Motoring sites have gone rather macabre in recent times with talk of flared nostrils and enlarged kidneys dominating headlines of late. It almost feels like 2001 all over again, with the controversial faces of BMW’s latest M3 and M4 drawing the same kind of flak directed at the polarising design of the E65 7 Series back in the day; a car etched in stone for its infamous “Bangle Butt”.

While I agreed with popular opinion at first, the dramatic façade BMW decided on for what is arguably its most iconic nameplate(s) has slowly grown on me. And even though the continued criticism is very much understandable, those expressed with a sense of disbelief just don’t make sense. Bigger grilles are an industry-wide trend. Aston Martin, Lexus, Mercedes and the lot are all treading down the same path to heavier breathing, albeit in a more widely-accepted fashion. And if Alfa Romeo can get away with replacing a car as visually timeless as the 159 with the big-nosed Giulia, there’s certainly no reason to hold BMW in such contempt.

In truth, the Bavarian outfit’s love for a well-proportioned pair of kidney grilles is far from lost if the G20 3 Series, which lays the groundwork for the G80 M3, is anything to go by. Although it isn’t universally loved for the way it looks, the base 3er still manages to pull off BMW’s latest design cues – conjoined grille frames and semi-hexagonal LED signatures, among others – with a graceful air of confidence while preserving the essence of an unmistakably handsome three-boxed Bimmer. Sure, some quarters give it plenty of flak for its Lexus-esque taillights. But let’s not forget that L-shaped clusters have been a Bavarian tradition long before anyone else decided to rock them.

The effectiveness of the G20’s design is best appreciated in 320i Sport format, the most accessible variant of the 3er on sale in Malaysia at time of writing. There’s always a welcomed sense of purity in Bimmers unburdened by the aesthetic complexities of M Sport components Malaysian buyers often obsess about. If we’ve learnt anything from the minimalist paintings of the late Robert Ryman, it’s that blank canvases are often quite precious. And the 320i reminds us that BMW doesn’t owe its reputation for upmarket sportiness to aggressive wheels and bumpers; there’s only one angle from which that quality can be assessed.

Getting into the driver’s seat for the first time, it dawns on me that the 320i doesn’t look or feel like notable a downgrade from the 330i M Sport whichever side of the door you’re on. There are some obvious differences that hit you in the face like the executive-spec steering wheel and classic twin-dial instrument cluster, which I personally prefer for its homage to its analogue predecessors. But despite some clear differences in configuration, the 320i does not feel as inferior as its RM45k discount over the 330i suggests.

That said, you’ll have to contend with the fact that the 320i has 74hp and 100Nm less on tap once you find the start button, which, in the G20, is located in the centre console where the iDrive knob and driving mode controls are – I’ve jabbed the dash countless times out of instinct to no avail. This deficit alone exceeds the output of a Perodua Axia, which costs close to RM45k at the business end with a bunch of options thrown in. So the numbers do add up after all. But just as I stab the throttle for the first time, the 3er makes me question that journalistic need to quantify every parameter all over again.

On the short pockets of straights you’d be lucky to stumble upon on the LDP and Federal Highway, 300Nm can easily masquerade as 400Nm, if not more; especially when it gushes in from only 1,350rpm. If anything, this low-end enthusiasm that rapidly develops an energetic mid-range cruise makes the 320i extremely endearing to drive in urban environments. It teaches you to work around its limitations beyond 4,000rpm and embrace the layers of entertainment it slips so expertly into the daily grind, all while keeping a keen eye on the theatrics that more powerful machines are often guilty of overdoing.

I can picture the angry gaze of the CBU ‘Sunset Orange’ 330i M Sport tester I drove last year weighing down the back of my head as I finished that last sentence. Its overzealous response and perpetually rigid ride – something that wouldn’t feel out of place in an actual M3 – are pretty hard to forget after all. The 320i’s comfort-biased suspension makes a world of difference to the overall driving experience. And it’s not merely about keeping things pleasant over bumps and potholes while you’re trying to stay engaged with the zesty two-litre powertrain. 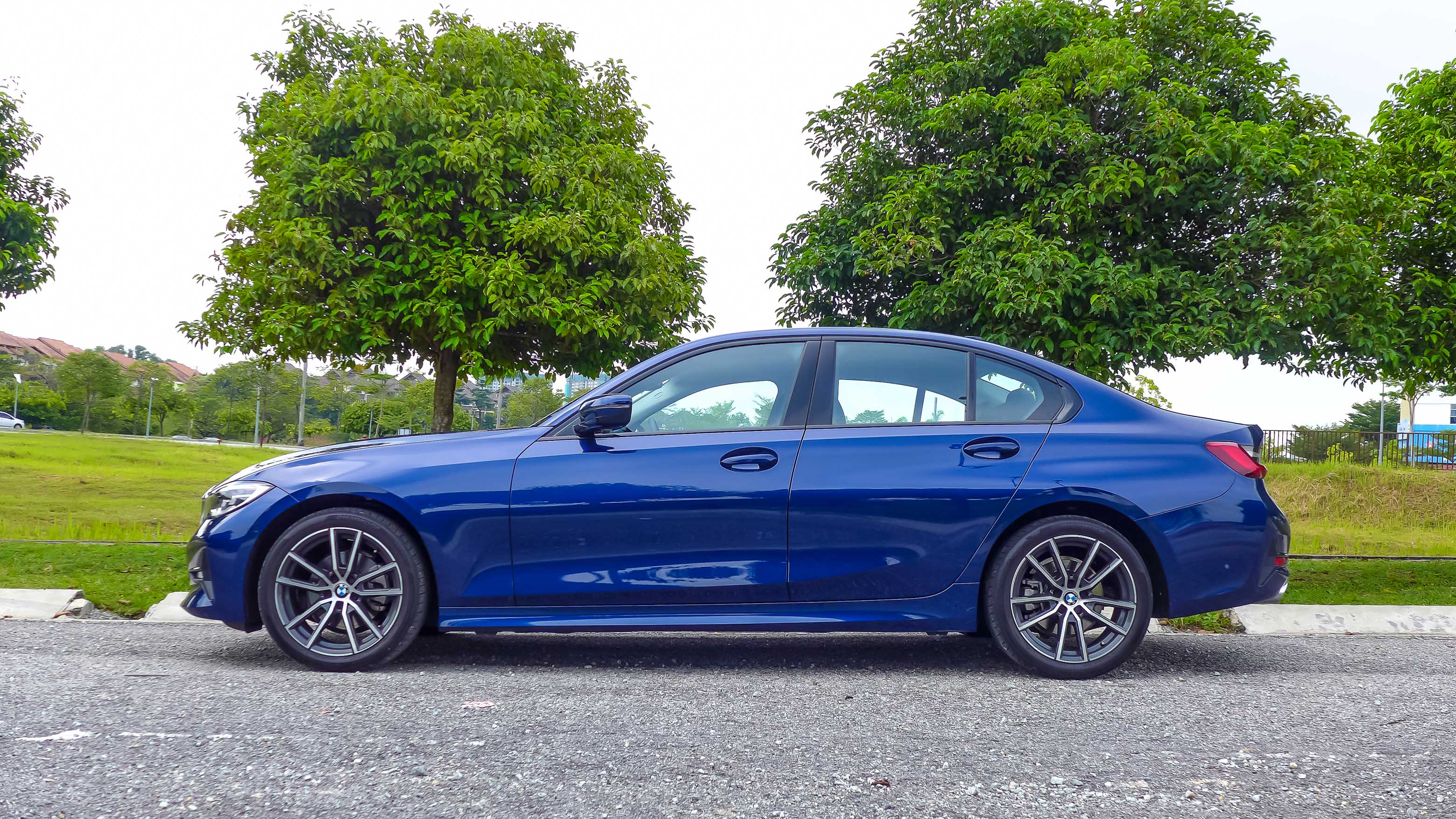 If we’ve learnt anything from the minimalist paintings of the late Robert Ryman, it’s that blank canvases are often quite precious.

As the driver, I can feel my senses heighten with the car’s composure. At least that’s what the 320i leads me to believe. Its calm and casual demeanour nudges other qualities to light; things like the reliably smooth shifts separating first gear from eighth, and the G20 chassis’s near faultless weight transfer under inertia, not that any less is expected from a 3er regardless of its label. Like the fixed dampers, steering response is on the light and easy side too. It might convince certain purists to dock a few points off the 320i’s score, but a few sweeping bends will help you find the sweet spot.

Sweet spot; that seems like the 320i Sport’s natural position in BMW Malaysia’s current two-model G20 3 Series line-up (which will soon grow if rumours of an incoming 330e materialise). It carefully treads the thin line separating the extremities that are too little and too much in a segment acclimatised to abundance, be it in terms of equipment, performance and pizzazz. And even after factoring some less-than-desirable quirks such as the B48 engine's hollow rattle at idle that's audible from outside the car and the fact that you'll still have to fork out RM1,299 to get Apple CarPlay working in a near-RM250k car, the 320i is a superb all-rounder that's incredibly hard to fault for what it's worth.

All things considered, the base G20 is a thorough improvement over the F30 320i (and 318i) in almost every respect; one that makes a much stronger case for the 3 Series nameplate when stacked up against its archrival and segment favourite, the Mercedes C200. Laced with the emotion and charisma that once defined the brand in the simpler, analogue era, the 2020 320i Sport reminds us that the car with the most tech and power isn't necessarily the best. And as things stand, it's certainly the 3er to have in my books. 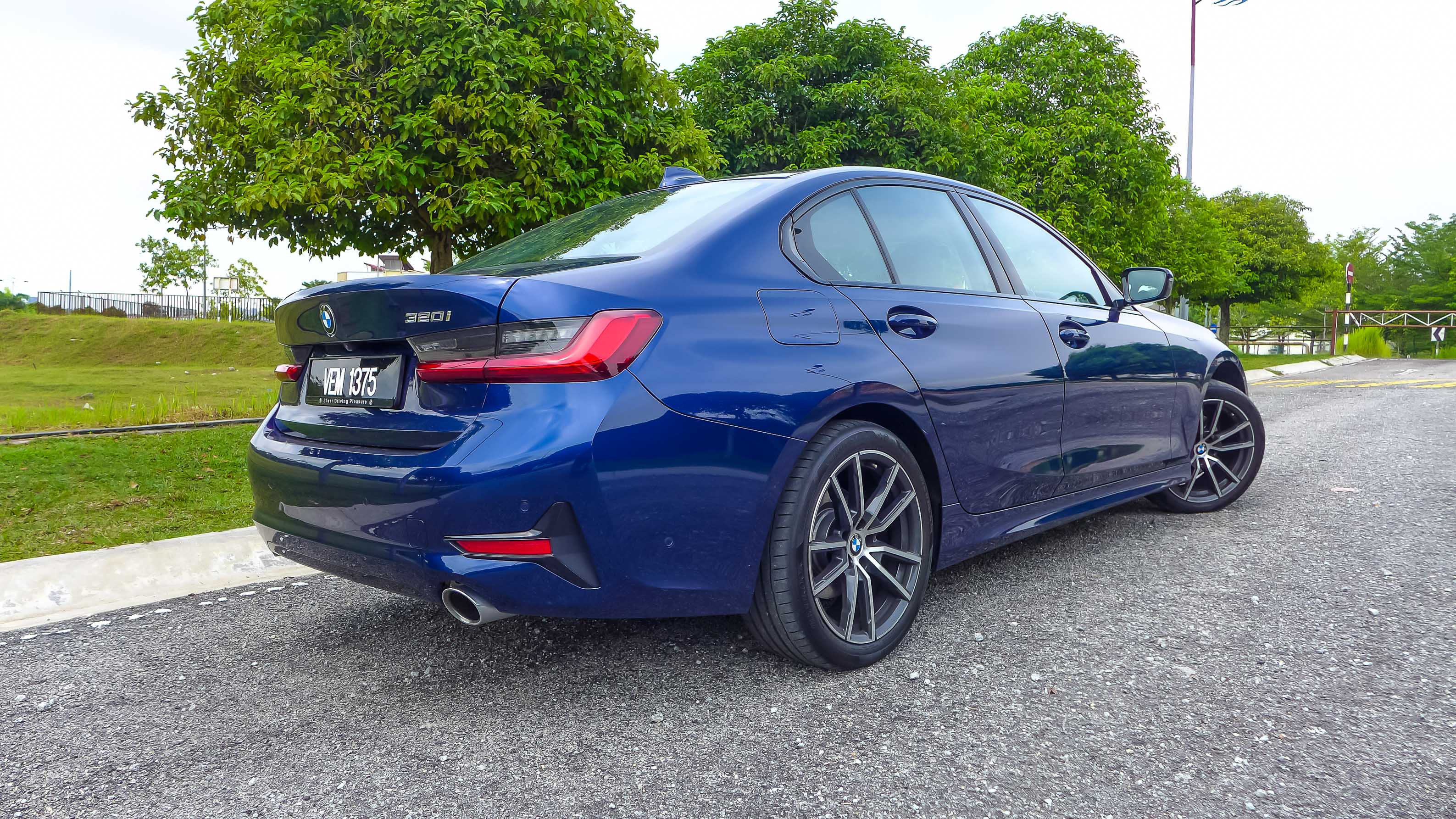 Energetic powertrain and engaging dynamics make for an executive saloon that treats the urban jungle like a go-kart track. All-round finesse masks any deficit in output and asserts the 320i as a genuine alternative to the 330i rather than a poor man's 3er. A masterclass in accessible, upmarket performance. 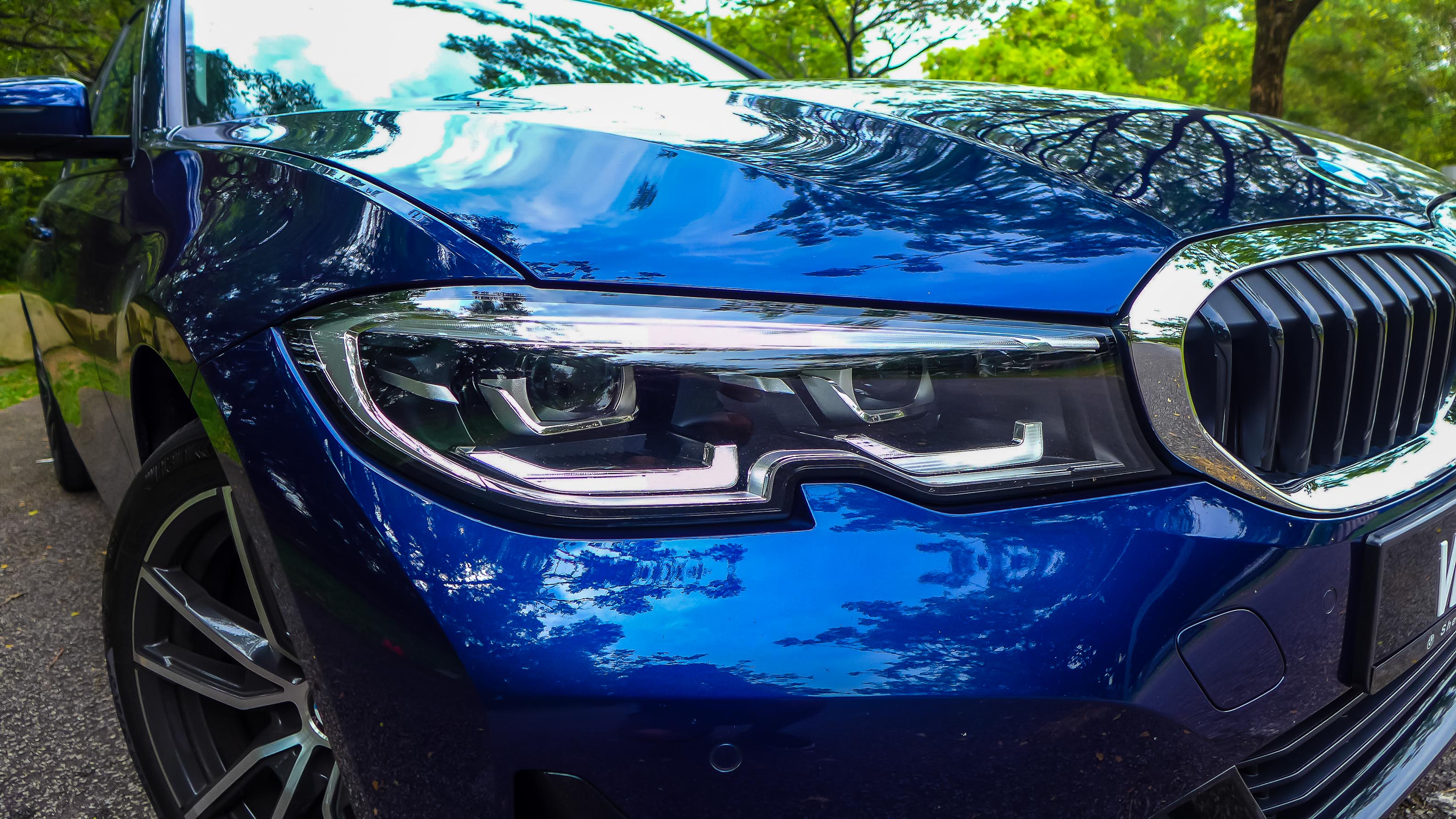 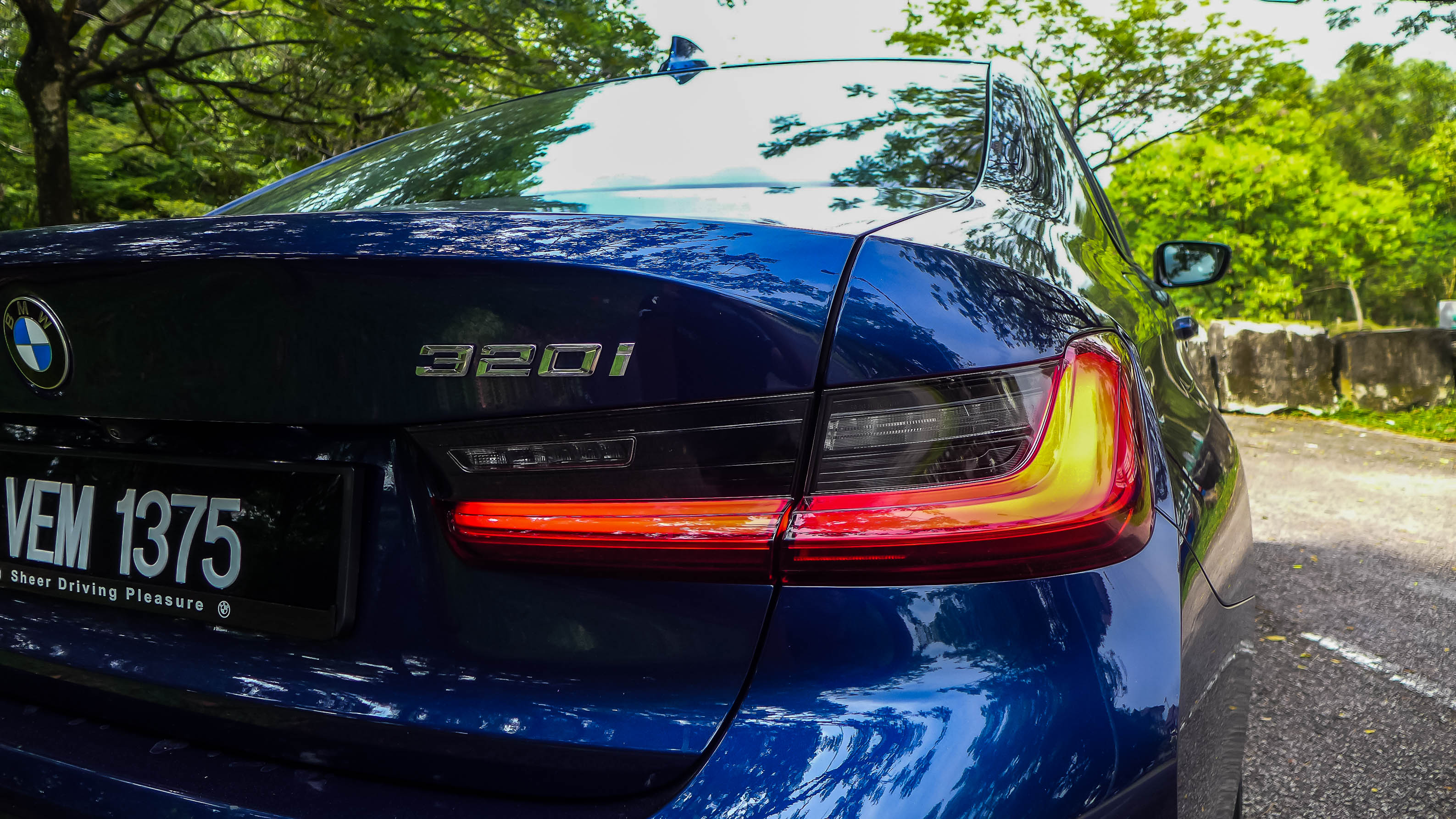 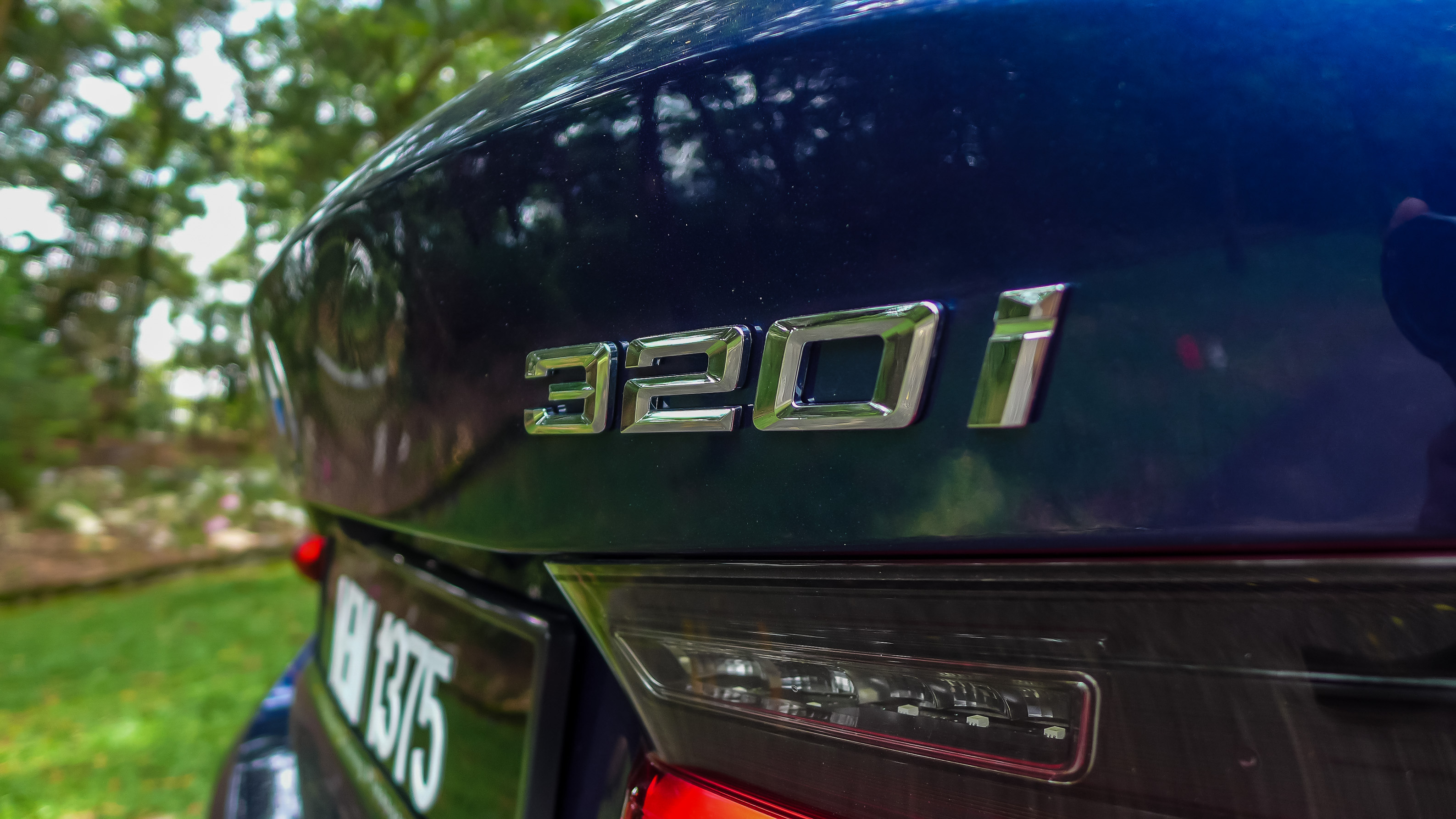 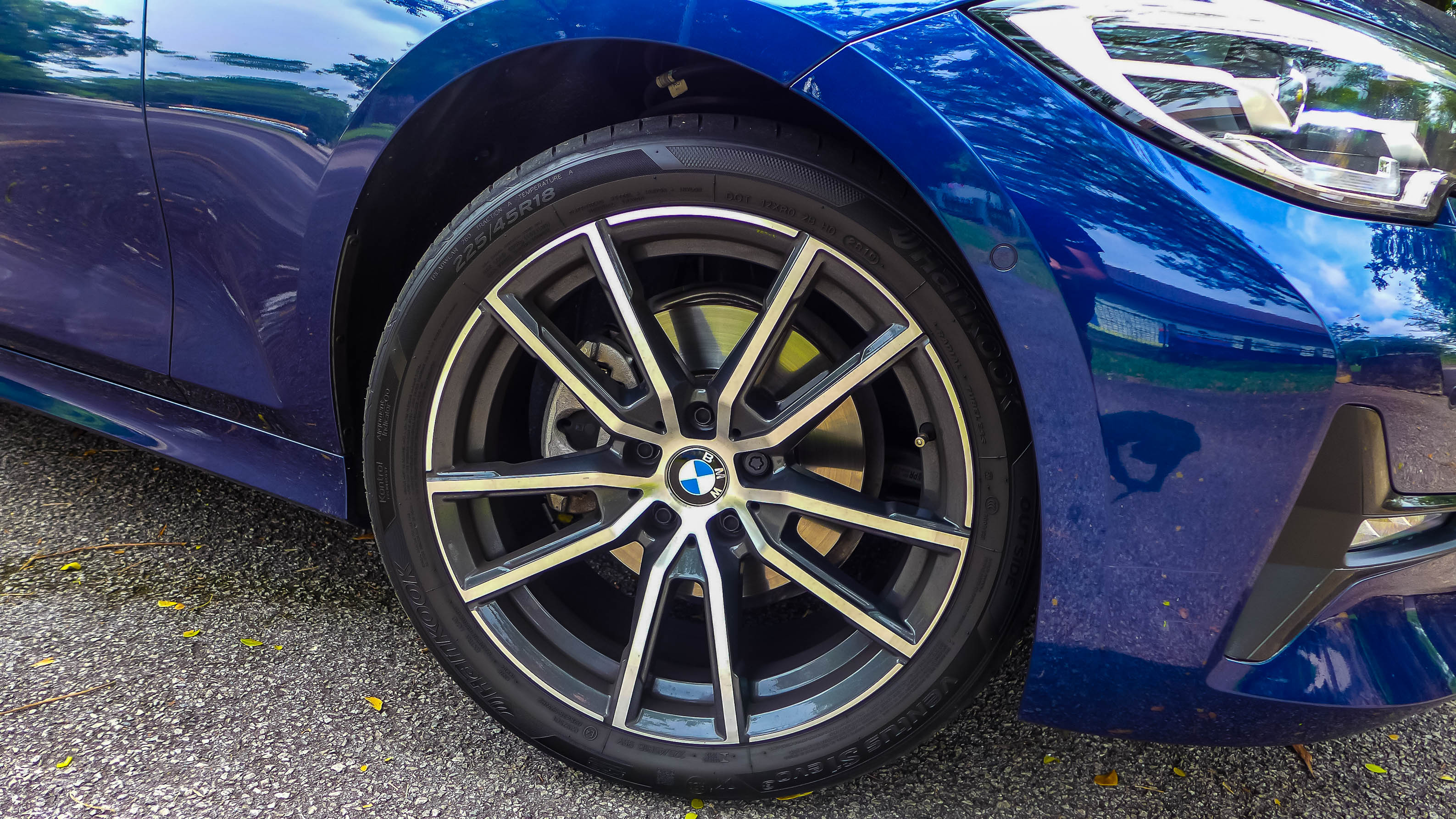 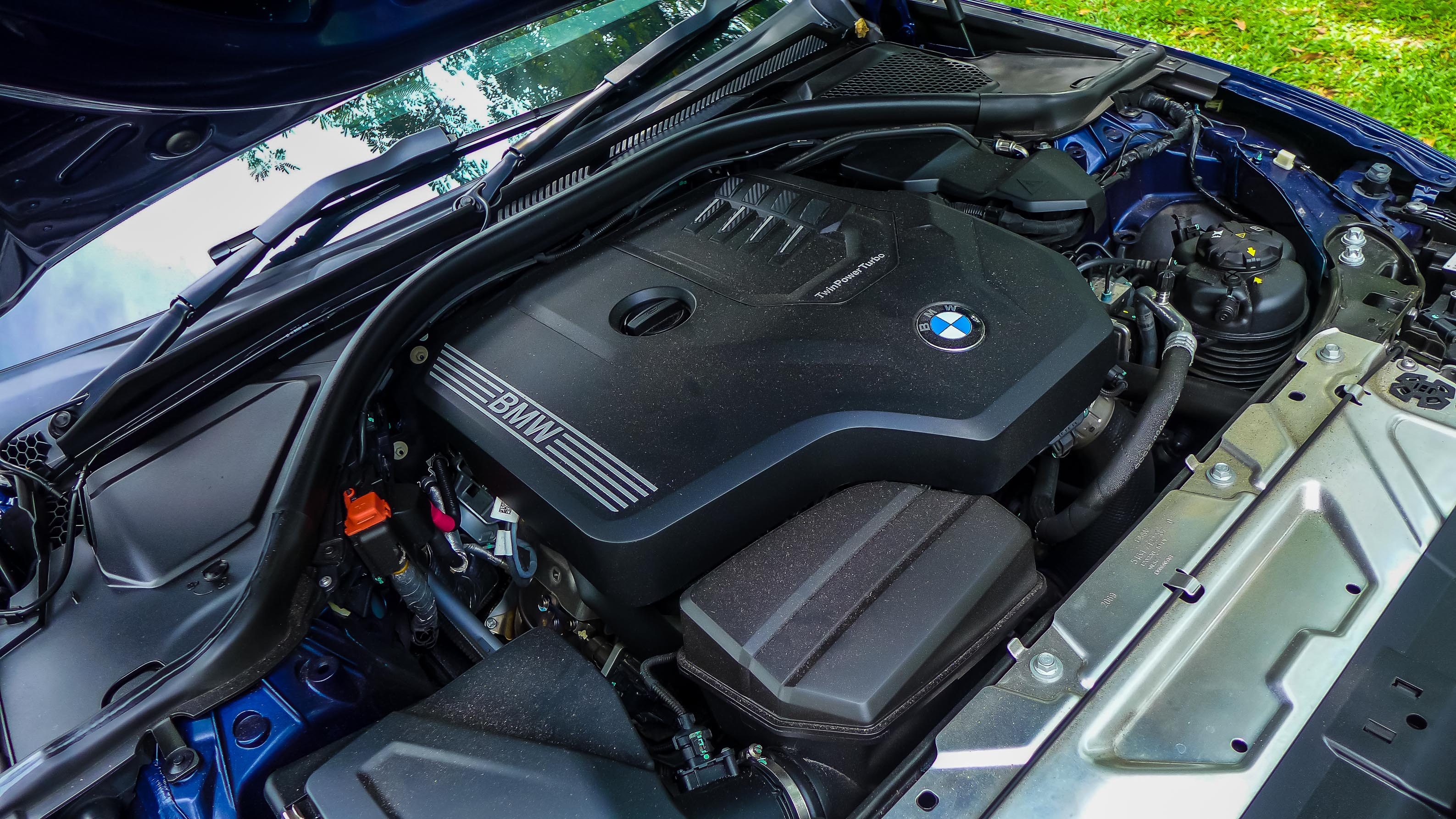 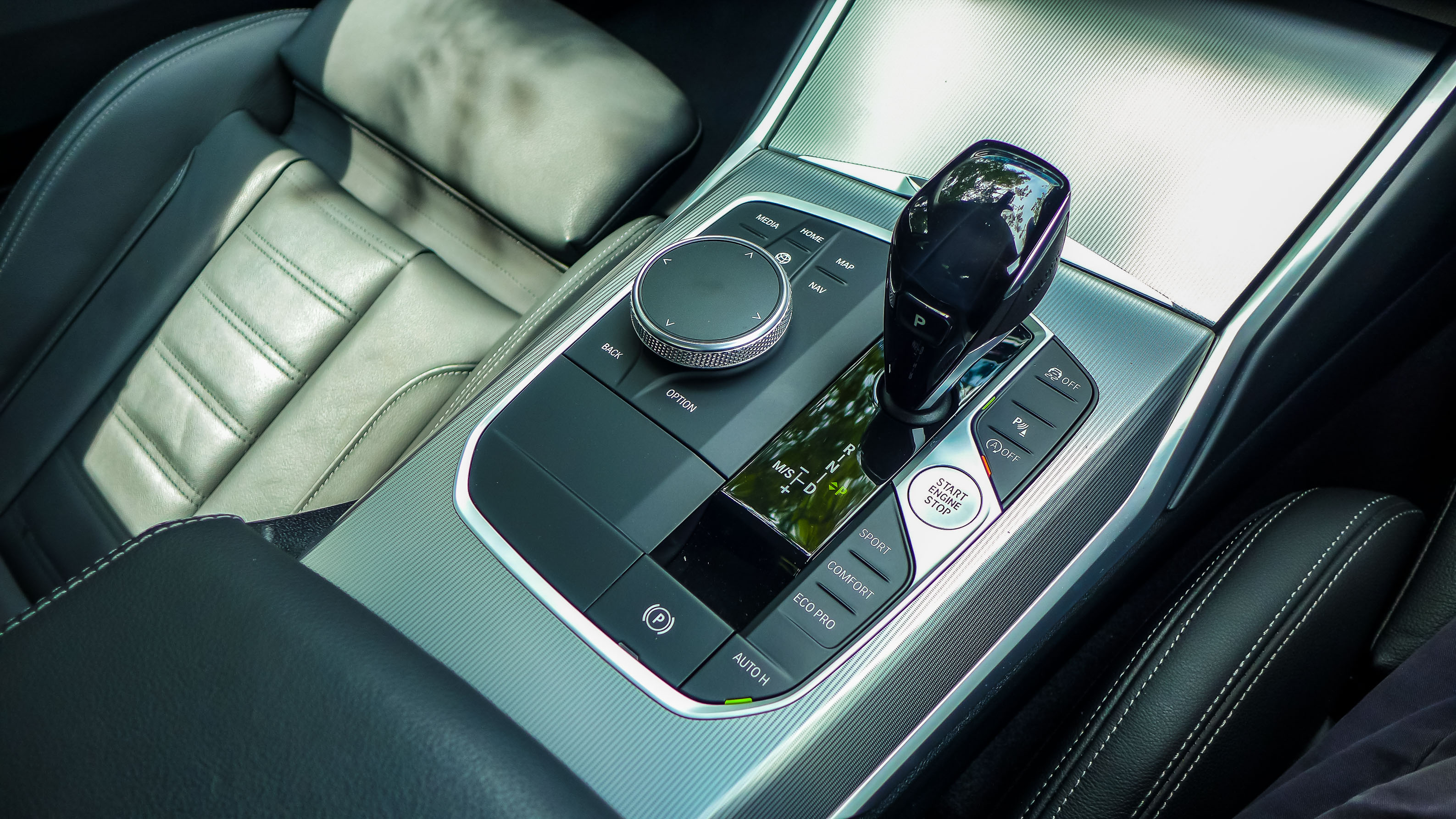 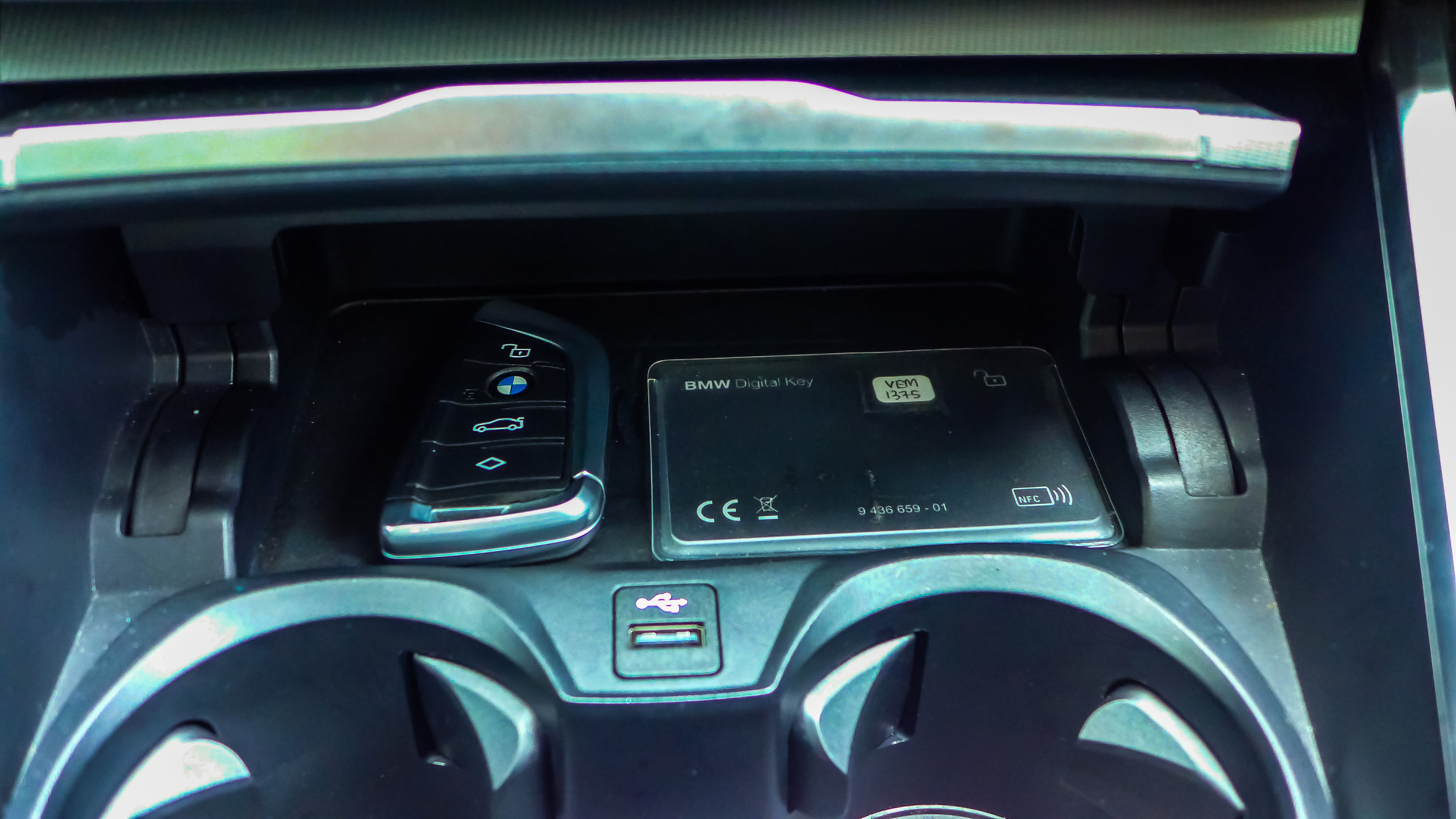 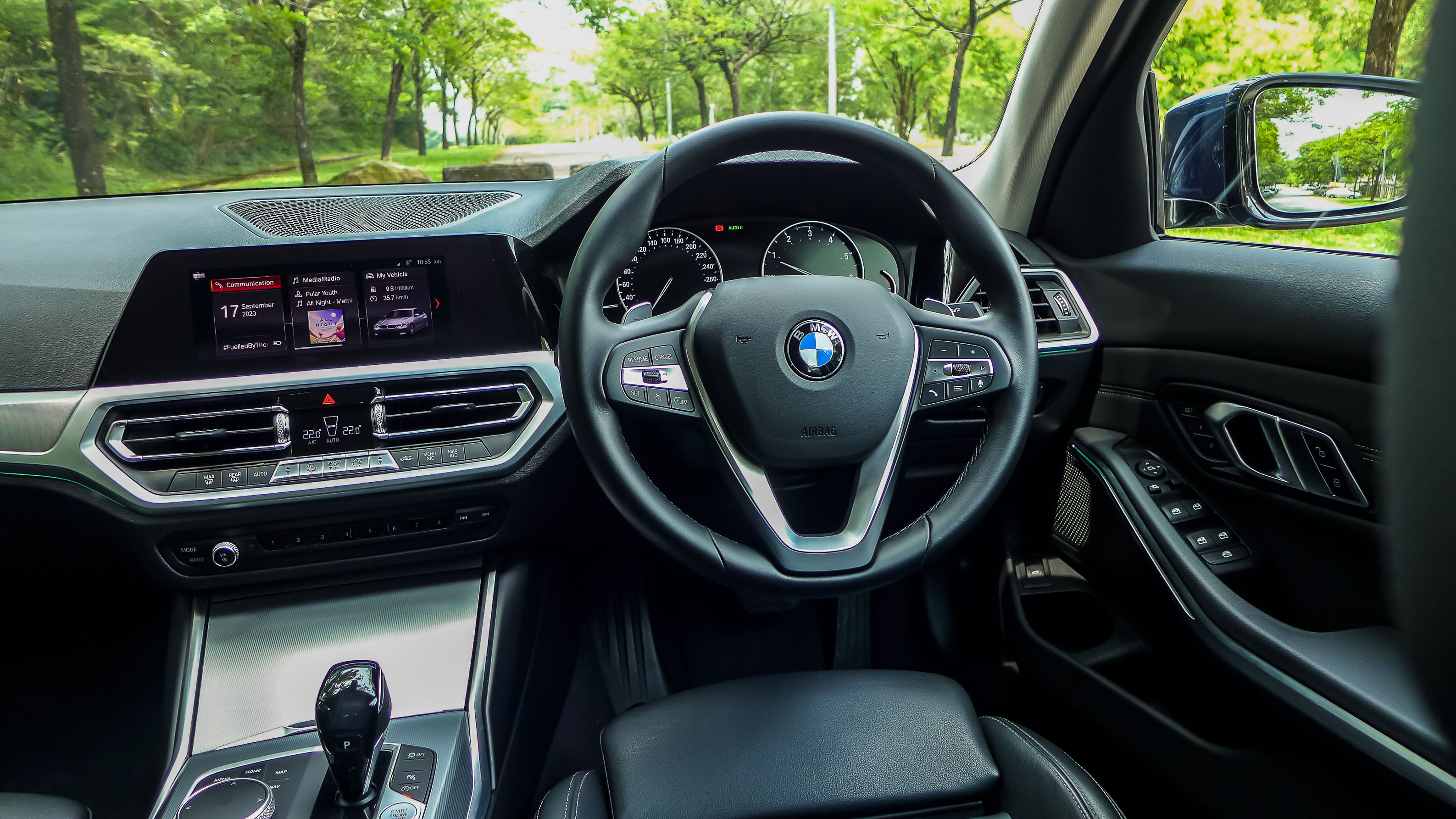 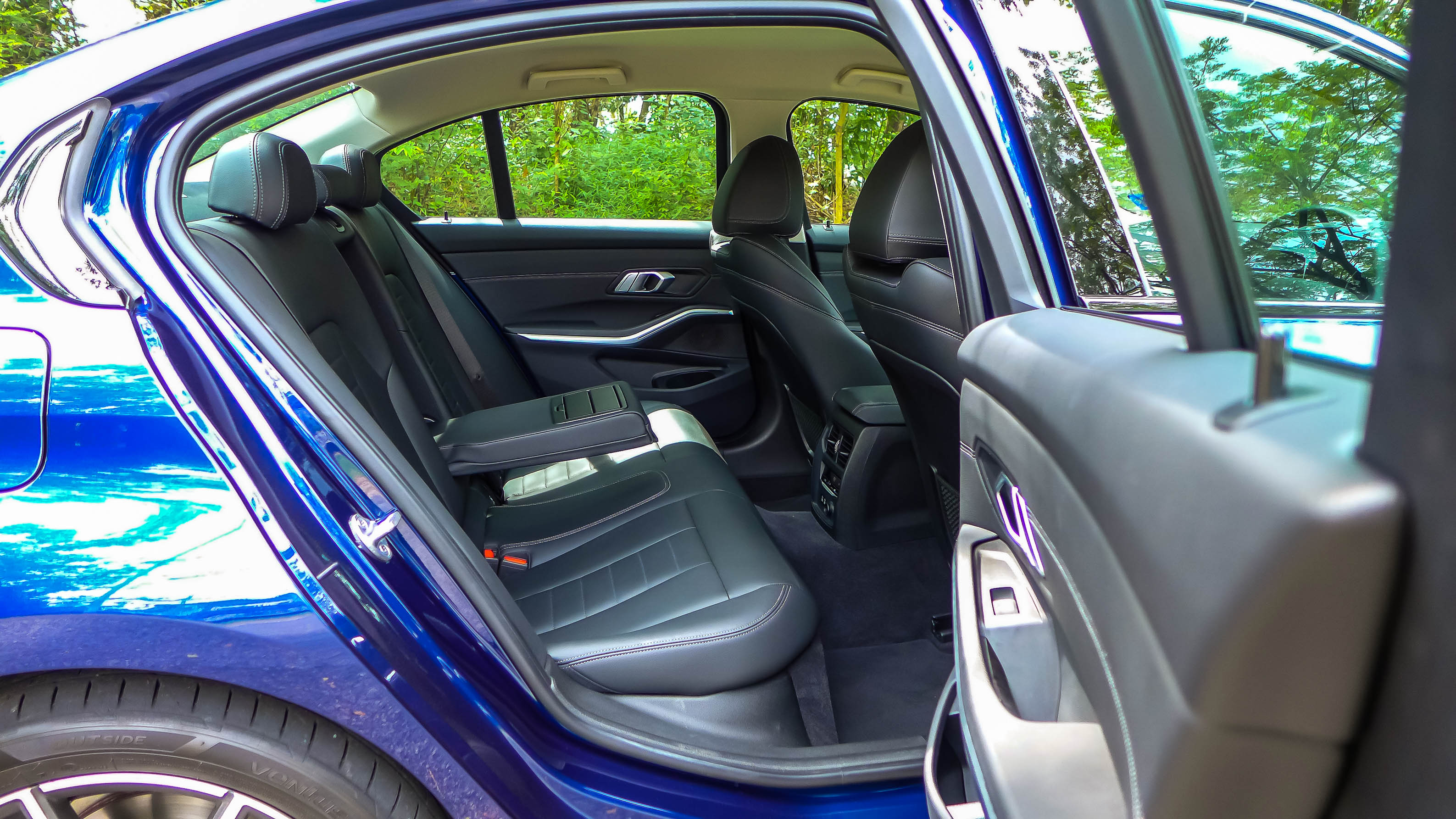