Geely KX11 teased: is this Proton's SUV flagship from the future? 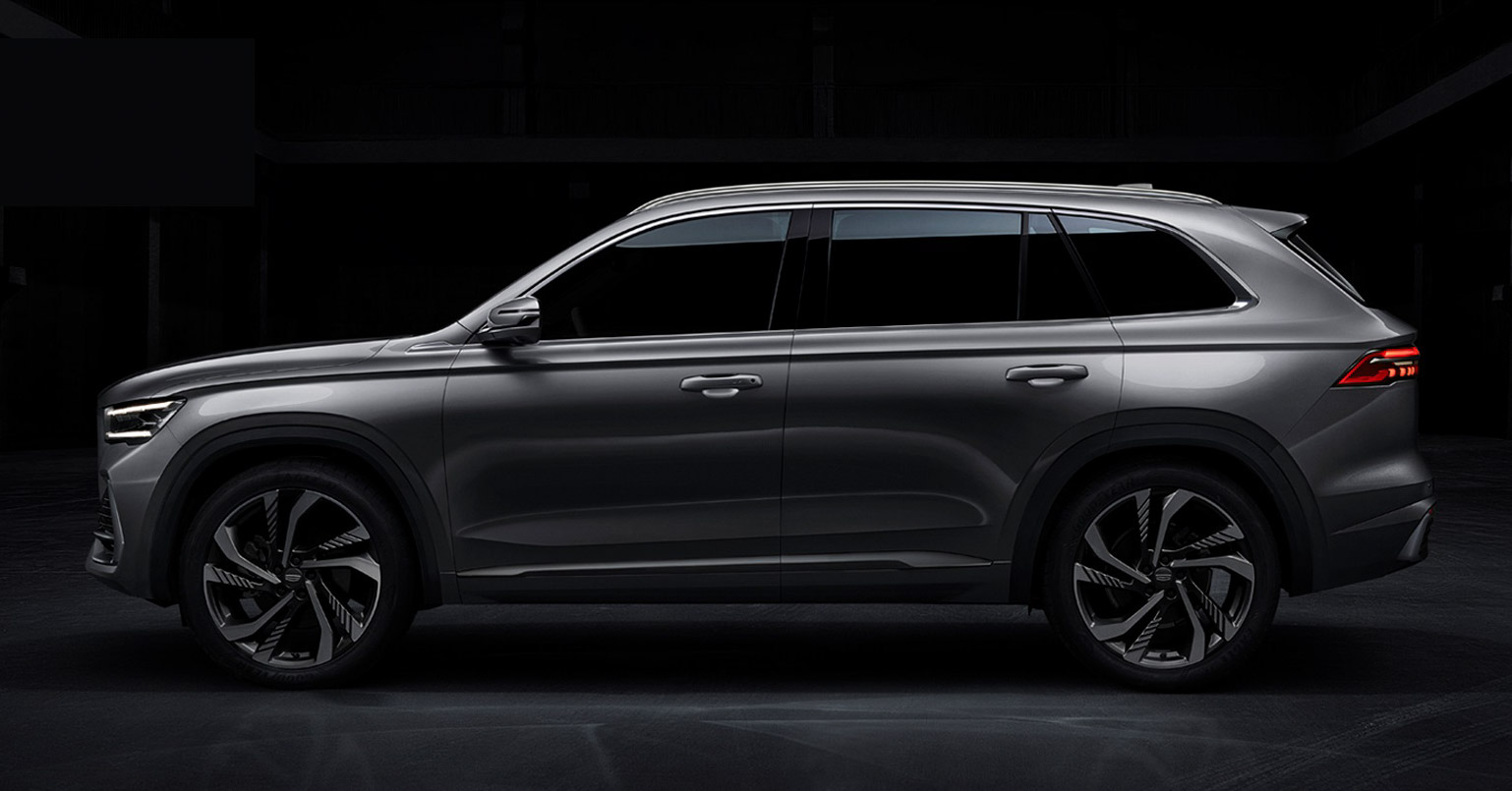 Geely has just teased its future flagship SUV, and it sure means business. Codenamed the KX11 for now, the Chinese carmaker's latest product rides on the Compact Modular (CMA) platform which also underpins the X6-mimicking FY11 (Xingyue) plus non-Geely models like the Volvo XC40, Polestar 2 and a host of Lynk & Co. offerings.

Compared to the Geely Haoyue, which has largely been rumoured to be the Proton X90,the KX11 is evidently styled as a more premium alternative, with special attention given to the LED-sandwiched headlights, the brand's signature 'expanding cosmos' grille intertwined with Volvo-esque vertical slats and massive, turbine-like wheels.

With plenty of space between the rear door handles and the seemingly sleek LED taillights, the KX11 certainly looks big enough to house seven seats, but we'll need to wait for pictures of the interior before we can be absolutely certain. As one of the brand's more luxurious offerings, it also remains to be seen if there are any improvements on the infotainment front - a next-gen GKUI interface perhaps?

Powertrain details are scarce at the moment, but the KX11 could go the Haoyue's route with Geely's 1.8-litre four pot turbo. Being a CMA product, it could also look to the Volvo XC40's T5 engines as an option, which leaves the door wide open to the possibility of electrification as well.

Would this be a better fit as Proton's future flagship SUV than the Geely Haoyue? Or do you think both models can coexist, with the Haoyue staying the course to become the X90 while the KX11 does one better as a Proton X100?