The 542bhp Aston Martin DBX is now in Malaysia 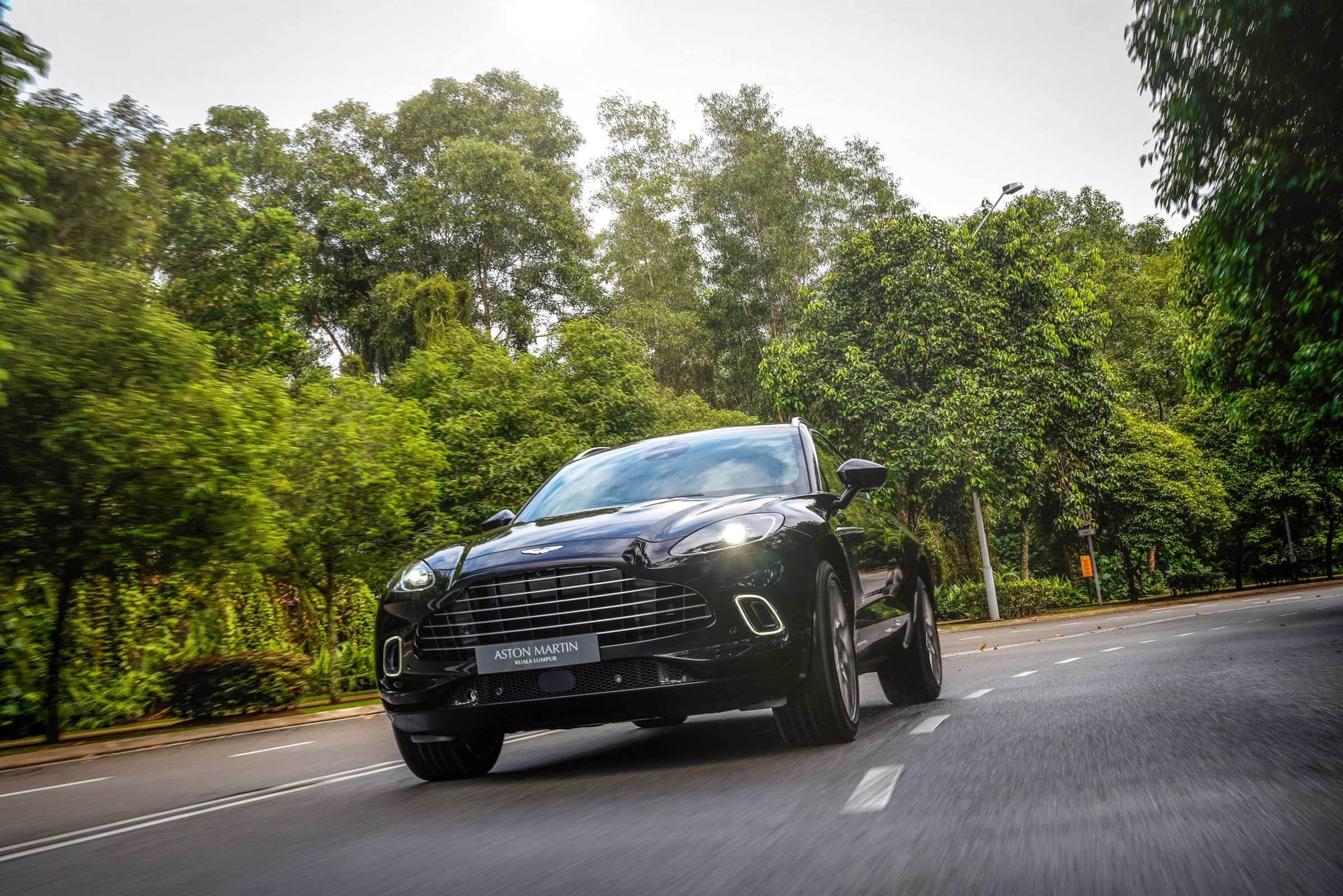 The future of Aston Martin is looking quite racy, with the British marque competing as a works team in Formula One from 2021 with four-time world champion Sebastian Vettel at the wheel. But on the business end of things where what happens on public roads matter more than trackside action, the fate of the company hinges heavily on one of its least sporty products to date: the Aston Martin DBX.

Like other supercar manufacturers who are feeling the pinch of increasingly tight margins in the trade of high-flying GTs and mid-engined speedsters, Aston Martin has resorted to building its first ever SUV in an attempt to balance the books. The company calls the DBX its “first ever full-size five-seat model”, one with 632 litres of luggage capacity to boot. So it’s highly practical by the brand’s standards. And somewhat accessible too.

That was what we were led to believe when Aston Martin Kuala Lumpur opened the order books for the DBX in Malaysia last year with a base price of RM798,000 sans duties and options. Fast forward 11 months and the 2.2-tonne, off-road ready Aston has officially landed on our shores in its full- production glory, but with its asking price bumped up slightly to RM818,000 before duties, options, taxes and insurance, which is quite a bit more than the recently-launched Bentley Bentayga. So, what do you get for the money?

For starters, there’s AMG’s signature four-litre twin-turbo V8 under the DBX’s clamshell hood in a 542bhp state of tune. There’s also 700Nm of twist to feed the all-wheel drive system via the DBX’s nine-speed torque converter automatic transmission and a pair of differentials – an active central unit and an electronic LSD in the rear. Rounding up the DBX’s all-terrain gear is its 48V electric anti-roll control system (eARC) and electronic dampers capable of raising the ride height by up to 45mm or lower it by 50mm depending on the driving conditions.

Our British colleagues have already validated the DBX’s off-road abilities. But if you keep it on the tarmac like a sane owner of a million-Ringgit ride, the big Aston will reward you with a 4.5-second century sprint on the straights, before maxing out at a top speed of 291kph. This is probably slower than the Valhalla teased in No Time to Die trailers, but still quick enough for Bond to outrun his baddies in nonetheless. 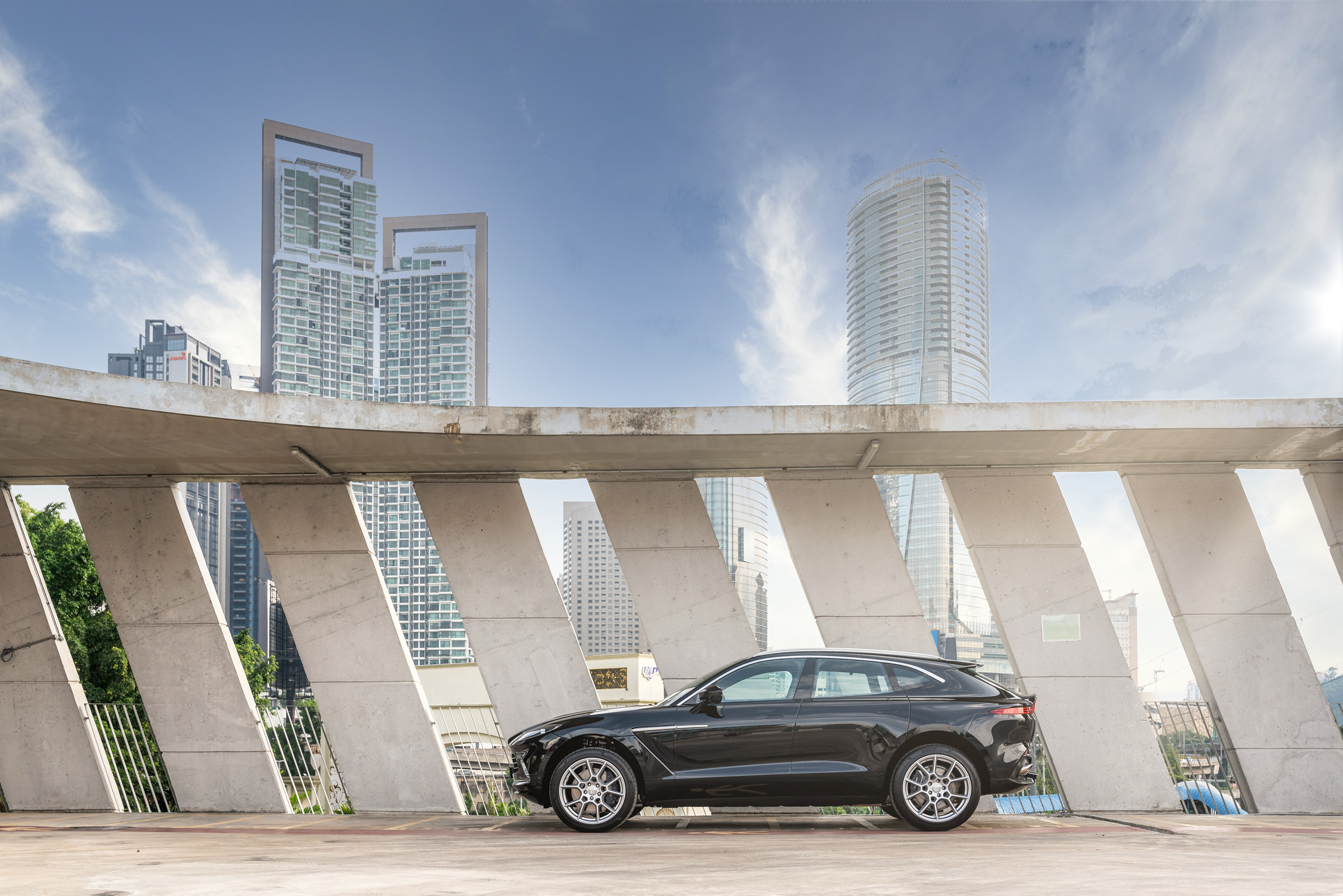 Being an Aston Martin, the DBX can be specced with some novelties such as a centre console machined from a solid piece of walnut wood and a vast range of interior trim materials, including a fabric made of 80 percent wool. Utilitarian add-ons befitting an SUV include a portable washer to rinse your pet after a day in the woods and a “Snow Package” to make skiing trips a lesser chore, not that that’s needed in this part of the world. Good luck finding machine guns and homing missiles in the ‘Q by Aston Martin’ catalogue, though.

Other creature comforts and safety features that you’d expect from a modern, luxury SUV are also part of the DBX’s spec sheet. Whether it’s a head unit hooked up with Apple CarPlay and a 360-degree parking camera or semi-autonomous driver aids like adaptive cruise control or lane keep assist, if you can think of it, chances are the DBX has it.

Not convinced? Have a closer look at the DBX yourself before you write that cheque. The SUV is now available for viewing in Aston Martin Kuala Lumpur’s showroom in the heart of the city. And if you’re still not sold, the Bentley showroom is right next door. 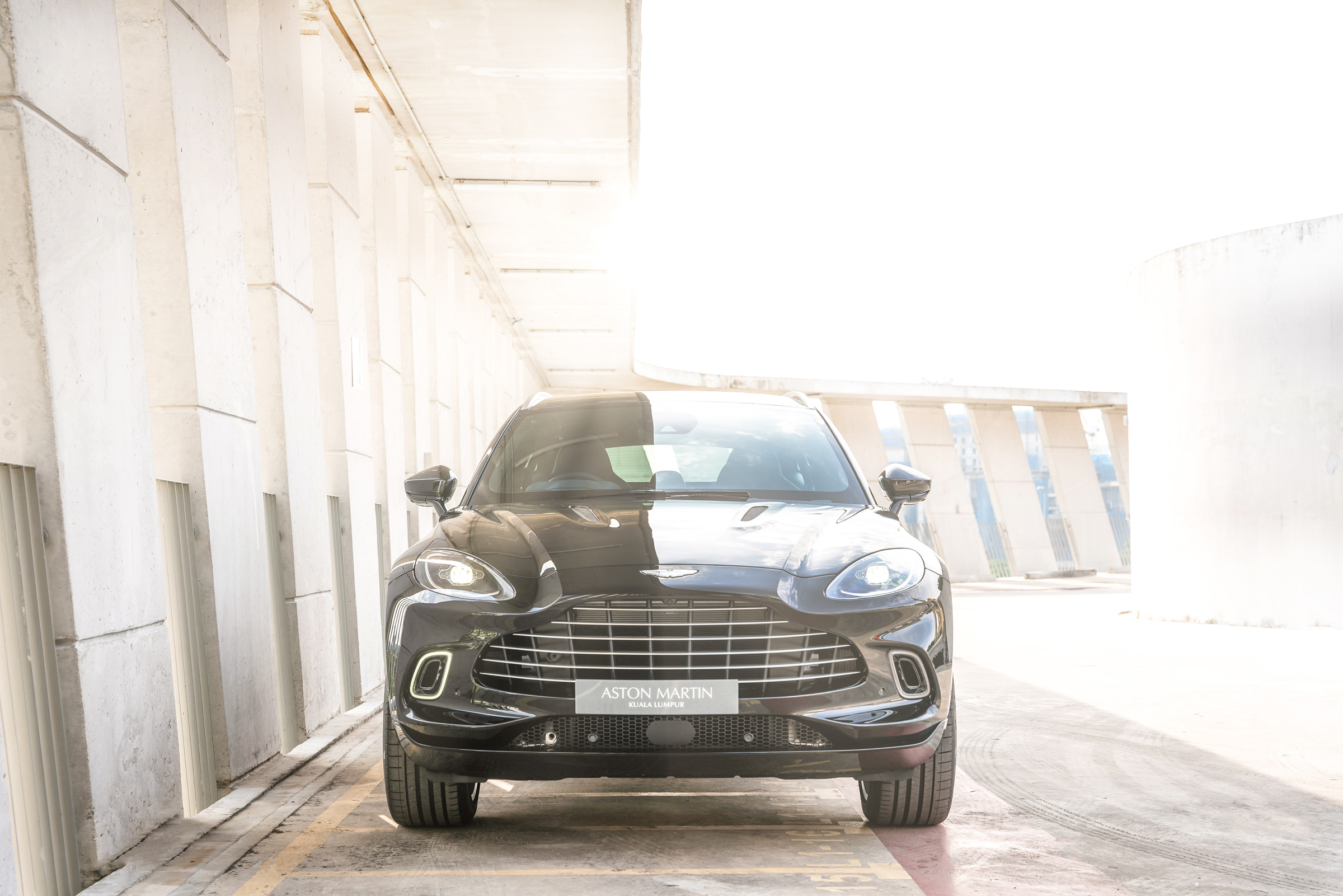 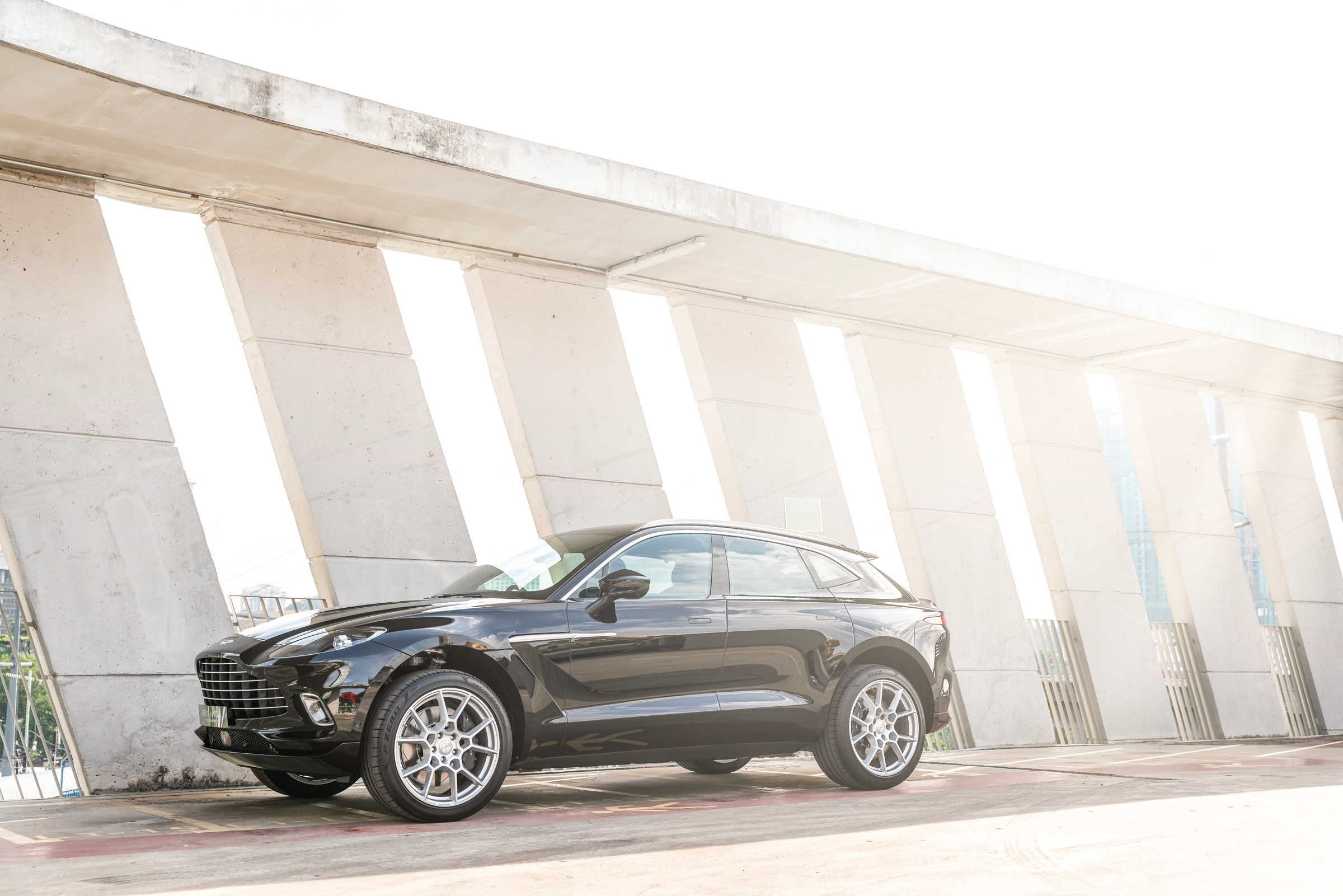 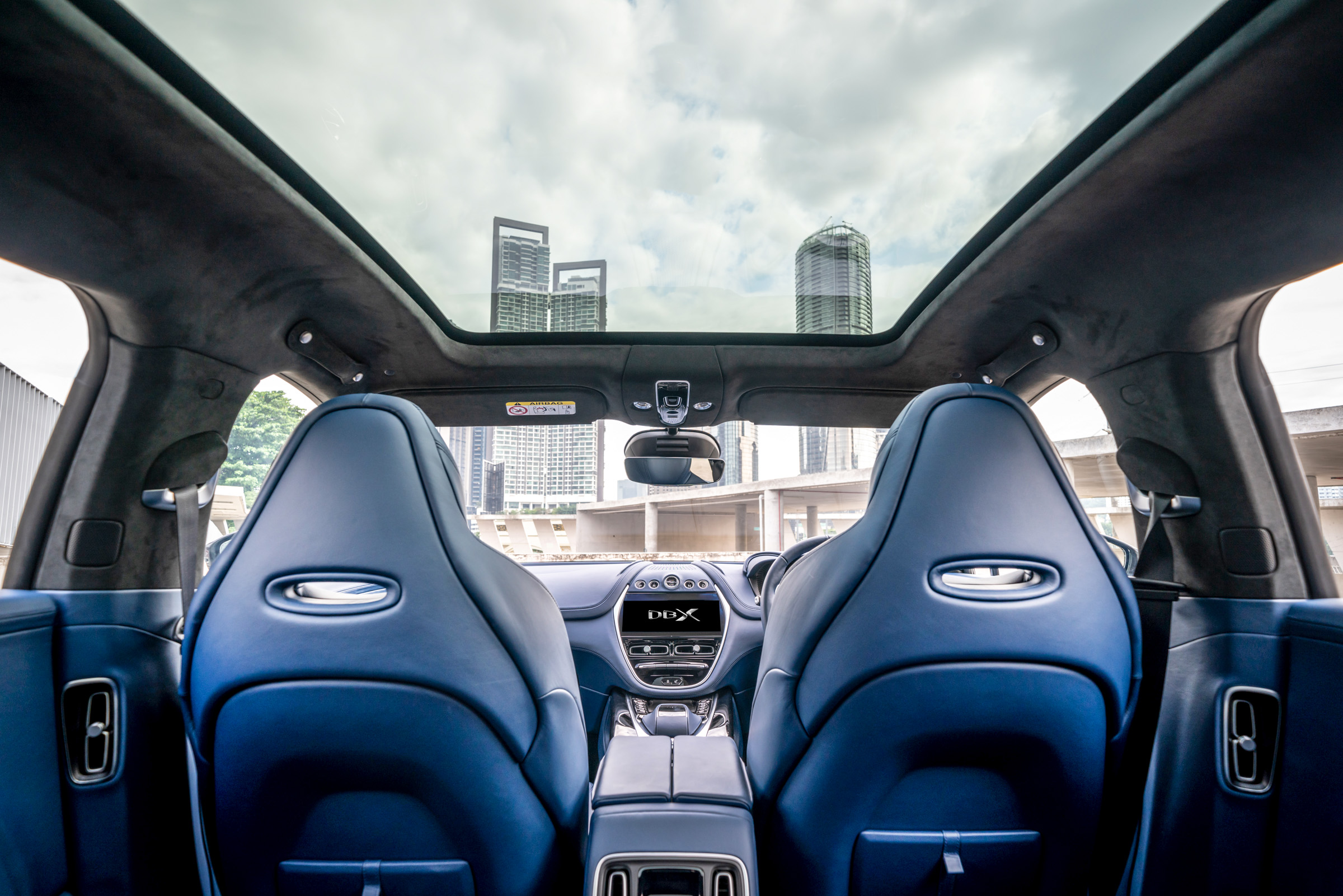 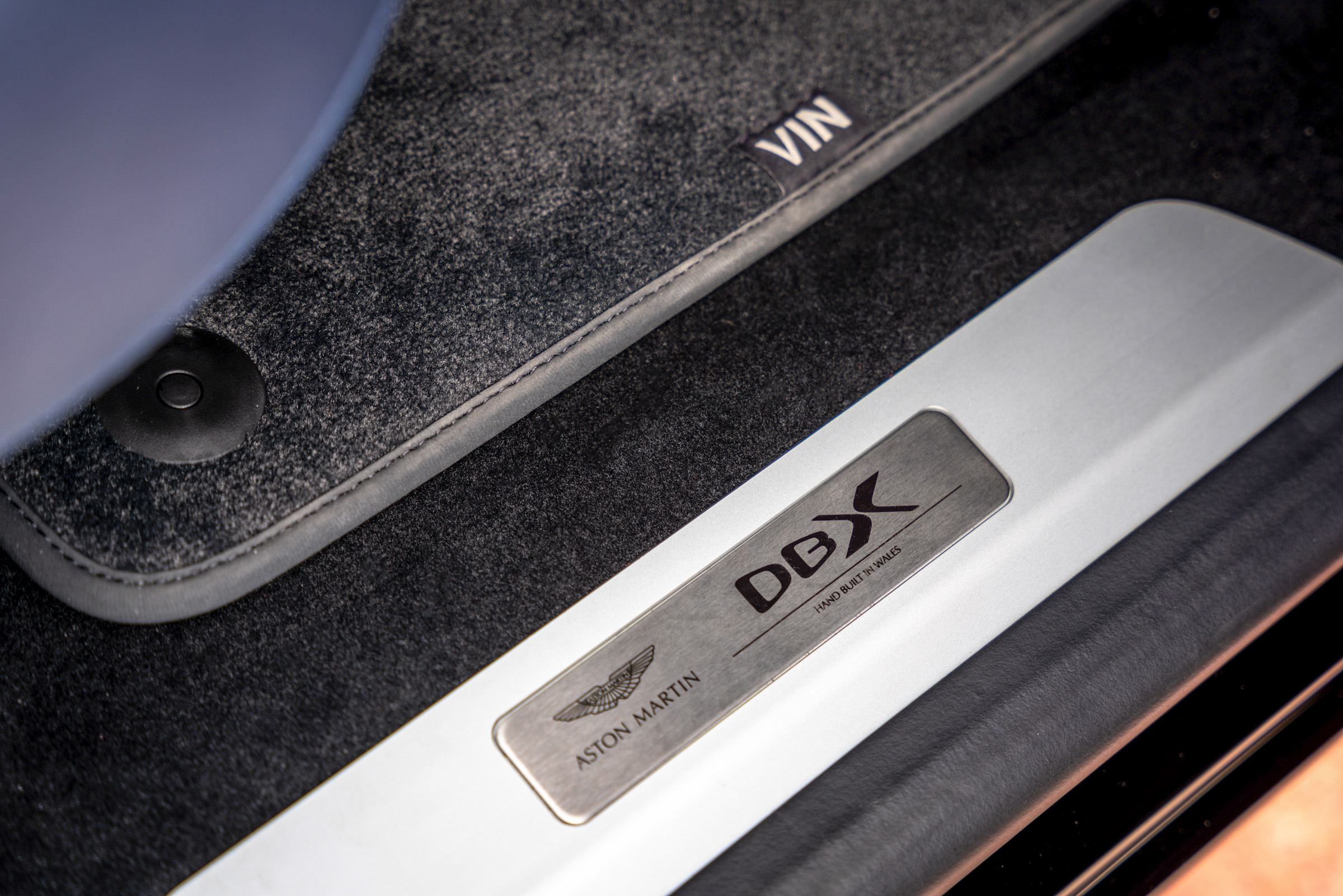 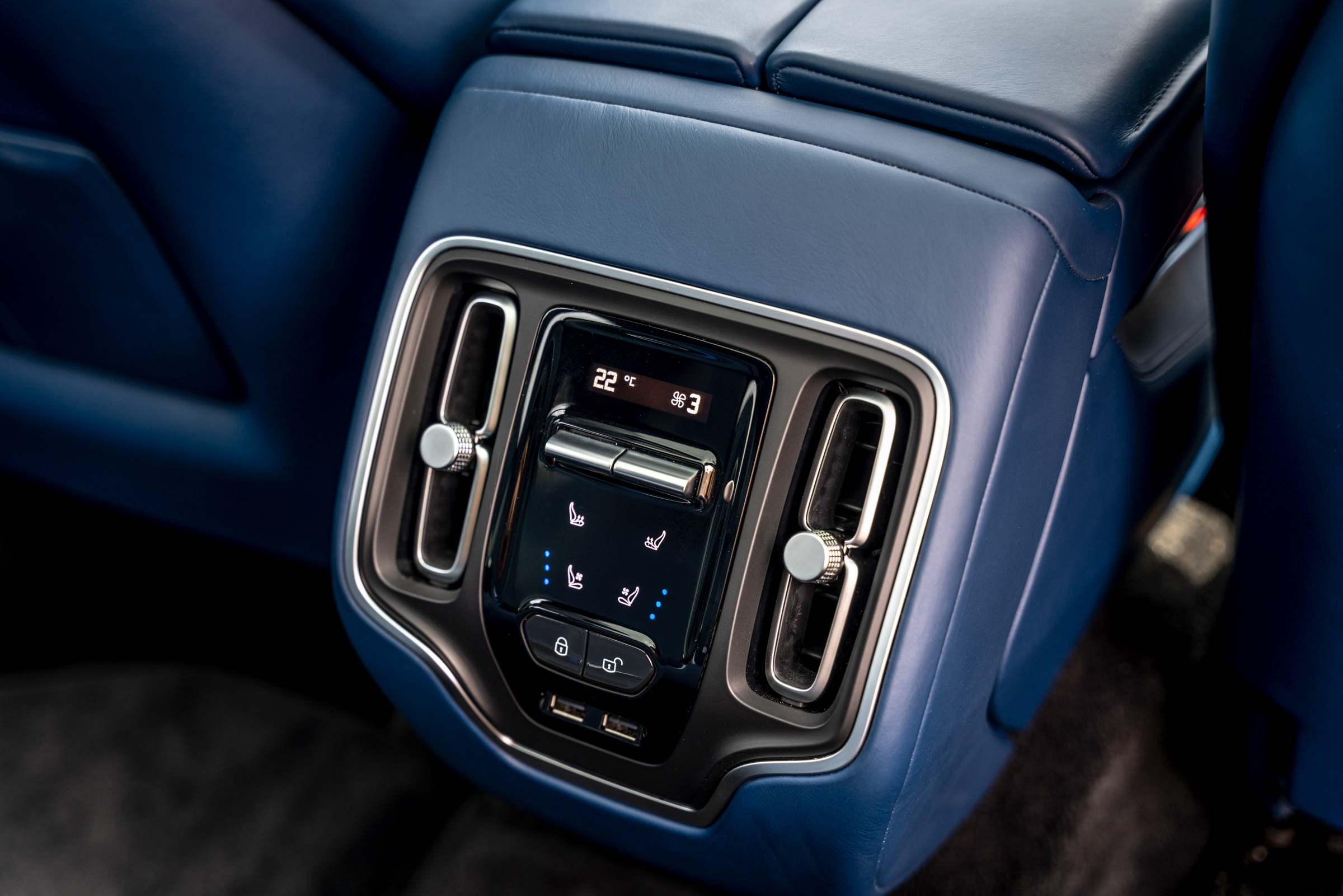 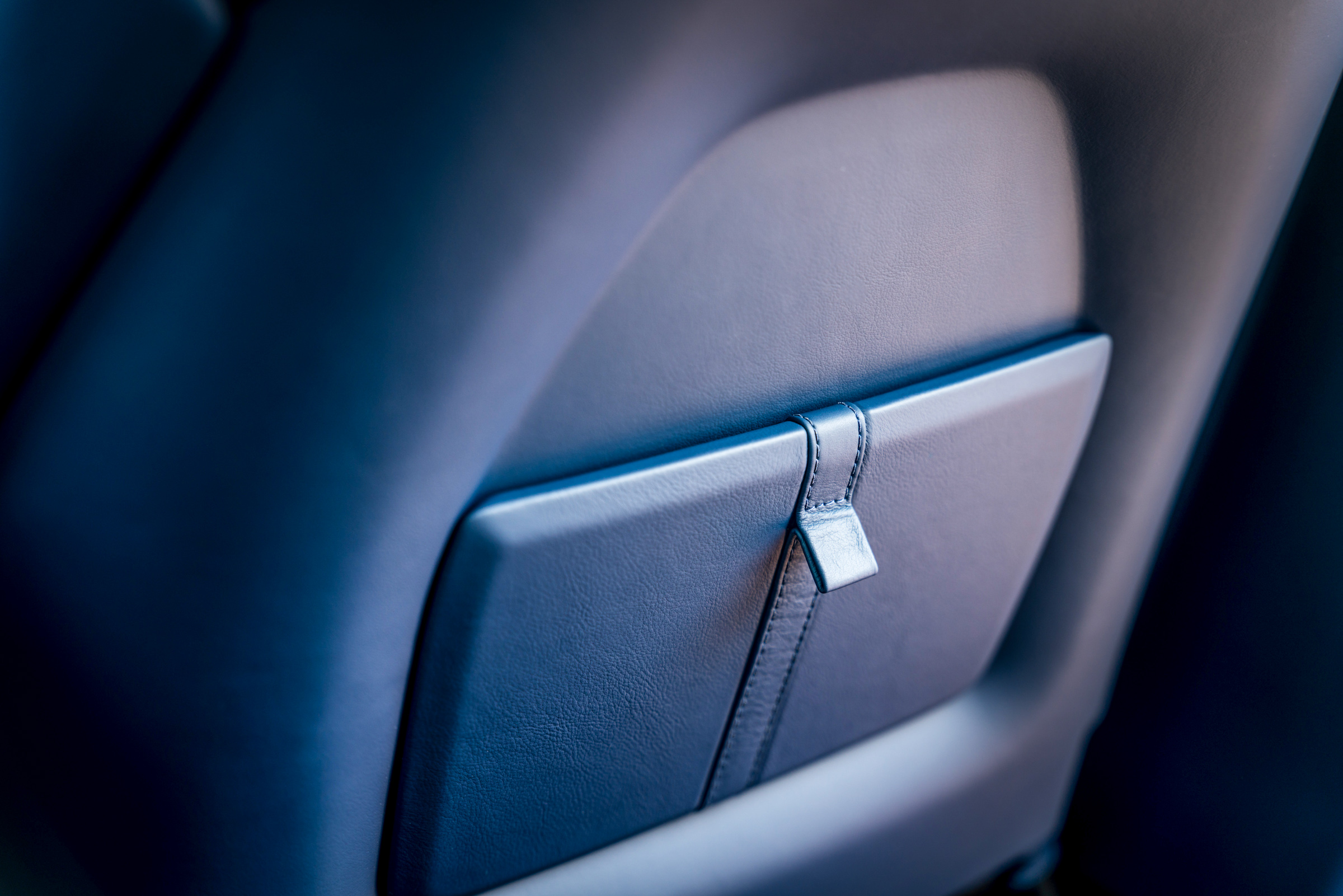 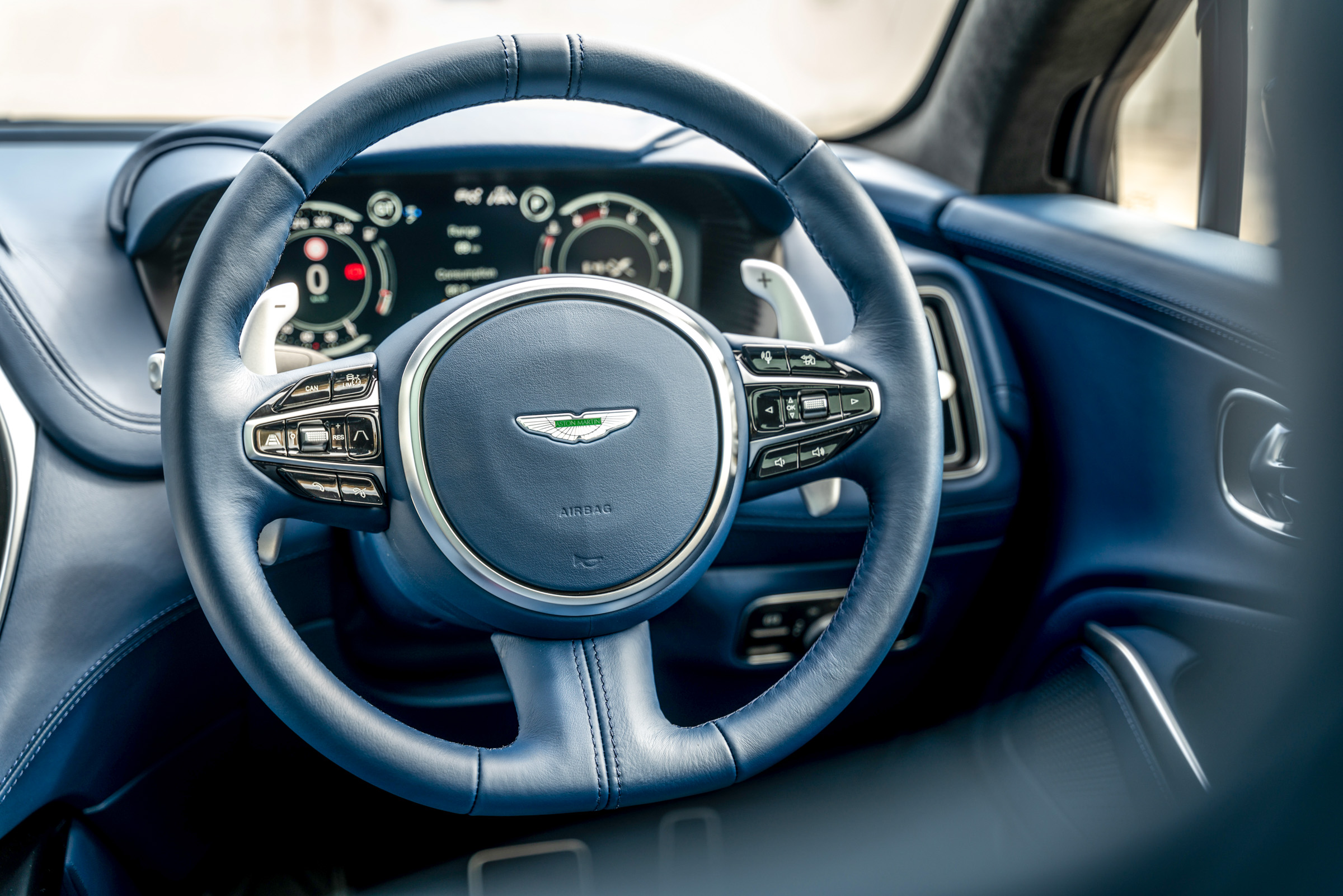 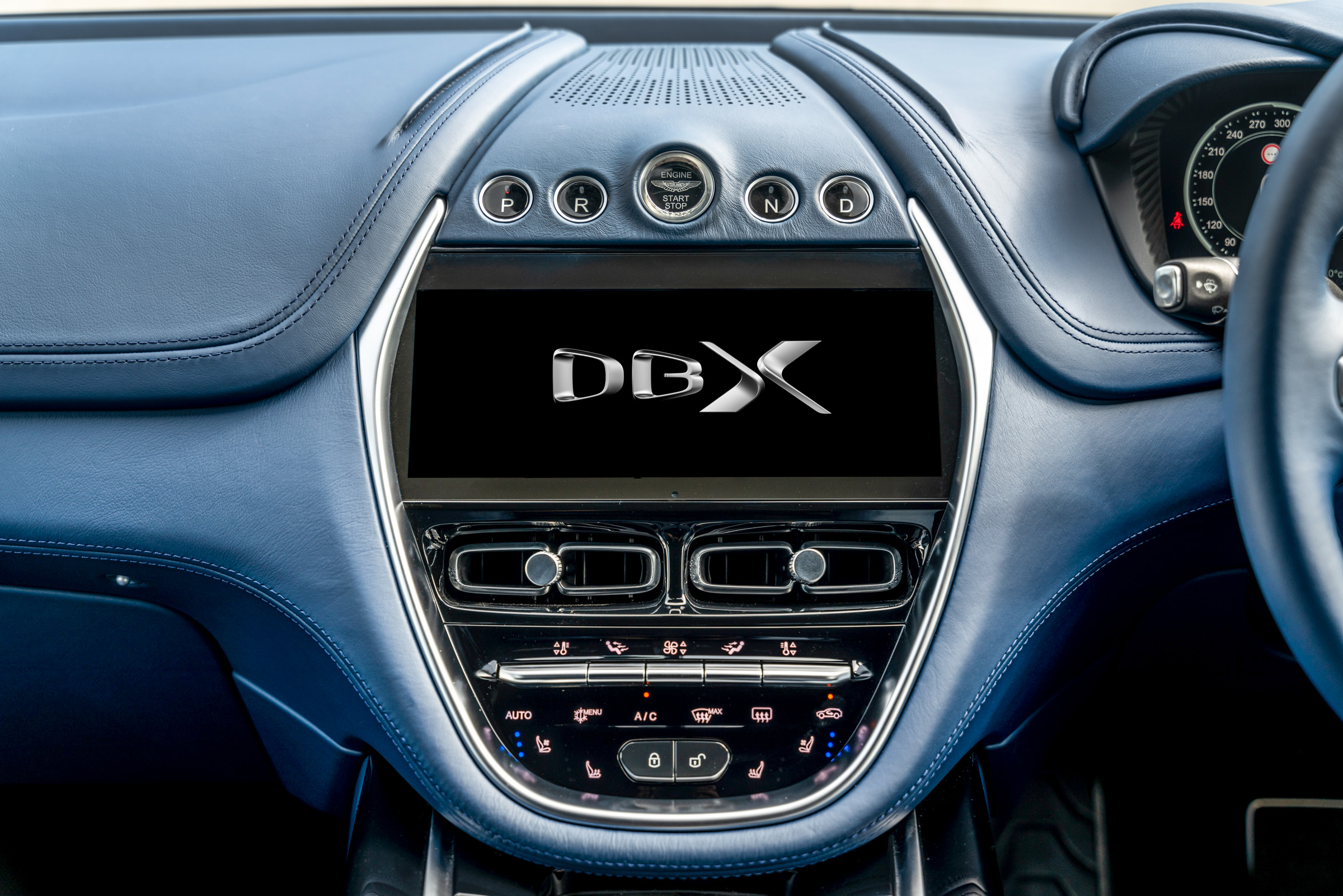 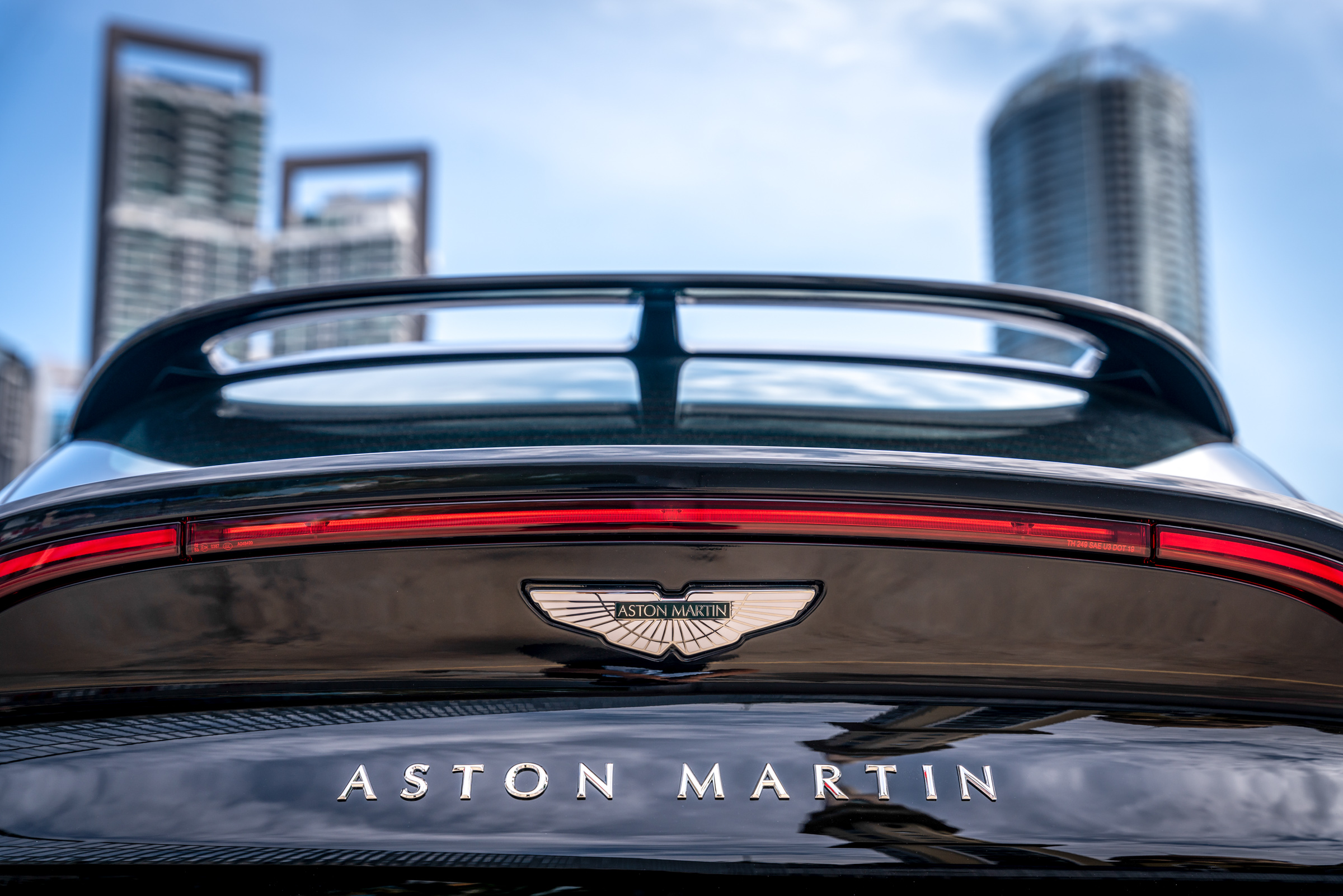