It’s the most exciting Toyota Yaris ever 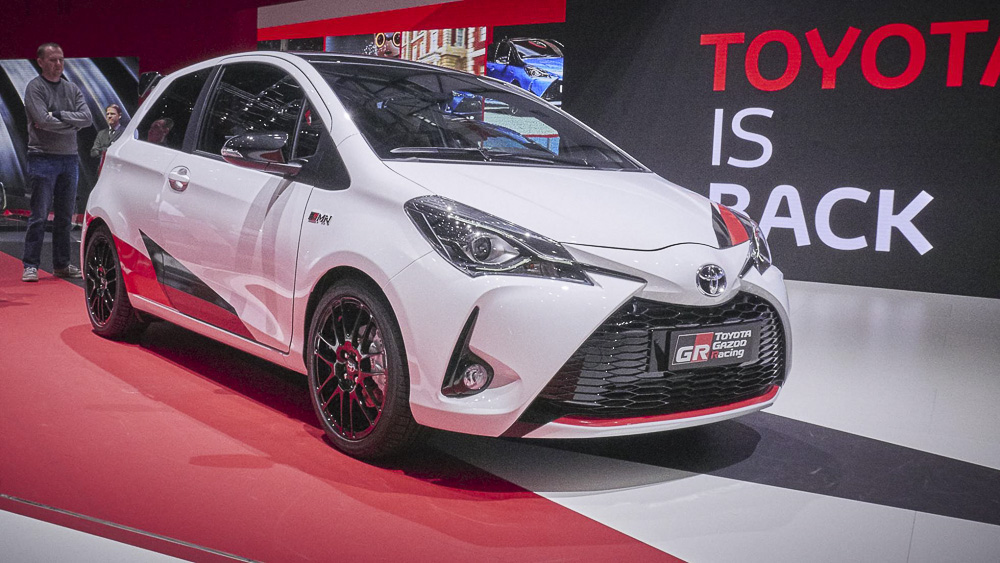 Meet the most exciting Toyota Yaris, um, ever. Excluding the madcap World Rally car, naturally. This is the Yaris GRMN, Toyota’s rival to the Ford Fiesta ST, you’d assume.

Only it’s not. “The Fiesta ST is a very good car but is actually positioned a bit lower in that class,” says project leader Stijn Peeters. “We want to be on top of that. We want to be more radical.” 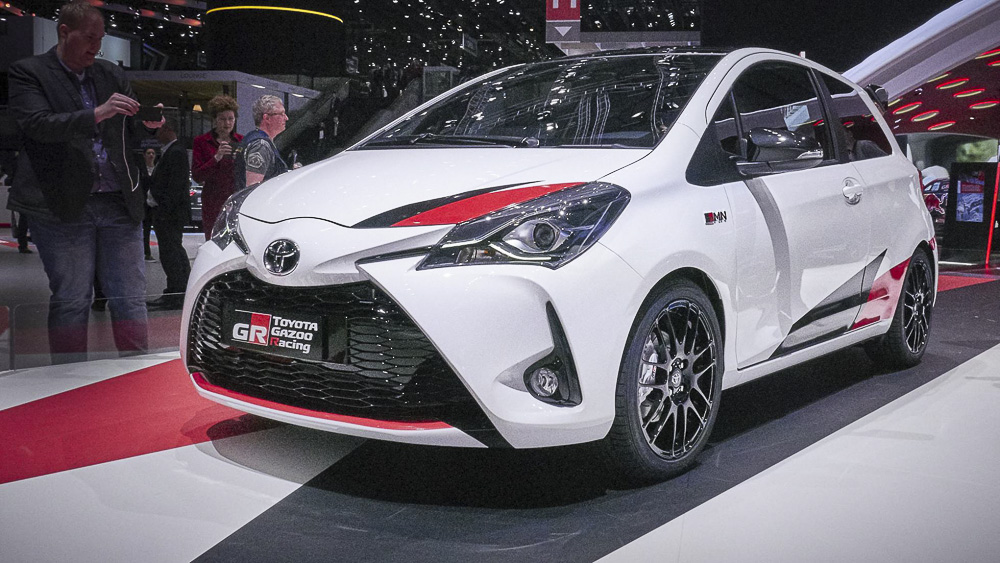 Instead, he cites cars like the Peugeot Sport 208 GTI and Renault Clio Trophy as key targets. He’s promising class-leading power from the Yaris, which has a 1.8-litre supercharged petrol engine driving its front wheels though a six-speed manual gearbox. The engine comes with Lotus engineering credibility and is unique in a class dominated by turbocharged cars.

Peak power hasn’t yet been revealed, but reckon on around 220bhp – Peeters doesn’t count the more powerful Mini John Cooper Works as a rival, oddly – while he tells us it’ll be the quickest in its class, too. So 0-100kph should take a smidge over six seconds with the top speed around 225kph. The car is still in development, so firm figures are yet to be finalised. 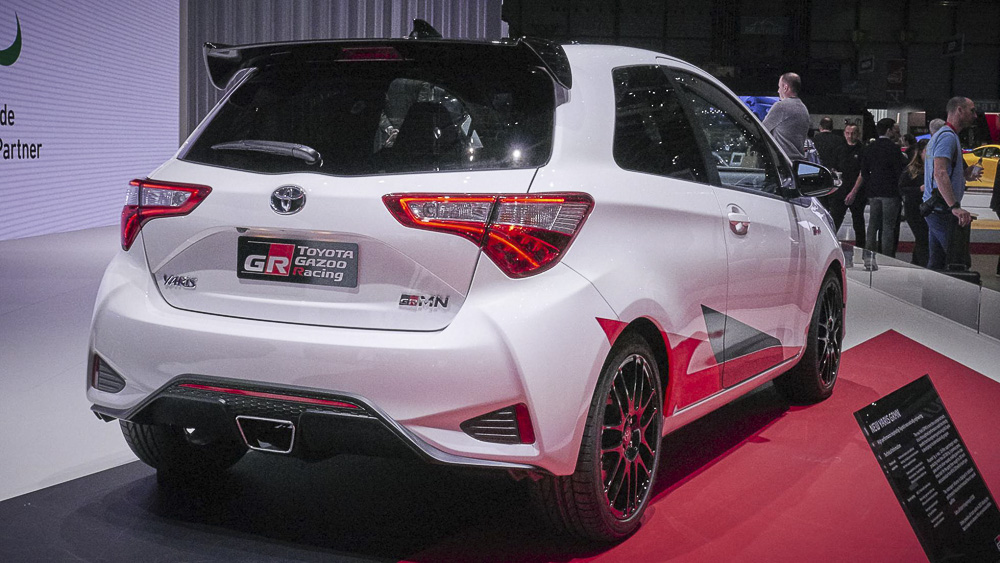 That’ll make it faster than Toyota’s own GT86, too, a car whose talented development team is also overseeing the Yaris. The hatchback even borrows the coupe’s titchy steering wheel, though here it sits ahead of a far more bespoke bucket seat, made by the same people behind the LFA’s seats. We’ve sat in it, and it feels superb.

The Yaris GRMN won’t weigh much more than 1,100kg, though, making it lighter than even the three-cylinder Fiesta. Alongside the supercharged engine, Peeters is promising one of the most visceral and responsive hot hatches you can buy. Its standard limited-slip differential, provided by Torsen, will help.

In fact, lots of its components are reasonably senior. It sits 30mm lower than a regular Yaris on new suspension bits, while Its brakes come from the heavier Yaris Hybrid, ensuring strong performance in this considerably lighter car. There are no complex drive modes to choose from, but the stability control is likely to come with an intermediate track mode, just like in the GT86. 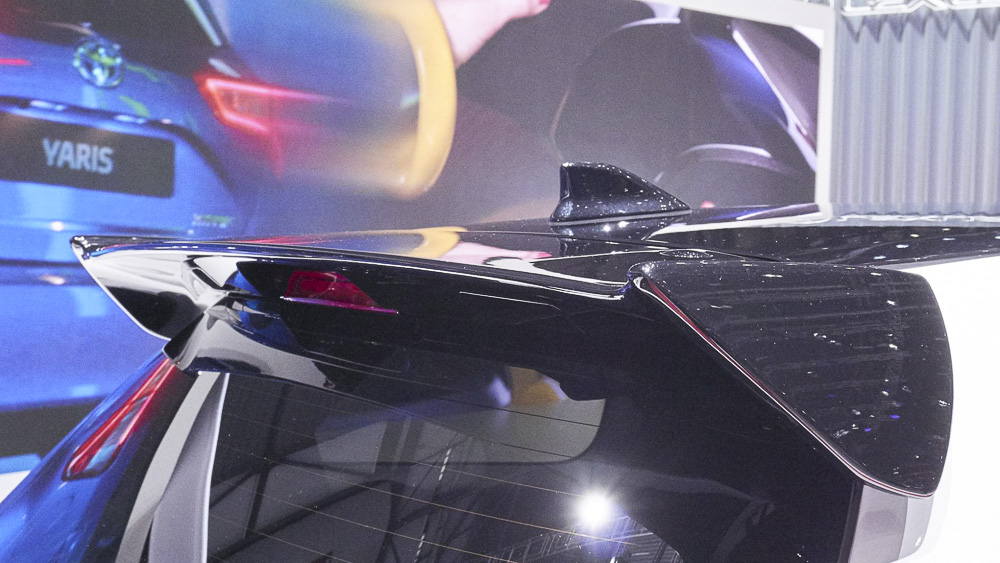 “We will allow big freedom to the driver,” says Peeters. Will it be playful, then? “Absolutely. The feeling you get when you’re driving the car, when it’s inviting you to go harder, and you’re really enjoying the drive rather than being afraid of the power, is really what we have in common with the GT86.

“But being in control is still necessary. Even if we have passionate customers, we are not all Schumachers and Hamiltons. So it shouldn’t be brutal in how the rear moves. That’s why we stick with Bridgestone Potenzas, great tyres in all conditions. We could go for a more radical one but there’s no point; as soon as it’s cold or it rains, you’re off.” 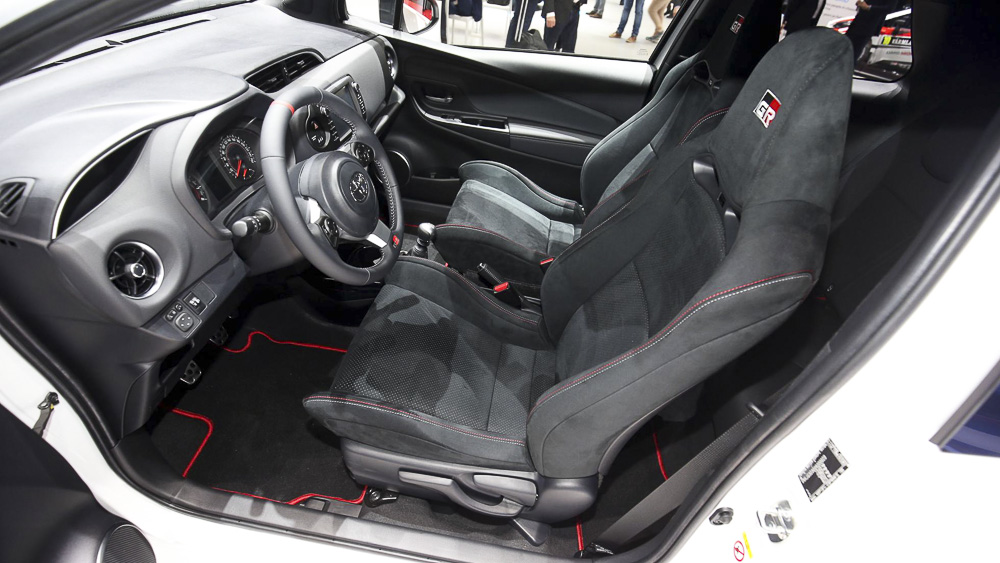 Expect it to sit somewhere between the flamboyant 208 GTI and locked-down Clio Trophy in chassis behaviour, then. It’s been piling on development miles at the Nürburgring, though Peeters stresses they’ve taken it into the lovely roads in the surrounding Eifel Mountains, too. The rear spoiler serves an aerodynamic purpose, though mainly for high-speed stability given the Yaris’s short wheelbase and aggressive front differential. 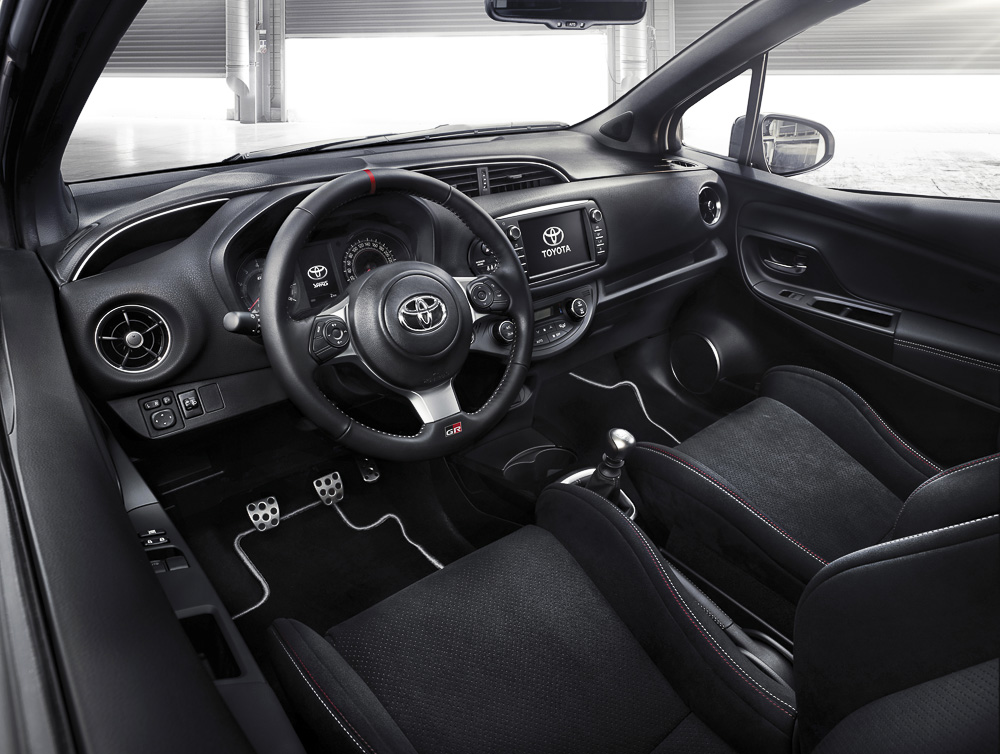 Which turns up an interesting conundrum: hardcore hot hatch with strong performance and World Rally ties, or less grippy, slower sports car but with rear-wheel drive? Go on, then: which would you have?