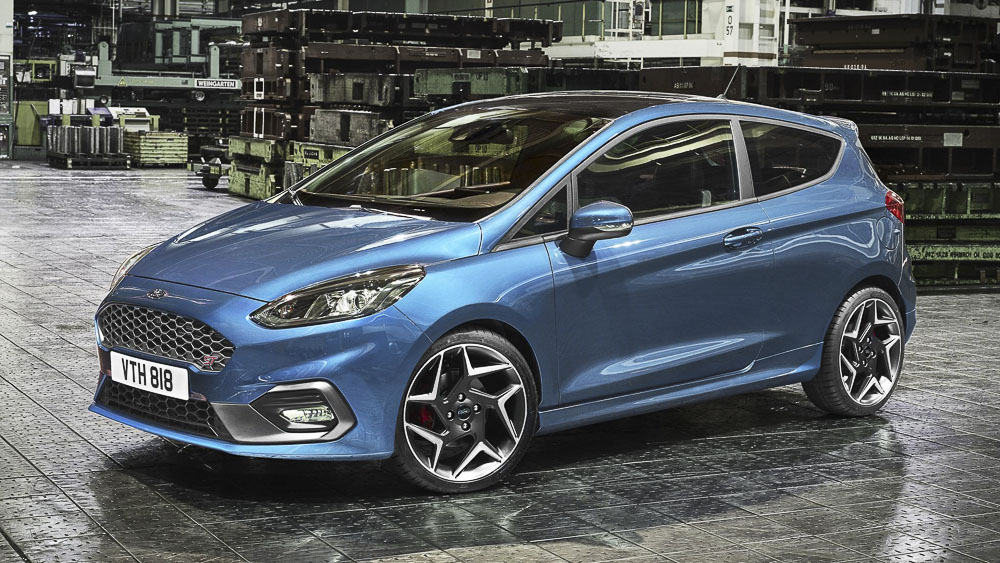 It’s the brand new Ford Fiesta ST. And similar though it may look to the car it replaces, it really is brand new beneath. And it’s exhibiting quite a philosophy change.

The current ST is a superb little hot hatchback that keeps things simple, the turbocharger on its engine the only notable nod to ‘technology’. 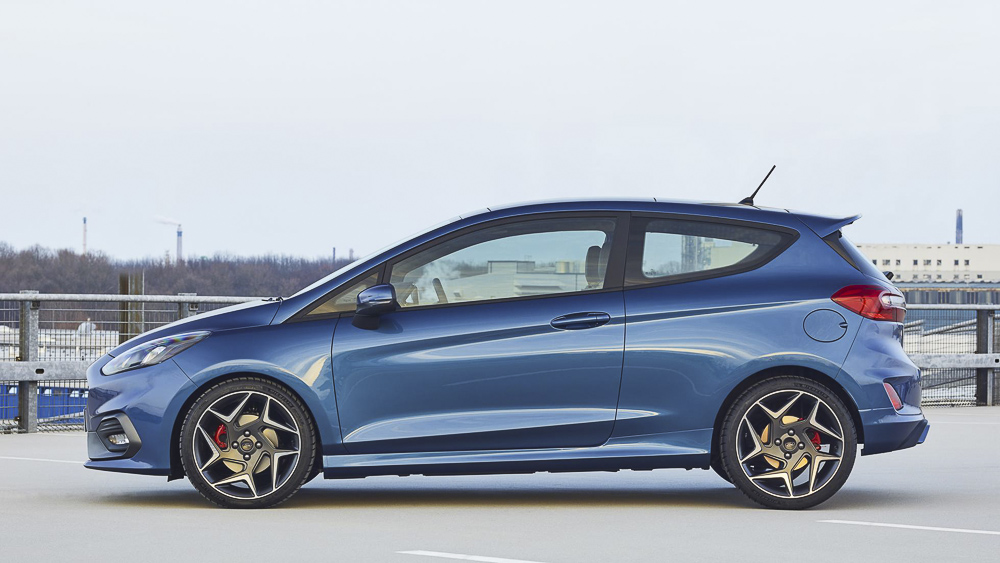 Its replacement, however, is different. Out goes a 1.6-litre four-cylinder engine, replaced by a 1.5-litre three-cylinder turbo petrol with 197bhp and 290Nm.

That makes it exactly as powerful as the Fiesta ST200, and its 6.7sec 0-100kph time is identical, too. But the way the performance feels could be quite different. 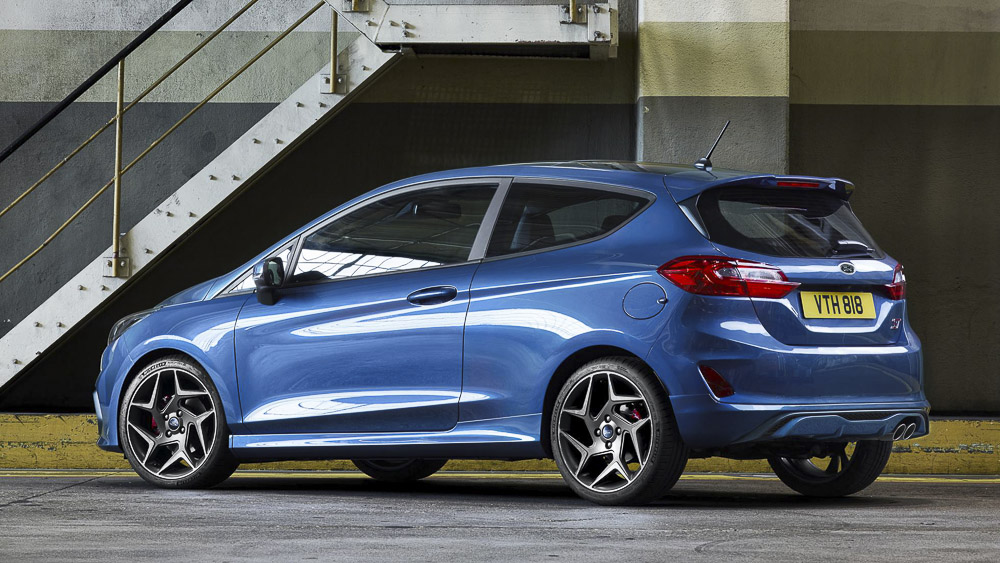 The engine is an all-new unit in Ford’s Ecoboost range, and it’s the first three-cylinder we’ve seen in a bona fide hot hatch. As if that’s not enough, it can run on two cylinders too, deactivating one under light throttle loads. The idea, as ever with these systems, is that it de- and reactivates quick enough to never affect performance.

Lots of clever stuff like direct fuel injection and twin-independent variable cam timing help make the engine very efficient, says Ford, with claimed CO2 emissions of 114g/km. Although by the time the new Fiesta ST launches, that will no longer secure a bargain car tax rate, and you’ll be paying £140 a year in the UK. Ford does claim (as yet unspecified) improvements in fuel economy, though. 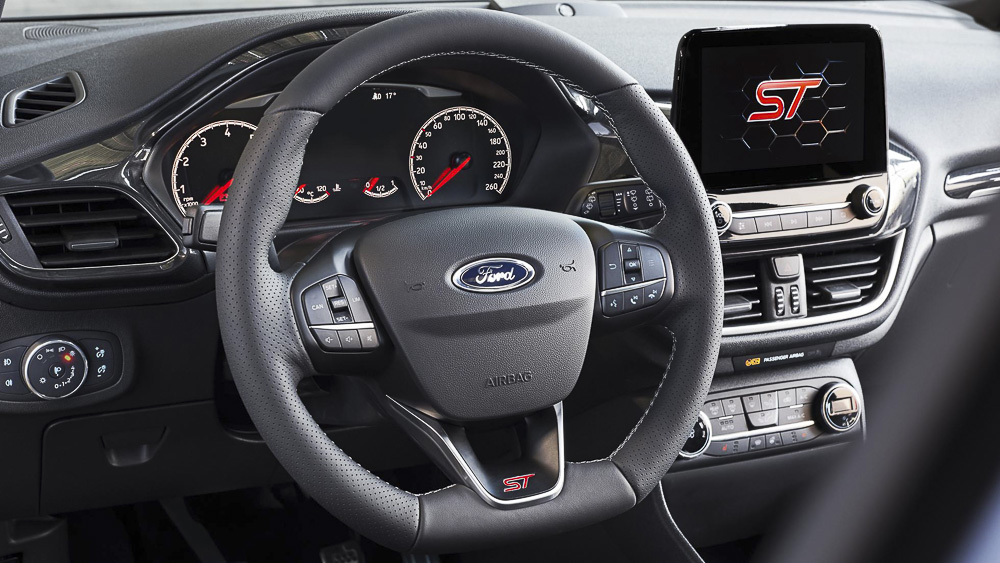 While the engine still drives the front wheels through a manual gearbox, the next big piece of news concerns driving modes. The outgoing Fiesta ST simply has a stability control button, so you can drive with it on, off, or in an intermediate ‘sport’ level.

Now, a drive select system will allow Normal, Sport and Track modes for the steering, engine, stability control and even engine noise, with something called Electronic Sound Enhancement now fitted as standard. Purists will be further upset with 18-inch alloys coming as standard (the old ST is already rather firm on 17s). 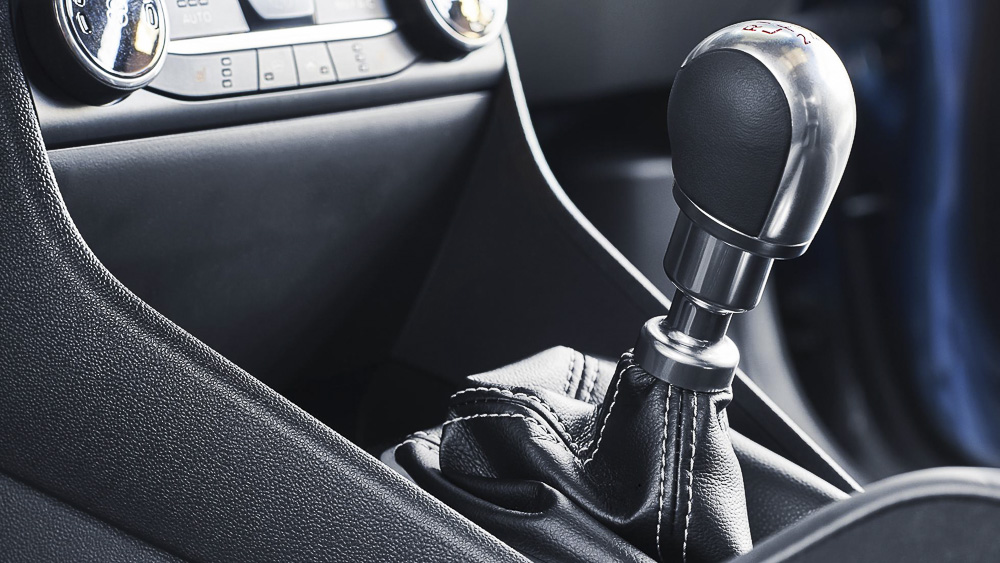 There’ll be all manner of personalisation options, including different styling packs and the new Liquid Blue colour, seen here. Happily, the old ST’s Recaro seats remain, and you can have them pointing towards a fancy touchscreen and a posh B&O stereo.

All told, then, it’s a far more multifaceted car than the unashamedly old-school ST it replaces. The aim, we’re told, is for the new Fiesta ST to “deliver a broader appeal for an even wider range of car-buyers”. As such, you can buy three- and five-door versions. 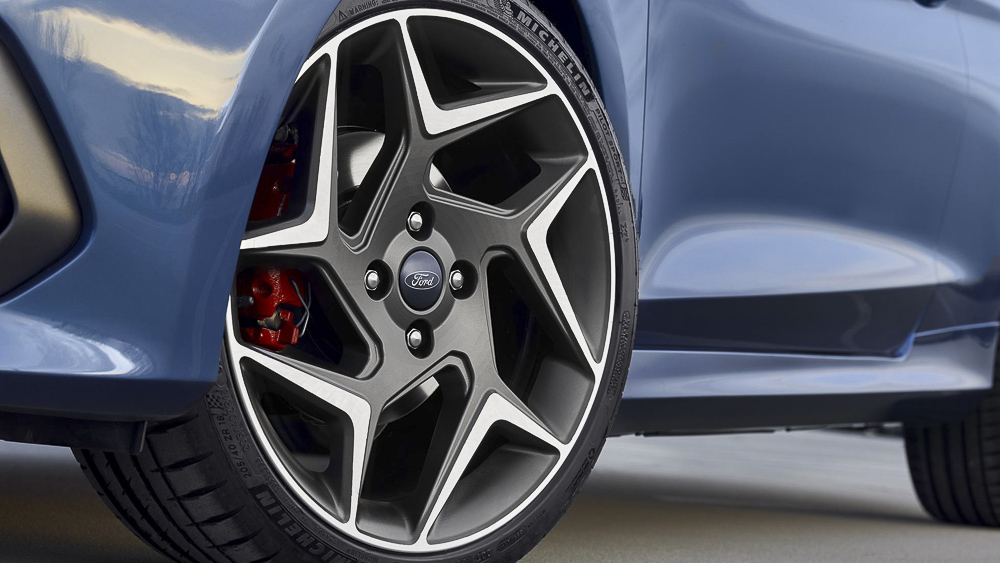 Worried they’ve messed too much with the recipe? Or are you excited by the idea of a funky little three-cylinder hatchback with oodles of tech? Let us know below.