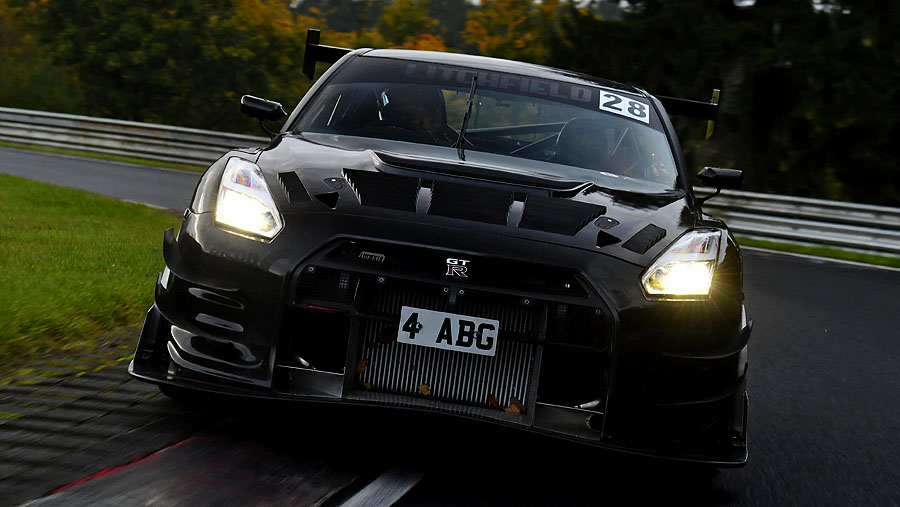 Nowadays, if you don’t pop off for a drive around the Nürburgring’s famously dangerous northern loop and come back within seven minutes you’re not worth talking about. The Porsche 918, Lamborghini Aventador SV, Huracán Performante, Radical SR8 LM and GT2 RS are the handful of cars to break the sub-seven barrier, but now a group of Godzilla gurus think they have what it takes to make it into this hallowed territory, with that wonderfully bonkers Nissan GT-R above.

It’s a bespoke build from Litchfield dubbed the ‘LM1 RS GT-R’ – not exactly a catchy name, but that didn’t stop the Subaru WRX STI Type RA NBR from getting a ‘Ring record. And this is no normal GT-R, as it’s had one of the most extreme Godzilla makeovers we’ve ever seen. An overhaul that may, in fact, make it the fastest street-legal circuit-going GT-R on the planet, if not one of the fastest cars on the planet period. 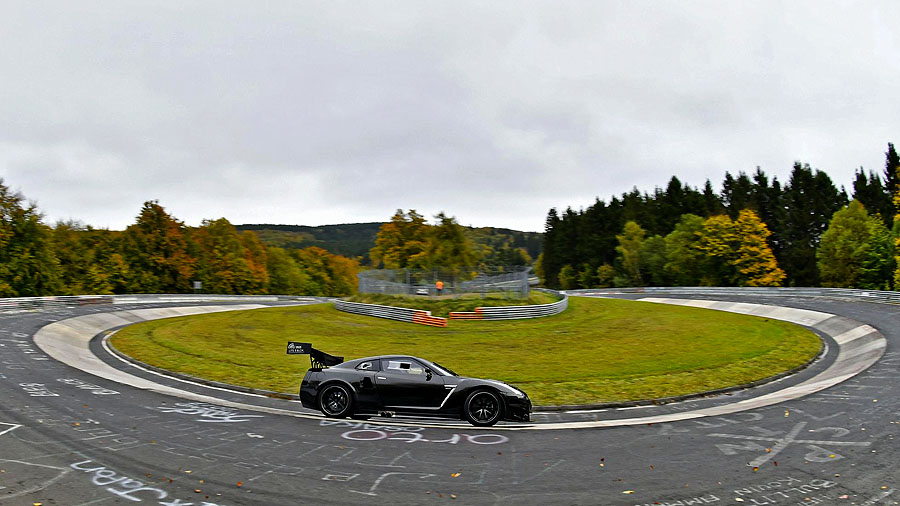 Starting with a base GT-R, Litchfield tore it apart and built the whole thing back up. To list all the modifications the car has had would require a scroll and about four years of your life, but here are some of the highlights.

The engine has had Litchfield’s high-horsepower magic sprinkled all over it which includes the same BorgWarner turbos from an IndyCar, new cams and heads, a monster intercooler and plush Inconel manifolds to give it 1,100bhp and 1,085Nm of torque. The chassis was then fettled by Momentum Motorsport before Ohlins added four-way adjustable custom valving and springs plus a bespoke geometry and set-up just for the ‘Ring. 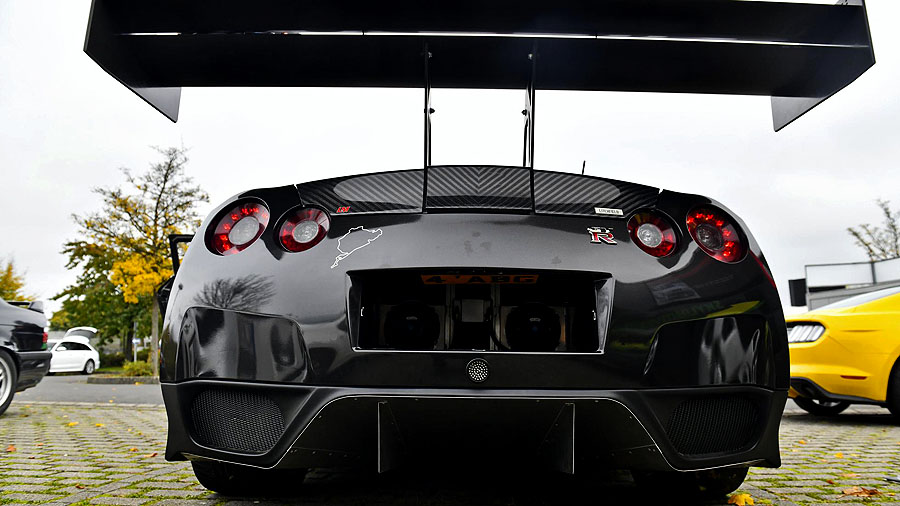 Then, every single body panel (apart from the rear bumper) was binned and replaced with carbon copies (including wheels and brakes) while as much panelling and aero from Nismo’s GT3 car was robbed and thrown into the mix for good measure. Including the beefy GT3 roll cage. All in all, this GT-R is 350kg lighter than standard. And a heck of a lot more powerful.

It doesn’t stop there though. The full carbon fibre car has a tailored flat floor to suck it to the ground, working in unison with a fully functioning aero package that’s been harnessed in a wind tunnel and many hours of testing by hot shoe drivers like Rob Huff. The painstaking build has even garnered the attention of Hiroshi Tamura, chief product specialist for the Nissan GT-R and Nismo, who gave it an honorary nod of appreciation. 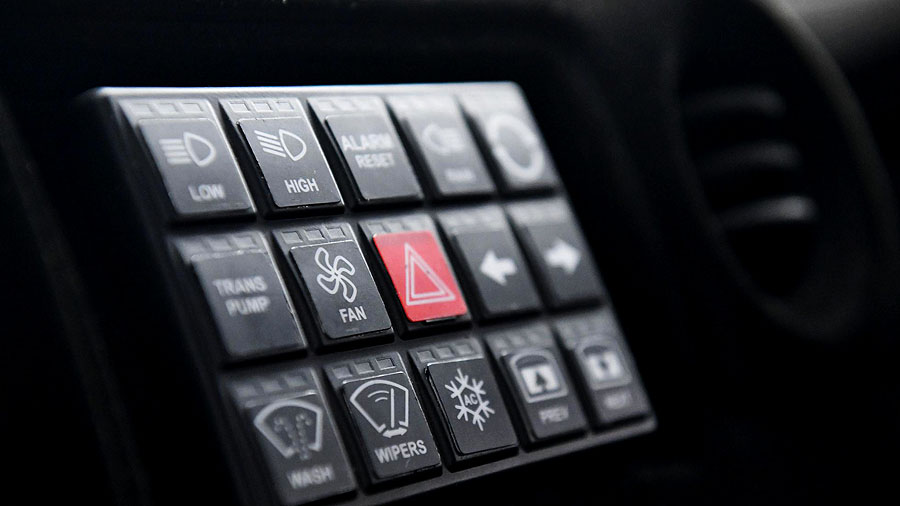 It was commissioned by an Australian who wanted a car that he could race around the Nürburgring, and then drive straight for a celebratory steak on a stone at the Nürburgring’s legendary Pistenklause. So, regardless of the almost cartoonish proportions, with a single finger flip down of the rear number plate, and the fact it has a valid MOT and tax disc, this potty GT-R is completely road-legal. Genius. 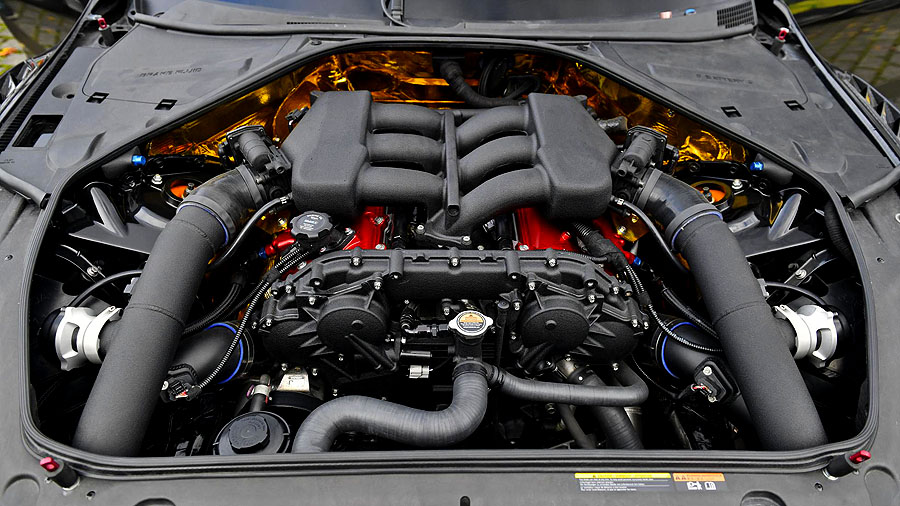 Now, you may remember on September 30th 2013, ex FIA GT1 champion Michael Krumm strapped himself into a Nismo GT-R and sent Godzilla straight into the record books with a lap time of seven minutes, eight seconds and 679 milliseconds. At the time, that lightning-quick run was enough to bag a new lap record for the fastest four-seater volume production car in the world. It was even fast enough to leave other exceedingly fast cars red-faced. 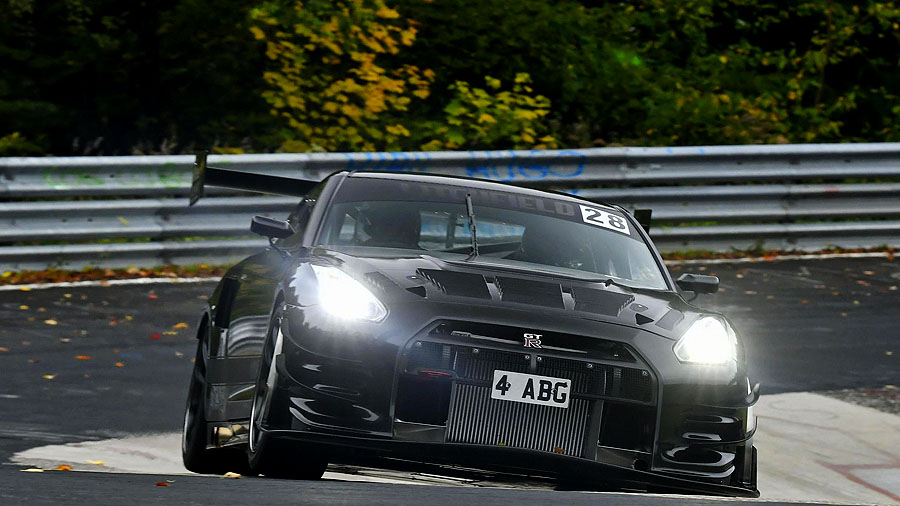 That N-Attack GT-R is no longer newsworthy in our fast-paced world. 2017 has seen the fight to be King of the ‘Ring intensify to the point where if you’re not posting a sub-seven lap time you’re not worthy of being tweeted about. This GT-R wants to change that, and is attempting a lap record this week. Can it knock the mighty Porsche GT2 RS off its throne? We’ll just have to wait and see.