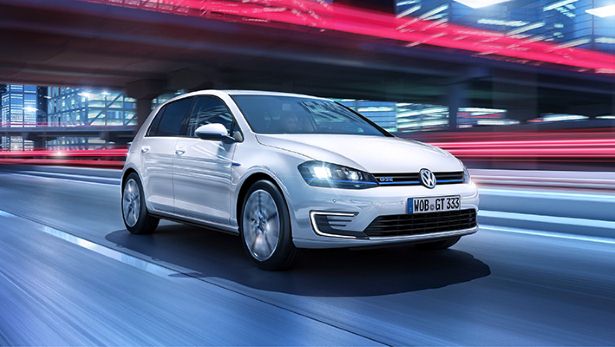 This is the Volkswagen Golf GTE. Yeah, GTE. You'll be familiar with the ‘GT' bit, denoting as it does VW's hot versions - think GTI (fast petrol) or GTD (fast diesel).

But the E? That stands for ‘electric'. Because the Golf GTE, says Volkswagen, is that most unusual of beasts, a sporty plug-in hybrid.

The GTE combines a 1.4-litre, 148bhp ‘TSI' petrol engine with a 101bhp electric motor sandwiched between a separator clutch and the DSG transmission - the same powertrain found in the Audi A3 e-tron.

Combined, the two power sources can send a maximum 201bhp and 258lb ft of torque to the front wheels. The Golf GTI, by comparison, makes 217bhp and precisely the same number of torques.

But where the all-petrol GTI will get from 0-100km/h in 6.5 seconds, the hybrid GTE takes 7.6 seconds. That deficit can be explained by the GTE's extra weight: carrying a 120kg, 8.8kWh li-ion battery, it tips the scales some 170kg heavier than the petrol GTI.

But, unlike that GTI, the Golf GTE can run on electric power alone, reaching speeds of 81mph. VW doesn't say how far the GTE will go on battery power alone, but quotes a combined economy figure of 1.25L/100km, with CO2 emissions of just 35g/km. Safe to say you may struggle to replicate these figures in the real world.

No word on prices, but expect the GTE to weigh in a couple of grand above the Golf GTI.

So, a fast plug-in hybrid: is this a McLaren P1 for the rest of us? Or a Prius pretending to be a hot hatch?