Up close with the the Lamborghini Huracan 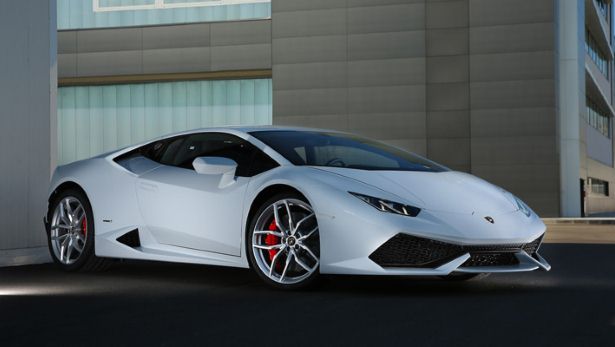 We've just spent the day with the new Lamborghini Huracan, and talking to the engineers and designer. Let's be clear about one thing. It really is new, and very high tech, despite the rather evolutionary looks.

When Lamborghini coyly first showed it before Christmas, the Huracan sounded almost like a re-clothed Gallardo. You can see why they might have done the easy thing: the Gallardo was a huge success. Some 14,022 copies of the Gallardo have been made. Which is around a half of all the Lamborghinis of any kind (except tractors) sold in all of history. But the Gallardo was 10 years old, and that's a geologic era when Ferrari and McLaren are the opposition. A warmed-over Gallardo would soon have felt very creaky indeed.

What we have instead is an all-new structure. New suspension, with new controlling electronics. And new steering. Heavily revised engine. New gearbox. New four-wheel drive system. New cabin. OK, it's a new car.

The frame is aluminium - part-cast, part-extruded - from the engine backwards (like a 458 and a McLaren 12C). It's also aluminium from the base of the windscreen forwards (again, like the opposition). Like them, it uses an aluminium skin. But the rear bulkhead and the central tunnel and the rear part of the sills are a carbonfibre RTM unit. It's like two-thirds of the McLaren's tub. The front bulkhead is aluminium.

This structure was developed hand-in-hand with Audi. The body is also built at Audi. In fact, the next-generation R8 will use exactly the same frame. That makes the next R8 and the Huracan closer than the Gallardo and current R8 were to each other, because they had different wheelbases.

The structure will serve four cars, Audi's R&D chief Ulrich Hackenberg told me: the Huracan and convertible, and the next R8 and convertible. It's 10 percent lighter than the Gallardo's body structure, and half as stiff again.

Overall the car weighs 1422kg dry, which will be 1550-odd at the kerb. McLaren says the 650S dry weight is 1330kg. Incidentally, on the same afternoon as Lambo was telling us about the Huracan, McLaren urinated on its fireworks by announcing the 650S will go from 0-124mph in 8.4 sec on P Zero Corsas, while the Huracan does the same sprint (albeit on more road-biased P Zeros) in 9.9 sec.

Part of the McLaren's acceleration win is turbo boost. The Huracan's engine remains resolutely naked of any artificial aspiration. Instead it's a Lamborghini touchstone: big capacity, many cylinders and epic noise. It has both direct and indirect injection, so it's cleaner at low revs, but can rev higher than in the Gallardo, and produces more torque and power everywhere above 5500rpm, and goes to 8600.

But to be honest the engine isn't night-and-day different from the Gallardo's. The rest of the drivetrain certainly is. The transmission is a 7-speed dual-clutch, not the old jerky automated manual.

Oh, and there will be no full-manual option. In the last couple of years, they got 'fewer than a handful' of orders for manual Gallardos per year. In fact every time one came in, they'd check with the customer to make sure he hadn't accidentally put their tick in the wrong line on the order form.

The four-wheel-drive torque split is now electronically controlled, rather than by viscous coupling. This means it can be more rear-biased in the track modes, and can be used to balance the car more effectively.

There's also the option of the magneto-rheological dampers. Like all such systems, the outside one can be stiffened up on the way into corners to quell roll rate and quicken steering response. They're softer for rough roads, or when traction is in short supply.

Talking of steering, it's now powered by electricity. There's also the option, for the first time on a supercar, of an active system, which varies the ratio by speed. It's more direct for tight low speed corners, more indirect for fast ones, but generally more direct in the track mode. It will also apply small corrections at the limit. And gosh, there's immense scope for making such a system feel hopelessly un-natural. But if it works as advertised it could be brilliant. All a matter of the development team's calibration.

Each of the dynamic systems - steering, dampers, torque split, ESP, transmission - operate under the control of a genuinely new kind of chassis electronics called the 'inertial platform' system. It uses three gyroscopes and three accelerometers, so it always knows exactly what the car is doing in three-dimensional space, how it's turning and rolling and pitching, and where the wheels are in their suspension travel. Usually cars calculate this stuff indirectly from other sensors, which takes time. Lamborghini insists its system allows finer, faster control.

Inside, there's a new full-TFT screen in front of the driver, with virtual dials. You can reconfigure it to emphasise the rev counter, the speedo or the navigation map. The next Audi TT has something very similar. Otherwise it's the usual Lamborghini feast of angles and edges. It's snug, but the volumes of the dash and tunnel are smaller than before.

And the outside. Well, here's why we wondered if it was a Gallardo in new dressing. It just doesn't seem to have the craziness of other recent and historical Lambos. The Miura and Countach and Diablo and Aventador, well they were shocking. Same with the Sesto Elemento and the Veneno. The Huracan isn't like that. But instead, it really is very beautiful .

Here's the rationale into why it doesn't shock. Engineering chief Maurizio Reggiani says the Huracan is faster and better on a track than any Gallardo, but easier and friendlier in the road. Design chief Filippo Perini says the fact it is friendlier means he has designed it to look friendlier, less aggressive. It is indeed a very pretty car. Just not a shocking one.

Lambo's boss Stefan Winkelmann defended this decision to Top Gear, saying that shocking people was the Aventador's job. The Huracan has to be approachable. 'All Lamborghinis are different. We once made the 350GT and Espada.' He has a point. The first small Lambo, the Uracco, was a lovely delicate pretty thing.

But doesn't that make Lamborghini more like its rivals and less distinctive? In the early days Lamborghini refused to go racing. Now it does. It builds an 600-odd horsepower mid-engined supercar that's positioned as easy to drive but fast on a track. It all sounds very like Ferrari's pitch for the 458 and 650S.

So is there a formula for running a supercar company? And is Lamborghini simply following it? Winkelmann agrees. 'Maybe there is a formula, yes. But we are very competitive: we want to win it.'