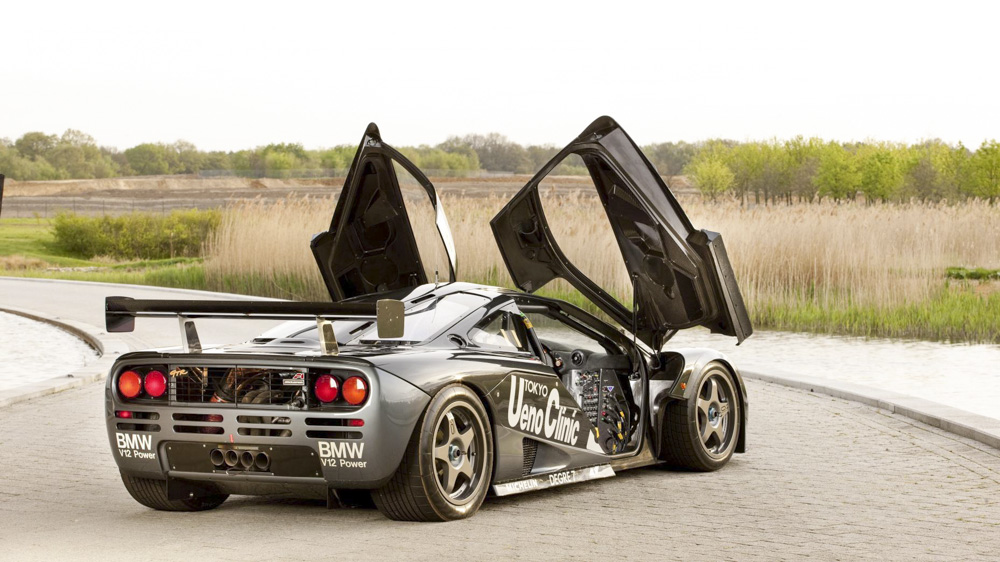 It’s ungallant and reductive to describe the McLaren F1 as a failure. The most furiously sought-after of modern supercars, the unicorn qualities of this stupendous creation are no doubt regularly debated by an exceptionally fortunate coterie of owners, Ralph Lauren, Nick Mason, and Jay Leno among them. Overseen by arguably the most brilliant motor racing engineer of all, Gordon Murray, and powered by a 6.1-litre, 627bhp V12 created by BMW’s engine genius Paul Rosche – ‘He doesn’t get the credit he deserves,’ Murray once told me – the F1’s position at the head of the top table in 2016 seems assured.

But it wasn’t always this way. The fact is that the car did fail as a commercial proposition. Then – and now – the zenith of the supercar, too few buyers were prepared to stump up the £540,000 the car cost new in 1994. It’s also possible that the rampant single-mindedness of its design philosophy simply put others off. How silly do they look now… You’ll hear different figures bandied around, but only 64 road cars were made, and another 28 GTR race versions, several of which were converted back to road legal spec. Numbers like this only burnish the myth. 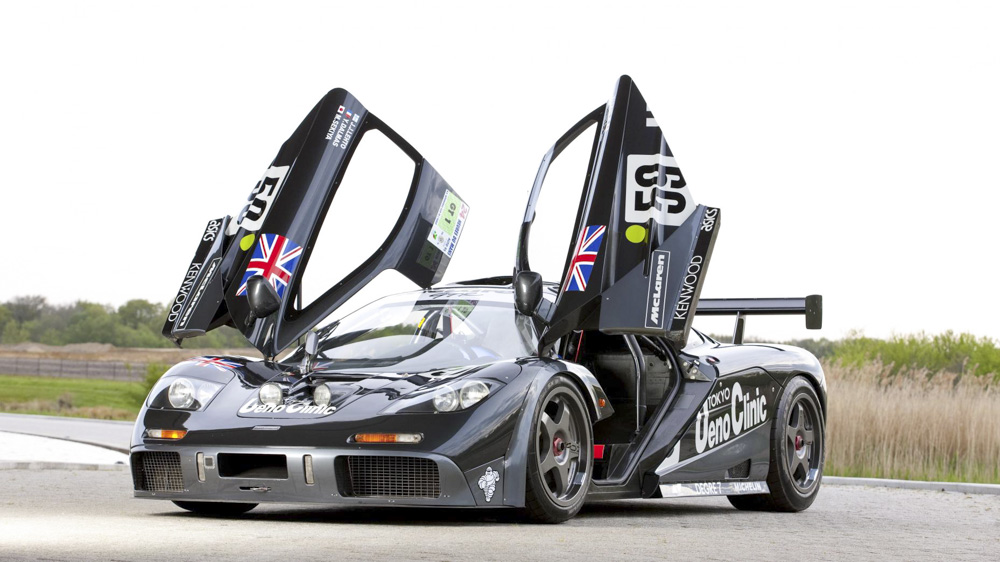 So although going racing was not initially part of McLaren’s plan for the mighty F1, in 1995 that’s what Woking’s finest decided to do. Rather successfully, too: for the first time since Ferrari’s victory in 1949, a manufacturer won the Le Mans 24 Hours at its first attempt. (Compare ’49’s 166 MM Barchetta with the F1 GTR if you want an idea of how much things had changed in motorsport in the 46 years that separate them.) 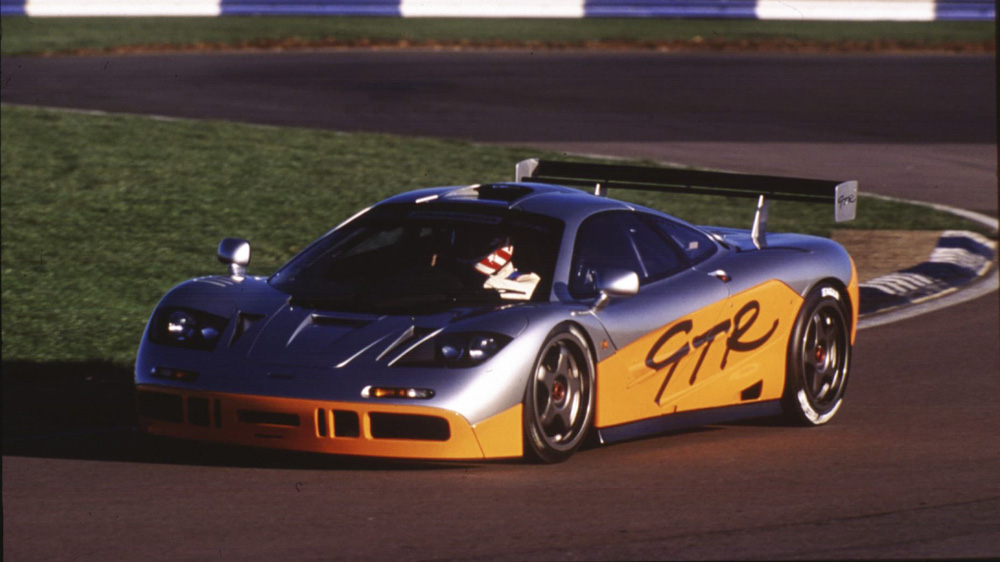 When McLaren decided to supply privateer teams with F1s for the BPR GT1 endurance championship, a tilt at the world’s most famous endurance race was clearly on the cards. This wasn’t a full-blown factory effort – not like this year’s big-budget Ford GT campaign, for example – but leading the five-car charge was the Kokusai Kaihatsu Racing team, which carried sponsorship from a Japanese plastic surgery outfit (specialising in a gentleman’s appendage, would you believe) and used McLaren’s development chassis.

The team was run by well-known McLaren figure Paul Lanzante and Jeff Hazell, while car no.59 was race engineered by the amiable Graham Humphrys (whose fingerprints are all over more top racing campaigns than we can list here, though let’s give a nod to the stunning Williams-engineered BMW V12 that won Le Mans in 1999). Humphrys recalls a less-than-perfect build-up to Le Mans when Formula One renegade JJ Lehto damaged the suspension after he monstered the kerbs; worse still, the car needed a last-gasp engine swap, while Lehto’s teammates Yannick Dalmas and Masanori Sekiya detected a gearbox problem. (McLaren recommended the teams take advantage of an upgraded gearbox.)

In the event, all five of the F1 GTRs would suffer transmission glitches, a frailty that that year’s wet race thankfully didn’t fully expose. Lehto set some scintillating lap times, and managed to stave off a challenge from the second-placed Courage prototype driven by Bob Wollek, Eric Hélary and racing legend Mario Andretti. This particular win set a number of precedents: not only had McLaren conquered Le Mans on its first attempt, it was also the first win at La Sarthe for a Finnish and Japanese driver. McLaren also remains the only manufacturer to have won Le Mans, the Monaco GP, and the Indy 500, regarded as the Holy Trinity of motorsport. 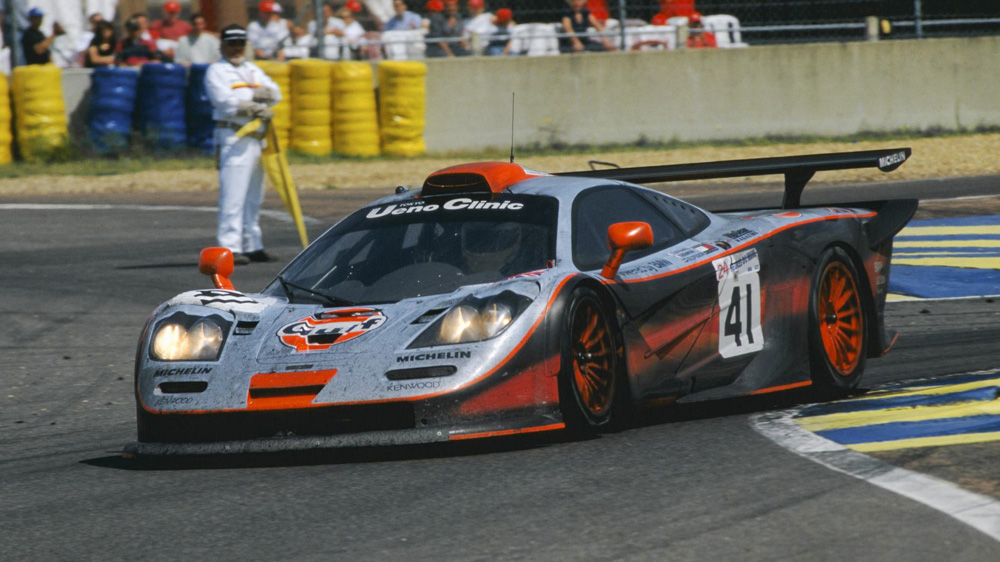 Nor was the win in 1995 simply down to good fortune: F1 GTRs also finished third, fourth, fifth and 13th. Up to 1998, the car continued to be competitive, finishing second and third in 1997, fourth in 1998 (one of the drivers that year was the late Steve O’Rourke, manager of Pink Floyd). 1997’s Longtail evolutions are arguably the best-remembered versions of all. The F1 was still racing a decade after its debut. 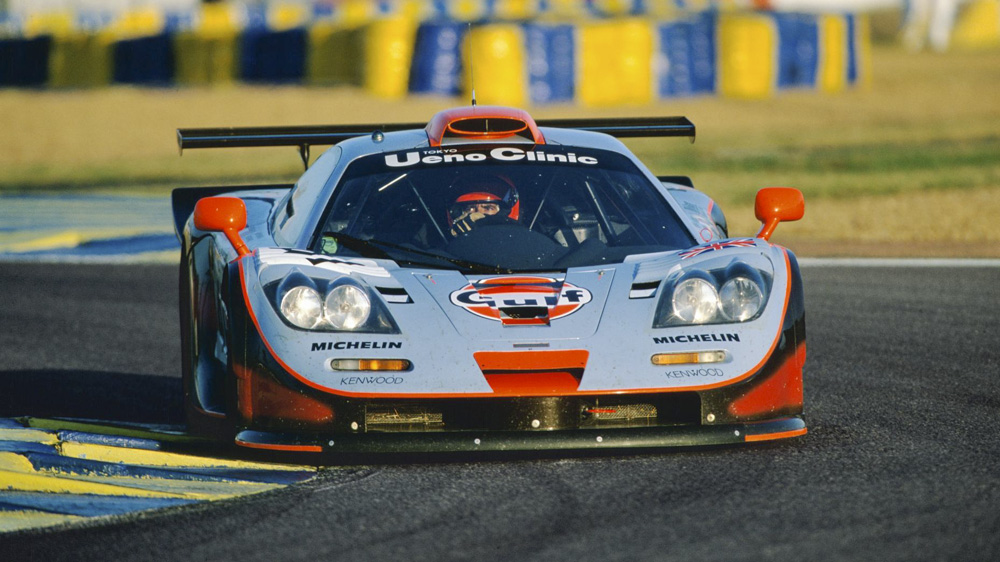 Derek Bell, five-times Le Mans winner but edging into the twilight of his racing career by this point, co-drove car no. 51 with his son Justin and 1988 Le Mans-winner Andy Wallace. They finished third, adding another remarkable performance to Bell’s incomparable CV. In McLaren’s history of the F1’s Le Mans adventures, the great man had this to say…

‘We looked strong from the start. About three hours into the contest it began to rain, which helped us by taking some of the strain off our ‘standard’ gearbox. I had done the start and after my opening stint I handed over to my son Justin who, much too soon, suddenly appeared in the team caravan with his eyes looking like poached eggs after spinning in the wet during the night, while Andy Wallace called in to say that he couldn’t concentrate any longer. The conditions had completely spooked them both and I immediately took over. There I was with two young stars and I was the last man standing.”

“On Sunday morning I found myself embroiled in an epic battle with JJ Lehto in the Paul Lanzante-prepared F1 GTR which eventually won the race. At the start of our stint he was 25 seconds behind me and, being an established top driver of the moment against me in my fifties, it looked as though he wanted to see the old man thrashed.” 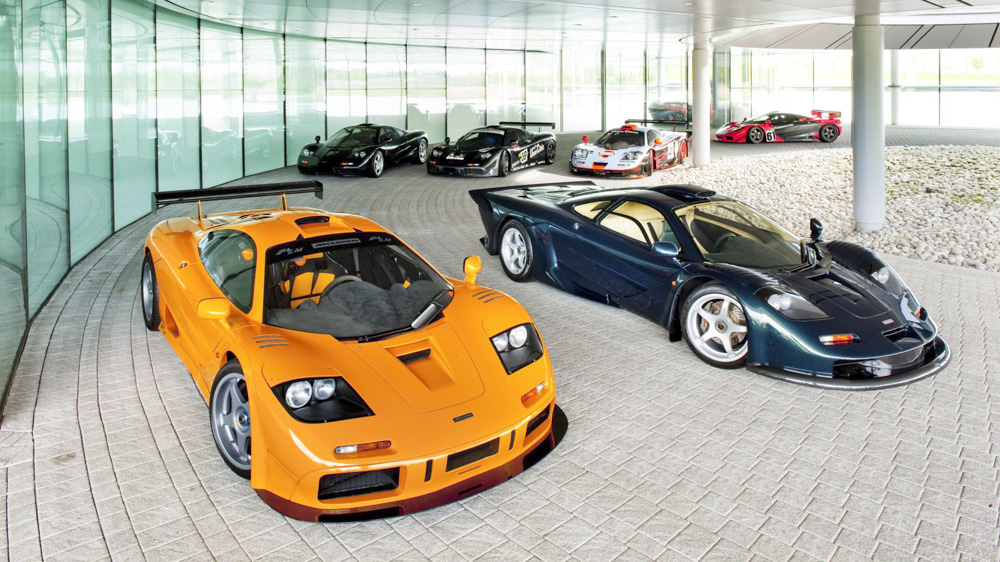 “I just ignored my mirrors, got my head down and during that stint pulled out another seven seconds on JJ which was immensely satisfying. Later the conditions dried out and we had to take it easy with the car’s transmission, finishing third. And I came back the following year to finish sixth with Olivier Grouillard and Andy Wallace again!”

Stand-out moment: the win at Le Mans in 1995 made McLaren the first manufacturer to win overall in its first attempt since Ferrari in 1949 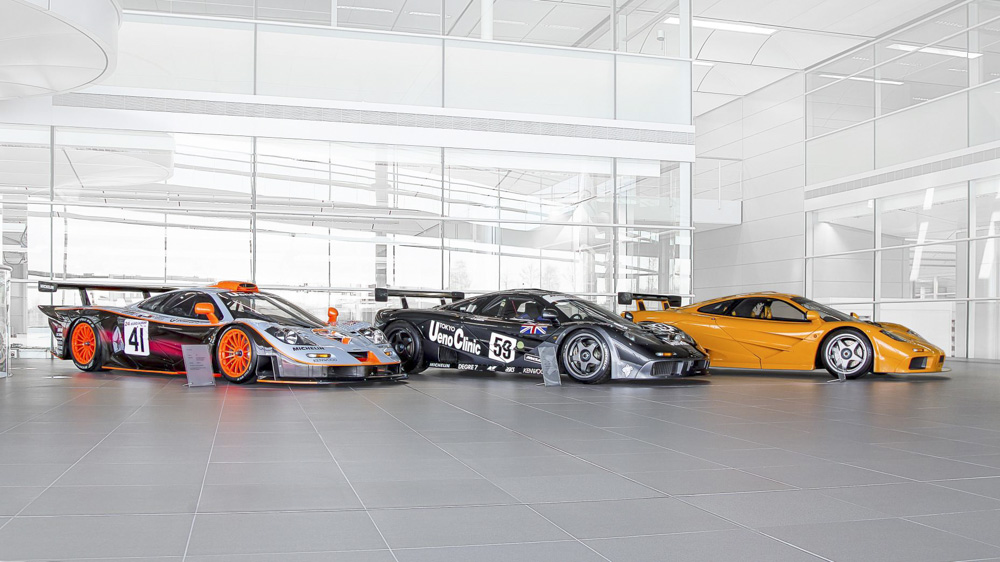