This Mercedes EQA concept is a 270bhp electric hatch 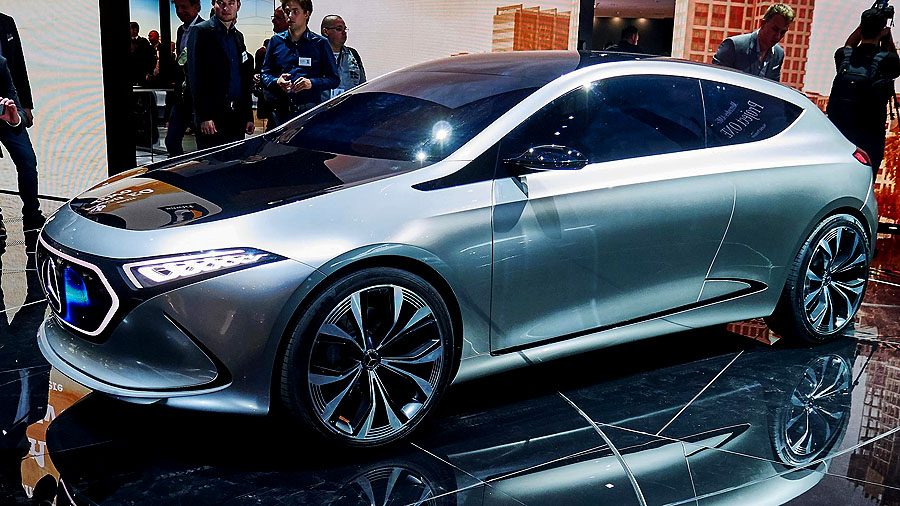 Something more down-to-earth from Frankfurt now. A small hatchback. But of course not that down-to-earth, as it’s from Mercedes’ EQ brand, meaning it’s all electric. Meet the Concept EQA.

A means A-Class size. But don’t imagine the body styling gives us much of a clue to the next A-Class. Mercedes is adamant that its EQ cars will look very different from its combustion line-up.

We hear that the production car, due about 2020, will have five doors, but otherwise not differ much from this Concept. 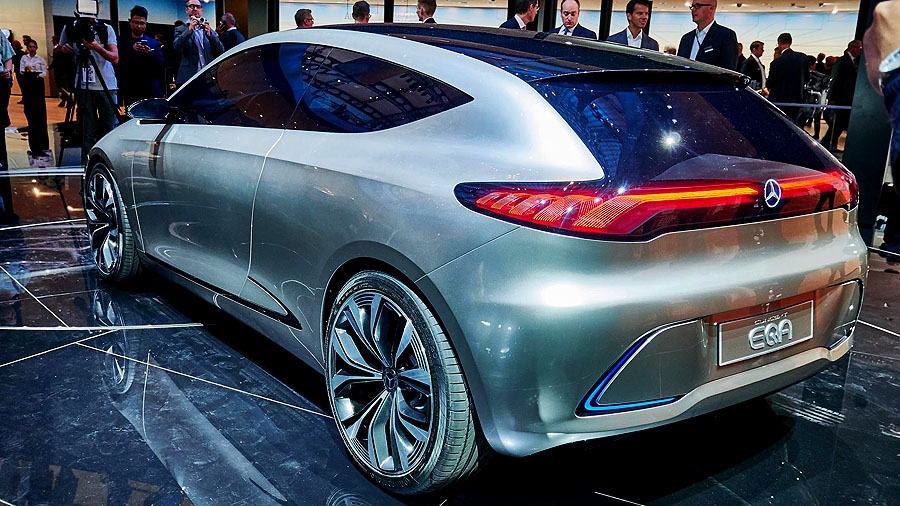 Mercedes says it will have two motors, with a maximum stomp of up to 270bhp depending on version. Battery ranges of up to 400km will be available.

Mercedes – together with the VW Group, BMW and Ford – is installing a charger network that will let you do long trips across Europe, filling this size battery in just 20-odd minutes. In addition to plug-in charge station ability, the concept also envisages inductive charging, where you just charge by parking over a buried electrified plate. 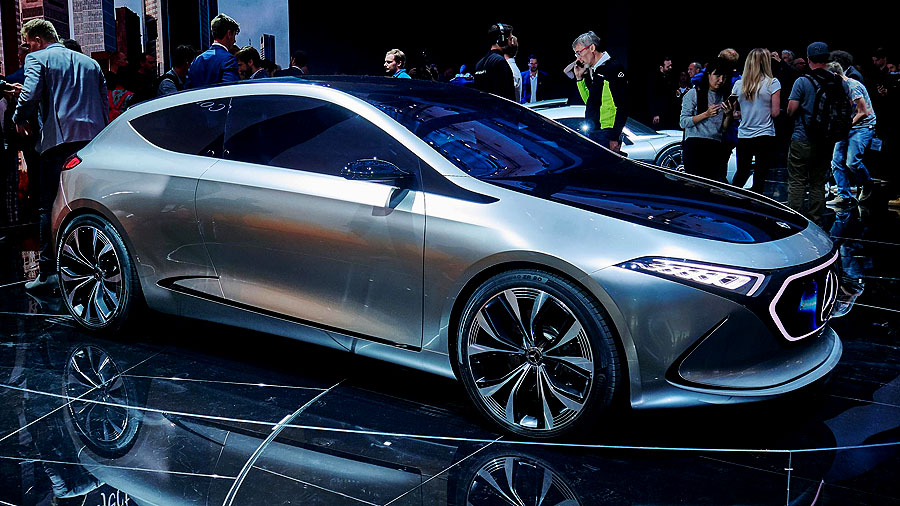 The production EQA will launch about a year after Mercedes’ first EQ car, the EQ crossover that was shown as a concept a year ago in Paris. But also, the company will also bring the electric Smarts under the EQ banner.

The design strikes us as less bar-of-soap than the EQC. Even so, the sparseness of lines and creases does mean the proportions and surfaces of the production car will have to be just spot-on. One rather superb detail is the lights – they embody little spiral filament-like elements, as if the windings of an electric motor.