This is the powertrain of the Mercedes-AMG Project One hypercar 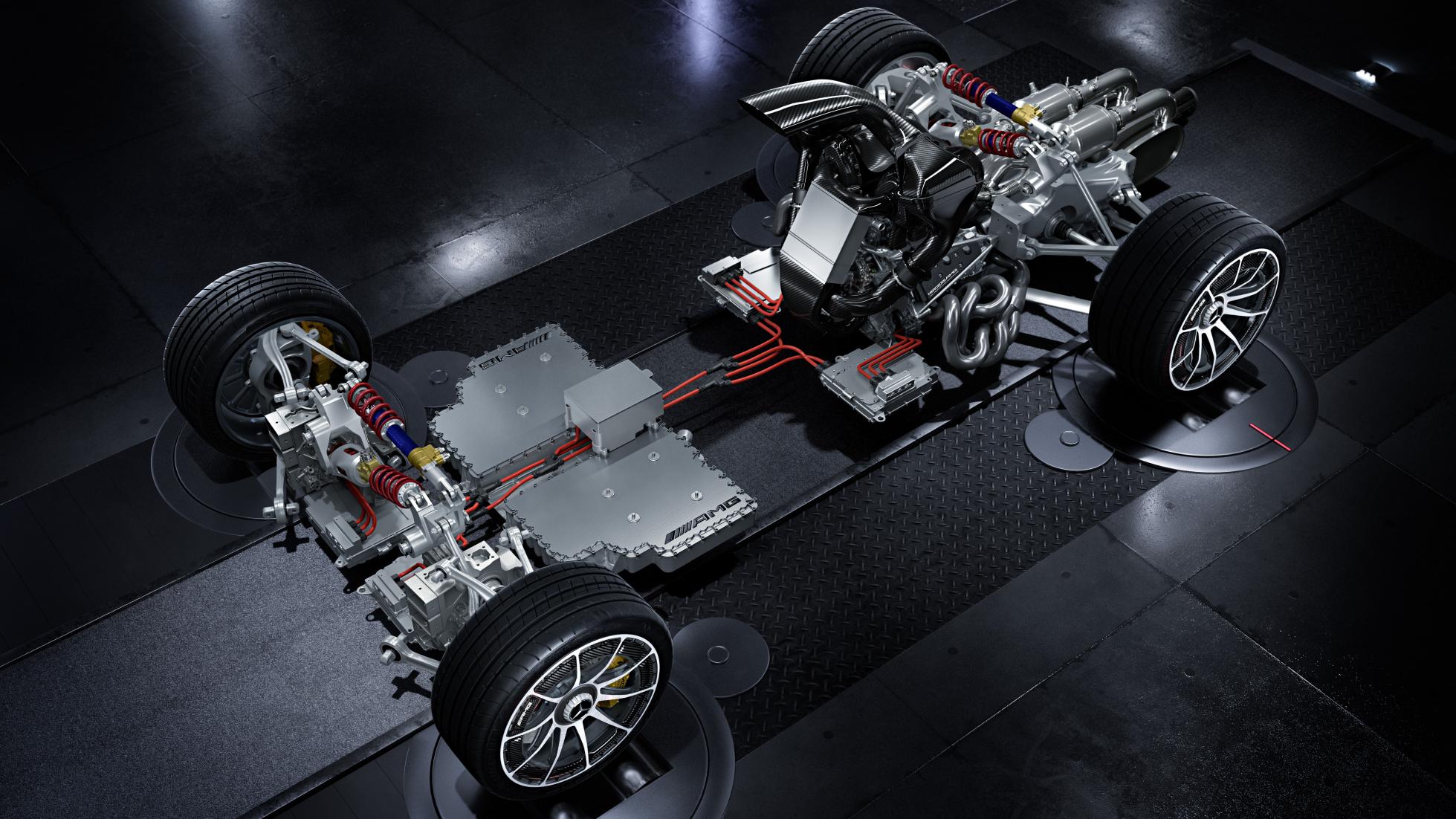 Just in case you weren’t convinced Mercedes-AMG was actually going to put an F1 engine in a street-legal hypercar, here’s the evidence. This is the powertrain of the Project One. Looks pretty exotic, right?

At the N24 endurance race, AMG supremo Tobias Moers also confirmed the first few specifications for the brand’s ultimate flagship. Get a load of this: the engine remains a 1.6-litre turbocharged V6, and it redlines at 11,000rpm. The hybrid system’s electric motor generates 80kW of power, and the combined system power for the car will exceed 1000bhp.

He’s also particularly proud of the engine’s 40 per cent thermal efficiency. Toyota claims that sort of record heat management for its Prius engine, which is all very commendable, but to get identical heat management out of a turbocharged ultra-muscled engine is pretty much witchcraft. Moers is at pains to point out just how much carryover the hypercar has from Lewis’s F1 racer: the engine is the same displacement and built in the same British factory, the turbo is electrically spun up to boost pressure by one of the battery-powered e-motors, and the cells themselves are identical to Formula One-spec. There’s just more of them, to give a 25km silent-running, zero-emission range. 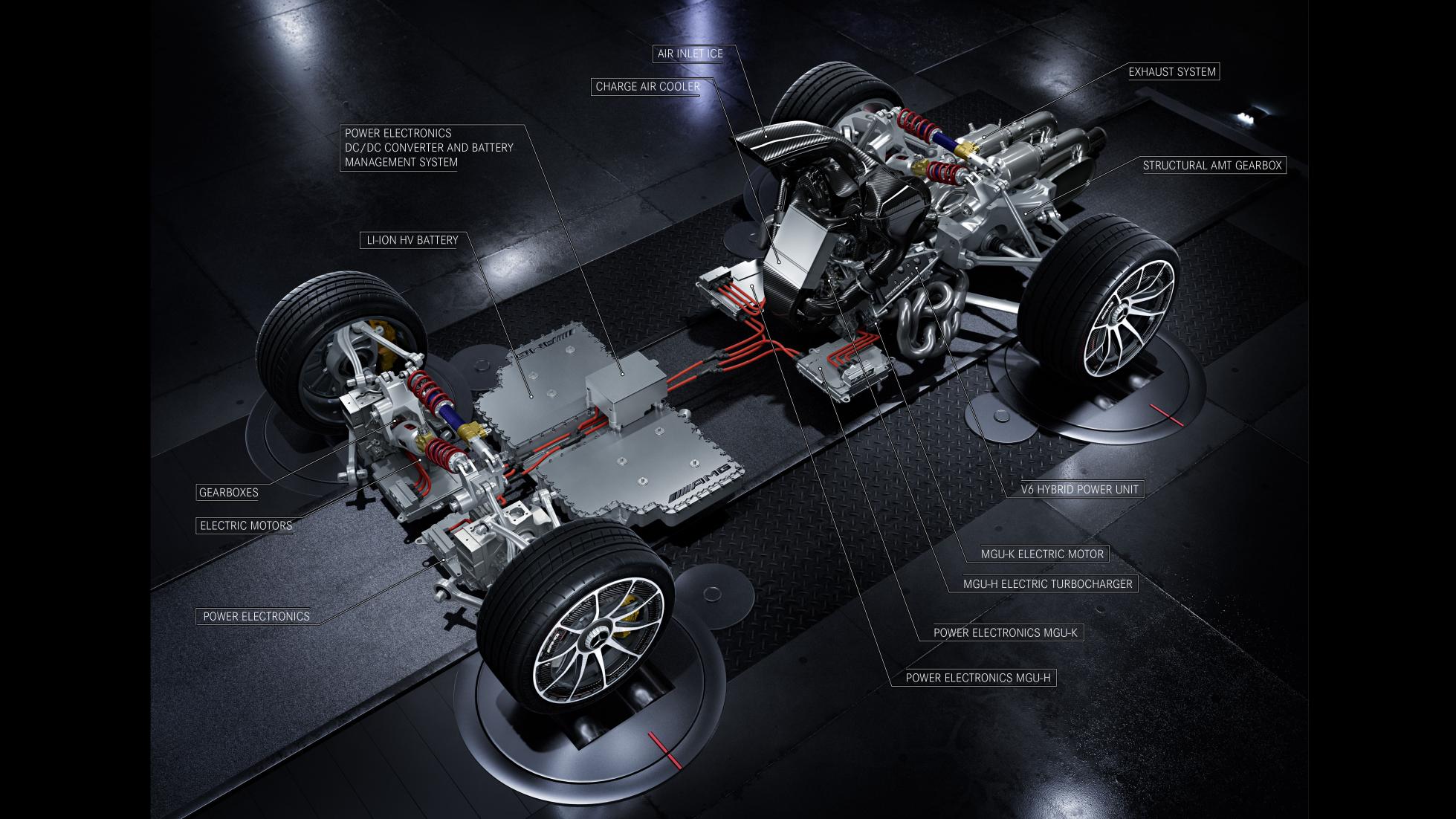 We’re also looking at adaptive suspension variable with the driving mode (an innovation banned in F1 decades ago) and an eight-speed automatic gearbox. AMG’s dual-clutch units would basically grenade themselves under this kind of load.

And that’s it, for now. That’s all Mr Moers would let on, grinning with every word, and at every gasp in the room. From the image itself, we can glimpse the innovative overlapping inboard suspension, the roof scoop air intake, and the batteries sat low down and up front to optimize weight distribution. There’s also an intriguing exhaust system out back – just how will AMG make the notoriously flat-sounding F1 V6 into a musical instrument worthy of an AMG – and a sonic rival to the screaming likes of LaFerrari and 918 Spyder? Answers on an online postcard….