This is the Mercedes-AMG Project One hypercar 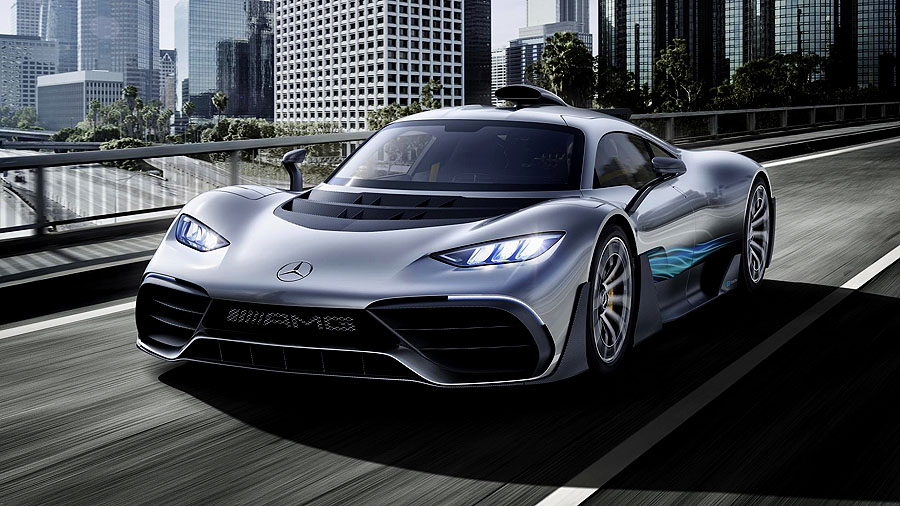 There are supercar reveals, and then there are moments like this: Mercedes-AMG’s Formula One car for the road. You’re looking at the Project One, complete with its Lewis Hamilton-approved V6 turbo hybrid F1 engine. This is AMG’s attempt to blow the hypercar competition to pieces. Are you watching, Holy Trinity?

Numbers first. Mercedes’ official stats on the Project One are noticeably ambiguous. It’s confirmed the engine is indeed a 1.6-litre that happily revs to 11,000rpm (stunted from the F1 car’s 15k redline for servicing and usability reasons). But in terms of power, we’re merely told the total output from the hybrid set-up exceeds 1,000bhp, while the top speed is ‘beyond 350kph (217mph)’. 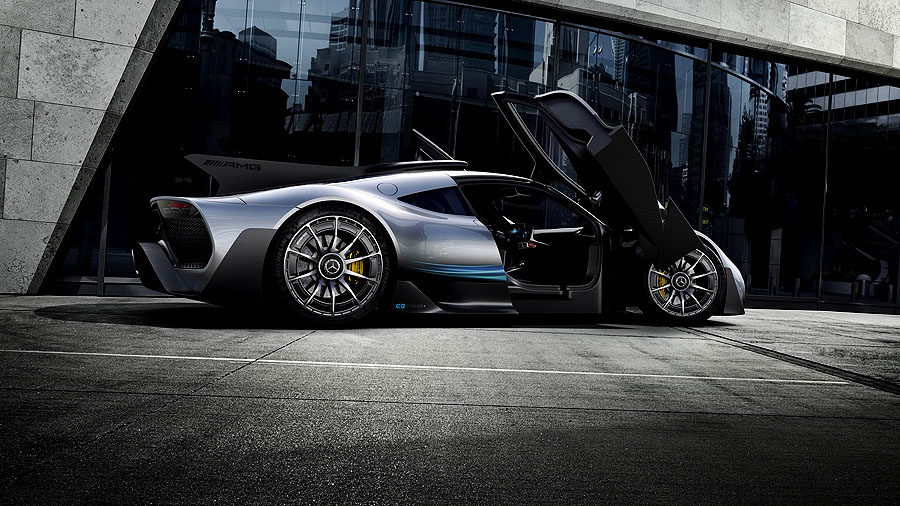 AMG’s still playing its hand close to its chest. Mind you, this is still the Frankfurt ‘show car’. AMG continues to hone this thing behind the scenes. Yet it’s still confident enough to claim the Project One will launch from 0-200kph in under six seconds. A Bugatti Chiron conservatively claims 6.5 seconds. Insert your chosen expletive here.

The Project One must be among the most challenging car set-up exercises ever undertaken. The turbocharged V6 engine itself has an electric motor built into its turbocharger for eliminating turbo lag, while another 160bhp e-motor works on the crankshaft. Then another two 50,000rpm, 160bhp electric motors independently drive each of the front wheels, allowing torque-vectoring, lightning-quick launches. Those front motors also allow a zero-emission EV mode, during which your £2.5m AMG hypercar becomes front-wheel drive (like the EV mode in a BMW i8). 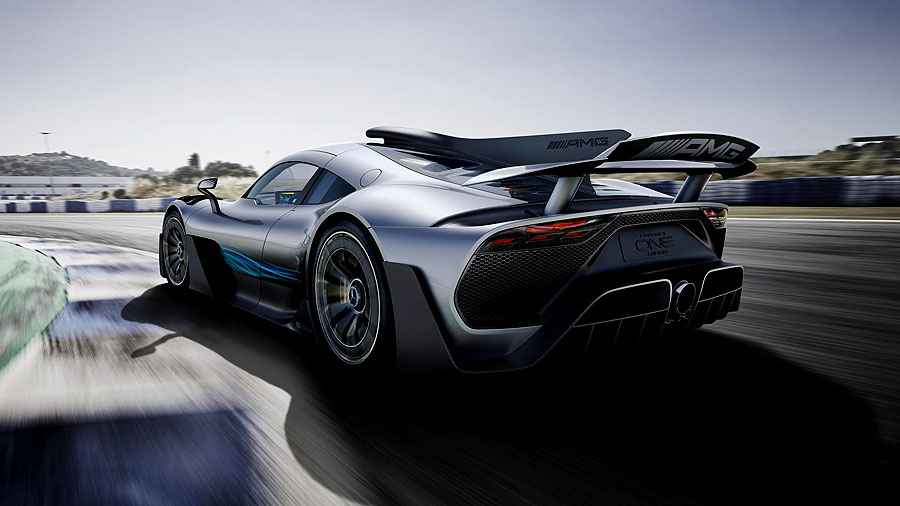 Engage the engine and drive is shuffled through an eight-speed automated manual gearbox with paddles on the F1-style steering wheel. Inside, AMG promises we’ll find two seats, much carbon, a couple of ten-inch screens for data and mode readouts, and not a great deal else. There’s no back window, for instance.

AMG says the turbo V6 engine has superior throttle response to a naturally aspirated V8, because the turbo’s exhaust gas and compressor turbines work on the F1-type energy system called Motor Generator Unit – Heat (MGU-H). That’s the fourth electric machine on the car. When the engine isn’t at full power, the turbo drives a generator mounted on the turbo’s shaft. Floor the throttle and the generator reverses into a motor, spinning up the turbo for instant response. 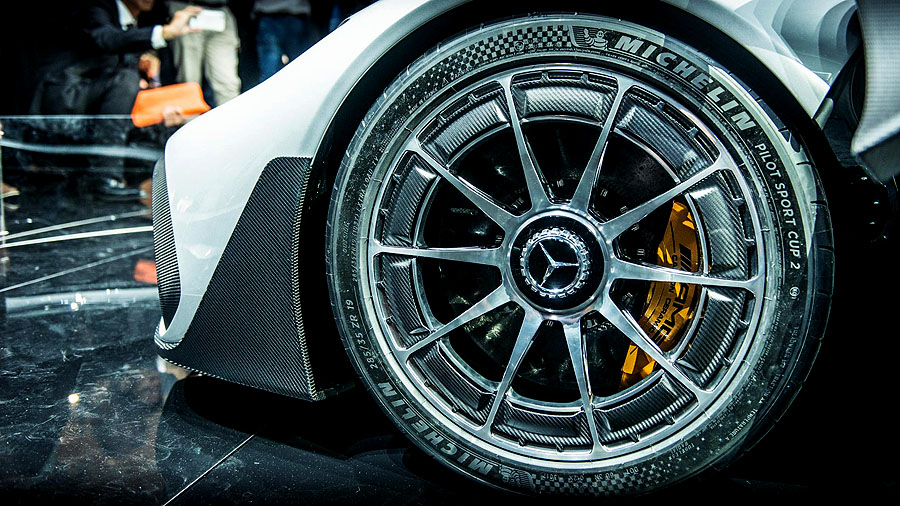 Stamp on the carbon brakes and AMG reckons 80 per cent of the force can be entrusted to power recuperation, juicing the battery for the next straight. It’s this ultra-efficient = hyper fast philosophy that’s put AMG unassailably ahead in Formula One since the sport went turbo-hybrid in 2014. And now it’s in a road car. Gulp.

The batteries themselves and their cooling system are identical to Lewis and Valtteri’s weekend mount. They live behind the front axle for optimal weight balance, and run a heady 800V system, which allows half the current for the same power as the usual 400V, meaning they can use thinner cables, and a virtuous circle of weight-saving. 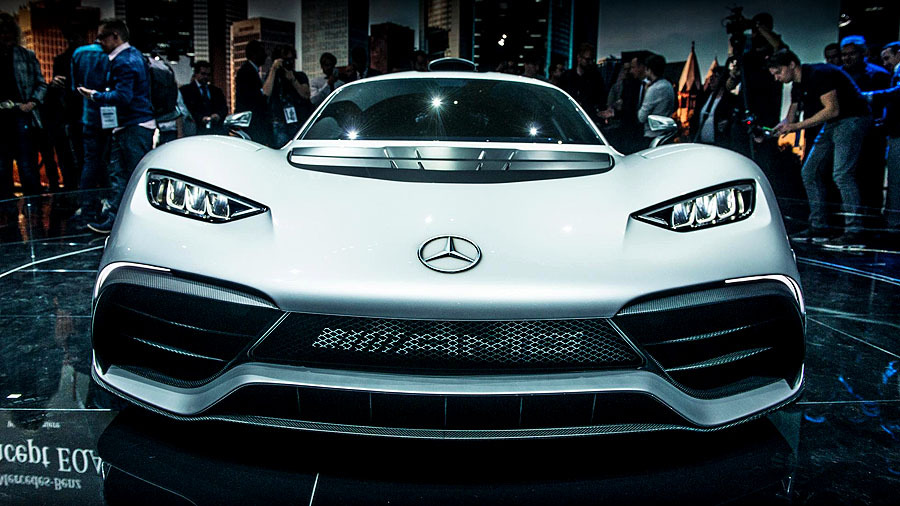 Let’s have a closer look at that bodywork. Smooth, isn’t it? An absence of creases is a Merc design tenet these days. On a supercar it looks more 1990s Le Mans prototype than uber-muscled AMG. There are hints of Porsche in the front wings.

A pop-up rear wing integrates an airbrake. It works in tandem with the retractable front wheel arch extractors to reduce drag and increase downforce depending on your mode, or mood. 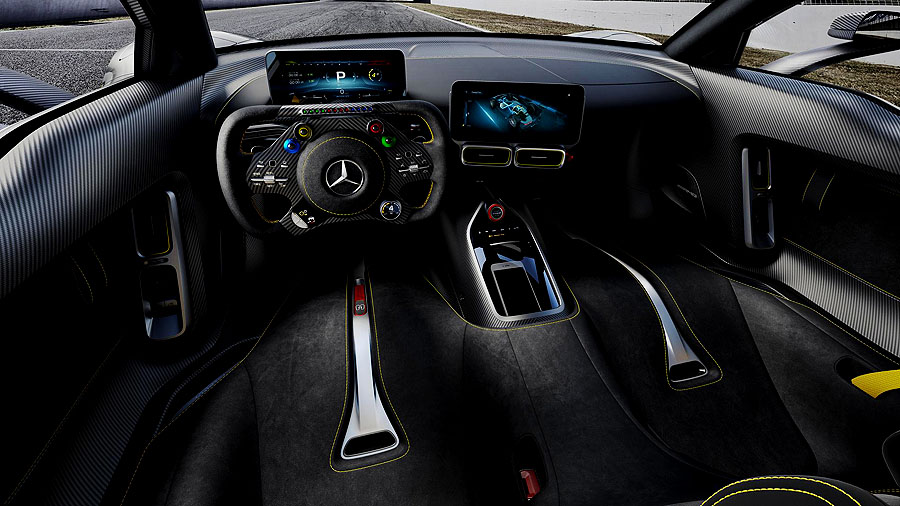 Those modes range from the silent EV milk float setting to a standard hybrid setting when the throttle is tickled, and a hot lap ‘qualifying’ strategy that’s sure to come in handy for the inevitable Nürburgring lap time. AMG boss Tobias Moers has told Top Gear he sees the Project One not as a top speed machine, nor merely as a technical showboater.

He wants lap records, and his new machine ought to make quite the sworn enemy for the brainchild of Aston Martin and Red Bull’s Adrian Newey: the similarly powerful, similarly wind-tunnel-obsessed Valkyrie. 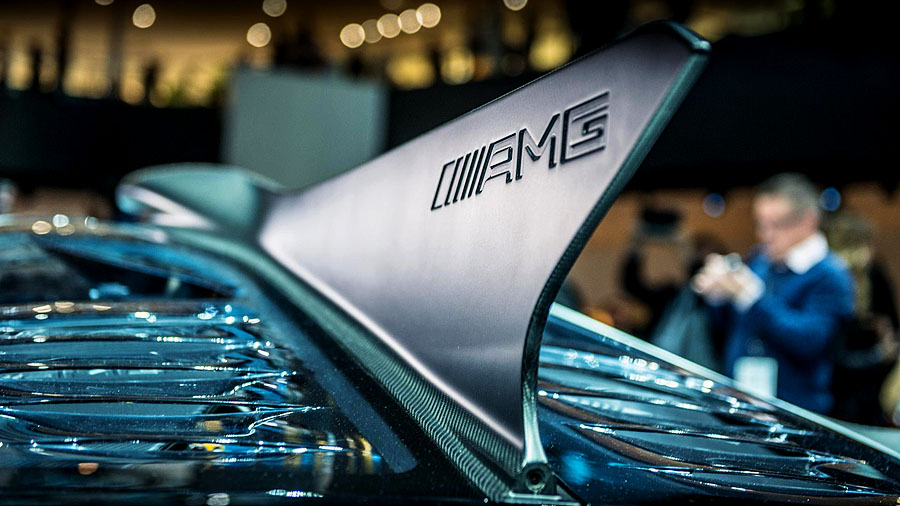 Other details worth a note? Yes, you can turn all the ESP off. Unless your initials are LH, we really wouldn’t if we were you. Besides, AMG’s bunged in an ESP Sport mode which ought to make you a viral oversteer hero but catch your F1-engined projectile before Instagram has a meltdown.

The suspension is a bespoke, pushrod design that’s utterly gorgeous, but you can study its detail better here in the drivetrain cutaway story. And the wheels remain ten-spoke forged aluminium items with carbon aero covers, to create as little drag as possible on the tricky run down Knightsbridge towards Harrod’s. 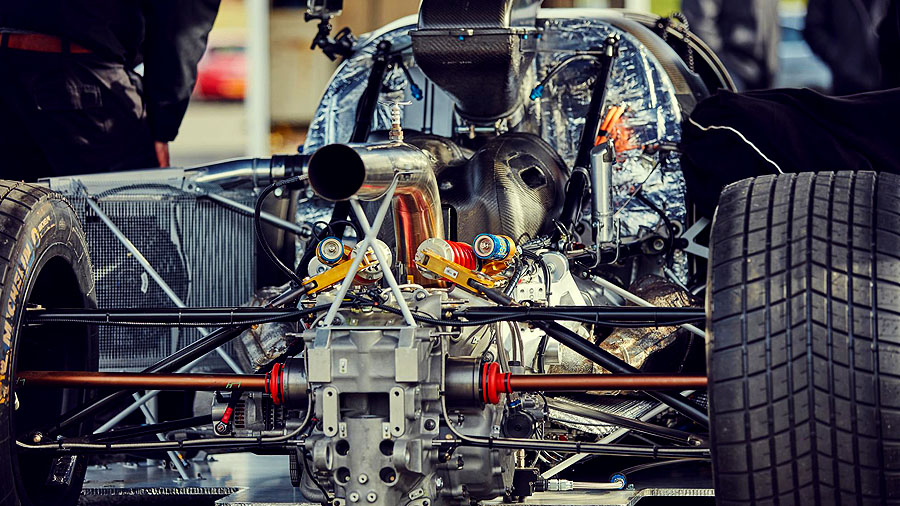 Though we’ve not seen the cabin yet, AMG has revealed a few details. As per the Ford GT, the seats are fashioned into the carbon tub, and the pedalbox and steering wheel are adjustable instead. Moers promises there is more space than the tiny narrow cabin of the Aston-Red Bull rival. 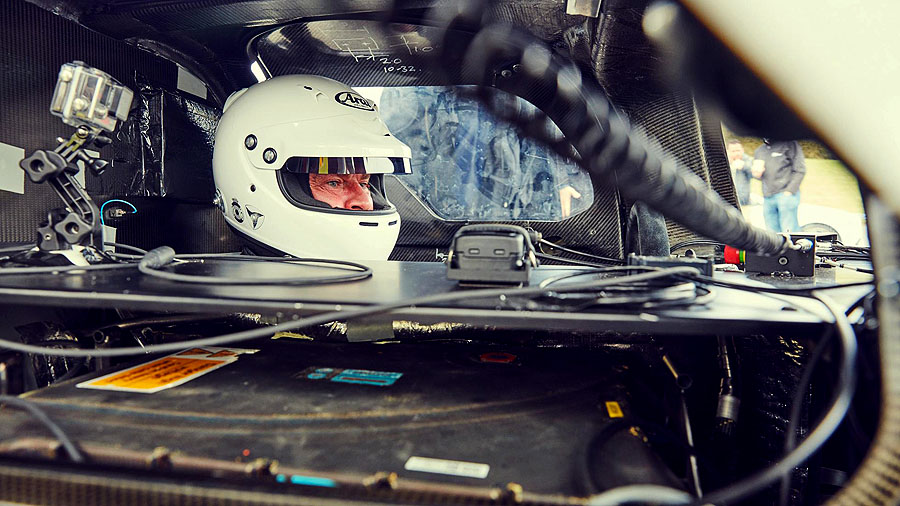 There is an air-con system, and small lockers behind the seats for luggage stowage. Electric windows come as standard in the butterfly doors, and don’t fret about the lack of a back window – there’s a roof-mounted camera and screen instead.

We’ll have more details over the coming days as the AMG Project One faces the selfie stick-wielding masses at the 2017 Frankfurt motor show. Stay tuned.