This is the 271bhp Renault Sport Clio RS16 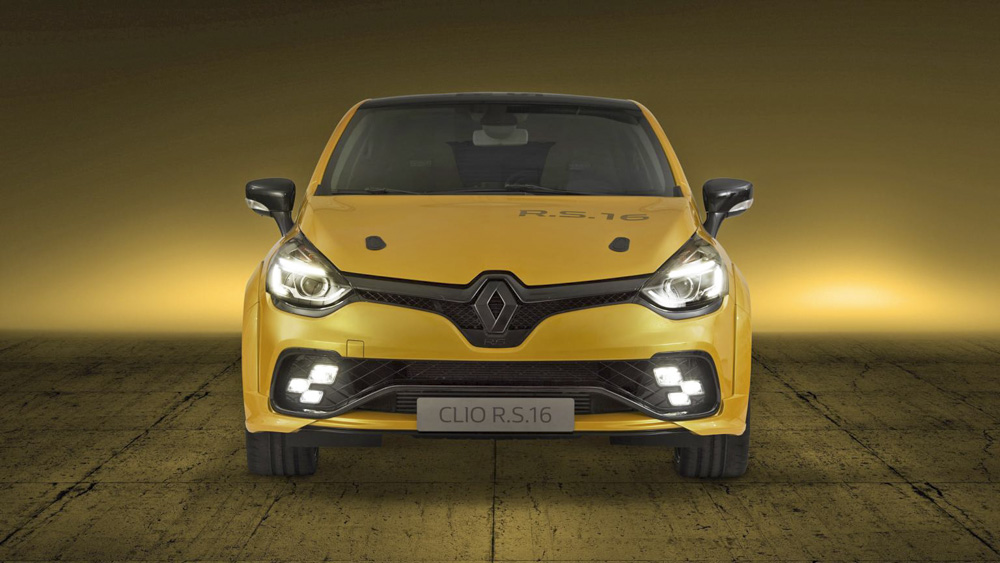 Renault has used the Monaco Grand Prix build up to unveil this, the Clio RS16. Its name and livery both nod to Renault’s F1 car, while the entire car is a celebration of 40 years of Renault Sport.

Officially a concept for now, it’s a Renault Sport Clio with the oily bits of the Megane 275 Trophy R shoehorned under it. That means a 271bhp 2-litre turbocharged engine in place of a 197bhp 1.6, and a six-speed manual gearbox in place of the current Clio’s much-maligned paddleshifter. Smaller and lighter than the Megane, it means you’re likely looking at Renault’s fastest ever car.

It’s a properly serious thing: highlights of its spec sheet include suspension components from the Clio R3T rally car, adjustable Ohlins dampers, track-biased tyres and a pair of bucket seats with six-point harnesses. There’s also a bespoke Akrapovic exhaust, which for the Monaco show car, has straight-through pipes for maximum aural drama.

What there isn’t is a rear set bench or air conditioning, with a 1,200kg target weight applied to the RS16. Its engine is heavier than a standard Clio RS’s, but the gearbox lighter, so it ought to tip the scales at a similar level. 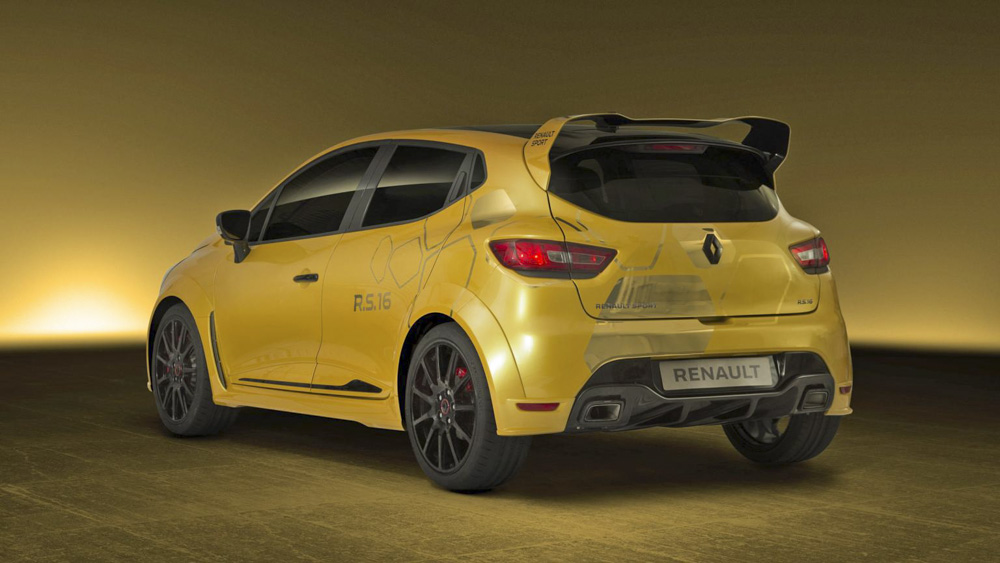 It’s wider, though, with a 60mm broader track to aid handling. The bodywork has inevitably followed, with bulkier wheel arches part of a very pugnacious visual makeover. Because the RS16 has come to fruition in just five months – via a skunkworks team buried in Renault Sport HQ – they are composite fibre additions atop the old arches, rather than brand new items.

The rear wing, meanwhile, is borrowed from the Clio Cup racecar, and adds 40kg of downforce at 200kmh upwards. A stat which rather makes us ponder if Renault wishes to reclaim front-drive Nürbrugring lap honours: there are few other circuits where that figure is anything more than pub ammo, after all…

A production decision has yet to be made, but Renault has past form in bringing cars like this to the public, the mid-engined, rear-driven 5 Turbo and Clio V6 chief among them. Should it be rubber-stamped, expect a price tag north of £35,000, but a production run south of 300 cars.