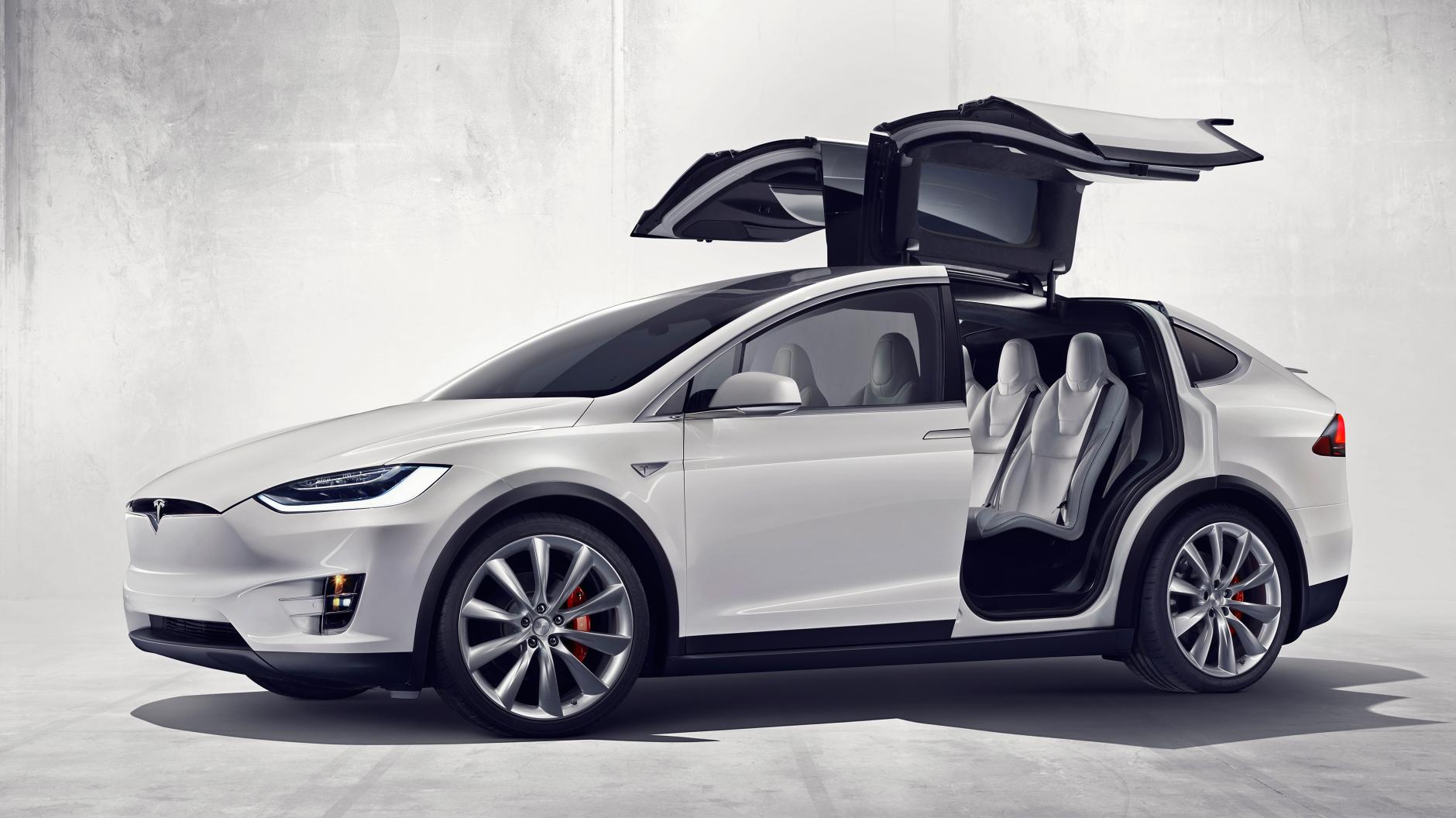 Is today the day the electric car moved from left-field indie outfit into the chart-busting big-time?

This is the Tesla Model X – the Californian firm's second mainstream model, following the Model S saloon – and it's a four-wheel drive, seven-seat, 762bhp electric crossover capable of 0-97kph in 3.2 seconds. Yes, you read that right.

Those extraordinary power and performance claims first, then. Like the Model S, the top-spec Model X is driven by an electric motor on each axle, the one at the front producing 259bhp, the one at the rear 503bhp.

They create combined torque of 967Nm – all available from 0rpm, naturally – and endow the Model X with a 0-97kph time of just over three seconds. And a quarter-mile time of 11.7 seconds. Yowch.

Admittedly you'll have to upgrade your Model X to 'Ludicrous' spec in order to unlock that extraordinary acceleration figure: in standard guise, the 0-60mph time is a yawning, um, 3.8 seconds.

The 'Signature' Model X – the only version available at launch – comes equipped with a 90kWh battery, good for an official range of 250 miles (402km). Whether you achieve this figure will rather depend on how you drive. Rather like those antiquated 'mpg' stats from petrol and diesel cars, then. Petrol. Diesel. Remember that stuff?

The Model X weighs in at 2468kg, around 400kg north of, say, the new Audi Q7 equipped with a 3.0-litre TDI. But Tesla is keen to point out that the vast majority of that weight sits low in the car – the battery is mounted below the floor – so the Model X shouldn't be a tilting fatty in the corners.

In fact, Tesla reckons the absence of a traditional combustion engine should help make the Model X 'the safest car on the road'. Though it has yet to undergo official crash testing, the company states its own tests 'indicate the Model X will receive a five-star safety rating in all categories, the first SUV ever to do so'. That's fighting talk.

Beyond those gullwing doors – fitted, says Tesla, not for ostentation but to make it easier for parents to post kids into the back of the Model X – there's plenty more Silicon Valley blue-sky thinking in evidence.

The Model X is the first production car to get a medical-grade high-efficiency particulate arrestance (HEPA) filter, ensuring only the cleanest air flows into the cabin. Until you open a window, of course.

And with a forward-facing camera, radar and sonar sensors fitted, the Model X is primed for autonomous driving: Tesla says over-the-air updates will improve the sophistication of these features going forward, with the aim of making the car effectively capable of driving itself over the next few years.

The Model X is slated to reach showrooms this winter, though we suspect the waiting list to get one on your plug-point-equipped driveway might be rather longer.

Official pricing for the range is yet to be announced, but we know the fully loaded Signature Edition will cost a chunky $132,000 in the US, equivalent to around £87,000. Baser versions will be significantly cheaper.