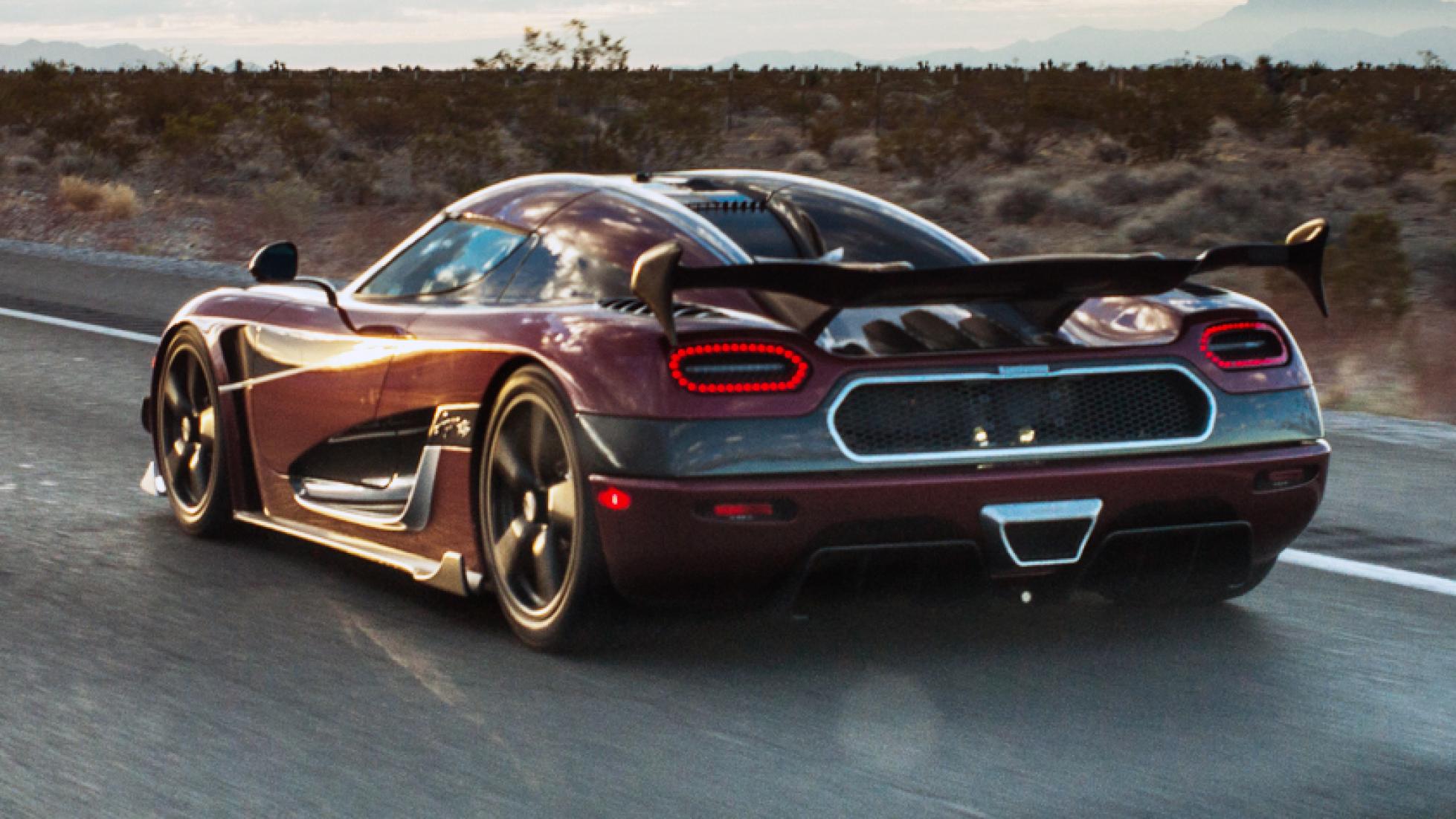 News from Koenigsegg’s ascent to the top of the speed tree continues to astonish. Official confirmation has arrived that the Koenigsegg Agera RS has just set FIVE new records.

The first you saw last month, where an owner’s 1,360bhp Agera RS managed to go from 0-400kph-0 in just 36.44secs. Over the weekend, this same Agera managed to shave off a few seconds, achieving a record of 33.29secs. That’s just over eight seconds faster than a Bugatti Chiron.

The 0-400kph bit was covered off in 24 seconds flat, while braking back down to zero took another 9.29secs across 499.3 metres. Oh, and if you’re interested, the Agera RS managed a quarter mile run in 9.96secs. Ladies and gentlemen, we have a ten second car.

More speed happened. The Agera RS managed an average top speed of 447.19kph over two runs, as you’ll know, meaning it is the fastest production car in the world. You can watch video of both runs above.

During its north-westerly run, we’re told (from the Las Vegas end towards Pahrump), the Agera managed to hit 457.94kph. The south-easterly run managed 436.44kph, though that was slightly uphill and featured a bit of a headwind. Still, job done.

Finally, we come to the fifth record – that of the highest speed ever recorded on a public road. Mercedes took this honour back in 1938 with the ‘Rekordwagen’ (Auto Union’s attempt to beat Mercedes at this speed week unfortunately resulted in the death of Bernd Rosemeyer. Koenigsegg’s 457.94kph during that first top speed run has toppled the Benz’s near 80-year record.

After going really, really quite fast, Koenigsegg driver Niklas Lilja told Top Gear: “Of course, we want to prove it’s quicker than anything else in the corners too.”

Yikes. To shoehorn in a boxing analogy, is the Agera RS the defining heavyweight of its era?