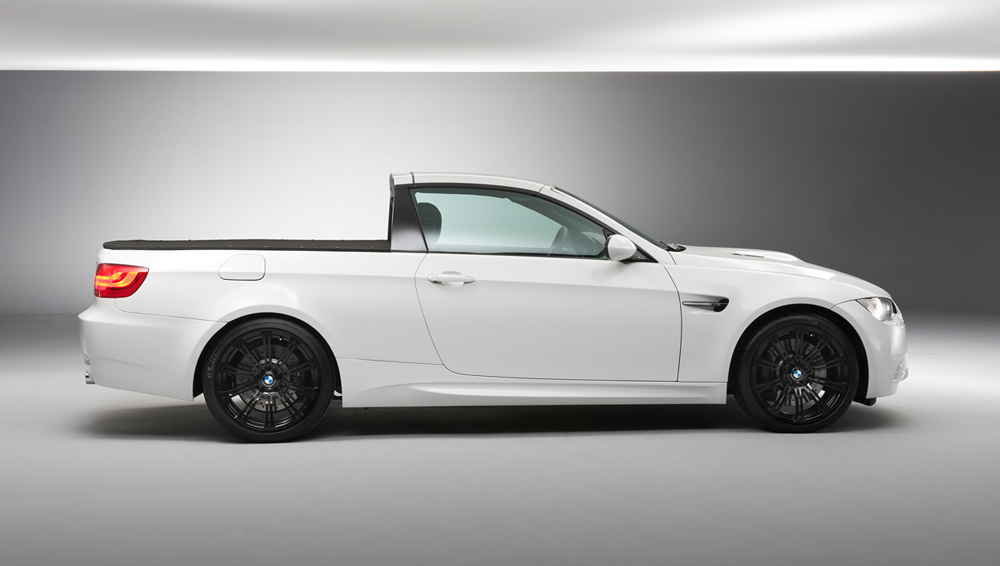 “It’s always the quiet ones” said a wrinkled old lady at some point in history, and - as it turns out - the mythical matriarch was mostly right. Sometimes even the most strait-laced types have one too many coffees and go slightly… off-grid. Which has apparently happened here. Because I’m staring at a bona fide BMW M3 pickup. Made by BMW. 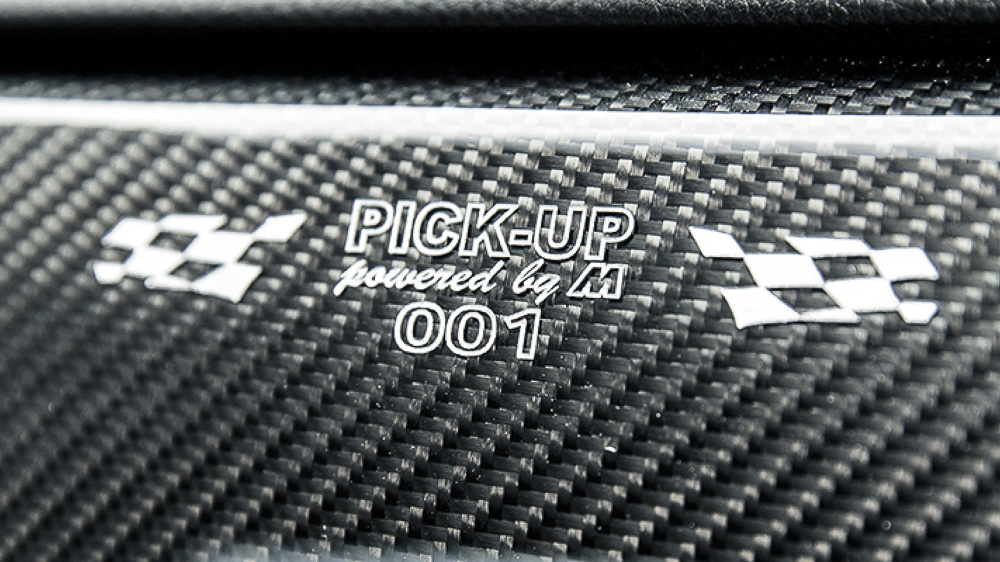 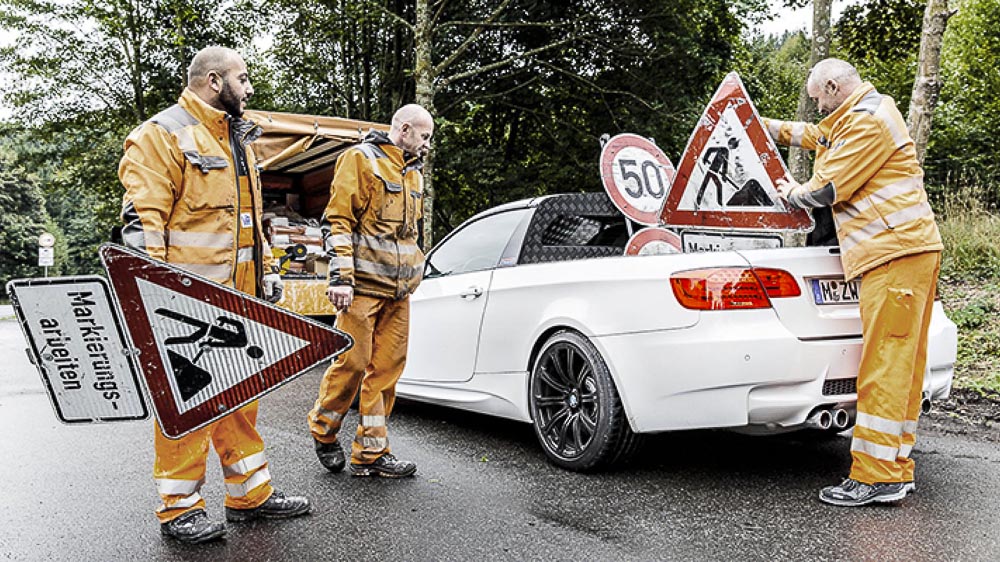 So here I am, TG magazine Australia’s editor and official Ute correspondent, preparing to assess a BMW M3, chopped and trayed into an honest-to-god Aussie Ute, V8 donk and all, by driving it at high speed down an autobahn. In the rain. Australia, generally, has lots of speed limits. It also doesn’t get an awful lot of rain. Oh dear. 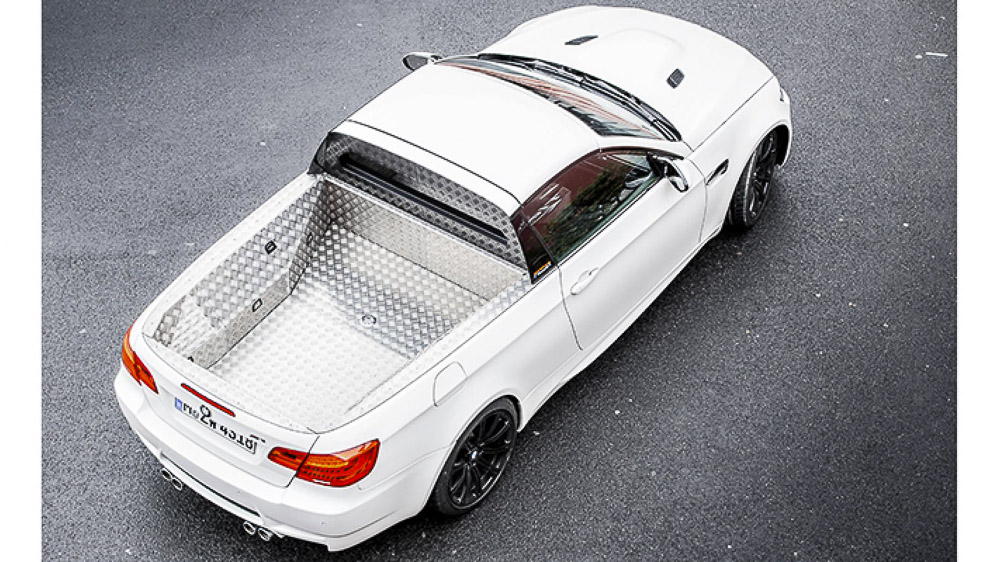 My first thought on seeing the vehicle itself is: that’s hilarious. Which is almost certainly the first time anyone’s ever said that about a German joke. See, BMW engineers created the M3 pickup as a sort of April Fool’s funny, in the sort of deadpan, overly literal way only Germans can. But where other carmakers would have ‘leaked’ a production sketch, the Bavarians went into a workshop, chopped the back end out of an M3 convertible, and welded in a footplate to make a pickup. A properly engineered thing. Just for a gag. 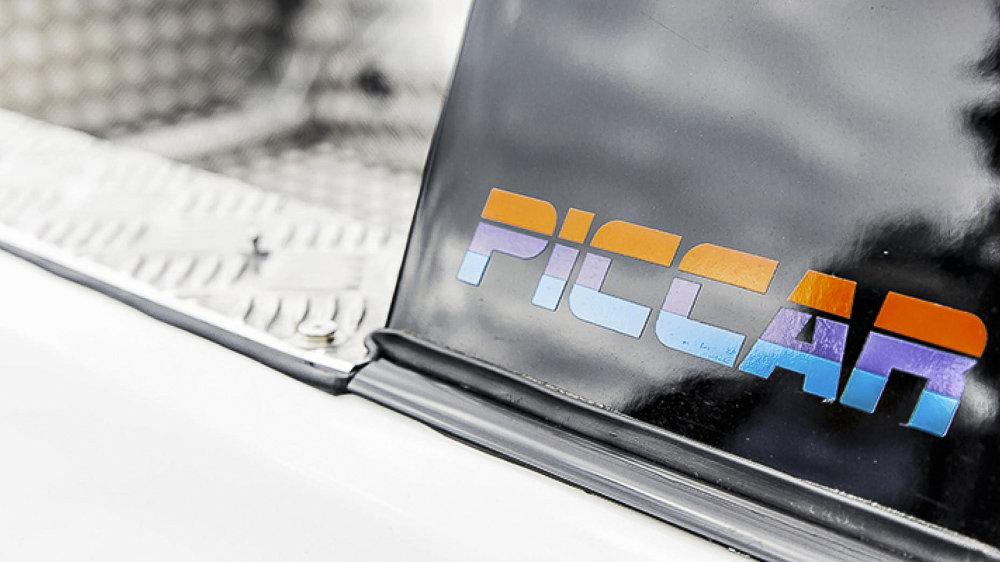 As I’m easing it out of the BMW Tech Centre, I hop out for a minute to shove my bag into the photographer’s car. A BMW mechanic wanders over: “I’ll put it away for you.” No, I explain, I’m going out to drive it. “You’re going to drive it!” he sputters, in the same tone as if I’d mentioned I was going to eat the wax fruit on the front desk. He clearly thinks it’s a bad idea. “Be careful of the weight distribution,” he says, sounding like my doctor, except he means the car. I’m not sure this is as promising as it sounds. Did we mention this car was built just to make an engineer laugh? 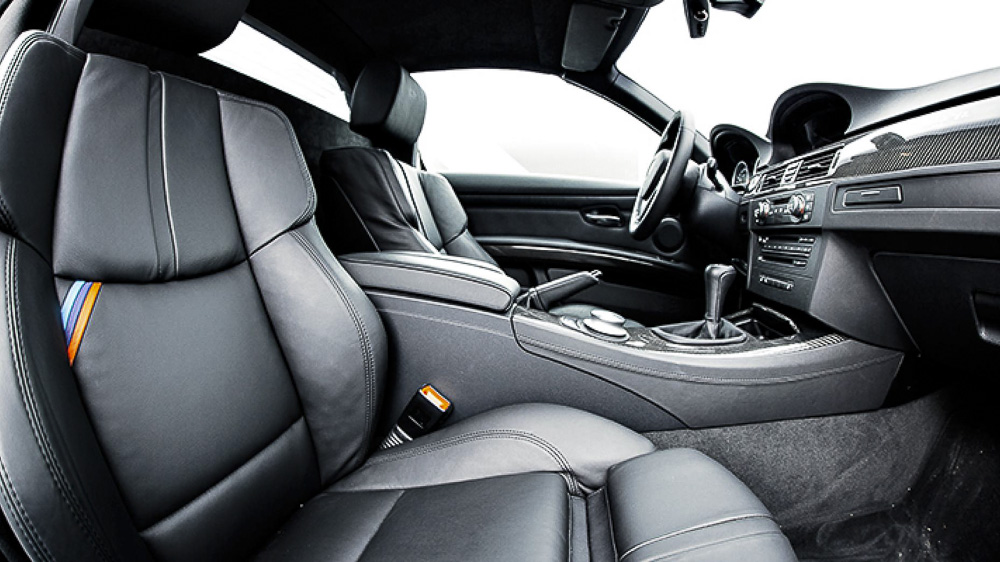 Luckily, it’s all pretty recognisable in the cab. The 4.0-litre V8 is mated with a manual transmission, which is a joy in a world of twin-clutch paddleshifters, and it throws out a useful 420bhp. Luckily, despite the Dr Frankenstein ministrations of the M Division spook shop, the basic arse-saving tech remains intact, because the tarmac around Nürburg on a drizzly autumn day is not the place to antagonise a RWD freakshow that has had a few hundred kilos suddenly deleted from above its driving axle. 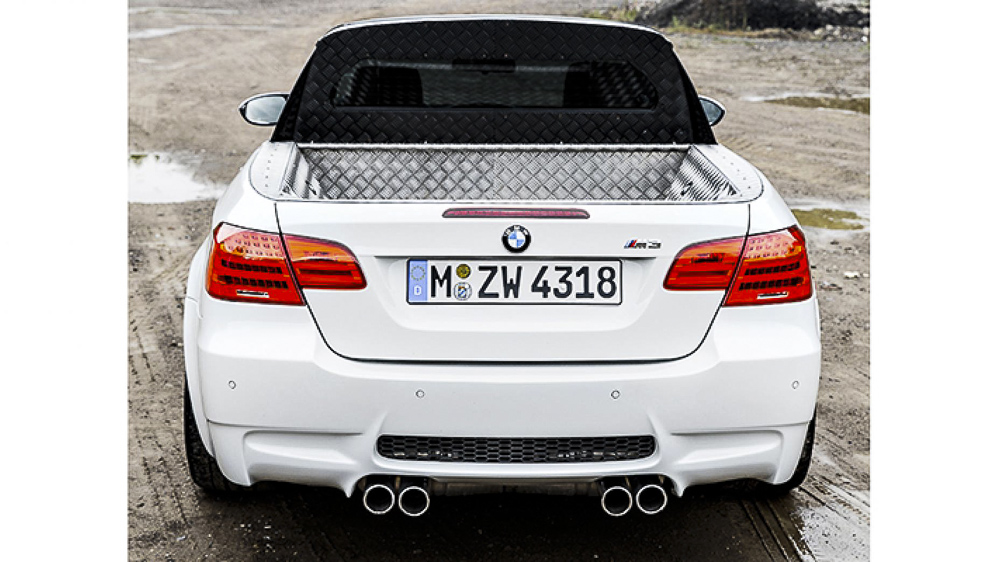 I’m reminded about the amputee state of the rear end when, coming into a tight hairpin, I give it a poke and find the tail coming wildly loose. Not the gradual drift a regular M3 would deliver and help you control, but a genuinely slippery whip at the back, that has my stomach lurching like I’ve stepped into the elevator shaft to find the lift’s not there. This car is the only one of its kind in the world, and I desperately do not want to have to call the BMW press office and tell them which tree they can find it in.

But I must test. It’s in the job spec. I need to find out if you can hoon an M3 Ute. Which means driving fast. I’m in Germany. The unrestricted autobahn beckons. 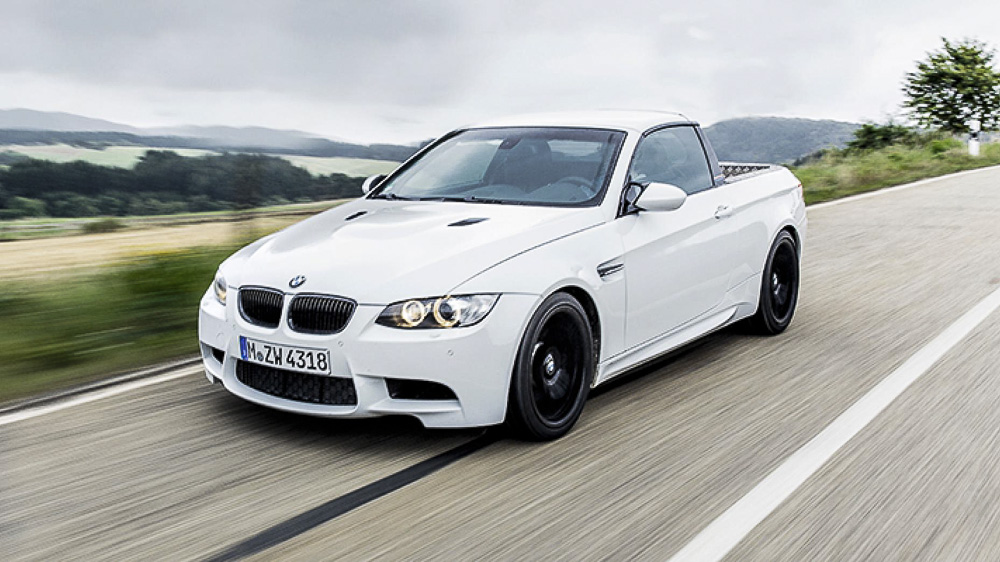 177kph: The M3 Ute feels good. That engine is pulling merrily and is a poignant reminder of what we’re going to miss in the very near future, when BMW’s V8 is replaced with a turbofied six. Oh, it’ll certainly be a wonderful engine all round, but there’s nothing like the roar of a V8 and that completely direct and pure delivery of power. No slush, no pause, just a mathematically predictable connection between your intentions and the weapon at your disposal. It feels good. Solid.

200kph: The confidence coming through the steering wheel is beginning to drain away… like when you climbed a tall tree as a lad and you suddenly looked down and thought: “This could actually go quite wrong.” Even though I know the chassis is intact and it’s only the top half of the car that’s been chopped, I’m suffering visions of the thing splitting in two and spilling me out onto the autobahn to be chewed into paste. Odd, that even in unrestricted sections, most Germans are content to trundle along at a stately 150ish kph. Even so, nothing can prevent my right foot from touching carpet when that white circle sign appears. 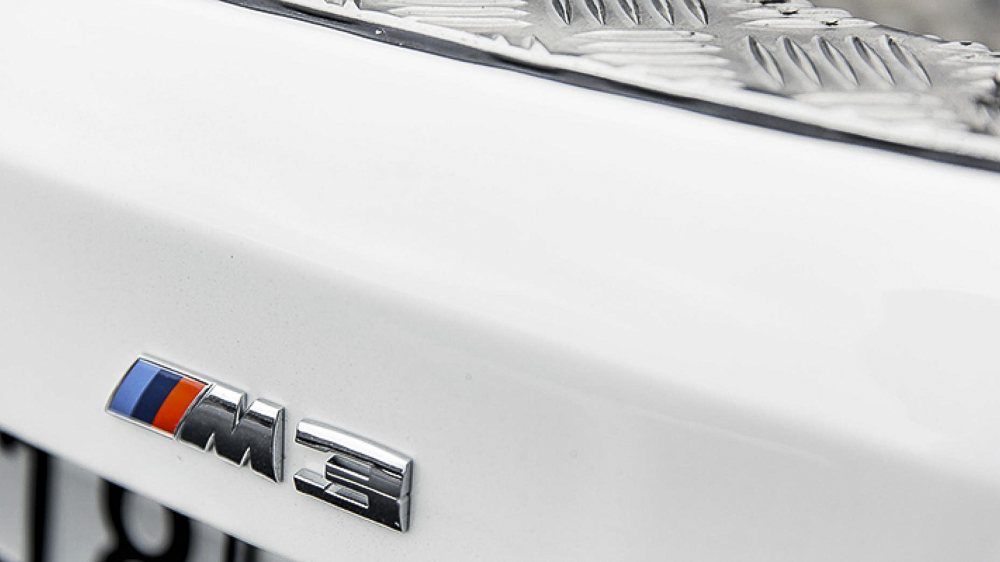 On the other hand, I tell myself, stop being such a big girl’s blouse. How many times am I going to get the chance to punt a chopped M3 on an unrestricted autobahn? Well, once, if the thing goes airborne and I end up as a long streak of red crayon over a mile of German tarmac. 240kph: The whole back end feels helium light, and it doesn’t help that this section of the autobahn is one enormous bend: the flat-back M3 is trying to shimmy out of its lane and into the slower lane next door. It’s starting to lightly twerk like Miley Cyrus scenting a camera. How long can this corner be? Surely I’ve now covered 360° and I’m heading back the way I came? And ahead, more bad news: a white van has randomly decided to overtake and pull into my fast lane at about, oh, a million kilometre an hour less than I’m doing. I’m feathering the brake pedal to stop the back of the M3 hitting me in the head, and trying to divide the distance between me and the van by the capacity of my bladder to find the maximum number of decibels I can swear at. 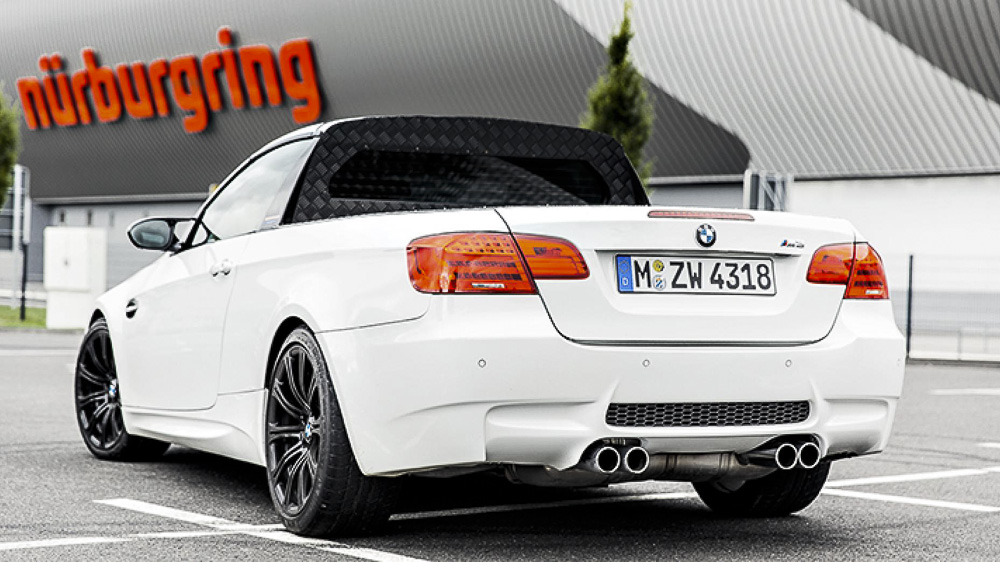 And then the unrestricted section is done, and traffic snaps into place in front of me. My heart is thumping, my hands are sweating and I’m making involuntary grunting noises in place of simply breathing. Mad. This thing is totally mad at high speeds. Which is when it hits me… surely that’s the best possible recommendation that it’s a real Ute. It’s not a Ute as we know it, and it’s not a bad thing that M is going to stick to what it’s better at. But the guys have built a fun machine here, a joke that turns out to be anything but. How much more German than that can you get?