Secret access: the Caterham sports car that never was 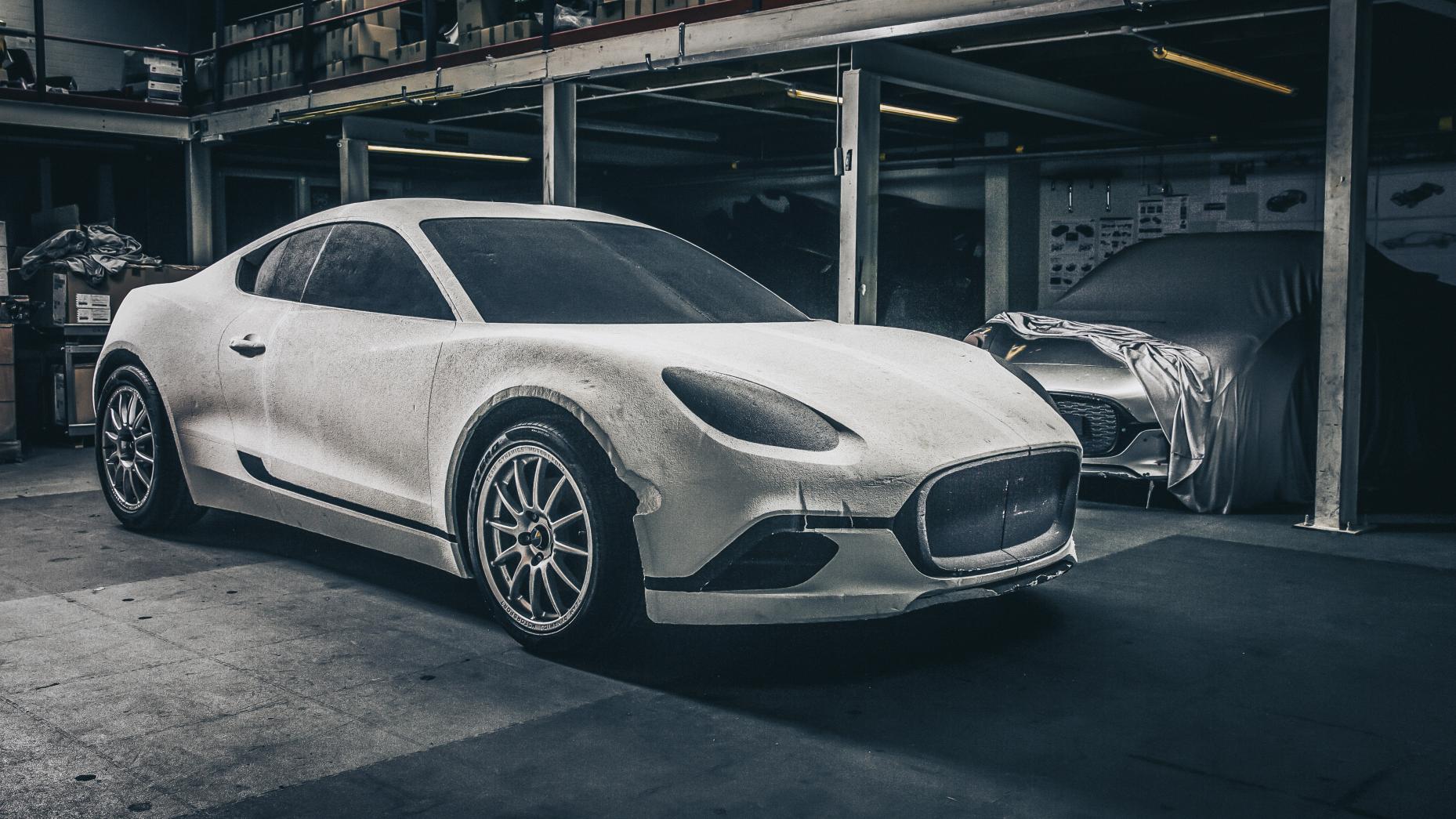 In this job, it pays to be impartial. You need to approach new cars with an open mind, untainted by allegiances or grudges. Yet sometimes emotion takes hold. As I walk around the Caterham that never was – codename C120 – I can’t help but echo some of my hosts’ melancholy. How cool would it have been for this to have been put into production?

To tell this car’s story, we need to wind back the clock to 2012. Caterham chairman Tony Fernandes brokered a deal with Renault to team up on a new sports car: a mid-engined, rearwheel-drive, two-seat coupe which would simultaneously bring back the Alpine badge and give the venerable Seven a stablemate. 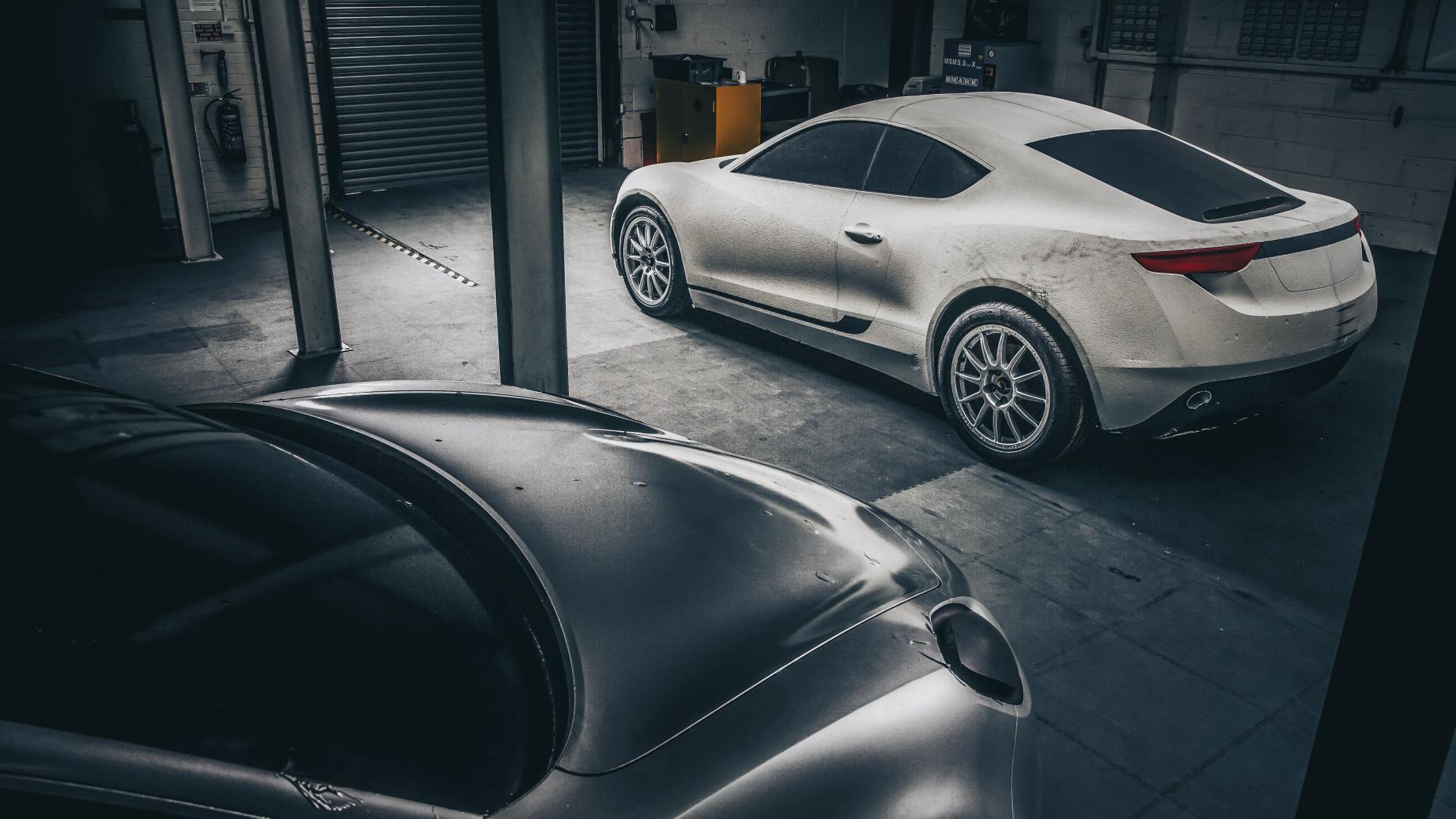 The cars would share architecture and componentry – their DNA around 85 per cent identical – and the companies would share a factory, namely the Dieppe plant which used to make Alpines, and which currently assembles the Clio RenaultSport. It should be small wonder, then, that the design buck you see before you so closely resembles the Alpine Vision concept we’ve seen recently, the production version of which follows soon.

Except it shocks me. See, the two companies split from their deal in early 2014. Details of the break-up were scant, so, like the falling apart of your favourite rock band, it was easy to speculate creative differences lay at the heart of it. And even the sharpest industry forecasters hadn’t predicted Caterham’s half of the deal could look quite this civilised. 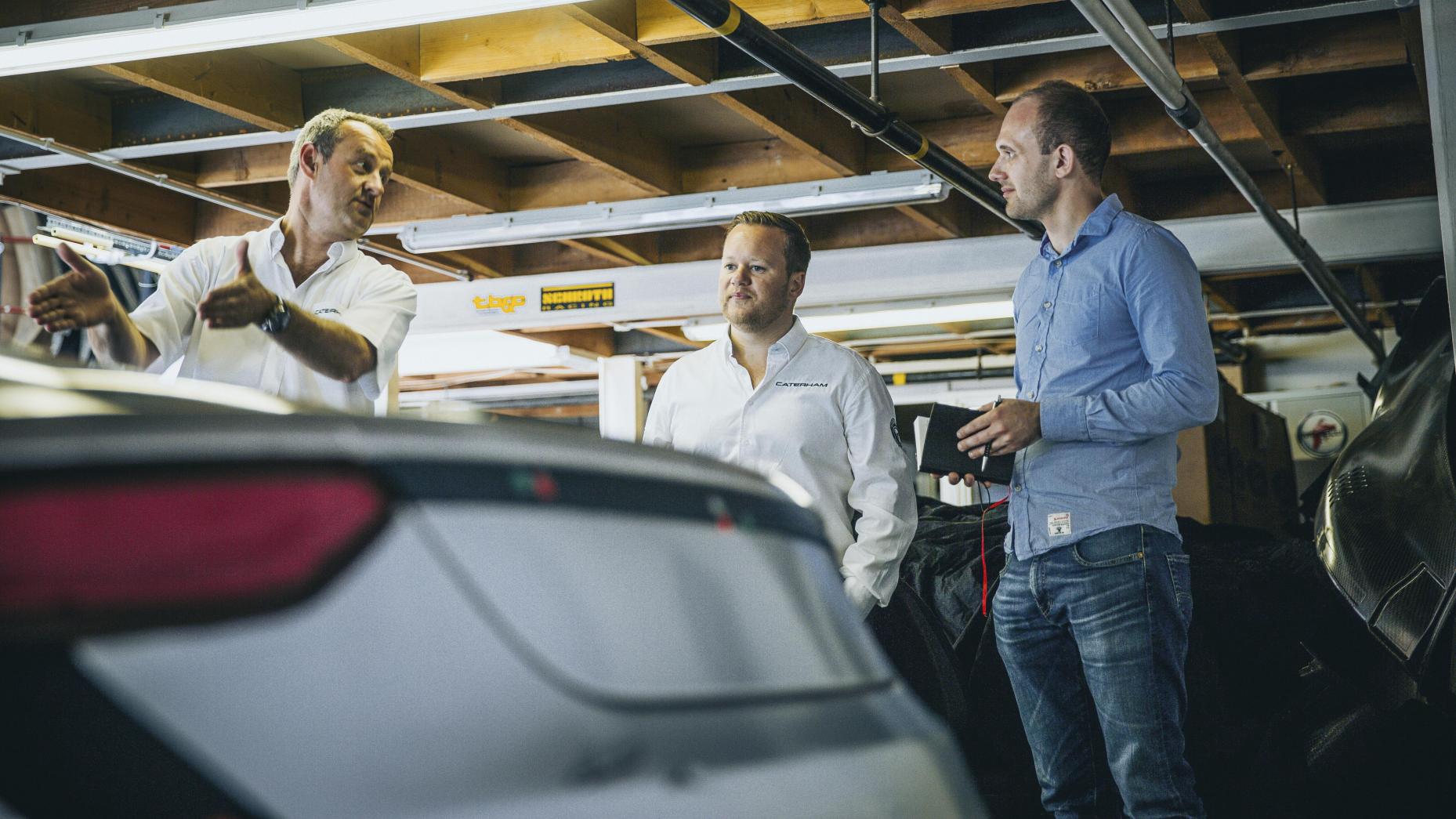 “This wasn’t a niche, fibreglass sports car,” Caterham’s chief commercial director David Ridley tells me. “This was proper grown-up, mainstream sports car.” The aim was for each company to sell 3,000 of its respective model a year, with a €40,000 price tag, a figure only achievable thanks to the two companies working together.

“That’s what Renault was bringing to the party for us, access to their parts catalogue,” Ridley continues. “If Caterham tried to do this alone, it would be a £60,000 car.” In total, the investment was to top €150 million, split 50/50 between the two companies. 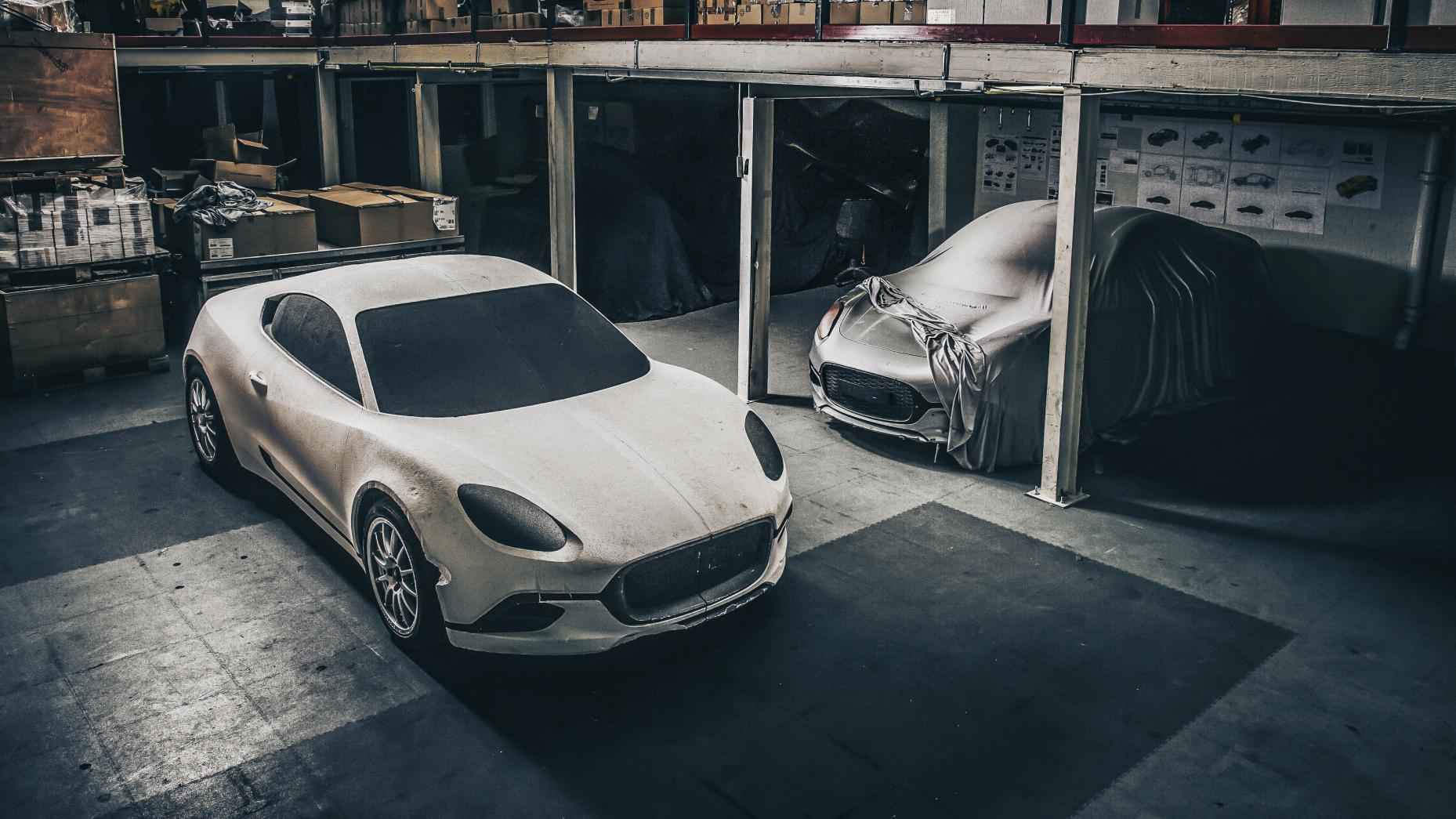 The same for decision-making, too, with no company having majority say, despite the ratio of staff swinging heavily in the French company’s favour. “Nothing could be signed off by Renault without Caterham signing off as well,” says Ridley. Caterham assembled a 110-strong team of former Lotus and McLaren engineers in Norfolk just for this car, and every fortnight there’d be flights across the Channel to facilitate working face-to-face.

The car itself is very beguiling. Even if the two models you see aren’t even cars. One is polystyrene, the other decorated clay, and both wear the scars of neglect. Barely anyone has seen these designs, even within Caterham. Which is a shame. The C120 is not unlike a Toyota GT86 in its size and proportions, while there are hints of F-Type in its detailing. 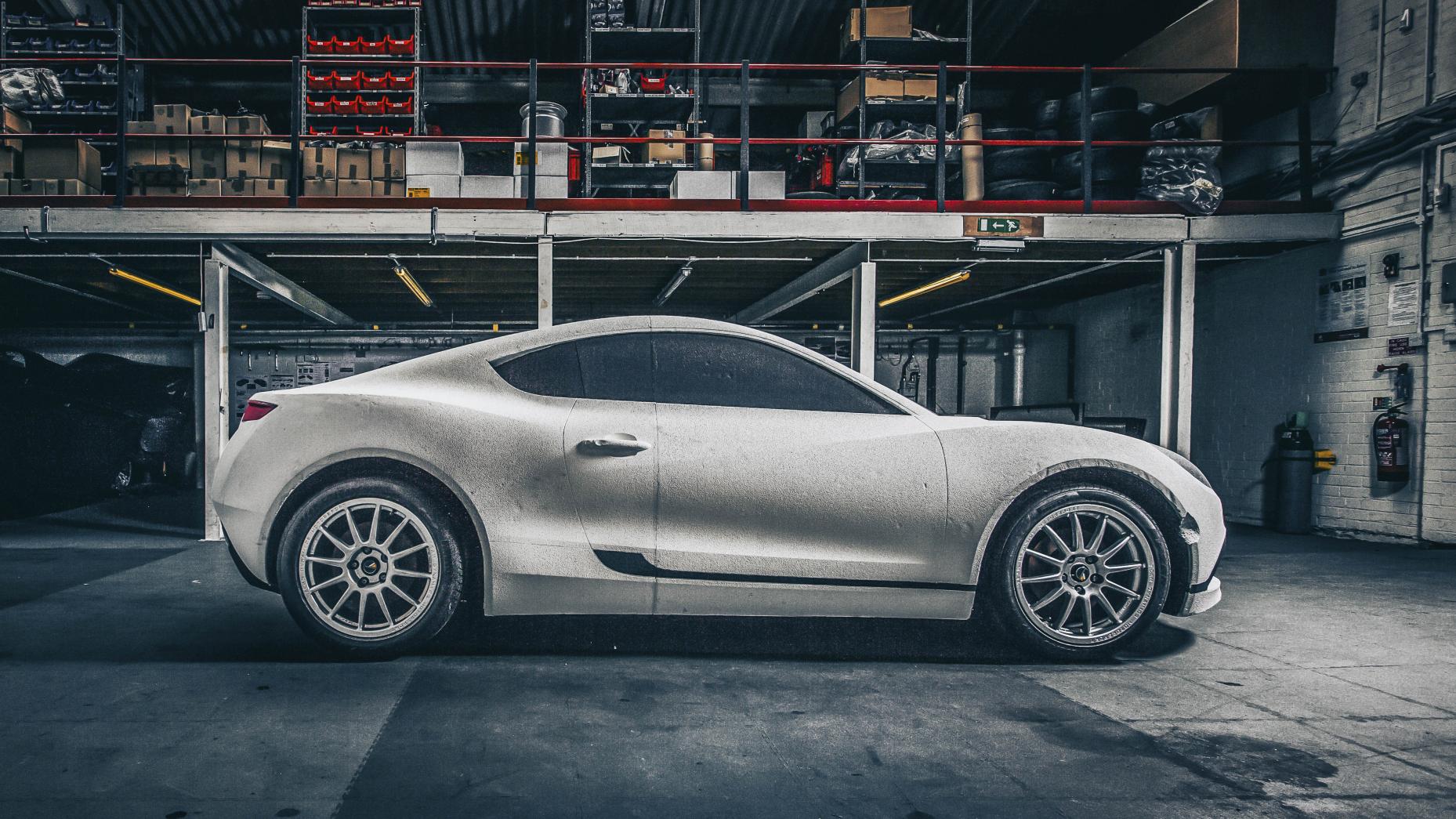 And it’s strikingly similar in shape to the Alpine Vision, even down to the lights. Both front and rear units were shared between the two brands, thanks to the €9 million cost of developing them. Those additional spotlights on the front of the French car appear to be a helpful styling differentiator as much as a nod to Alpine’s past, then.

Caterham eyed up key differences to the Alpine beyond styling flourishes, too. While both cars would launch with a paddleshift gearbox, the British carmaker was determined to respect its enthusiast roots and offer a manual shortly after launch. It fancied different stability-control settings, a more focused suspension set-up and a manual handbrake. A foray into GT racing would have been inevitable. 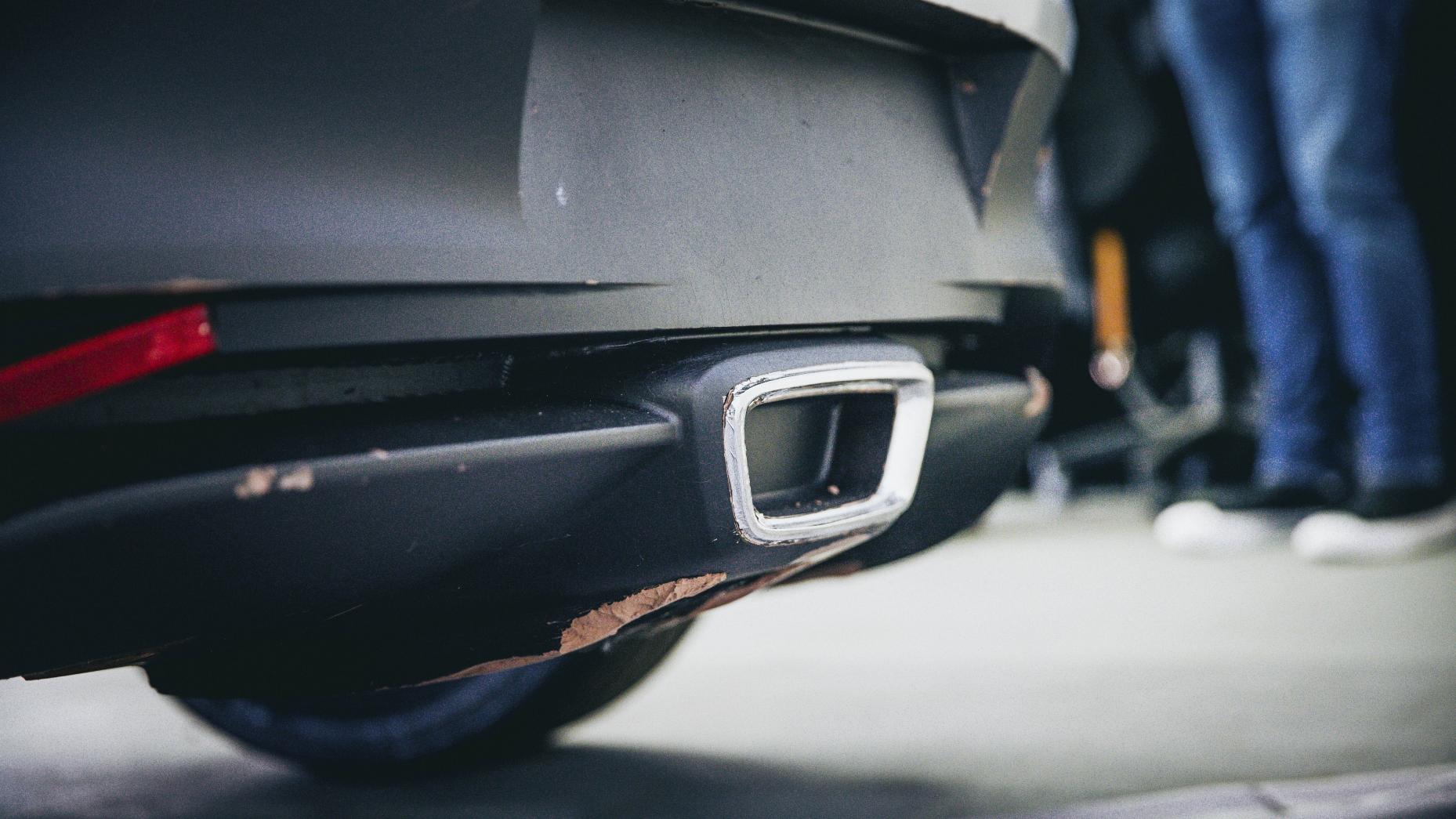 I ask about the vision of Fernandes, who’d suggested Caterham’s growth called for an extended range of cars, a crossover included. This was all to follow the C120, it transpires.

“That was the other appeal of Renault,” adds Caterham CEO Graham Macdonald. “They’ve got so many different platforms that we could use. While the majority of our team in Hingham were working on this, there were some already starting to spec what the crossover or the hot hatch was. We had the plan.” 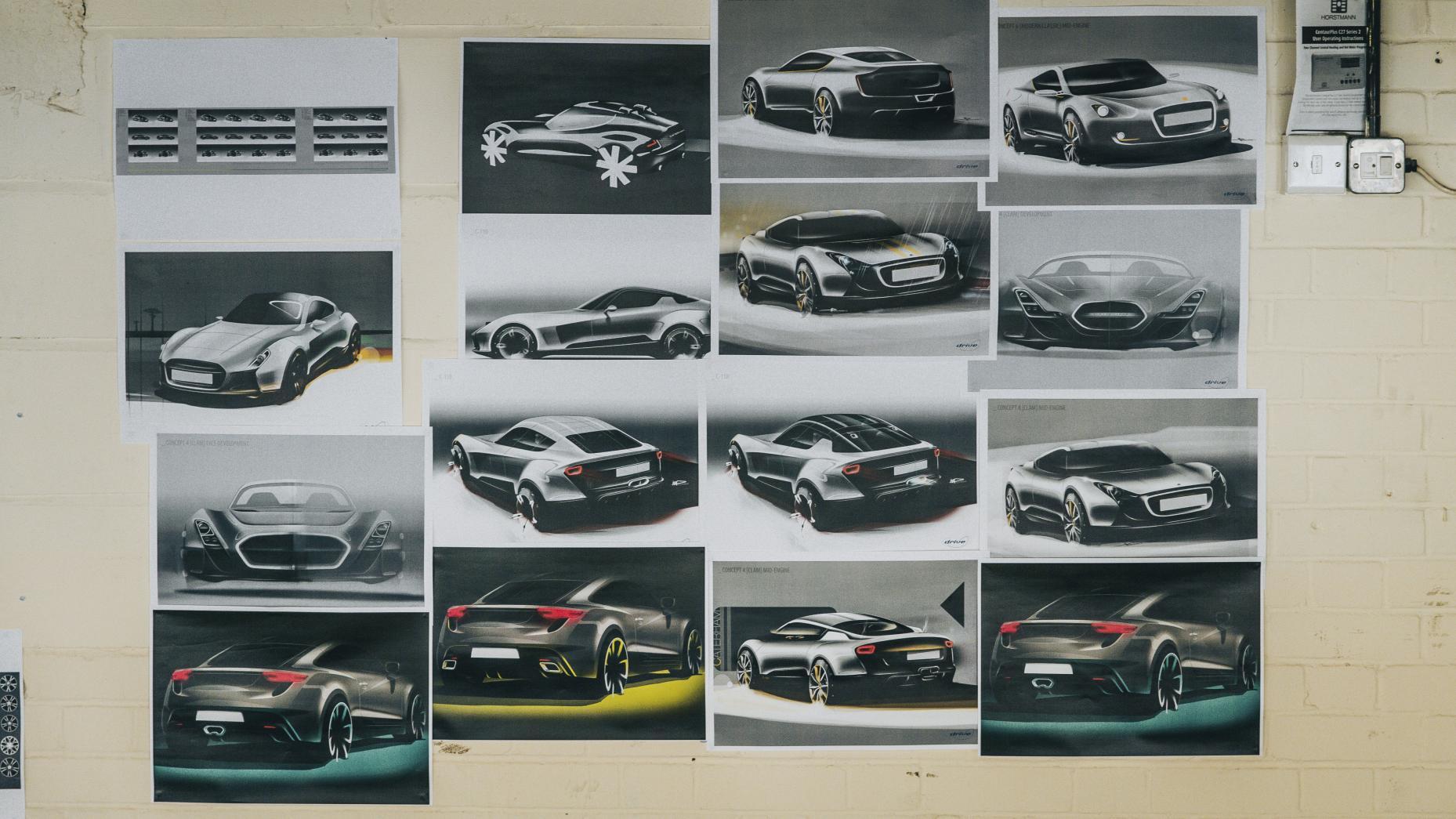 That plan saw a hot hatchback spun from the Clio RenaultSport, and a crossover based on the Captur. “Caterhamise it, that was the word we used to use,” continues Macdonald. “So we’d do something with the suspension, maybe a little tweaking on the powertrain, the handling. But in the main, it would be the base car, so the investment wouldn’t be as big as a ground-up sports car. Renault was a very willing partner.”

If that was the case, then, you might rightly wonder why it all fell apart. The answer is simple: money. Caterham simply couldn’t keep up with matching Renault’s investment. 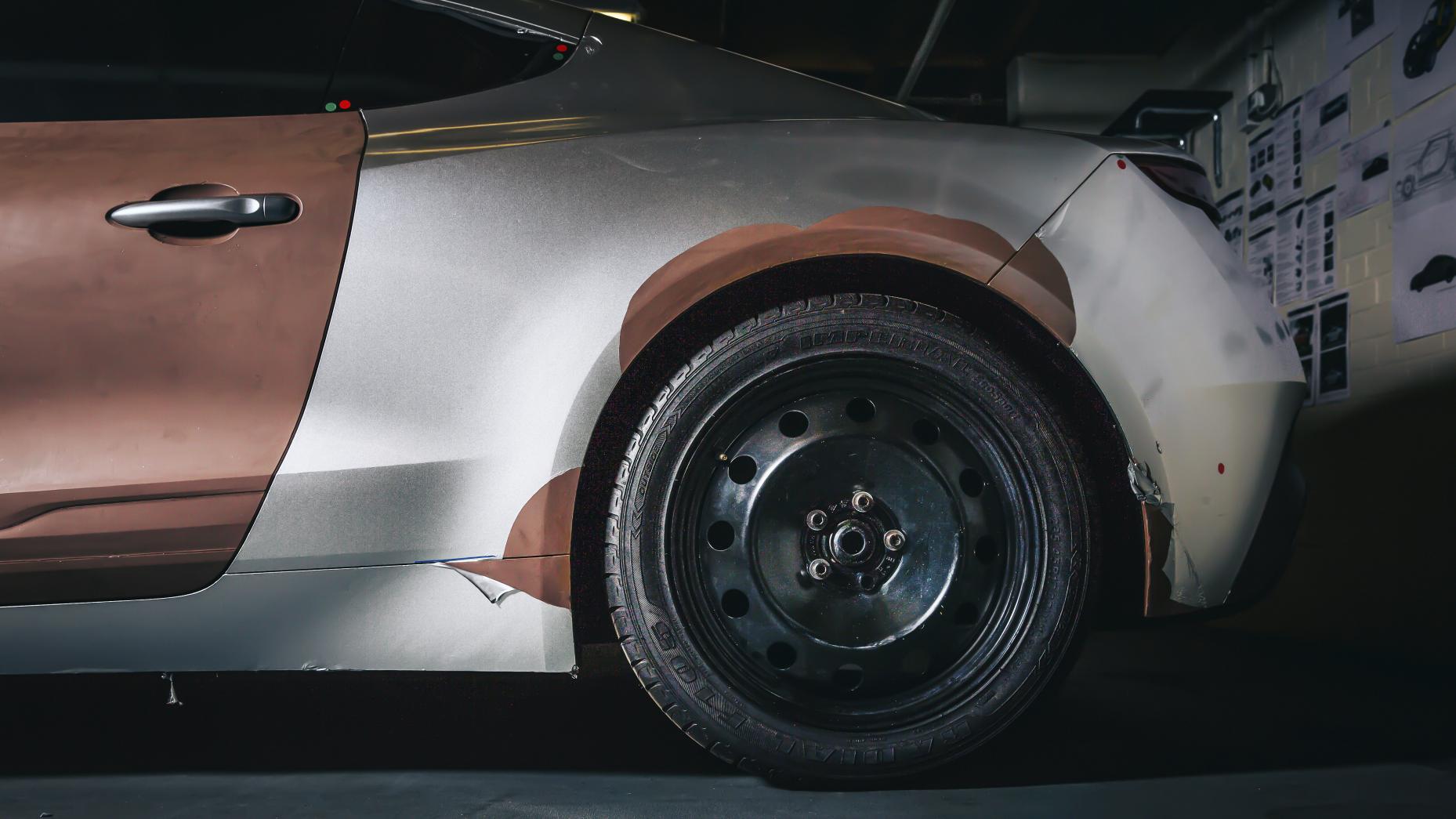 “We got to the point where we were trying to lay out additional funding for the next stage. We agreed on the shape, on the style. It was about to go to the phase of tooling,” says Macdonald.

Ridley picks up the story. “To tool-up needs serious investment. We just reached the point where we weren’t quite ready. We didn’t quite have the funding in place. Had we been given another month, another six months, who knows? But time ran out, and so we decided to exit, and they continued on with the project.” 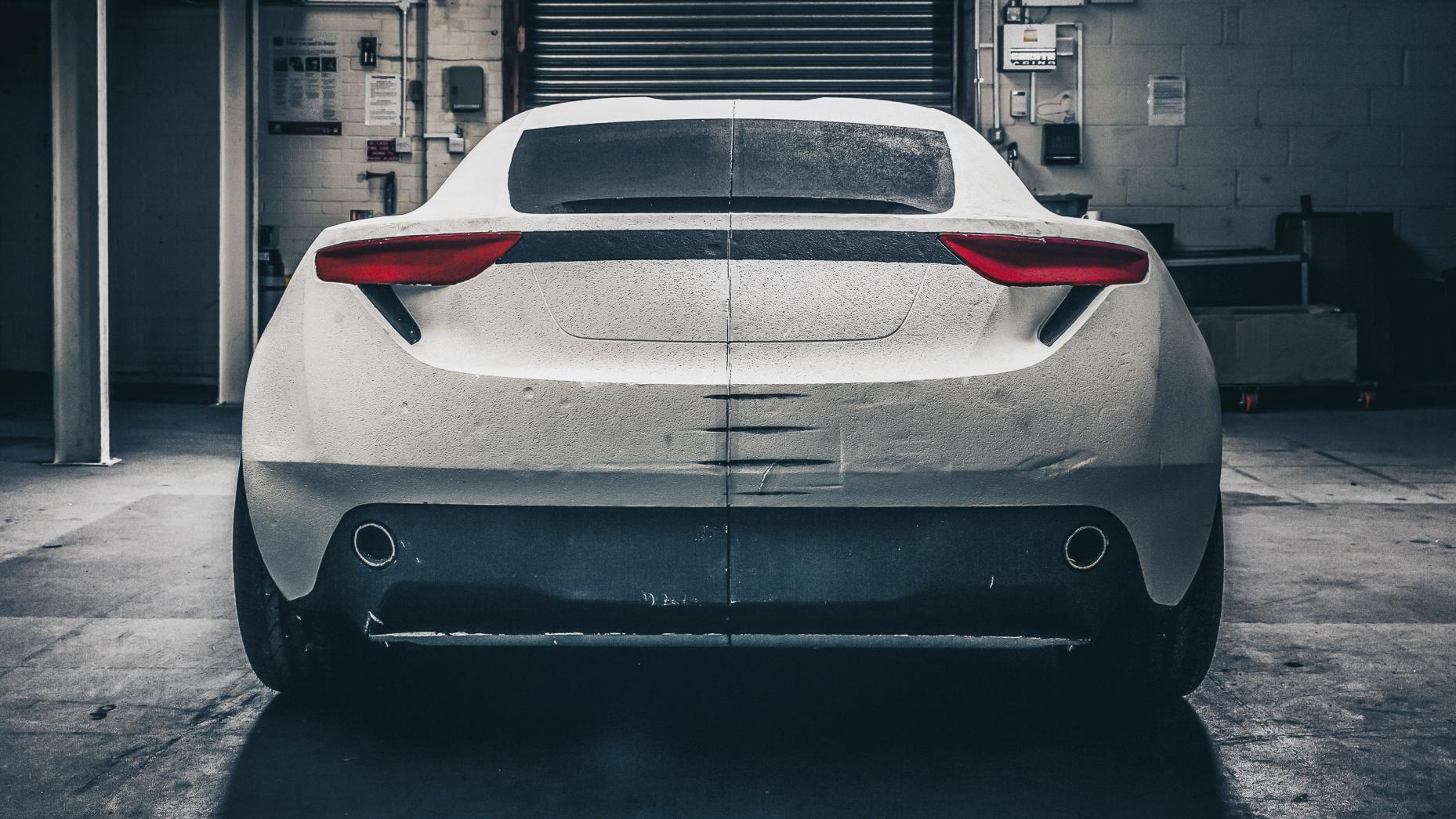 The split is only ever described by the two men as “amicable”, though, and Caterham retained intellectual property rights for the C120’s design. It could yet live on with a willing partner.

“I think it’s a beautiful car, and this is why we’re trying to tell our story today, because we came so close to making it happen,” says Ridley. “It was just out of reach. We’re so proud of how far we got with this project. I feel a mixture of pride and excitement that this thing got this far, but it’s also tinged with an awful lot of sadness.”

Imagining what the prettiest bit of polystyrene I’ve seen could have been like to drive, it’s impossible not to feel a little of that sadness too.