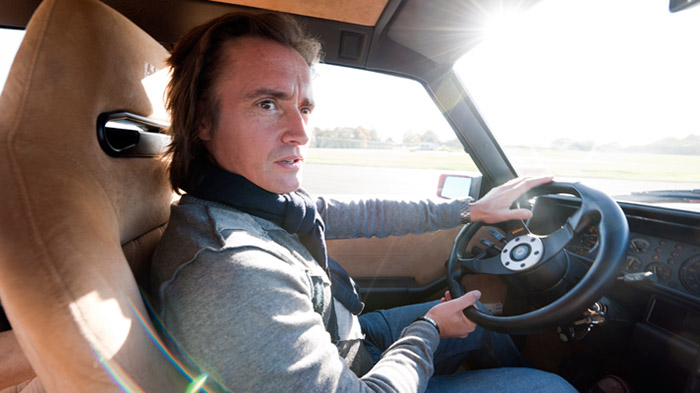 The first time I hit a Sport button on a car and noticed any appreciable difference was in a Ferrari 360 Stradale. In fact, it was the ‘traction off' button and, to be fair, immediately upon hitting it, I crashed. But, the point is, at least it did something exciting and - dare I say it? - dynamic. The fact is, on most production cars fitted with a Sport button, we'd be better served if the label were changed to read, ‘Disappointment' or ‘Anti-Climax'. For one thing, it's ridiculous for a sports car of any sort to be fitted with a Sport button. It's a sports car: what do they think we want it for?

Anyway, I've long since contested that the Sport button on my 911 gets about as close to delivering an acceptable level of satisfaction as any such button on any sports car on the market. But, to be honest, even that one does little more than make the exhausts sound a bit angrier, turn the suspension into anvils and speed up the throttle response so that in our dim, little driver brains we think we're in a faster car... it's no more sophisticated than changing gear on your bike. So if the one example I thought was remotely good is, when I'm honest about it, what's the point? Especially when this week, I had a definitive lessonin how a vehicle really can do that Jekyll and Hyde thing with such ferocity that I might just saw the button off the dash of my 911 and be done with it altogether.

In a rash moment recently, I bought an old Kawasaki KR-1S - well, to be honest, I'd been away working for a thousand years and saw it on the internet and thought if I bought it while I was away my wife wouldn't notice. She did. But here's the thing: she liked it. Now to those who don't speak ‘bike', the KR-1S was a small, two-cylindered, 250cc bike. Mine is Kermit green and not, to be fair, the best example of its type. It's a bit battered, but a pristine example is worth four times what I paid for this one on eBay.

I'm really not doing it justice in this description because the KR-1S was also a lunatic; a frantic, brain-out, full-on mentalist that could take on bikes four times its size and leave them bloodied and shamed. My wife and even my two daughters came out to see it when I got home. And they liked it. They forgave me for buying it. They even forgave the fact that I had, on getting out of my car, slung my bags on the ground, sprinted through the house and opened the garage doors with trembling hands to see the wee green beastie before patting the dog, checking the post or saying hello to anyone. And they forgave me because the bike is cute to behold. It's small and curvy. It's green. It's got a white patch on its tail and narrow tyres. And, when it starts, it sounds no more menacing and potent than a scooter.

After a hasty cup of tea, I sprinted back outside to the tiny Kwak, hopped on and clattered off in a cloud of blue two-stroke. It felt as small as the bikes on which I first learned to ride 25 years ago. And it felt as gutless, too. On pulling out to overtake a Land Rover on the A40, my initial twist of the throttle resulted in a barely discernible change of note in the exhausts' tinny rattle and bugger-all else. And then, like an alarm clock strapped to a stick of dynamite, the rev-counter's needle ticked up to 7,500rpm, and all hell was let loose. Suddenly, my eyes made a dive for my neck, my stomach and lungs were straining to escape backwards out of my riding jeans, and the scenery to either side went all stretchy and thin. The noise rose to a primal scream out of a poltergeist movie, the Land Rover was very much no longer there, a corner arrived in front of me, the world went sideways, then popped back up again. I was still on, my right hand still lashed down with my wrist hanging vertically downwards off a twist-grip throttle that would appear to be connected directly to all the forces of physics, lunacy and evil in the world and able to simply flip them on their head as and when it chose.

Kermit had gone crazy, pulled out a death ray, bitten the head off a chicken, drunk eight litres of tequila and shagged Miss Piggy in a skip outside a nightclub. Now that is a split personality. That is a vehicle with two distinct sides to it. That, my friends, is a bloody Sport button. I know why we can't have cars with two-stroke engines (we can't even have bikes with them, nowadays), and I know that the extra mass of a car means achieving this kind of result with only minimal power is pretty much impossible, but if there ever were a car able to surprise, shock and defy our expectations as thoroughly as my knackered, little, old two-stroke racer, then you would be reading about it here very, very quickly.