Another hardcore Golf?
It certainly looks that way. This is the Volkswagen Golf GTI TCR, a special edition that acts as a run-out model for mk7 GTIs.

But while rivals like Mini and Renault Sport have a tendency to make their goodbye specials pretty potent - no back seats, super sticky tyres, et al - the TCR is a bit tamer, despite VW having form in that area via the magnificent Golf GTI Clubsport S.

So what is it instead?
It’s more in the vein of the non-S Clubsport, the GTI Edition 40. It costs around £34,000, comes with five seats, an option of three or five doors, and its production isn’t limited.

The power output is also sub-300bhp, a 286bhp 2.0-litre turbo (up 45bhp on the next GTI down) driving the front wheels through a seven-speed DSG paddleshifter only. No manual here.

That helps more closely align it with the TCR racecar it’s named after, which has a DSG as standard or optional sequential gearbox for more seasoned drivers. Then there’s the GTI TCR’s various splitters, spoilers and rather loud (though optional!) graphics.

Is there racecar stuff beneath the skin?
Not really. It’s largely a GTI Performance Pack with the power cranked up. You get VW’s diff-mimicking electronics up front, stronger brakes with perforated discs at each corner and the option of 20mm lower adaptive suspension and a stiffer rear axle.

The latter comes with an options pack that also ups the wheels an inch to 19s and removes the speed limiter, turning a 250kph car into a 261kph one. Perhaps only of real worth if you frequently drive in Germany. All TCRs boast 0-100kph in 5.6secs, though, which is the quickest time ever posted by a GTI. Providing some justification for the DSG if you were still worried. 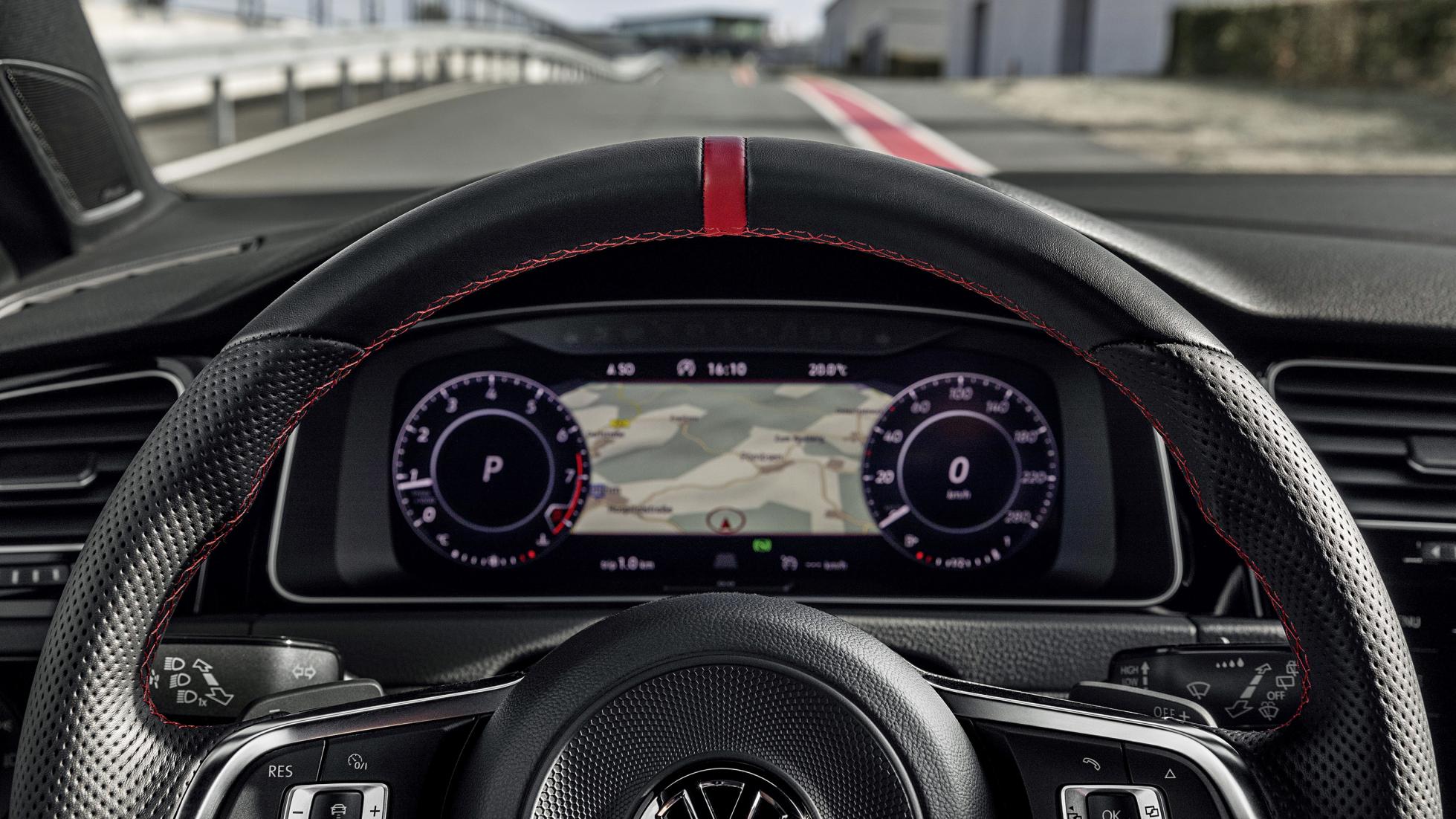 So how is it?
This is certainly more Golf more than touring car. It’s refined and polite when pottering around; you’re not bashed around like you’re in a track special, and that’s because it really doesn’t act like one. It’s a Golf GTI that’s a wee bit more focused.

It turns in sharply and reacts promptly to your demands, neatly tightening its line should you lift off the throttle and largely taking whatever you throw at it. There’s an almost fool-proof nature to its handling that makes it very easy to go very quickly in it, something more rambunctious rivals can’t claim, especially in trickier weather.

That does mean there’s less depth to its driving experience, and a Hyundai i30N, Peugeot 308 GTI or Renault Megane RS are all livelier at road speeds, as was that Clubsport S. This isn’t a car to give you armfuls of lift-off oversteer, being more concerned with sheer grip and point-to-point precision.

Like a Civic Type R is?
Correct. And the Golf has an obvious power deficit when compared to the Honda. But it’s still bleeding quick, a feeling exacerbated by the almost seamless changes of its gearbox. Purists will miss a manual, but DSG is flipping good nowadays.

The engine is fantastic, actually, and a full run through third gear is an experience to savour, boost building strongly from 2,000rpm before a final (and surprisingly vocal) soar to the redline that makes hanging onto every last rev worthwhile. A shame then, like most DSG-equipped products, it changes up for you even when locked into manual mode. You’ll need to pull the right-handle paddle a teensy bit early if you want to feel fully in control.

Is it good on track?
As is the norm, behaviours on road are exaggerated on track. So there’s tonnes of grip to give you oodles on confidence. To learn a new circuit in, it’s a dream. But the more you push - or try to misbehave - the more you’ll battle understeer. Despite its supposed touring car genes, this is a road car first and foremost.

A bloody good one, though, it must be said. Golfs have rarely been faster or sharper, and I prefer the lighter weight and more fun disposition of front-driven GTIs over the all-wheel-drive R.

‘Rarely’ but not ‘never’, you’ll note. As an absolute obsessive of the more focused Clubsport S, praise for the TCR is tinged with disappointment the mk7 GTI’s send-off isn’t the car in its (proven) ultimate form. Buy a hot hatch to smoothly navigate every facet of your life, though, and few will do it with the breadth of ability on show here. 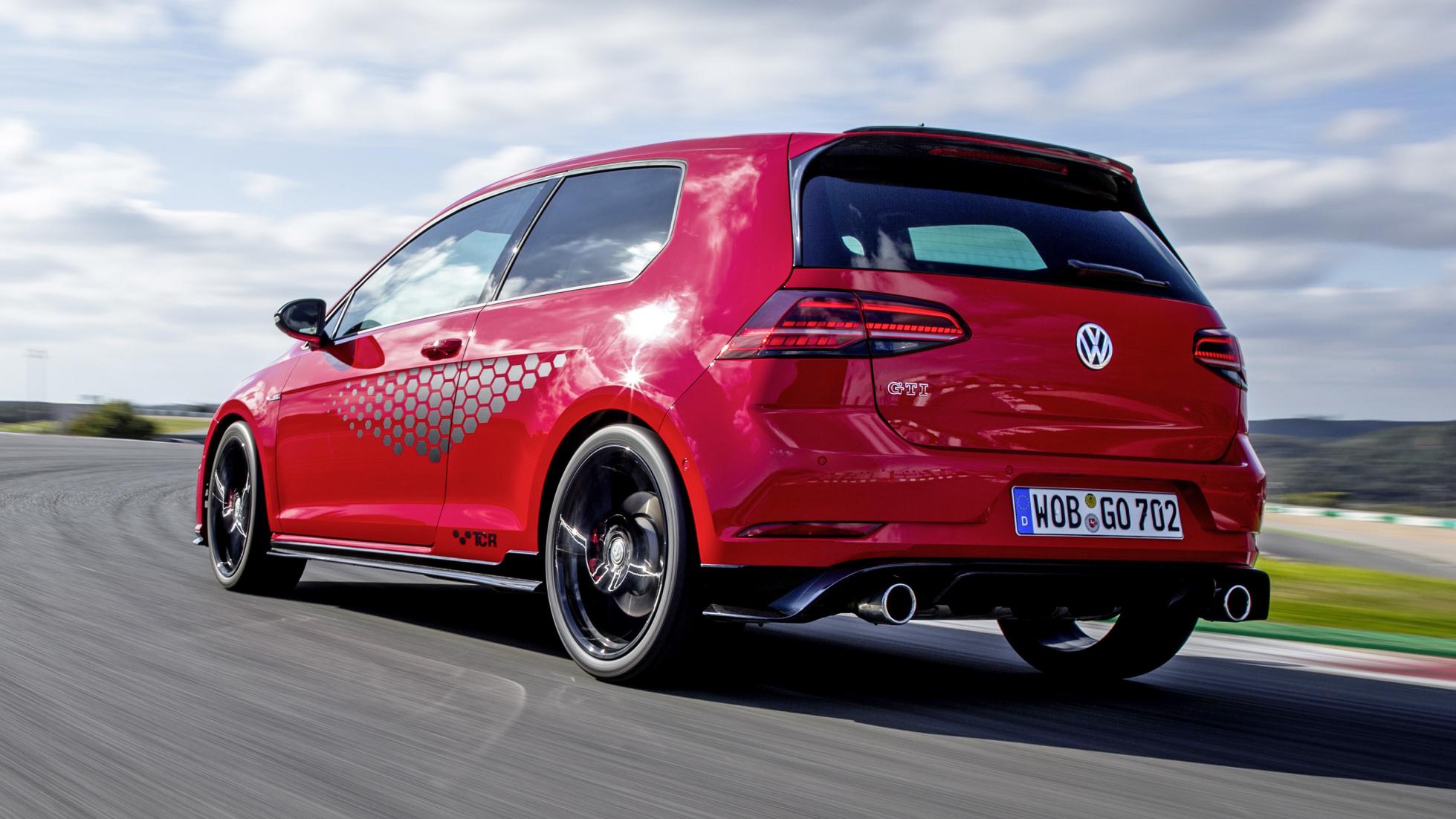 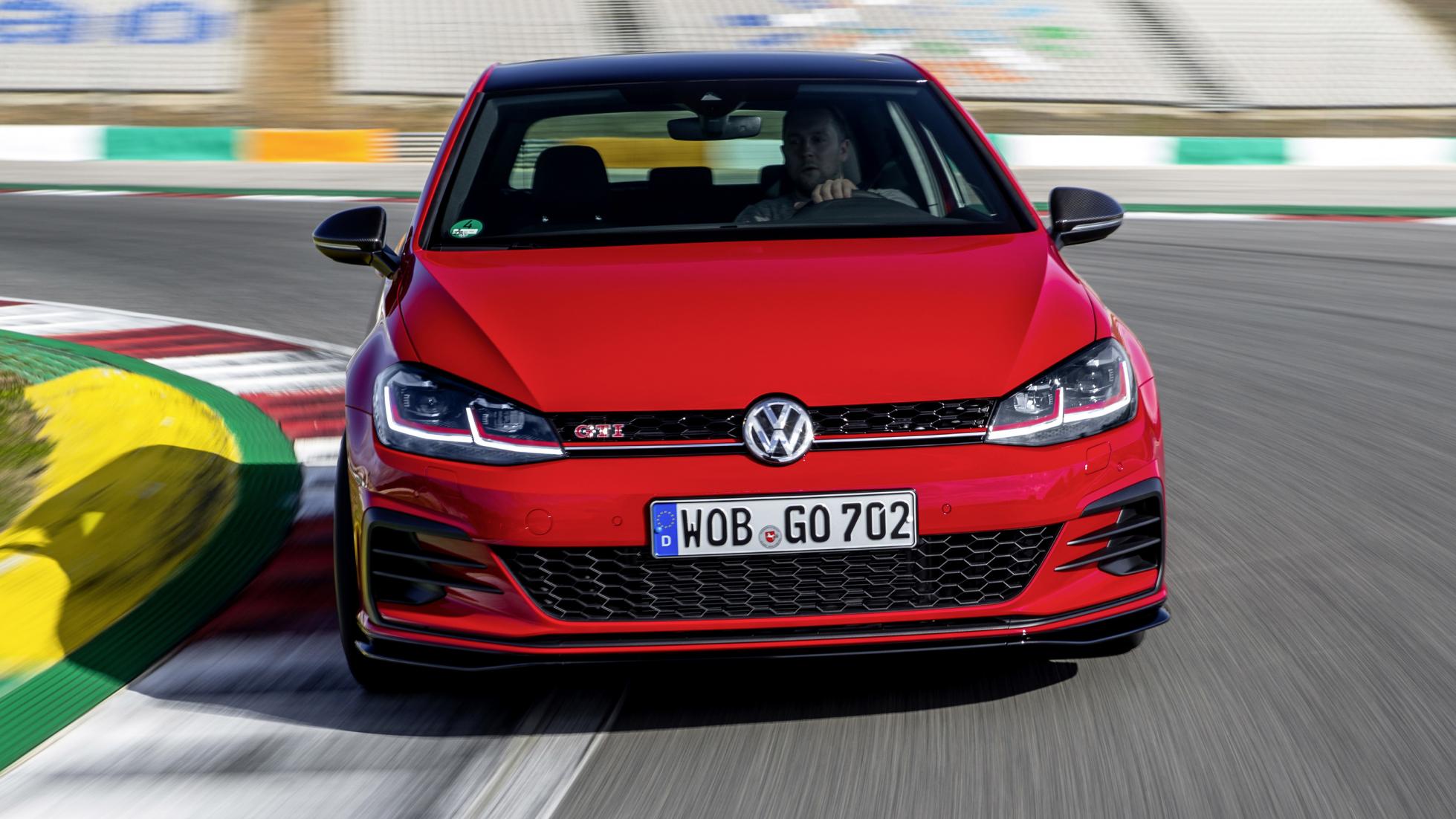 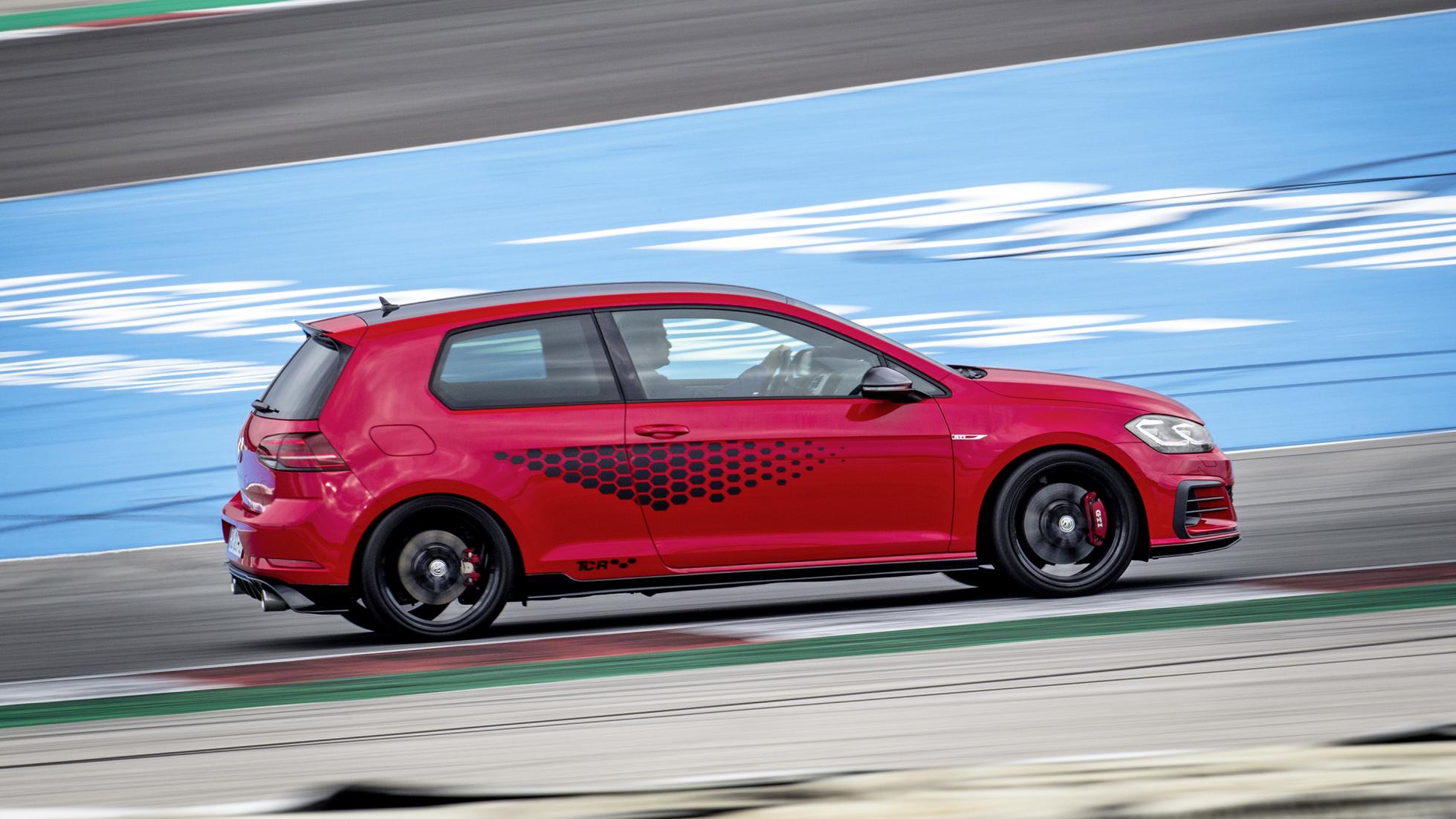 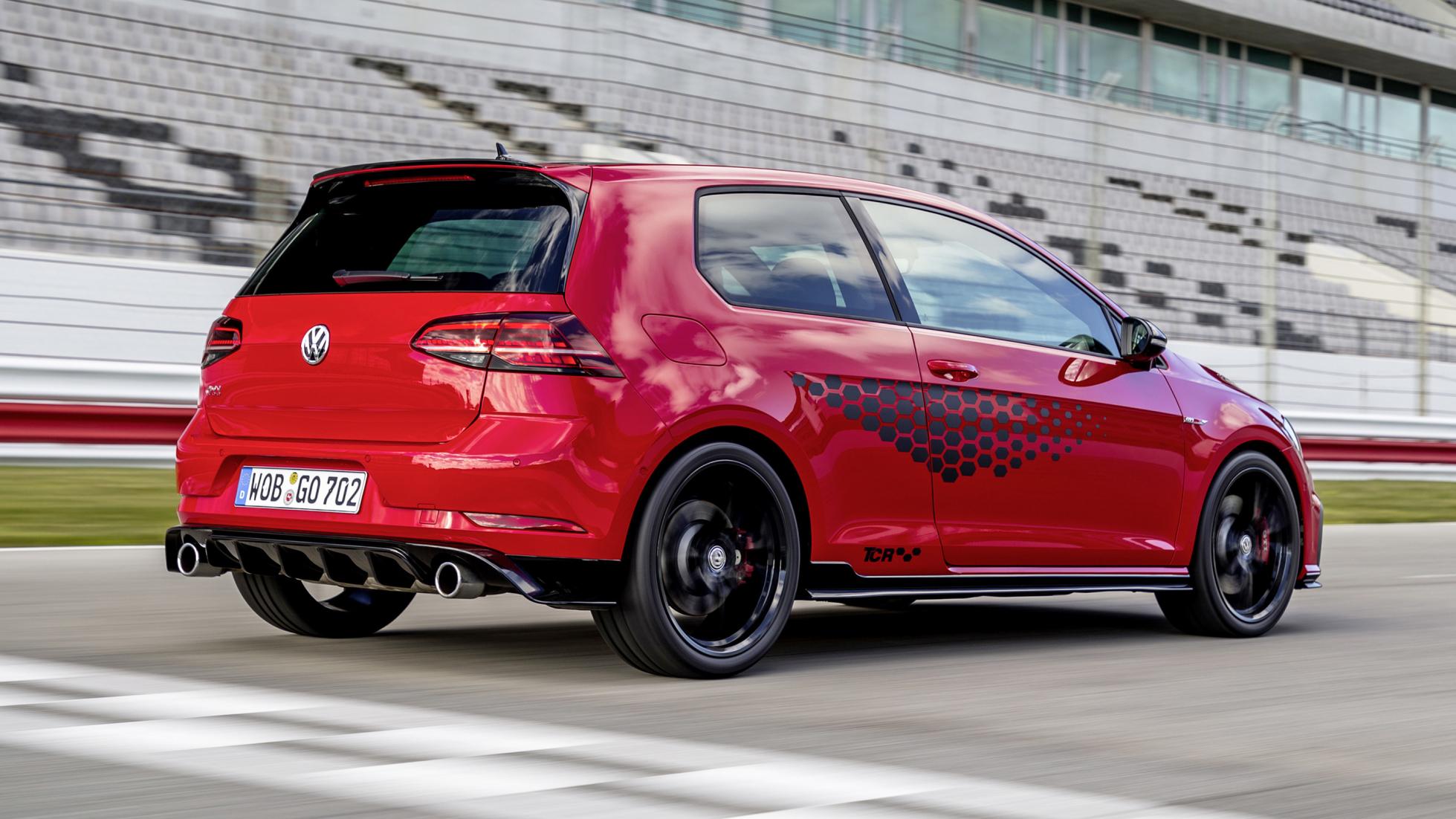 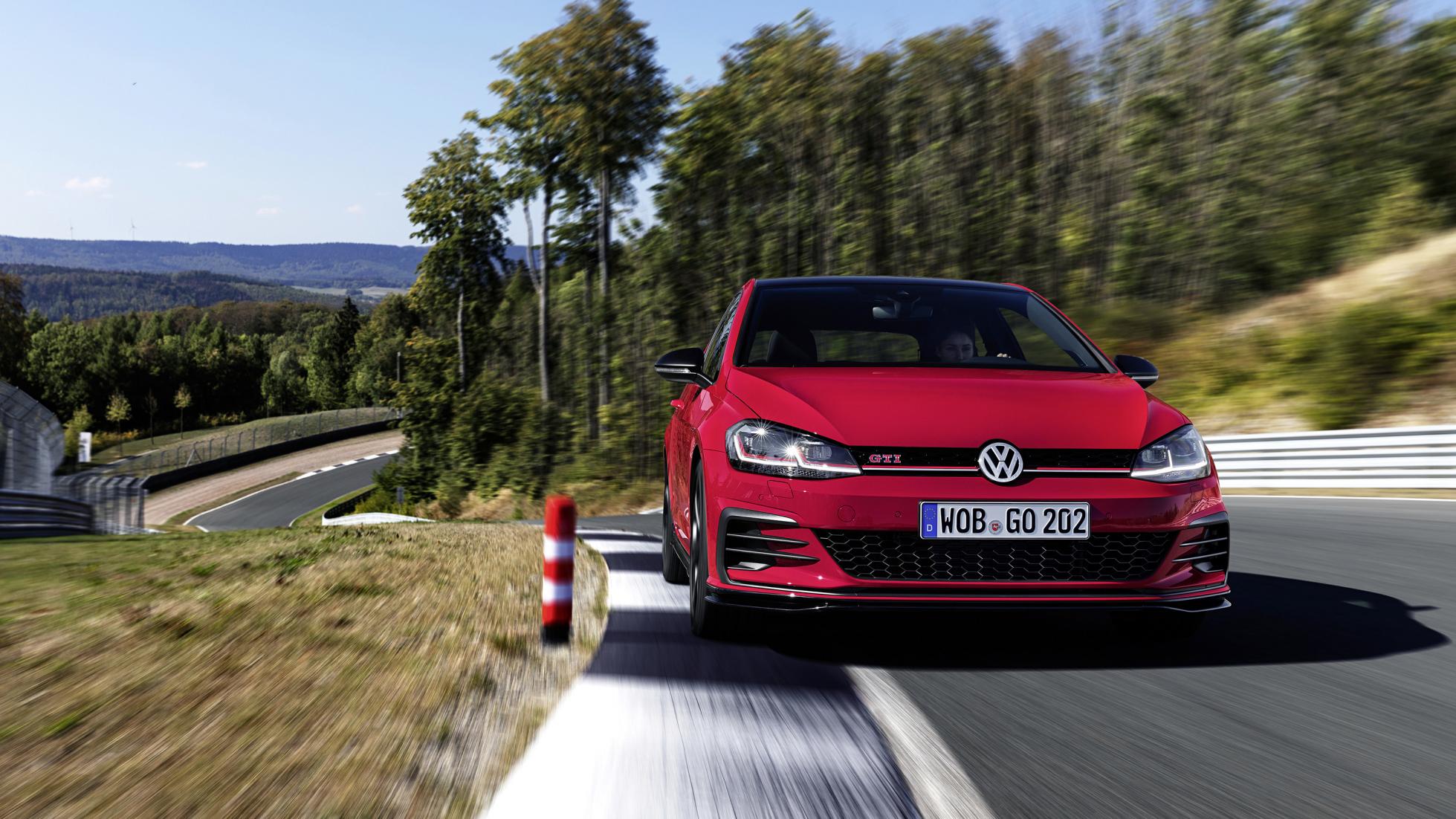 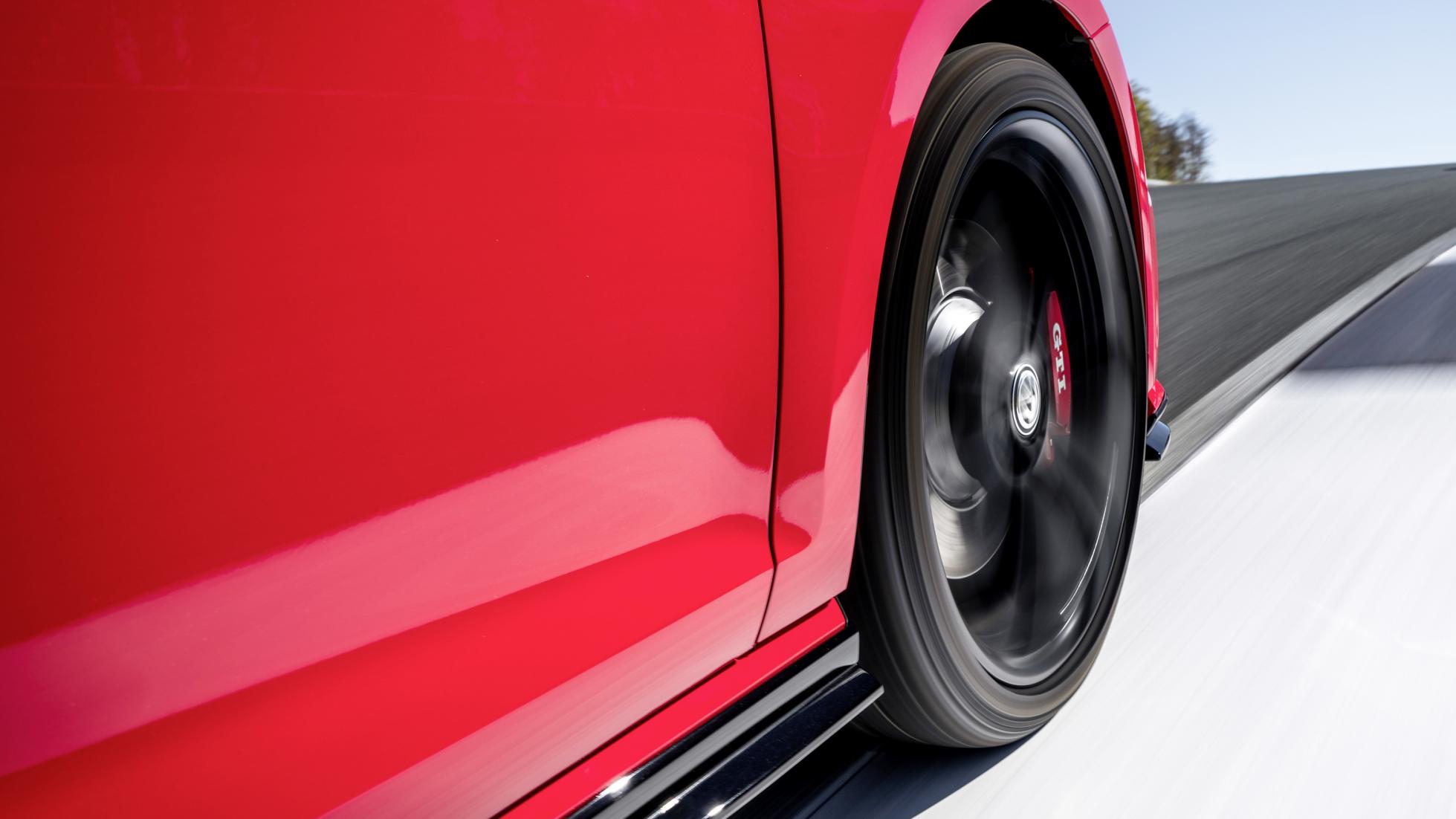 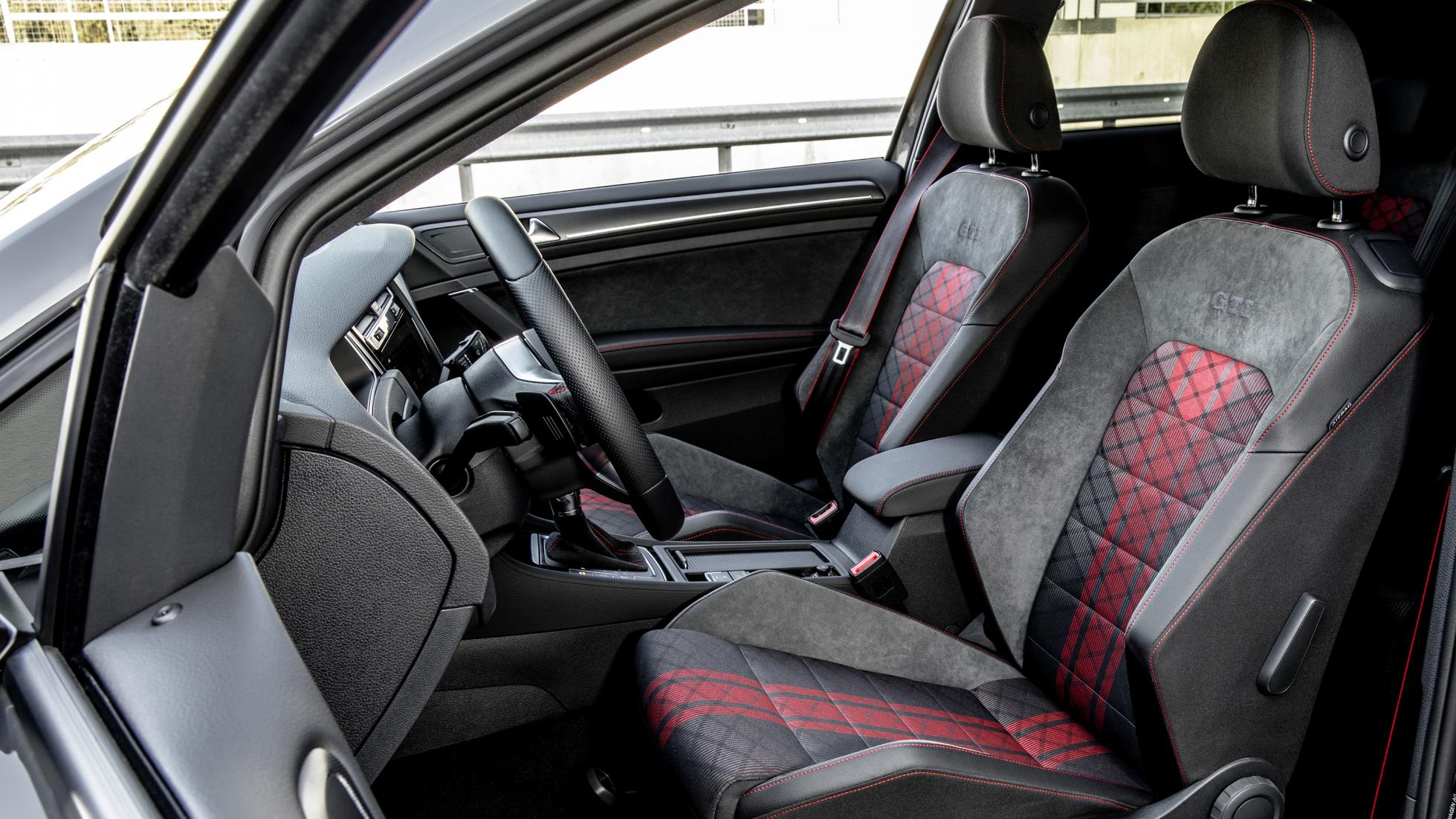 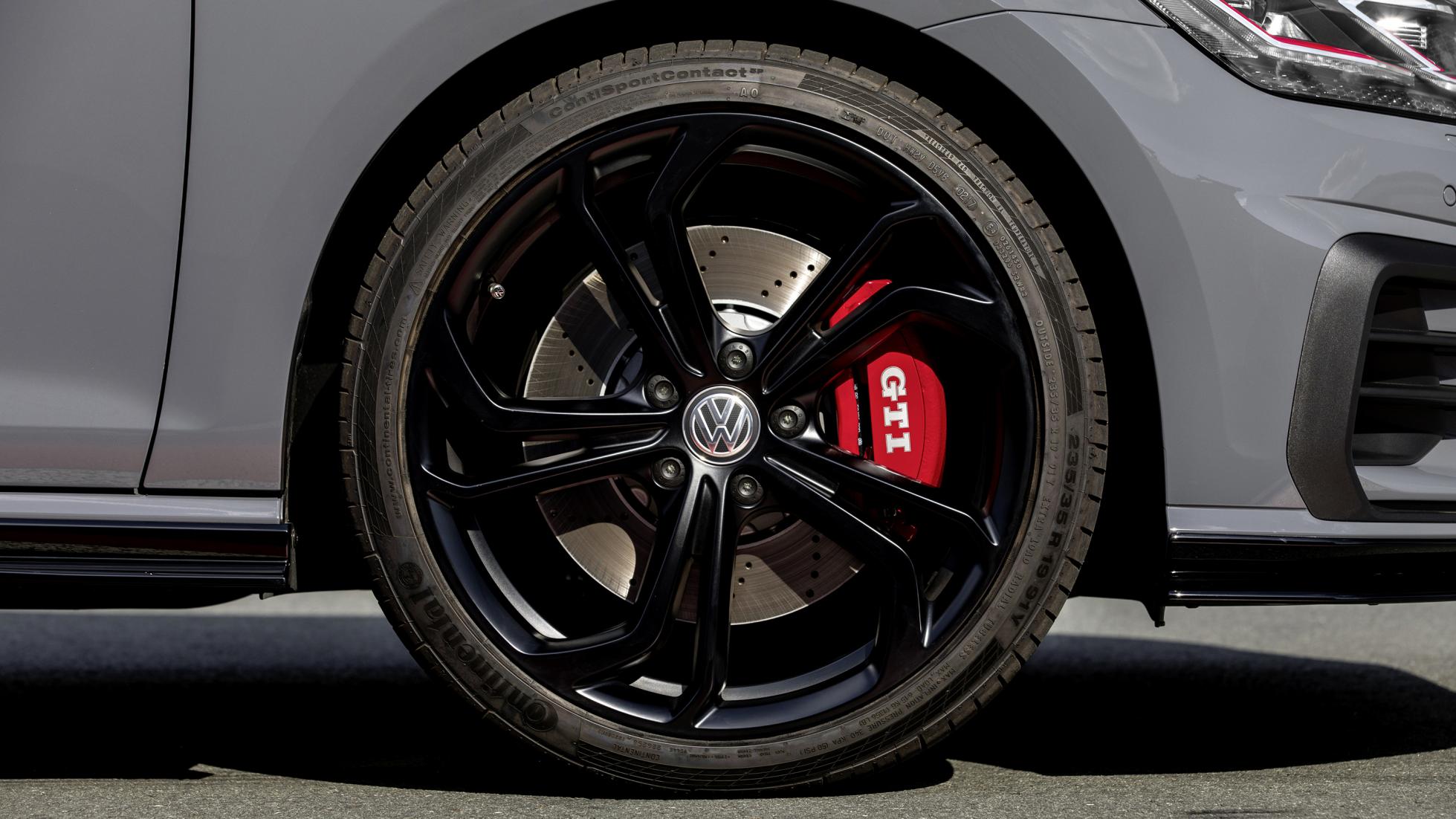 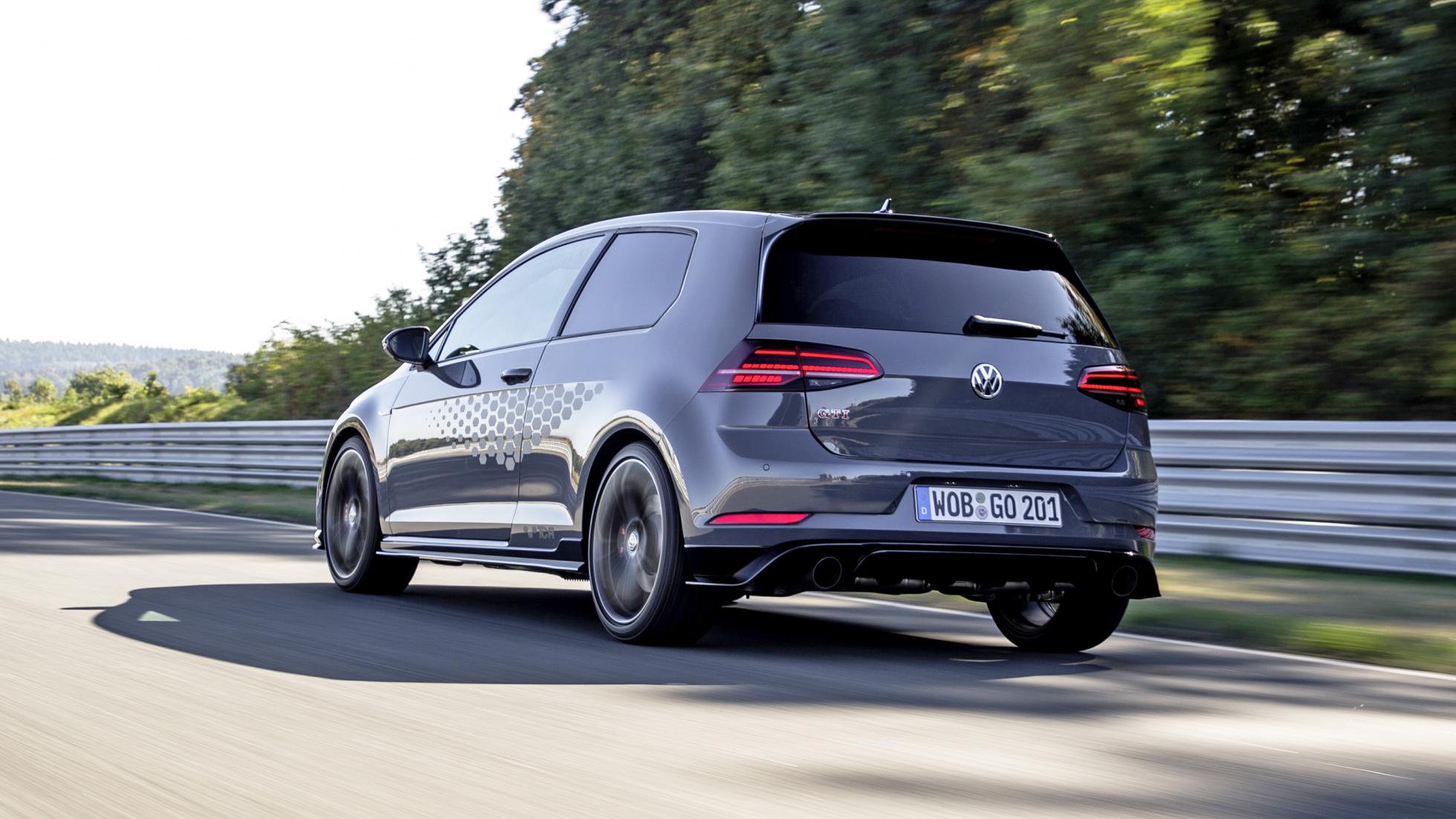