You could be forgiven for missing the significance of this car. It looks like an ordinary – if elegant – Japanese big saloon. Inside and out. It rides and steers like one too, though in an especially refined and well-sorted way. The ordinariness is of course precisely the point.

This is the fuel-cell car going mainstream. It drives like a big electric car, goes notably further on a tankful than they do on a recharge, fills up in 10 minutes, and costs less to buy than a big 480-km battery car.

Is that the smell of exotic dung? Open the window, while we address the elephant in the room. There are only a dozen or so public hydrogen stations in Britain. So you won’t be getting a Mirai unless, say, you run a regional taxi or limousine company and are near a hydrogen pump. Or indeed can install your own.

There are good arguments why hydrogen can in future exist alongside and complimentary to pure-battery cars. Especially, too, why it’s a great solution for local bus and lorry fleets that do regular runs. Once those commercial fleets are established, there will be more hydrogen available for cars, and that means more cars will be sold. Click here for Hyundai-Kia’s approach to proliferation of hydrogen. Toyota’s is similar. Those two mega-corporations’ efforts added together make quite a force.

But we’re here to talk about the Mirai itself. The outgoing Mirai looked like the science project it was. The new one is a car. And an uncontroversially pretty one, its big wheels emphasising the low shark-like front end and fastback tail.

You know the fuel-cell drill. High-pressure hydrogen is kept in cylindrical tanks in the car. The new Mirai packs one tank along the centre tunnel, one transversally under the back seat, and another under the boot. The hydrogen is admitted into a ‘stack’ of fuel-cells. Purified oxygen is pumped into the other side of each cell, separated from the hydrogen by a membrane.

The hydrogen atoms WLTM oxygen, and to do it they shed their electrons so their nucleus, a proton, can permeate through the membrane. The liberated electrons jump around the cell, via circuits that power the car’s drive motor. The hydrogen, oxygen and returning electrons combine to make pure water, the only emission.

The new-gen Mirai’s fuel-cell stack has been reduced in cost, crucially, but also in physical size. So it can live under the bonnet, along with the oxygen fans and purifiers and high-voltage electronics. The drive motor is at the back, whereas the old Mirai was FWD. Above the motor is the hybrid battery.

Yup, it’s a hybrid, because that means the fuel-cell’s output needs only be sufficient for continuous cruising, while the battery can augment that power to give the motor an extra kick during all-out acceleration. Also it gives better response, because any fuel cell is a bit laggy. But don’t worry: the Mirai sidesteps the Prius rubber-band effect because the motor drives the wheels directly through a single fixed gear ratio.

The 3D jigsaw of all these systems is fitted in a way that matches for space the components in a rear-drive petrol hybrid. So the Mirai has a rear-drive platform shared with new Lexus cars. That’s good for comfort and quietness, and proper multi-link suspension all-round gives hope for an improvement on the original Mirai’s canoe-like dynamics.

For its manufacturer, this new Mirai is a proper business, not a low-volume proof-of-concept. Toyota expects to sell 30,000 a year, a ten-fold increase on the old one and about the same as BMW sells of the i3.

While it’s a better and better-equipped car than the old one, it’s going to be 20 per cent cheaper to buy or lease. Prices start at a fiver under £50,000 (RM286k), with business contract hire – including servicing and care – from around £450 (RM2.6k) a month. At launch, anyway. Toyota really wants to get the fuel cell ball rolling with some momentum this time around. Relax. It might be driven by an electric motor, but it’s not about a 500-horse stampede. Instead, it’s gentle and smooth, and comfy like Sunday afternoon.

The 180bhp motor gives a sprightly step-off, and smooth seamless acceleration. But a 0-100kph time of 9.2 seconds better suits gentle chauffeuring than chasing assertive German saloon drivers down the autobahn.

Even on a limited UK motorway, the Mirai’s urge will tail off above 97kph. That’s not to say it’s incapable of swimming in the outside lane, but you need to plan your moves. Steering is mute but accurate, and there’s a base dynamic talent that betrays this car’s 50/50 front/rear weight distribution. That’s the figure sports car makers go chasing.

While this is clearly no sports saloon, it tackles corners neatly. Lob it at a bend, and there’s a moment of slack while it asks you if your back-seat paying passenger really wants this. But then, after due consideration… around it goes, flat and pretty sure of itself. You feel the rear tyres shoulder the effort and shove you through.

It’s not too much of a barge, then. It’s less than two tonnes, not bad for any 5m-long car and a whole lot less than a battery-powered equivalent. There’s tangible love and care gone into the tuning.

The cornering is certainly more level than you’d expect from its lovely and supple ride. It absorbs biggish undulations and sharp hits and smaller untidiness with equanimity.

There’s barely any road noise either. Nor the cacophony of whirring fans and pumps that were always present in the old Mirai. This is as silent as automotive travel gets outside of the Phantom and S-Class realm of luxury.

Oh, and if you go for a top-spec Mirai you get a wholly self-parking system. Press the button when you’ve found a space you wish to enter and the car does everything – wheels, pedals and even forward or reverse gear selection. It’s accurate too (as you’d blimmin’ hope) if a bit more ponderous than if you had the confidence to park the car yourself. But it’s a useful gimmick in a car this large. On the inside – Layout, finish and space

This is a Toyota. But by the swish materials, plush furniture and sense of luxury, this could be a Lexus. (Why this badge? Toyota is the mothership brand, and they want Toyota to be seen as the tech leader.)

The big screen operates by touch, not by any kind of console controller. For a Japanese car the design is clear enough and the fonts coherent. Not something Toyota can be relied on to manage. There’s phone mirroring too, and a useful head-up display. Masses of actual switches mean you don’t need to dive into menus too often, though some of them lurk down by your knee where they don’t want to be found.

The shape of the cabin isn’t at all like the flat-floored airiness of a battery EV. Instead the central tank imposes itself as a high spine down the cabin. In the front that makes you feel tucked in, though not confined.

In the back it’s a lot better for hire-and-reward work than the last Mirai, not least because the rear bench takes three people. Legroom is okay, but disappointing for a car this long, and it’s a challenge tucking feet beneath the front seats. And in our panoramic-sunroofed test car, rear headroom was tight. Bit of a dropped ball, that. The boot is also a bit inflexible and smaller than a car this size would possess with a traditional powertrain.

A bonus feature worth mentioning is an air purification system inside the car, a first for Toyota and one which removes ’90 to 100 per cent’ of NOX trying to sneak in through the air vents.

There’s also a H20 button on the dashboard to drop the Mirai powertrain’s waste product – clean, pure water – at a more opportune moment than when you park up. Though it’s not like the stuff gushes out the car’s underside like a bust gutter – you have to be down on your hands and knees to spot it.

This isn’t just about strolling into your local Toyota dealership, though. To stop them - and you - looking foolish by putting you into a car you can’t fuel, all transactions are via Toyota’s UK HQ. They’ll be concentrating on high-profile green fleets near to hydrogen supply and won’t let you have a car if you live far from a filling station.

And even so, the Mirai needs to be regularly pounding long daily distances to make sense. Otherwise, an EV plugged in overnight does the job. Maybe the ideal customer is a 24-hour cab company, taking advantage of the quick refuel times to keep the car running round the clock.

They don’t need to stay that close to the pump. Range is a claimed 650 kilometres, but that’s not a WLTP figure so treat it with a degree of caution. Even so it looks better than EVs. A Hyundai Nexo has slightly more tank volume, however.

It’s not a money-saving car in the UK. Hydrogen is sold by mass, and it’s at least £10/kg (RM57/kg) in the UK. The Mirai’s tanks hold 5.6kg, giving fuel costs per kilometre close to petrol equivalents. That’s far more per kilometre than a pure battery car.

In some other countries, hydrogen stations are closer together than here. And they serve locally produced hydrogen from renewable energy at a fraction of the UK price. Then the Mirai would make a case for itself.

Fuel cell vehicles used to be unworkable in very cold weather, but this one will do a start-up in -30 degrees C, which is enough unless you’re planning a trip to the Arctic. 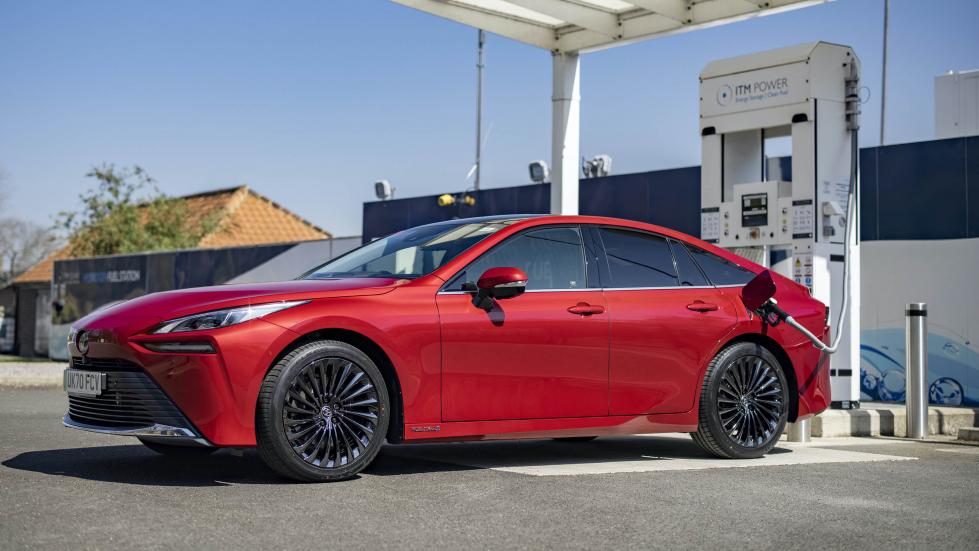 "The culmination of decades of work for Toyota, but it's for very specialist cases and hydrogen cheerleaders only"

The Mirai is a big, luxurious car. Luxury saloons with a PHEV powertrain are the same price. All-electric ones considerably more. It’s a bit slow, but it makes up for that in refinement and comfort. The suspension is ideally set up for the sort of use the car will get. It’s a nice place to pass time and distance yet will drive with impressive vigour (if not outright sportiness) if you’re dashing somewhere.

Which makes it an amazing achievement, the culmination of decades of obsessively detailed optimisation and cost-reduction work for Toyota. If they can sell as many as they expect, general fuel-cell prices will fall further, from which will follow more cars and more stations.

That said, in Britain the fuel issue means we wouldn’t tell you to get one yet. It’s for very specialist cases - and hydrogen cheerleaders - only. But if that sounds like you, this is a big step on from the first Mirai. 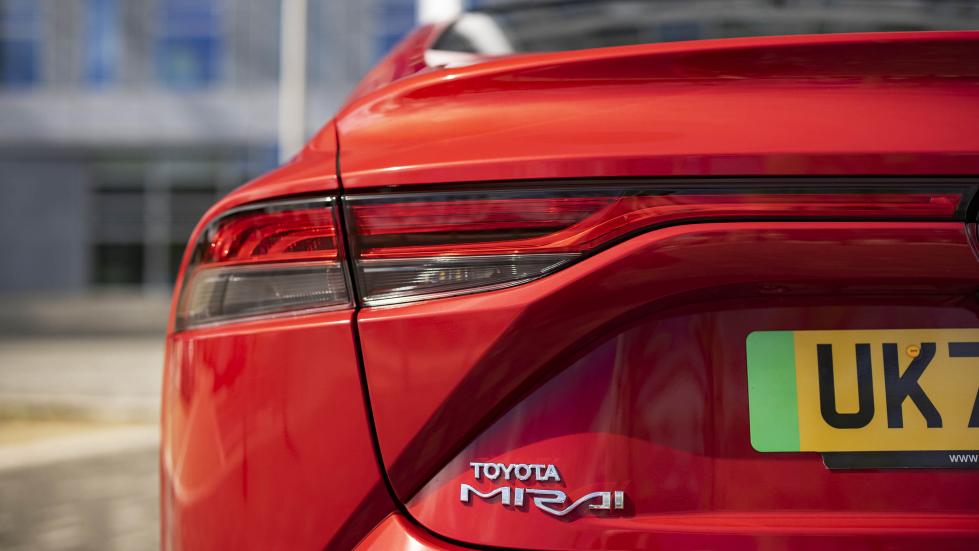 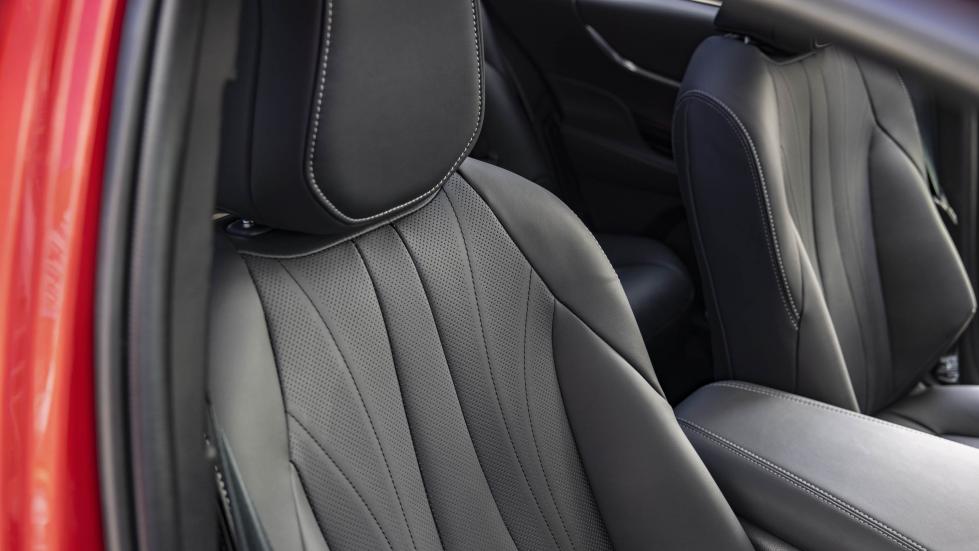 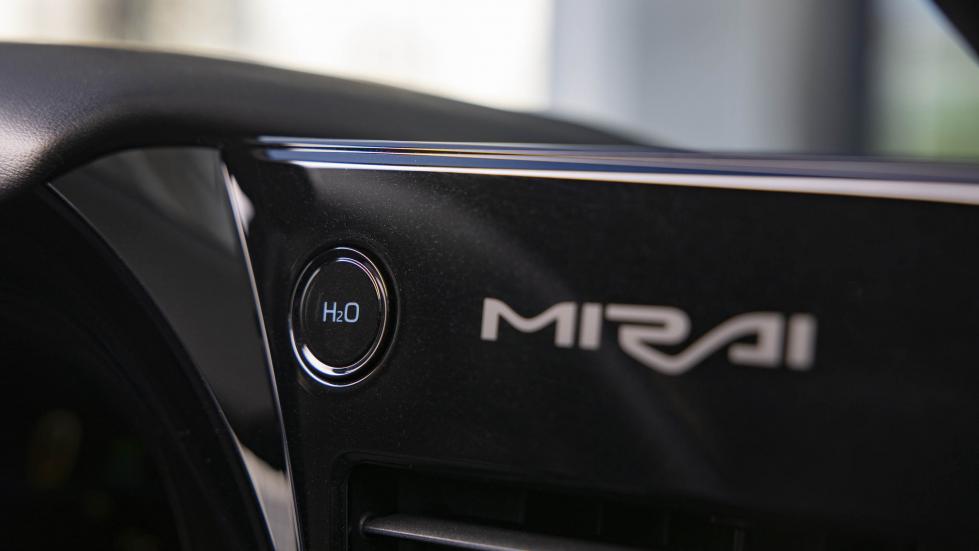 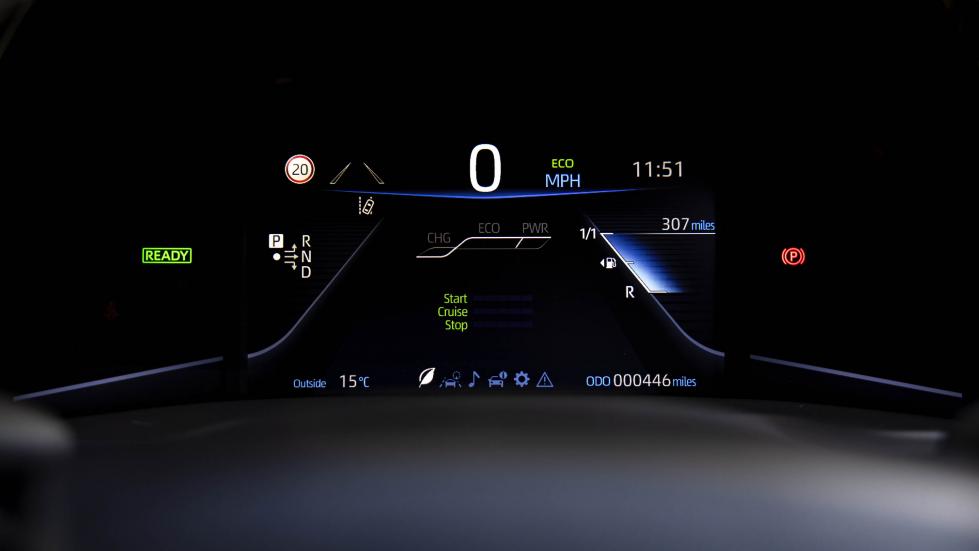 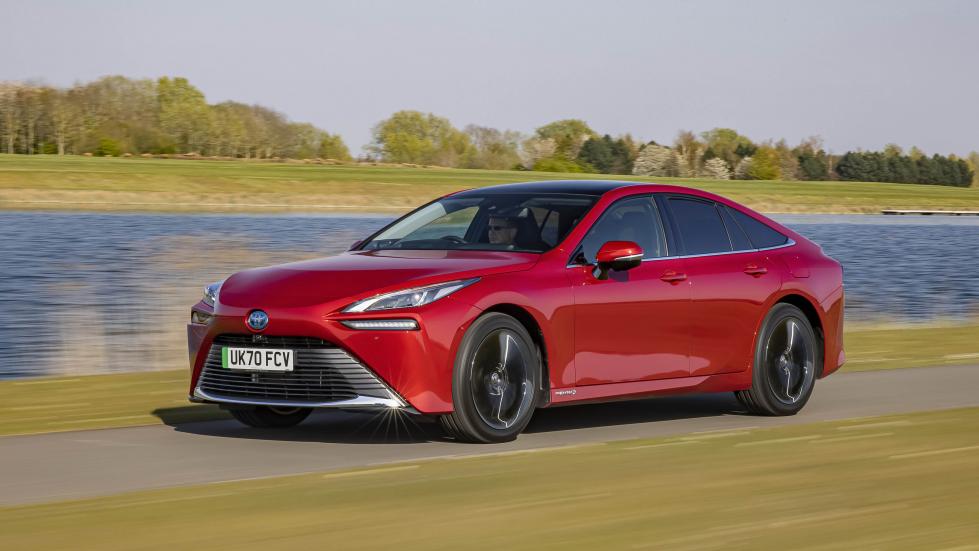 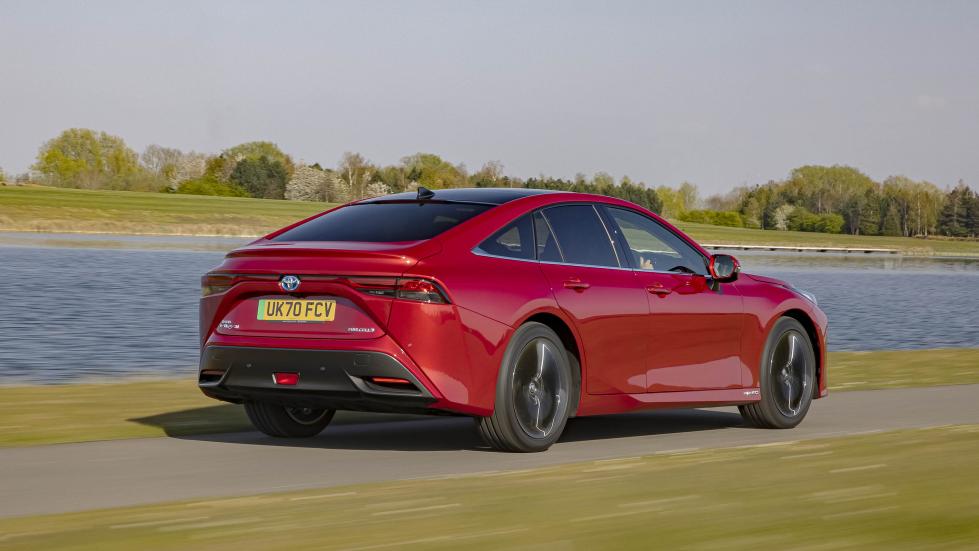 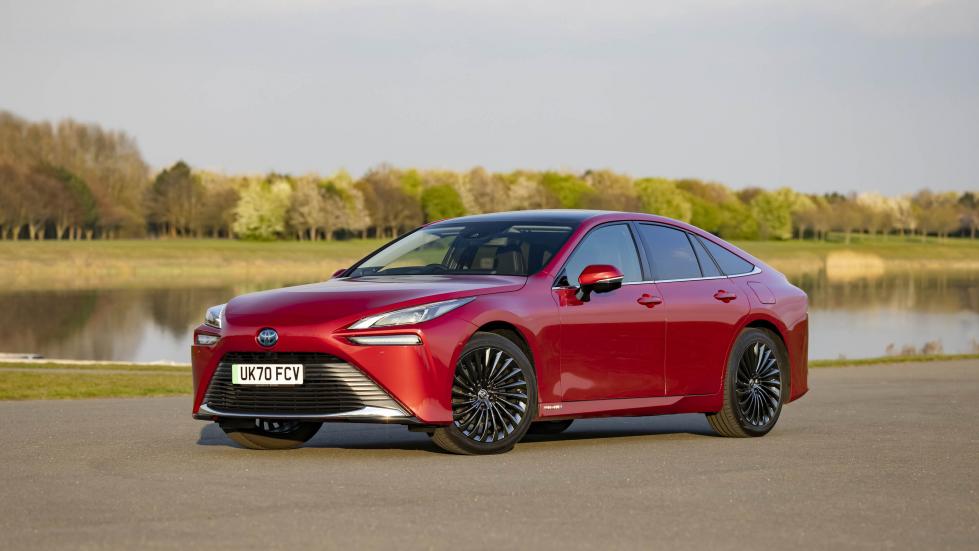 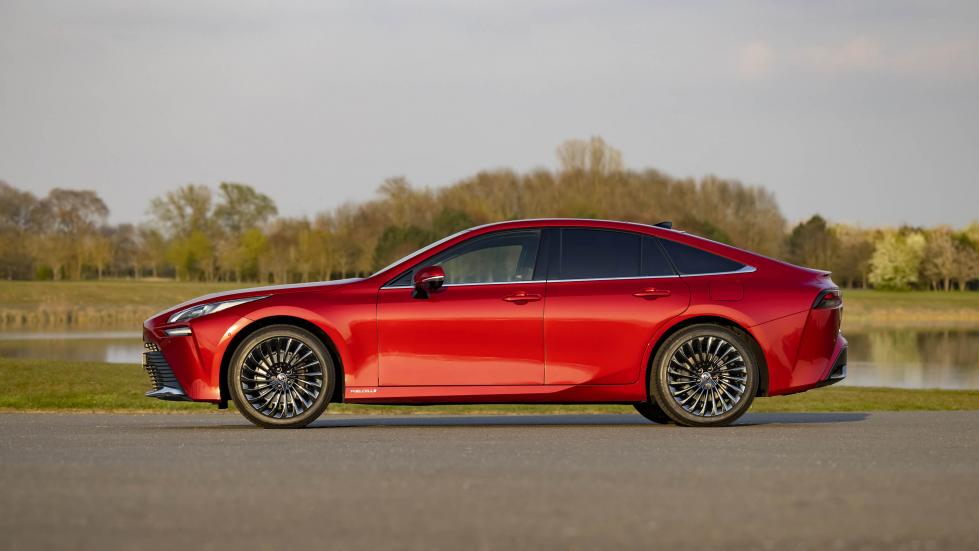 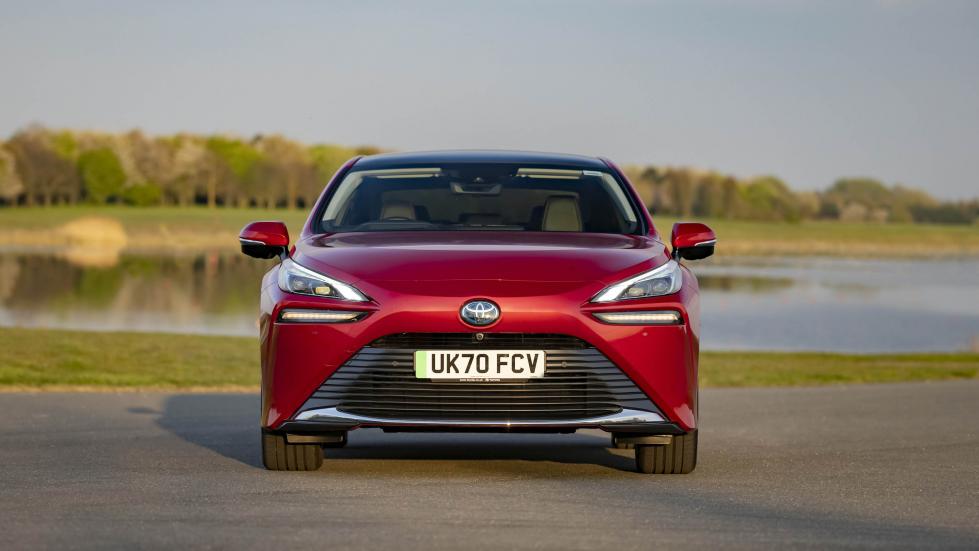 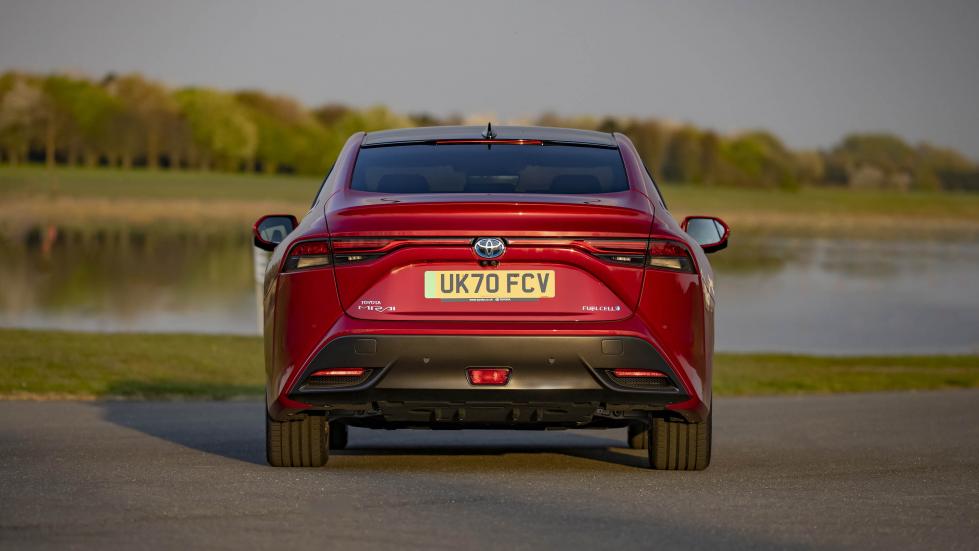