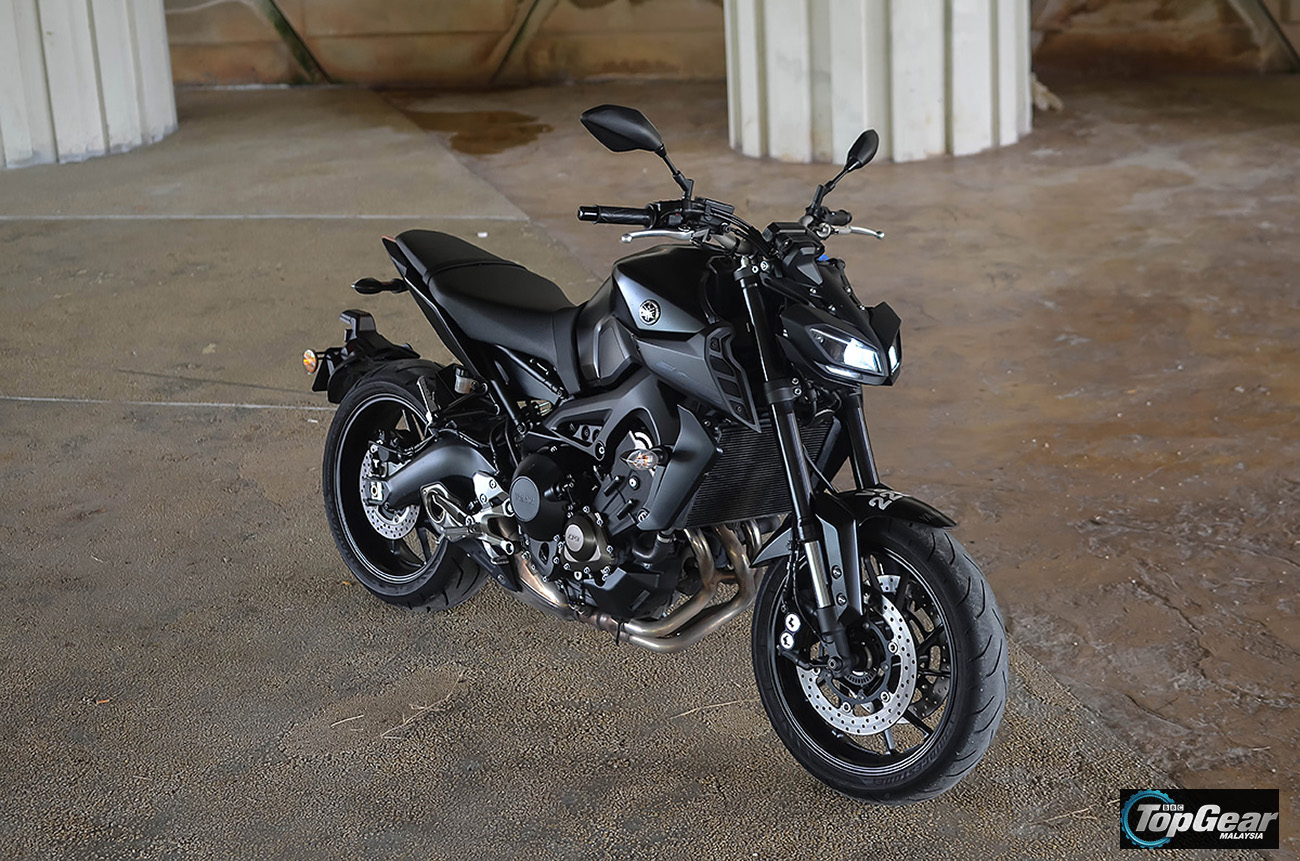 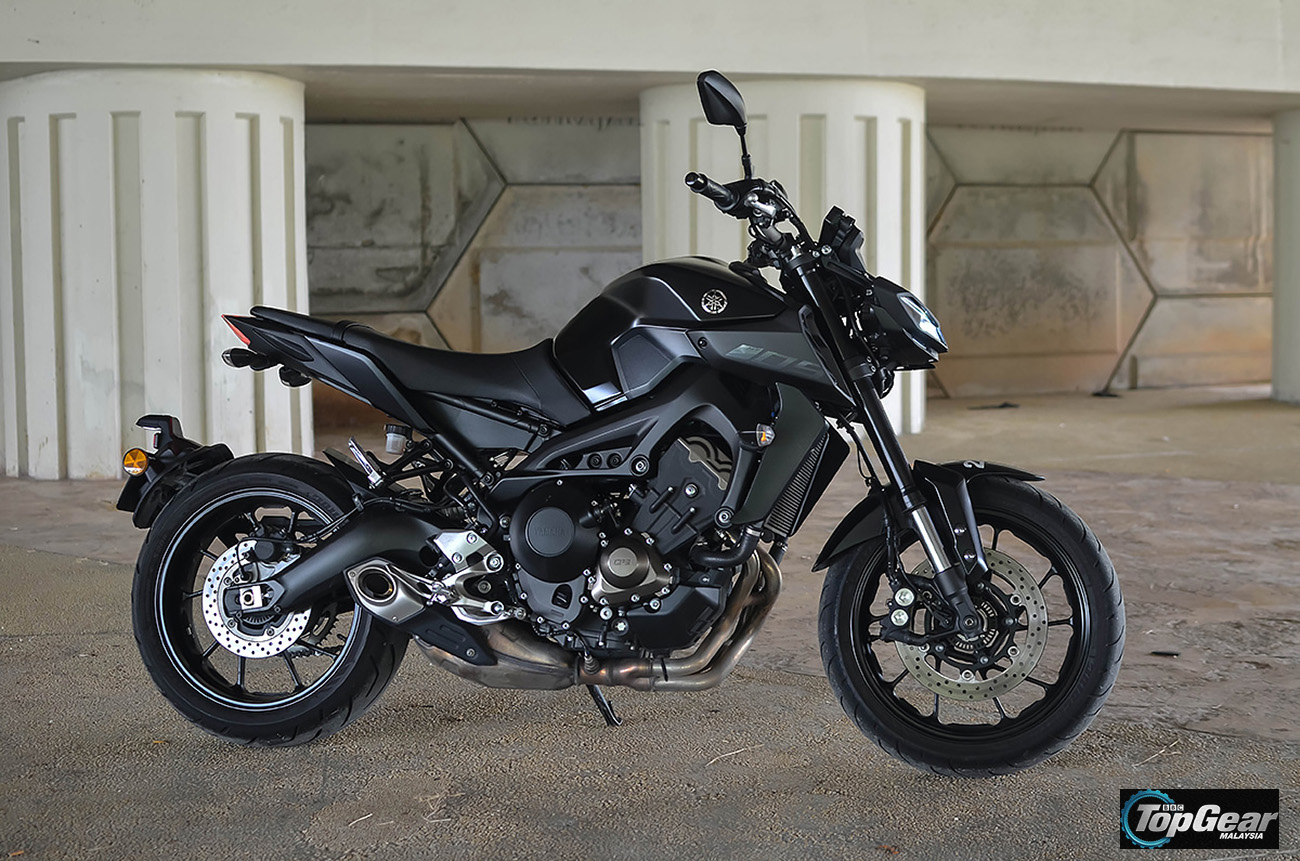 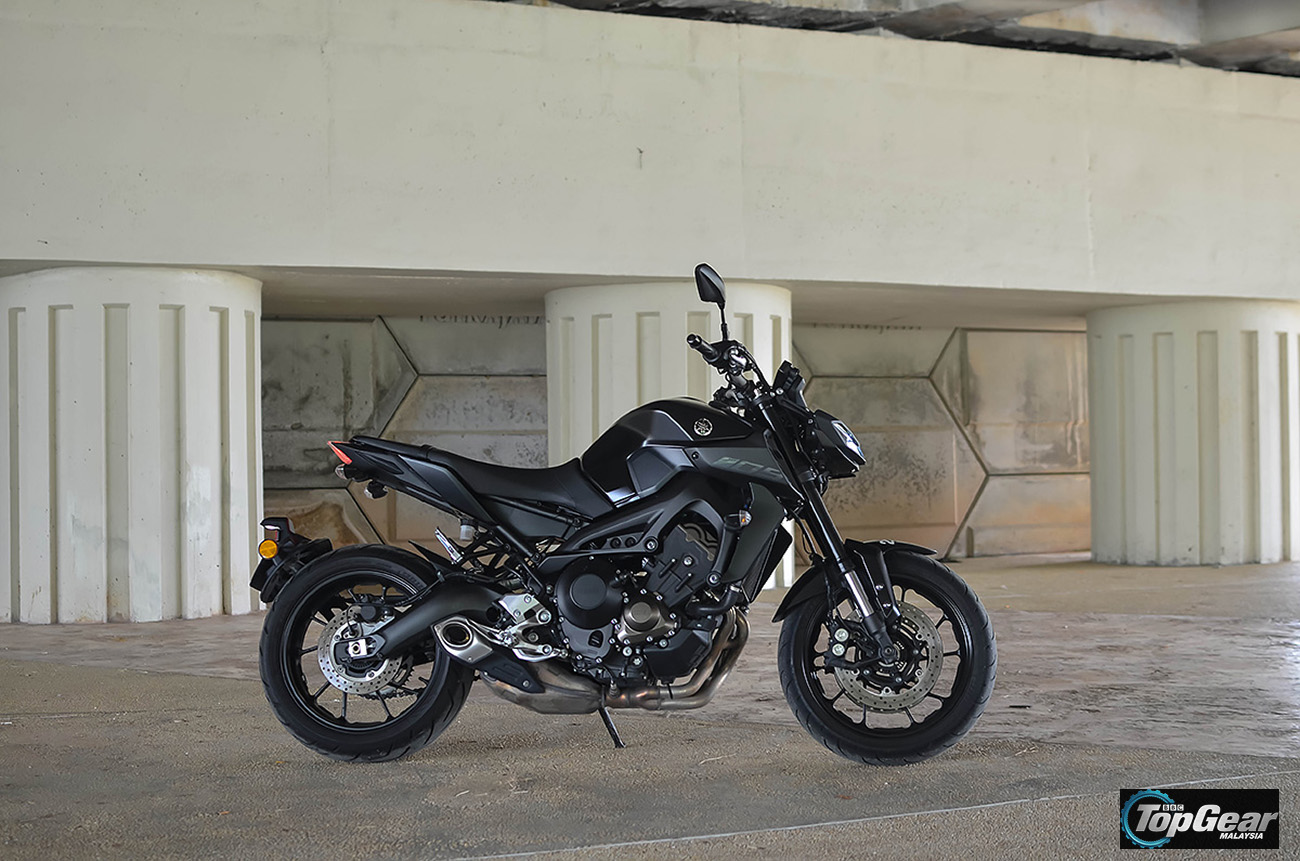 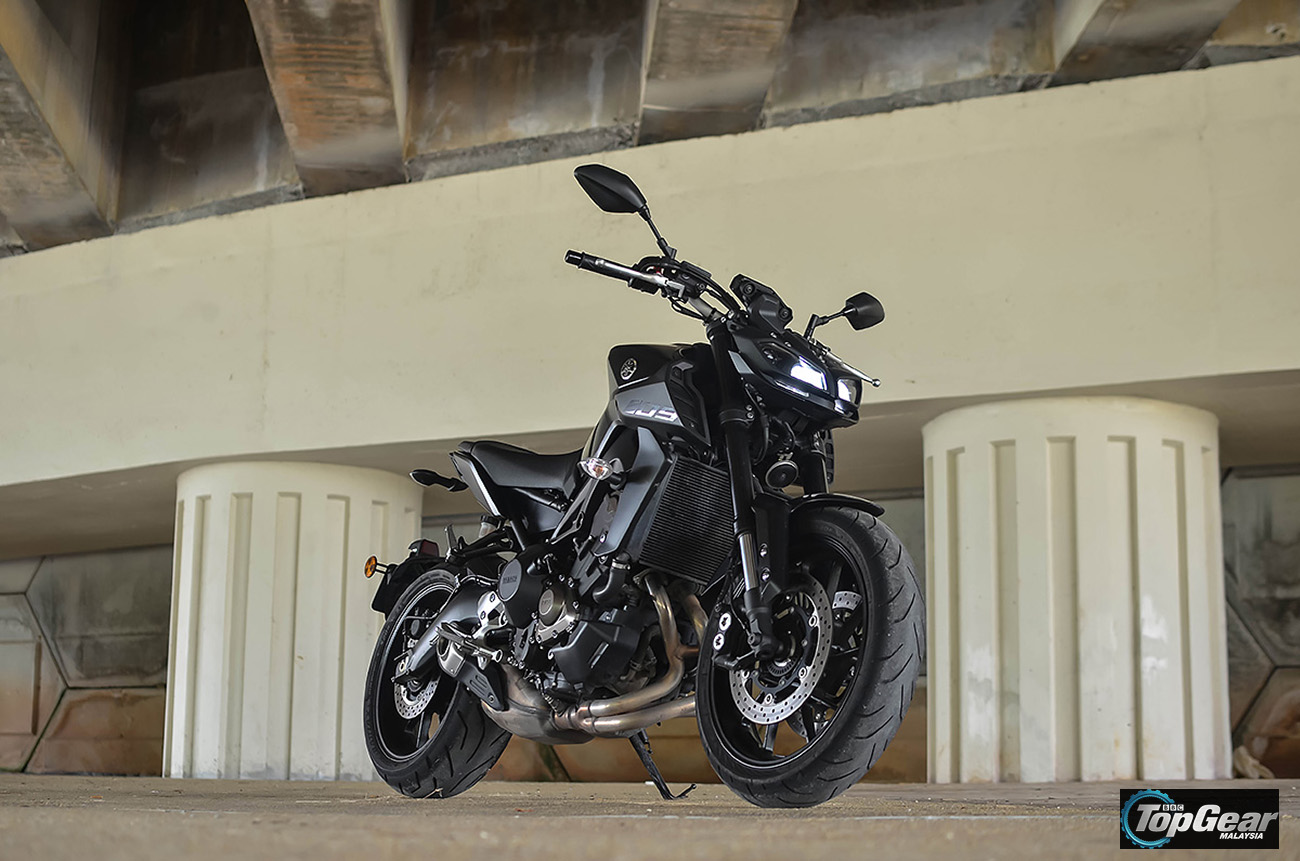 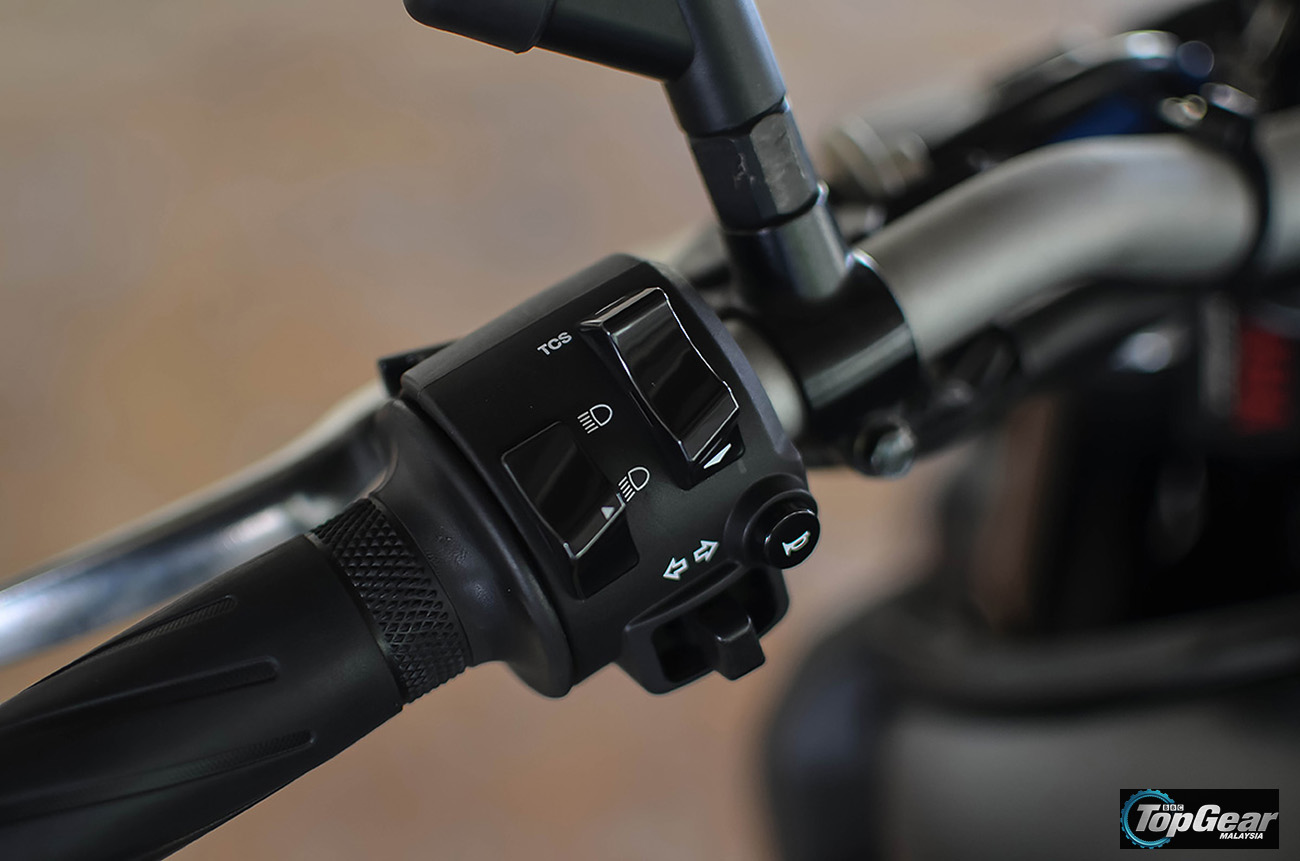 When it debuted here earlier this year, the Yamaha MT-09 looked very promising. With its new aggressive looks and a host of improvements underneath, the streetfighter seemed poised to carve with a vengeance a name for itself.

We tested one over a weekend recently and, unsurprisingly, there’s more to it than meets the eye. We’ll start with the obvious, the facelifted exterior that’s been inspired by its manic bigger brother, the MT-10, complete with twin LED headlights. There’s also a slight change at the rear in the form of a new licence plate holder mounted on the swingarm. If you consider those to be mere cosmetic changes, think again, because the MT-09 now oozes aggression, much more so than its predecessor did.

Hop onto its 820mm tall seat and aside from the off-centre fully digital instrument display screen, all the controls and toggle switches are right where you’d expect them to be. Some may find the screen a tad too small, but all the essential readouts are there, including a gear position indicator. 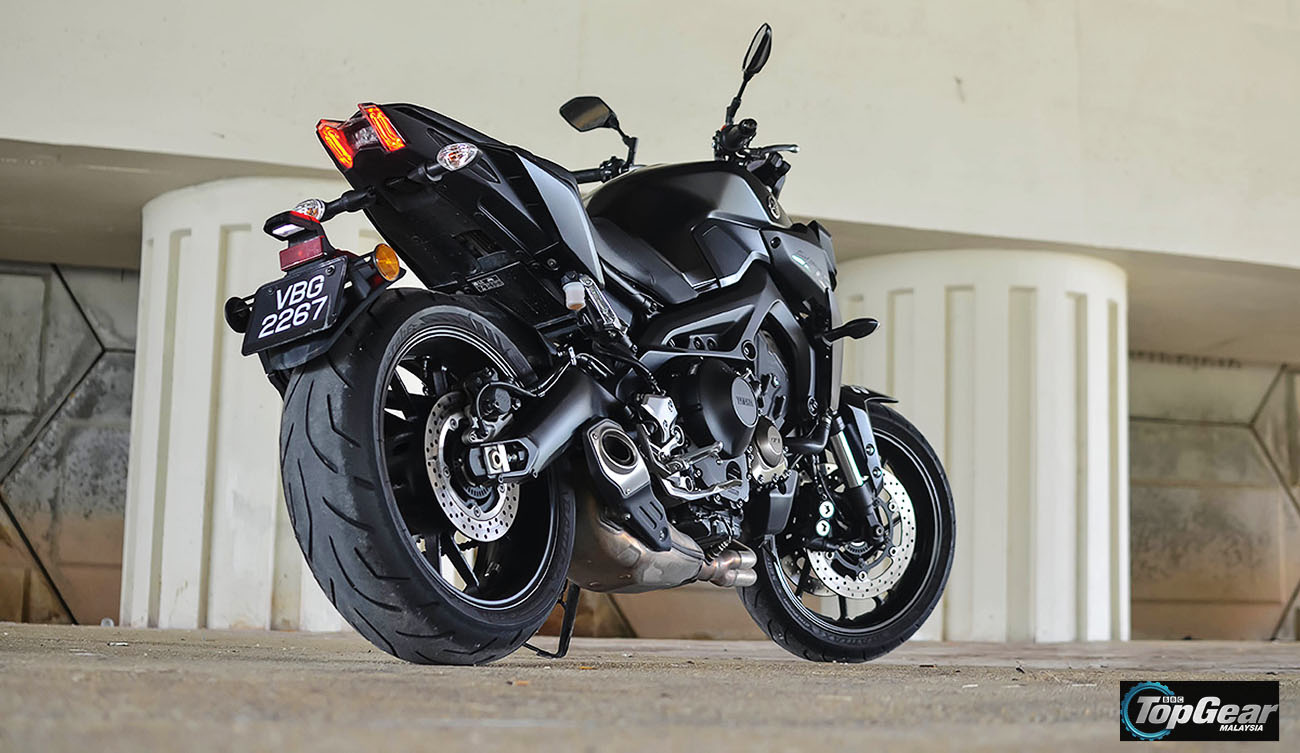 Thumb the start button and the MT-09 is ready to thrill anyone brave enough to try and tame it. As before, this streetfighter harnesses a perky 849cc inline triple-cylinder engine but now boasting improved outputs of 115bhp and 87.5Nm.

Its 6-speed box is slicker too, thanks to a new Quickshifter plus Assist & Slipper clutch features. Besides that, Yamaha has upgraded the bike’s ride-by-wire throttle and traction control system. The former now offers three modes – A, B and STD – while the latter offers two, Mode 1 and Mode 2.

To some, Yamaha’s CP3 mill doesn’t feel as smooth or as refined as that of the Triumph Street Triple S 765’s unit. However, it makes up for that through its rawness, especially when Ride Mode A and Traction Control Mode 1 are set. Do that and this streetfighter will easily scare the pants off unsuspecting newbies or anyone riding pillion.

Other interesting traits came to light when we ran it through a series of tight, twisty B-roads. Its suspension setup, for one, was impressive – the previous model was found wanting there because of its dull and rather soft suspension hardware and setup. What annoyed many was that setup’s silly tendency to cause wheelies. That’s no longer an issue with the new MT-09. Make no mistake, however, wheelies still do happen if you like – they are just more controllable. It helps too that fully adjustable front forks and rear shock are now on board, meaning owners can fine tune the way this streetfighter rides.

The brakes, twin front discs and single rear disc, work well too. Better yet, the MT-09 now has an ABS suite, a feature that was absent previously. This means the MT-09 is now much safer to ride.

If you thought the MT-09 was fun before, this new one, with its enhanced chassis hardware and enhanced handling abilities, is significantly more so. It’s more than enough to make bikers opt for it instead of its rivals.

It’s competitive in price too. Starting from RM44,473, the Yamaha MT-09 is marginally cheaper, for instance, than another capable naked middleweight, the Triumph Street Triple S. Even when compared to other similarly priced and sized rivals with four-cylinder hearts, the MT-09 truly stands out because of its no-holds barred attitude, whether you love it or hate it. 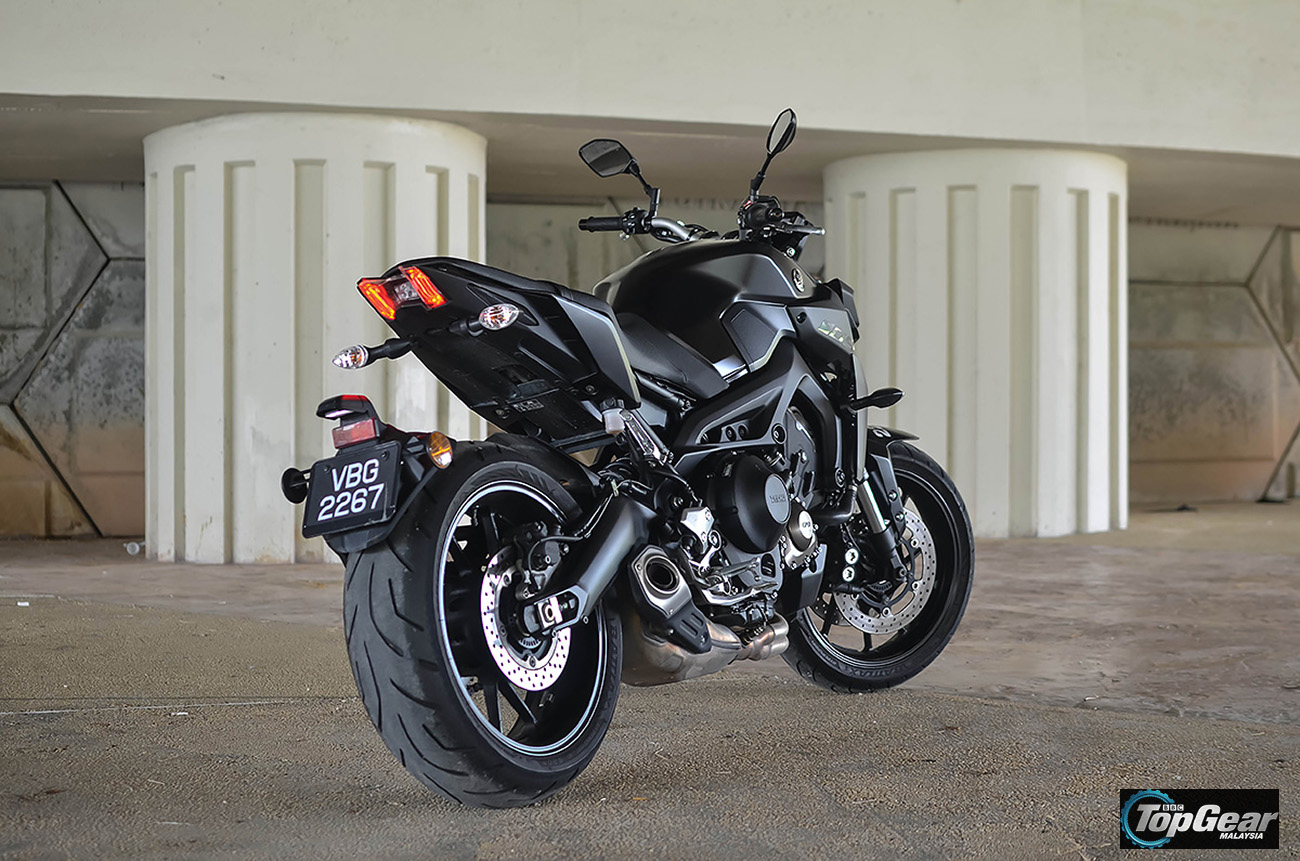 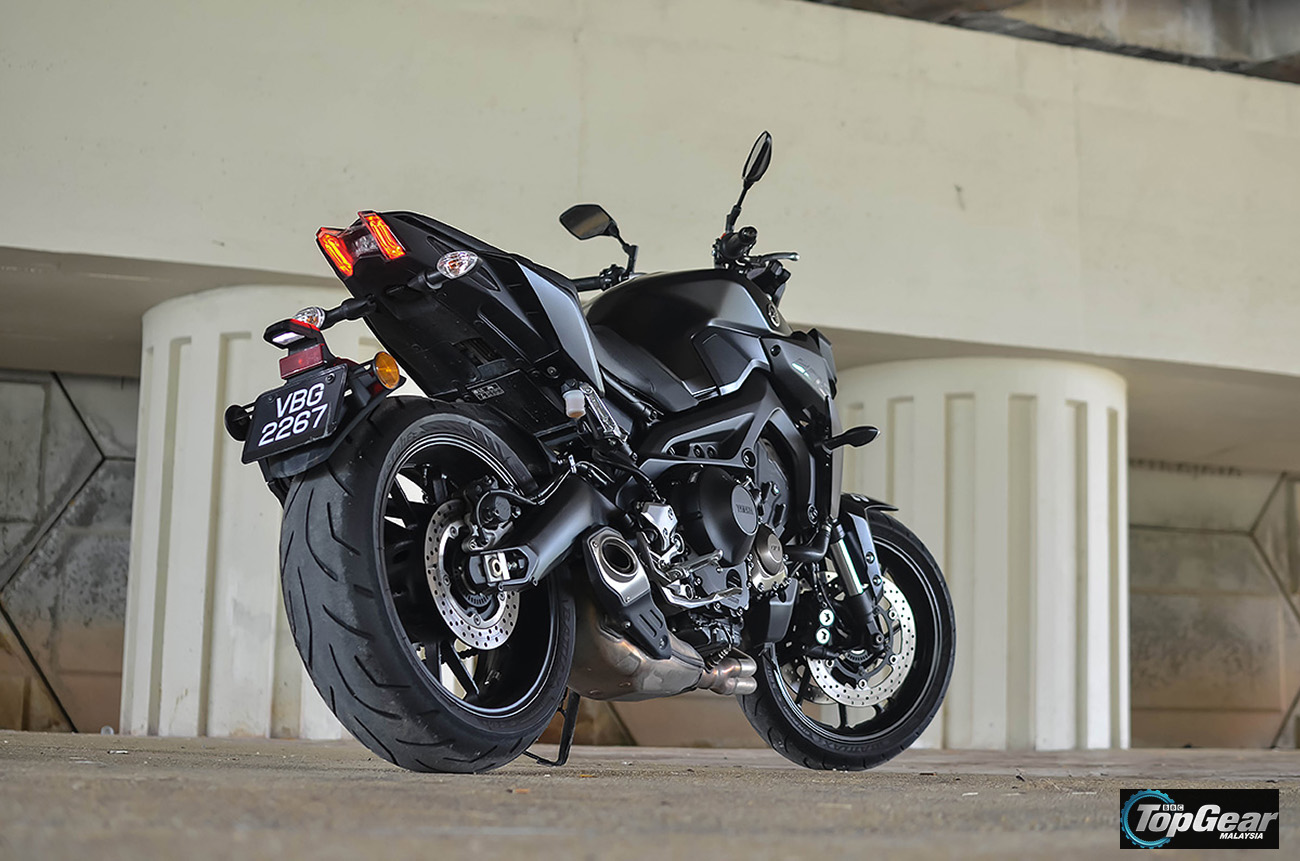 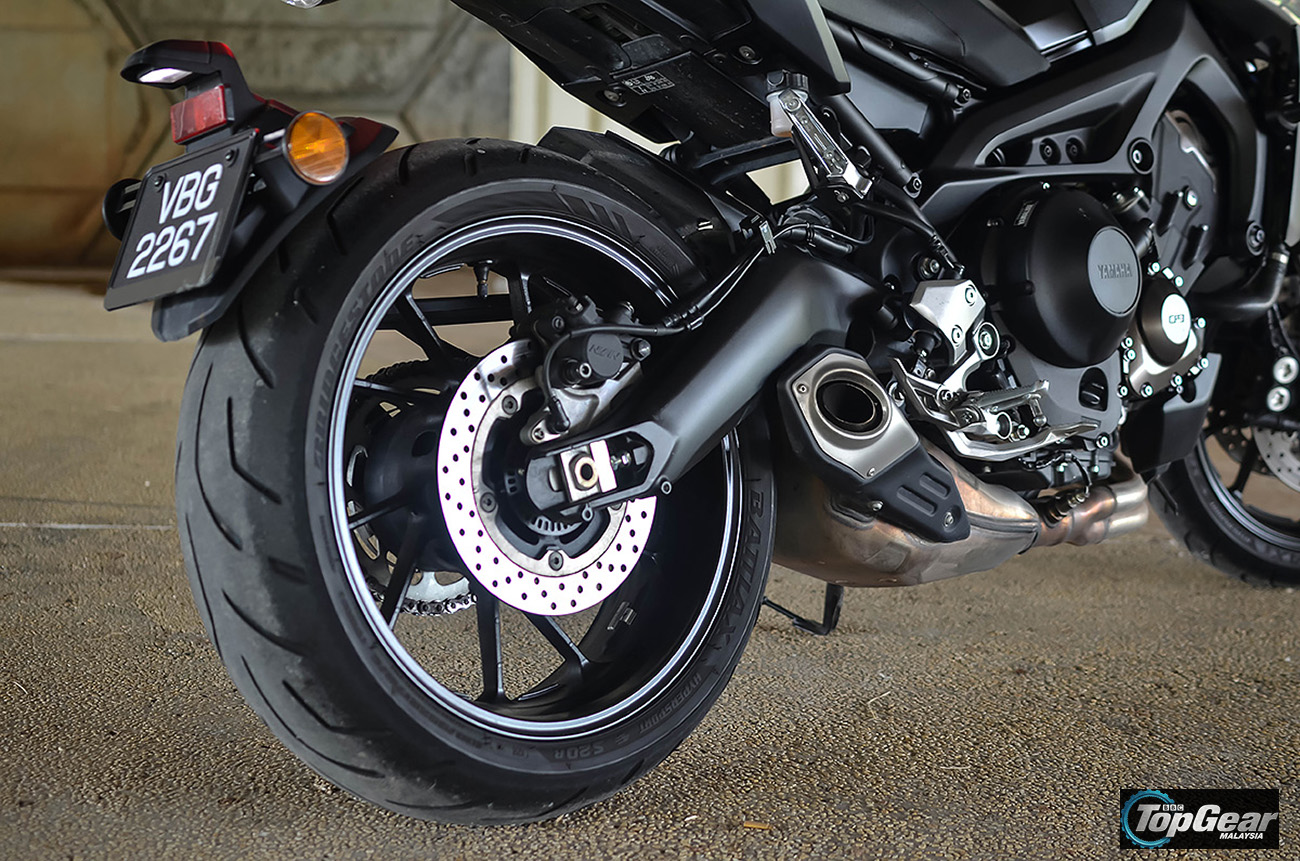 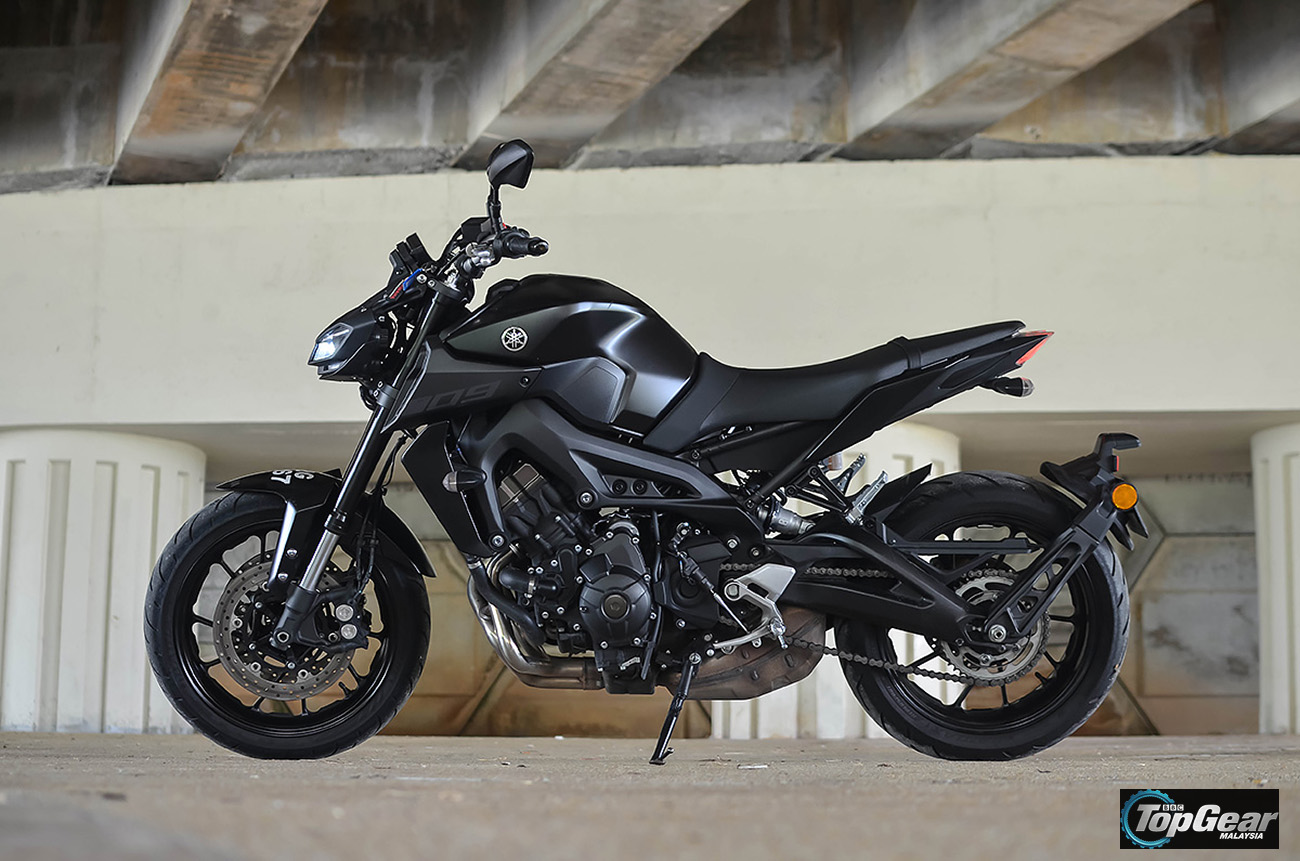 Looks and rides much better than before, but still wild when you want it be.