Overview
Probably the world’s most track-focused hypercar. In fact, originally the Brabham BT62 was only going to be a track car, but it turned out those wealthy early-adopters who got their names on the list first wanted to be able to drive it on the road as well. So Brabham is offering it with a road conversion kit as well. A few laps of Hyde Park Corner and I reckon they’ll come to regret that decision.

Because this is a racing car. OK, it’s not built to standard GT3 regulations, because the aim here was to build something more exotic than ‘just’ a racing car. However, Brabham has confirmed it will take the BT62 to Le Mans in the GTE class in 2022.

At its core sits a tubular spaceframe steel chassis. No carbon tub. Mounted low behind the cockpit there’s a 5.4-litre V8 developing 700bhp and 667Nm which – and this is crucial – is naturally aspirated. Brabham says it’s their own engine. It won’t be, but nor is it an off-the-shelf road car motor. Rumour suggests it started life as a Ford, but it’s been worked on extensively to suit the needs of this car. It’s mated to a six-speed Holinger sequential gearbox with pneumatic actuation and all the power is channelled to the rear wheels. There’s full motorsport ABS and traction control, a 125-litre fuel cell with quick-fill connectors, carbon Kevlar wheel housings, built-in air jacks and Michelin slick and wet weather tyres are included.

The brakes are full carbon/carbon, by Brembo, with a similar disc compound to F1 apparently. They need to have 450 degrees of temperature before they even begin to operate properly. The suspension is double wishbone all round, pushrod actuated. The whole lot is wrapped up in carbon: everything from the floor to the barge boards, wing, diffuser, splitter and all body panels. What gives the Brabham name pedigree is the history – Sir Jack was not only a three time F1 world champion, but also founded the Brabham racing team that went on to win 35 races. His sons, Geoff and David, have both won Le Mans, and it’s David who’s the force behind the BT62.

70 cars will be built in total – one for each year from 1948 when Sir Jack started racing, to 2018, when the car was announced. That’s an arbitrary sort of anniversary that makes you think they calculated the sales they thought the market could sustain and worked out the link after. No matter, the BT62 is here and for £1 million, plus tax, plus options, plus £150,000 if you want the road-legalised package, it could be yours.

Driving
What sets the Brabham apart is its engine. When just about everyone is moving to turbos and hybrids, what we’re missing out on is noise. Sound. Aural stimulation. The BT62 does not lack noise. 114 decibels on Silverstone’s noise meter tells you that. A level so far beyond the limits that the only time I can drive it, weirdly, is during a ‘noisy’ lunch break. Brabham is working on a muffler to make it track day compliant.

It shoots flames in the pit garage stood on its air jacks while the mechanics prep it. The noise is lumpy and uneven at low revs, but clears its throat as soon as you’re off the clutch and heading down the pitlane. Call it 4,000rpm in first. From there to when the red lights start to flash at somewhere around the 8,000rpm mark, the Brabham feels not modern, but more like an Eighties Le Mans throwback: immense sound, whining gears, instantaneous throttle response. It’s ultra-visceral and completely dominating. The low speed grip, traction and acceleration is massive – several times I came out of corners in third, reckoning I was on about 80 per cent throttle, but realising as I pressed the pedal further and the thing leapt - literally leapt – forward again, that I was probably only at around 50 per cent. It’s a mighty, forceful thing.

But as ever with downforce cars, it’s not the acceleration that leaves the biggest impression. The Brabham hit 257kph on the Hanger Straight. I’ve been at least 10mph (16kph) faster down there in both a Porsche 911 GT2 RS and McLaren Senna. The Senna is a very apt comparo. It has active aero, and above 250kph the wing moves to reduce drag. The BT62 doesn’t have active aero, which means at 160mph (257kph) the car is dealing with something like 1,400kg of downforce. But when you hit the brakes – and you really do hit them, with everything you’ve got, as suddenly as you can manage – you just… stop. Well, provided you’ve got some temperature in them – 500 degrees ideally, then the stopping power ramps up. They’re not easy, because the pedal feels dead until the brakes get hot, and they always need a lot of leg power to make them work, which makes them harder to modulate. But yeah, the brakes…

And the lateral grip. With Michelin racing slicks and massive downforce and without being a professional racing driver, it’s hard to get close to. You need time to build up to it, more than you get during a Silverstone lunchbreak. Much more. But the precision of it, the feeling that – if you were brave enough – you could easily come through here 10mph, 20mph faster, the realisation that the car has limits way beyond yours, well, again, along with the noise and the brakes, that could be intimidating (Brabham, wisely, is offering a driver training program to owners). 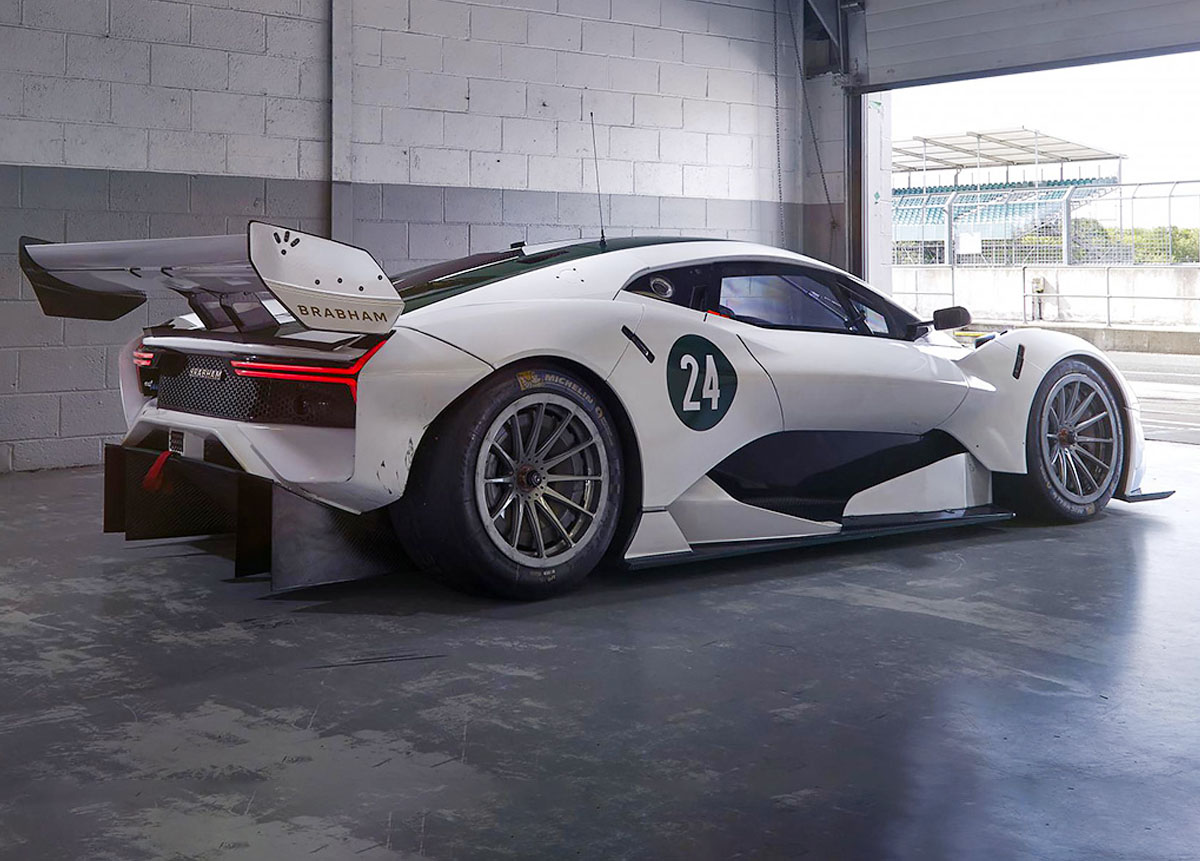 But the Brabham BT62 doesn’t come across that way. Because the set-up is something quite special indeed. Before I drove it David Brabham had said “you’ll find the car moves into a corner very easily”. That’s not the half of it. It knows where the apex is better than you. The steering is light, yet super accurate and full of feel – as soon as you put the merest hint of pressure on it, it changes direction, but communicates the forces working on it, the lateral loadings and downforce, with real clarity.

So what you find is that the amazingly responsive steering is perfectly attuned to the super-precise engine, and with those two facets in place you can build a really good, deeply satisfying rhythm. And that gives you the confidence to push harder, to exploit the 47:53 weight distribution, to attack kerbs where you find the suspension is really compliant, and to push a bit harder through longer radius corners, particularly Luffield, where you just detect the first hint of some push understeer. It feels like it has a really short wheelbase, but tremendous stability – and all without a four-wheel steer system.

But here’s the takeaway: initially you’re just along for the ride, marvelling at the drama and spitting fury of the thing, but within a relatively short space of time you realise this is a car you can get so much out of. It’s a downforce car that feels delicate to drive.

On the inside
It’s a racing car. Getting in and out is neither easy nor dignified. Portly and/or over six feet? Bring lube. But try removing the steering wheel first. The seat will be perfect because it’ll have been moulded to fit you, the pedal box slides and the only useful rear visibility comes from the rear-facing camera. The carbon steering wheel is all buttons and abbreviations, the carbon door is flimsily light and the clutch is a total pain in the arse. Give it 4,000rpm and hope for the best.

The only thing that matters inside – after comfort – is how the controls operate. And we’ve covered those already. The screen’s big, which is good as the info is easy to read at a glance, but I didn’t spot a USB slot. Can’t think why.

Verdict
Judged solely on its track communication and ability, the Brabham BT62 is an awesome machine. And what other way is there to judge it? No-one is going to pretend that this will be other than a deeply flawed road car because that was never part of its original design brief. But on track it’s an absolute ripper: a car with massive downforce and grip that feels exploitable because of its accuracy and precision. It’s razor sharp without ever being nervy or distracted.

But it’s the engine that takes it one step beyond, makes its closest rival not the McLaren Senna arguably, but perhaps a Group C Le Mans car from the late Eighties. A Jaguar XJR-9, Mazda 767 or Sauber C9. That’s the feeling 700bhp of naturally aspirated V8 delivers. Compared to the Senna? Not as well finished inside, less sophisticated, but for drama, rawness and viscerality, the Brabham has it licked.

I’d been concerned the BT62 would struggle to find a niche, that it wouldn’t have a role or position in the hypercar market despite wearing the Brabham name. But it does simply because it’s different to anything a mainstream manufacturer could even conceive of doing in this day and age. In many ways it’s a throwback, but isn’t nostalgia great? 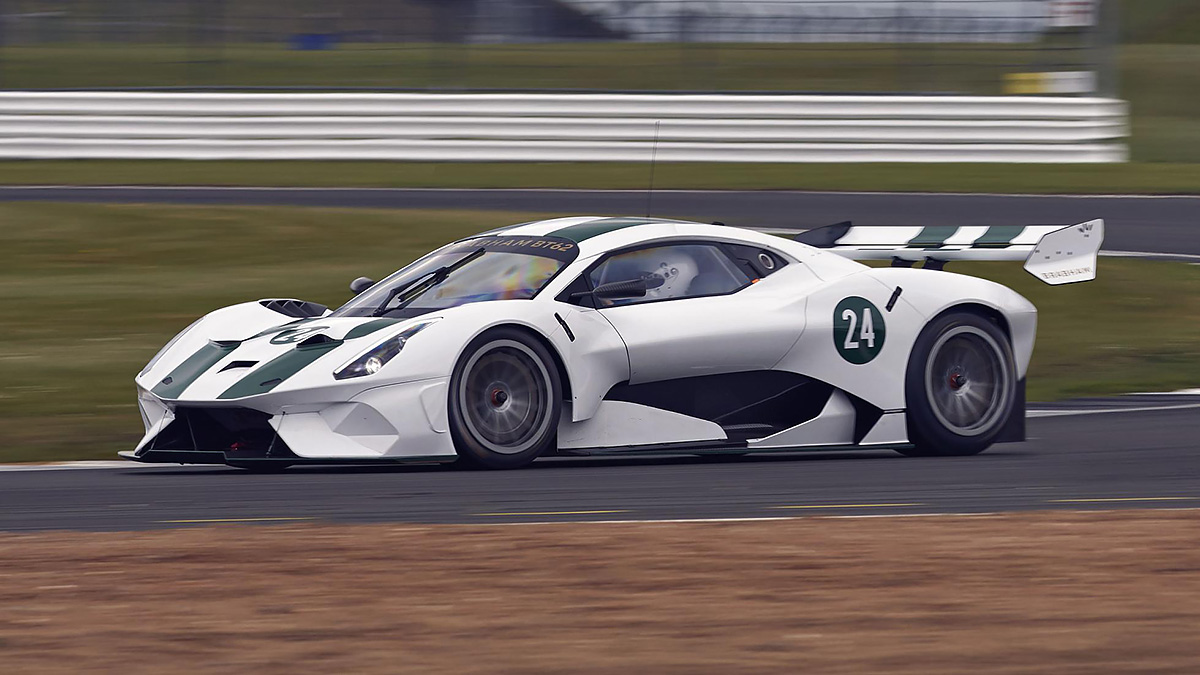 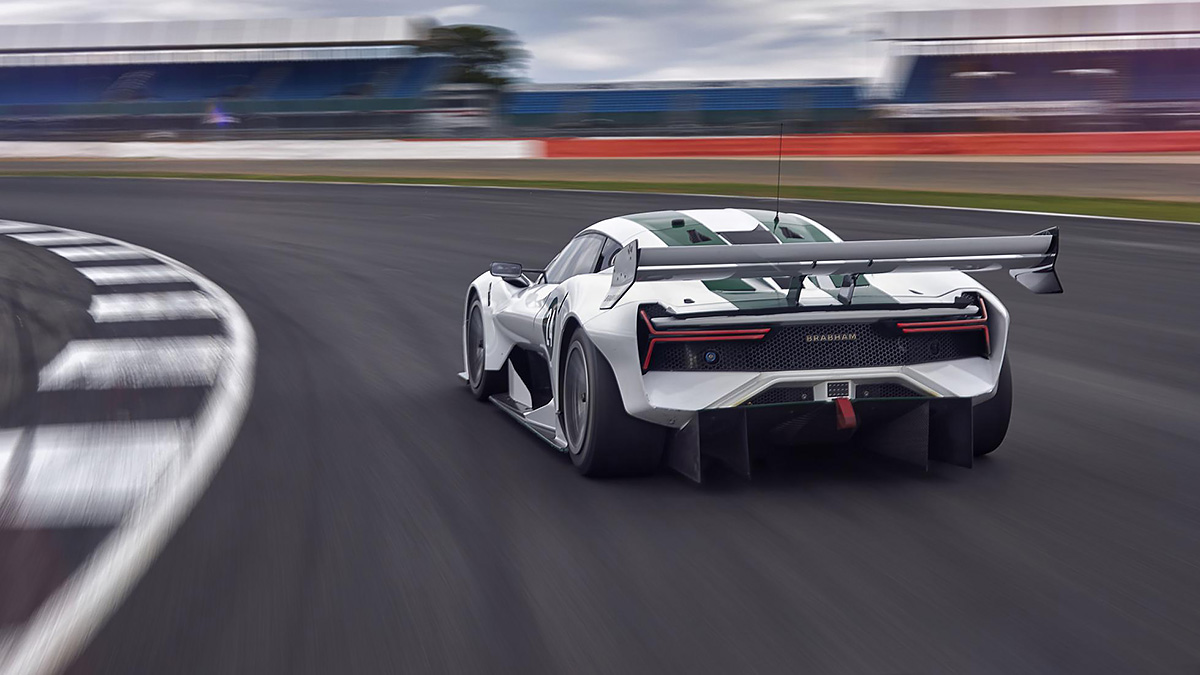 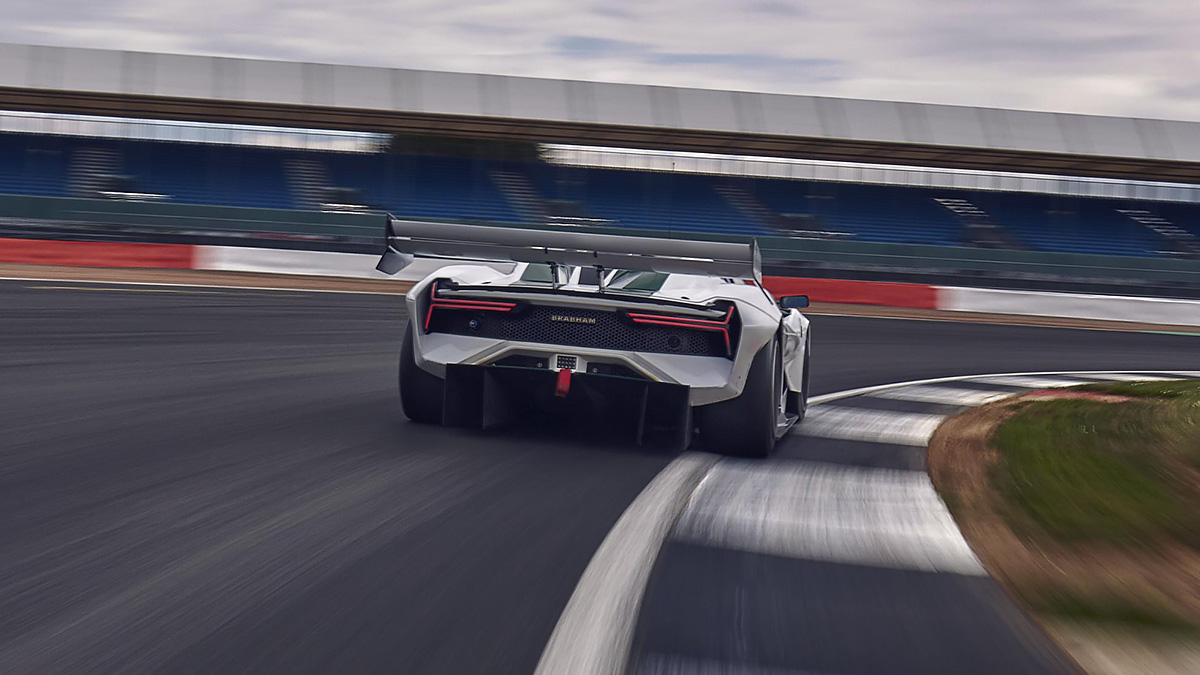 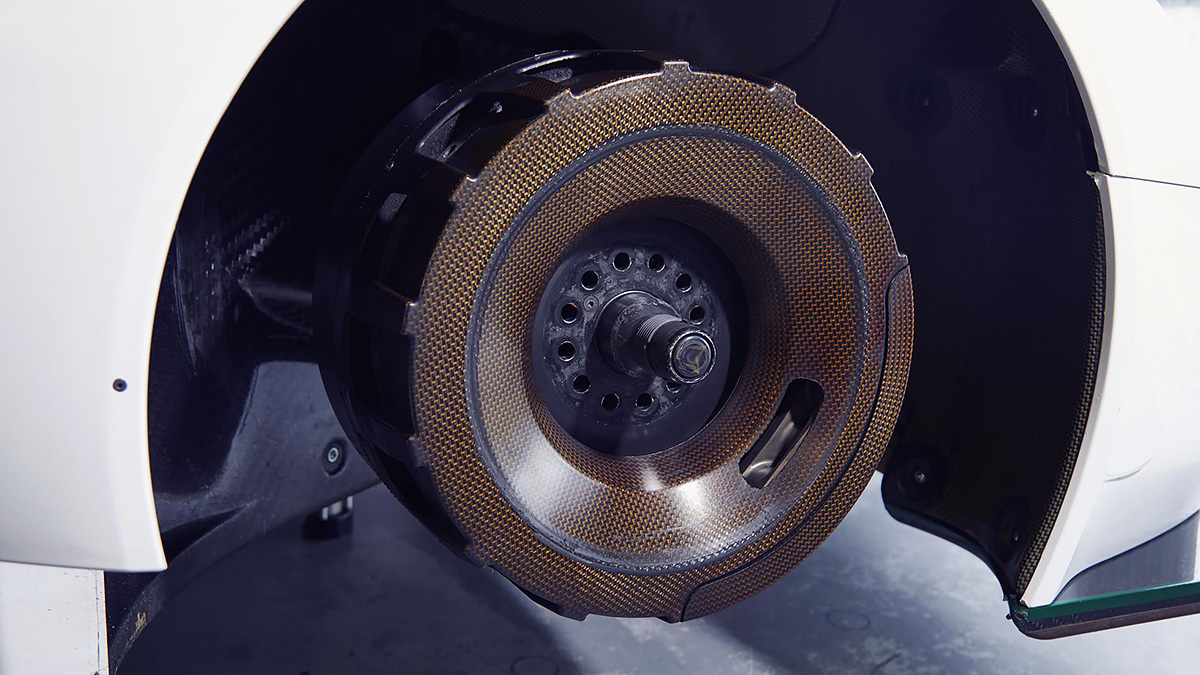 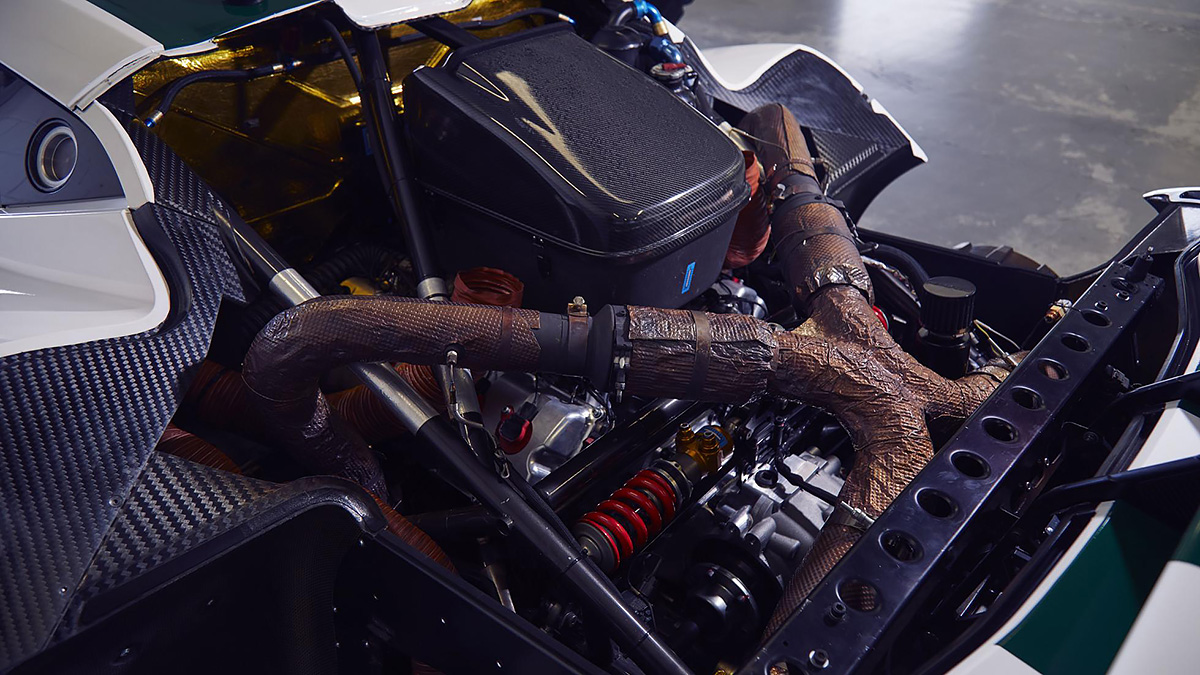 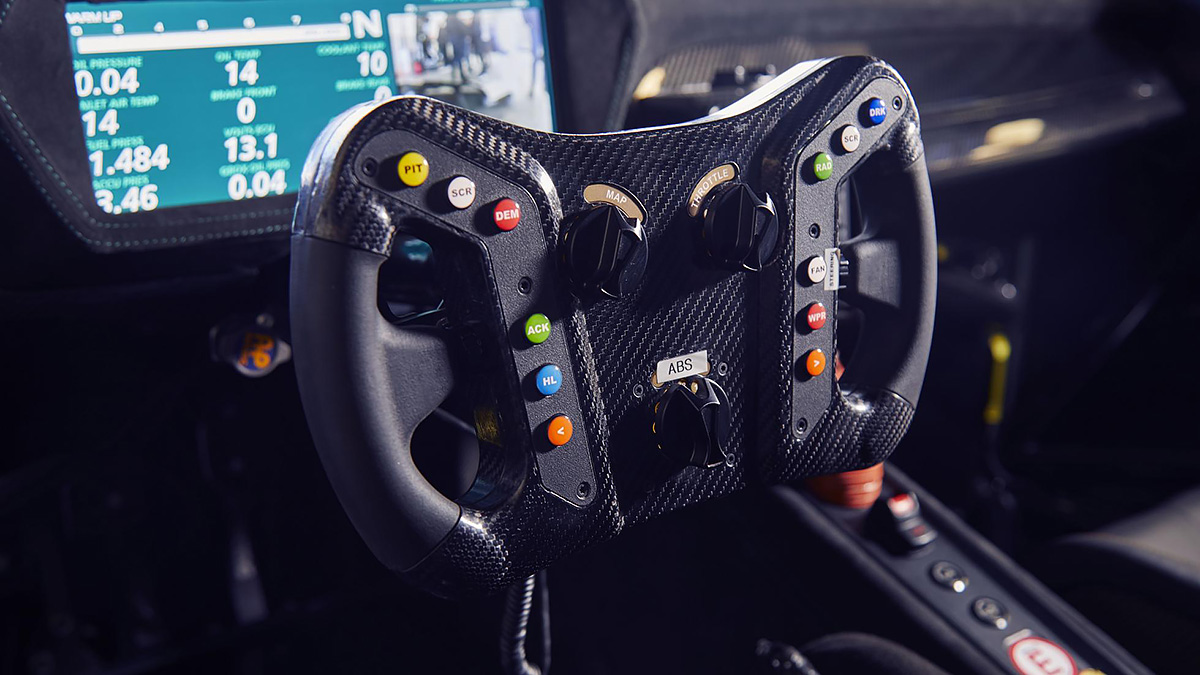 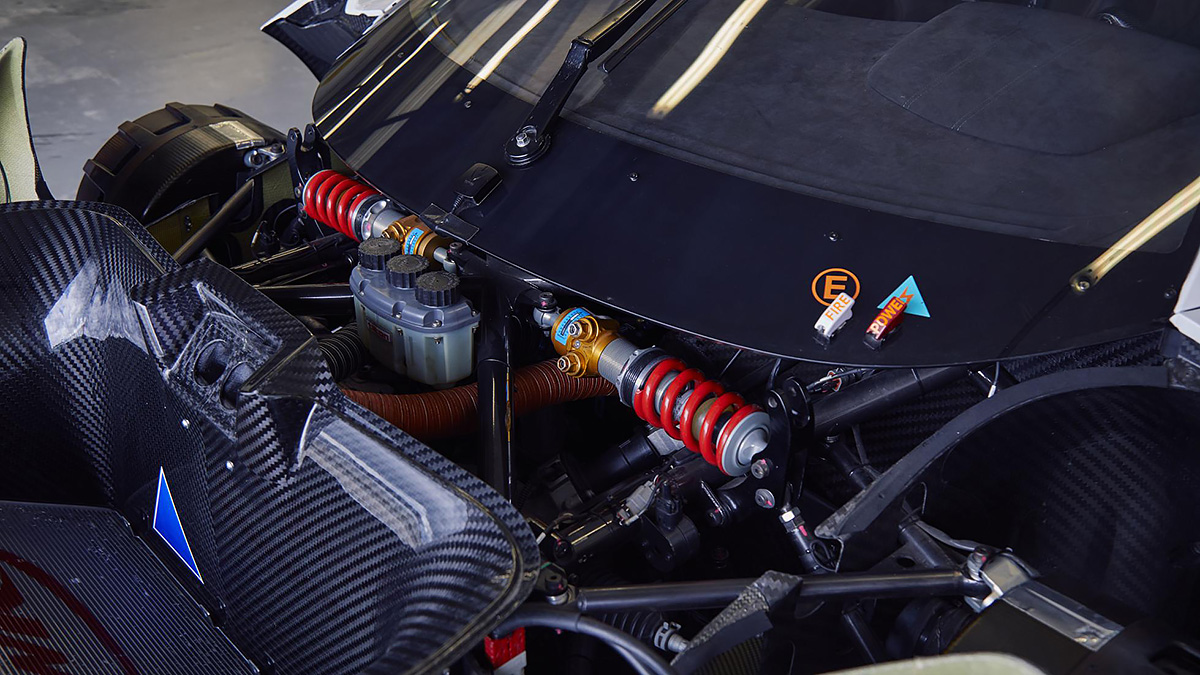 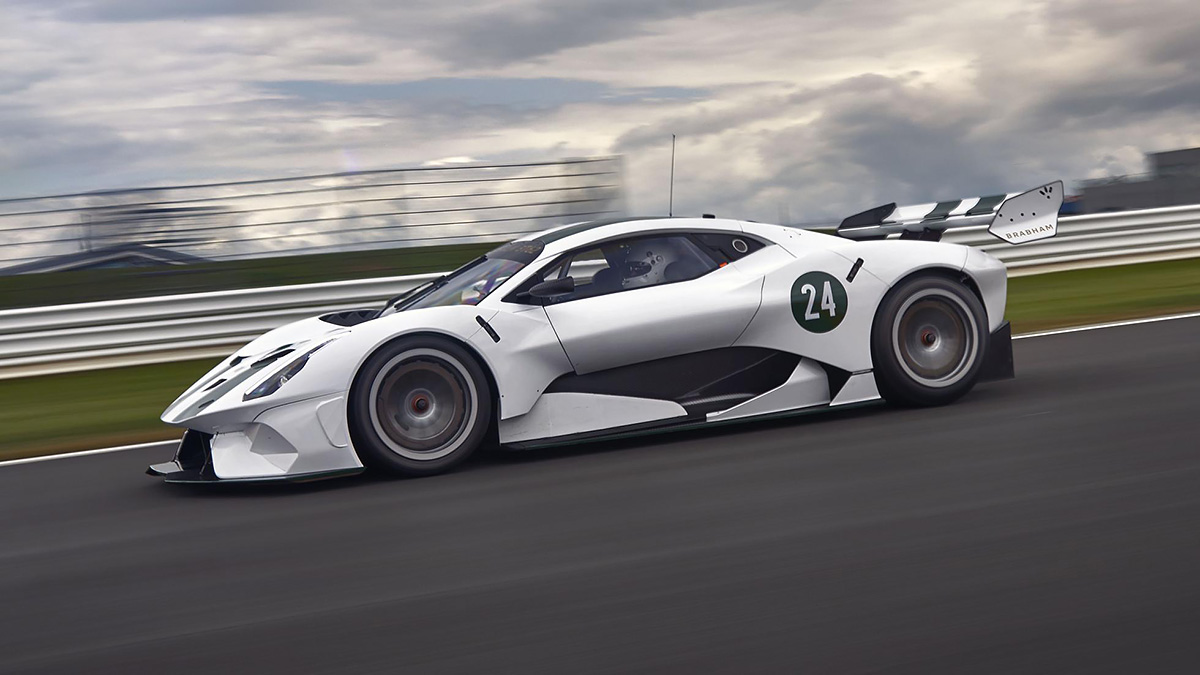 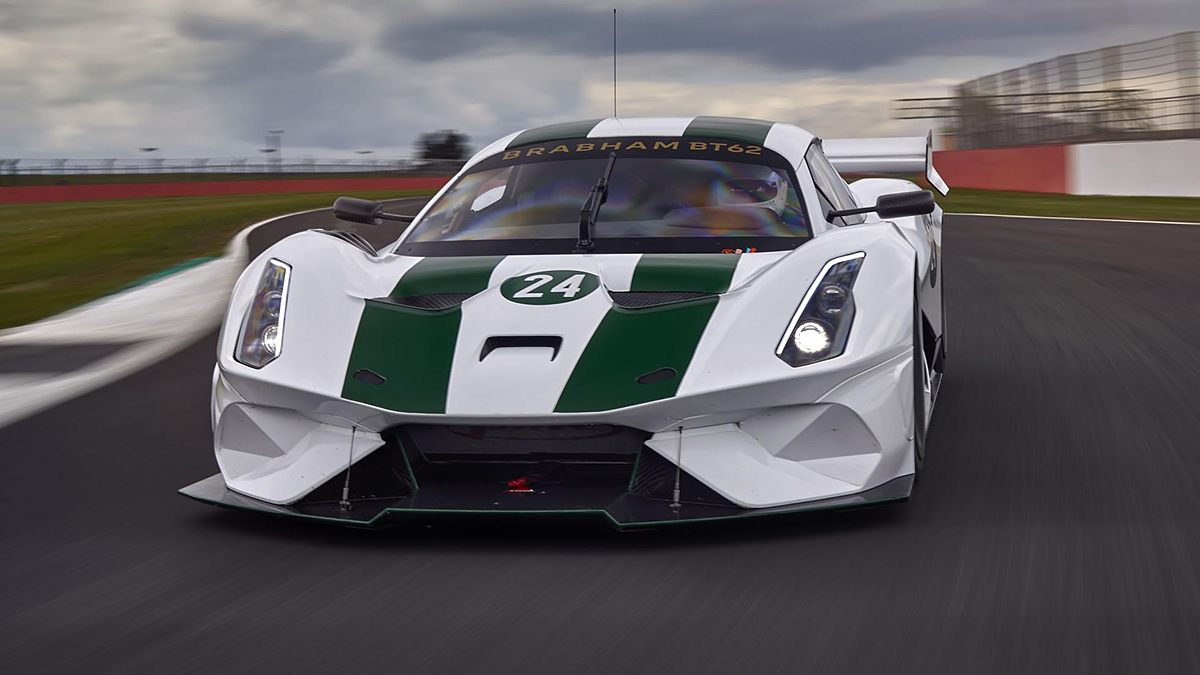