What on Earth is that?
This is a Rezvani Tank, something described by its maker as a ‘tactical urban vehicle’ and an antidote to the increasingly samey SUV segment. Its designer aimed to make a modern-day successor to the Hummer, and for sheer in-your-face impact, he’s doubtless achieved it.

That has a milder, 500bhp V8 but a wealth of bulletproof and bombproof tech – as well as an outlandishly silly smokescreen function – to protect you from the apocalypse. Post-March 29 it really could be the one to go for.

So what do we have here?
This is a Military Edition, which makes up 25 per cent of Tank sales and weighs around 3.1 tonnes, as opposed to the standard car’s 1.8 tonnes. Like all Tanks, it’s based upon a four-door Jeep Wrangler, and borrows its structure and interior architecture but with Rezvani’s own bodyshell and interior flourishes on top. Rear-hinged doors included.

It really is a punchy-looking thing, especially given its weeny overhangs. The spec is eminently customisable and most Tanks leave the factory – after a 16-week build – having had over $300,000 (RM1.2m) spent on them.

Which does perhaps serve up slight disappointment when the old-school digital dash readout still says ‘Jeep’ when you start the engine. On the plus side, it means you can service your Tank at any Jeep dealer. 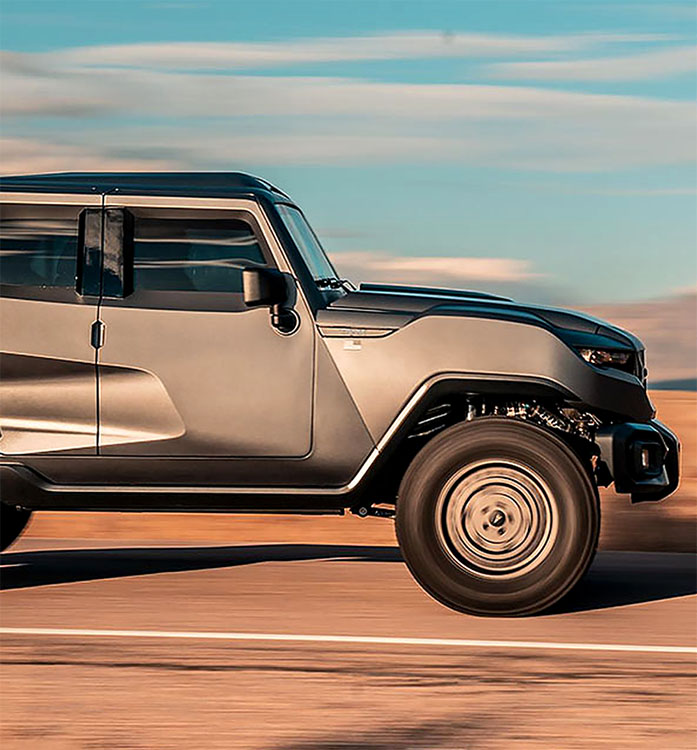 What’s it like?
Like a giant Tonka toy, in the very best kind of way. Armouring the doors means they weigh 140kg apiece, so you’ll either pull your arm out of its socket opening them, or painfully trap your leg as they swing shut of their own accord. Or both.

Once you’ve leaped those hurdles (or shrugged off the pain), you’ll realise it’s pretty poky inside. Testament to it actually being based upon a small-ish 4x4, and exacerbated by how thick the doors are. A screen of bulletproof glass separating the cabin from the boot only serves to reflect what’s coming through the windscreen, too, so rear visibility is hypercar-esque. Good job there’s a reversing camera.

And once you get going?
A V8 could inject magic into a food blender, and thus even the starting procedure is dramatic is it burbles into life. We’ll miss engines like this when they’re gone. Badly.

You can have manual or automatic gearboxes, and this one has the latter. Which, given it’s not a driver’s car, is fine. It’s responsive enough and helps imbue the Tank with a surprising turn of pace for its bulk. Rezvani deliberately doesn’t quote performance figures, citing that’s simply not what the Tank’s about, but on the unfailingly straight desert road we drove it on, it reached the 75mph (121kph) speed limit swiftly enough.

Once there, it’s a busy thing. Keeping it in a straight line requires a bit of work – on these knobbly tyres and softly sprung off-road suspension, at least – as it wanders about even when the road seems smooth. At lower, urban speeds, where quite a lot of these will reside, it’ll be less of an issue. Same goes for if you opt for a significantly lighter, more road-biased Tank that eschews the Military kit.

Does it go round corners?
As much as it needs to. You can carry more speed than you’d expect, and it’s no more disconcerting to hang onto than a previous-gen AMG G-Wagen or any number of overly modified Defenders. Get it on some dirt and its balance really comes into play, with its all-wheel drive switchable, so you can slot it into rear-drive mode and have some fun. Or back to AWD to negotiate just about any hill or terrain you fancy scrambling over.

What’s so refreshing about the Tank’s dynamic behaviour, though, is that it’s not trying to be something it’s not. Rezvani takes a 4x4 and spends your money developing it to the nth degree of its natural abilities, not attempting to cancel them out and act the role of something else, like a similarly priced Lamborghini Urus. 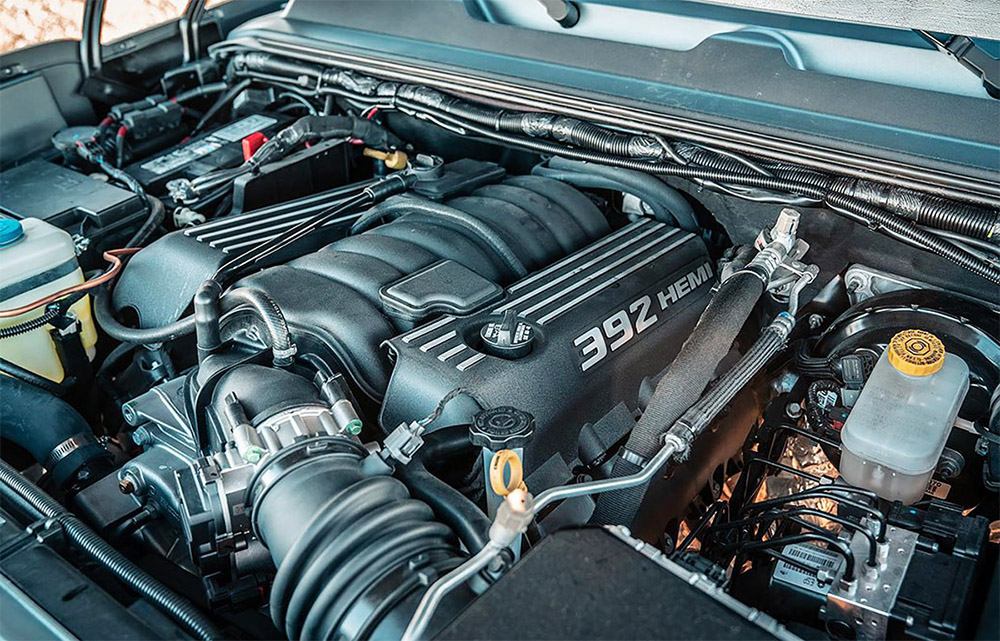 I’m mad. I want mine to be more like an Urus.
Then fine. Ask Rezvani to stiffen up the suspension then spend another $29,000 to give your Military Edition that 707bhp Hellcat engine. Or $55,000 if you’d like that Hellcat engine to be tuned to 1,000bhp. Call us childish, but we’d really like to try both of those, too.

If that all sounds a bit much, there’ll be a cheaper, more mass-market SUV from Rezvani a little further down the line, one which can be made in half the time and should sell in triple rather than double figures (23 Tanks have sold at the time of writing).

The verdict?
Most people buy SUVs to get a little extra height over their fellow road users. But given everyone is buying them, that advantage will soon disappear. So you’ll be wanting a Tank, a gleefully OTT antidote to samey crossovers and gauche performance SUVs alike. The face may be aggressive, but it masks a vehicle that’s deeply likeable. Especially with an apocalypse due seemingly any moment now. 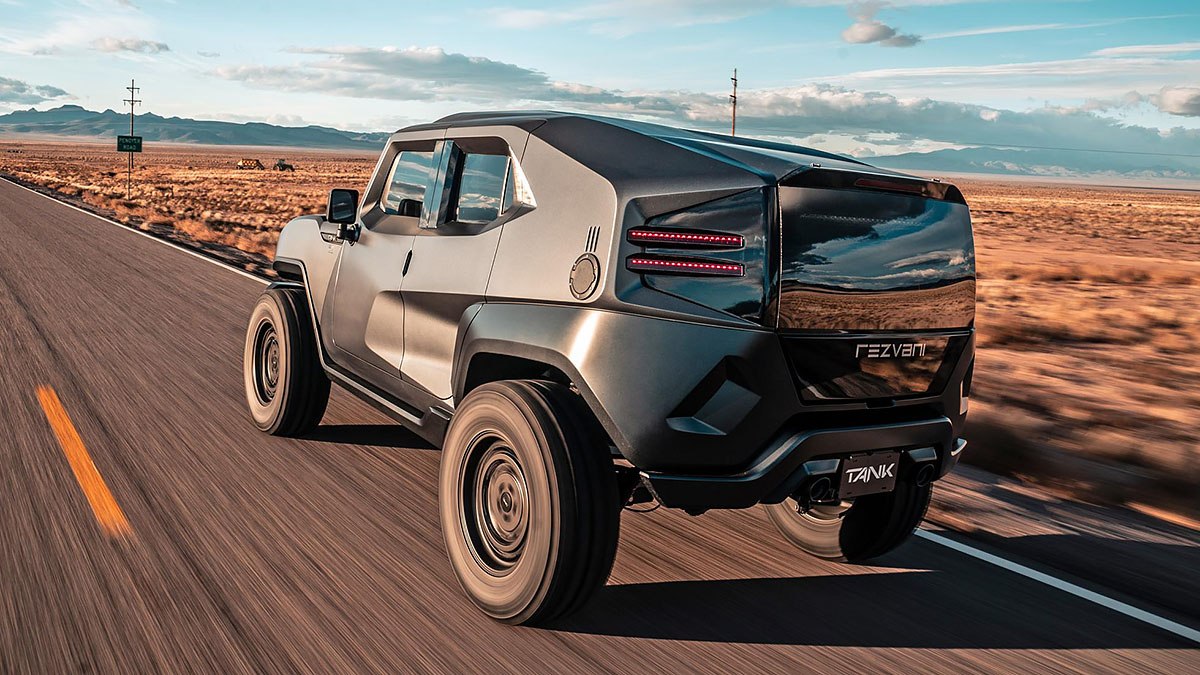 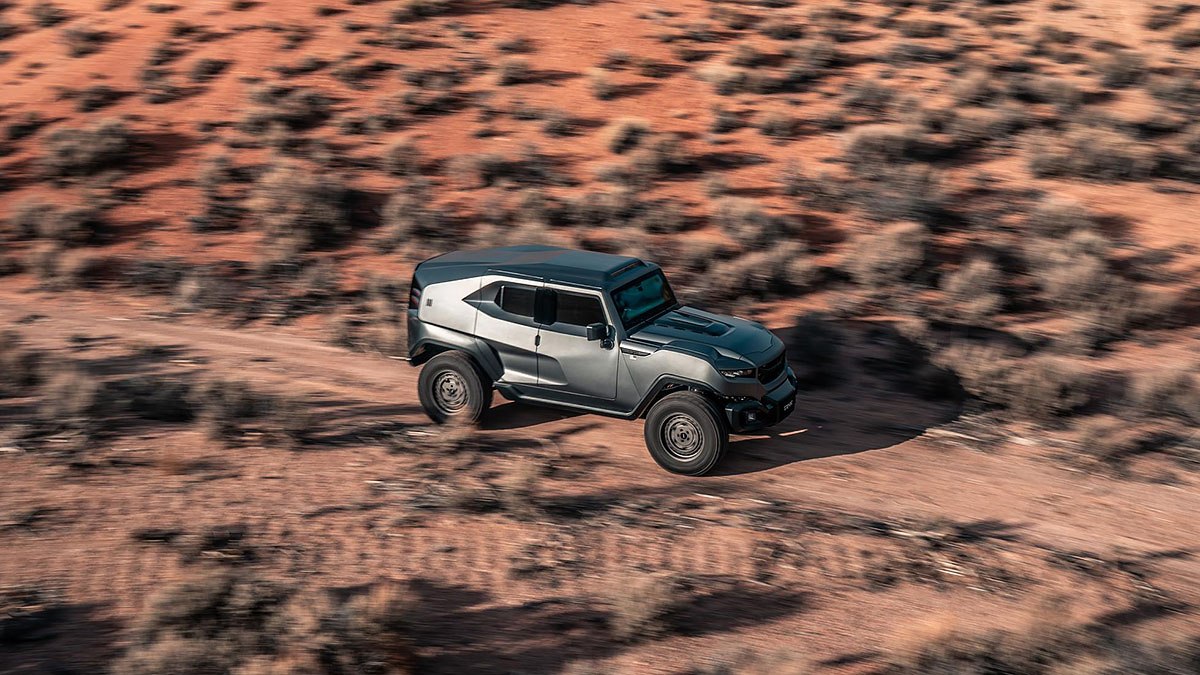 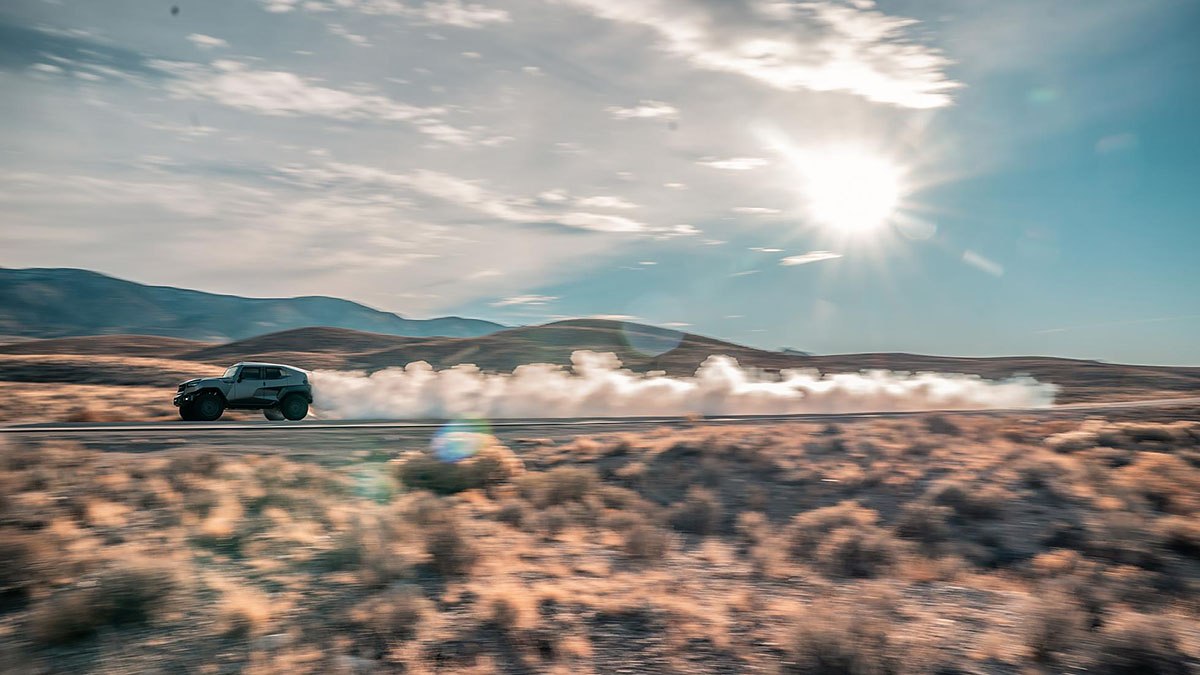 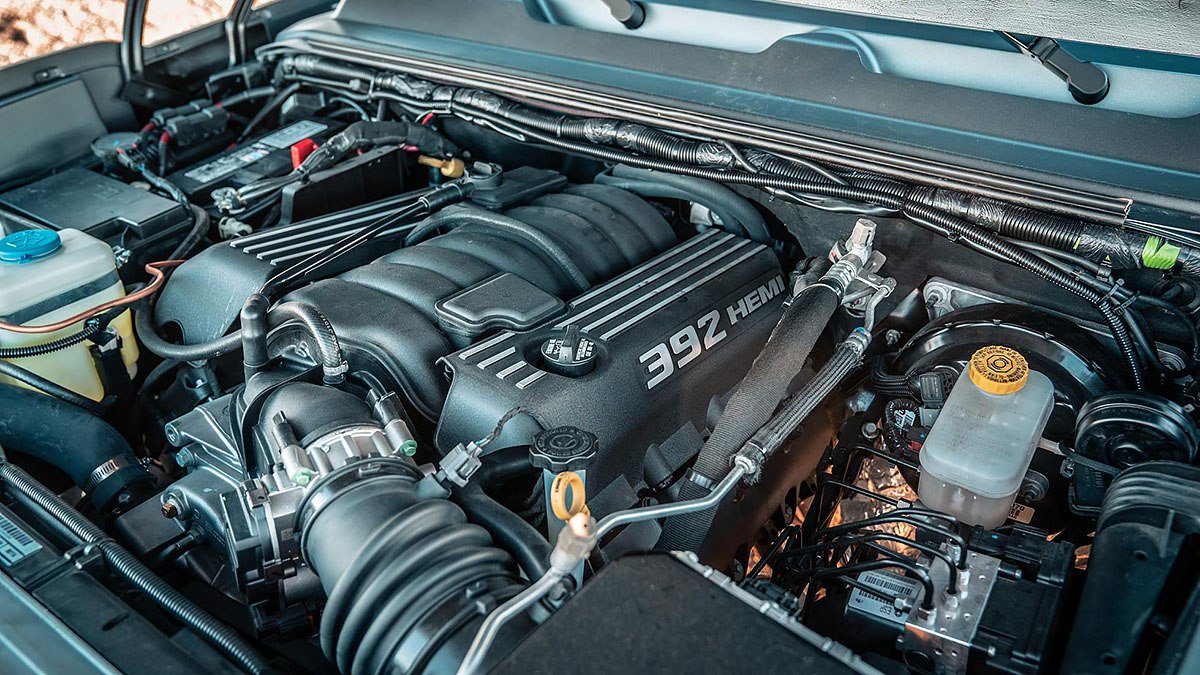 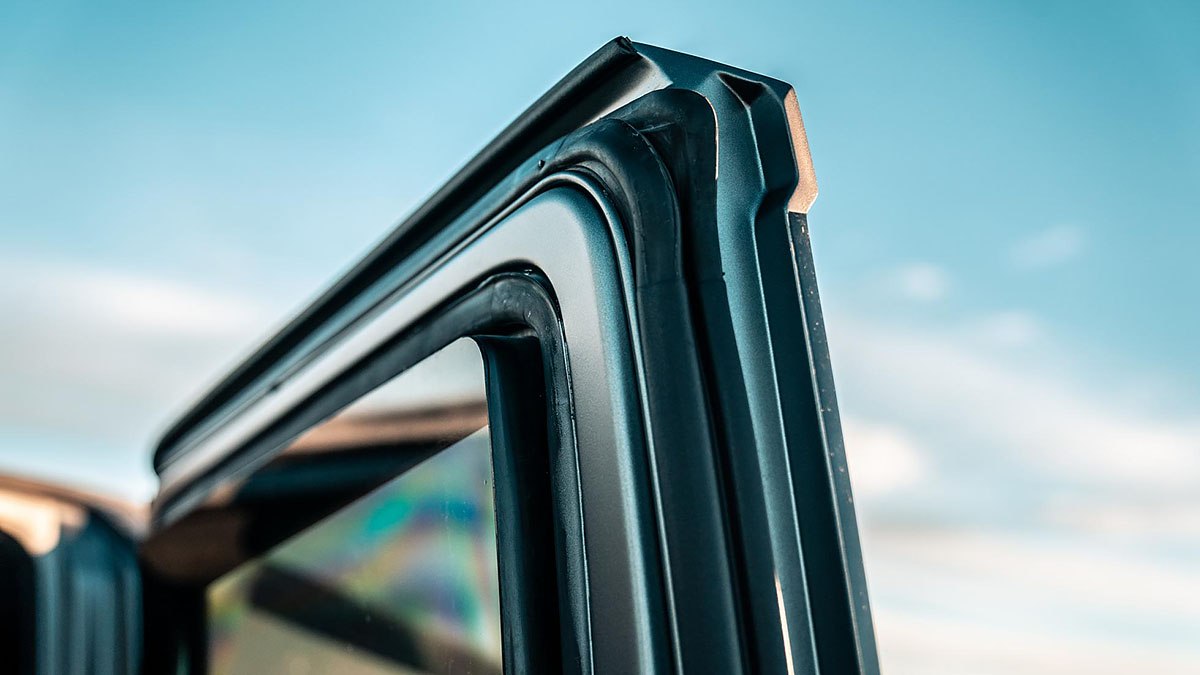 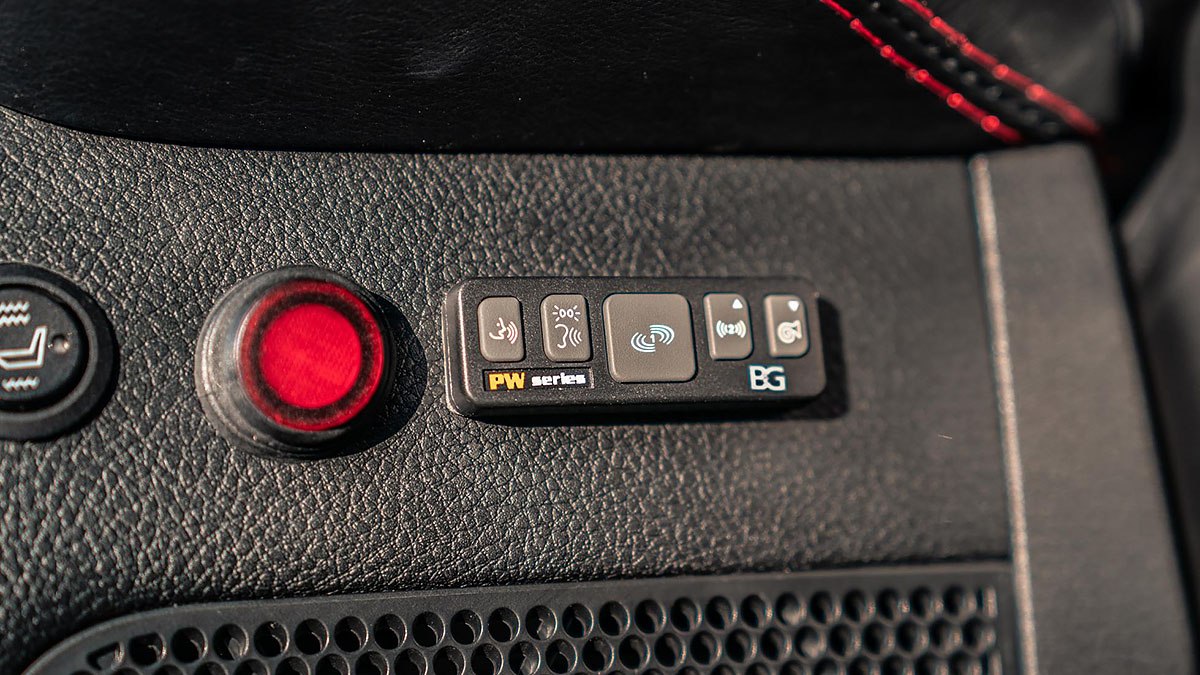 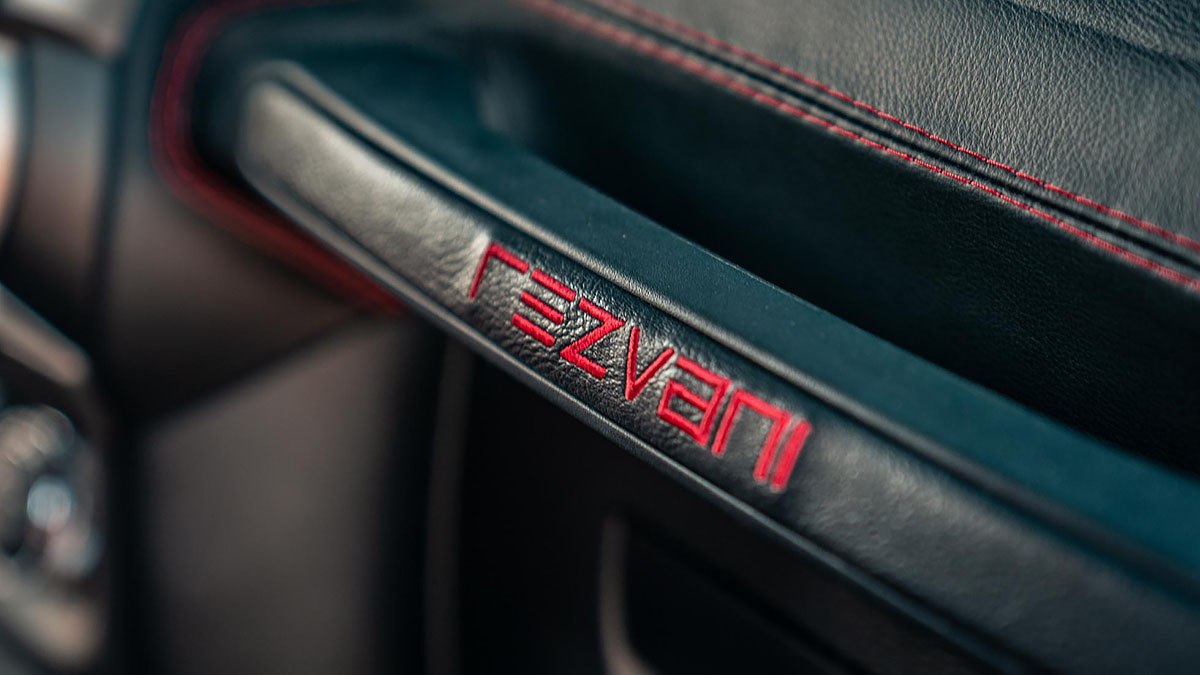 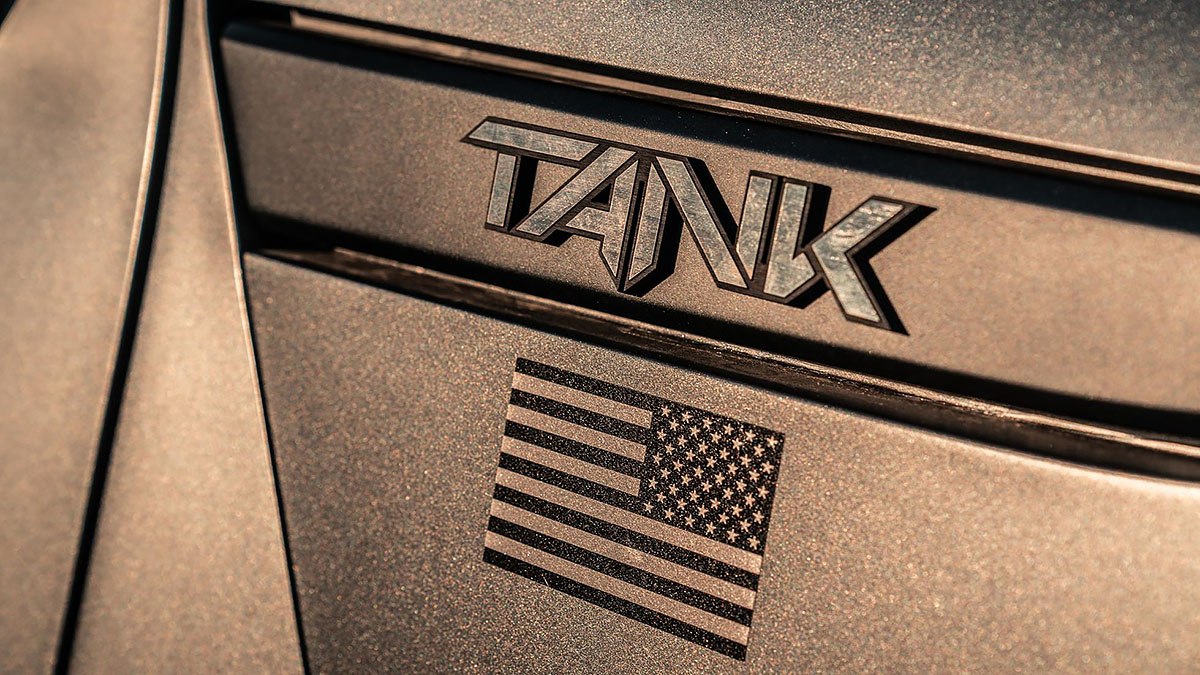