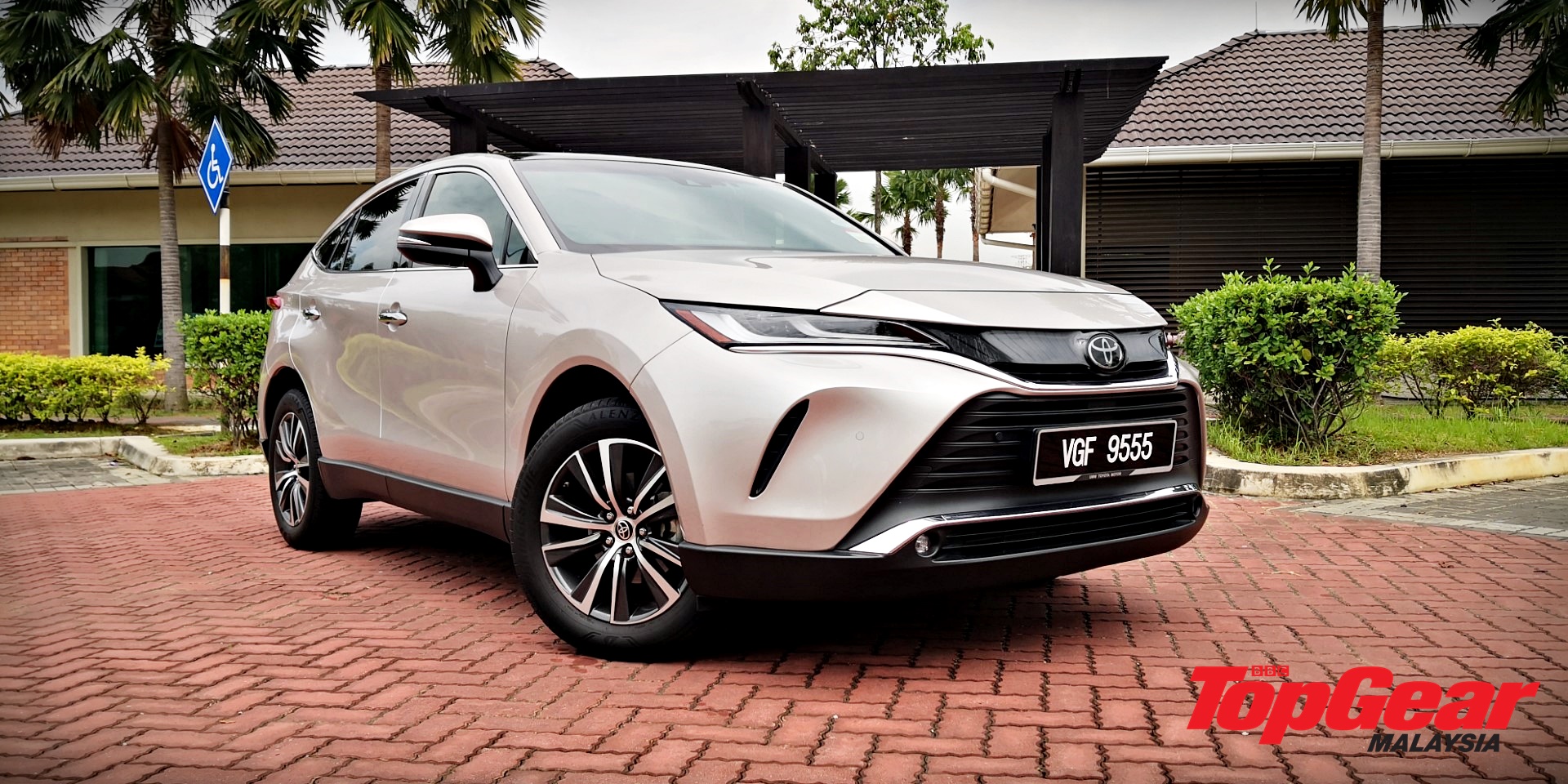 When UMW Toyota Motor unveiled the new Harrier last year, the fact that it is no longer going to be powered by a turbocharged engine like its predecessor was definitely bothering us.

There is only one model to choose from and it's called the Harrier 2.0 Luxury which we're looking at here. There are five colours to choose from a largely monochromatic palette bar a dark blue metallic hue, and it's yours for RM274,000 on the road minus insurance. As with all new Toyotas, the price includes a five-year unlimited-mileage warranty. You still get a two-litre four-cylinder engine as before, but it's the same Dynamic Force M20A-FKS naturally-aspirated mill powering the base variant of the Toyota RAV4 which produces 173 PS and 203 Nm of torque. All that power is sent to the front wheels via a direct shift CVT with a fuel consumption of 6.5 litres per 100km.

The powertrain is a downgrade on sheer output alone, but Toyota takes pride in the fact that it comes with the most advanced version of the carmaker's dual VVT-i (variable valve timing with intelligence) since the system was pioneered 30 years ago.

So, in an effort to find out how it feels, we spent a couple of days with the new Harrier recently and here's how it went. 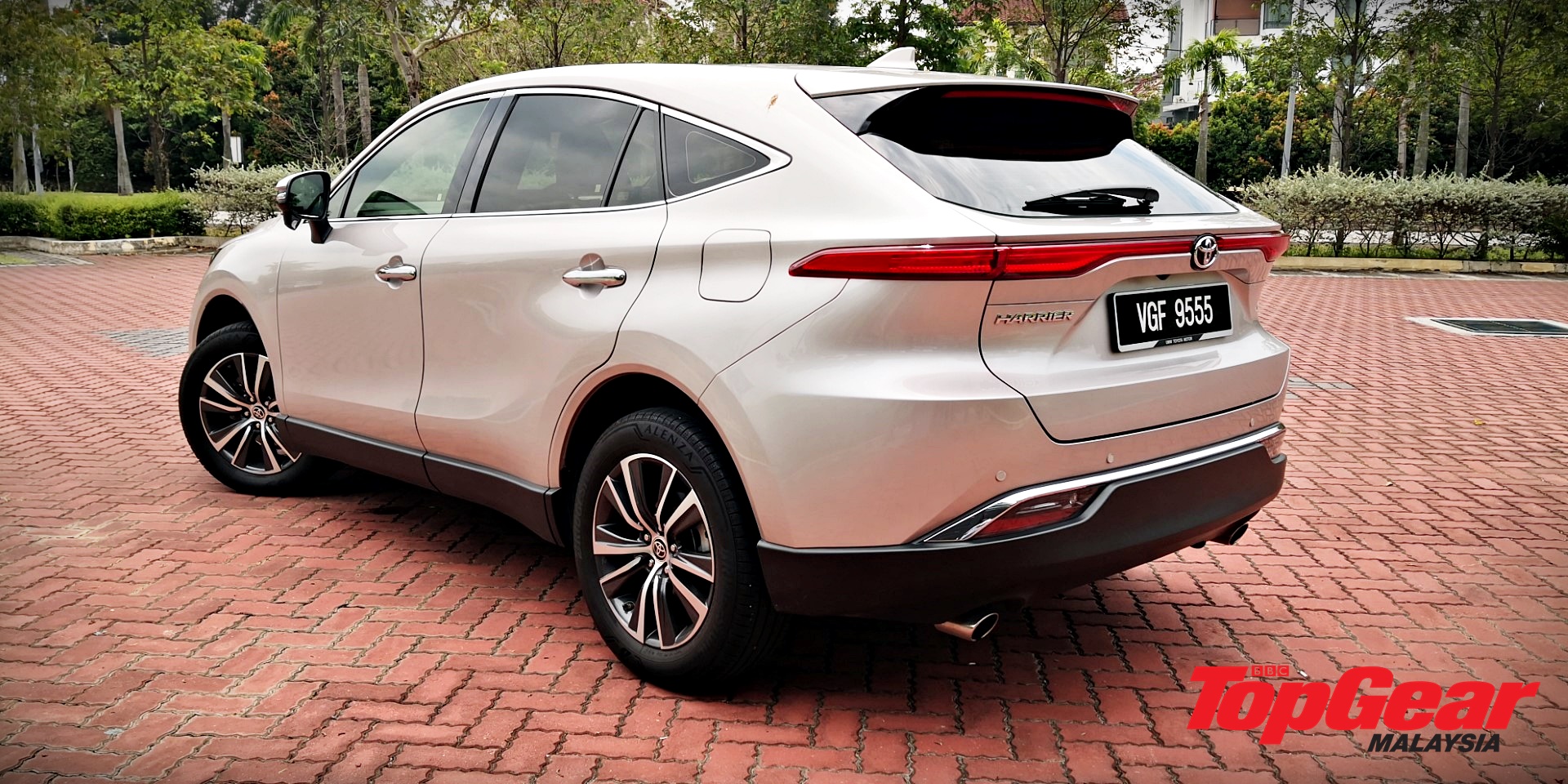 In terms of the design, there is no denying the fact that the Harrier looks so much more handsome compared to the outgoing model which looked rather conservative. The new one here still looks matured but it is certainly sharper than before. In fact, it even looks like a Jaguar F-Type when you look at it from the rear.

Underneath the sharp, new sheet metal is the Toyota New Global Architecture (TNGA) GA-K platform, which occupies a footprint that's 20mm wider than before, with a wheelbase that's 30mm longer than the third-generation Harrier - that's potentially good news for legroom, although the overall height of the SUV has been reduced by 30mm as well.

Inside, the centrepiece is a panoramic sunroof with electro-chromatic glass that can be dimmed at the touch of a button.

There's also an eight-inch touchscreen infotainment with Apple CarPlay and Android Auto, a wireless charger, leather seats and a digital rearview mirror, which props up the live feed from a wide-angle, high-resolution camera; useful for countering glare at night, especially when you're being tailgated by a car with permanent high beams on a pitch-black road. As expected, there is also a generous dose of leather upholstery as well as premium soft-touch material all over the cabin.

Being UMWT's premium offering in the SUV segment, the all-new Harrier is pretty well equipped on the safety front, with features like pre-crash system, lane departure alert with steering assist, lane tracing assist, dynamic radar cruise control and adaptive high beam making up the Toyota Safety Sense (TSS) suite that comes as standard in the sole variant on offer.

That being said, the Harrier here has definitely improved significantly in terms of looks, standard features offered, space, as well as safety if we are to compare it with the outgoing model. Now, how does it feel to drive it?

Let us address the elephant in the room first - since it is powered by a naturally-aspirated engine, the Harrier is not as punchy or as eager at low revs as its predecessor anymore. However, it is also anything but slow.

The SUV still goes past the speed limit effortlessly and has enough power to enjoy some proper high speed cruising, but takes slightly longer than its predecessor, that's all. Plus, it is a model that is targeted towards a very matured crowd who prioritise luxury and comfort over everything else. So, based on our experience, the 173 PS and 203 Nm feels just about right. Thanks to the new TNGA platform, handling is also impressive with minimal body roll and weight-shifting while cornering. In typical Harrier fashion, the level of refinement and build quality is also almost on par with what you get in a Lexus.

Reminding us that we're in no ordinary Toyota are the "Harrier" emblems that are embossed on the door panels, the heated/ventilated seats, as well as features like the electro-chromatic glass roof. 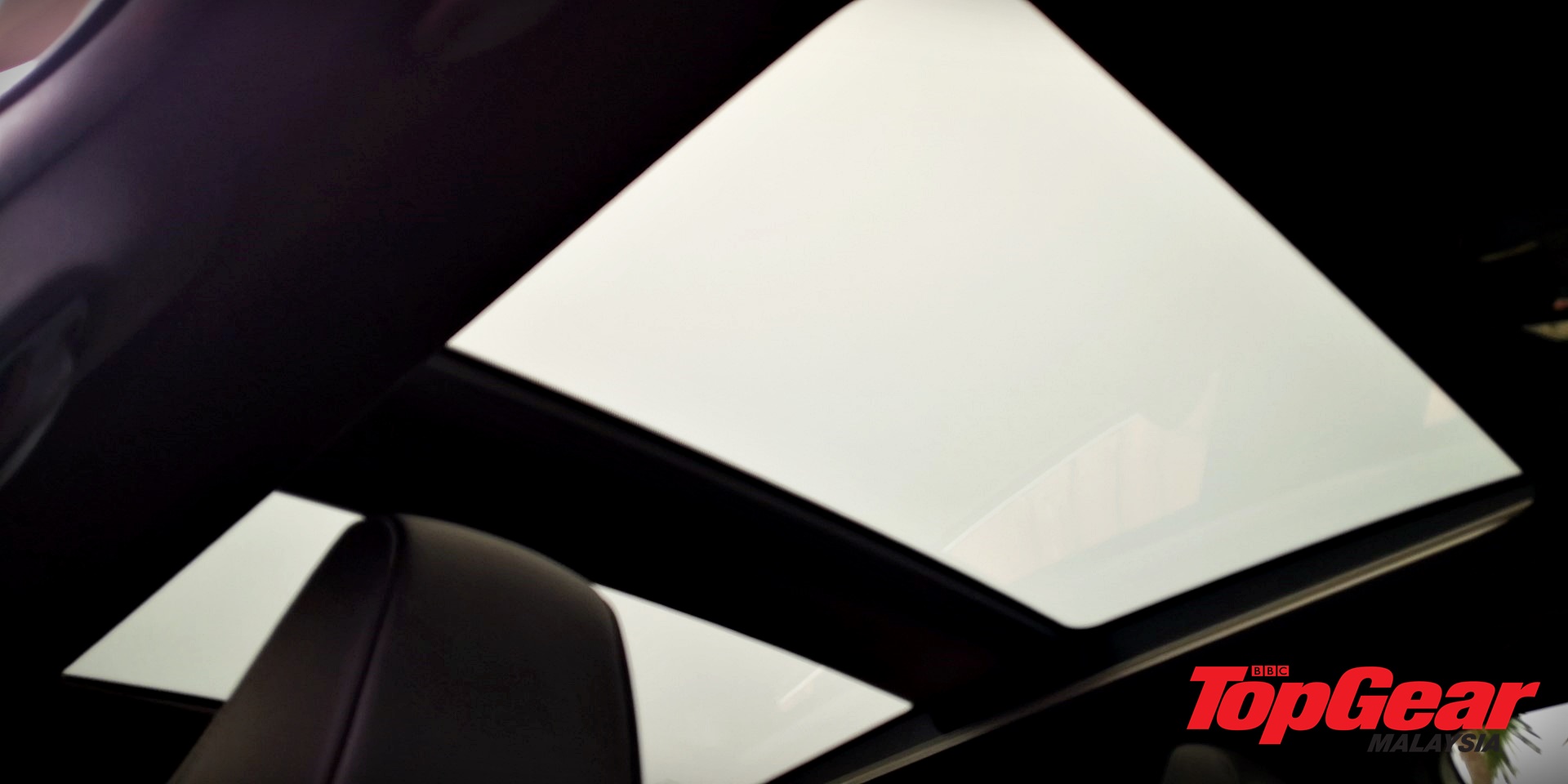 In all, the new Harrier is a lovely vehicle to be in - refined, spacious, super comfortable, and luxurious. However, the fact that everything is black in the cabin makes it look a tad plain.

You can opt for a Brown-Black combination but the seats are still black. If only the seats can be clad in Brown, Burgundy, or Beige leather like what Lexus has, the Harrier's interior will look way more high-class than it already does now.

In all, the Harrier is still unmistakably, a Harrier. The level of luxury, comfort, refinement, and reliability that it is known for, is still there. It may not be as powerful as its turbocharged predecessor but it still produces decent amount of power. 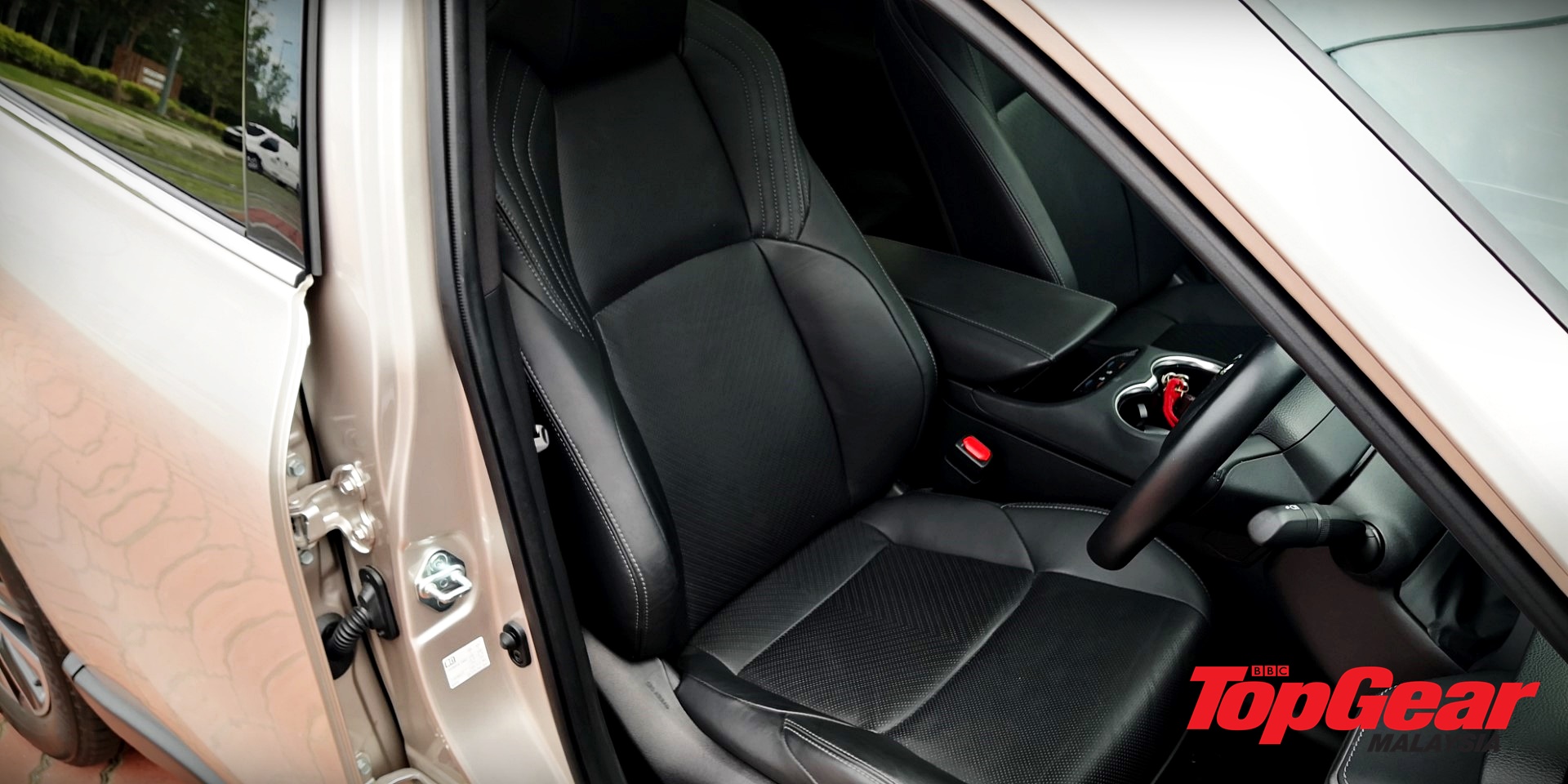 In fact, its sharp new looks and the list of standard features actually overshadow the fact that it less powerful now. So, if you're looking for a luxurious Japanese SUV that turns heads, makes a statement, and doesn't cost as much as a Lexus or a German SUV, look no further. 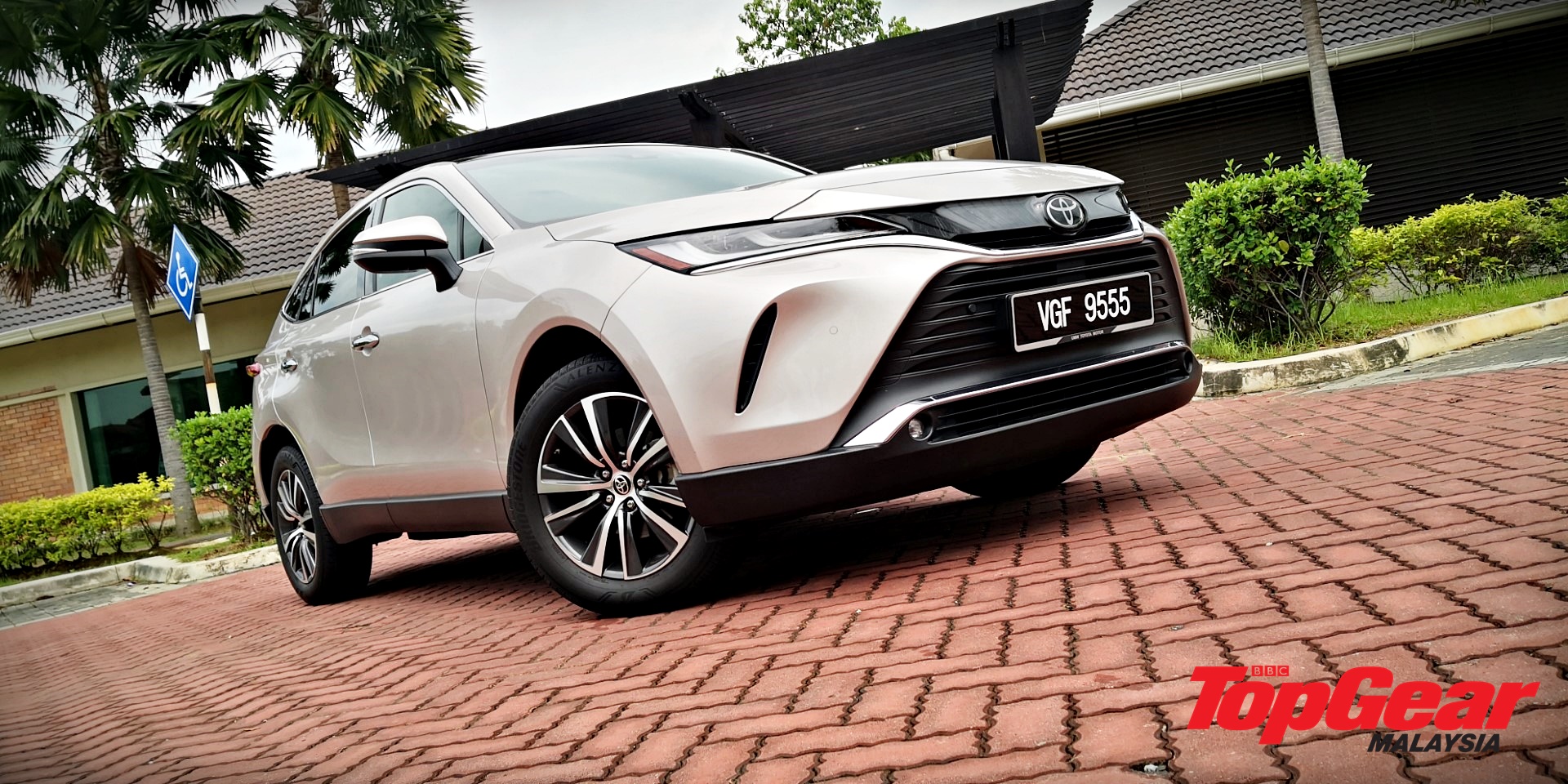 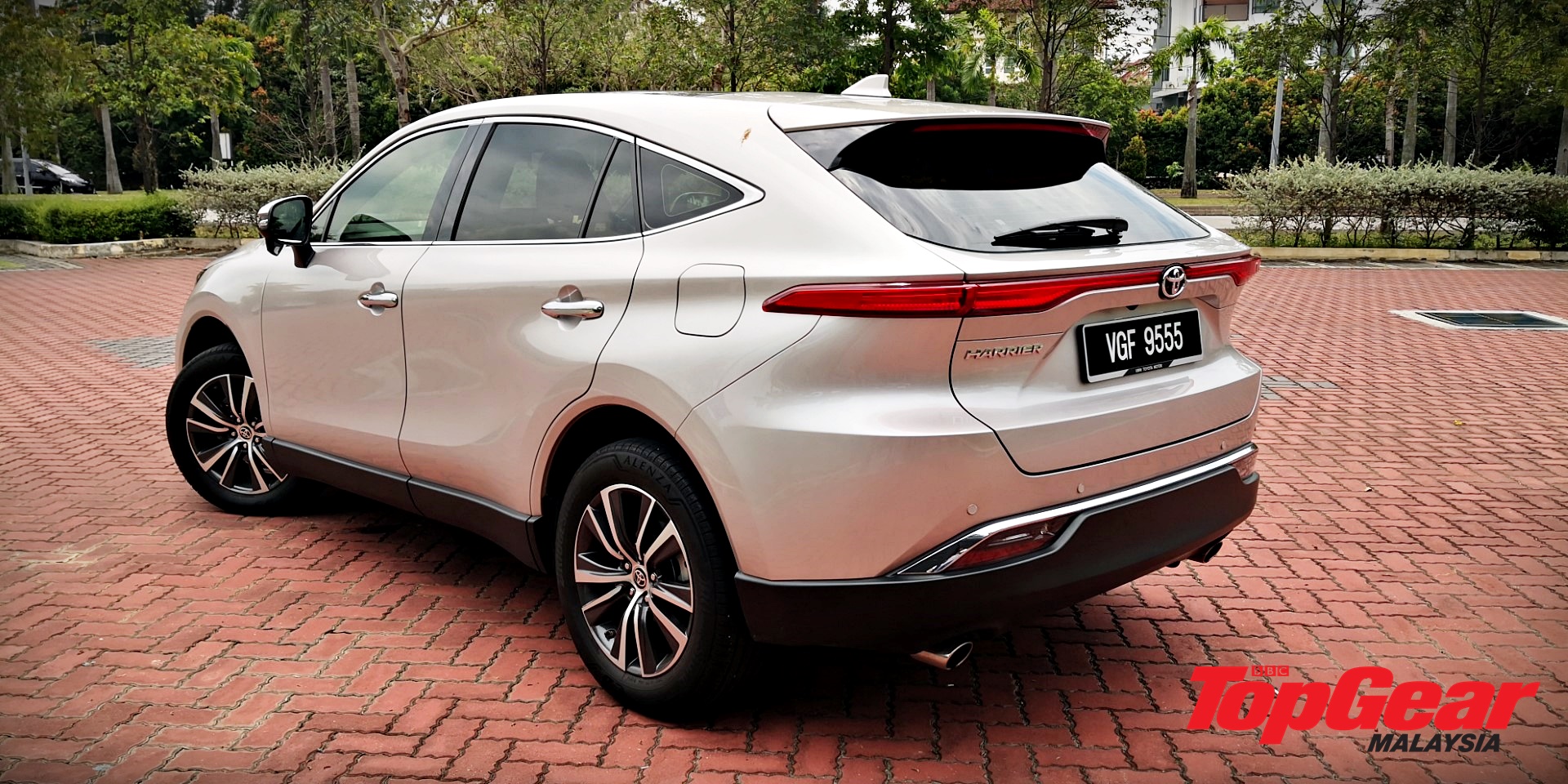 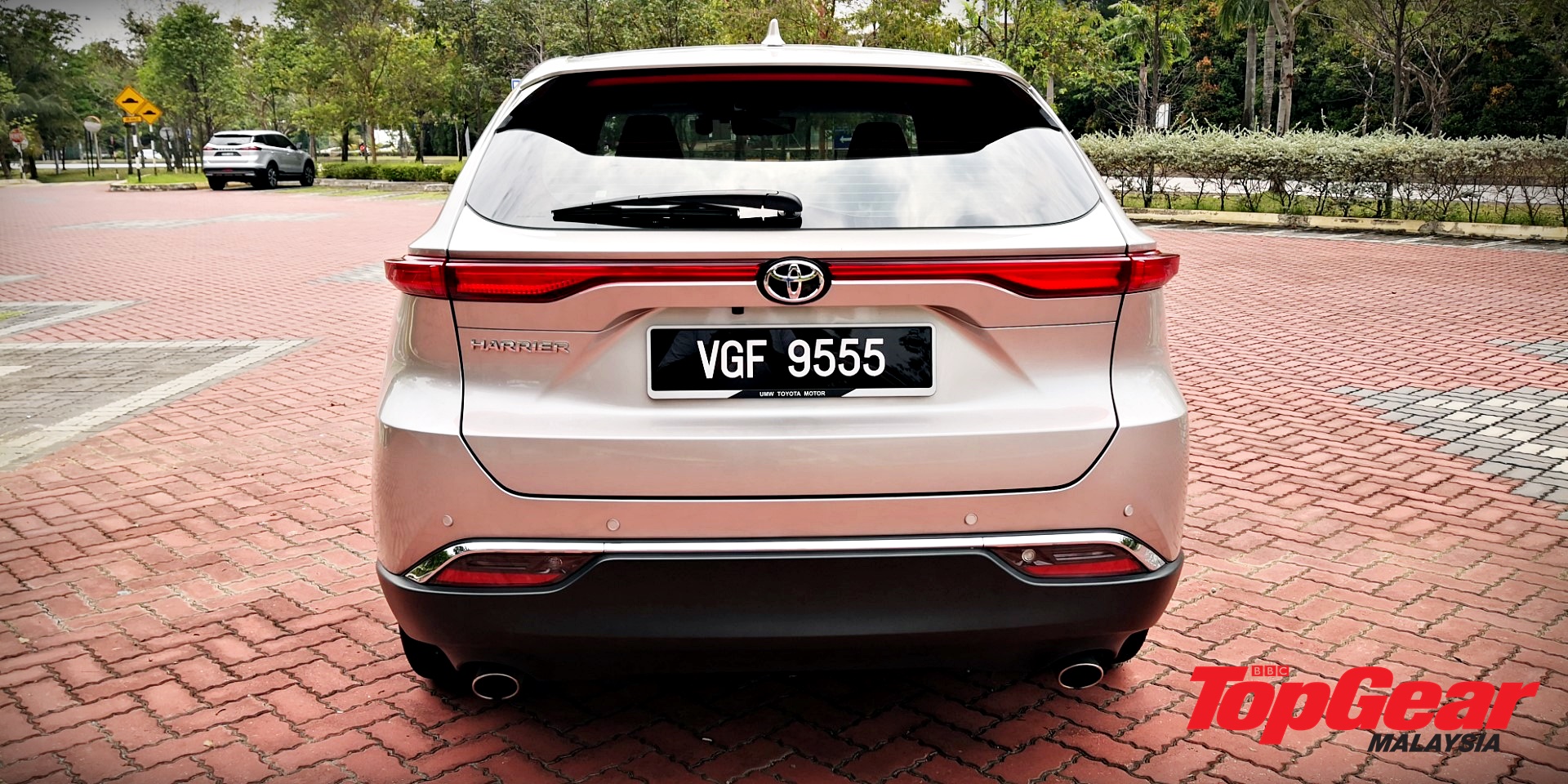 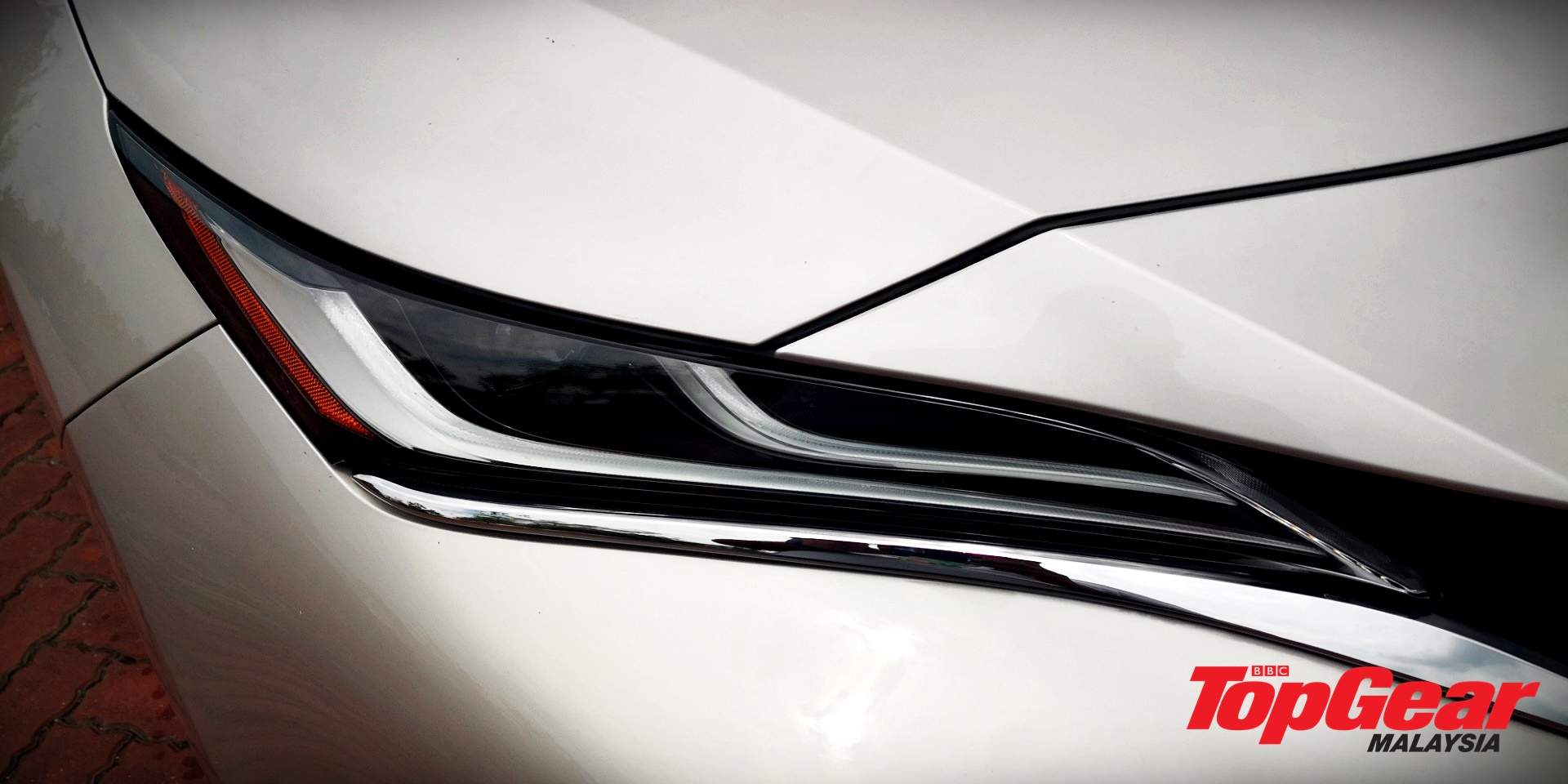 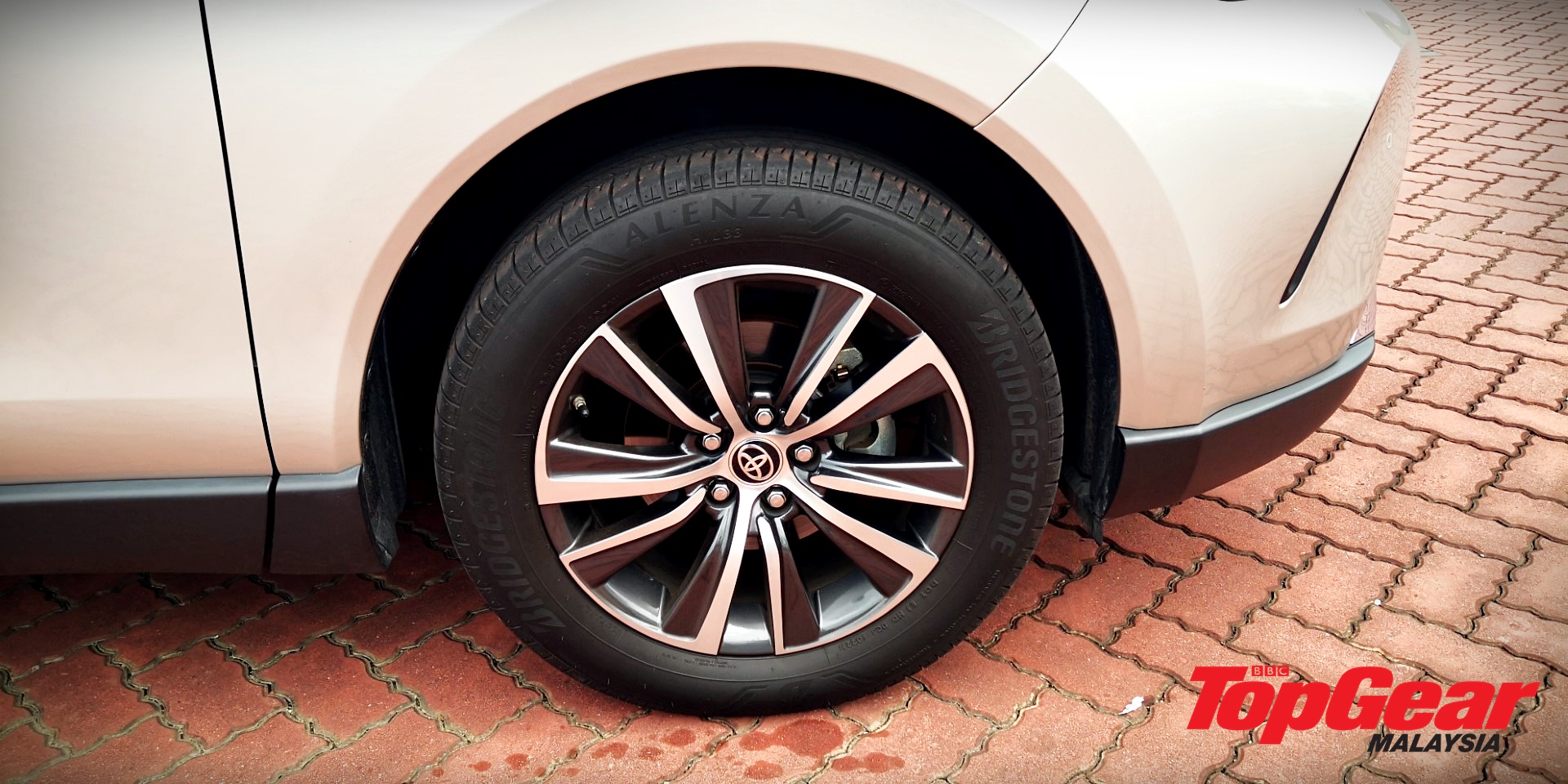 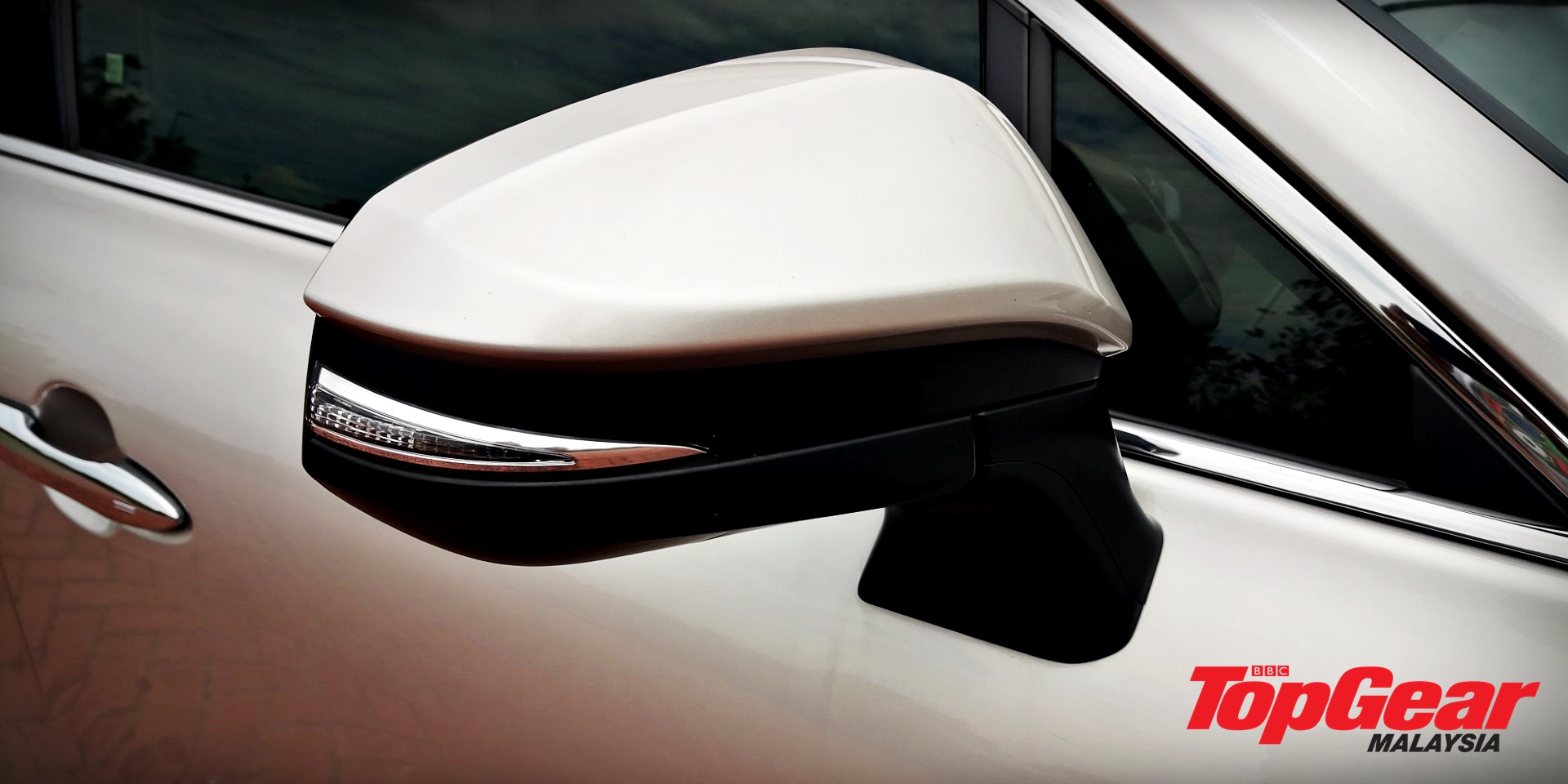 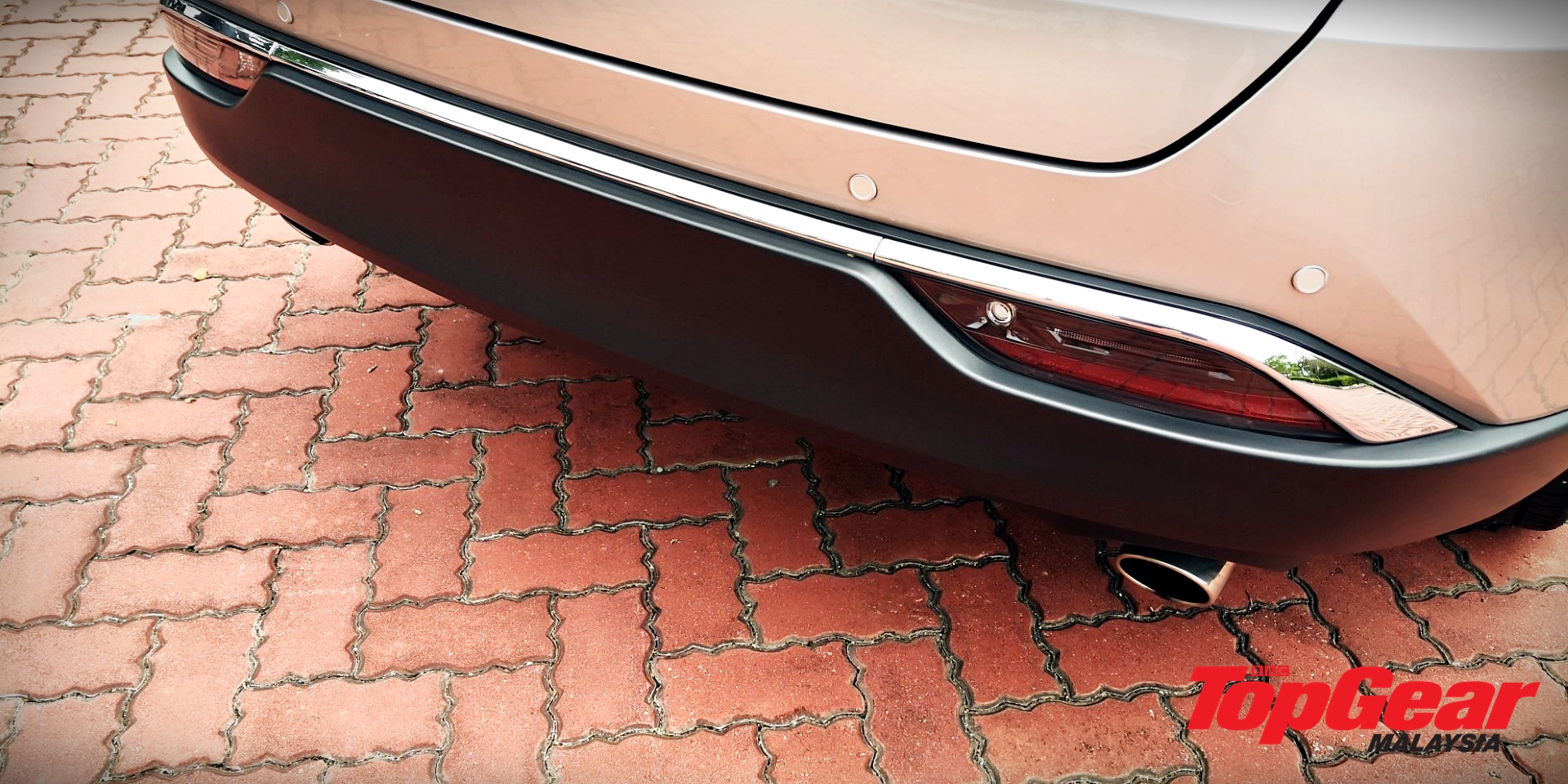