Opinion: is it wrong for the Le Mans finish flag-waver to stand on the circuit?

Opinion: is it wrong for the Le Mans finish flag-waver to stand on the circuit? 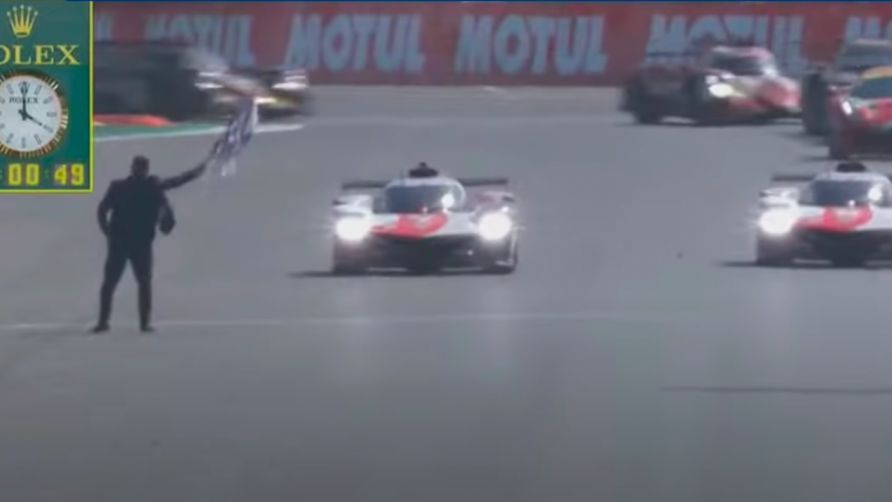 You might have seen the clip on social media by now. It's not an easy watch.

It's the final lap of the 24 Hours of Le Mans. The chequered flag waver is stood amid the circuit itself, on the pit straight. It’s a tradition stretching back decades, as the victorious drivers usually cruise through in a formation finish. What a photo op for your Instagram profile pic.

But while the Toyotas took their dominant 1-2 finish at a relaxed speed, there was a battle royale going on behind. After the leading LMP2 car cruelly broke down after 23 hours 56 minutes of racing, two teams suddenly had a chance of class glory, and were fighting right to the line.

Which meant, as the Team WRT car lunged for the line at top speed, dodging slower GT cars in its path, Monsieur Flag had to dance out of harm’s way while the driver spent his moment of glory flitting his car left, away from the tablecloth-shaking human finish line. The two LMP2 racers finished 0.7sec apart after a day of racing.Fortunately, no harm done besides some brown-stained racing overall. But it wasn’t a good look for Le Mans.

So, is it time to bin off the traditional on-circuit flag-waving routine? It seems incongruously dangerous when so many other measures have been taken at Le Mans (and throughout motorsport as a whole) to make the business of racing very fast cars as safe as possible for drivers, pit crew, marshals, and spectators.

There’s a historical precedent here. For many years, the 24 Heures du Mans began with a classic ‘Le Mans start’. The cars were lined up diagonally along the circuit’s edge in qualifying order, and at the drop of a flag, drivers ran to their car from the opposite side of the track, leapt inside, started the engine and roared off. 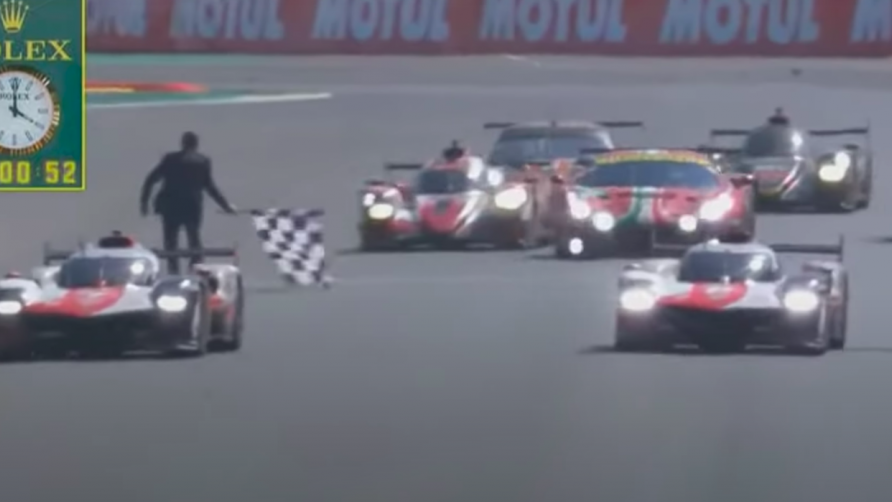 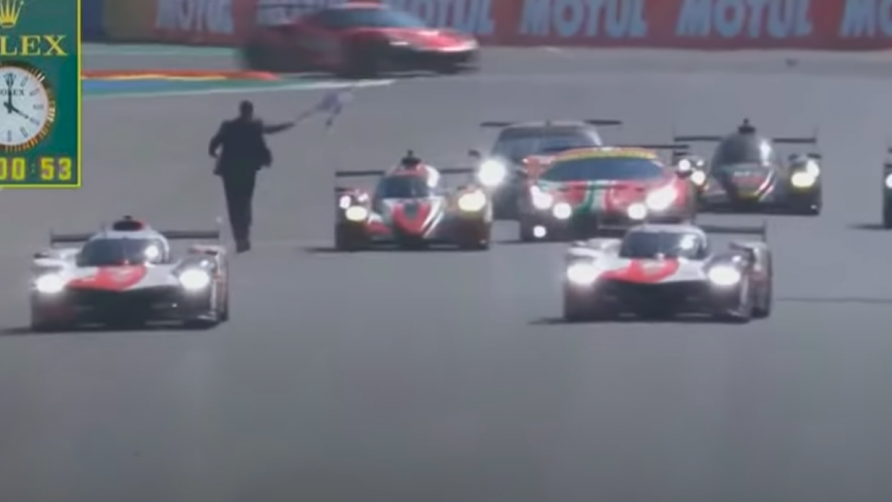 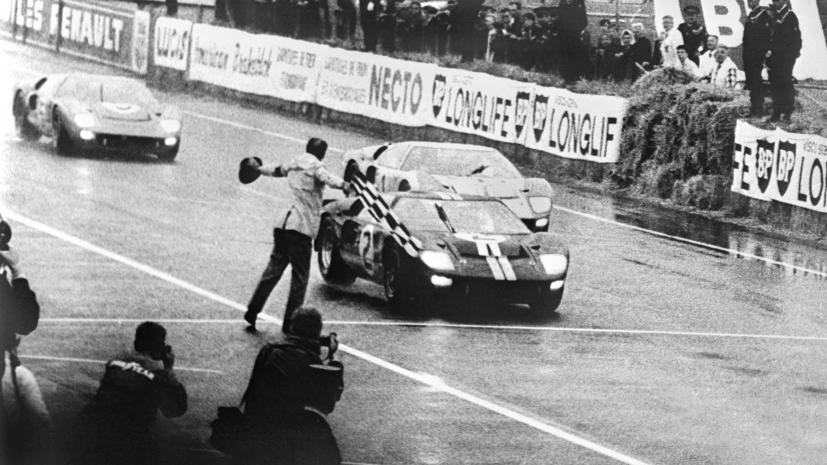 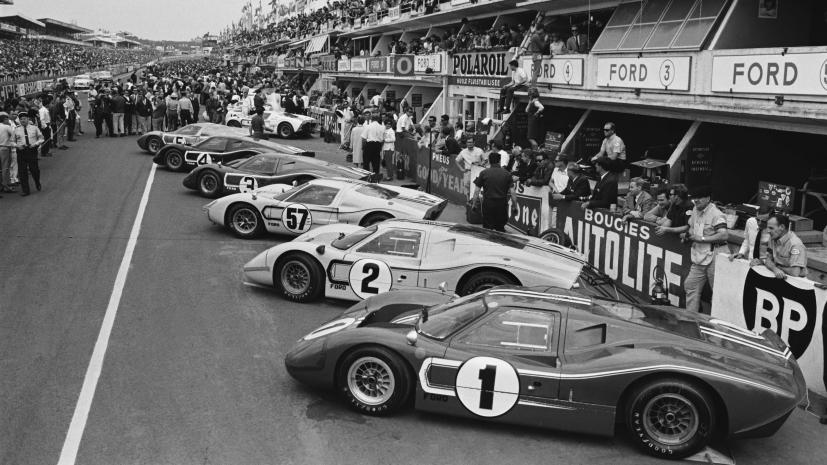 It’s for this reason that to this very day, Porsches have their ignition key on the ‘outside’ of the steering wheel, next to the door. It was reasoned that this arrangement allowed a Porsche racing driver to turn on the engine with his left hand while slotting first gear with his right hand, saving a precious second or two of fumbling. And Porsche holds the record for Le Mans wins, so they know their onions.

Problem was, in their haste to get the jump on rivals, drivers would often set off without having latched their door or even done up their seatbelts – often with inevitably tragic consequences.

In 1968, Belgian driver Willy Mairesse lost control of his Ford GT40 on the Mulsanne straight at over 241 kph, while trying to close the door which had failed to latch at the start. After the crash he fell into a coma, and though he survived, the injuries ended Mairesse’s racing career and he took his own life the following autumn.

The rules, however, didn't change.At the 1969 Le Mans, fellow Belgian Jacky Ickx staged his infamous protest walk when the flag fell. As the whole field sprinted to their cars and screeched away, Ickx walked calmly towards his GT40, settled inside, shut the door and meticulously clipped his belts before setting off last. He and his teammates would go on to brilliantly win the race a day later.

Meanwhile, a privateer Brit racer named John Woolfe crashed horribly a little more than halfway round the first lap. His Porsche 917 flipped, disintegrated and Woolfe was thrown from the cockpit, suffering fatal injuries. He hadn’t belted himself in at the race start.

1969 – the year of Ickx’s dignified protest – was to be the last ever traditional Le Mans start. The spectacle was abolished. From 1970, drivers began the race already belted into their cars.
So Le Mans has previously wrestled with the hallmarks of nostalgia versus the common sense of acceptable risk. When it comes to the finish line saga, is it now time to change the routine?