Sensible? G-Wagen? Say it ain’t so.
Mercedes only offers two types of G-Class (not Wagen, anymore…) in the UK. For now, anyway. There’s the big-selling V8-engined AMG G63, which is as fast and preposterous as it is lovable, and then there’s this, the G350d.

The introvert’s G – which is in effect the entry-level G-Class, even though it’s expected to cost around £94,000 (RM498,000) when it goes on sale in January – comes with the excellent 2.9-litre straight-six diesel engine you can also get in the E- and S-Class, and a smooth-shifting nine-speed automatic gearbox. It’s got more power in those, though. The G has to make do with 282bhp and 601Nm, whereas the E and S get 335bhp and 700Nm.

Less than half the power of the G63? Does it move?
We’re not sure why Mercedes didn’t give the G the more powerful diesel, it’s the same engine after all. Just with more grunt. Can’t be anything to do with the chassis not being able to cope, because well, just look at the 63. And it can’t be a cost thing because the 350 is already nearly £100K, so what difference is another few grand going to make?

Whatever the reason, it’s a shame. Mercedes promise 0-100kph in 7.4 seconds and a 200kph top speed, and those numbers seem pretty optimistic from behind the wheel. Could be the fact you’re looking out over the same dashboard, at the same set of dials and those same wing-top indicators as you do in the 63, and therefore expect the same kind of acceleration. Or it could be that it weighs 2,376kg. Which is a lot.

Either way, it’s not slow and it doesn’t struggle exactly, because there’s loads of torque, but there will be occasions where you need a little more pull than the engine can provide.

We’re not sure why Mercedes didn’t give the G the more powerful diesel, it’s the same engine after all. Just with more grunt.

Bit wafty, then?
Exactly that. After the G, the next big SUV I drove was the new BMW X5. And it just goes to show that while the new G is, despite appearances, a completely different car than the one it replaced, it still has some of those old-school tendencies. Still isn’t entirely the same as a modern unibody SUV.

The steering is slower and heavier than in most modern SUVs, and the upright shape of it means there’s more wind, road and engine-noise too (the diesel seems louder in the G than it does in the E). But this is not really an X5 competitor.

Not a competitor for anything, actually. It’s more of an indulgence – objectively compromised because of what it is (the ladder chassis still gives a bit of shimmy on rough roads, for example, but is hardy as anything), but capable and charming enough you won’t really care. Mercedes builds an X5 competitor – and the G-Class isn’t it.

You tend to drive the 350d quite slowly, quite smoothly. Slowing well in advance of corners, tip-toeing around them then surging out the other side on a wave of torque. There’s nothing to be gained by trying to drive it quickly. Leave that to the 63, with its tuned suspension and steering. The 350d is for bumbling, and not necessarily on roads, because there’s still those three diff-locks, still that unrivalled go-anywhereness inherent in all Gs. Even that ridiculous Landaulet thing from last year.

What’s going on inside?
Same as the AMG – with a less aggressive steering wheel and what feel like comfier seats. Leagues ahead of the old G – with modern infotainment, actual space for passengers (and your elbows. And mobile phone) and heated leather everything. It’s not the most practical of SUVs – the frame-based construction limits it in that regard – but you’d still stick your family in one. And your kids will love the massive amounts of glass for them to gurn out of.

So, should I save my money and buy this instead of the 63?
Well, the odds are if you can afford one, you can probably afford the other, and to run and maintain them regardless of how much fuel they drink. As the G-Wagen is something of an indulgence anyway, you might as go the whole hog and get the 63. That said, there is a place for something as capable as the G-Wagen but without all the trinketry that attracts owners Mercedes probably wish it wouldn’t. 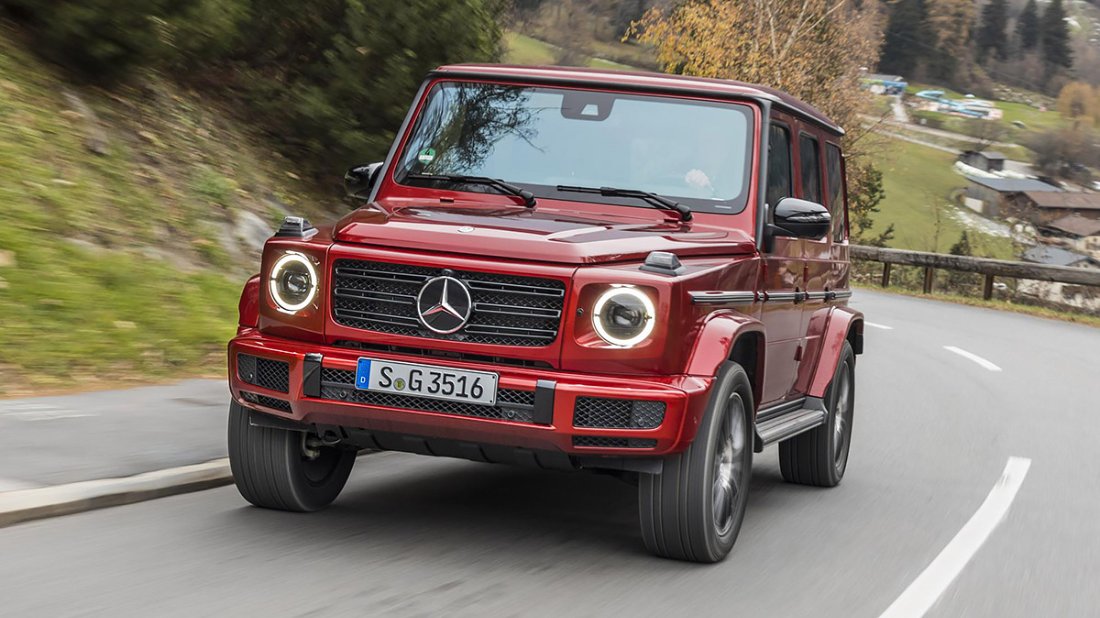 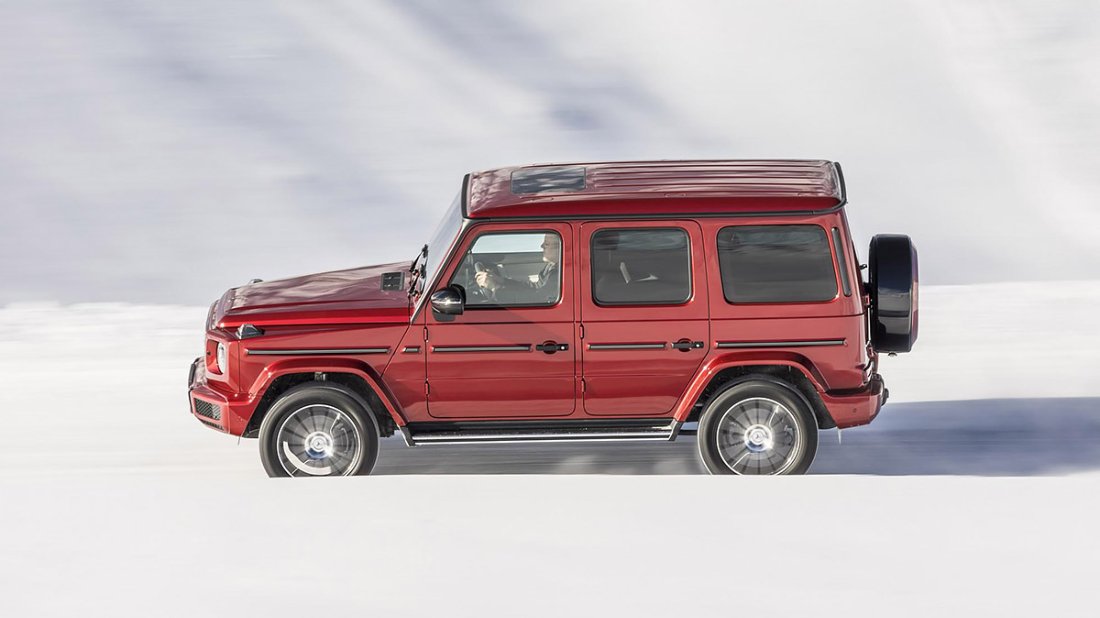 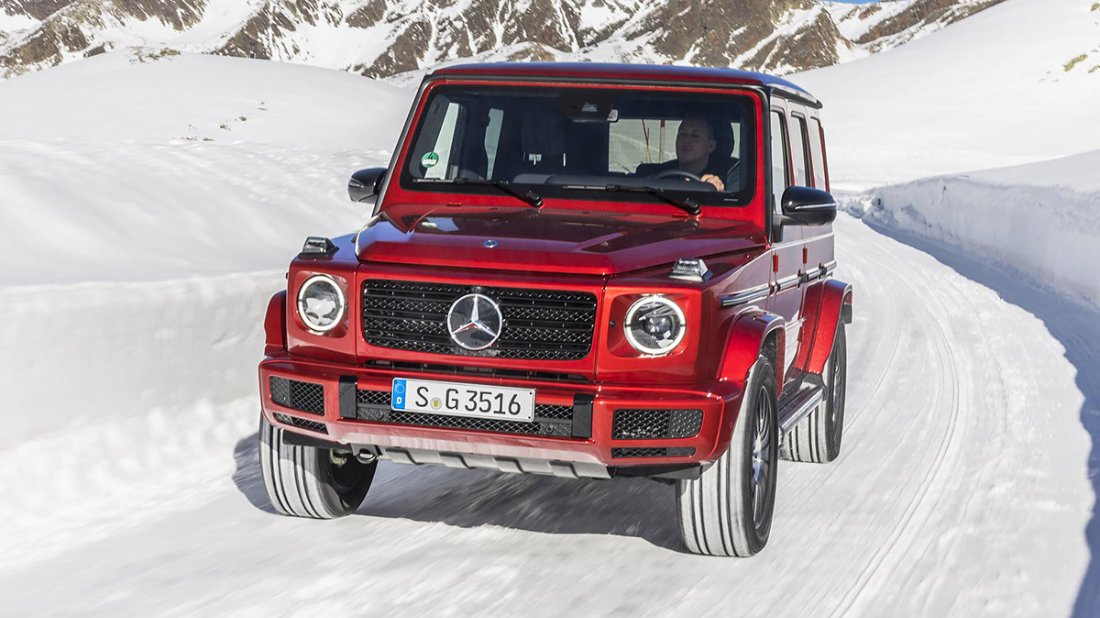 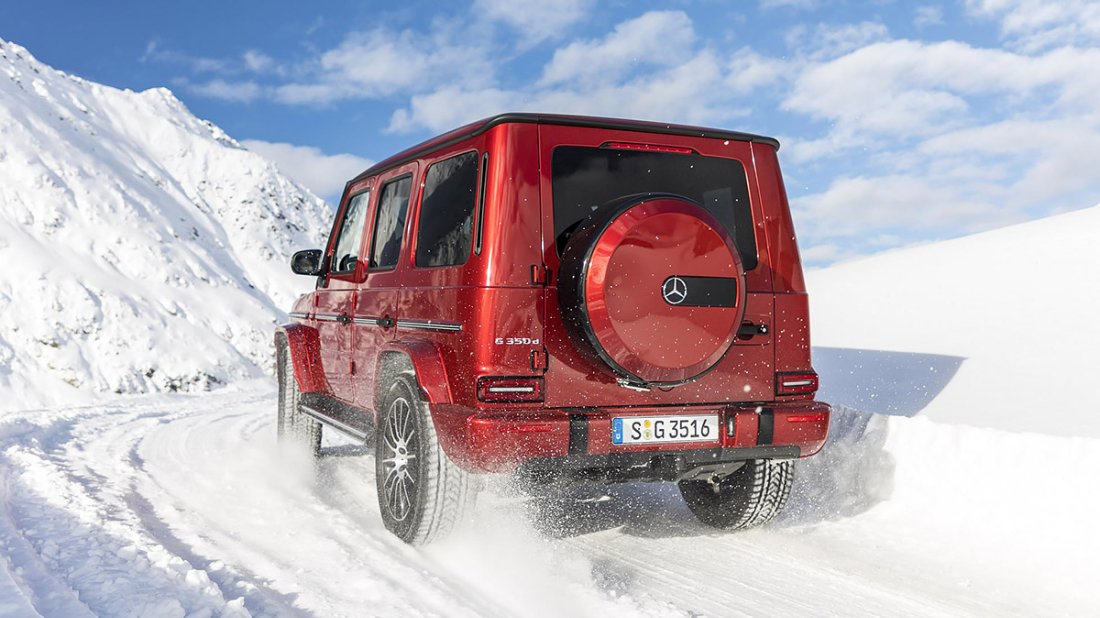 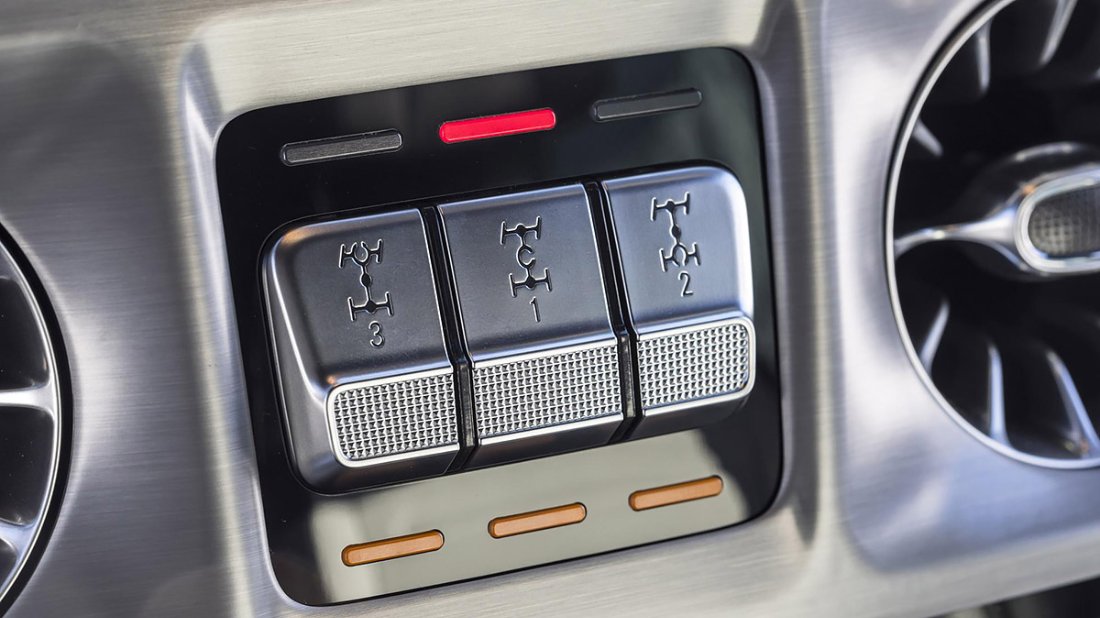 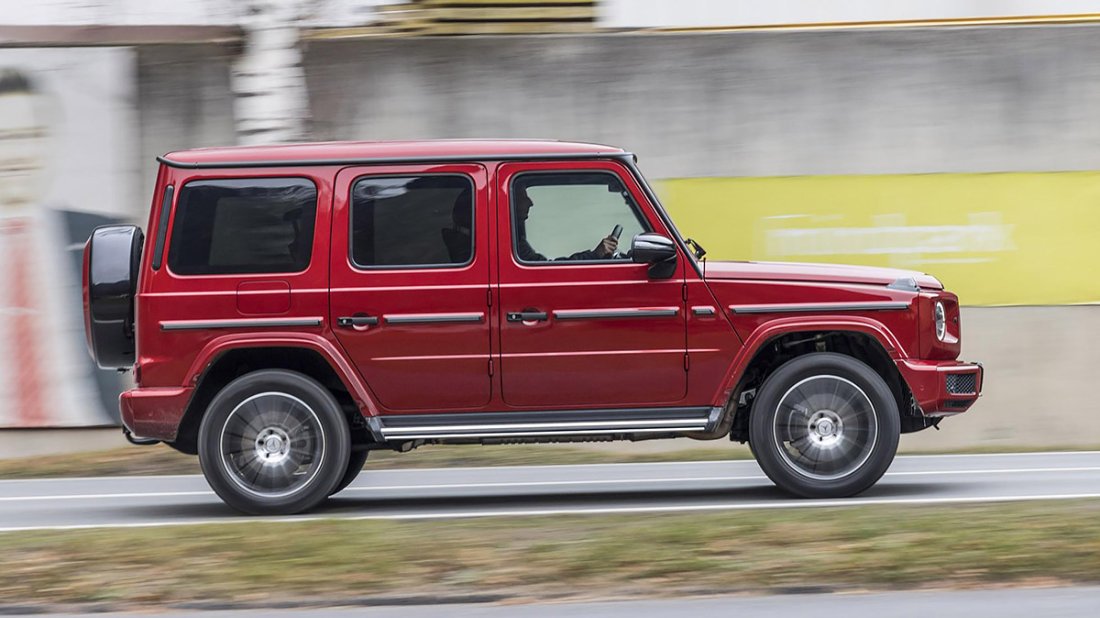 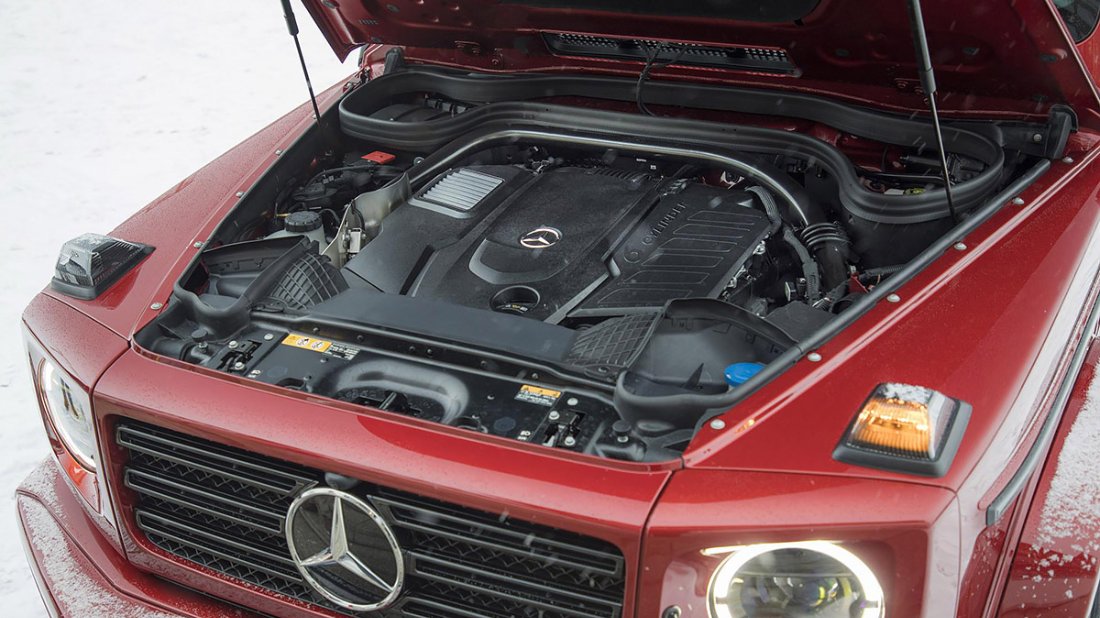 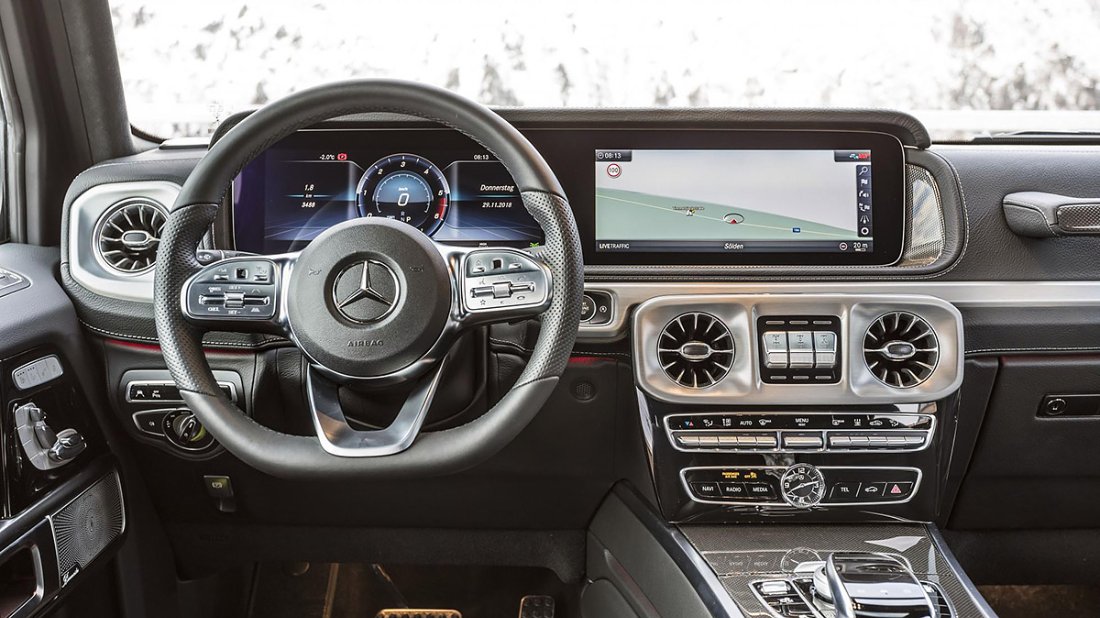 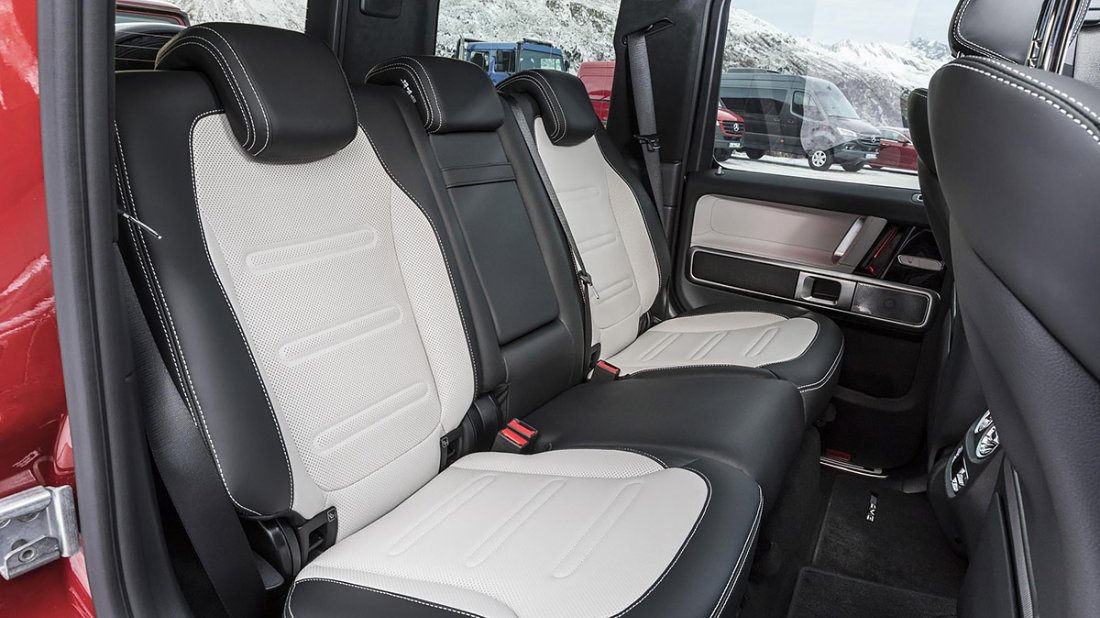