Mercedes-Benz CLS review: a sedan in a designer suit 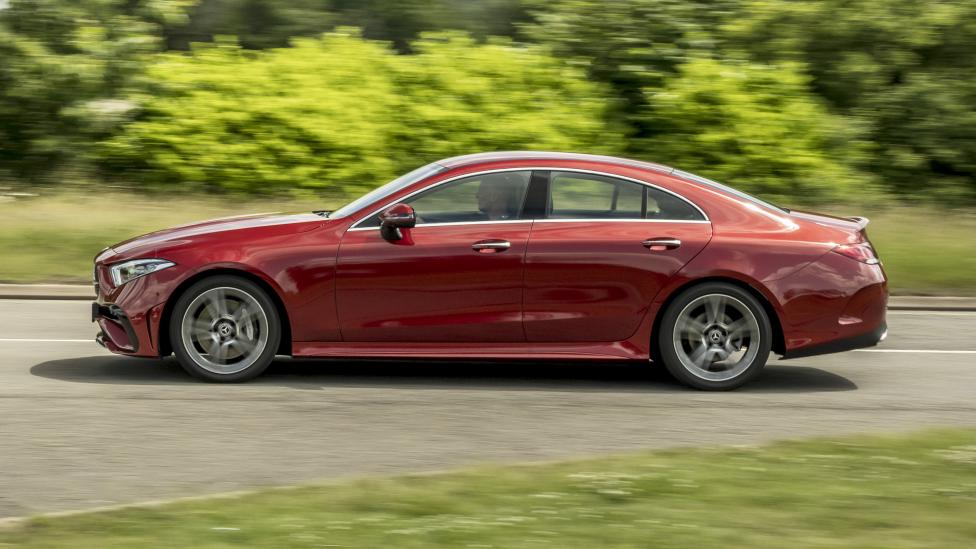 It was with the first-generation CLS that Mercedes claims to have pioneered the concept of a car that “combines the elegance and dynamism of a coupé with the comfort and functionality of a sedan”. In other words, a swoopier alternative to a traditional sedan, or a marginally more practical alternative to a two-door coupe.

When the CLS was revealed in 2003 it was unlike anything we’d seen from Audi or BMW. It hadn’t yet occurred to them that they could take the relatively humble underpinnings of a conventional three-box sedan, change the body for something more stylish, add 20 per cent to the RRP and, crucially, that their customers would lap it up. Mercedes got there first and, for a while, had things all its own way.

But it was only a matter of time before the others caught up. Before long Audi came out with the A7, BMW the 6 Series Gran Coupe (now 8 Series Gran Coupe) and Porsche with the Panamera. Then BMW did the X6, and the coupe-ifying craze spread to SUVs too. Suddenly there were options. So nowadays the CLS, which is based on the E-Class and has just been facelifted for 2021, has to work a bit harder to justify its spot in Mercedes’ line-up. 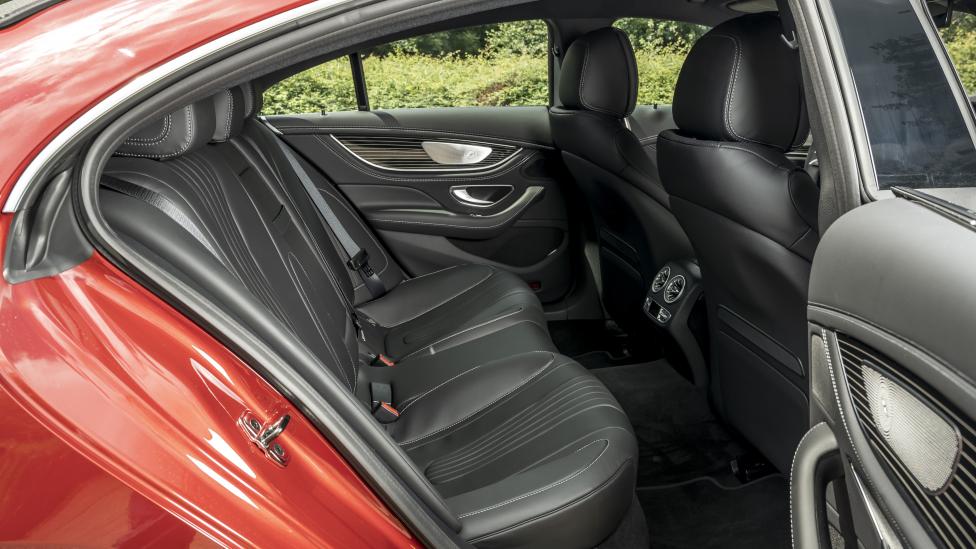 Not a huge amount, if we’re honest. The new CLS gets lightly revised styling, a new steering wheel with touch-sensitive controls, updated infotainment and driver assists as well as more colour and trim options to bring it into line with the recently-updated E-Class. 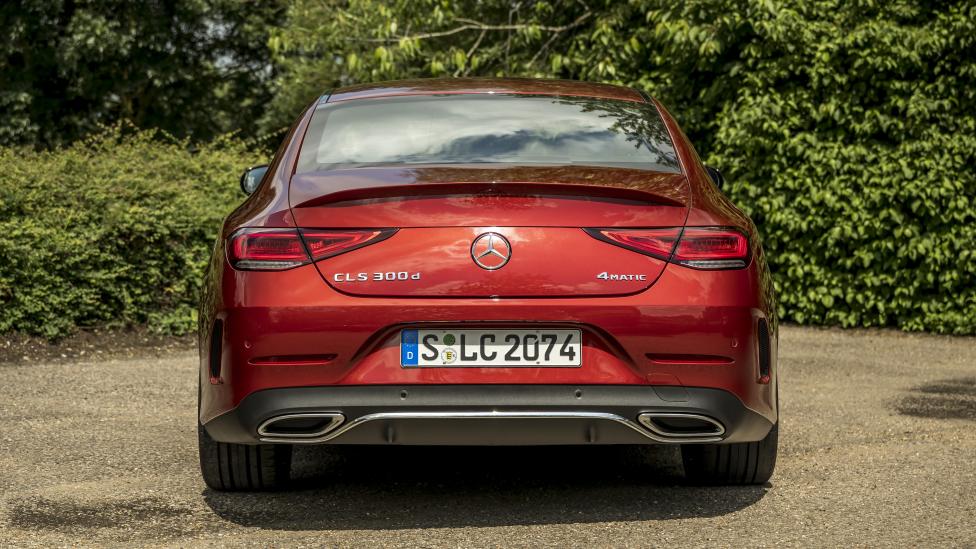 WHAT ENGINES CAN YOU GET?

All engines come with a nine-speed automatic gearbox and 4Matic all-wheel drive. There is no V8-powered AMG version – because the AMG GT 4dr exists – and nor is there a plug-in hybrid.

HOW MUCH DOES THE CLS COST, AND WHEN CAN I BUY ONE?

The facelifted CLS ought to go on sale in October, and UK cars will only be offered in a single spec called “AMG Line Night Edition Premium Plus”, which gets pretty much everything as standard. We’re talking dual 12.3-inch screens, trick LED headlights, a head-up display, 360-degree cameras, wireless phone charging, a Burmester stereo and tri-zone climate control. The CLS53 adds air suspension, a sports exhaust, big wheels and various other AMG goodies. 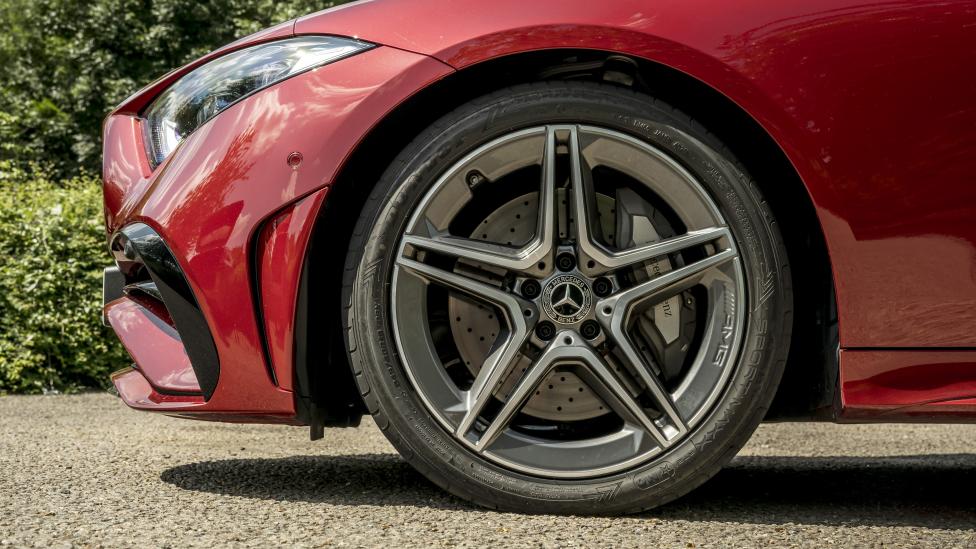 “A very capable all-rounder that has something to offer just about anyone who might conceivably be interested in it, but not without fault”

The platform on which it’s based, and the technology, engines and expertise to which Mercedes has access means it would have had to try awfully hard to screw this one up. Like the Audi A7, the CLS is more of a luxury limo in a designer suit than it is a sportier version of an existing, conventional sedan.

But that’s OK – it’s a very capable all-rounder that has something to offer just about anyone who might conceivably be interested in it. But it is expensive. An E-Class is just as technically capable, has largely the same interior and is more practical. Doesn’t look as cool though. 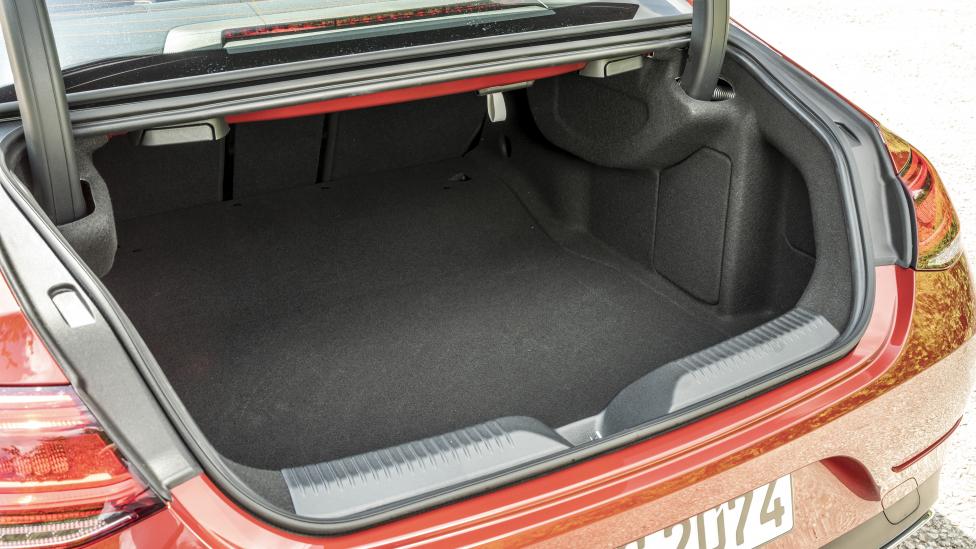 You’ve a choice of two engines (not including the AMG, which we’ll cover later), both of which we’ve driven before in other recent Mercedes, and both of which are very good indeed.

The entry-level CLS gets Mercedes' familiar 2.0-litre four-cylinder diesel, this time supplemented with a 48-volt mild hybrid system. Four-cylinder diesels aren’t known for their refinement – things have gotten so much better in the last few years, but still most have a van-like, canal boat-y quality to the way they chug along. But Mercedes’ 2.0-litre oil-burner is among the very best around. Maybe even THE best, and given the direction things are going, the best there will ever be. Quiet, refined, punchy (0-100kph in 6.4 seconds, 250kph max) and economical (up to 5.8l/100km, and as little as 153g/km of CO2) – it really does the business.

But the CLS is an expensive, luxury car that deserves an expensive, luxury engine. And four-cylinder motors, however refined and regardless of whether they’re powered by petrol or diesel, always feel like the cost-efficient, practical option. Which is why the engine you should get in your CLS, if you can stretch to it, is the CLS400d’s lusty in-line six-cylinder diesel with 335bhp/700Nm.

The only ‘normal’ CLS we’ve driven post-facelift is a German-spec C300d, meaning it was fitted with air suspension that in the UK is only available on the CLS53. UK diesels will get something called “lowered comfort suspension”. Remains to be seen whether it can deliver the kind of ride quality you’d expect in a big, expensive Merc sedan. 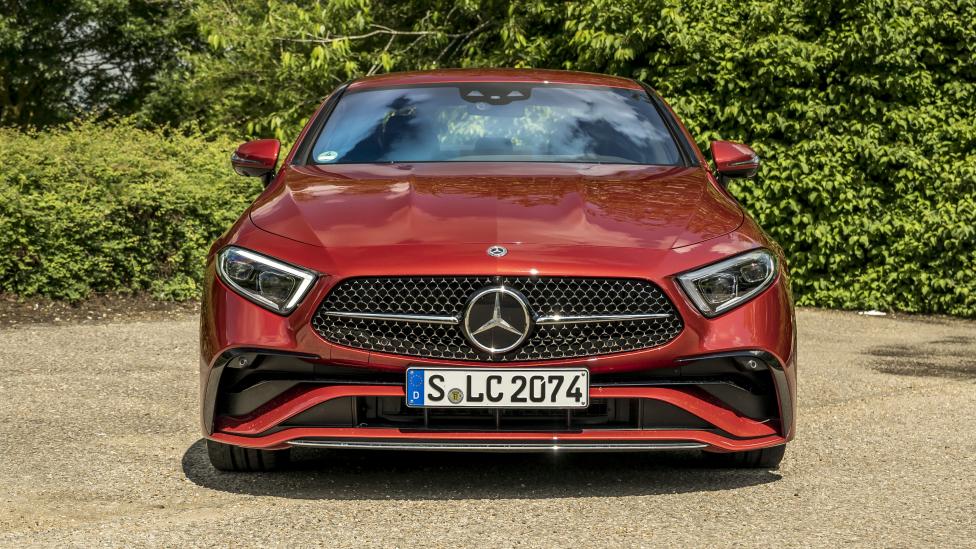 IS IT SPORTIER THAN AN E-CLASS?

Not really, no. The CLS is billed as svelte luxurious GT, more at home on fast, flowing A-roads and motorways than it is tight and twisty B-roads. But that’s fine. The CLS doesn’t fall to pieces when you drive it quickly, but it’s obvious it was designed for an altogether different kind of driving. At least the nine-speed auto almost always behaves itself and the steering, accelerator and brakes are all well-suited to smooth driving.

HOW ABOUT THE FAST ONE?

Now, the AMG. Long gone are the days Mercedes numbered its cars for the engine under the bonnet. The CLS53 does not have a 5.3-litre engine. It doesn’t even have eight-cylinders, turbocharged or otherwise. If you want an eight-cylinder Mercedes coupaloon, you’ll need to look at the AMG GT 4dr.

No, 53s have six-cylinder engines of the inline variety, complete with 48v electrics giving 22bhp of boost and an electric compressor. It acts as a second turbocharger, filling in until the larger, conventional turbocharger has had a chance to spool higher up the rev range. With 429bhp and 521Nm, you’ll see 0-100kph in 4.5 seconds and if you spec the AMG Driver’s Pack, 270kph.

Fast car. And quite likable. The CLS53 is a credible sports sedan that strikes a good balance between handling and comfort – an AMG 63-lite that doesn’t feel too fast. 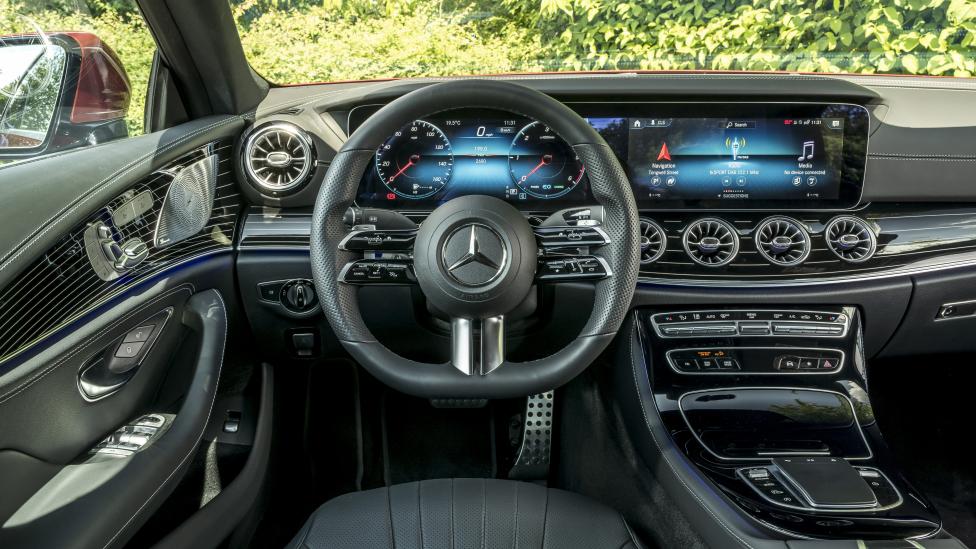 Much like the E-Class in here, which is no bad thing. The basic architecture of the dashboard is the same – with two 12.3in screens operated either by annoying touchpads on the (new) steering wheel, a trackpad on the centre console or with Mercedes’ clever voice assistant (which gets better every time we sample it). You can even prod the screen yourself – but it’s a bit of a reach.

Our preferred method of operation is with the trackpad – it’s not as good as BMW’s clickwheel for iDrive, but make the most of it while it’s there. The ‘MBUX’ infotainment system itself, here on a landscape screen instead of the portrait touchscreen in the new S-Class and C-Class, is easy enough to wrap your head around and offers much in the way of functionality.

The CLS53 gets a special AMG-spec steering wheel with two little modules. One is a wheel for swapping between different drive modes (or you can push it in for the configurable ‘Individual’ mode), and the other can be customised to control various different things – from man/auto modes for the gearbox, toggling the start/stop system, stiffening the suspension and so-on. AMGs have had these controls for a while, but they used to feel a bit flimsy. Now they feel proper, and make switching drive modes easy as.

All the materials feel suitably solid and expensive, which is more than can be said about the new C-Class. And if you need to expand the 520-litre boot those rear-seats – which are pretty spacious considering, though headroom could be better – fold in a 40:20:40 split. 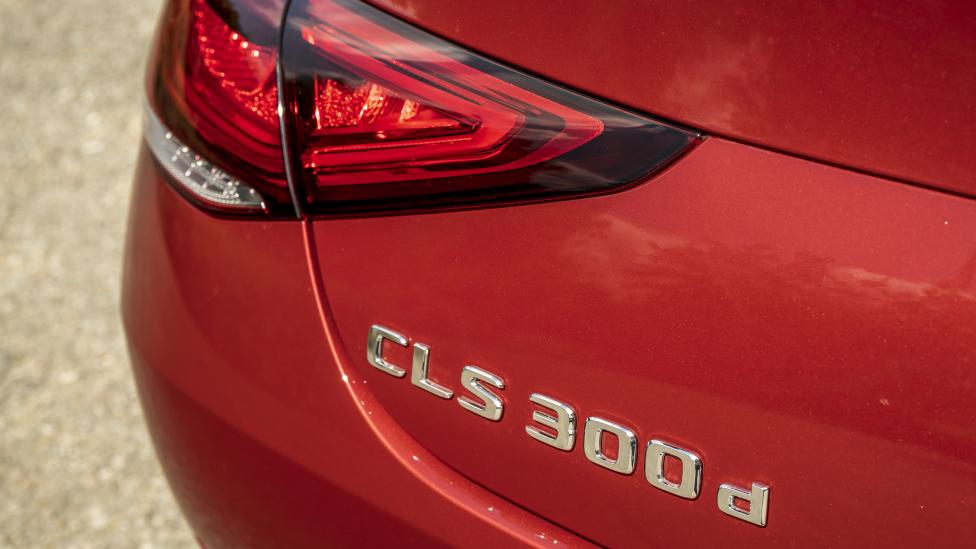 Mercedes releases full pricing for the facelifted CLS in October, so we’ve still got some time to wait before we can tell you exactly how much buying or leasing one of these things is going to cost. But we can make an educated guess or two.

We do know that the UK market's facelifted CLS will only be available in one trim level called “AMG Line Night Edition Premium Plus”. There is no entry-level spec that does without the fancy stereo and makes do with 18- instead of 20-inch wheels – every new CLS that leaves the showroom will be loaded to the gunnels with kit. Standard spec will include dual 12.3-inch screens, trick LED headlights, a head-up display, wireless phone charging, tri-zone climate control, a Burmester stereo, 360-degree cameras, a sunroof and keyless go/entry. The CLS53 adds AMG-specific goodies like air suspension and a rorty exhaust.

A ‘Driving Assistance Package’ that buys you Merc’s latest active safety kit will be optional, though no doubt the CLS will be well specified in that area regardless. 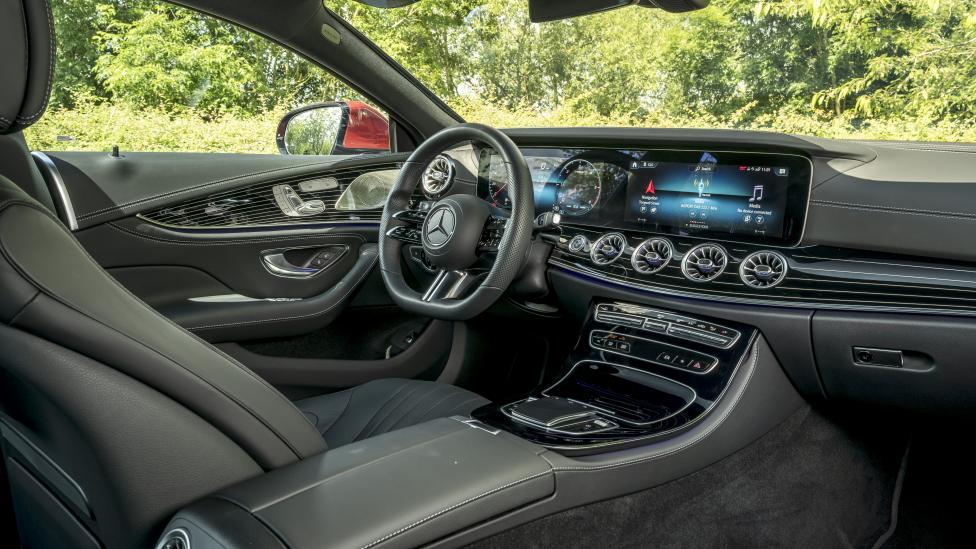 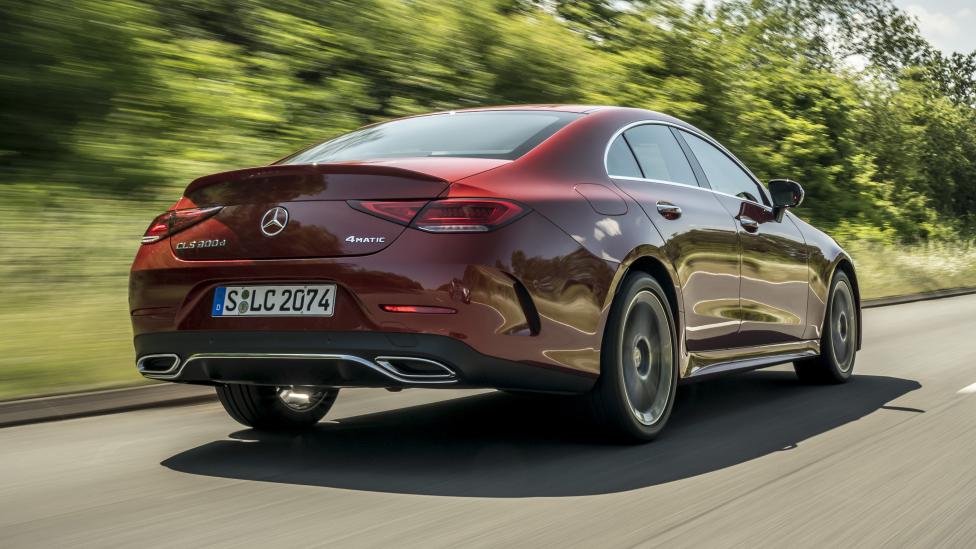 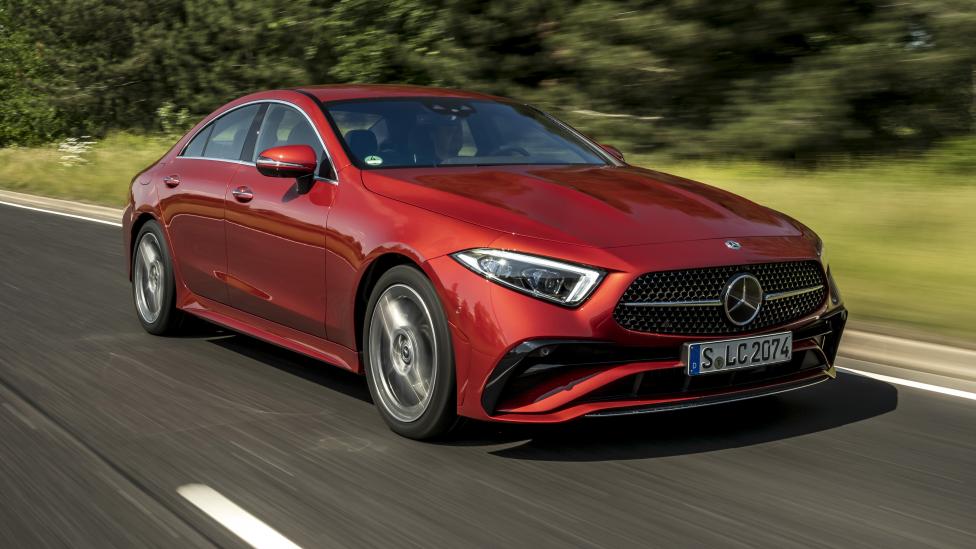