The funny thing is, it’s not. Well, not unless you’ve provoked it by ramping up the settings of its 22 steering wheel buttons and flicking the leftmost of the two paddles tucked behind.

It’s the updated Mercedes-AMG E63 S, and it appears the willy-waving that’s long been a tradition between M Division and AMG (and, to an extent, Audi RS) has ousted the relatively simple wheel of the outgoing E63 in favour of something draped in buttons and screens with the restraint of a toddler decorating a Christmas tree. Are the little red M nipples on the M5’s rim to blame? I suspect they’ve played a part.

Are you being all old and cranky about technology?

Well, my first thought upon seeing the almost six-spoke wheel was that I should really be taking a diagram of it to bed with me, to revise as if it belongs to a racecar. But this is no rally to reinstate rear-drive and manual gearboxes in big, bolshy four-doors: corral all your choice settings into one button press and everything comes into glorious focus. This is a simply spectacular sports saloon.

Just as it was before?

Tangibly better. The E63 has long aced the ‘sport’ half of the equation, its boisterous character allowing it to edge the more rounded BMW M5 three years ago. But there was no denying if you wanted your £100k (RM559k), 600bhp four-door to actually cart the family around without vomit entering the rear air vents, the BMW felt the better ‘saloon’. The AMG was firm.

And they’ve fixed that?

Yep. Up top, the E63 gets the same facelift treatment as the rest of the E-Class range, which – to our eyes – pulls it nicely away from the smaller C-Class and its gives it a more assertive and mature look, one that wears the muscular AMG treatment more convincingly. But the engine has been left well alone: it’s the same 4.0-litre twin-turbo V8 hooked up to four-wheel drive and a nine-speed automatic, still with a choice of 567 and 604bhp trims in some markets. But only the latter – the E63 S – comes to the UK, thinking reflected by the also recently facelifted BMW M5 Competition. Told you it was tit-for-tat between these cars.

The headline tweaks have come courtesy of a few extra layers of tech – including ‘AMG Dynamics’, a smart stability control setup that works as helpfully and discreetly as Ferrari’s – as well as, perhaps most notably, softer suspension. Adaptive damping flicks between Comfort, Sport and Sport+ modes, as it did before, there’s just an edge that’s been taken off the way each reacts.

How does it all feel?

Good. Really good. Even if you get lost in the maze of those buttons, stuck with Sport+ suspension just as the road gets well-trodden, you’ll find no cause to complain. This E63 rides expertly, a nicely judged blend of plushness and tautness whichever mode you’ve chosen. I liked the middle-ground Sport the best, but found myself constantly fiddling just to be sure (while quickly learning to love how easily the little rotary screen on the left allows that).

Its 4Matic+ system may be punctually unpleasing but it remains four-wheel drive at its most interesting, flattering and dynamic. So much power is flung backwards as standard that you’ll be way more of an oik than me to switch it into rear-drive-only Drift Mode on the road. In fact, with that little safety net of power being sent to the front axle as needed, you can drive this with simply loopy levels of speed even when the road is moist and temperatures are skulking close to freezing.

It demonstrates an astonishing breadth of ability. With the help of its nine gears, it’ll sit at 113kph practically silently. And surely twice that (plus interest) with similar grace if you’re driving it on the motorways of its homeland. But the lower gears are also short enough to really thrill and open up a surprising amount of its spectacular engine at wholly moral speeds.

As does the whole car. There’s quick-witted steering, superb feel through both pedals (rarely a given in automatic performance cars) and just the most addictive chassis balance. It loses a mark for how large it feels, however. This is a wide and occasionally intimidating car to thread down roads it would otherwise absolutely monster. The C63 isn’t.

Up front, it’s superb. There’s fine materials, relatively rational use of screens (even though they dominate the design) and a waft of perfume through the air conditioning, a reminder of being unwillingly spritzed with ‘Hombre for men’ as you walk into Debenhams (RIP).

There’s plenty room in the back, too, but it’s not the most luxurious – there’s three seats, with USB ports and cup holders for two of them, but those are tucked behind wobbly plastic flaps that feel more £40k (RM224k) diesel than £100k (RM559k)-plus AMG. A Panamera aces this sort of stuff, but then it’s also dumber to drive. The E63 may have a broader skillset than ever, but it remains a sports saloon most focused on the person up front. 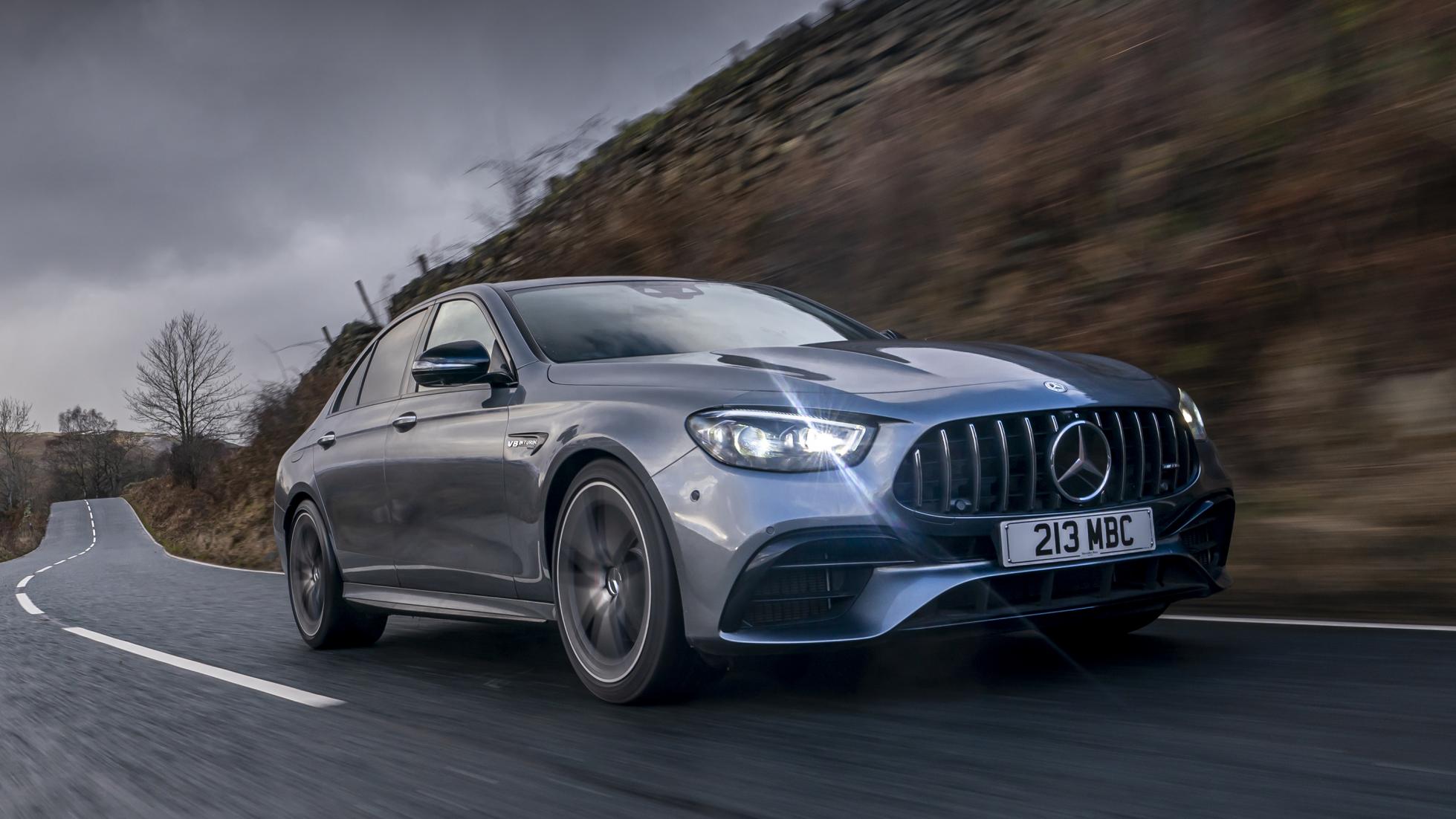 The saloon you see here starts at £99,495 (RM556k), the estate version – something BMW continues to deny the M5 range – an even heavier-handed £101,495 (RM568k). Shocking sums of money on the face of it, but this is a car with a now shocking breadth of ability. This generation of E63 was already one of the AMG all-time greats, but with its newfound ability to gracefully steamroller the imperfections of British back-roads, it’s one of the super saloon all-time greats. The new M5 CS is going to have to really go some to top this. And if it does, just think how good an AMG riposte would be… 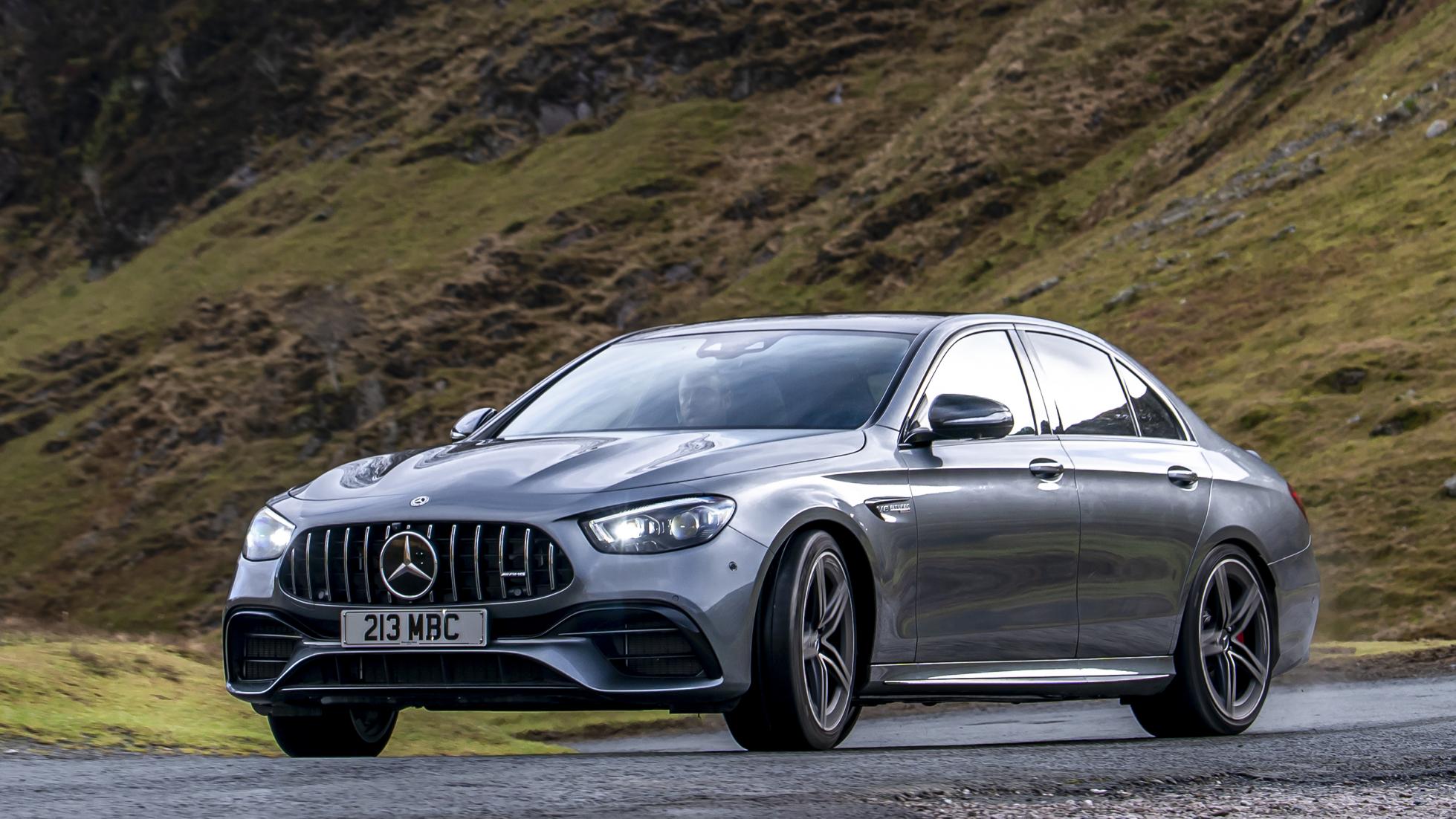 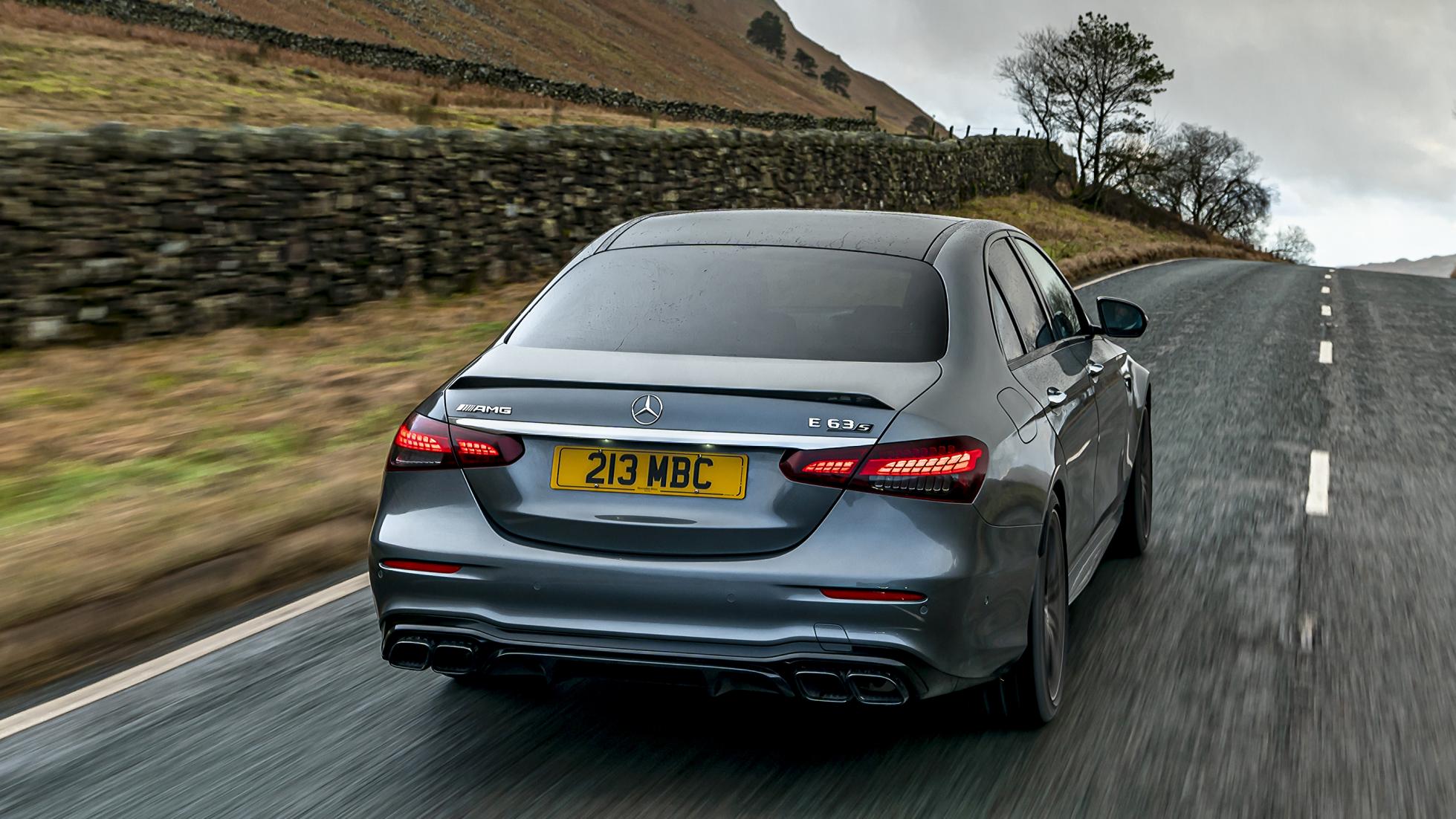 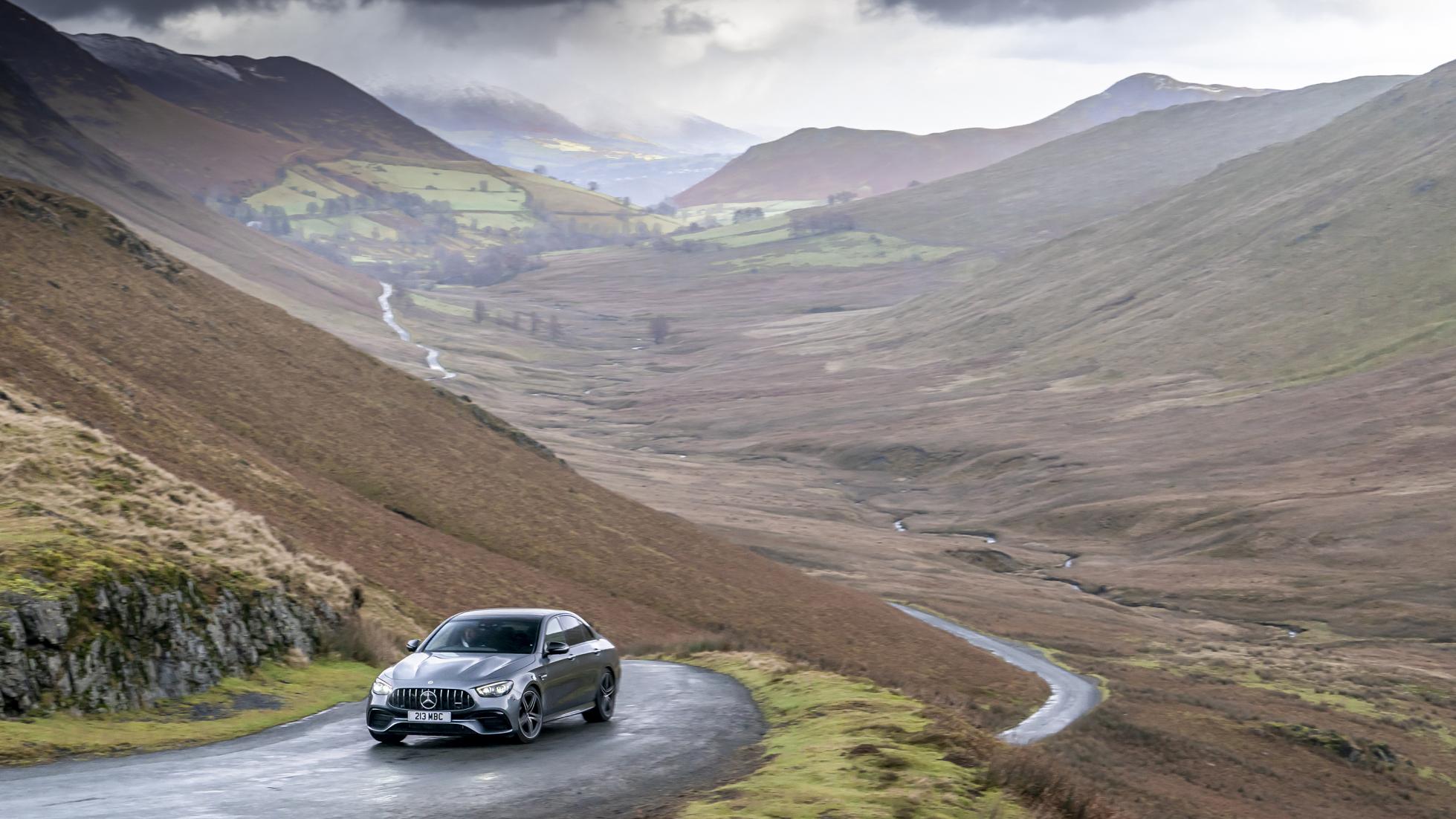 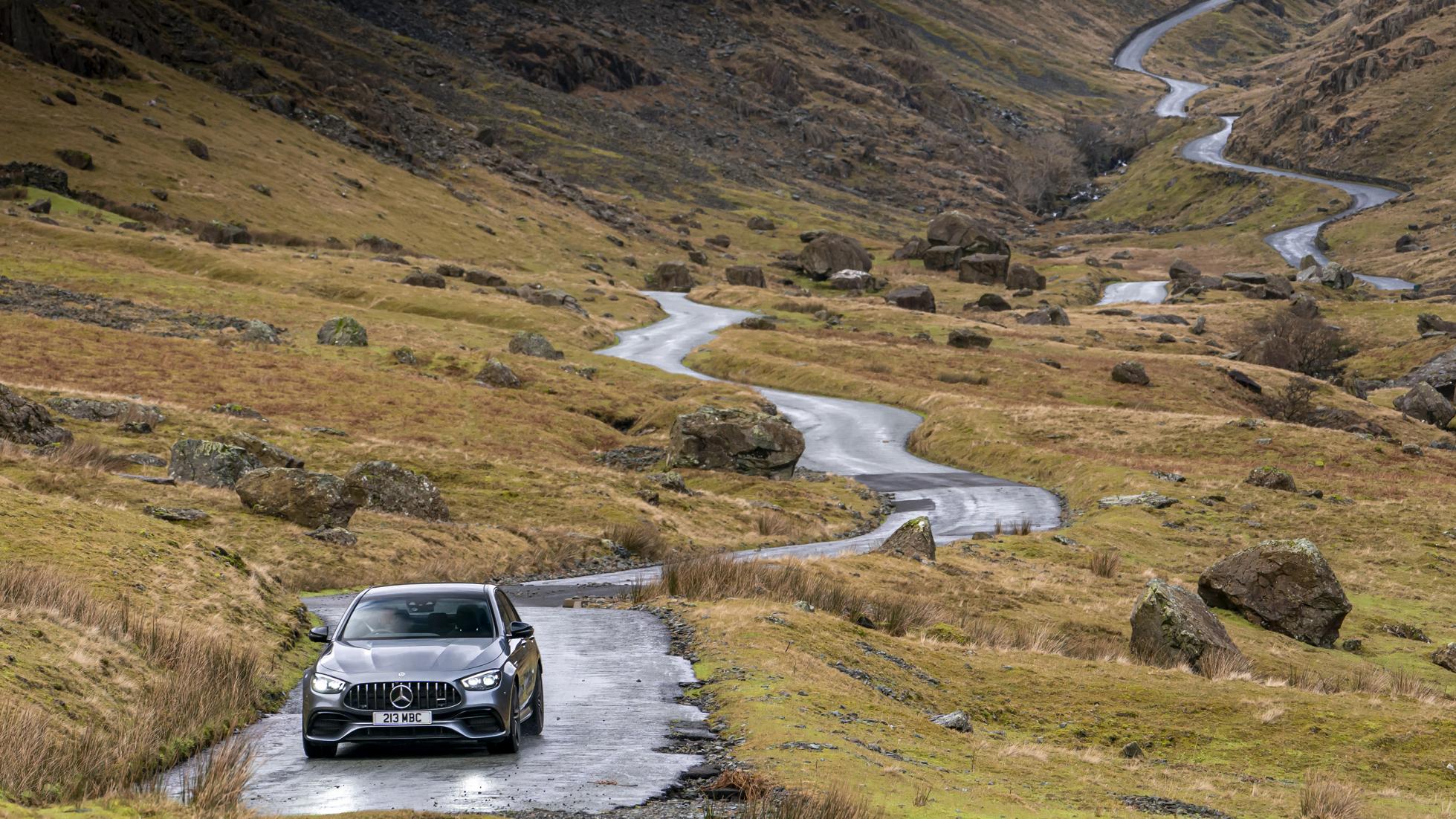 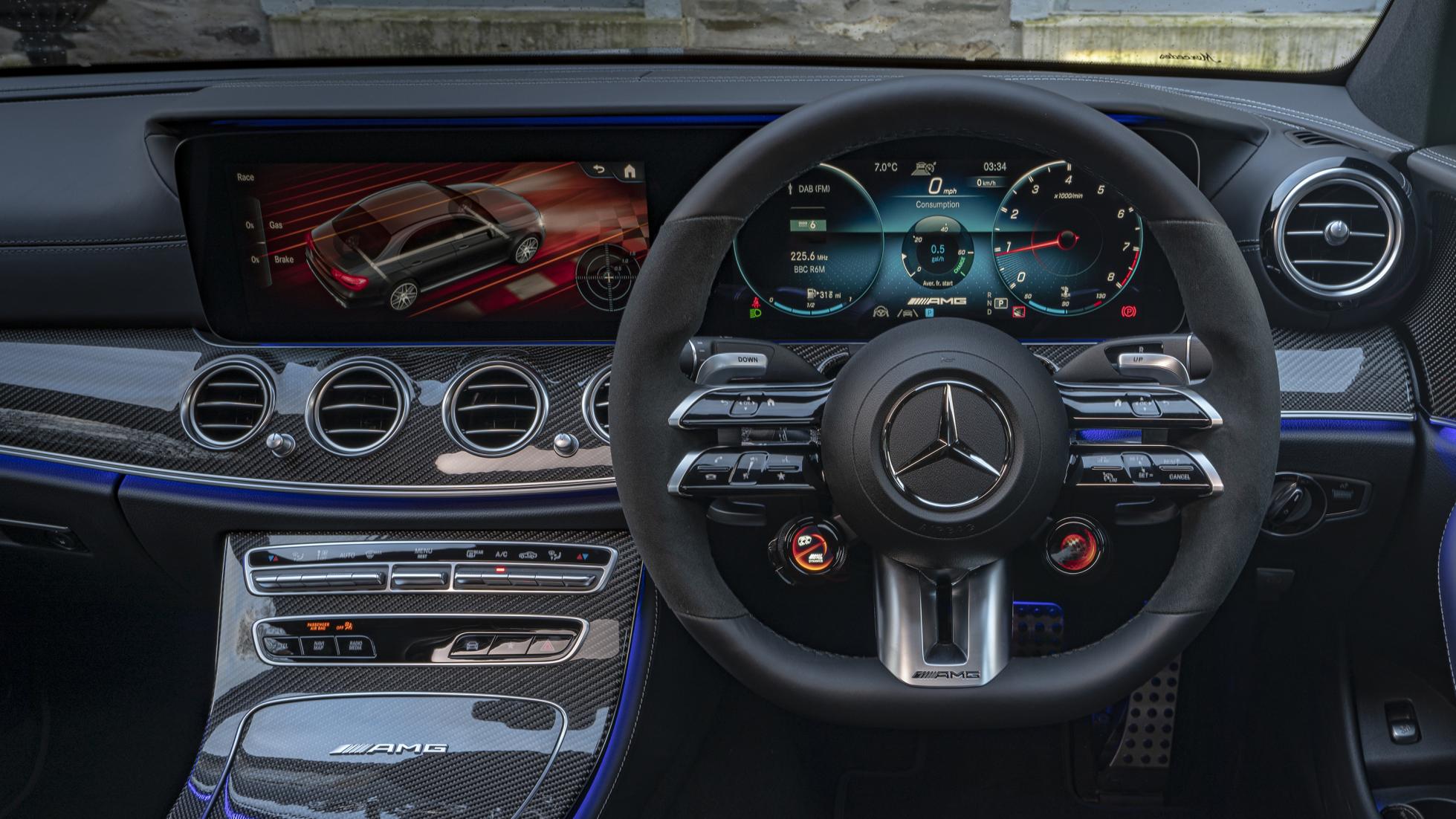 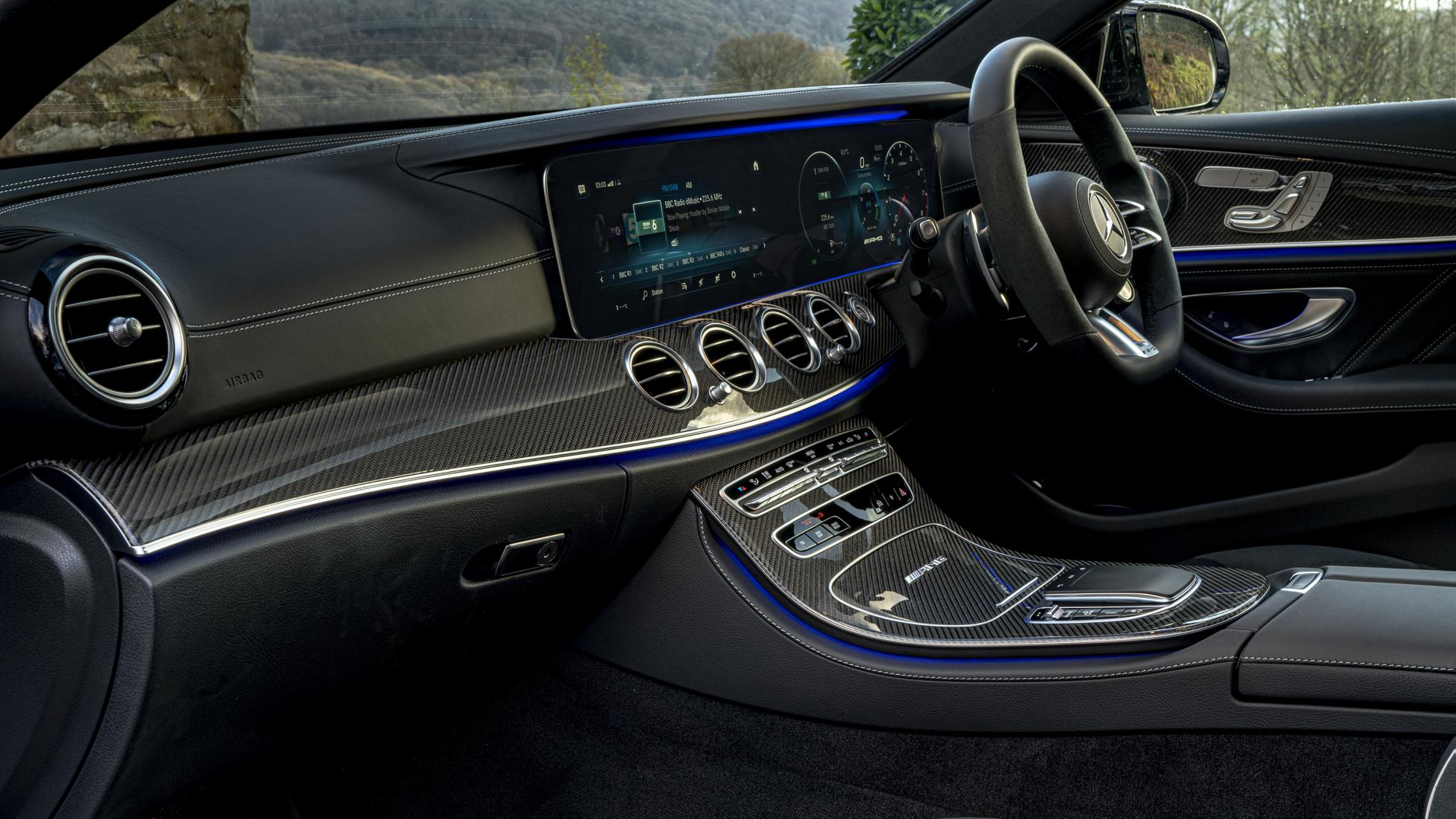 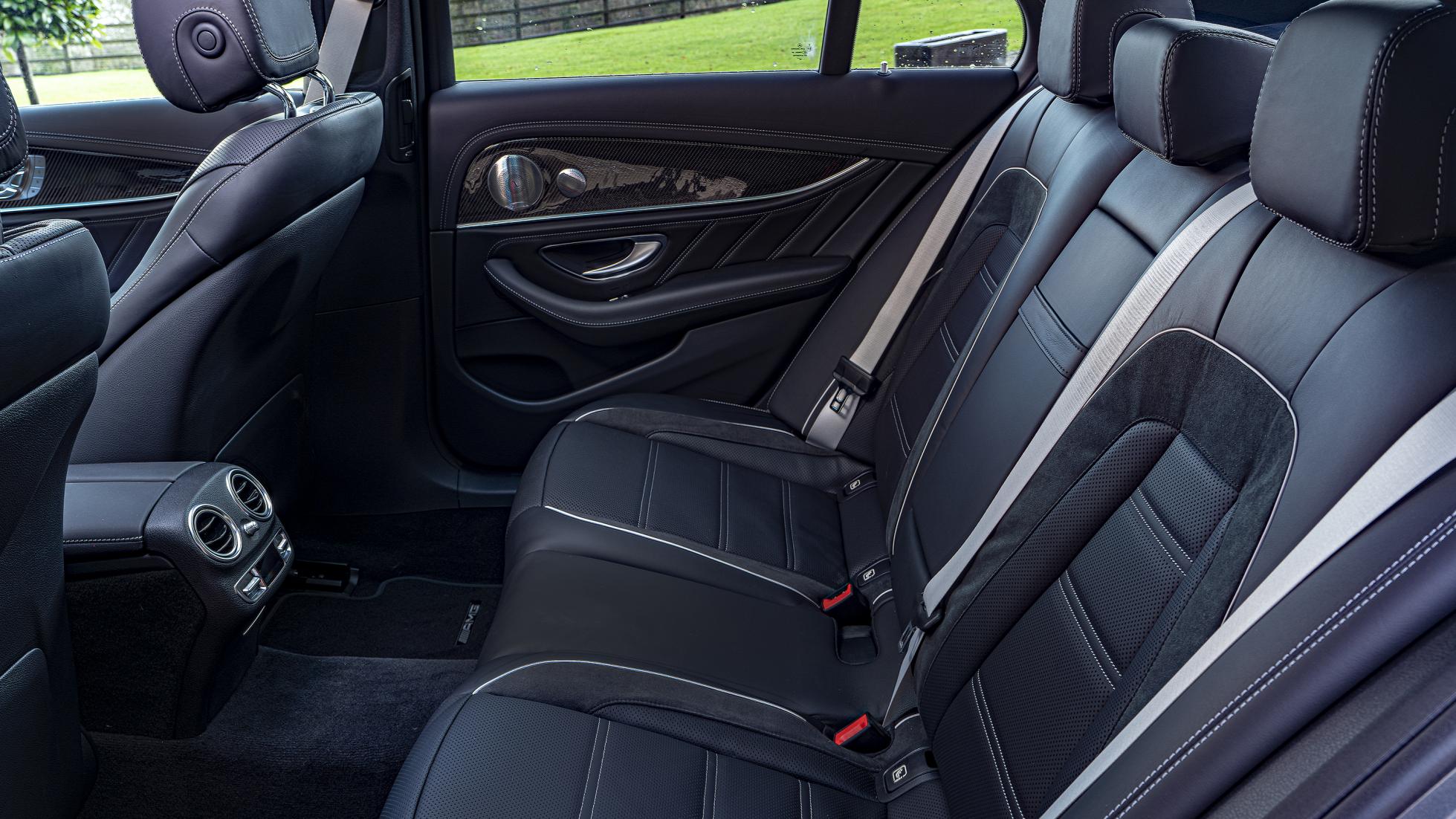 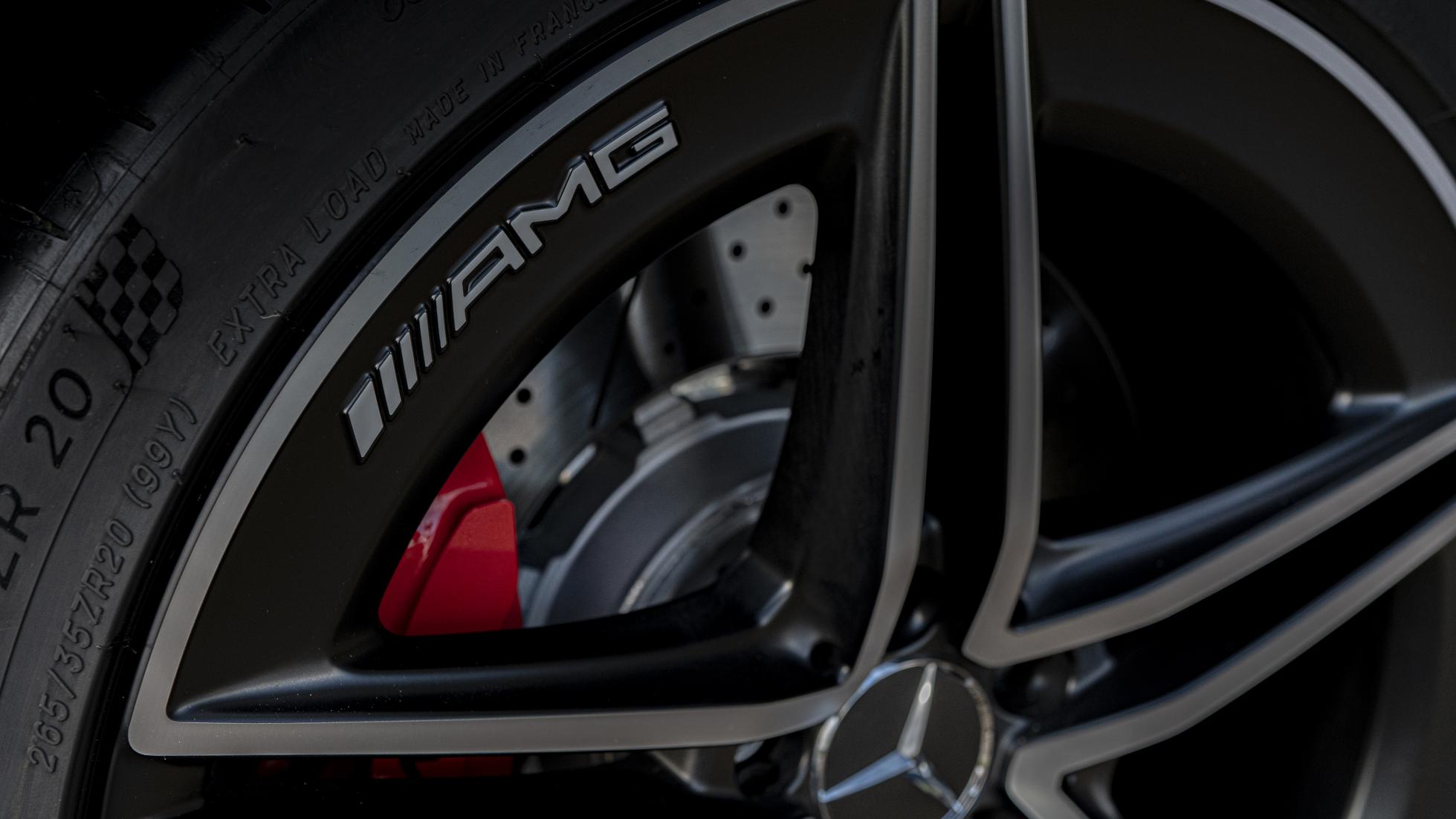 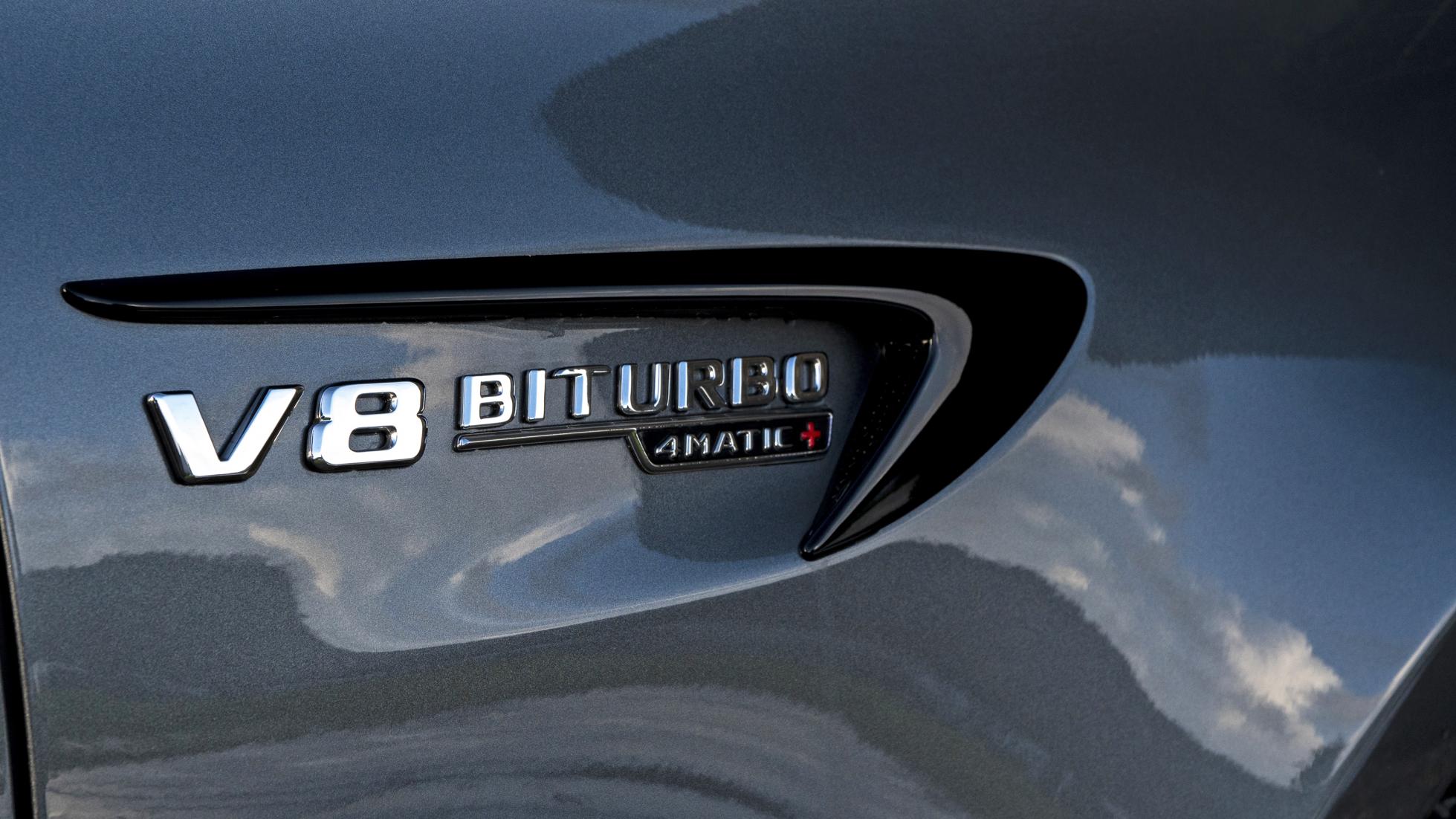 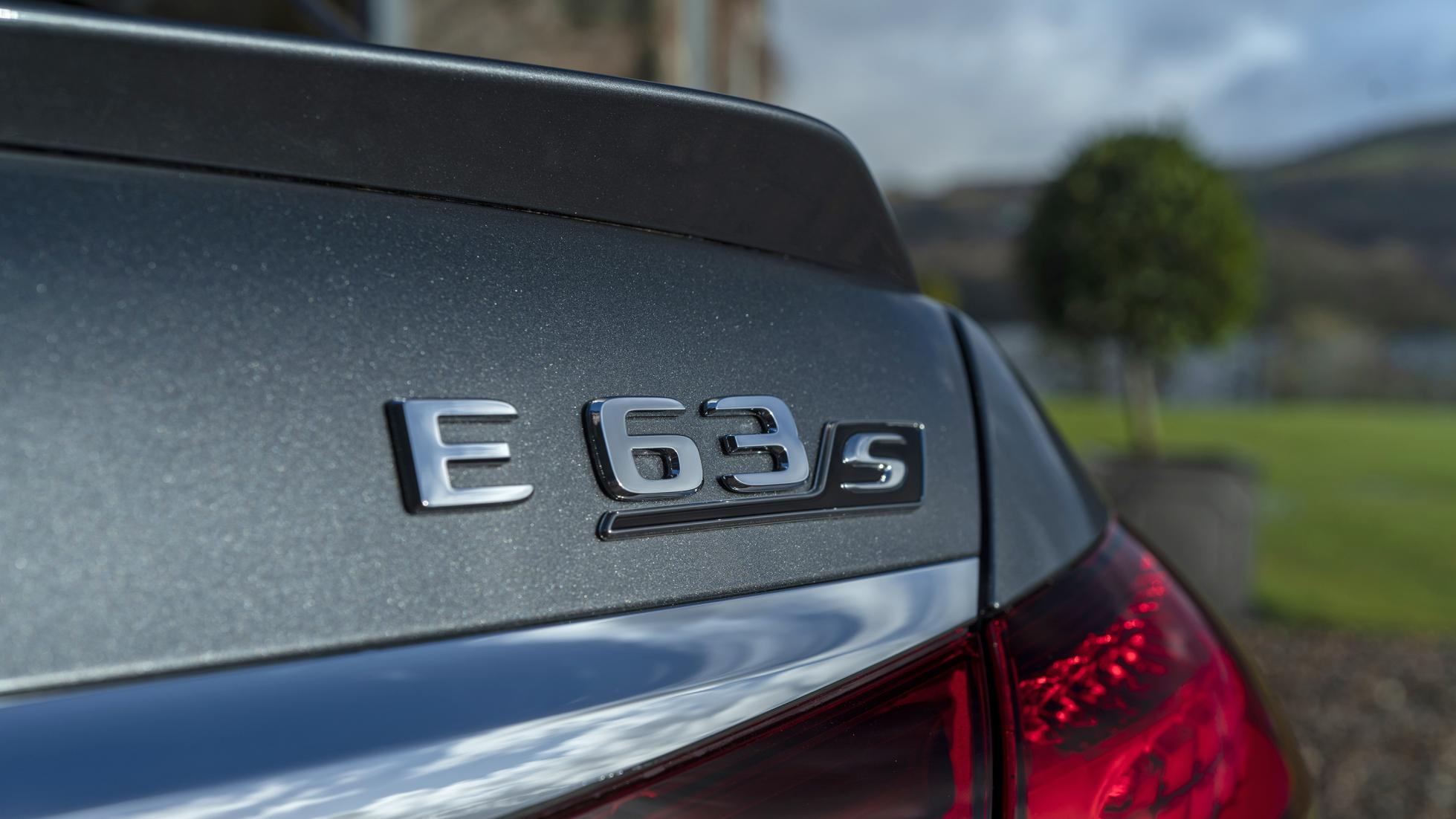