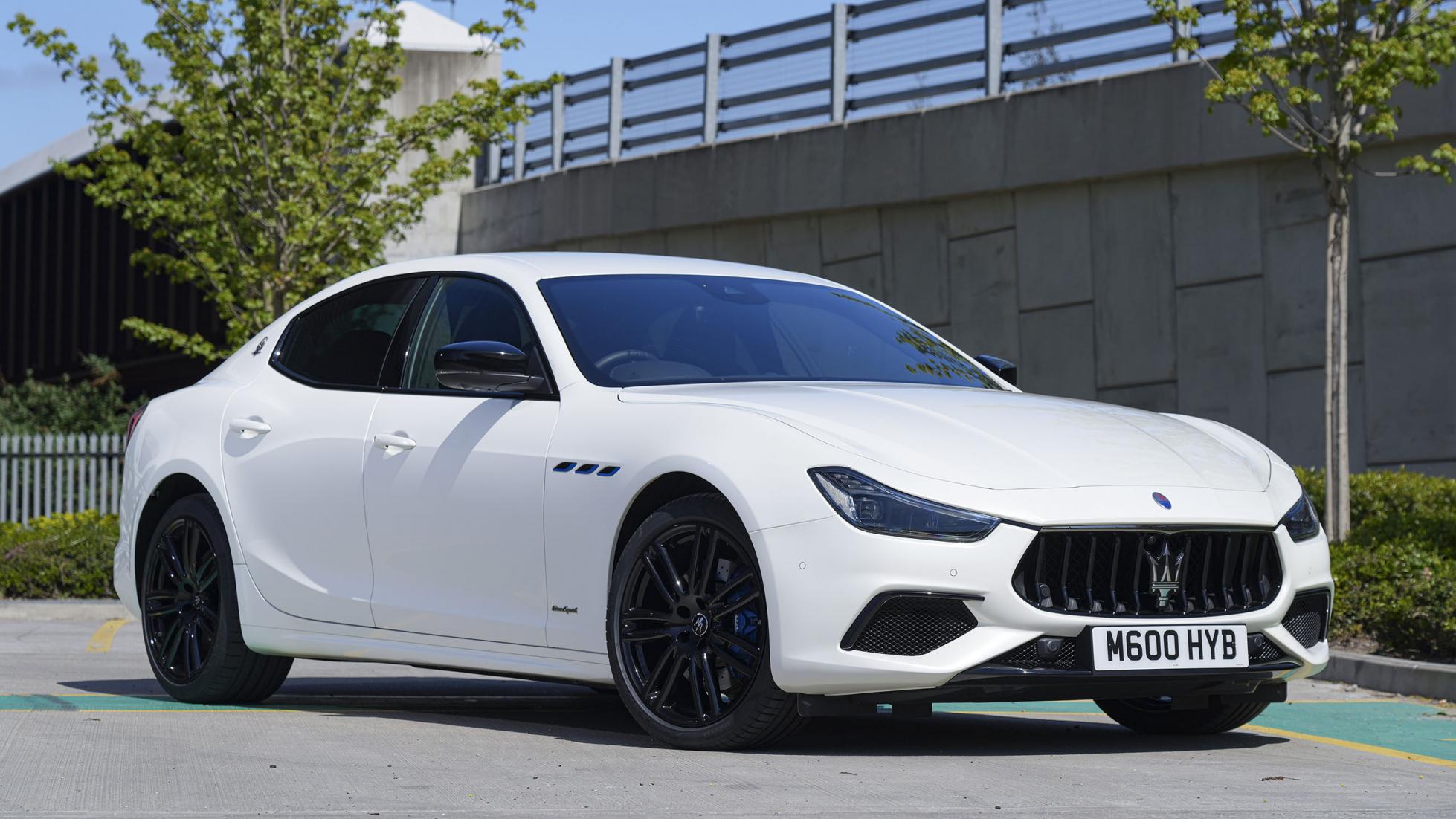 The forgotten executive sedan. The BMW 5 Series, Audi A6 and Mercedes E-class are all household names. Your dentist is fond of his Volvo S90. Your grandad likes his Jaguar XF.  And now and again you might find yourself staring at a Lexus ES thinking “what’s that, and why is it so cross with me?” But you probably haven’t seen a Maserati Ghibli in a while.

And that’s not what Maserati was hoping for when it brought the Ghibli name back from the dead in 2013. It was hoping this new four-door with its downsized engines – and diesel power – would propel it into the mainstream. The numbers never added up, but Maserati hasn’t given up on the Ghibli. In fact, it’s just finished giving it a thorough sorting out.

Heading the pack is a BMW M5 rival called the Ghibli Trofeo. It earns a 3.8-litre twin-turbo Ferrari-derived V8 good for 572bhp and 325kph flat out. Then there’s a smattering of V6 engines, and instead of a diesel that should have stayed in the tractor it was found in, Maserati has now launched a Ghibli Hybrid.

Now, it’s not a hybrid you can plug in, or whistle about on electric mode in. It’s the mildest of hybrids: a 48v-boosted offering comprising a modest battery and a belt-driven starter-generator that supplements a 2.0-litre four-cylinder engine from another storied Italian marque… Alfa Romeo.

Maserati’s seized the opportunity to treat the Ghibli family to a host of upgrades while the engine boys and girls have been busy. So, sharper bumpers, a more angular front grille and a snappier 10-inch touchscreen inside complete the overhaul. Spot the Hybrid from its blue trim. And everyone jumping out of your way because they think you’re an incredibly stylish policeperson.

We’ve only been driving the Ghibli Hybrid, because, well, it’s actually new. The V6s and ludicrously rapid Trofeo V8 make the right Italian noises, but walking away from a BMW M340i – or M3, C63 or even an Alfa Giulia Quadrifoglio – to pick the multi-cylinder Ghiblis is going to take an Evel Knievel-spec leap of faith. Still, bet they’d bump the overall score up a bit.

Perhaps a little too sensible. The Hybrid teams a 2.0-litre four-cylinder turbo engine used all over the Fiat-Chrysler empire with a 48-volt starter-generator motor to give a chunky total of 326bhp. It’s good for 0-100kph in 5.7 seconds. Rapid enough… but hardly deserving of four exhaust pipes.

Healthy numbers nevertheless, but you’re already thinking “hang about, is it just a mild-hybrid?” And the answer, sadly, is yes. This is not a plug-in hybrid Maserati. There’s no electric-only range, no silent running, and consequently, Maserati only claims a best score of 8.09l/100km. Frankly, it’s a bit too much hype on the hybrid side, and not enough tech backing it up.

When so many cars have this 48-volt boost these days, you’d expect something more ambitious from Maserati, but the official party line is that there’s no space in the platform to squeeze in a meaningful battery pack, and the Ghibli’s small sales footprint means the conversion wouldn’t be cost-effective anyway.

Hardly a convincing case for you to buy one though, is it? If you ordered a full English breakfast and the waiter explained there’d be no bacon, egg or sausages because it’s not cost-effective to switch the cooker hob on, you wouldn’t stay in that hotel again, would you?

What’s more, you’re left with a Maserati that doesn’t really drive as you’d hope a car wearing the covetable trident would. The four-pot doesn’t make an appealing noise, the powertrain lacks the response a proper hybrid offers with meaningful electroboost, and when you do clog it, all your good work trying to match the claimed economy is immediately undone.

At least the battery weight penalty is kept modest by such a token hybrid effort, and the Ghibli steers and corners with a touch more flair that an E-class, but doesn’t really egg you on to keep giving it the beans. Sad to say, the more everyday BMW 5 Series is a stronger all-rounder as a luxury barge and a sporting sedan. 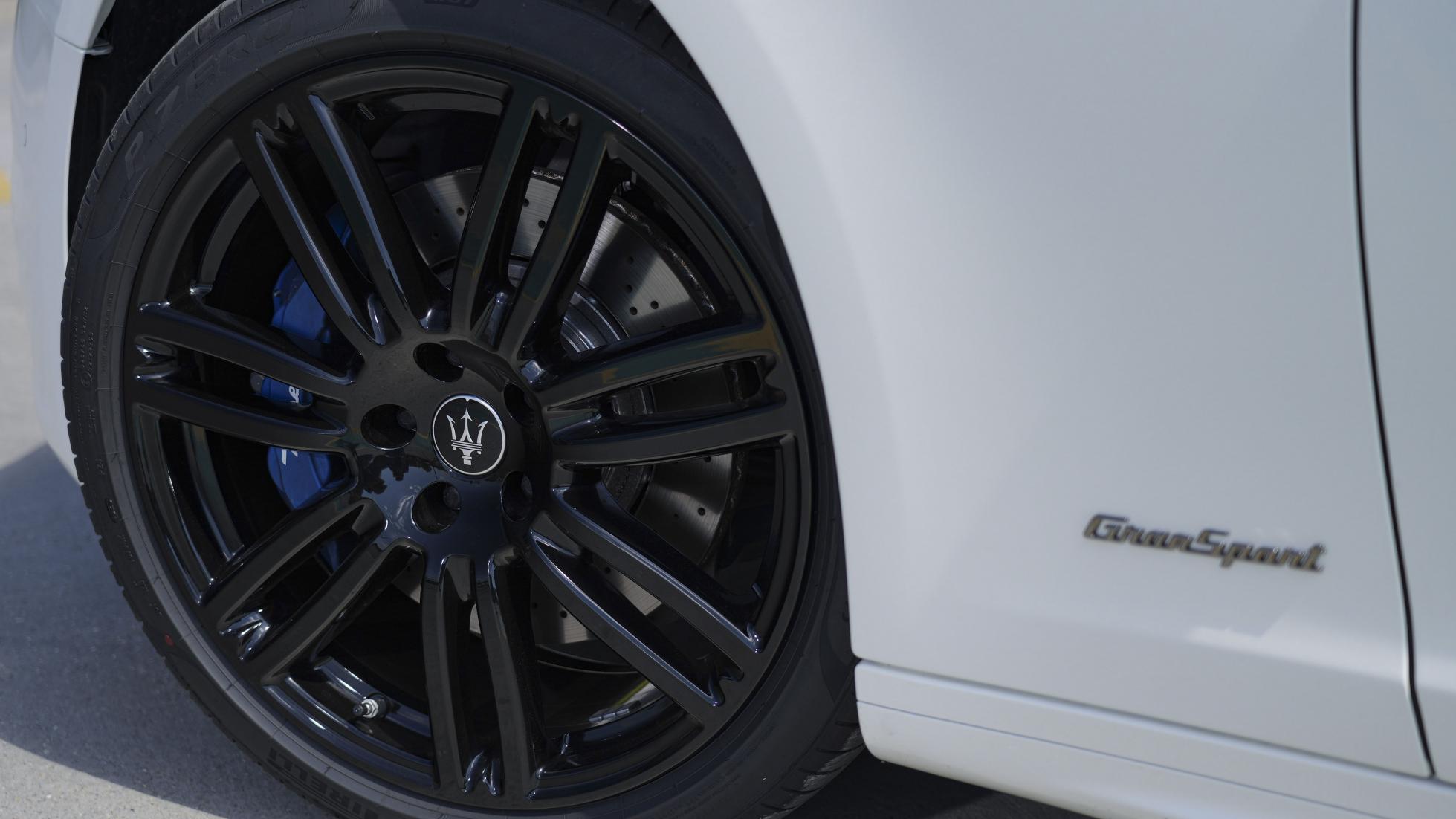 ON THE INSIDE-Layout, finish and space

Cor: physical instrument dials! Ooh, no touch-sensitive buttons! The Ghibli’s interior may well be a generation older than the established rivals, but that by no means relegates it to irrelevance. Not all of BMW and co’s gadgets are actually progress.

There’s something rather pleasing about the Ghibli’s old-school use of actual switchgear. Shame some of the minor bits and bobs, like the light switch, indicator stalks and steering wheel buttons, are low-rent.

The touchscreen’s been upgraded since the Ghibli went on sale and now measures 10.1 inches and looks slick in its frameless surround. It’s impressively rapid too, though the native interface is fussy, and you’ll be glad of the standard Apple and Android smartphone mirroring. You can choose to use a rotary BMW iDrive-style controller to work your way around the menus, but its position stacked under the volume knob is a little fiddly as well.

While the Ghibli’s seats are coasted in expensive-smelling leathers and the front chairs are comfortable, space in the back is pathetic – think of it as a 2+2, rather than a BMW 3 Series (let alone 5 Series) rival, and abandon all hope of carrying adults four-up. There’s 500 litres of boot stowage, but no hidden under-floor space.

We averaged 9.1l/100km on the motorway, and high 14s to the litre when town and country driving was added to the journey. This is not a money-saving hybrid. CO2 emissions of 196-219g/km are in the same ballpark as an Audi RS4, in fact. 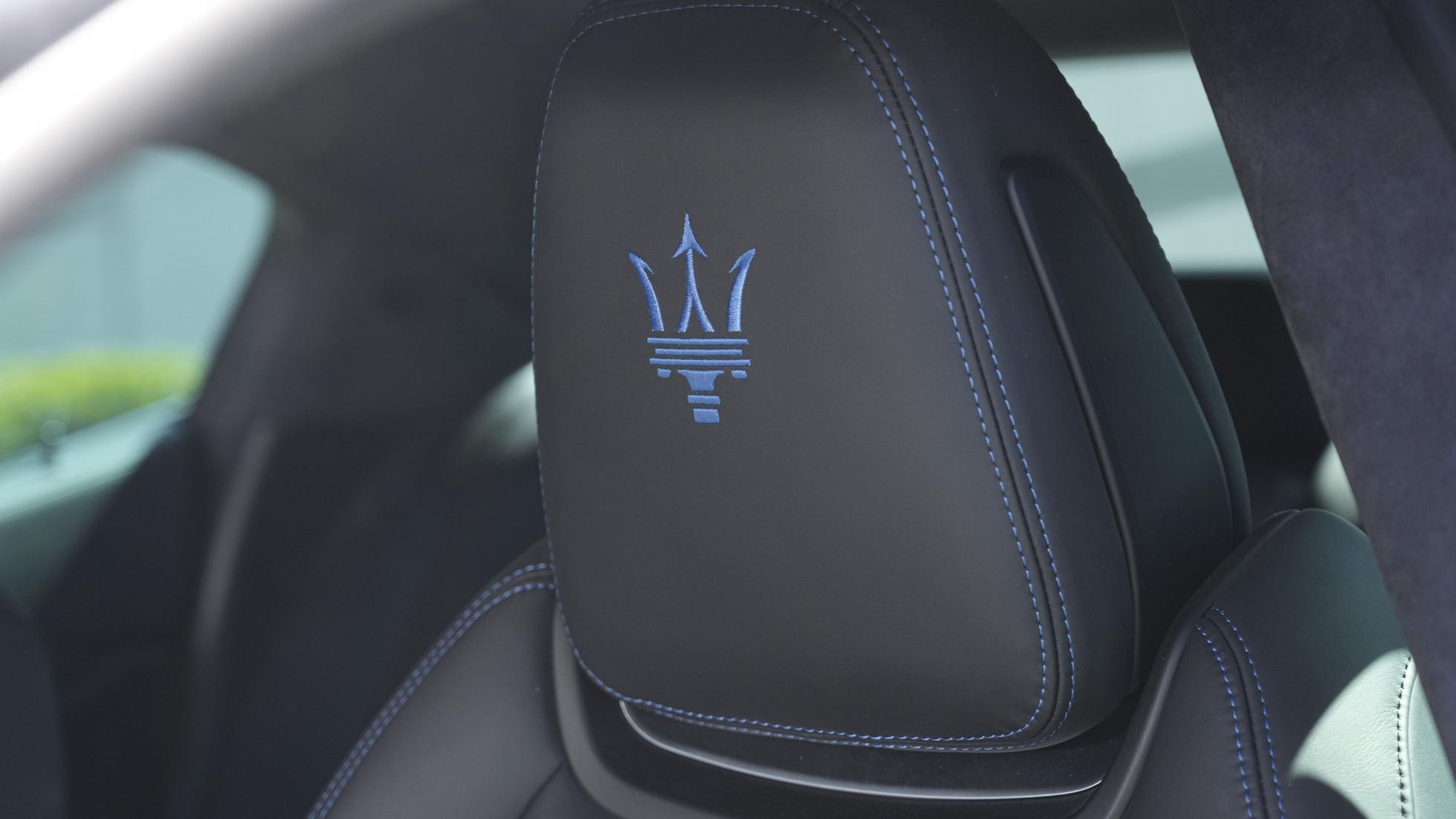 VERDICT-Final thoughts and pick of the range

"Don’t fancy a German four-door? There’s an updated, eccentric Italian alternative... but you need to really want one."

It’s tricky to make the Ghibli’s case. It shouts the hybrid spiel a little too loudly for the actual fuel economy and emissions it’s capable of, and though it still has a some handsome angles, the cabin space is poor and there’s not enough about the drive to forgive its shortcomings.

Fact is, the Ghibli was a boldly alternative choice when it landed nearly a decade ago. And in 2021 the game has moved on in just about every area. A BMW 330e is a better steer, cheaper to buy and run by half, and offers more practicality than the Ghibli.

A Maserati should wear the trident badge with pride, but this car’s trying to be too many different things and making a bit of a hash of the them. Less of a trident, more of a spork. 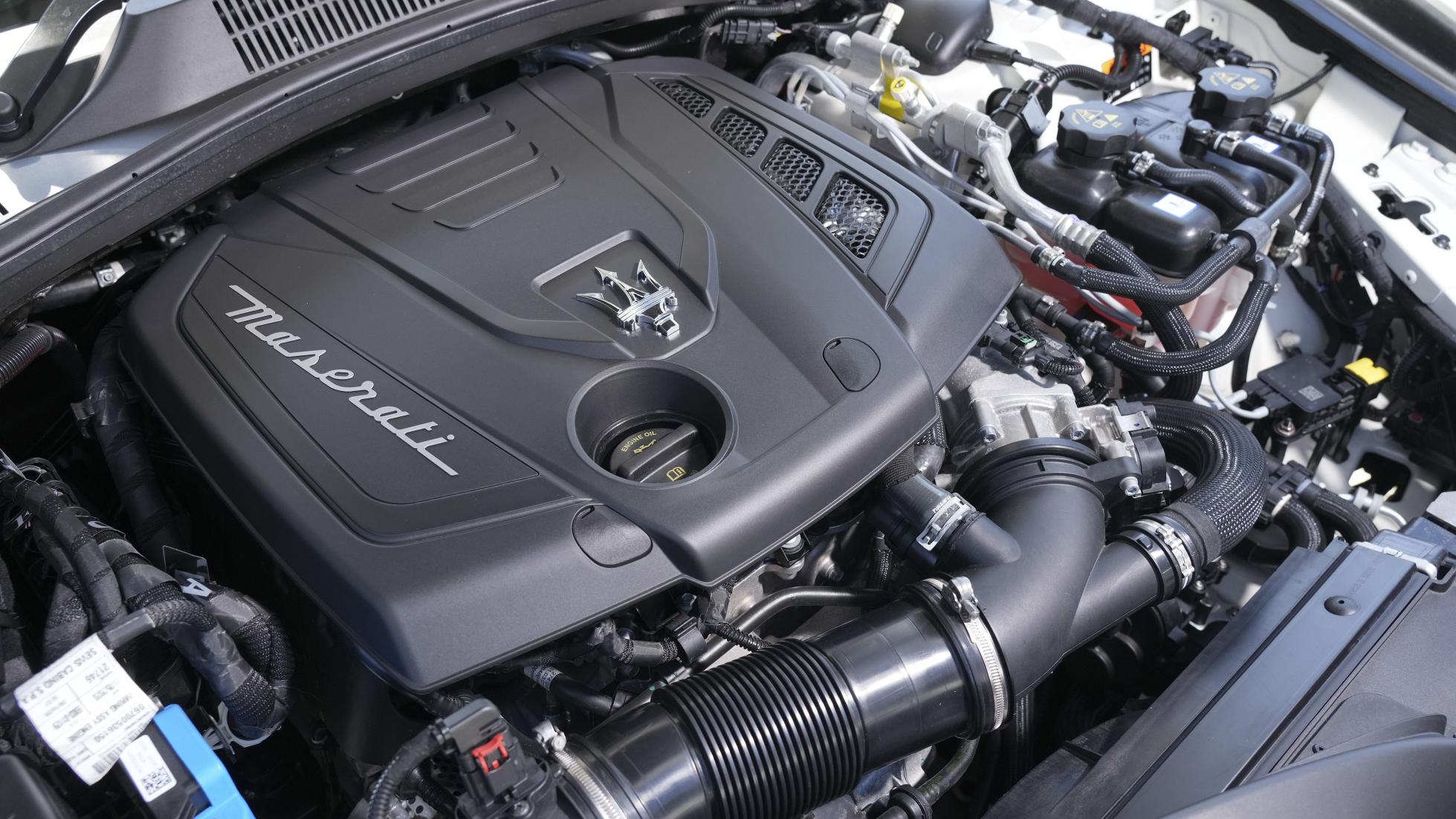 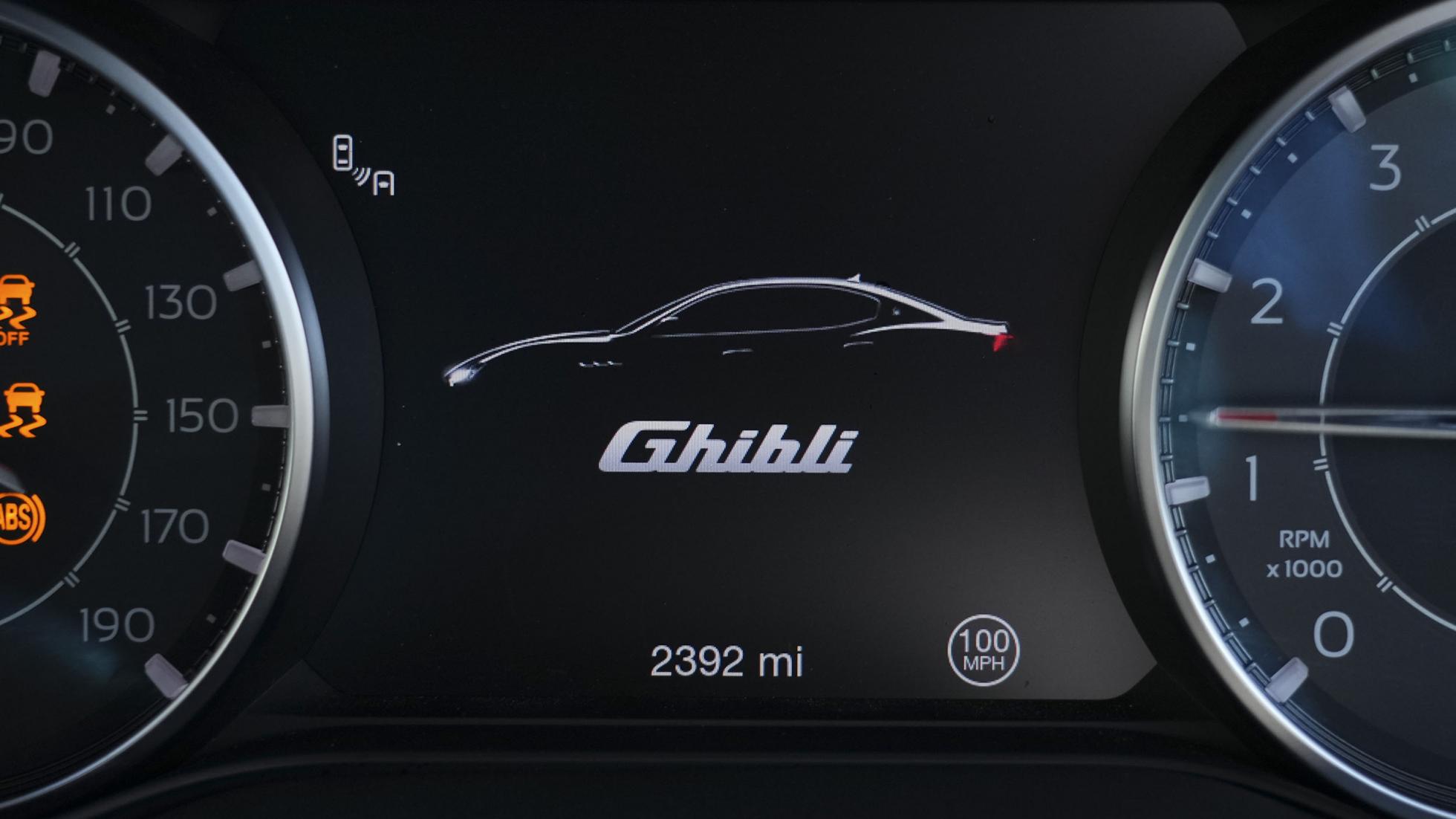 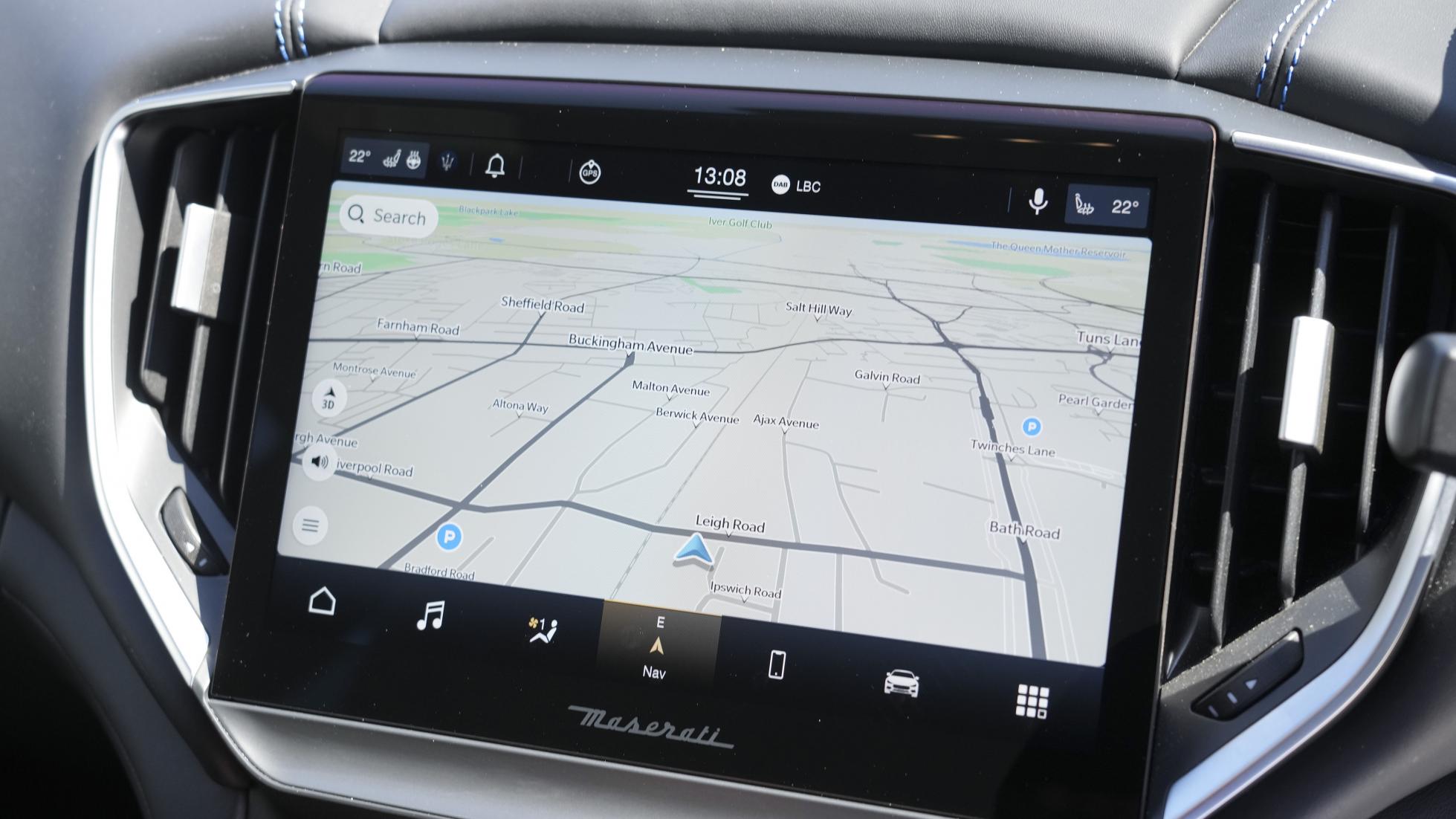 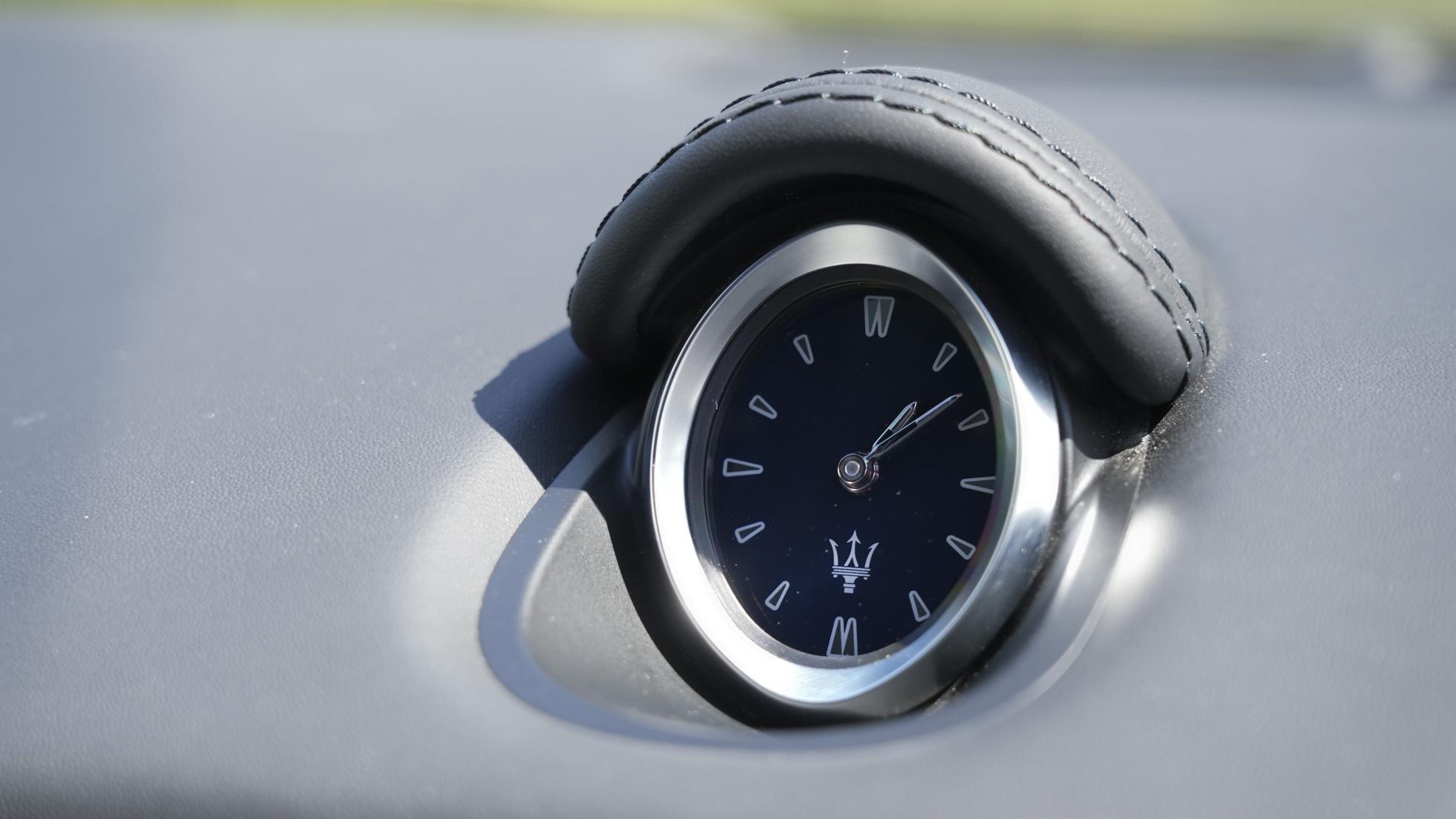 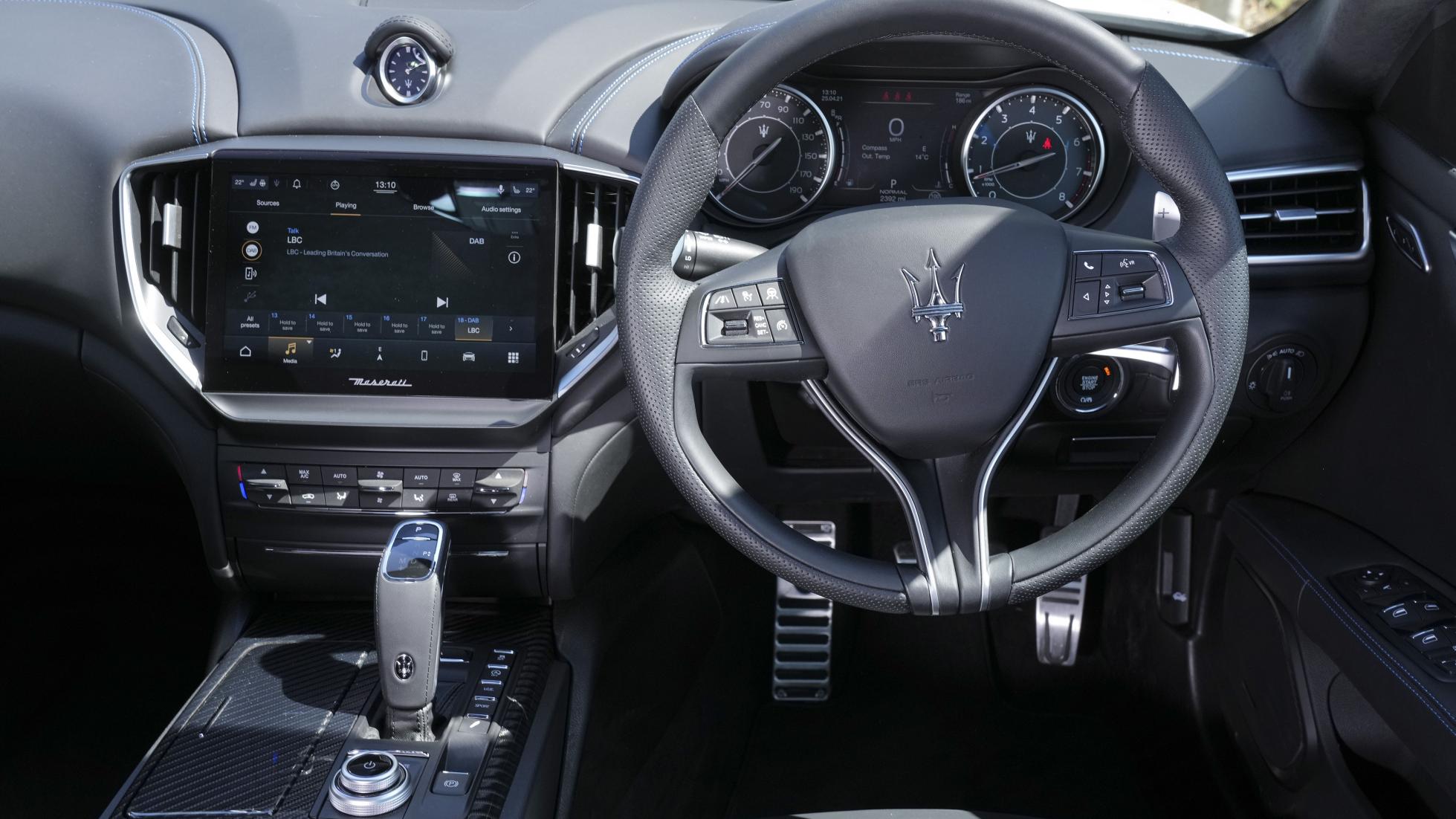 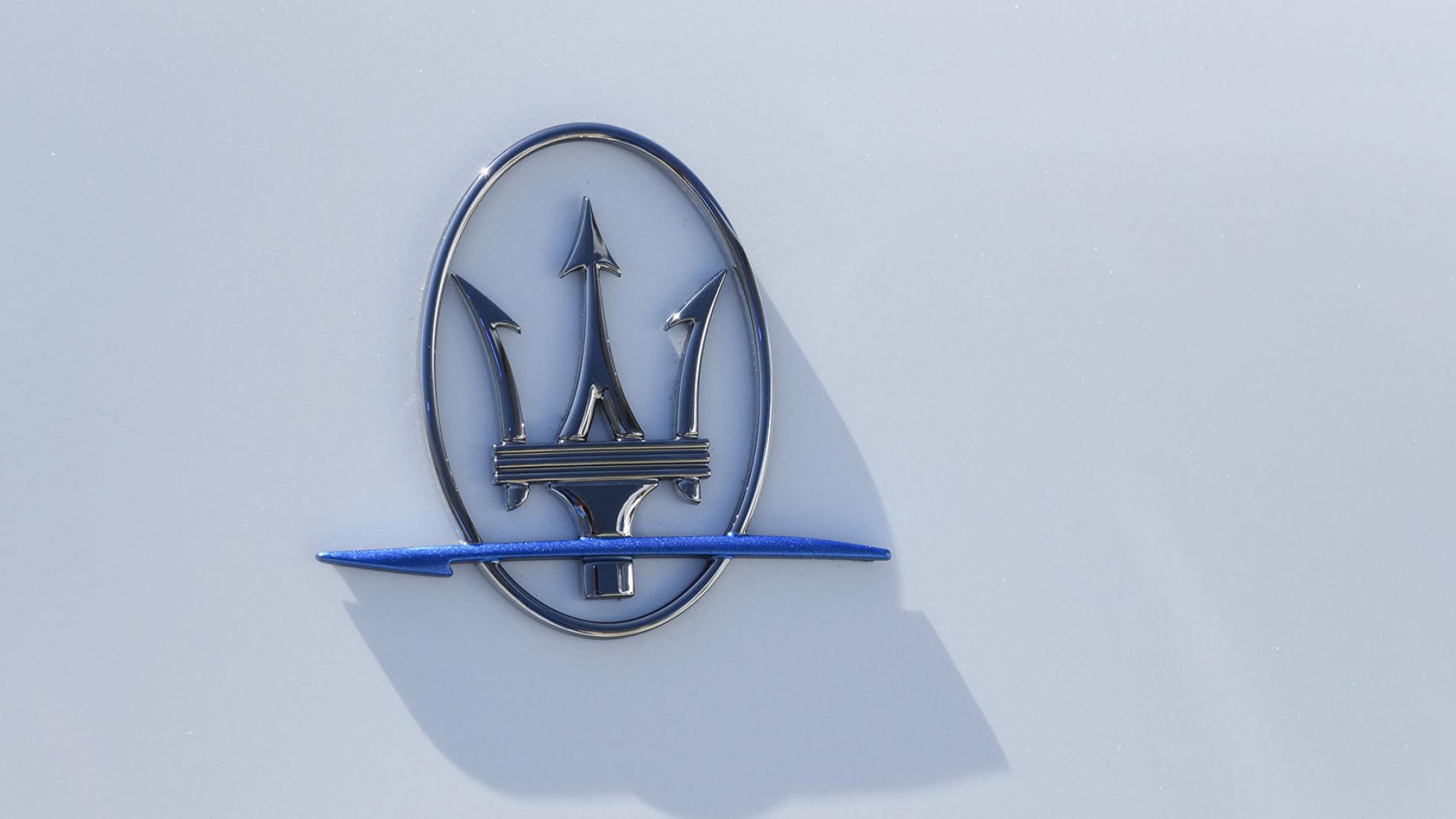