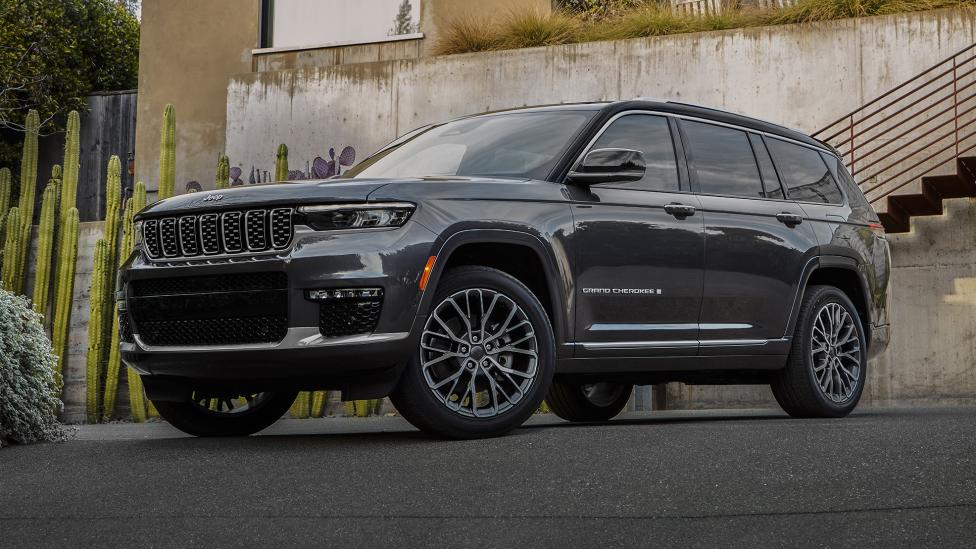 The Jeep Grand Cherokee has been a capable, evergreen all-rounder in the US line up for years. Offering no-nonsense, good-natured performance on and off road, it is the golden retriever of the Jeep range – everyone’s friend and easy to live with, just with less hair and dribble.

There's a Trackhawk spec in the UK but, as of 2022, this new-gen model will join the UK range as an American alternative to the Land Rover Discovery. In the US it will be offered in either three-row or two-row configurations – over 75% of US full-size SUV buyers want three rows these days – though two-row is the only configuration that the UK market will get. 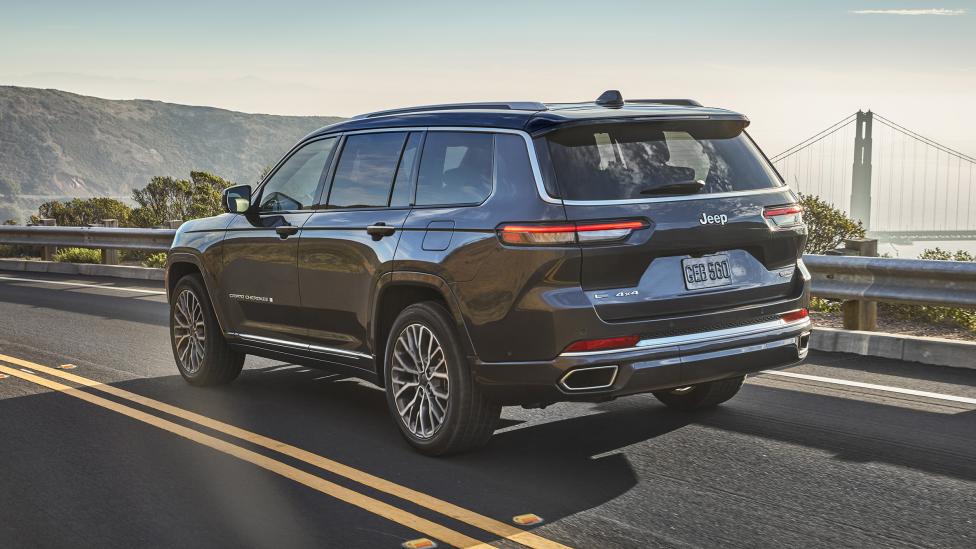 WHAT'S UNDER THE BONNET?

You mean 'hood'. Engine options in the US models are a 286bhp 3.6-litre Pentastar V6 unit that, in a range of guises, motivates a huge swathe of the Stellantis product line up, from pick-ups to sedans to SUVs. And a 352bhp 5.7-litre V8 which also appears across the multi-brands. Both are super tried- and-tested, bullet-proof motors. No word yet on which will feature in the UK-bound vehicles.

And before you sneer that US cars don't work on European roads, the Grand Cherokee L’s all-new architecture has been developed precisely to deal with our road conditions. It has a longer wheelbase, wider track, stiffer bodyshell and a laundry list of other features. All designed to make the Jeep GCL handle more precisely, produce less NVH and be more agreeable to live with. All this new-found solidity is wrapped in an exterior inspired by the original Wagoneer, Jeep’s original luxury SUV. While still instantly recognisable as a Grand Cherokee, the L gets a longer bonnet and forward-tilted grille, among many other revisions. Likewise the interior quality and design has been lifted several notches. And to top it all off there is an optional 19-speaker McIntosh – a US audiophile brand – audio system.

So the Grand Cherokee L needs to be approached with fresh eyes and thoughts. It might look similar to its smaller sibling but this is an all-new vehicle with global aspirations, not one just playing to the home crowd. 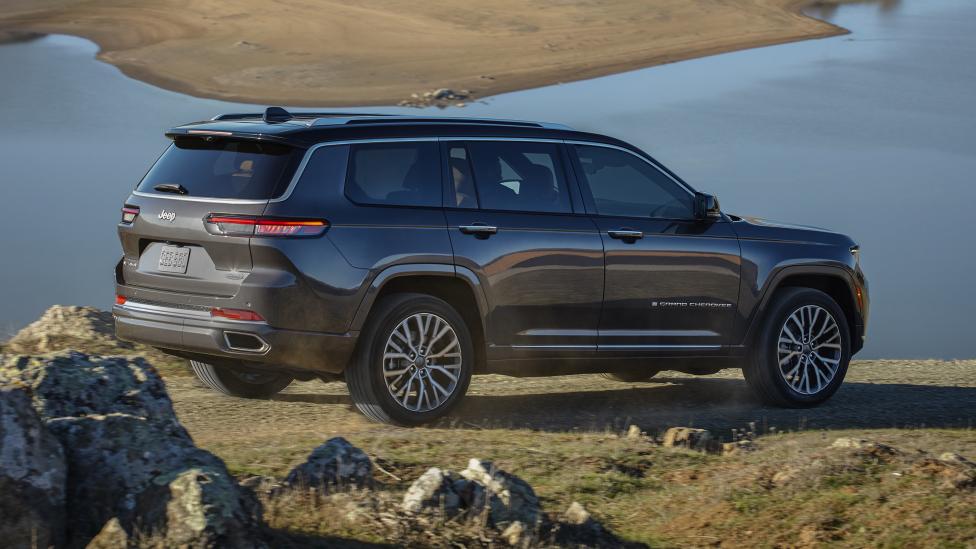 “This is the best Grand Cherokee Jeep has ever produced. And it’s one that is now more than capable of squaring up to the competition”

This is the best Grand Cherokee Jeep has ever produced. And it’s one that is now more than capable of squaring up to the competition – and winning.

The only misstep appears to be the non-inclusion of the third row in UK-bound models. While this anomaly might possibly be resolved before we see the cars, it will create a major hole in the Grand Cherokee’s appeal among families. All or most of whom liked and now demand three rows or nothing.

But that fact aside, the main differentiator is likely to come down to your brand preference. The Land Rover Discovery is a well-known choice. And the Volvo XC90 is still popular but lacks the off-road ability. So the Jeep brand, as suffused in adventure as it is, is sure to make more than a few people’s hearts beat a little faster.

A full head to head will really sort them out. But, for now, the Jeep gets a recommended vote from us. The difference in vehicle response is immediately obvious within just a few metres on the road. The steering is more direct, responsive and accurate. The ride more composed and quiet. The engines enthusiastic and well-silenced. It still has the outgoing vehicle’s easy-going, relaxed air but you are just much better informed about the truck’s actions.

All of that information reaches you through the main controls – but also through the latest version of the excellent Uconnect system. This benchmark set up has now been expanded to include wireless CarPlay and Android Auto and continues to be one of the most intuitive and easy-to-use systems on the market today.

Despite the familiarity with the two engines – they are perfectly tuned to haul the GCL down the road. Mated to the ever-present multi-mode eight-speed ZF auto box, the Jeep can be turned from a relaxed cruiser into a surprisingly enthusiastic performer. If you are late for the airport, or football practice, you’ll fully appreciate this ability to hustle when needed.

It’s the same off-road. There are three different levels of four-wheel drive available – depending on the model chosen. These allow you to tackle terrain you’d describe as challenging in the base to ‘you must be joking’ in the top version. You really can just point it at absurd obstacles, twirl the terrain dial, and this huge SUV will casually dispatch it. All in a new higher level of luxury and hush. This is the real battleground for an SUV in this category. The needs for flexible, comfortable seating and load-carrying ability trump pretty much everything else. Jeep knows this and the GCL doesn’t disappoint. While the first row chairs get everything from cooling to massage functions, the second row can now be heated, too.

There is improved visibility from all five seating positions, thanks to some re-profiled window pillars. And the second row can now be flattened at the touch of a button. So you can quickly reconfigure the rear space according to the amount of people and stuff you need to haul. The tailgate height can also now be set so it doesn't hit the top of the garage.

But as functional as it all seems, it's the new level of quality, fit and finish, materials that is the most impressive feature. It’s not so posh that you wouldn't want to put a wet dog in the back, but it radiates a sense of solidity and, yes, luxury that just wasn’t present on the previous Grand Cherokee.

A case in point being the McIntosh 19-speaker audio system. McIntosh has been an audiophile’s dream brand for years. So to see it for the first time in a car – and a Jeep at that – is quite something. It also helps that it sounds fantastic. It’s easy to imagine buying a Grand Cherokee L and it quickly becoming part of the family. Jeep has been building these for more than 30 years and they know what we want from our family SUVs.

Everyone’s phones will connect with the infotainment, irrespective of which seat they are in. The seats are adjustable and comfortable enough for a school run or full-on camping trip to some far flung corner of the country. The load space is quickly and – importantly – easy to adjust to varying loads of people and their stuff. 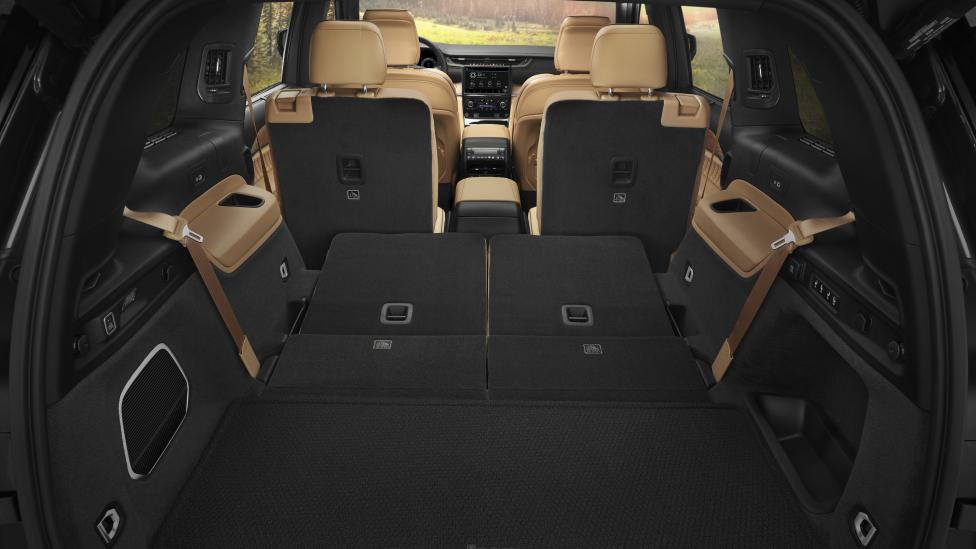 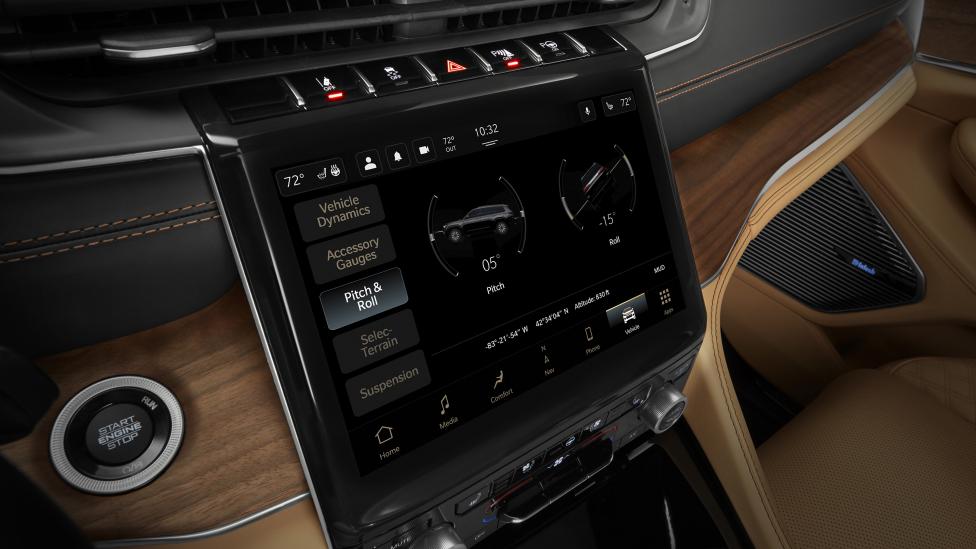 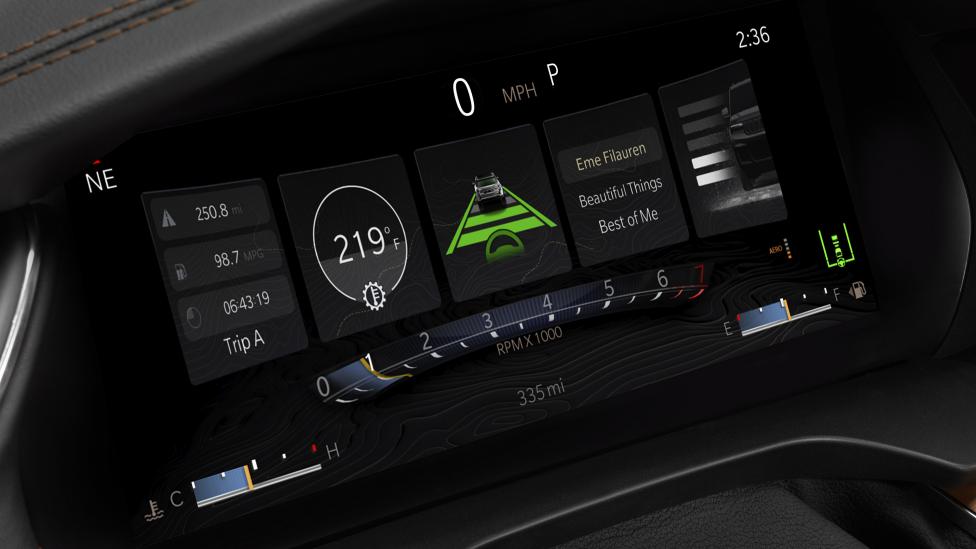 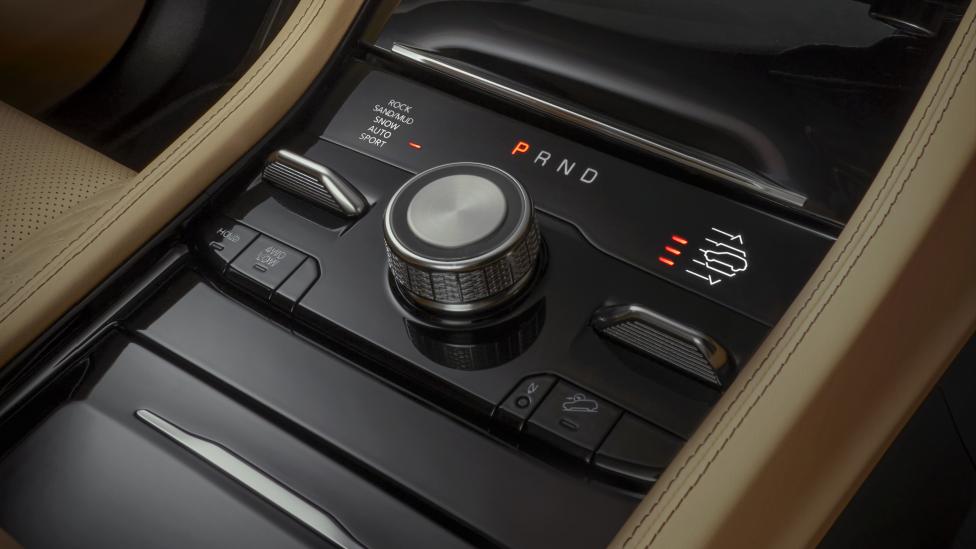 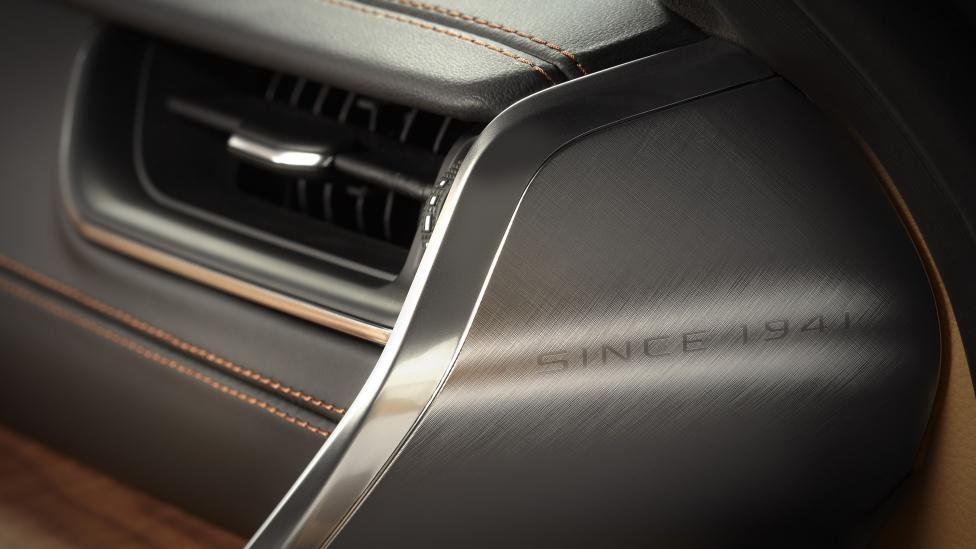 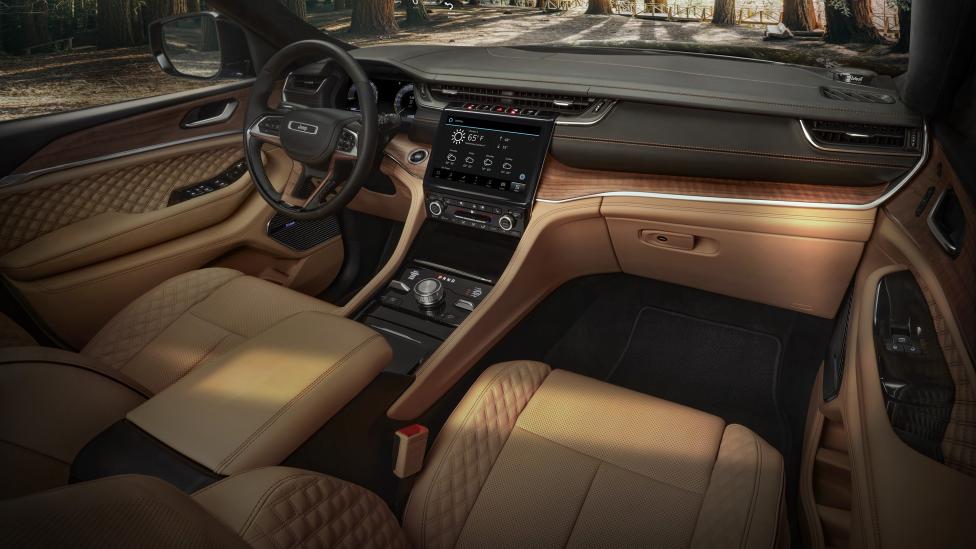 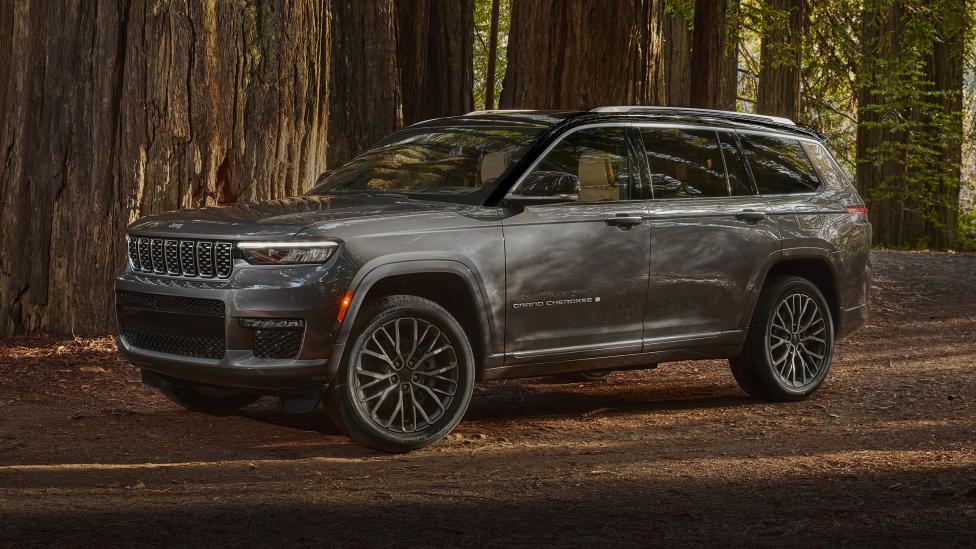