Ginetta G58 review: is this the ultimate track day car? 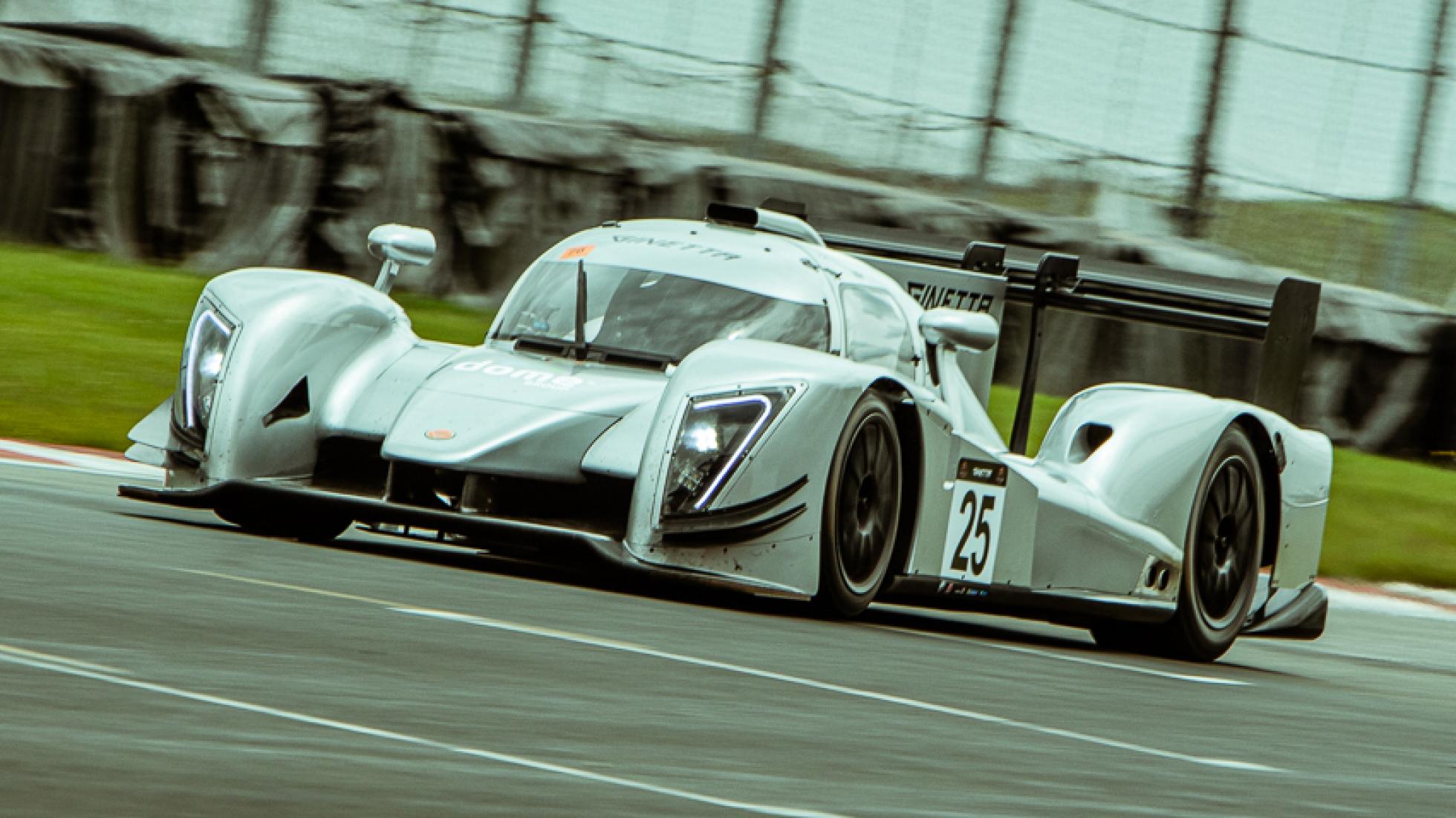 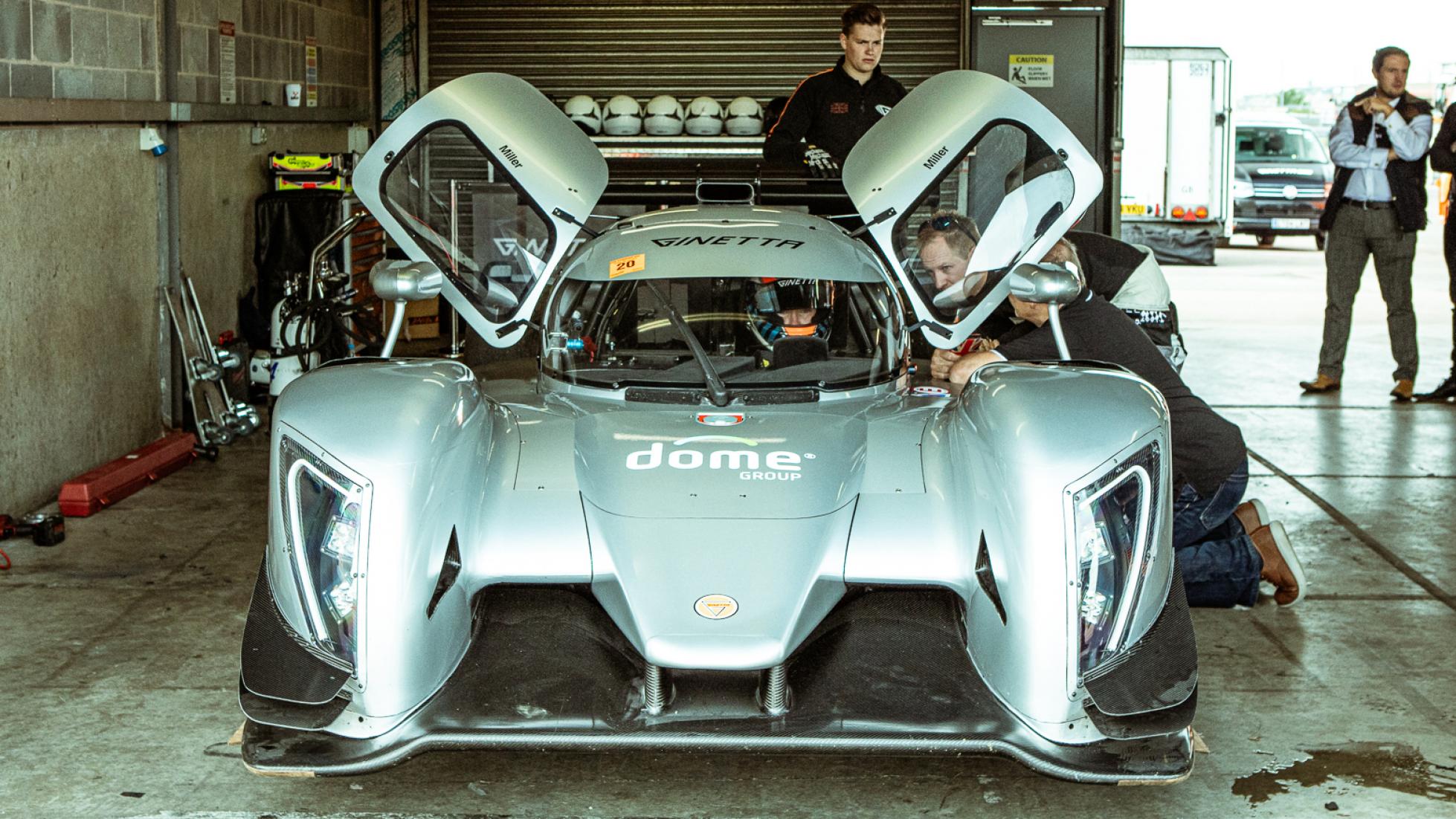 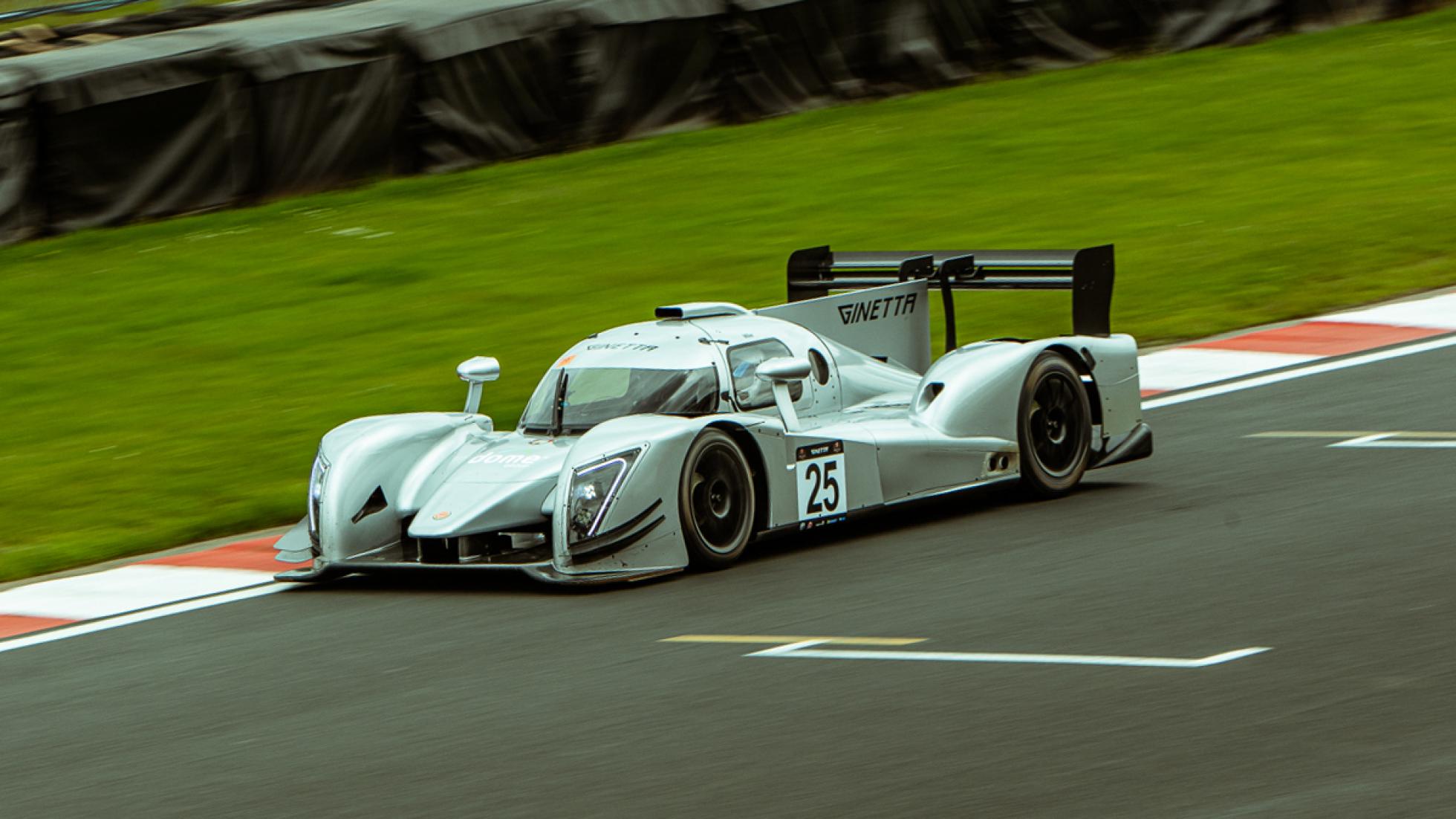 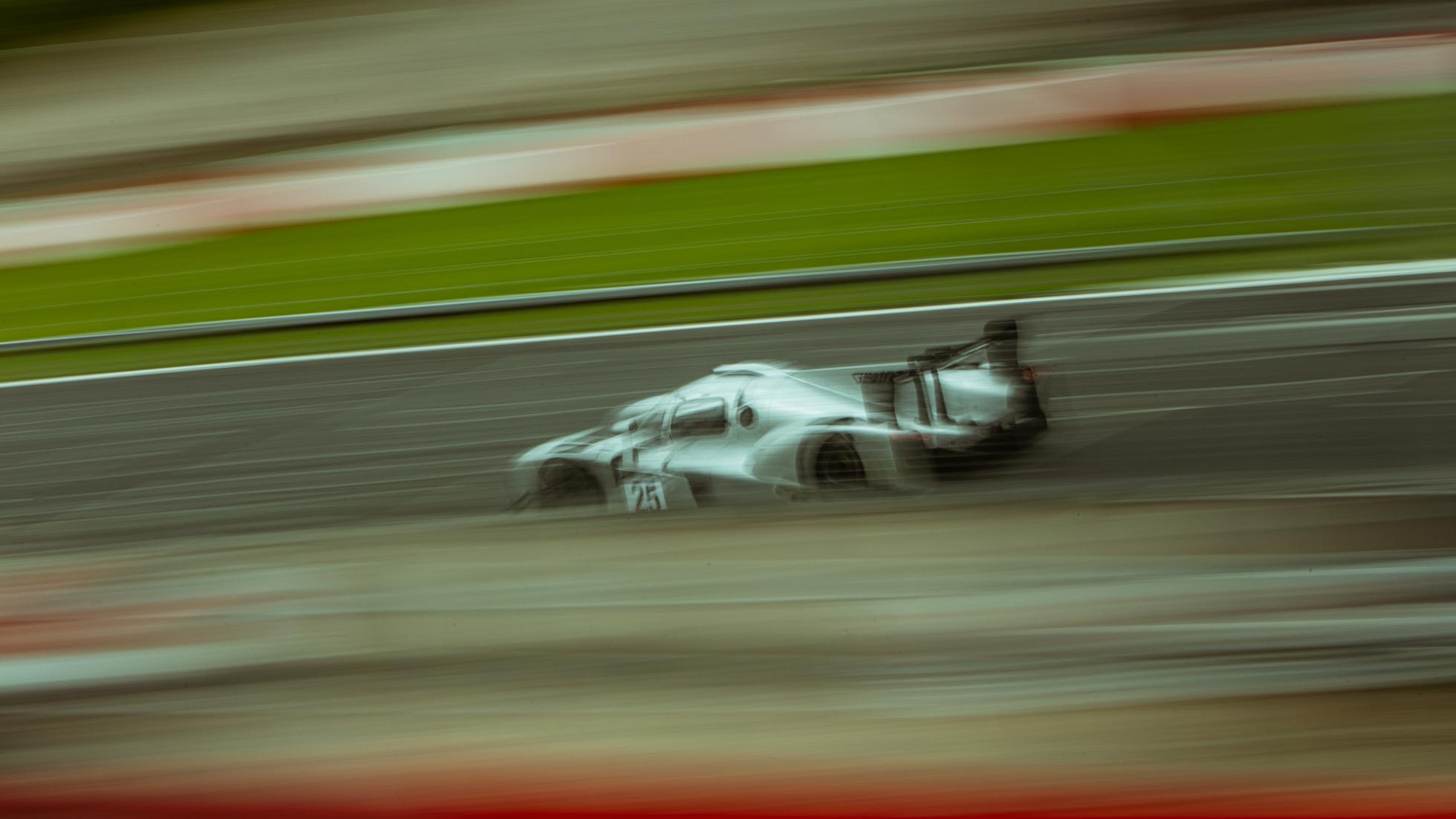 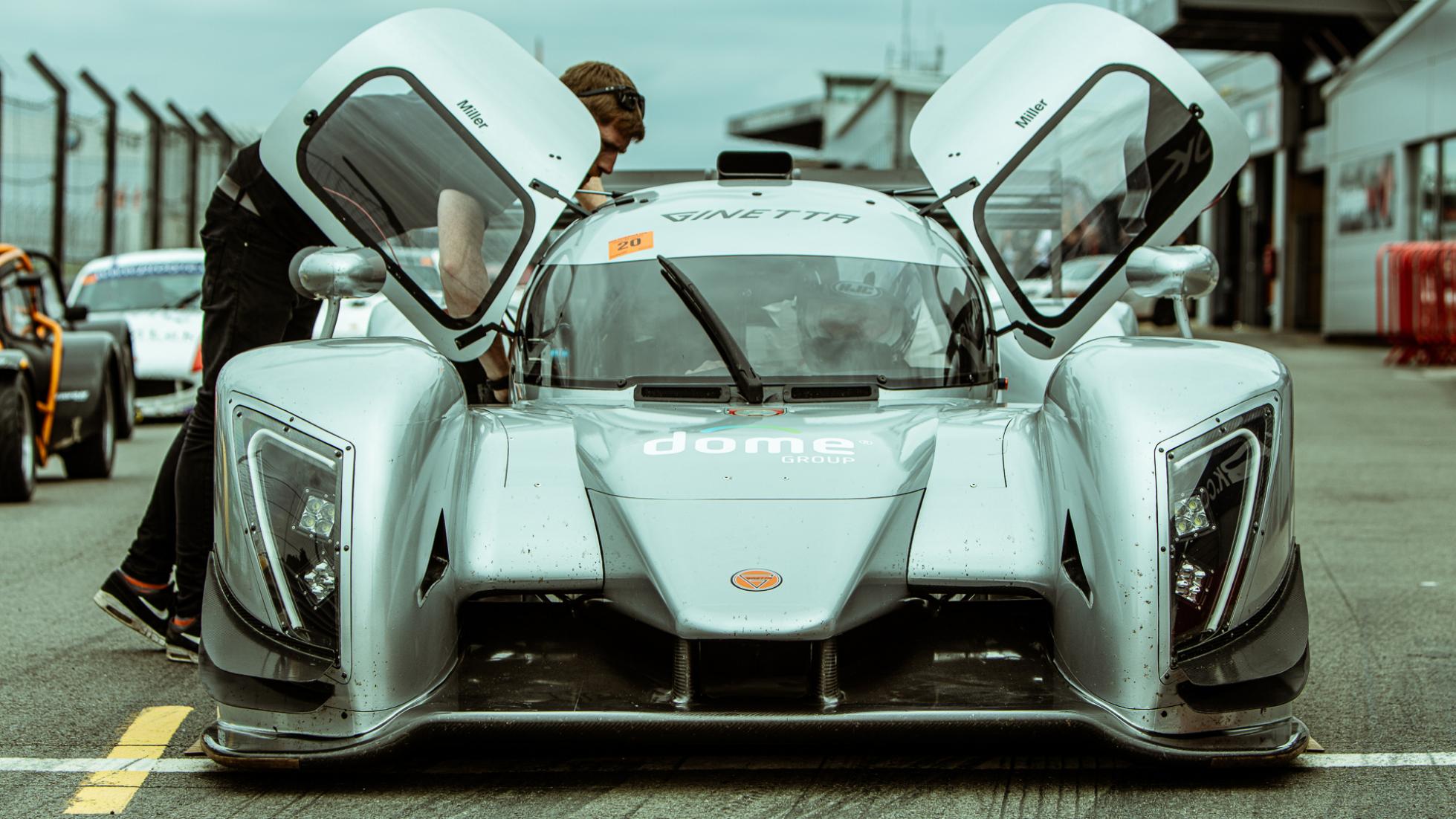 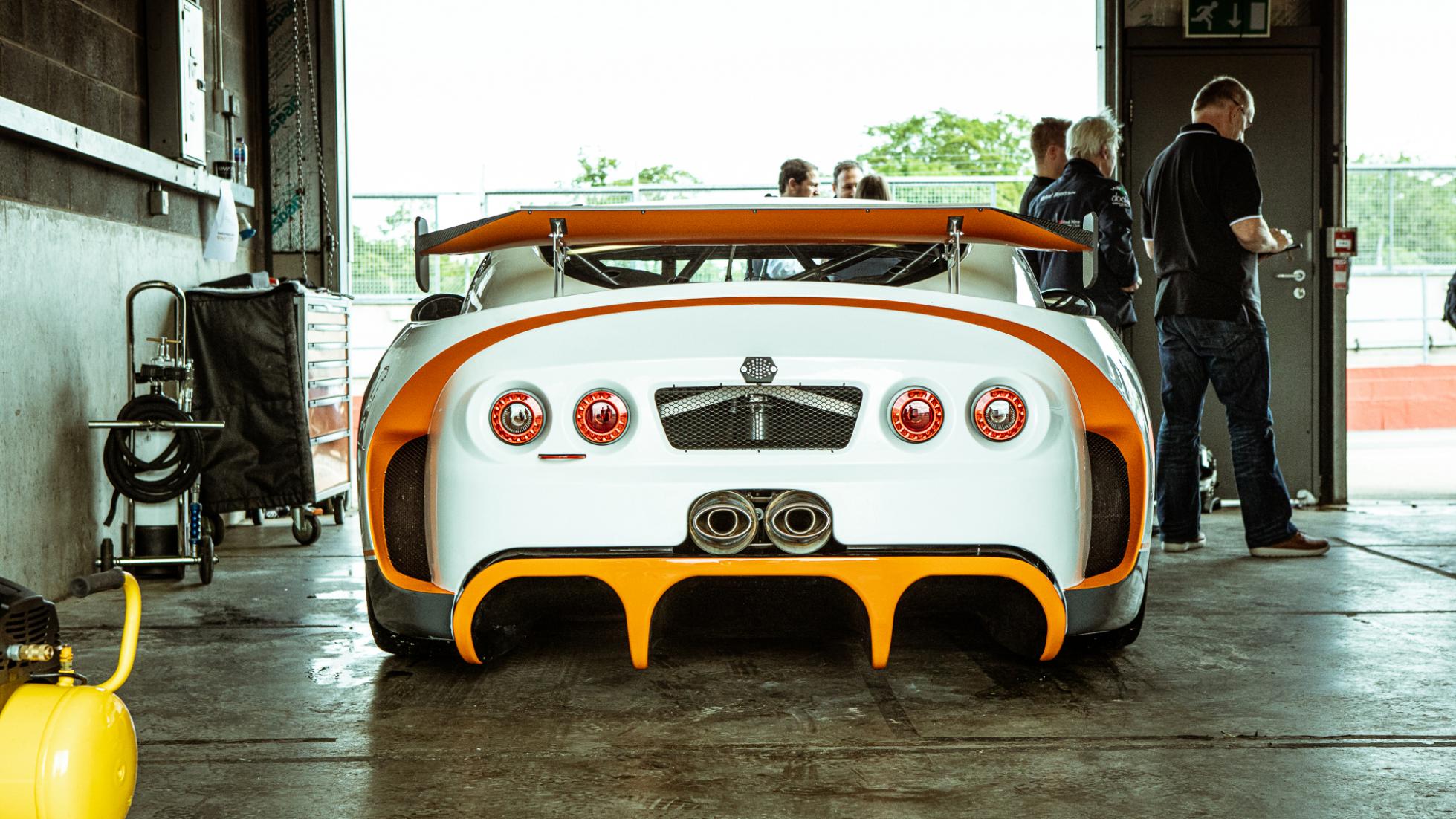 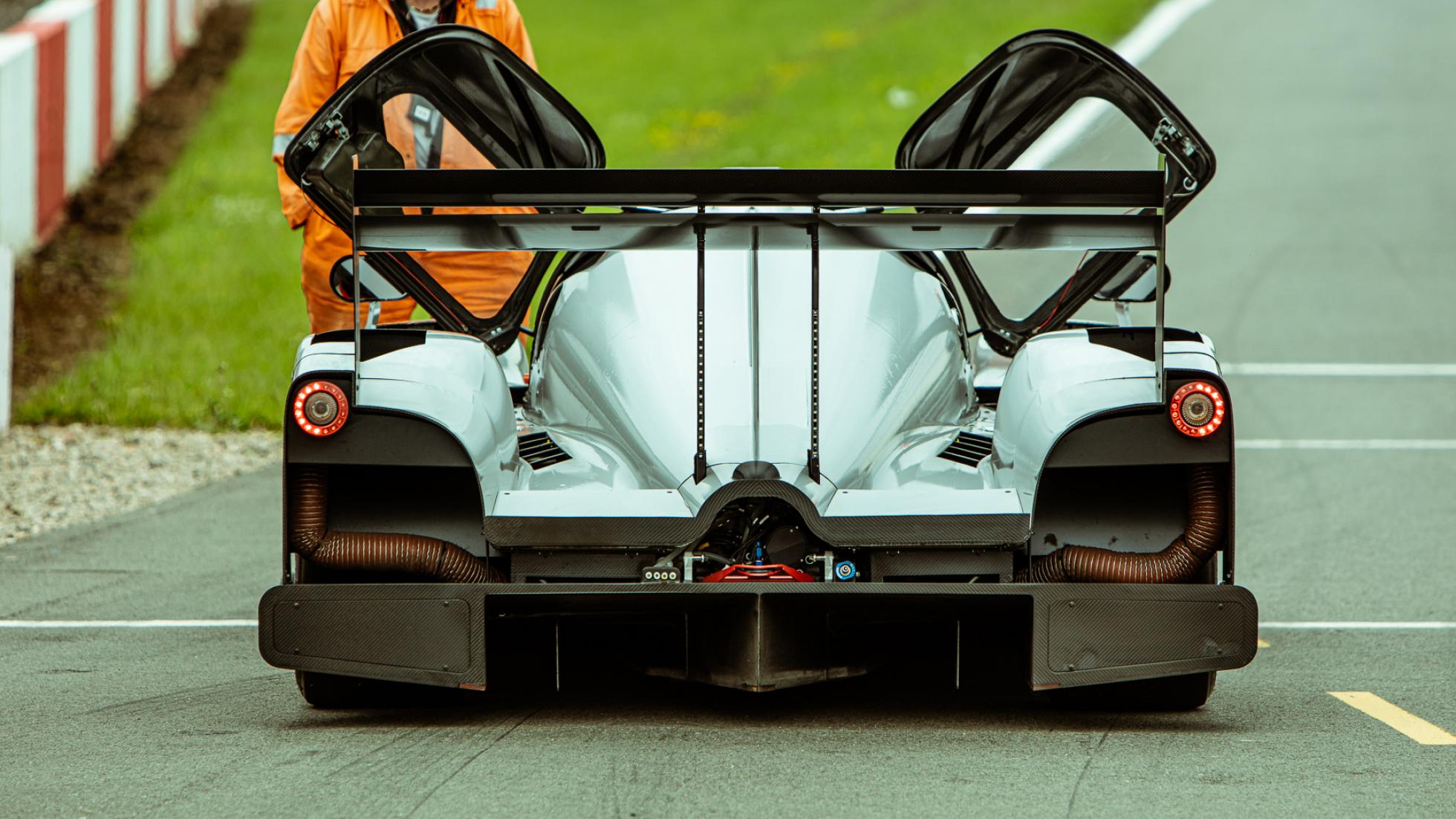 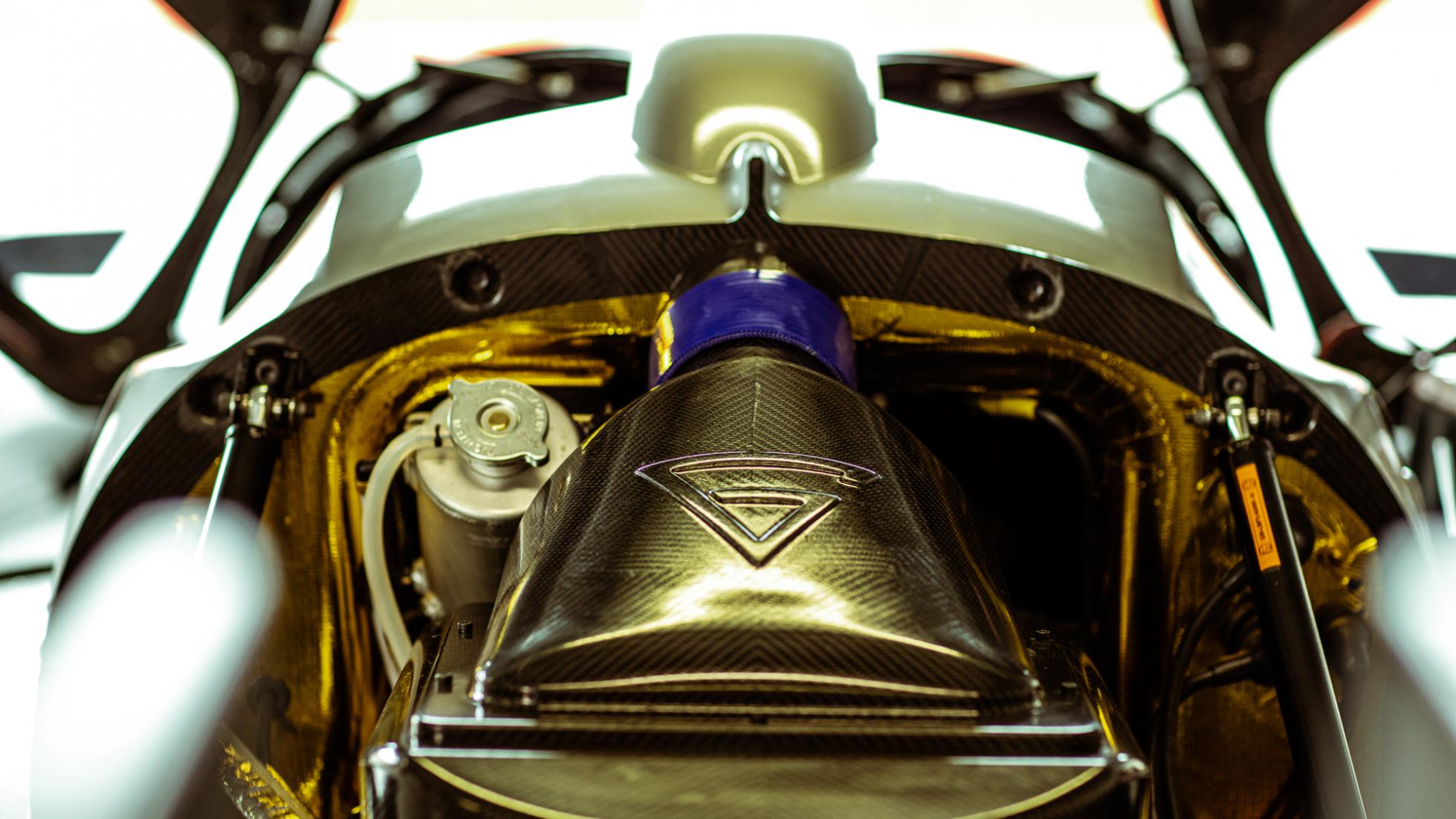 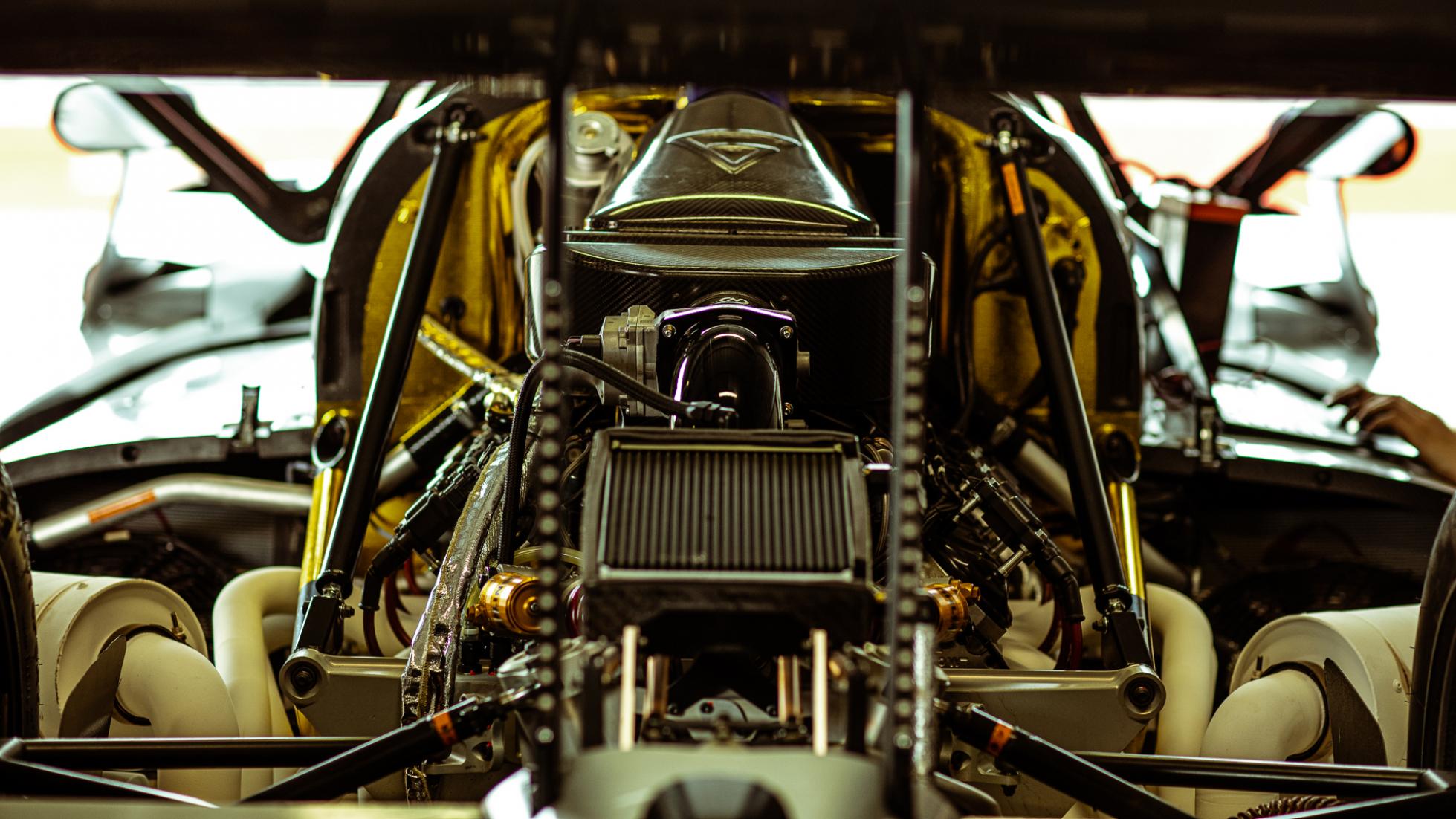 What in the name of slicks and wings is that?
A serious bit of kit, that’s what. It’s the Ginetta G58 – a purpose-built prototype racer from Yorkshire with Le Mans pedigree and enough downforce to leave your organs looking like pea purée. And we mean anyone. As long as you’ve got a driving licence, any Tom, Dick or Harry with a set of fireproof pyjamas can rock up and buy one, making it quite possibly the fastest car in the world that’s open to anyone to buy.

Sweet. I’m 17 and I’ve just passed my test with 15 minors, can I have one?
If you’ve got £239,000 (before VAT, or RM1.2m), yes. Which is a bit mental. But also an absolute bargain considering you can spend that same amount speccing up a Ferrari California T. Only with the Ginetta, you get performance akin to an LMP2 Le Mans car. And, once you have bought it, you can either take it on private track days or enter any domestic Prototype championship in the world. And it’s good at that racing stuff, having won endurance races in Dubai, Silverstone, Spa, Brazil and America to name a few. 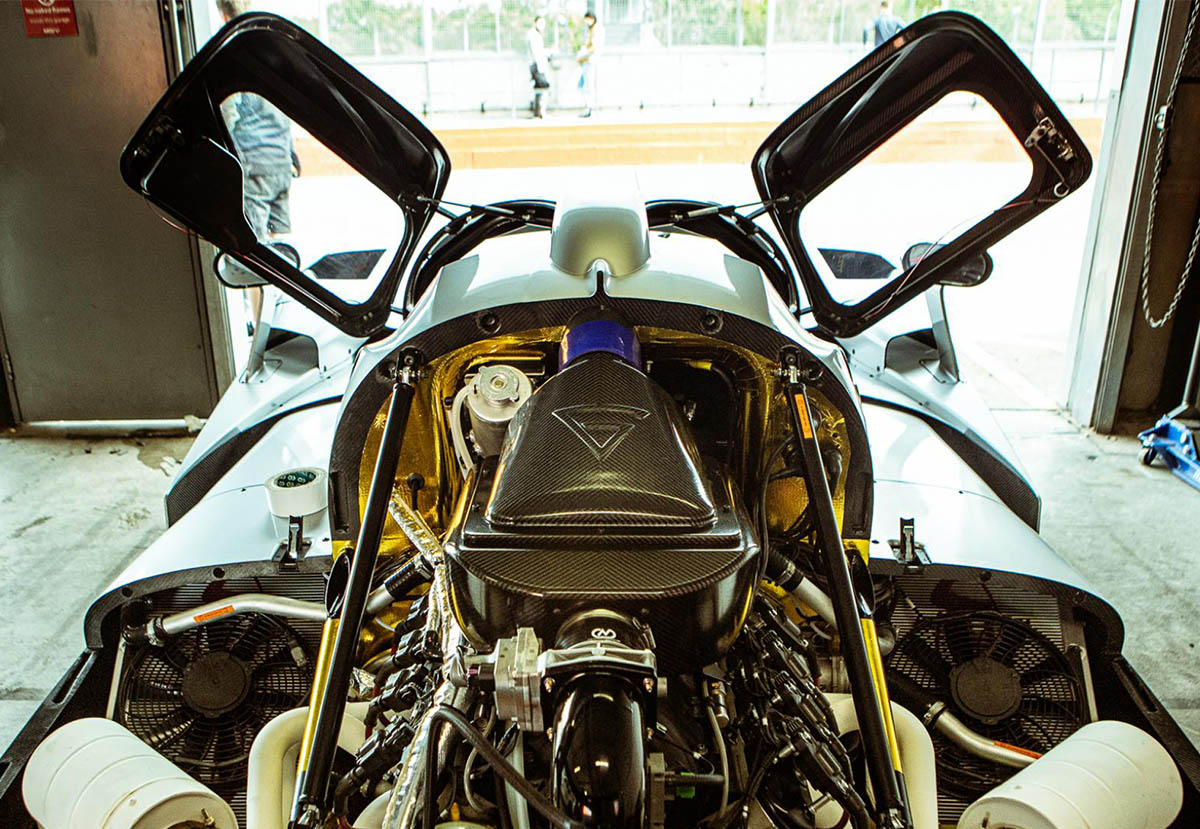 What’s underneath it?
Many, many good things. First off, an FIA-certified carbon fibre monocoque with a Chevy-sourced (but Ginetta fettled) dry-sumped 6.2-litre V8 nestled in between. That’s connected to a six-speed sequential ‘box from Xtrac (they really know what they’re doing when it comes to shifting gears quickly) plus nerdy electronics from Motec and Bosch including adjustable ABS, traction control and brake bias. There are also luxurious creature comforts such as power steering and air con. And things that you can really brag to all your mates down the pub, like FIA-approved fuel cells, crash structures, six-point race harnesses and megaline electronic paddle shifts. Now, excuse me while I just prod my spectacles up my nose.

Give me some numbers.
You ready? 575bhp. 940kg. 612 bhp-per-tonne. Over 1,200kg of downforce at 290kph and a top speed of 306kph. When you put all of these together – and a properly handy peddler behind the wheel – you’re rewarded with lap times that blow supercars out of the water. Actually, it blows race cars out the water. We’re talking 1min 50sec around Silverstone, which is over 10 seconds quicker than a Ferrari 488 GT3 race car.

But it’s a track-only toy, what’s the point?
Well, take that argument to the people who keep on buying these numberplate-less circuit hoons. Extortionately expensive, paired-back, ballistic track-only cars seem to be the flavour of 2019. There’s the Brabham BT62, McLaren Senna GTR, Ford GT Mk2, Porsche 935… the list simply goes on and on. But what makes the G58 stand out is that it undercuts those boys by a hefty, hefty chunk and wouldn’t be left in their wake around a circuit.

So I can just rock up with it on a trailer, turn the key and start setting lap records?
Not really. First off, we’d recommend having some tuition. No matter how much of a hero you are on Forza, everyone can benefit from a few whispers in the ear on how to get the most out of a car. Luckily, Ginetta offers an incredibly beneficial programme where you work your way up the ranks of its cars and into the big daddy, the G58.

The first rung is the baby G40 GRDC. With 135bhp, road tyres and a manual gearbox, it’s a simple and pure driving experience. Hustling 840kg with not much power and zero assistance (no power steering, ABS or TC) is the most rewarding and constructive way to learn the basics of track driving and probably the trickiest car to get right. After that, you’re promoted to the more powerful G55, then its GT5 racing variant, and then a much more serious GT4 car. That’s the real sweet spot. With a 3.7-litre V6 good for 380bhp, pneumatically actuated paddle-shifters, slick tyres and some aero to really prepare you for your prototype.

Is that tuition included in the price of the car?
Unfortunately not. Admittedly, a full day in all the cars with one of Ginetta’s hot shoes isn’t cheap. We’re talking £14,700 plus VAT (RM75,000) – but if you account for how many seconds you’ll shave off your lap time, it’s priceless as you’ll avoid the crippling embarrassment of telling your mates you’re the slowest man on circuit in the fastest car. Or worse, in the barriers.

Are there any other costs?
Well, you’ll need a team of three to run the car. That’s £7,100 plus VAT (RM8,000) for somewhere like Silverstone. But, as a reference, other teams quote upwards of £15k for a day test. Then there are the consumables. As Ginetta’s bread and butter is racing, its collective nous has led to super reliable, low-wearing cars and its spares are cheaper than the big boys. Brake discs last 12 hours per set and five sets cost £6k, or 69p per kilometre. A new clutch is £1,840.40, while slicks are £1,100 plus VAT and the engine has a 60-hour warranty.

But what’s it like to drive?
Sensational. As experiences go, nothing quite prepares you for a trouser browning moment like posting yourself into the claustrophobic cabin of a prototype. You grab the underside of the steel roll cage and throw your legs into the carbon tub like you’re descending a waterslide. See, you don’t really sit in the G58, rather lay supine with your ankles above your hips as you peer out of the domed screen that’s bookended by the front wheelarches. It’s proper race car stuff.

Firing the meaty LS3 into life, you’re massaged by the stonking V8 throb and pull away to the whine of straight cut gears. From here on out, the clutch isn’t needed. But your bravery is.

Why?
Well, the monstrous torque punches you to the horizon and the world gets very blurry very quickly. But corners are where the G58 really twists your melon. The Alcon monoblock 6-pot brakes with 355mm vented discs are seriously good at shaking off speed. A bit too good to start with as you end up braking far too early for corners. This, combined with an incredibly advanced ABS, mean you have no chance in locking the thing up. Even if a sumo wrestler wound his leg and stomped it down he couldn’t lock a wheel. This safety net means you have time to simply hang on. And you need to hang on. The black magic that’s known as downforce really does scramble what you know as cornering speeds as you can just lean on the car more and more and let the huge undertray, diffusers and canards do their thing.

Thanks to the power steering, turn in is wonderfully light and direct and you have to be a real loon to overcome the slick tyres and push into understeer. But with all that power and less than 1,000kg to push around, it’s quite easy to overpower the rears if you haven’t twizzled the TC knob up on the wheel.

Once you’ve settled in and adjusted to the speeds, it becomes utterly addictive to see how fast you can go. Saying that, as you are going so fast, there’s always a little worry demon in the back of your mind making you aware that if you do have an off mid-corner, you’re in for one hell of a shunt. But on an open track day, it’s like setting the day to ‘Easy’ mode. Sharing the circuit with a Porsche Carrera GT, many McLaren 600LTs and full-blown race cars, you just pick your moments and pass them utterly effortlessly while showering them in sparks from the rear diffuser for good measure.

So if you’re thinking of buying a £300k (RM1.5m) supercar to take on track days, don’t bother. Just do things properly and buy a G58 and dominate the day.