It’s only as I’m wafting along the long and not-so-winding roads around the Toro Canyon Park in the languorous 1958 S1 Continental Flying Spur that it hits me.

The supremely supple and sublime quality of the lux-leisurely, almost languid driving experience is as big a part of the quintessential Bentley DNA as is the more obvious sporting heritage embodied by the charismatic V8 models, as well as the storming W12 Speed variants.

Earlier that day during the drive over in the latest Flying Spur Hybrid from Beverly Hills to our lunch stop at a private residence in the Toro Canyon Park, we wondered how such a car would fit into the Flying Spur range, which will now comprise V8, Hybrid, W12, with Mulliner trim available for all three.

After all, one would have to be a huge fan of last-mile zero emissions motoring (to the FS Hybrid’s tune of about 40km in full electric mode) to give up the snarling performance and athletic agility of the cheaper FS V8.

Instead of Rolls-Royce’s big leap forward into pure-electric with the Spectre (come end 2023), Bentley has decided to adopt hybridisation (with the Bentayga and now the Flying Spur) on its journey towards gradual electrification.

I reckon the instant response typical of electric powertrains and the whisper-quiet delivery are perfect for ultra-luxe cars operating in such a rarefied segment. After all, there's no longer the ICE powertrain's – or any other mechanical – sound to jar you away from the reverie of admiring the scenery during the drive, or simply luxuriating in the opulence of the cabin environs in good company.

There are benefits to Bentley being a member of a multi-brand automotive group, because powertrain technology can be adopted, tested and matured elsewhere before it’s adapted and applied to the specific demands of the Bentley cars. 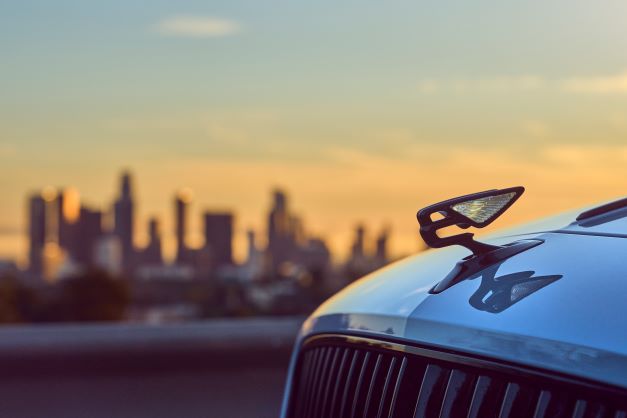 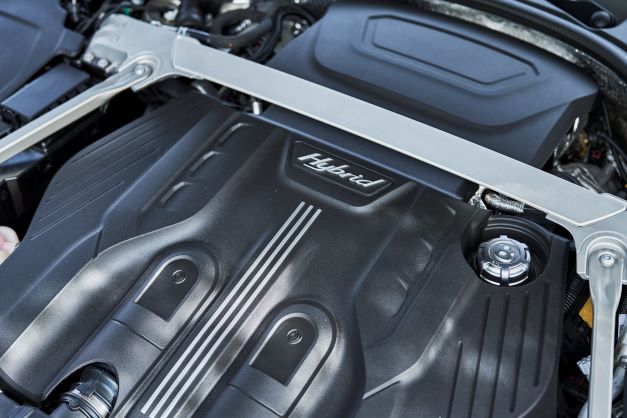 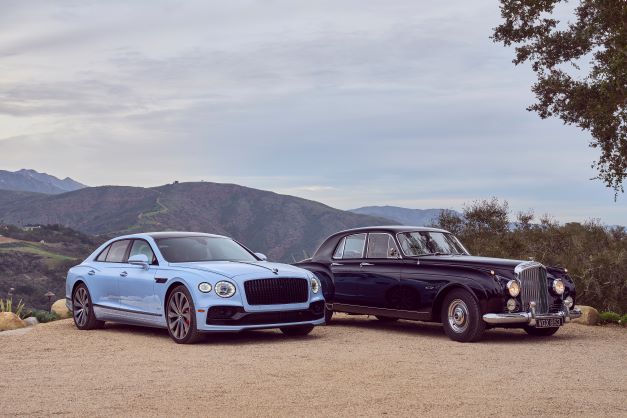 Well, it’s not entirely unlike the days when Nokias were running-in the latest tech before the stable, tried-and-tested features found their way into the ultra-luxe Vertu phones…

When you consider the luxe-leisure drive quality demanded of grand touring Bentleys old and new, a big clue to the Flying Spur Hybrid’s raison d'être can be gleaned from the superlative ability of the 1958 S1 Continental Flying Spur, a four-door ‘special’ coachbuilt by HJ Mulliner.

The S1 Flying Spur is unhurried, unflappable and remains resolutely unperturbed by poorly patched roads. The inline6 and silky 4spd automatic gearbox return effortless, long-legged performance for leisurely cross-country drives or high speed cruising on arrow-straight highways, all with an emphasis on serenity over scintillating.

And everything clicked into place when we started driving the Flying Spur Hybrid serenely, instead of trying to wring it through every corner we came across. You’ll want to waft sedately in the FS Hybrid and the hybrid powertrain helps you achieve just that.

From the outside, the Hybrid gets ‘Hybrid’ badging on the lower front fender, quad oval tailpipes and a charging point on the rear fender, so you’ll have to look reasonably hard to tell it’s a Hybrid.

Inside, the Hybrid features all the familiar intricate detailing and Flying Spur trappings of plush, posh comfort and that unmistakable solid-hewn feel of the brand’s ornate switchgear and organ pull air-con vent controls.

Hybrid being hybrid, it comes with additional displays and buttons to control and monitor the hybrid petrol-electric powertrain, as well as a suite of connected car services via the 'My Bentley' app.

Like all tech, it isn’t something you’ll want to faff about with – you expect it to work well when left to its own devices and it does.

As with most users of partly/fully-electrified vehicles, you only want to know how far it’ll go (we’re quoted a combined 700km range) and how long it’ll take to power-up (full charge in about 2+hrs with a fast charger).

Technology should work for you subtly and preferably in the background, as opposed to having it take over your life, but a lot of people tend to lose sight of this – a few brands do get it right and we’re glad to say Bentley is one of them.

The only time I toggled between the three E Modes was to set it in EV Drive for full-electric motoring as I entered/left the city limits.

At the heart of the FS Hybrid beats a twin-turbo’d 2.9-litre V6 and electric motor with 18kWh lithium-ion battery combo (just like its Group-mate, the Porsche Panamera e-Hybrid), which in the case of the Bentley, delivers a combined 544hp and 750Nm.

Together, the engine and E-Motor work well to create a sense of seamless propulsion from the moment measured pressure is applied to the accelerator pedal and the 8spd dual-clutch starts working its way up the gears.

The FS may tip the scales at two-over-tonnes, but it’s still sensitive to (added) weight, with the Hybrid playing 2505kg against the W12’s 2437kg and the V8’s relatively flyweight 2330kg. This endows the V8 with a deceptively entertaining agility, which makes it an engaging weapon of choice when you’re dive-bombing into corners.

However, there's a gravitas to the FS Hybrid's nature that never eggs you on to rush it or push it hard in an unbecoming fashion.

It is far better suited and content to waft around in a state of unruffled calm, with the cabin serving as a well-appointed place of refuge for all the occupants from the hustle-and-bustle of the world. 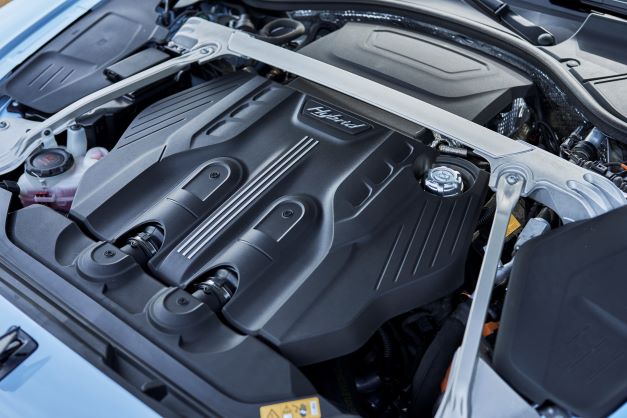 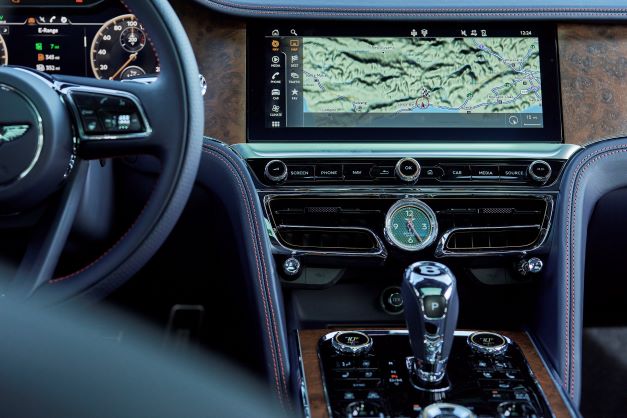 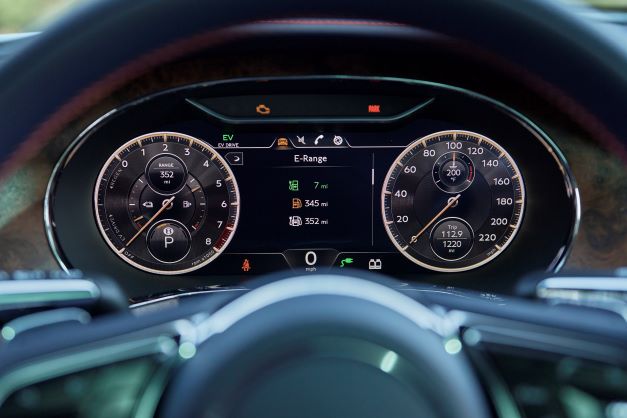 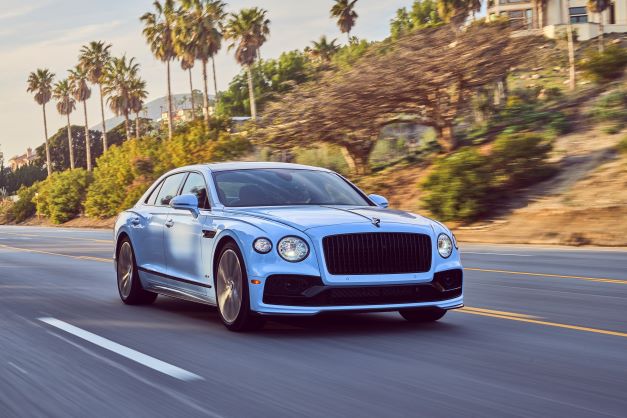 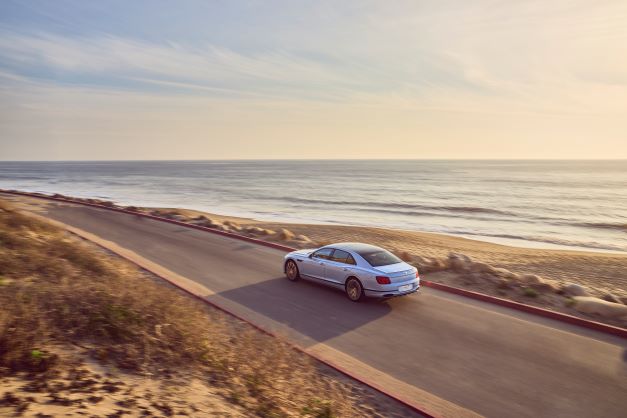 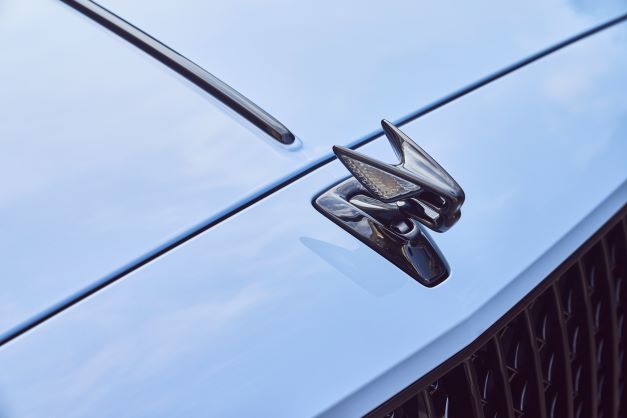 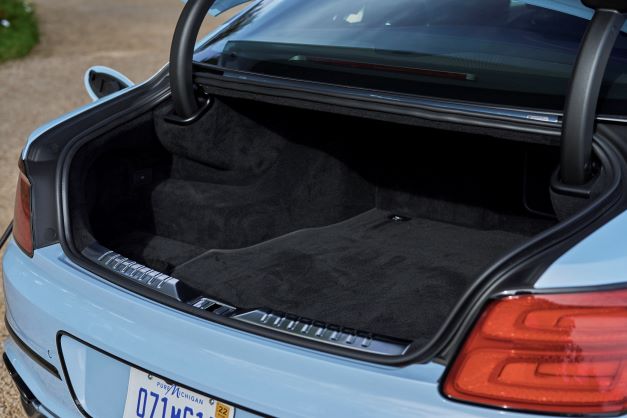 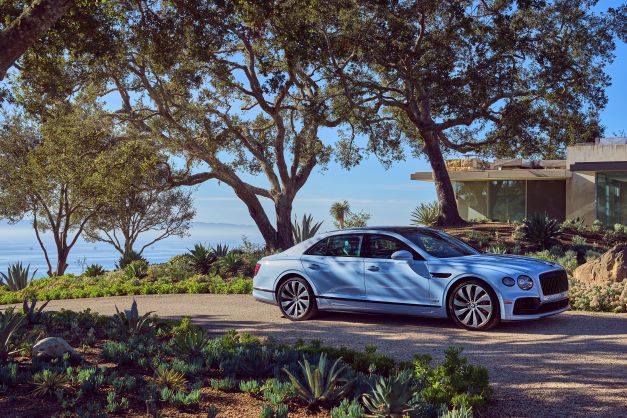