What you see here are the bookends that prop either end of the racing 911 encyclopedia. On the one hand, we have the latest GT3 Cup car, complete with a familiar-sounding 3.8-litre flat-six and paddleshift transmission; on the other, we have something from the outer reaches of an engineer’s imagination. A car called Moby.

Let’s start with the car that’s easier to get to grips with - the Cup. This is what the GT3 is pretending to be when you take it to a track day. The two are more closely related than you might expect: identical exterior dimensions, broadly the same power, same basic suspension layout. OK, so the transmission is a single-clutch dog ‘box, but that’s the biggest mechanical change.

They don’t feel that similar, though. The racing version has nothing in common with its road counterpart inside, the cabin ripped raw, wires circulating between black boxes, digi dash and switchgear entirely unfamiliar. The engine note is familiar but massively amplified, and the throttle appears to be cunningly disguised as a trigger. There is a clutch pedal too, but you only need it to get going, as once up and running (and provided you’re accelerating or braking hard enough), a pull of the paddle is enough to trigger the pffft-clack of the pneumatic shifter. It’s great, but riding on slick tyres and carrying a lot of camber, it’s not nearly as well mannered as the road car, hunting and weaving around.

But the other car in the pictures is even worse. And even more fun. Worse? I mean technically flawed, because in my eyes, Moby Dick, correctly known as the Porsche 935/78, can do no wrong. This is the racing car that sealed my love of motorsport as I imagined myself, aged five and with eyeballs jiggling, ripping down Mulsanne at 365kph. Being allowed to drive it (and there really is only one) means more to me than I can say.

It’s 35 years old. It remains to this day the most powerful 911 of all and is borderline terrifying, even in a place with as much open run-off as this. And no, this has little to do with a value that runs into millions. Unlike the Cup car, which, broadly speaking, started life as a road car and is still on speaking terms with one, if Moby were placed next to an original 911 Turbo, you wouldn’t spot they came from the same planet. Porsche exploited the rulebook rigorously, raising the floor, dropping the body by 75mm, even mounting the gearbox upside down, and then attaching the cartoonish bodywork that gave the car its nickname over the top of the original panels. Have a look at Moby’s rear for proof.

The 3.2-litre flat-six was totally overhauled (by Hans Mezger, naturally), with water-cooled cylinder heads and all sorts of trickery, including an additional KKK turbo. But then, while the basic 911 Turbo delivered 260bhp, Moby had 845bhp. And a four-speed manual gearbox where first is good for 160kph. And a locked rear differential. And turbo lag you could measure in terms of continental drift.

It’s not an easy car to drive. It’s more a living, breathing monster. You’re rolling along in first, and here’s what happens. Nothing. Then a faint whistle, like the distant approach of a steam train. It’s steady, becoming more insistent, getting towards boiling kettle. There’s a tone change as suck turns to blow. Moby starts to push more insistently, and then pressure arrives, and you’ve travelled into the next dimension. The full Star Trek. It’s astounding. The first time, I guarantee you’d lift as your survival instinct kicks in. It’s otherworldly, difficult to process - most of a Veyron’s power but with half the weight.

So lag is an issue. And so is understeer. With a locked diff, Moby doesn’t like turning much, so has to be muscled in - ideally while braking so as to keep some weight on the nose. Plus, you want to be building power up with the right foot to overcome lag when you get to the exit, not forgetting to tense your buttocks for the moment the turbos hit. From then on, every time I hit the throttle, I whoop at the sheer joy of it.

This is an amazing car, so mechanical in its operation and yet so flawed. The only thing it has in common with the newer Cup car is an engine layout and some particularly delicious Martini livery. Instead, it shows how far things have progressed, how the 911 has become more manageable, how Porsche has taken a flawed concept and mastered it. 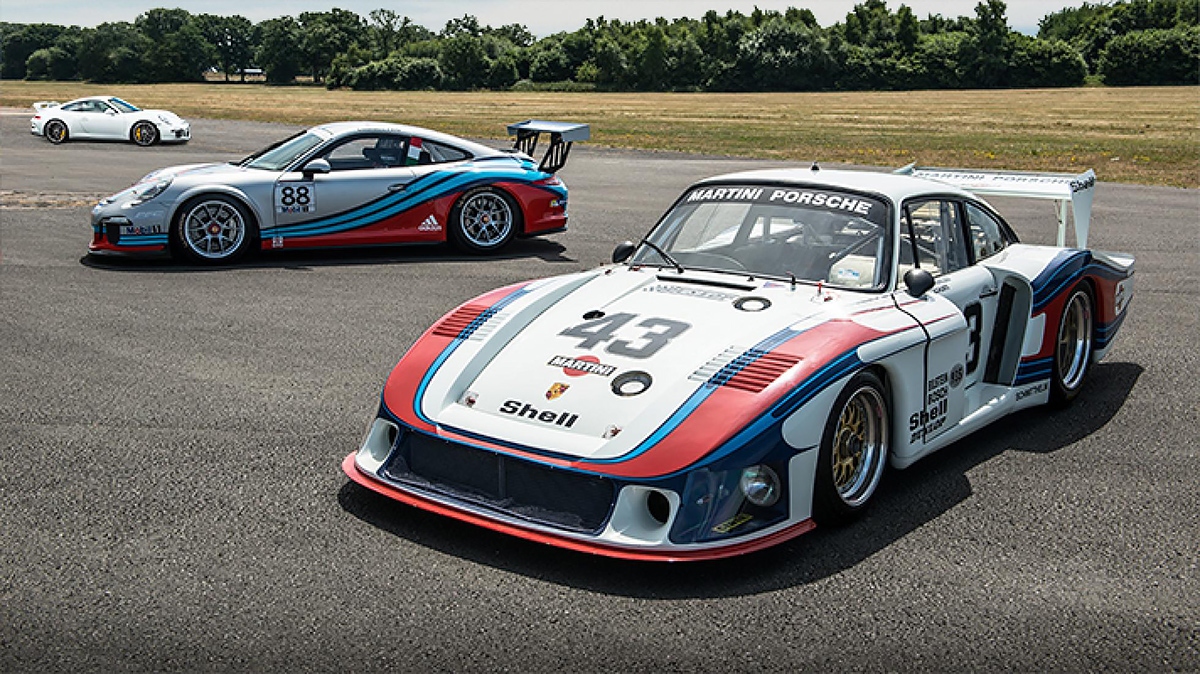 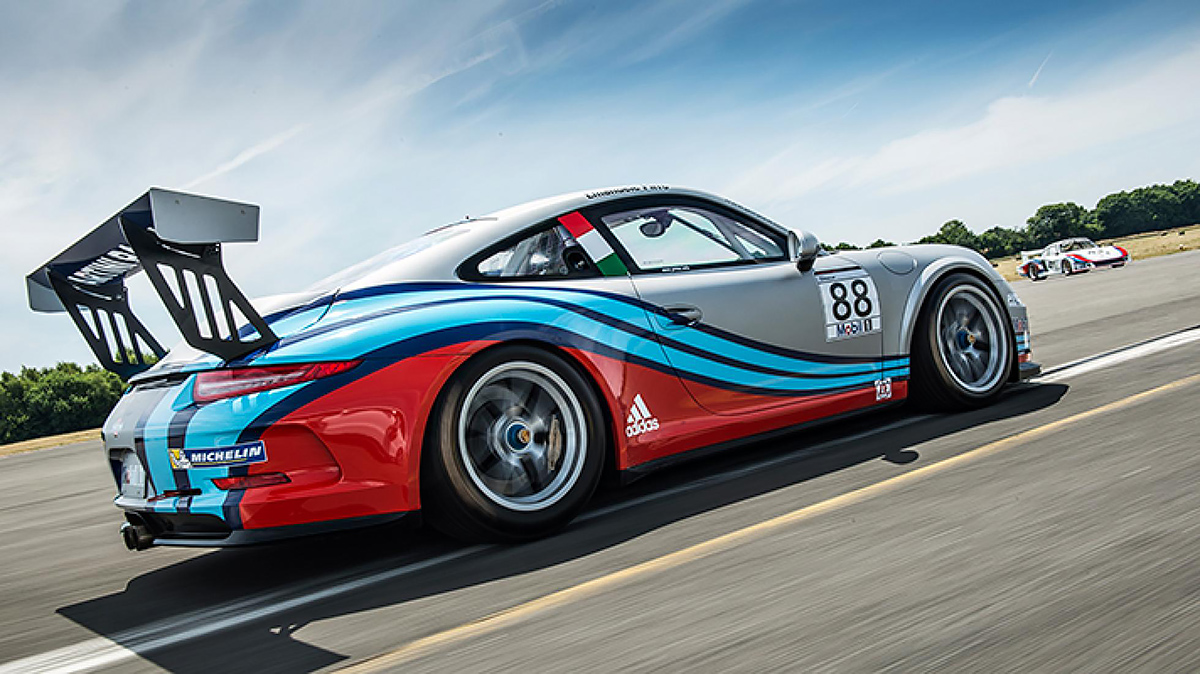 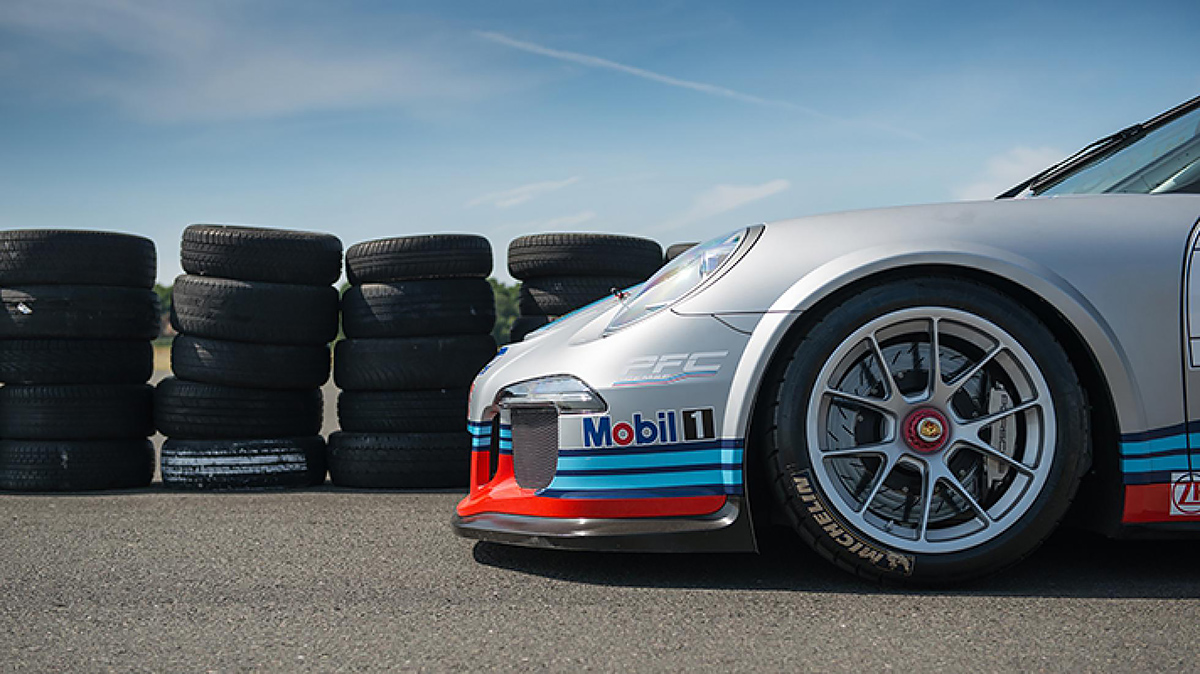 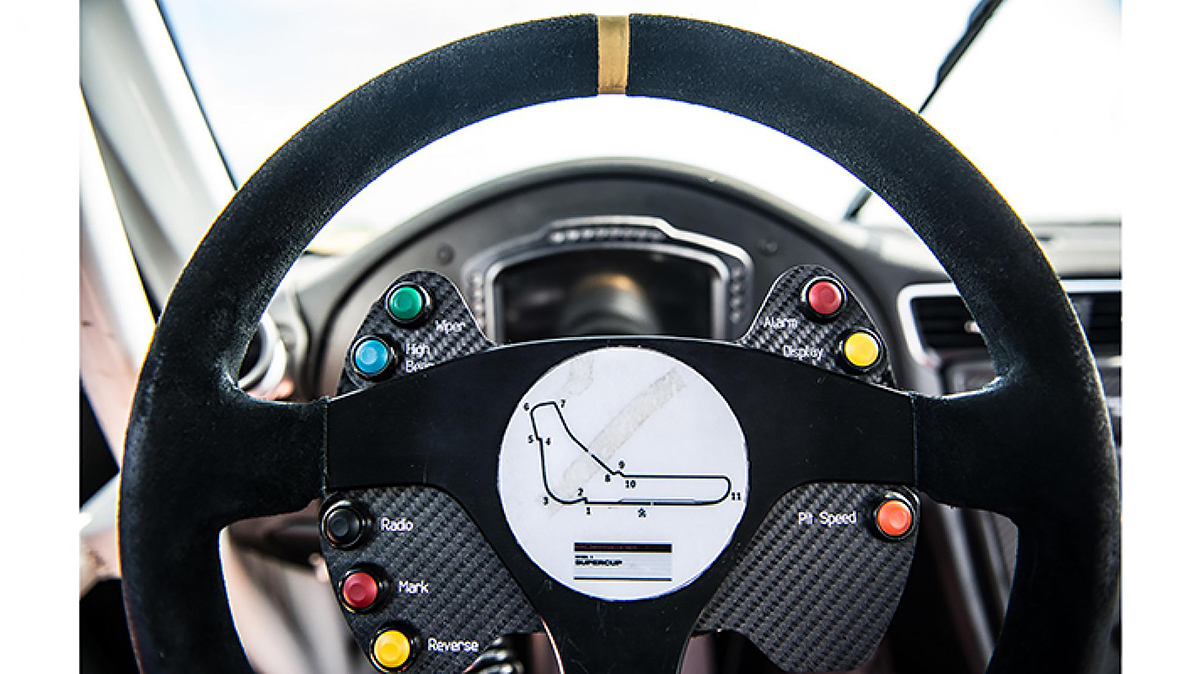 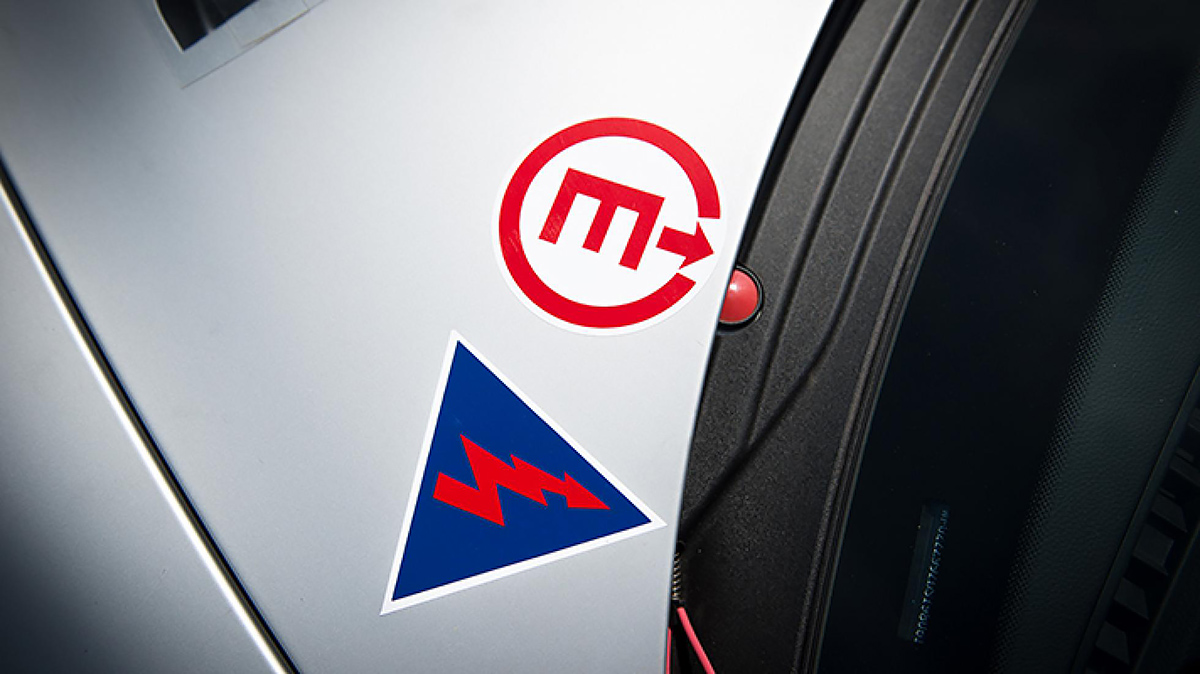 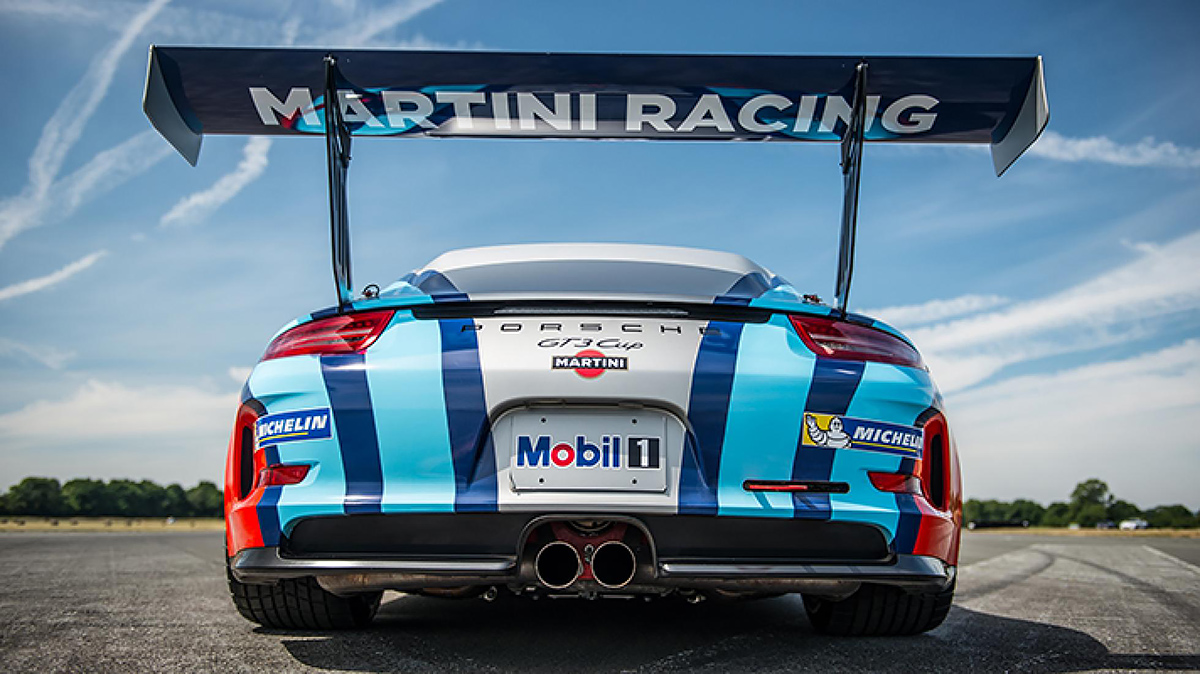 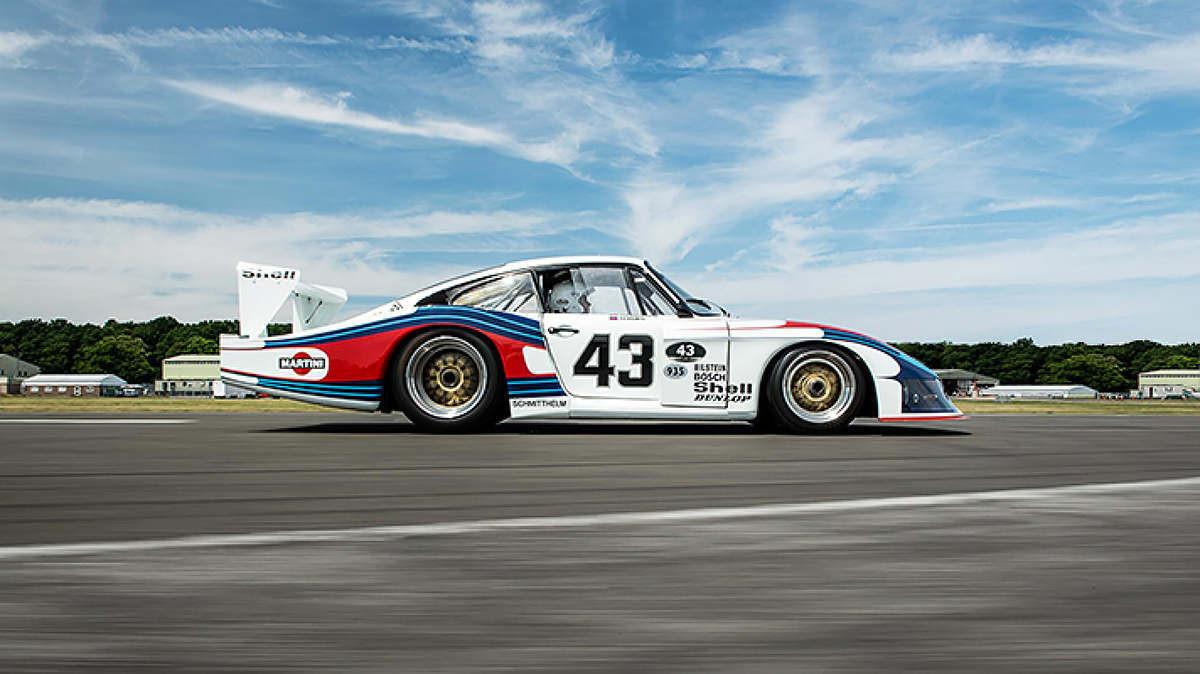 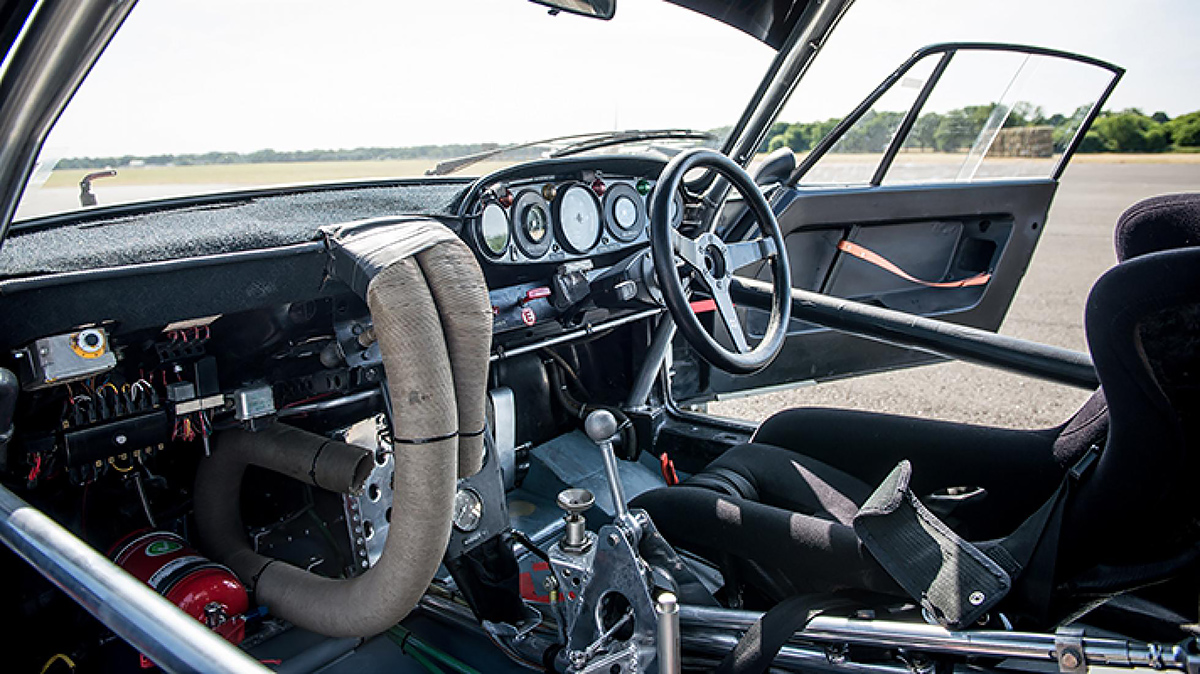 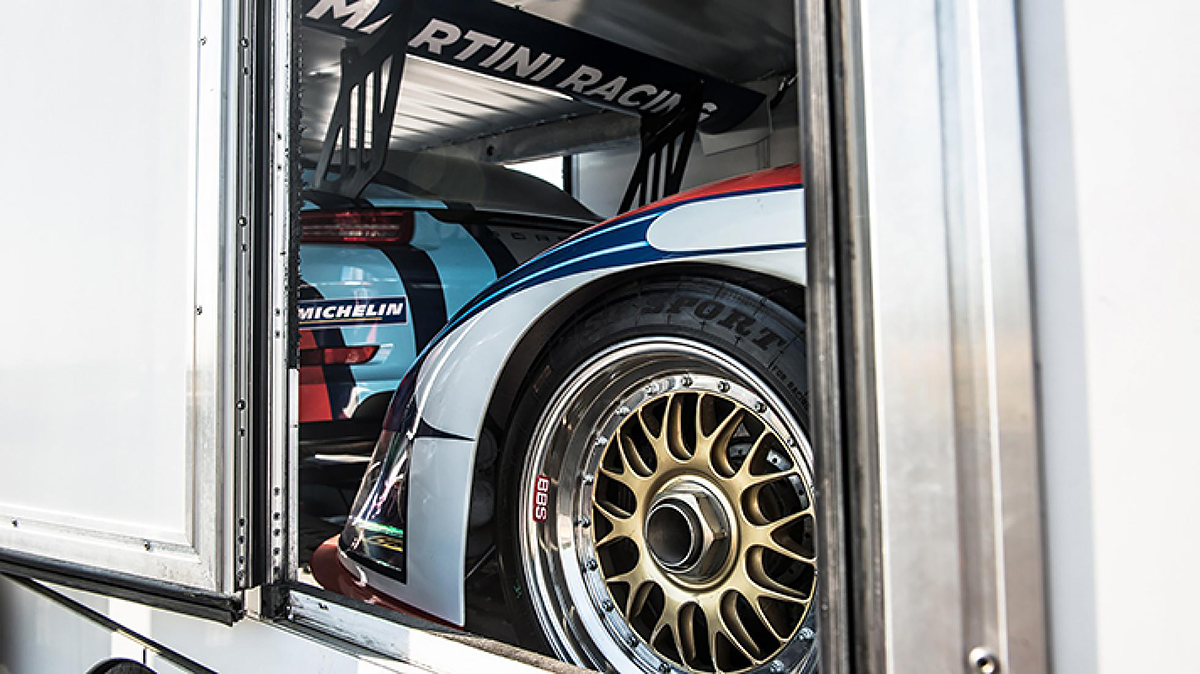