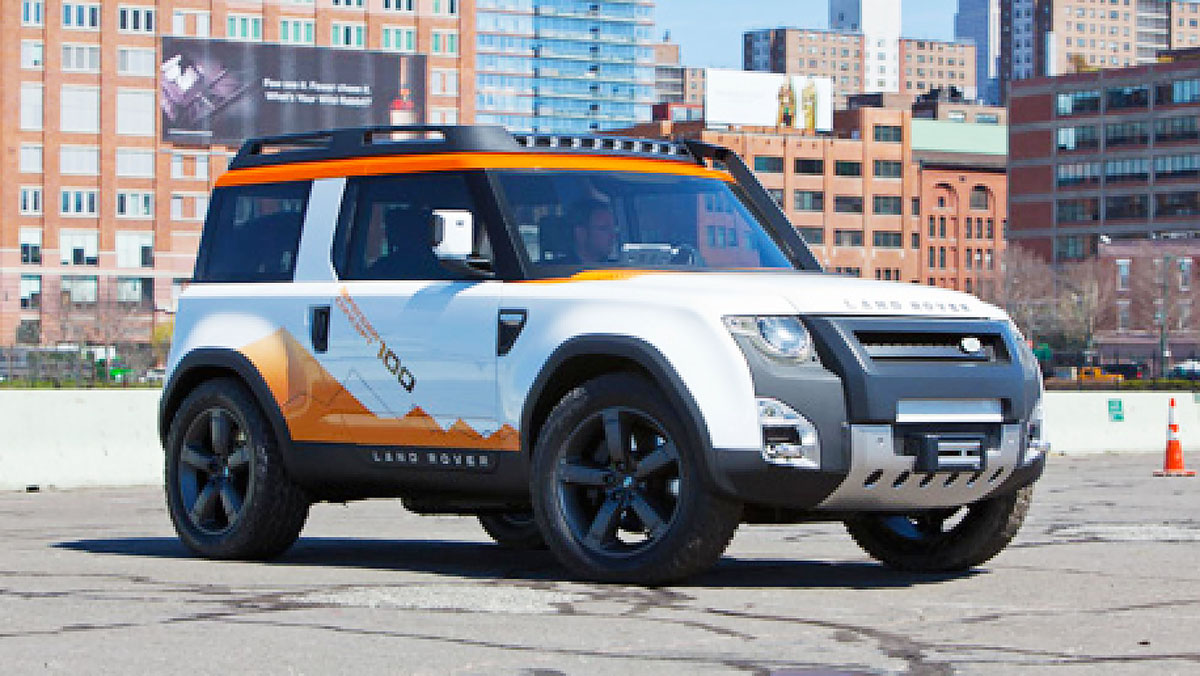 There’s no point lying to you. Yes, we had a go in the Land Rover DC100 concept in New York. And yes, it did move, under its own steam using a Jaguar Land Rover V8. And it sounds great, incidentally.

But that’s about it - if I did 8kph I’d be amazed, and it was in a mostly straight line on a pier where the Titanic rescue ship, the Carpathia, docked in 1912. The single corner we managed was taken at all of 3kph.

This is still very much a concept - it’s not been built to be driven at all so we were lucky to get 200m in it. But it does show how Land Rover is thinking about going with the follow-up to the Defender, that most tricky of second albums.

Why? Because the DC100 is one half of a two-concept offering, the other being the DC100 Sport convertible, with Land Rover thinking that by offering two Defender choices it can tap into all the markets it needs to. The Sport will cover off the lifestyle buyer, the DC100 we drove will see to the more utilitarian customer.

In which case, not much will be able to stay the same from this concept. The V8 felt quick, but that won’t stay for the production car, and the interior is definitely more suited to Bob from California than Ieuan from Merthyr Tydfil. There’s a touch screen in the middle of the dash, for the latest Terrain Response system which will be able to accurately map out the land in front of you, and at the moment it’s only a two-seater. Good for a surf board, less so for cramming people in. There’s leather everywhere, and not a practical cubby in sight - even the seats are the thin, concepty sort that look good but don’t offer much comfort.

Does any of this matter? Not a jot. It’s a study in where Land Rover might head with the Defender, and it’s heading there fast. Land Rover has said it will launch the real thing in less than three years - no time at all in car manufacturing terms - so watch this space for more updates.