Bentley’s first electrified car, right?
Do you find that surprising? Part of me wondered whether, given it celebrates its centenary next month, Bentley might have had a crack at an electric car within the last 100 years.

But no, this is the first. And, Bentley claims, the world’s first luxury hybrid – well, at £130,500 it’s a step up from the Lexus RX450h, although a Porsche Panamera Turbo S e-Hybrid Sport Turismo is more expensive (£140,870) and faster. Much faster.

I’d imagine so, it must be half the weight. Aren’t they technically similar, though?
Two questions in one, there. Let’s deal with the question of weight first. There’s not as much in it as you might think, as the Panamera is a 2,310kg heffalump. But yes, at 2,626kg this is the heaviest Bentayga of them all, weightier even than the flagship Bentayga W12 Speed, so the fact that, with a mere 3.0-litre turbocharged petrol V6 under the bonnet, it can propel itself to 100kph in 5.5secs is pretty impressive.

And yes, the tech that underpins it is very similar to other premium hybrids in the VW Group range. As with the Porsche, there’s a single electric motor and it’s sandwiched in the gap between the engine and gearbox.

Here it’s a fraction less powerful (126bhp instead of 134bhp), and the 13kwh, 210kg battery that feeds it is 1kw smaller. Still, it’s enough for Bentley to claim an electric-only range of around 48km, with a top speed in e-mode of 135kph. Got a wall box at home? You’ll have full charge in 2.5 hours.

A plug-in Bentley, no less. Is any owner going to bother plugging it in?
Not for cost-saving reasons. But big SUVs are popular in cities, and cities are clamping down on emissions. A luxury SUV that can trundle its wealthy occupants around a zero-emissions city centre isn’t to be sniffed at. Maybe one of the staff can plug it in. 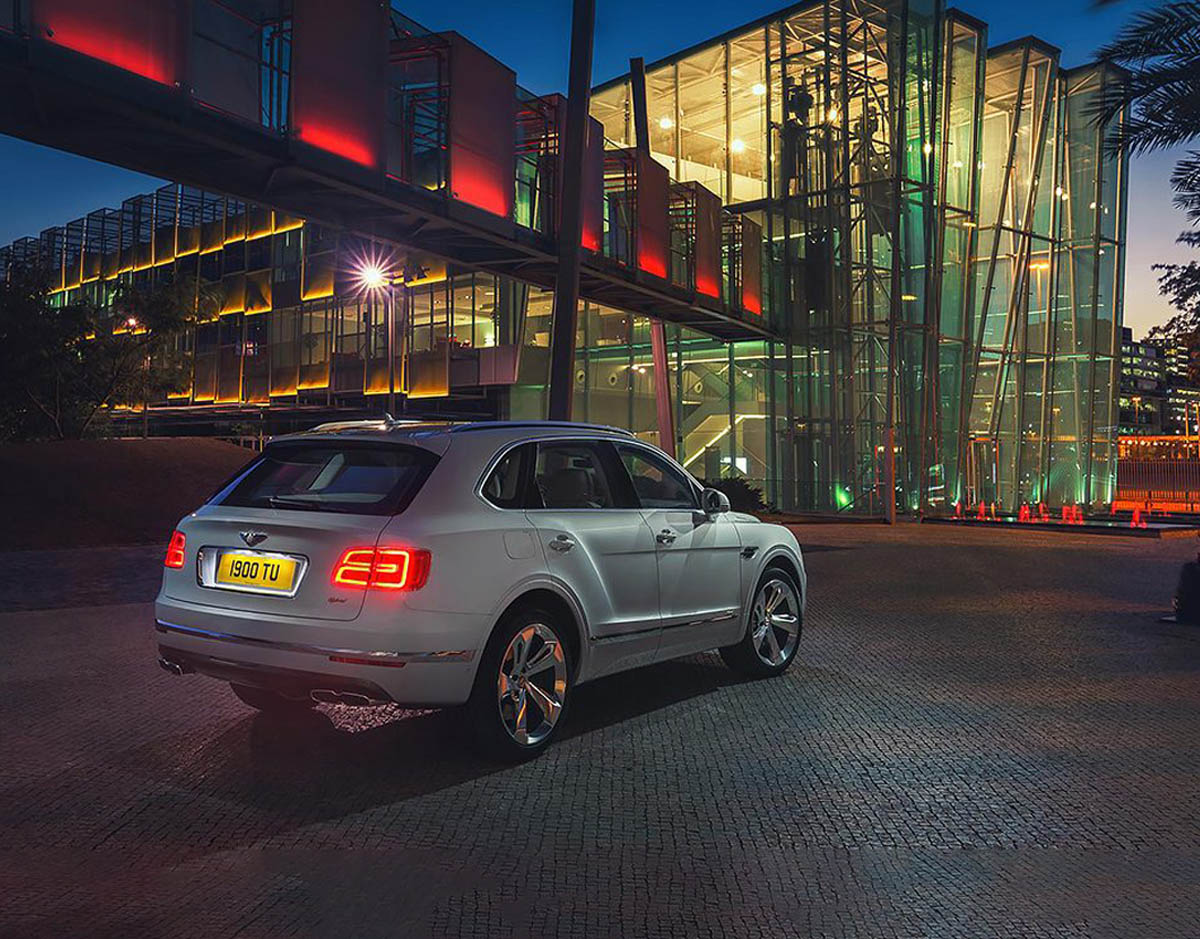 Why is that necessary, does it not charge as it drives along?
Only under braking. Which you’d imagine would be enough, given the weight and momentum involved. But then a great deal of energy is expended in getting it up to speed. The trouble is that the engine can’t divert spare power to charge the battery, so once the cells are spent, it takes quite a while to get charge back into them. Fifteen miles of concerned driving yielded just one mile of e-range in the battery.

The theory is that, driving from your country pile to your city pied-à-terre, you’ll use the petrol on motorways, then electric as the speeds decrease. The reality is that you’re going to have to rely on the sat nav to manage that.

How come?
Bentley isn’t alone in this, but when you tap a destination in, the system works out the most efficient way to use the power sources. So all you have to do is put it in Hybrid mode and it does the rest.

Already in the city? Just press the button on the centre console to switch to Electric mode. That way you’ll ensure the petrol only starts if you push beyond the step point in the throttle. And the map shows you a green-edged splat of your potential e-range. In Hybrid mode, the throttle’s step point isn’t there. The final e-drive option is Hold. This attempts to maintain battery charge levels so you’ve always got e-range available.

Can you drive it with one pedal?
You mean does it deliver enough retardation when you lift off to slow the car? No. Bentley decided that sort of new-fangled idea wasn’t for its owners – you use the brake pedal and it’ll brake electrically via the motor up to a certain point, after which the discs take over. That handover point is well dealt with – you’re not really aware of which component is doing the slowing. But then this is a Bentley SUV, a car designed to smother sensation.

Press the starter button and you get even less sensation than in a V8 or W12 Bentayga (the diesel has now been discontinued in Europe). That’s because it starts in electric. It’s best to twist the dial from Comfort to Bentley, just to make the throttle a little more alert, but after that the Bentayga moves about contentedly on e-power. Entirely silent, entirely smooth.

But not entirely swift. Only 126bhp moving 2.6 tonnes, remember. Enough to get around town with, but you’re never going to hit that 135kph electric max – you’ll have lost the will to wait beyond 64kph, pressed well past the catch point in the throttle to rouse the V6 petrol.

Is that the end of silence and smoothness?
Not entirely. The engine fires unobtrusively, the issue comes when you ask more of it, or specifically cause it to kickdown. Because no matter which way you choose to look at it, the V6 is not remotely as refined and soothing as the V8 or W12. There’s a bit of harshness in the mid-range, a slight hiccup as kickdown engages, the noise it makes isn’t very… Bentley. It’s coarse and you feel the vibrations.

And going quickly uncovers the physics of the mass and momentum. It’s not as together as other Bentaygas, not as head-shakingly capable of going round corners at silly-boy speeds. But that’s not what the Hybrid is about. This is not Bentley defying science, but Bentley trying to show that you can have your 2.6-tonne SUV and be kind to the environment. You do have to put up with the way it looks (although the Cullinan has indirectly made it more acceptable), and for such a huge car it isn’t actually that spacious for passengers, nor the rear bench that comfortable.

Are you sold?
Not entirely. The battery isn’t big enough and it doesn’t replenish charge quickly enough. This is still a hybrid where, unless you’re doing short hops across cities with regular opportunities to plug in, the petrol engine is still the dominant partner.

But I also understand what this represents: Bentley showing it’s not scared of the future. It’s got a viable electrified car out into the market before Rolls-Royce, and with more to come. By 2023 there will be an electrified version of every Bentley model. In 2025 we’re promised the first fully electric Bentley. This Hybrid will also, I suspect, bring more people into the brand. The wealthy aren’t all petrol-quaffing fuel louts after all. 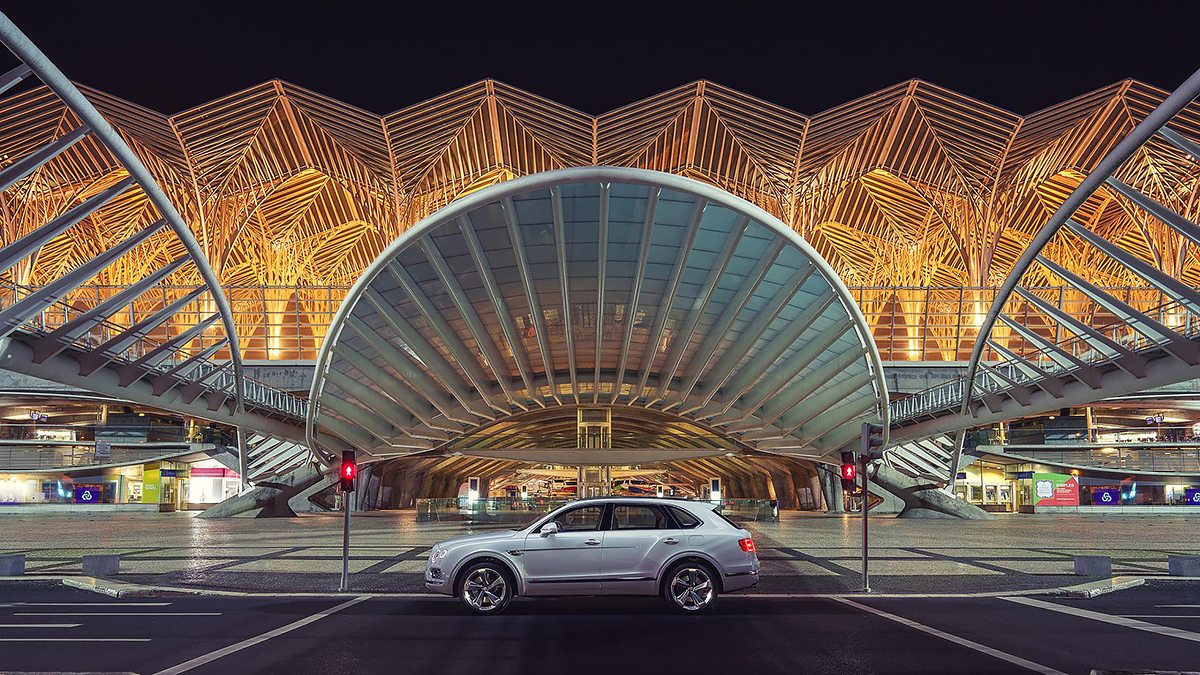 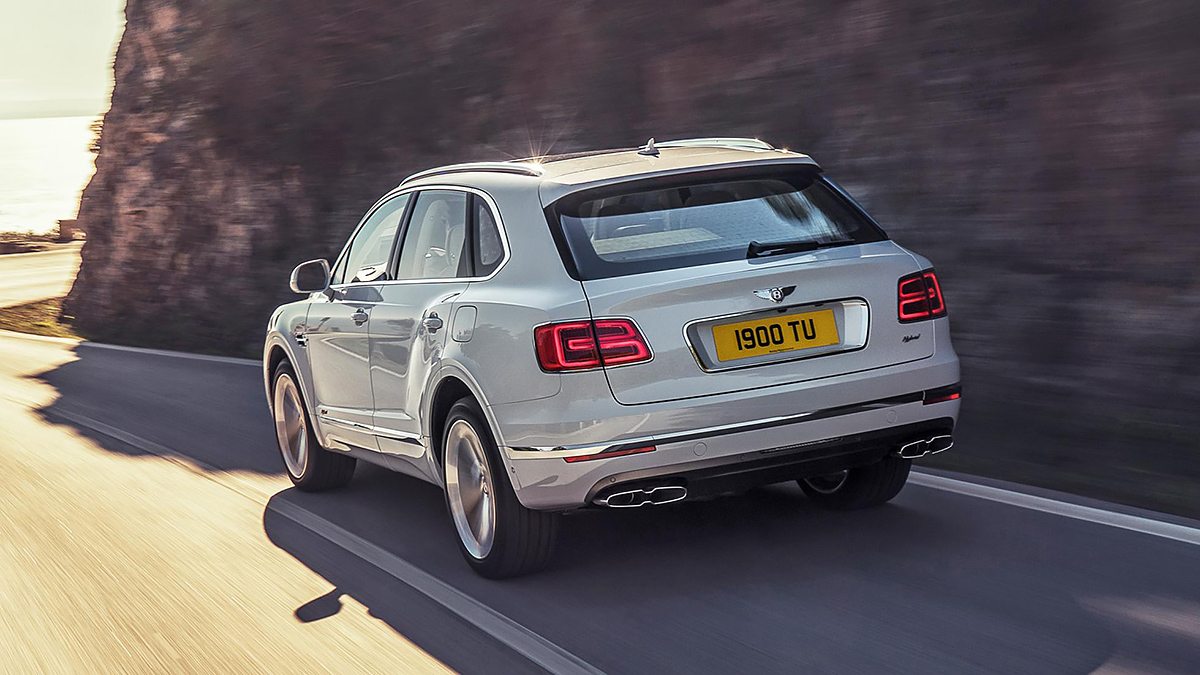 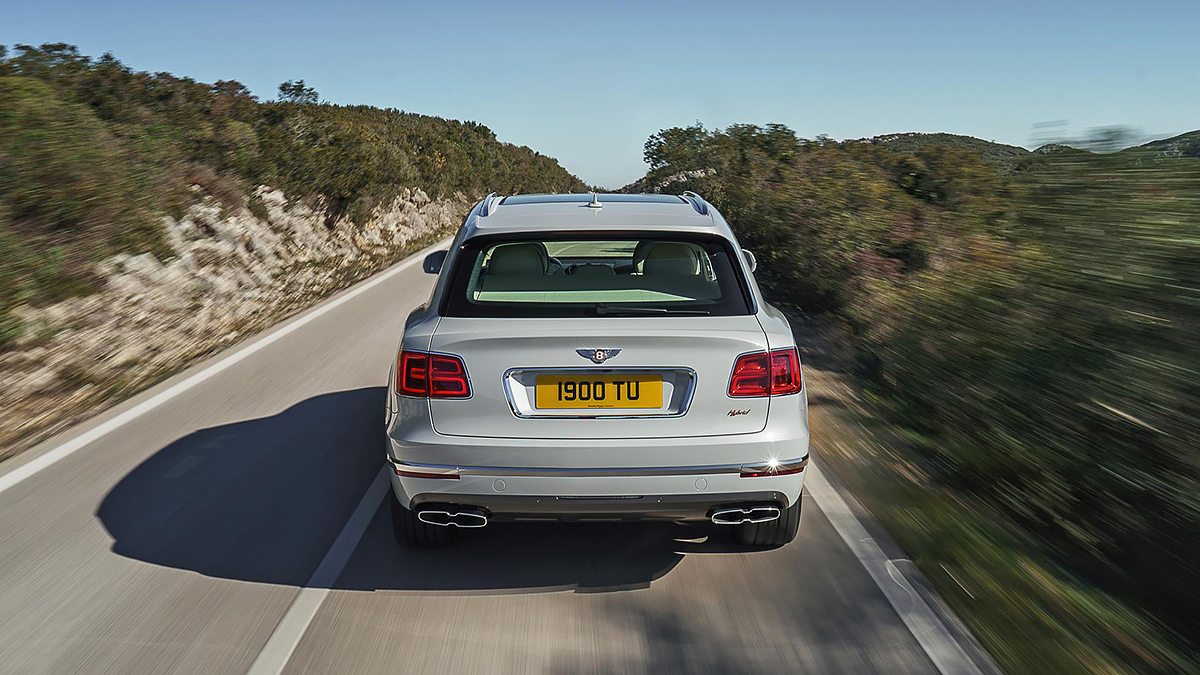 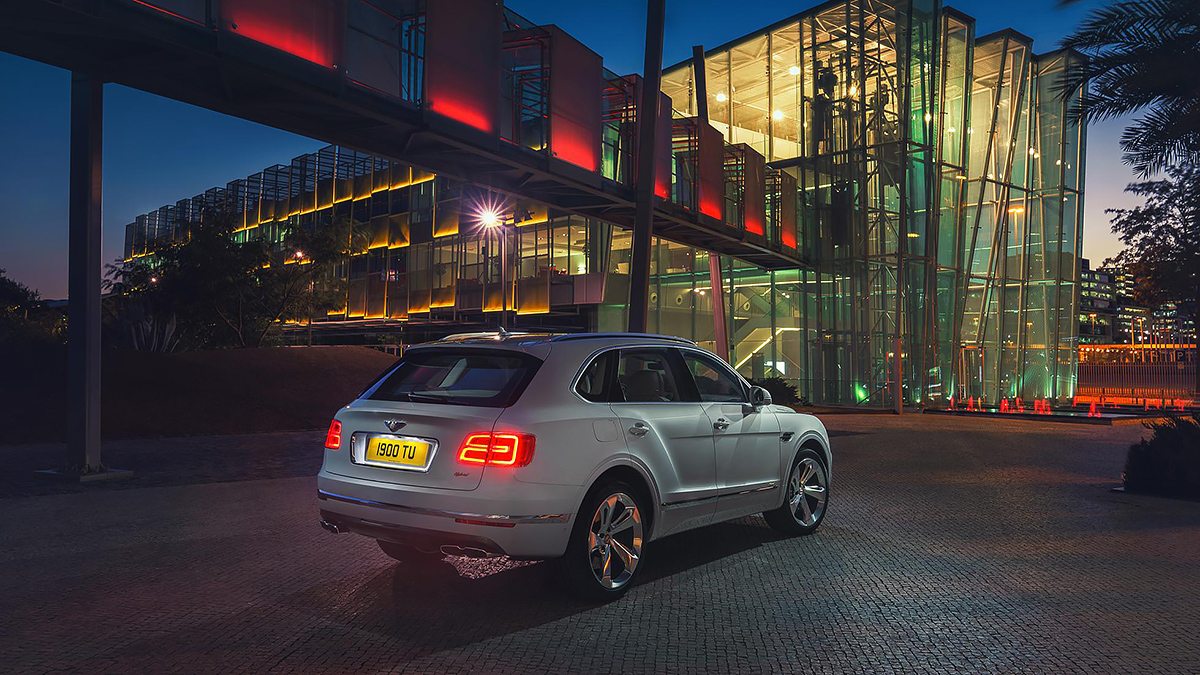 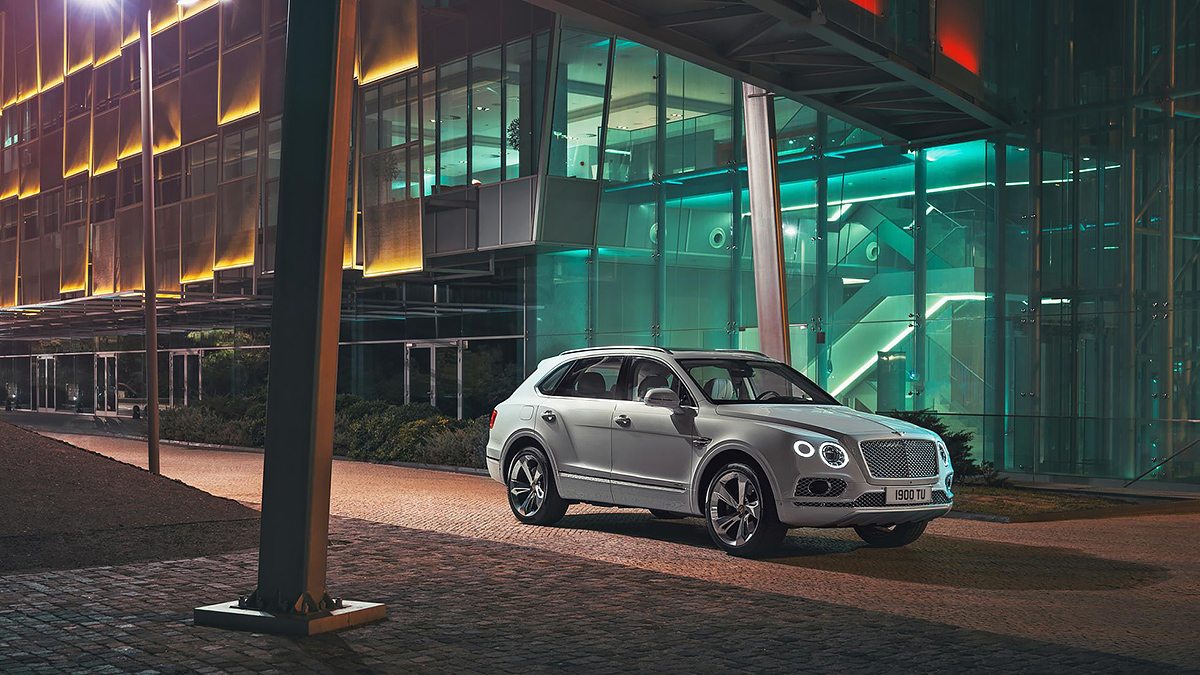 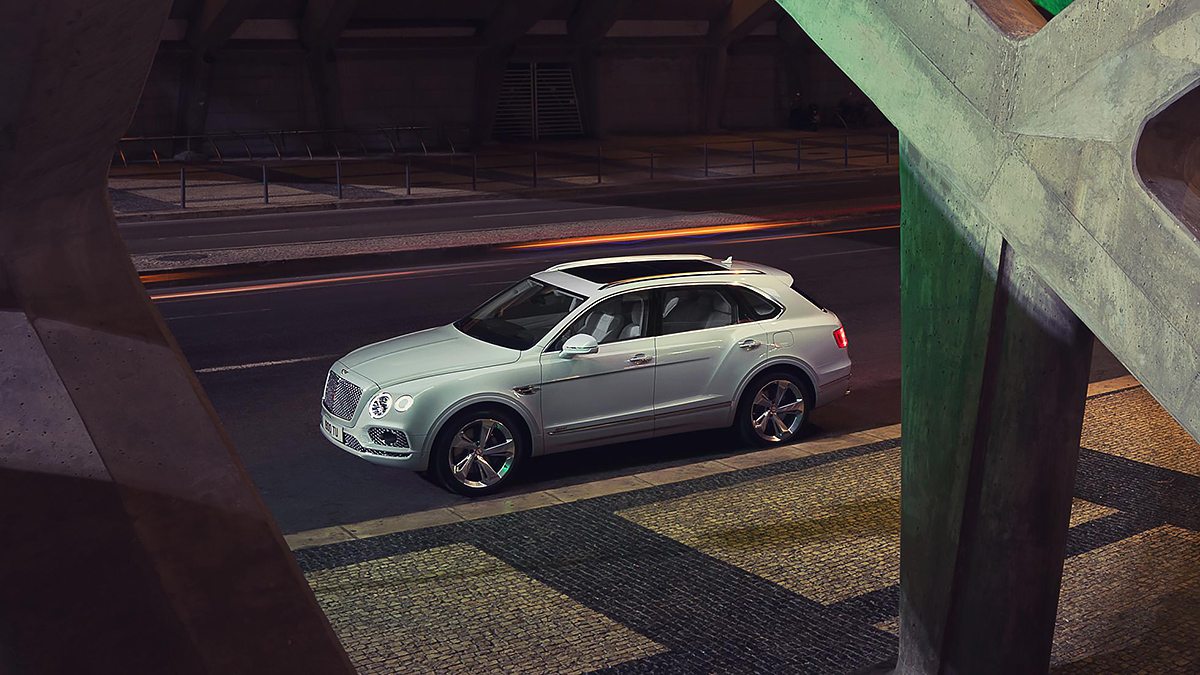 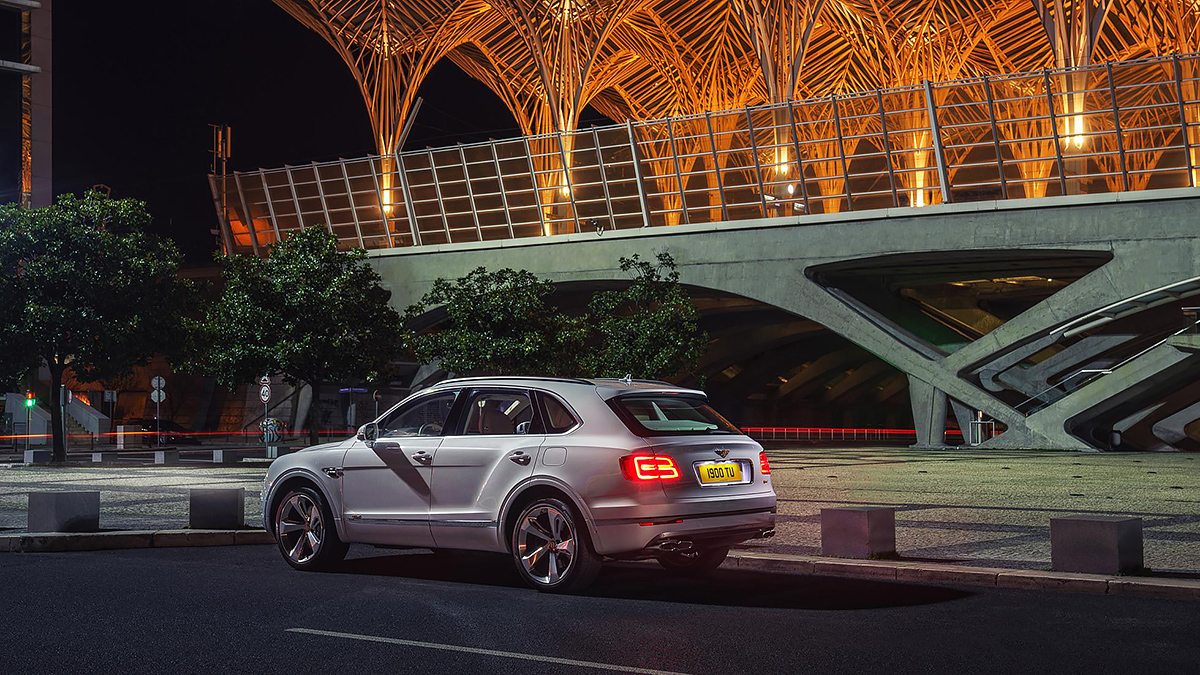 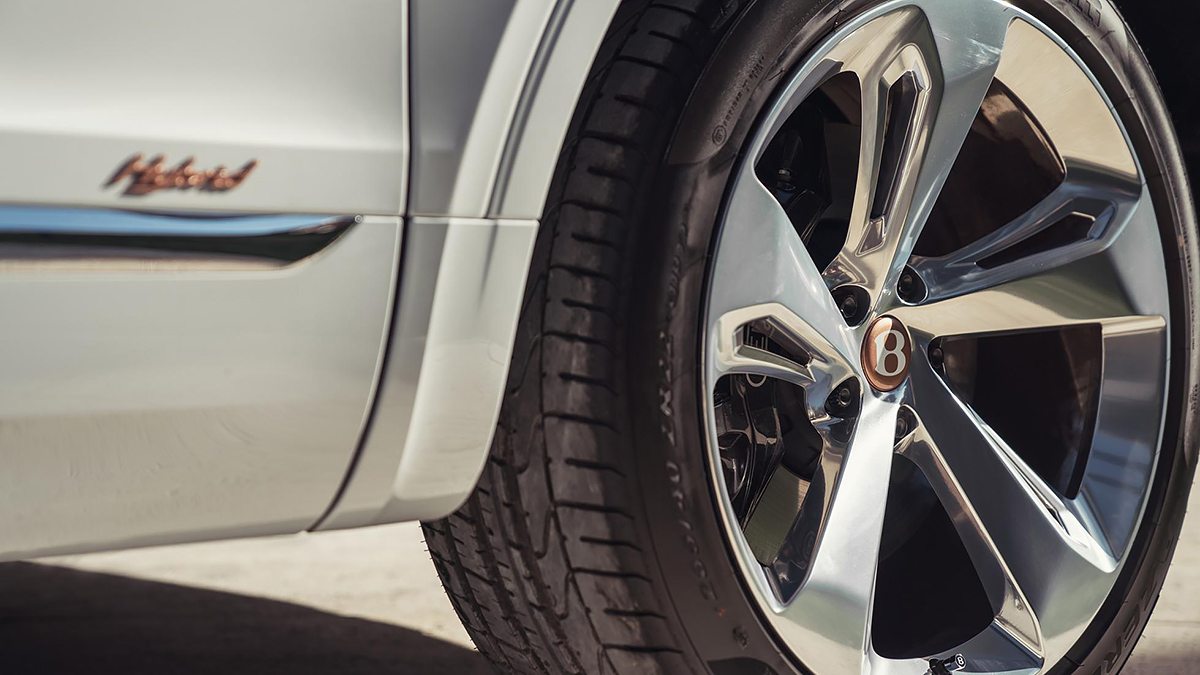 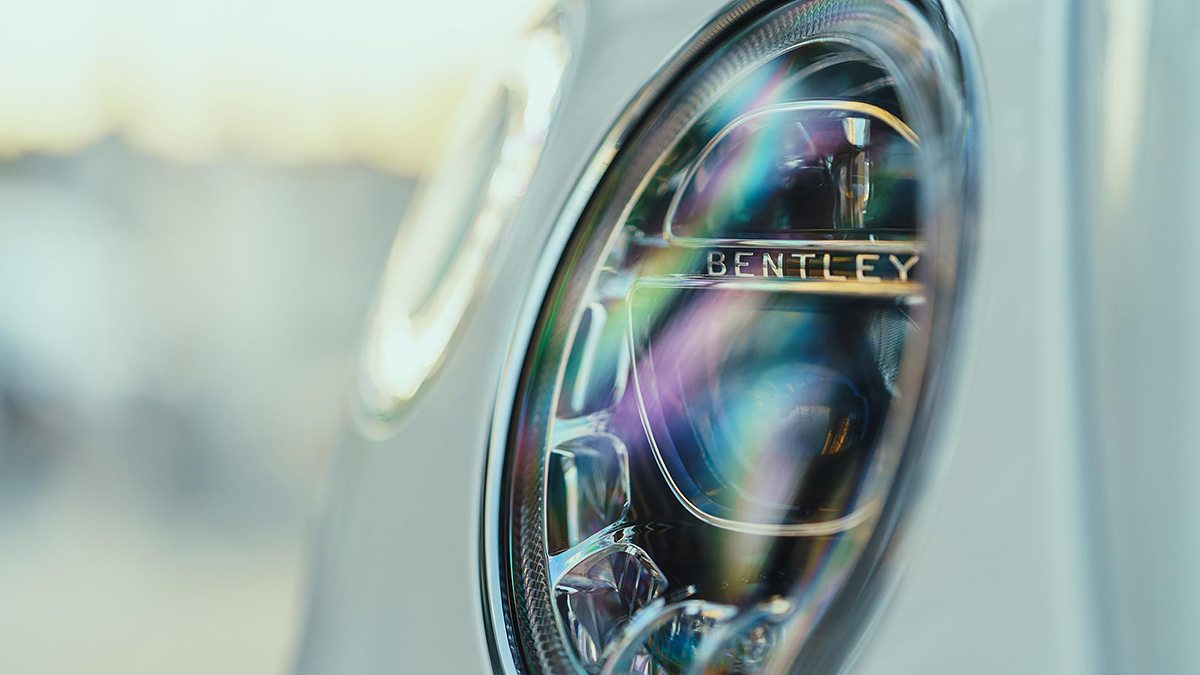 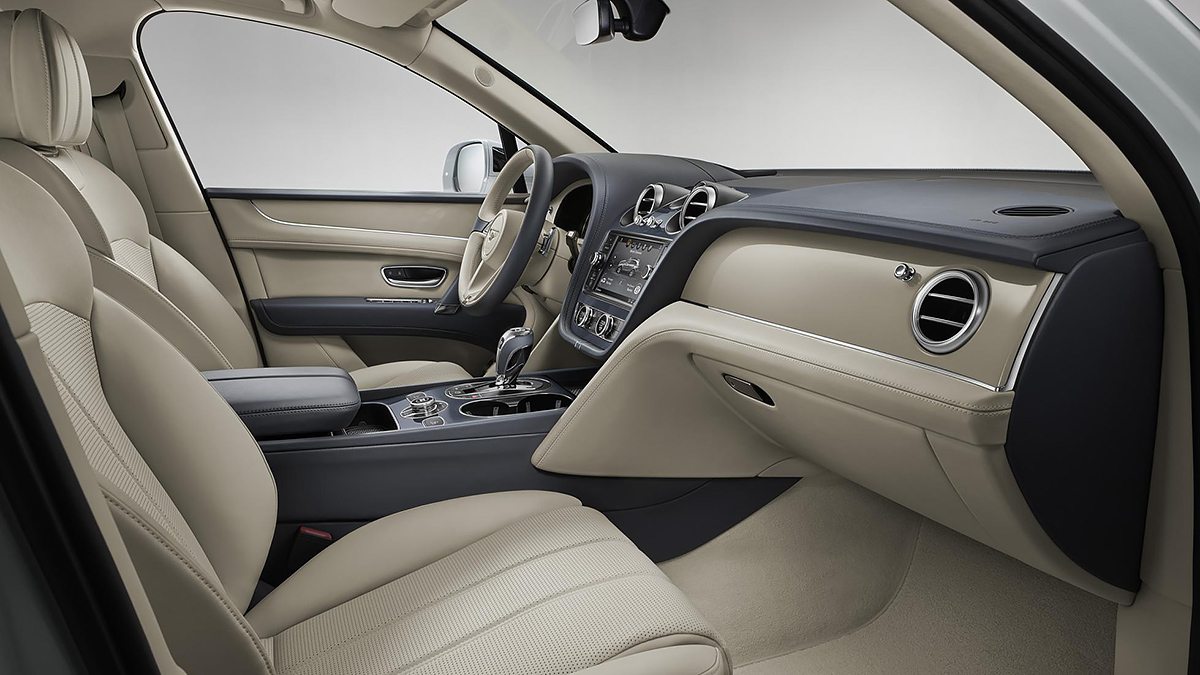 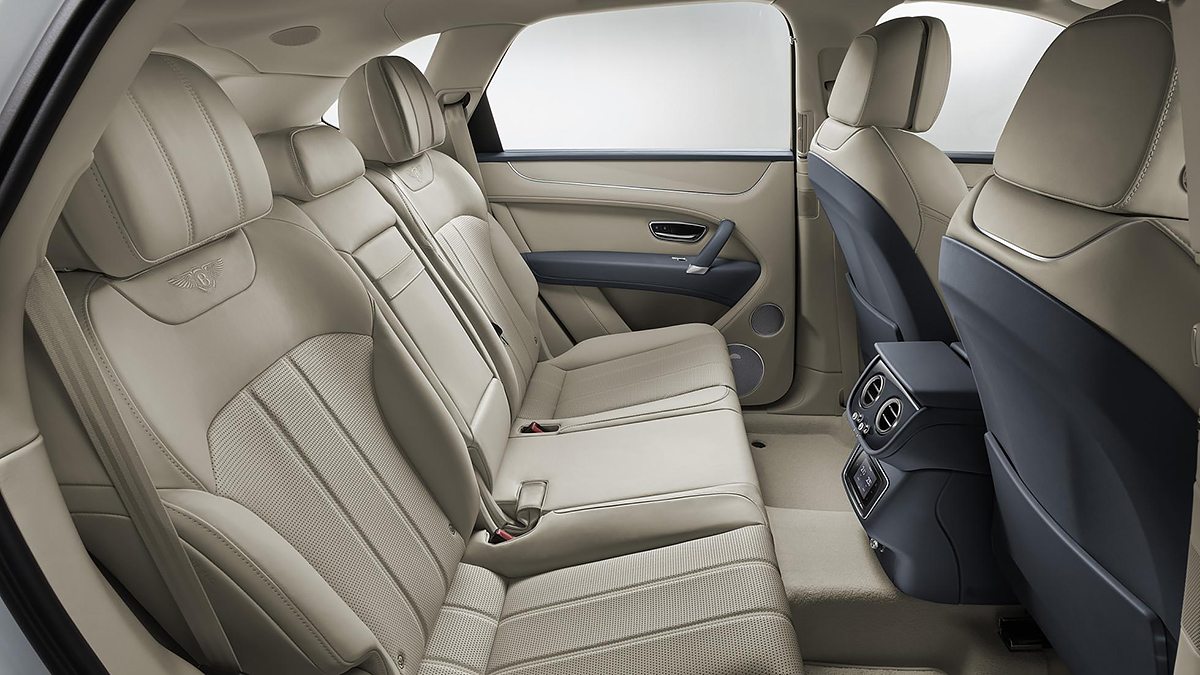 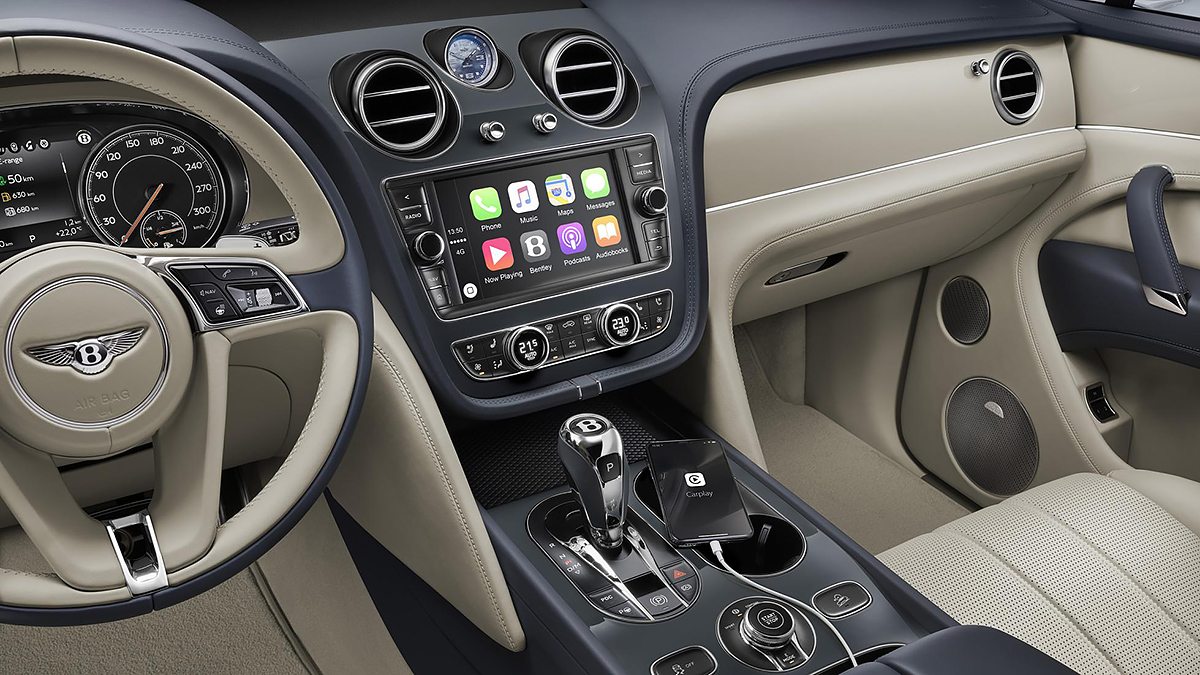