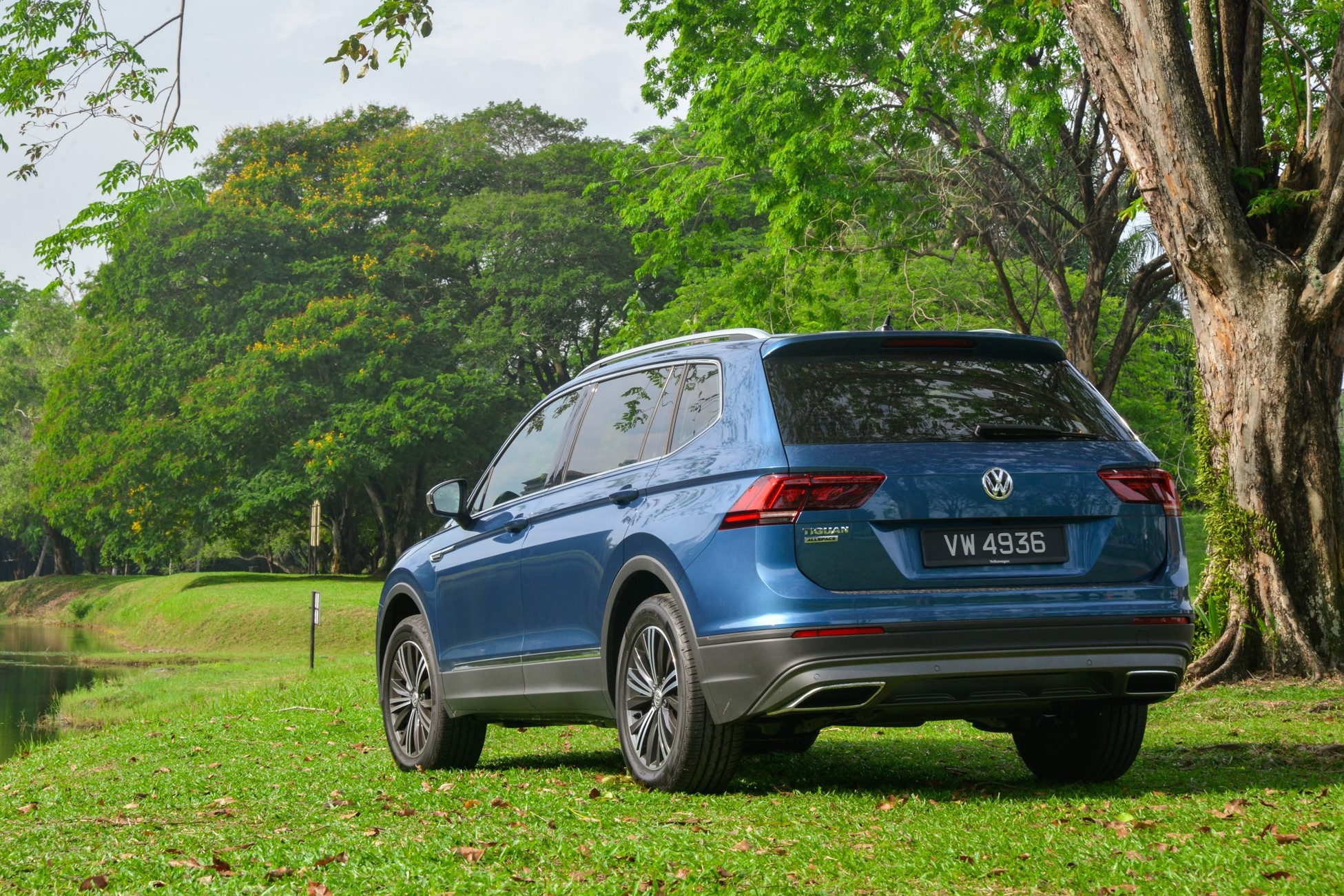 Car trimlines are often quite confusing, especially to less-informed consumers who wouldn’t know if the letter S is superior to X on the showroom floort or vice versa. It doesn’t help that these labels are anything but universal. Some carmakers spell things out to make things a little clearer. But even then, names that are supposed to be self-explanatory can sometimes muddy the waters.

Take the Volkswagen Tiguan Allspace for instance. There are two variants on offer in Malaysia. And the one called ‘Highline’ is the cheaper of the two. Granted, brand loyalists know that the letter R represents peak VW. Ergo, R-Line trumps Highline. R-Line gets the bigger engine and sportier trimmings. R-Line is the one to have.

Although positioned as the entry spec of Volkswagen’s seven-seat Tiguan, the Highline 1.4 TSI does a surprisingly good job of living up to its badge simply because it doesn’t come across as a base model at first glance. This is especially true now that the car has been updated for 2021 with new 18-inch ‘Nizza’ alloy wheels and LED taillights with 3D effects that were once reserved for the range-topping R-Line.

So, it looks like a properly premium ride on its pristine, ‘Silk Blue’ surface; more so than its sub-RM170k (SST-subsidised) price tag suggests anyway. And the upmarket air flows into the cabin, which packs Vienna leather upholstery across all three rows, three-zone climate control, new USB-C ports and an upgraded infotainment which now supports wireless Apple CarPlay. The Tiguan AllSpace Highline is also one of the more affordable SUVs in the market equipped with an electric tailgate as standard, which is a pretty neat plus point in this genre.

But does it drive like a premium SUV should?

It’s not a resounding 'yes' off the line as the force-inducted 1.4-litre TSI mill exhibits a brief moment of lag as the turbo spools to launch the car forwards. The sensation is somewhat old-school and uncharacteristic of the engines we’ve gotten used to in other Volkswagen models, particularly the Golf. But it’s mighty efficient – VW quotes 7.3 litres per 100km – and the drive gets a lot better as you progress through the gears and build up some momentum.

Speaking of gears, power delivery is managed by a six-speed dual-clutch transmission that sends the 150PS/250Nm output exclusively to the front wheels – only the R-Line gets 4Motion AWD. It’s essentially a wet-clutch DSG which used to be limited to higher output Vee-Dubs. This transmission is supposedly hardier than its unlubricated namesake. And like all DSGs, gear shifts are incredibly quick and smooth, pairing nicely with the driver-oriented way in which the ride is set up.

FUN FACT – THANKS TO ITS 1.4-LITRE ENGINE, THE TIGUAN ALLSPACE HIGHLINE INCURS THE LEAST ROAD TAX IN CLASS (RM70 ANNUALLY)

The firmer suspension may not bode well with those seated right in the back, not that you’d find any fussy adults in the last row. Despite the addition of 106mm of wheelbase over the standard Tiguan (a difference of 215mm in total length), the Allspace is functionally closer to a 5+2 seater in practice. For maximum occupancy, it’s hard to recommend it over a Mazda CX-8, which is longer by a substantial margin of 199mm from nose to tail. But as a daily-driven SUV that may need to ferry an extra passenger or two on occasion, it’s still a very practical proposition, what with its plane-like tray tables and wide array of cubbyholes; the 'overhead compartments' are particularly clever.

Although it isn't quite blessed with the agility of a Golf or the third-row of a Sharan, the updated Tiguan Allspace performs reasonably well in the middle ground between driveability and versatility, with a few neat tricks up its sleeve that are categorically VW. Its true strength lies in its packaging, particularly the good mix of tangible features and characteristics that wouldn't look out of place on something priced north of the RM200k mark. It looks expensive without being excessively so. And it shouldn't have much trouble convincing the typical Malaysian buyer whose assessment process is heavily reliant on their eyeballs and knuckles, such is the amount of presence it offers for the price.

In its capacity as the Touareg's mini-me, the Tiguan has never looked better. Now if only the facelift would make its way here already... Baseline powertrain matched with top-spec features turns Volkswagen's seven-seat SUV into something affordably upmarket. Straight-line performance and third row accessibility could be better. But build quality and refinement on the move are hard to fault. 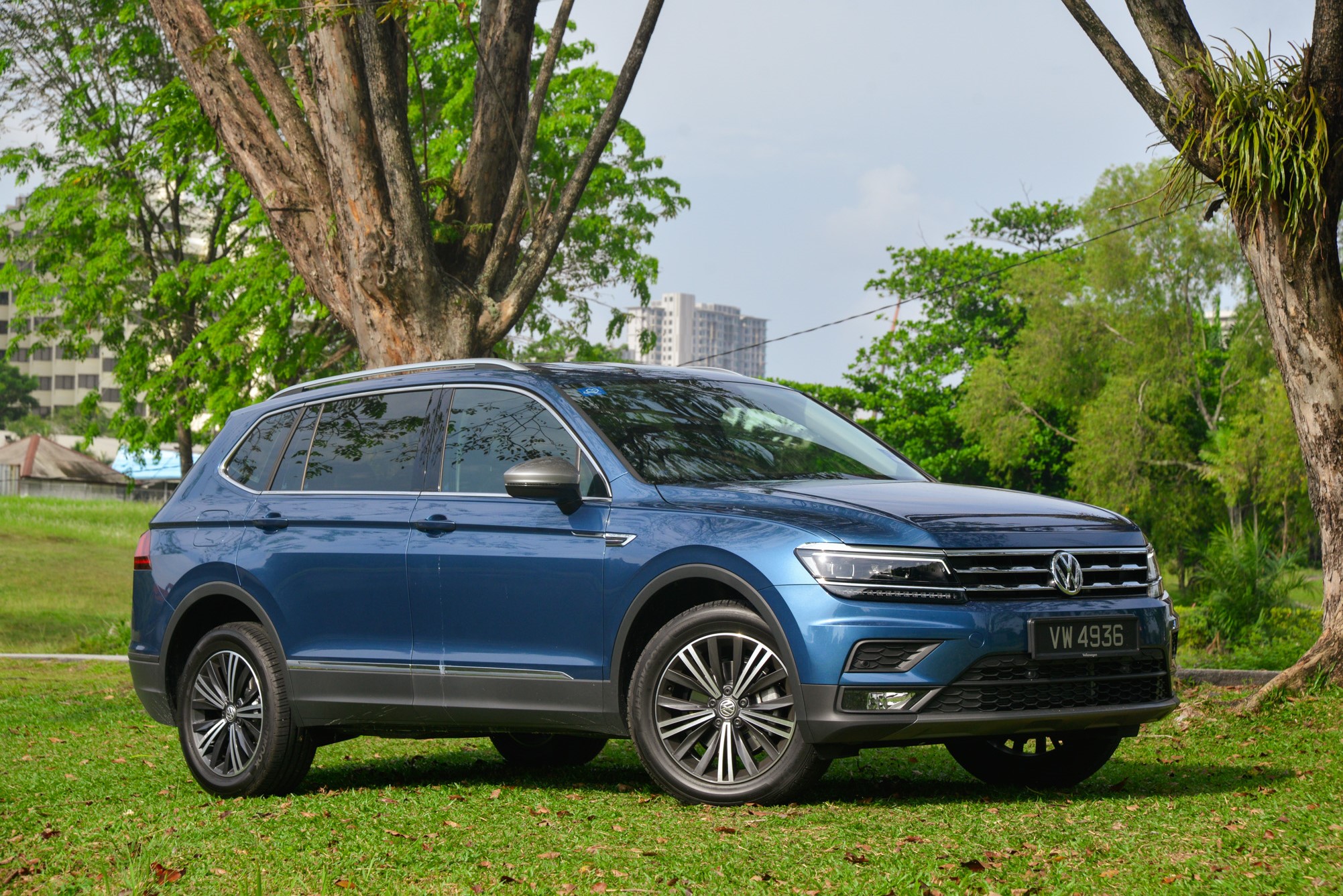 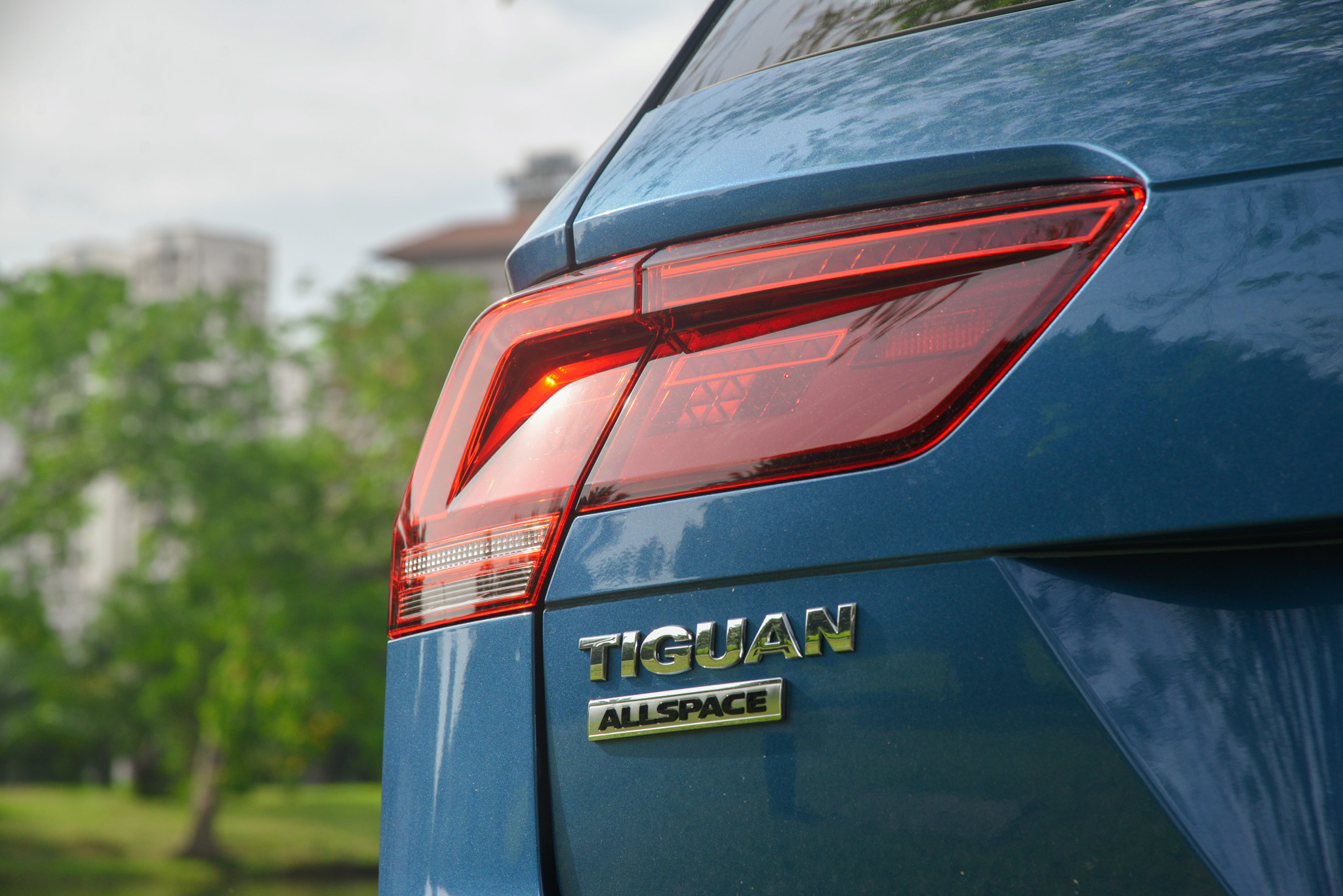 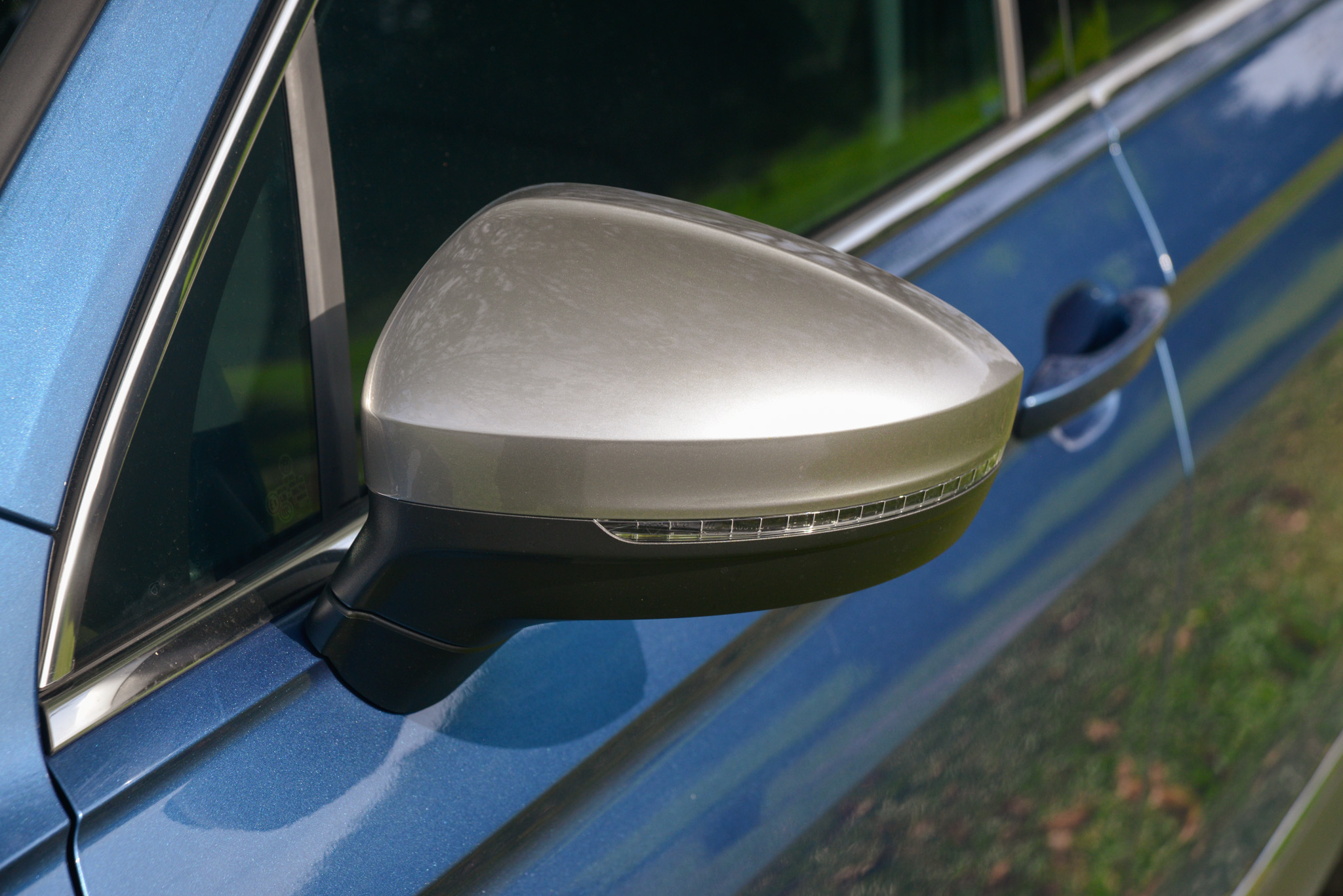 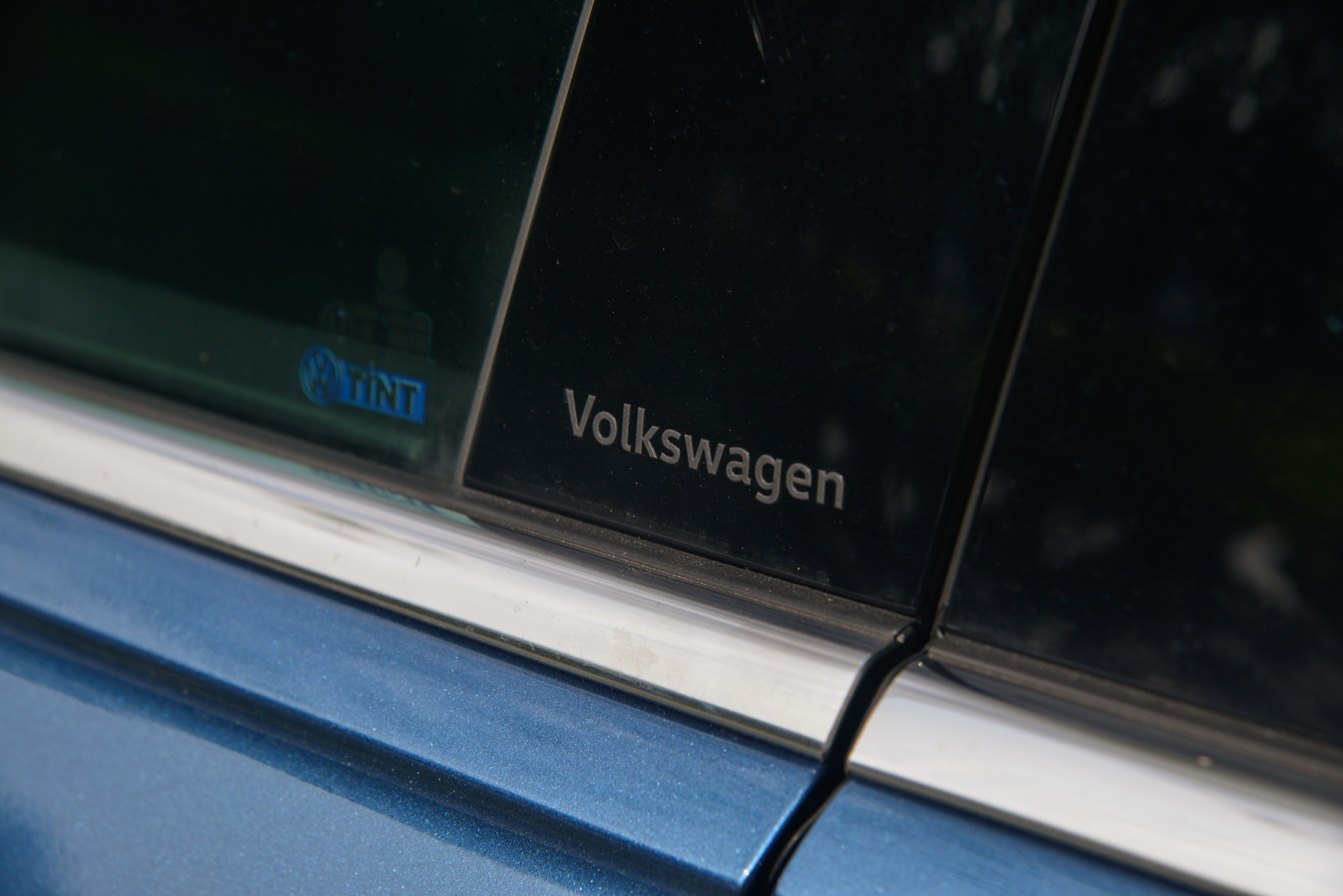 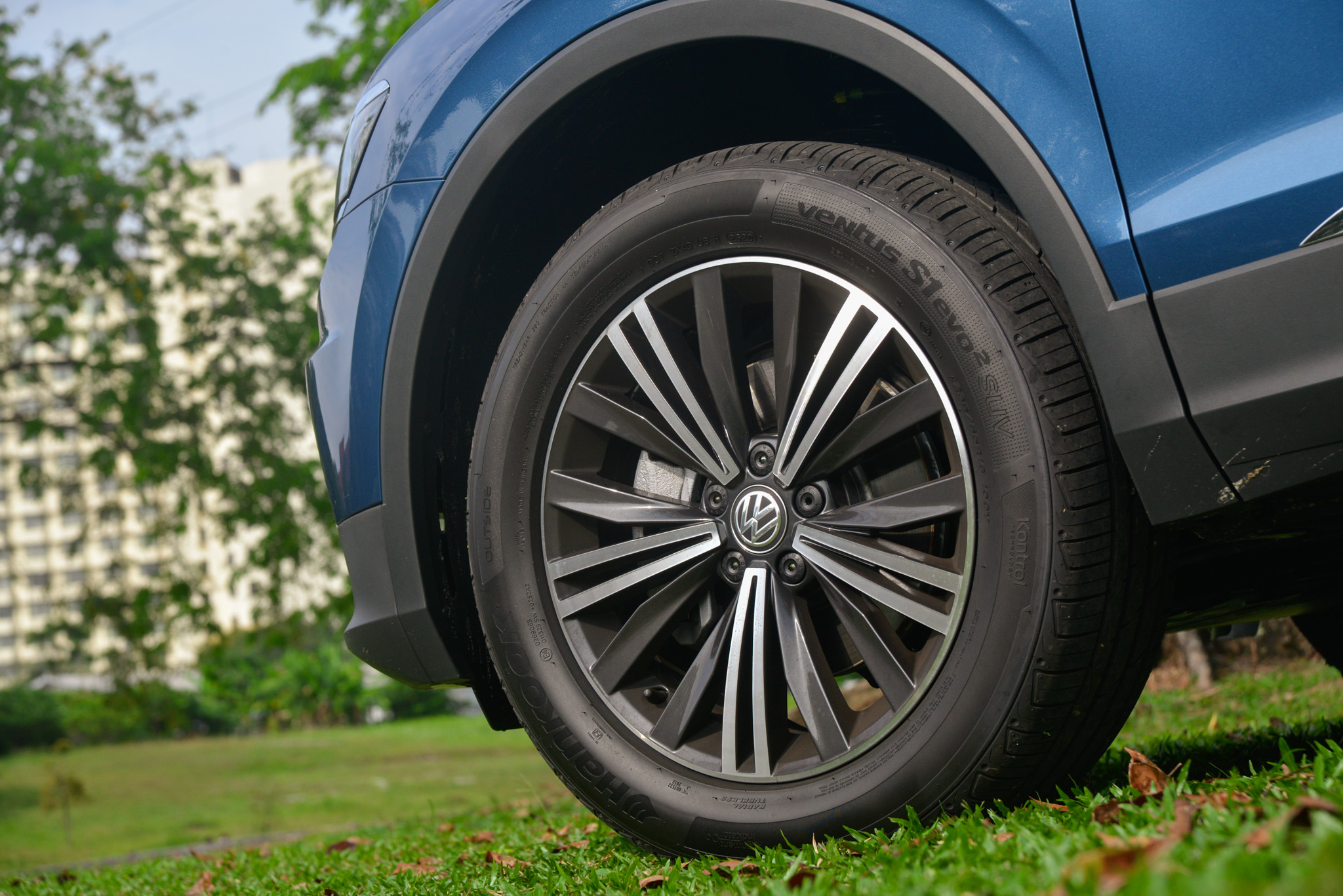 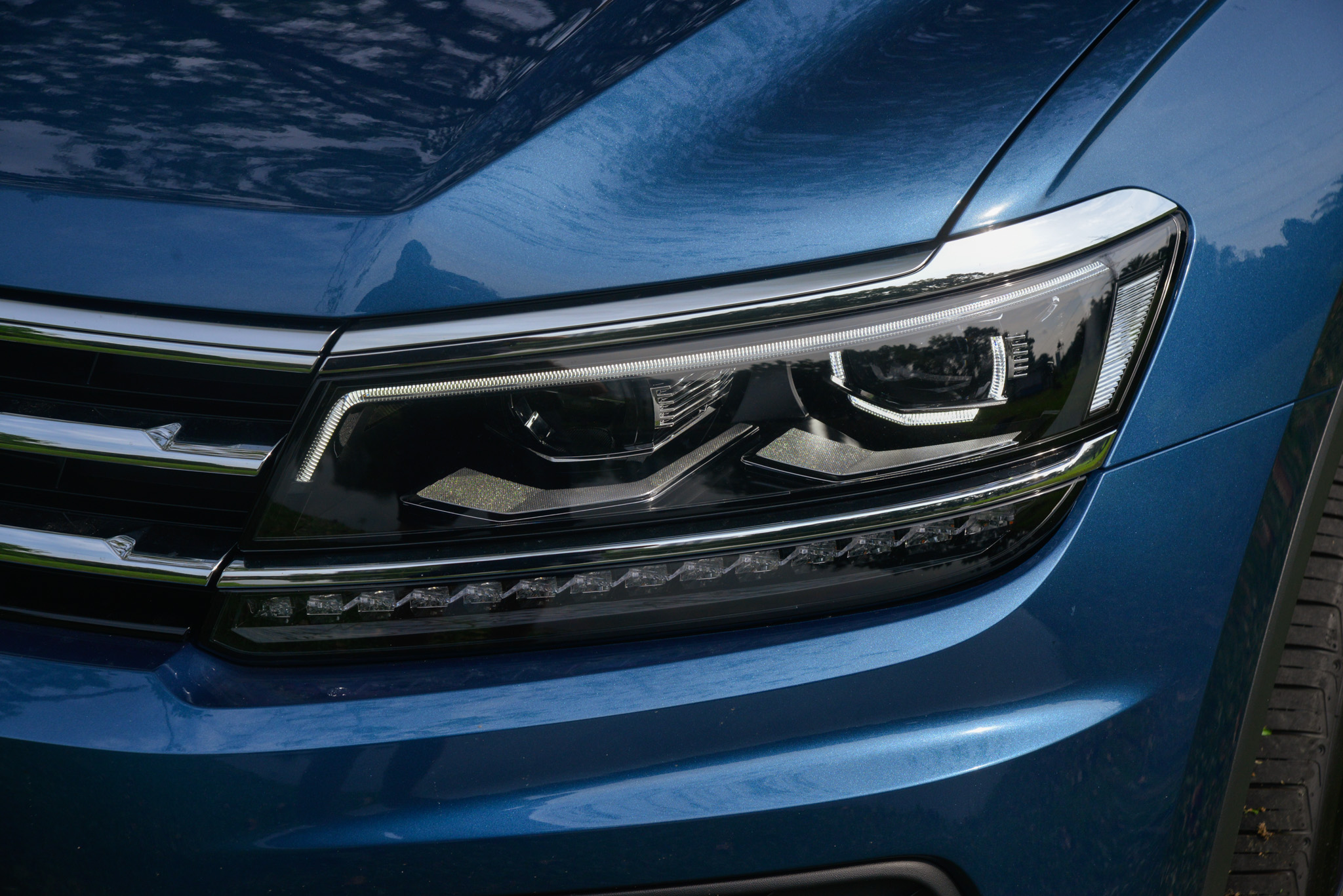 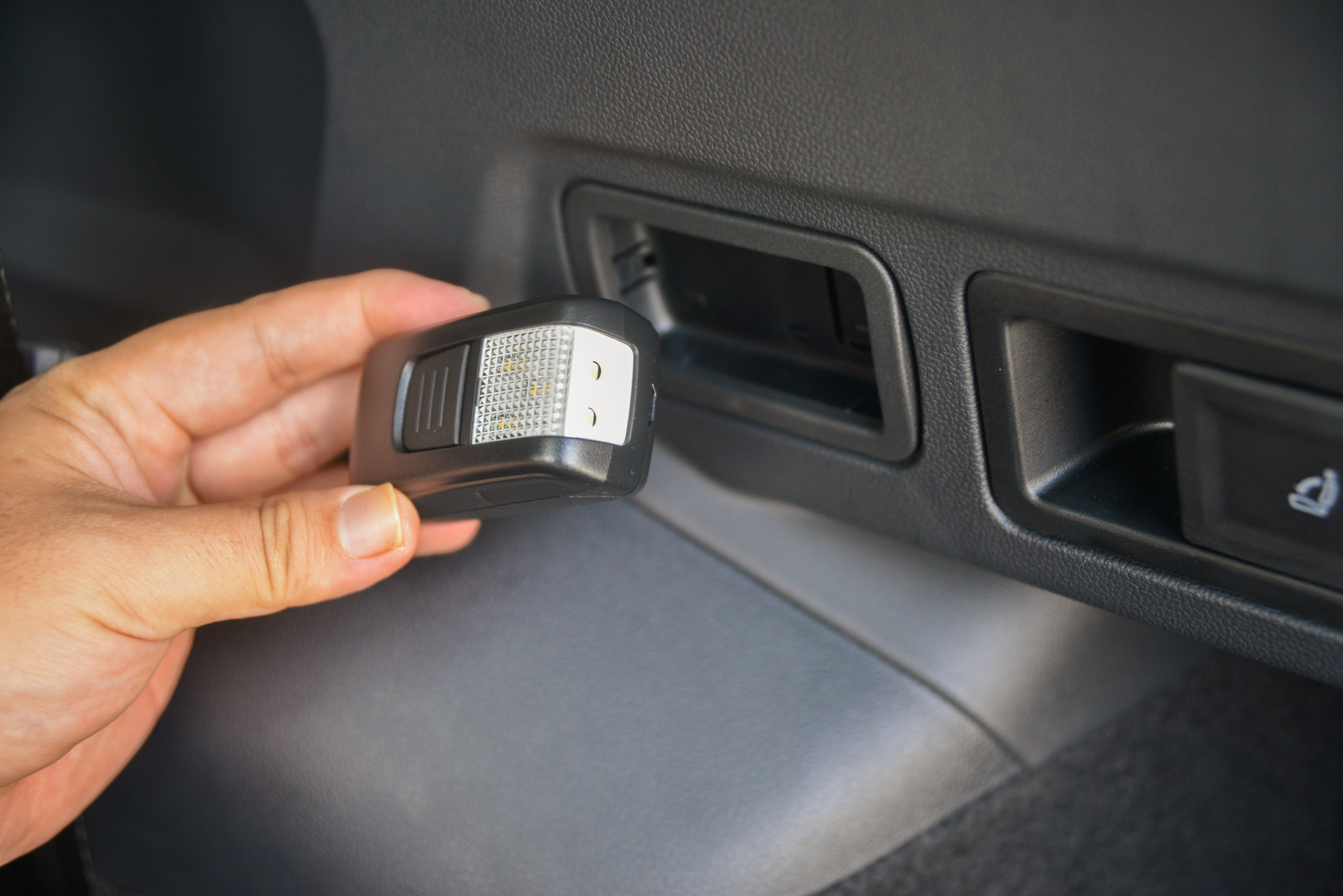 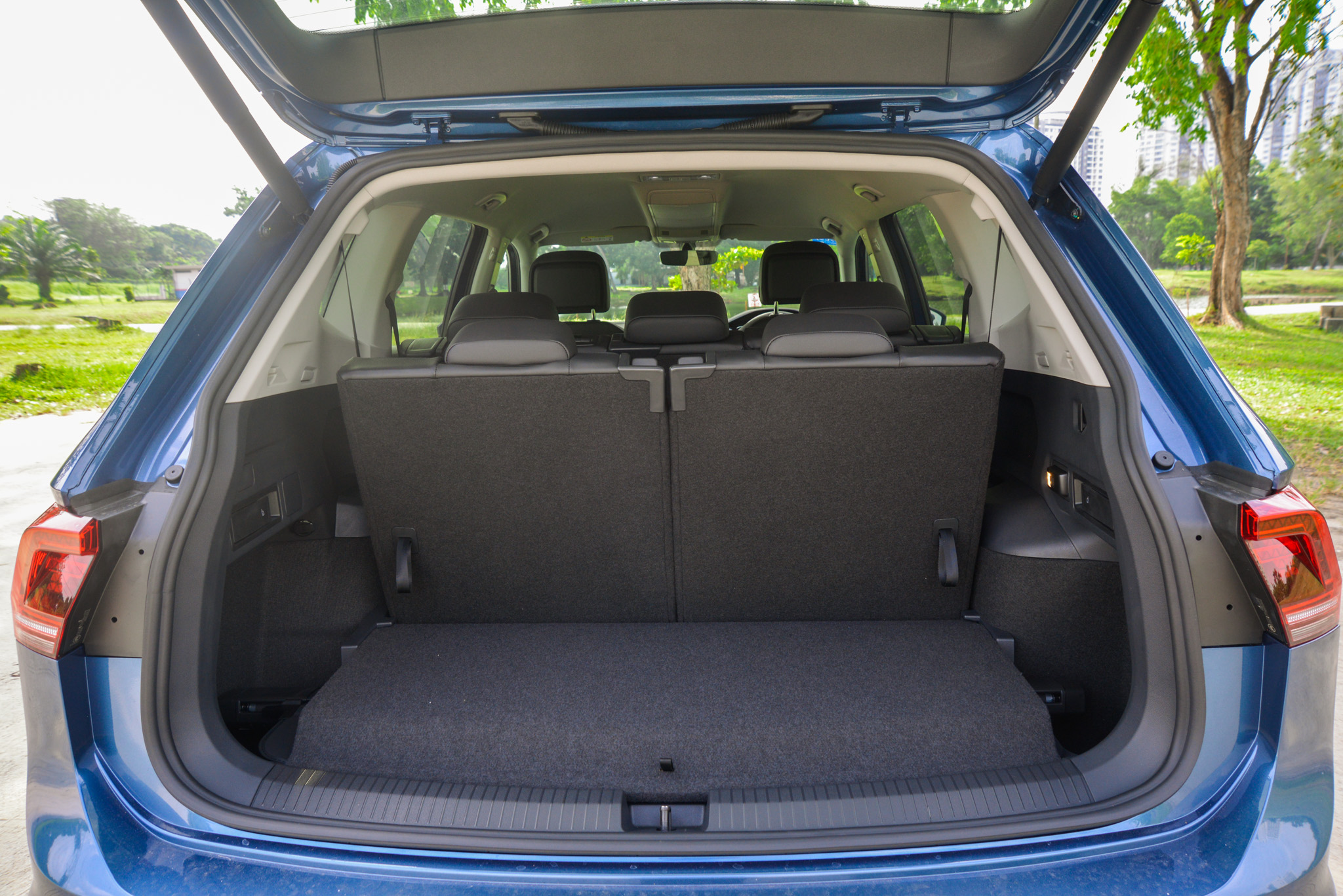 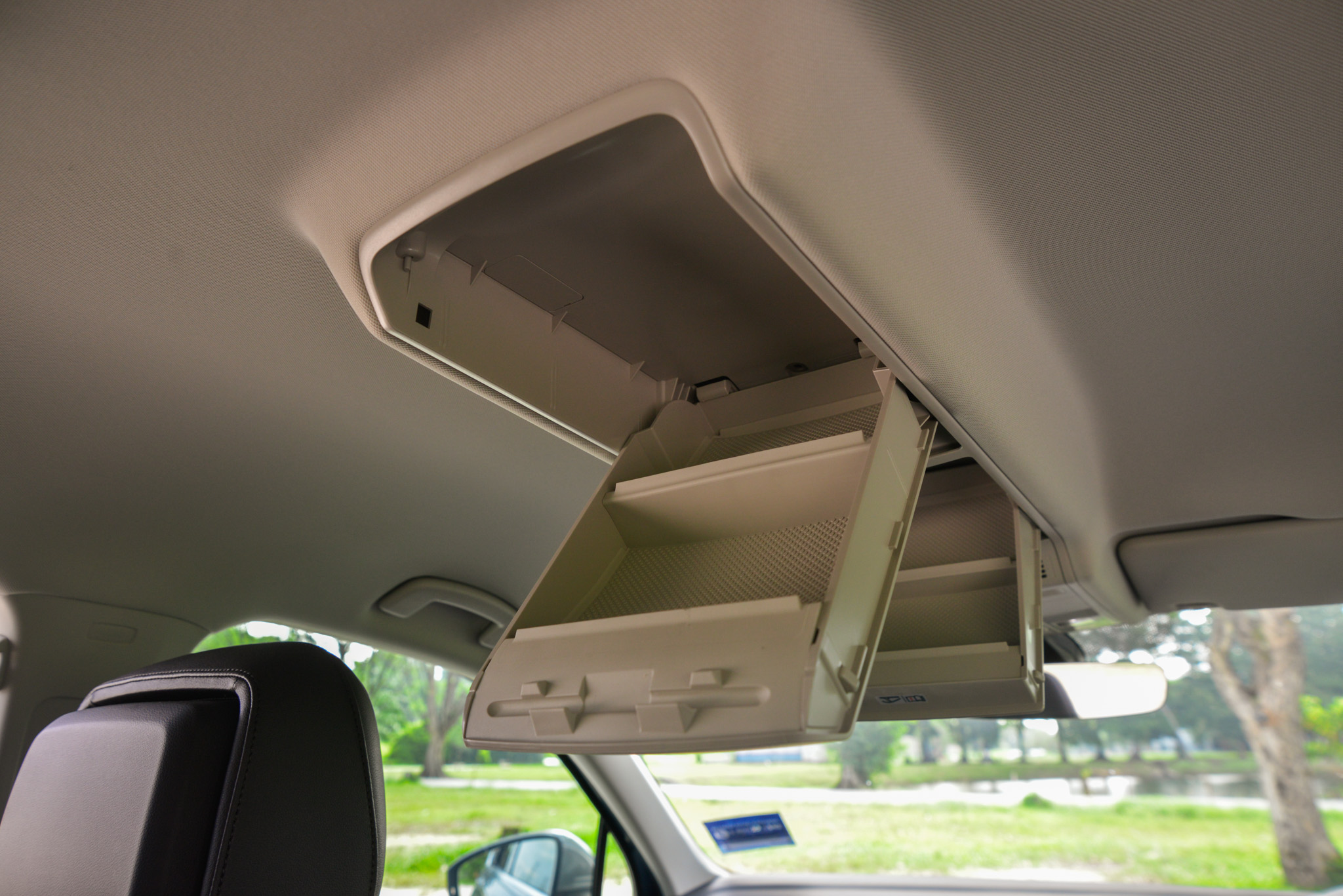