In 2018, a developer in Hong Kong made headlines for its plans to build apartments measuring 123 square feet. In case you’re wondering, that’s roughly the size of a parking lot fit for a really large SUV. The reason we’re in possession of this bewilderingly random factoid is because we drove the 2021 Mercedes-Benz GLS 450 recently. And if we crunched the numbers right, Stuttgart’s largest SUV has a footprint equivalent to 110 square feet, which, lo and behold, does fit within most parking lots in the more newly-developed areas of the Klang Valley.

Within the GLS’s 5.2 metre by 2.0 metre rectangle is enough space for an engine bay fit for a 3.0-litre six-cylinder engine – or a 4.0-litre AMG V8 in other markets – and ample seating for seven, with some room to spare for plush interior decoration, 26 Burmester speakers and several duffel bags. The cabin may not be as vast as those of dedicated people movers like the V-Class or even the recently-launched Hyundai Staria that everyone’s been talking about. But things are unmistakably Mercedes with a pair of highly-connected 11.6-inch touchscreens in the rear and customised climate control for each row. The GLS is touted as the S-Class of SUVs after all. And it’s difficult to challenge that notion from the driver’s seat.

Sure, the turbocharged in-line six is a smooth-operating prime mover of the GLS 450’s two-tonne-plus frame; its 367hp and 500Nm making light work of the heft. But with five other occupants in tow – that’s two for each row – it was obvious those seated in the rear were far more entertained than the driver, such is the interactivity of the passenger-oriented multimedia features and seamless electronic operation of the seats and glassworks. Getting everyone on board in the first place was already a lot easier than with most seven-seat SUVs, with the only first-world problem here being the actual speed of the electrically movable seats.

The speed of the GLS 450 itself isn’t a problem at all. Mercedes quotes a century sprint of 6.2 seconds and top speed of 246kph, which is really quite impressive for a car the size of an office pantry. But the driving quality that stood out even more was how comfortable things felt behind the wheel despite the intimidating proportions. Manoeuvrability through Kuala Lumpur’s notorious traffic was surprisingly a non-issue, thanks in part to the crisp cameras mounted on every side of the vehicle. If anything, it was the proximity of motorcyclists that was a greater concern given the lane-encompassing width of the big German SUV.

On the move, things are expectedly fluid for everyone aboard the seven-seat Merc. The weight of the GLS is expertly propped up by the company’s signature Airmatic suspension with adaptive damping while the gear shifts of the nine-speed automatic transmission driving all four wheels are so seamless they’re practically imperceptible, even to the driver. With the wheelbase growing by 60mm over the previous-gen GLS, there’s more stability in the picture, on top of a considerable 87mm improvement in second-row legroom that bodes well for the back benchers too. So, it’s incredibly comfy and spacious on the go. But are the parallels drawn with the S-Class truly warranted?

For the most part, the GLS really is as good as a Mercedes SUV can possibly get – that’s before factoring in the Maybach GLS600 which, for all its four-seated luxury, doesn’t really leave any room for this debate to breathe. But you already know there are some minor ‘buts’. Naturally, the ‘standard’ three-row SUV isn’t going to have seats as plush as the S-Class’s. And with so many more components bolted into a substantially larger box on wheels, you’re bound to get the occasional click and clack, however slight they may be, when cruising over poorly-paved surfaces. That said, you won’t be able to ferry an entire K-pop ensemble in Carpool Karaoke fashion with a limousine, or help out a friend who’s too cheap to rent a moving truck with a couch or a mattress. To that end, the GLS’s three-row cabin with up to 2,400 litres of haulage, all finished in that distinctive Benz flair, go some ways in justifying its near-RM900k price tag. It’s still a massive sum to spend on such utilitarian features. But if you measure the value of your luxurious expenses by the grams and acreage, then this one is hard to beat. Until the all-new Range Rover comes around, that is. A lot of Mercedes for a lot of money. The GLS does the three-pointed star justice while excelling in every area expected of a large, seven-seat SUV. The straight-six engine makes for a good drive and weaving around in urban environments is a lot easier than it looks.

BMW's locally-assembled X7 will always hold the upper hand in terms of value while the Range Rover also commands plenty of influence in this segment. But the GLS has the presence to keep its suitors interested in their presence. 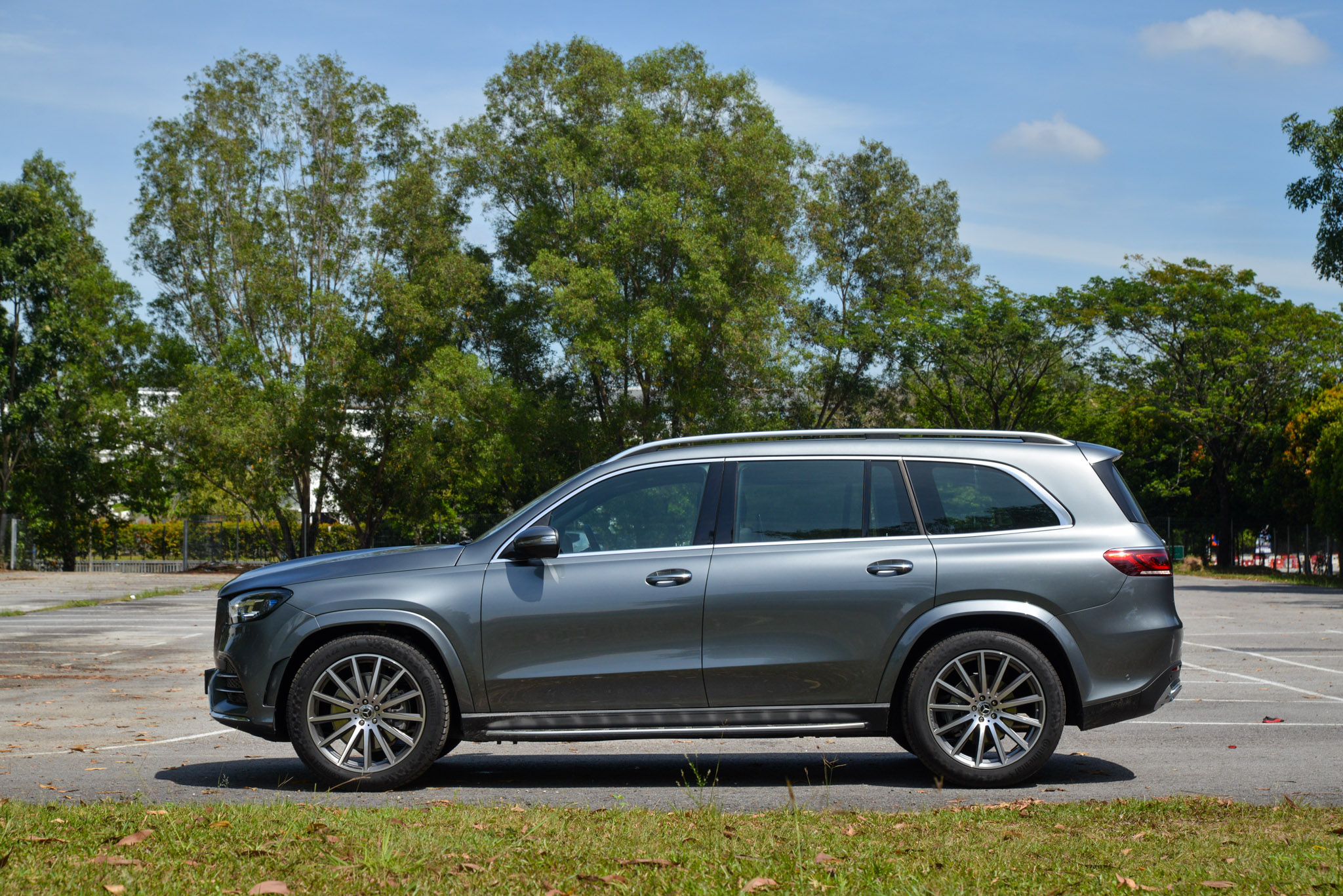 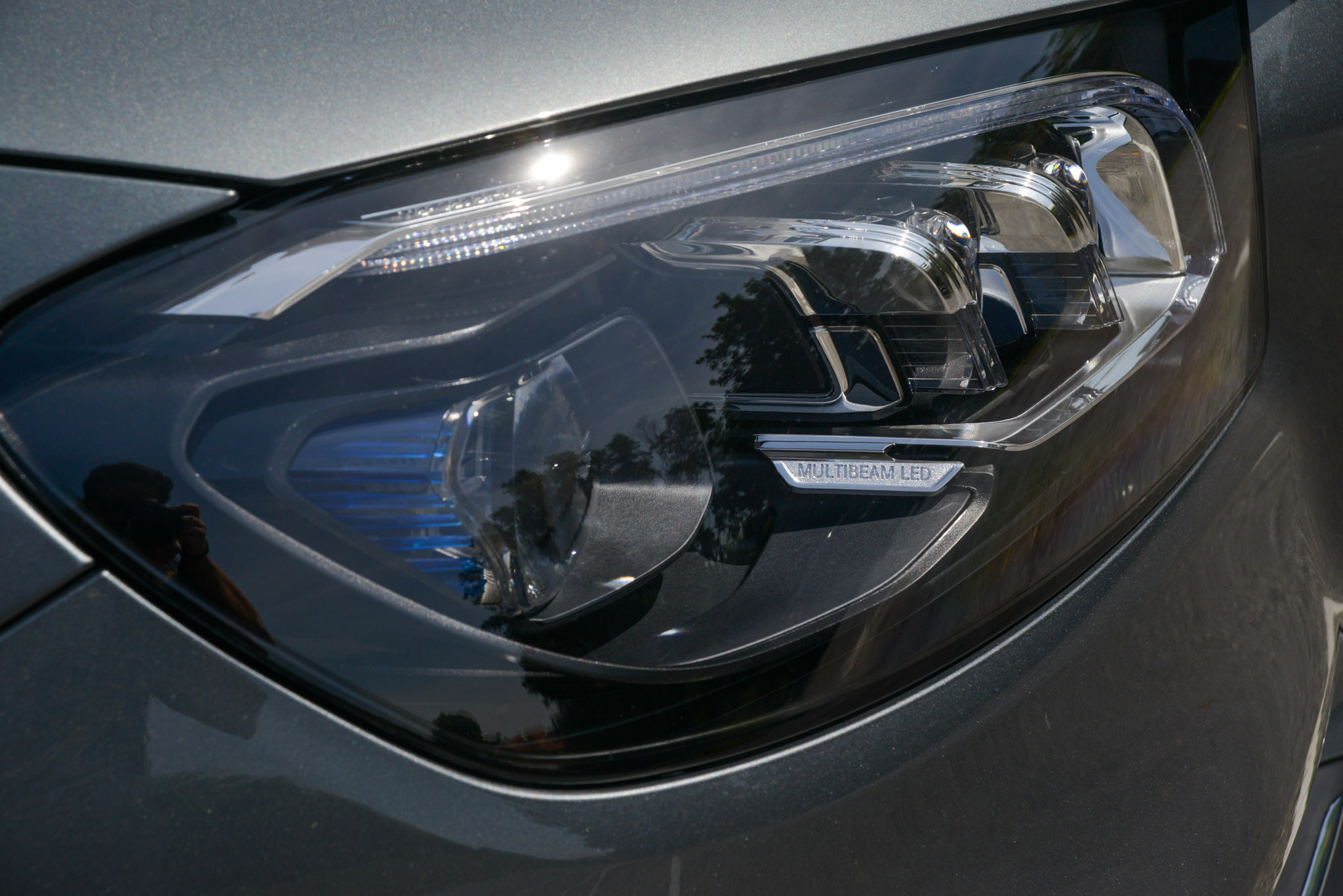 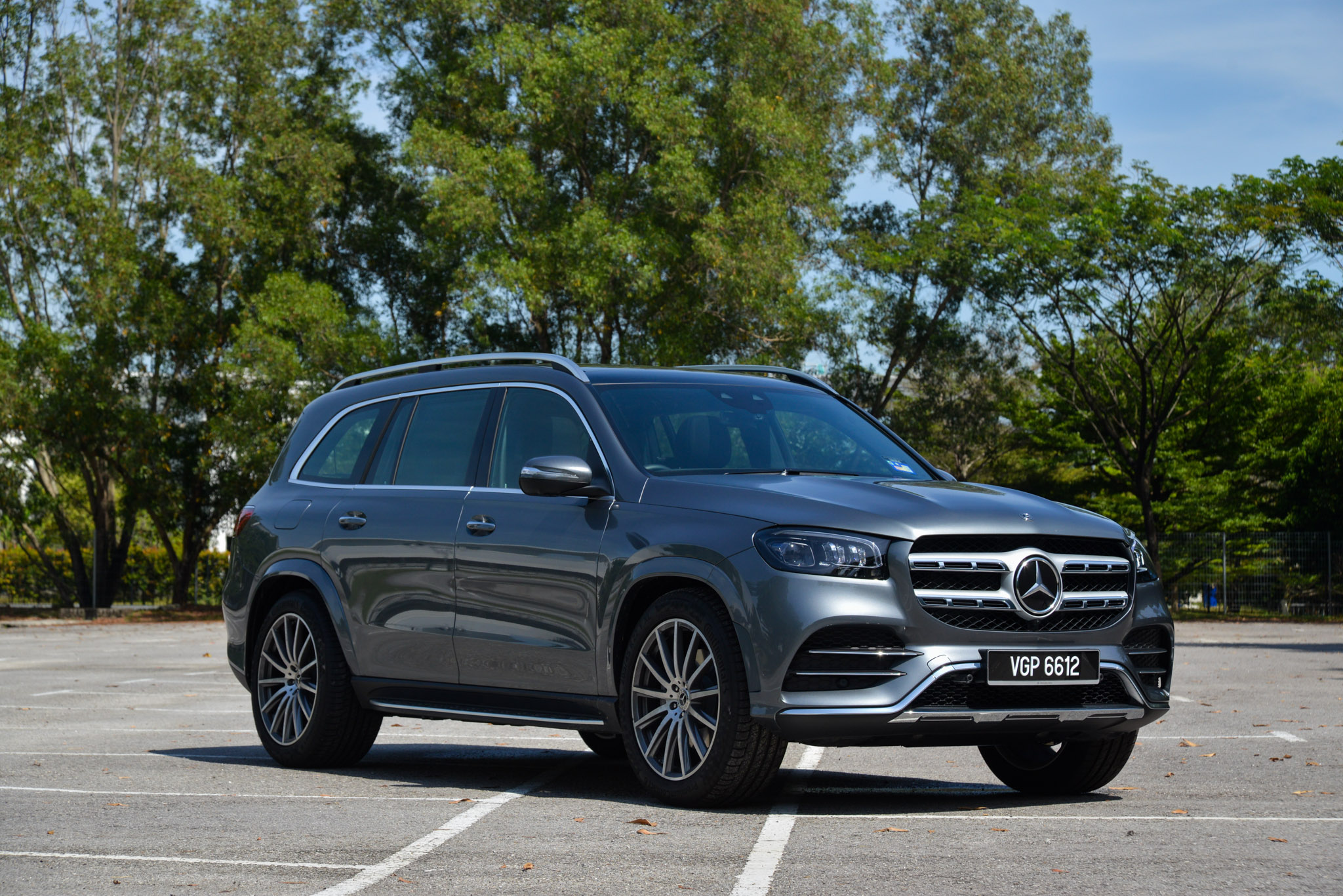 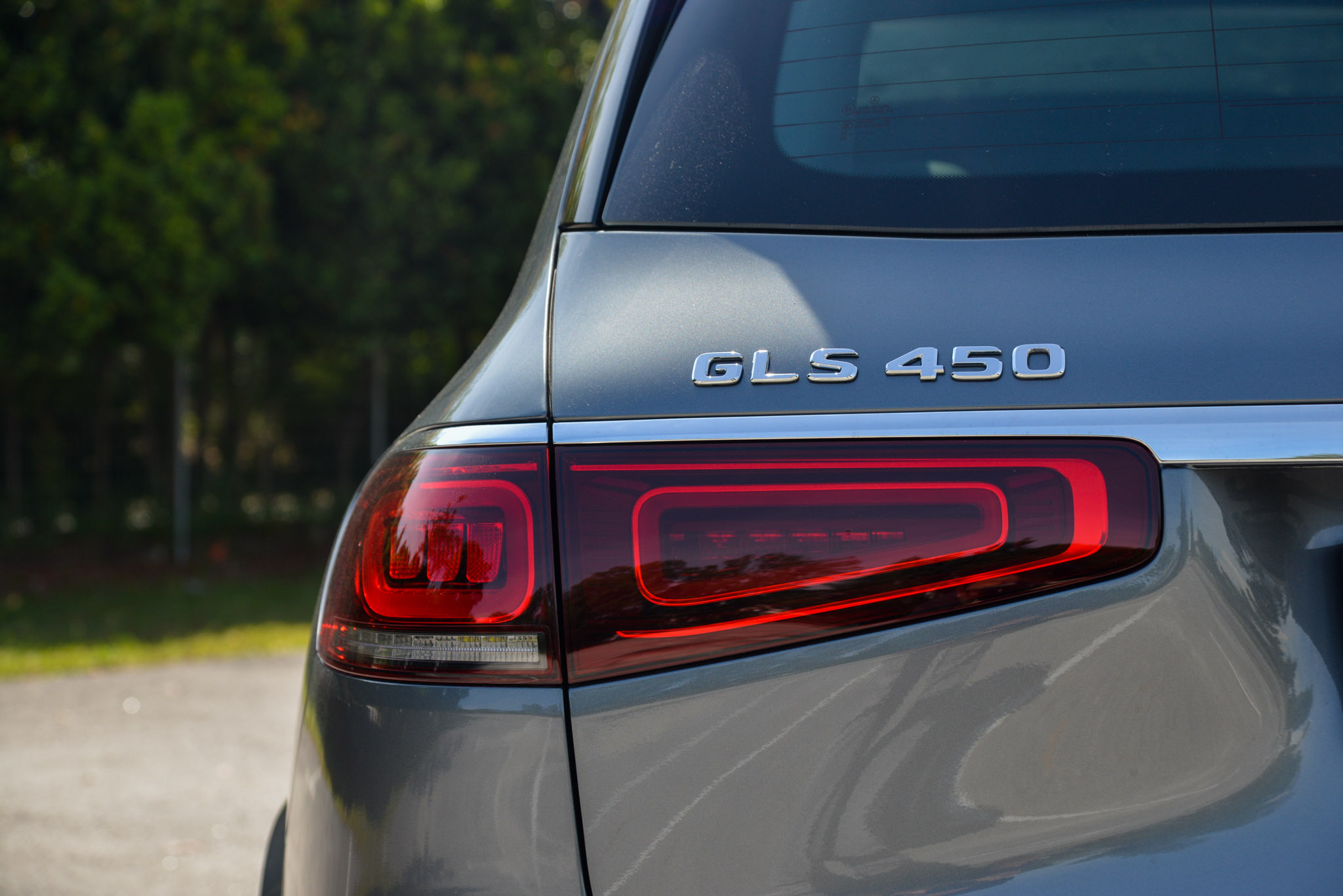 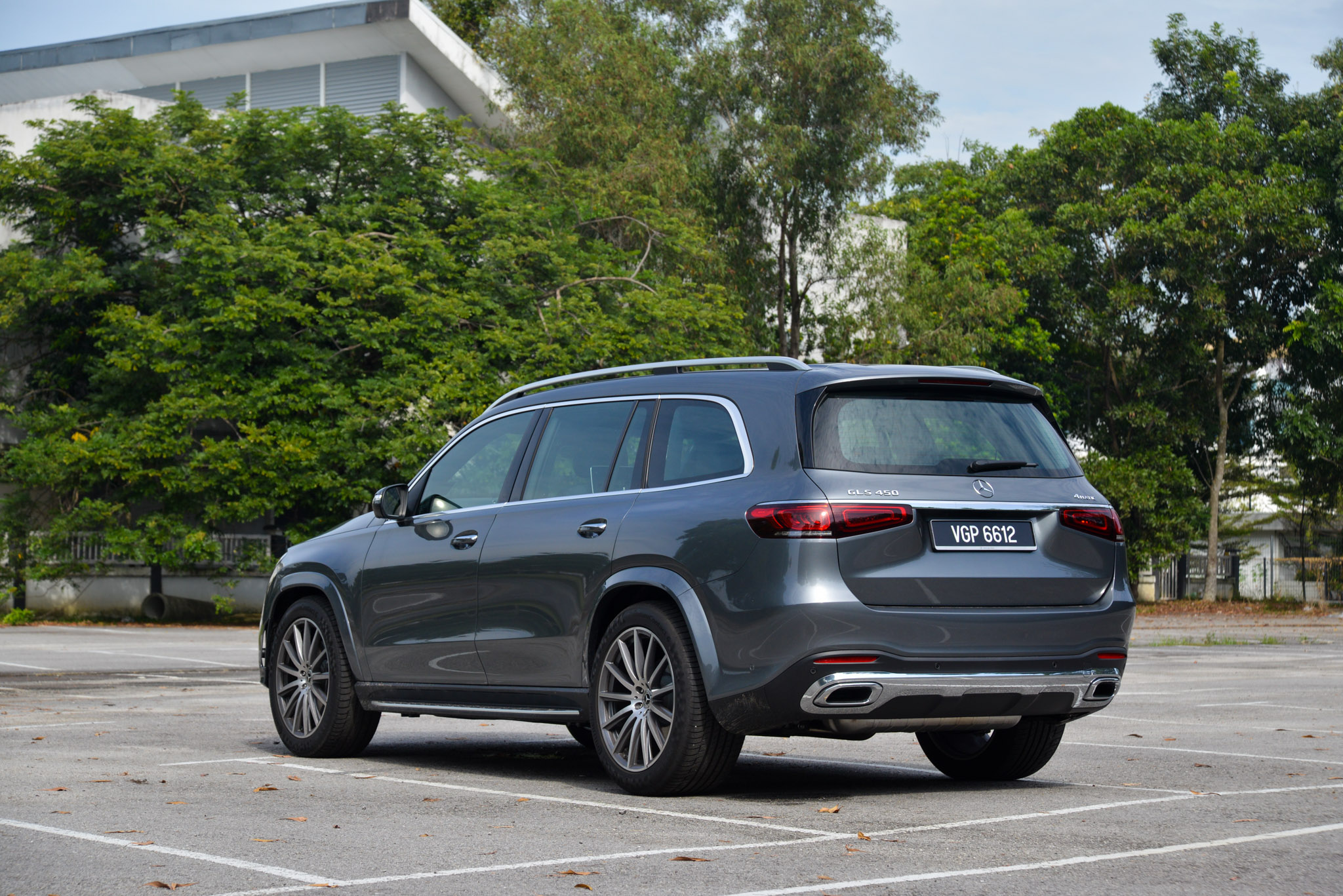 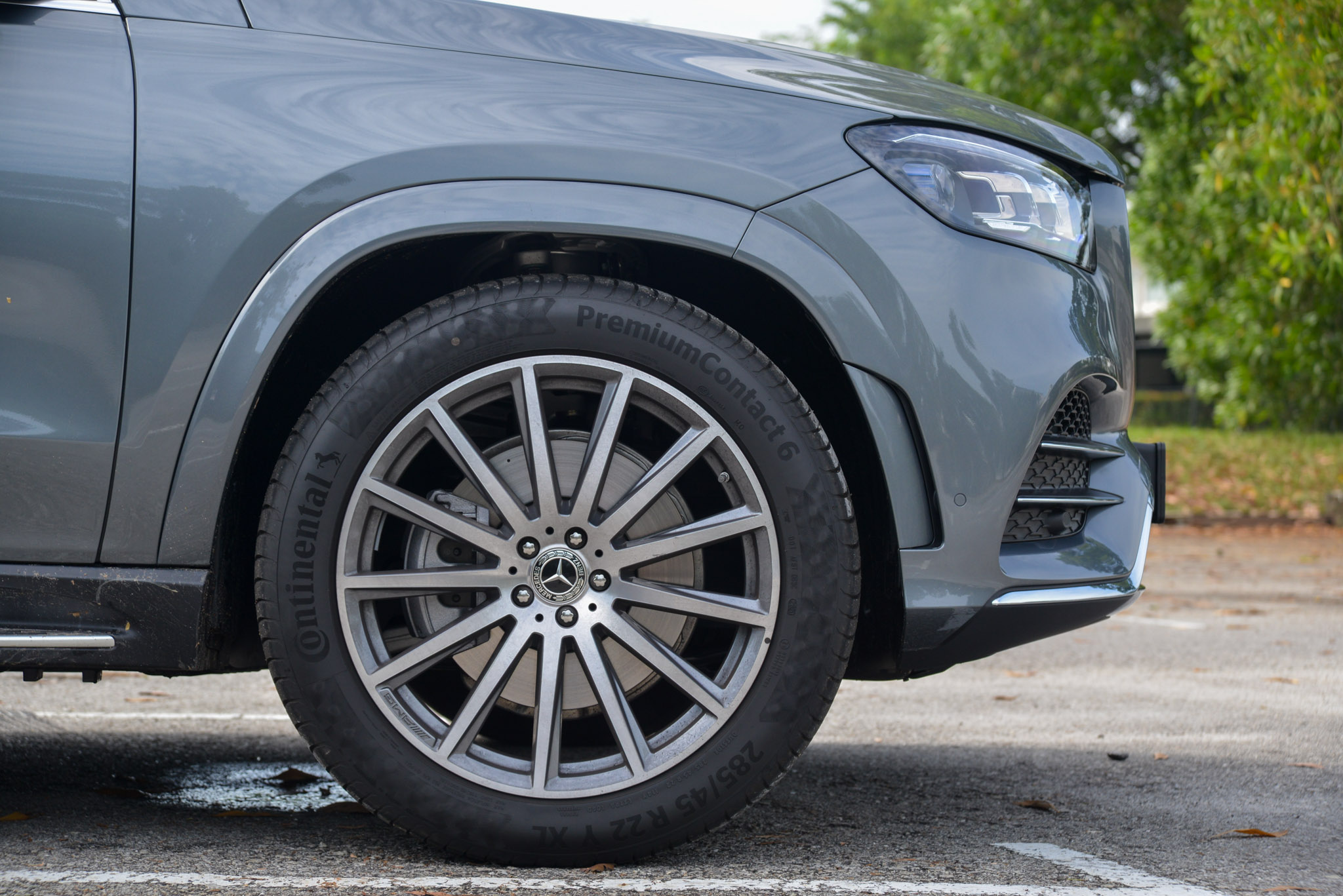 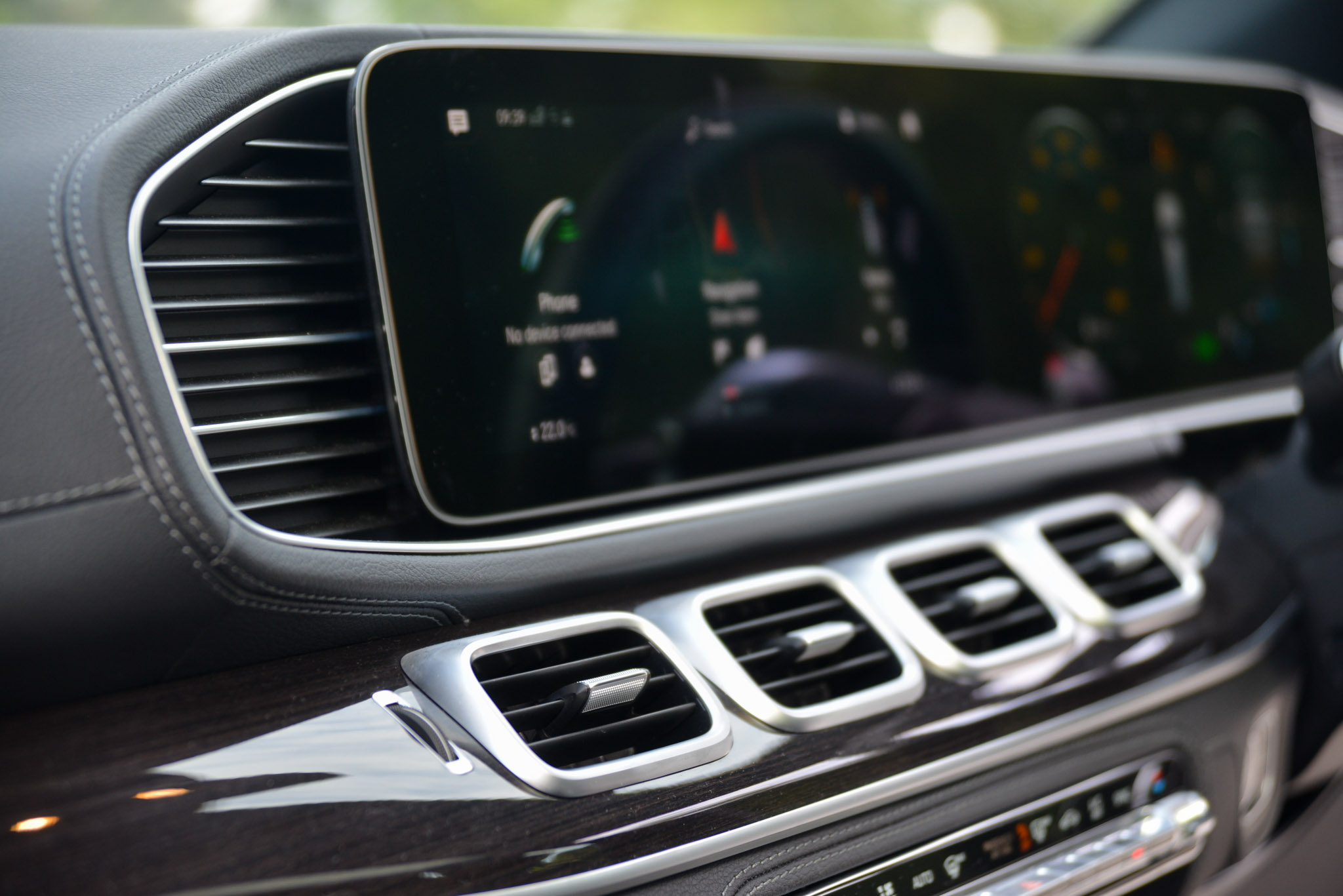 The Hofele Mercedes GLS is like a Maybach with less grille

Brabus will now sell you an 800bhp Mercedes-AMG GLS

The Mercedes-AMG GLS and GLE 63 have gone hybrid…