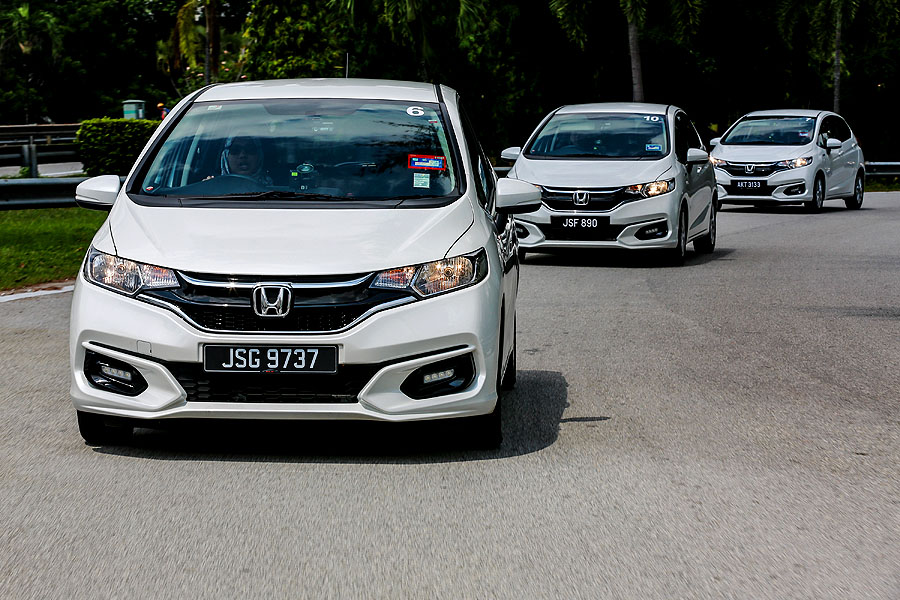 Honda’s on a roll, aren’t they?
To be fair, that’s an understatement. The mighty H-brand did steal the “No. 1 Non-National Car Brand” crown away from its chief rival, and they did it by ensuring they had a winning fighter in each segment entered.

The new Honda Jazz Sport Hybrid no exception to that last fact. Though the recently refreshed non-hybrid variants of the Jazz are poised to rule, Honda Malaysia reckons that there is a draw for a hybrid in this competitive segment.

Considering that we are now at the mercy of fuel retail prices fluctuating weekly, the Jazz Hybrid’s (along with its City Hybrid sedan sibling’s) arrival is rather convenient so to speak. 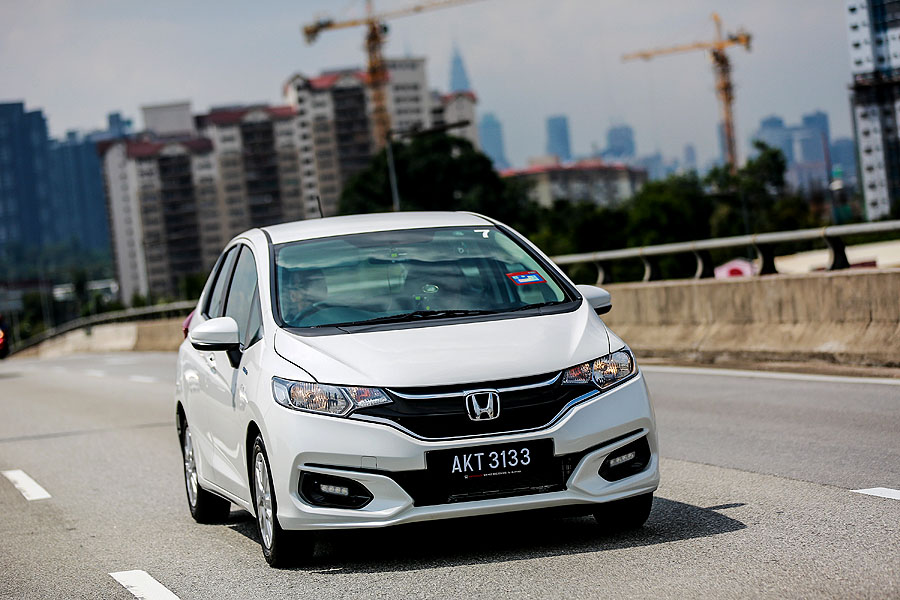 What’s special about the Jazz Sport Hybrid?
Firstly, Malaysia is the first market in the region after Japan to receive a hybrid version of the current-gen Jazz. Secondly, this locally assembled (CKD) model is the only hybrid offering in this segment too.

Instead of the familiar 1.5-litre SOHC i-VTEC four-banger plus CVT automatic setup, the Jazz Sport Hybrid is brimmed with Honda’s new ‘i-DCD Sport Hybrid System’. This package consists of a 1.5-litre DOHC i-VTEC four-pot that’s tied up with a 7-speed automatic dual-clutch transmission (DCT), an electric motor plus lithium ion battery pack, as well as an electric-powered compressor.

Headlining figures stand at 137hp and 170Nm (both combined), which isn’t exactly Earth-moving, but it is more than adequate. Just for comparison, the non-hybrid variants make do with just 118hp and 145Nm, so you’re indeed getting more ‘go’ with this hybrid.

Besides the absence of a few things such as a spare tyre (there’s a novel puncture repair kit instead) and the downsized 314-litre boot space (49 litres less than the non-hybrid), the kit list mirrors that of the range-topping Jazz 1.5 V on all fronts, so there’s little to gripe about here really. 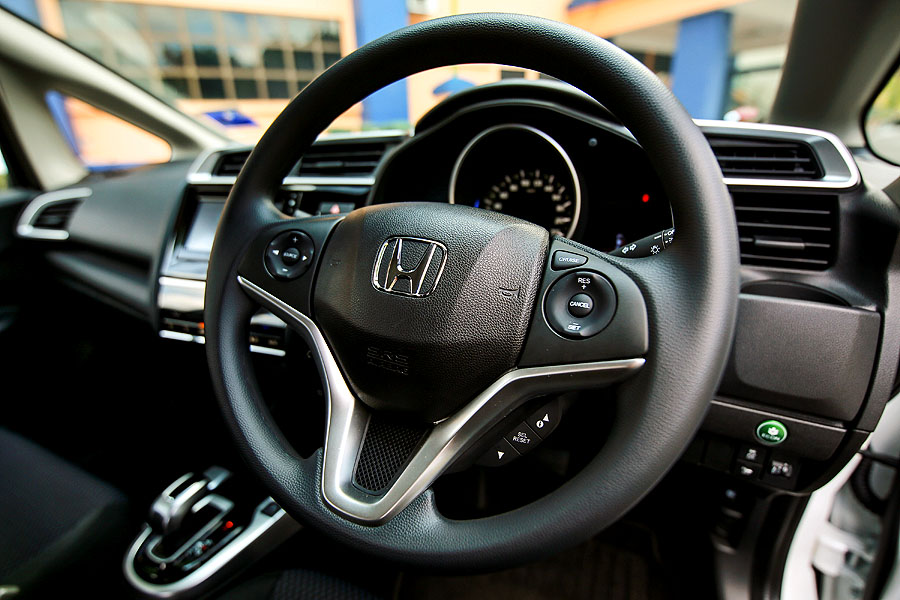 That’s plenty of tech, but what does it all mean?
Having sampled it in a recent press trip through the East Coast, we’re not too certain about the ‘Sport’ bit of things, especially with the way it looks.  However, the Jazz Sport Hybrid makes up for that simply through delivering its other promise at being very fuel-efficient.

There’s plenty to say about the way the i-DCD Sport Hybrid system performs (both good and not). The short answer here though is that it works brilliantly, especially when you need to maximise every drop of fuel from the 40-litre fuel tank on board.

Proof of which came in the fuel efficiency challenge held during our drive where we had to cover 56km in less than 90 minutes through twisty B-roads with inclines plus urban traffic. Even without folding the side mirrors or killing the AC, we managed to muster an average of 30.8km/litre, or 3.2 litres/100km. 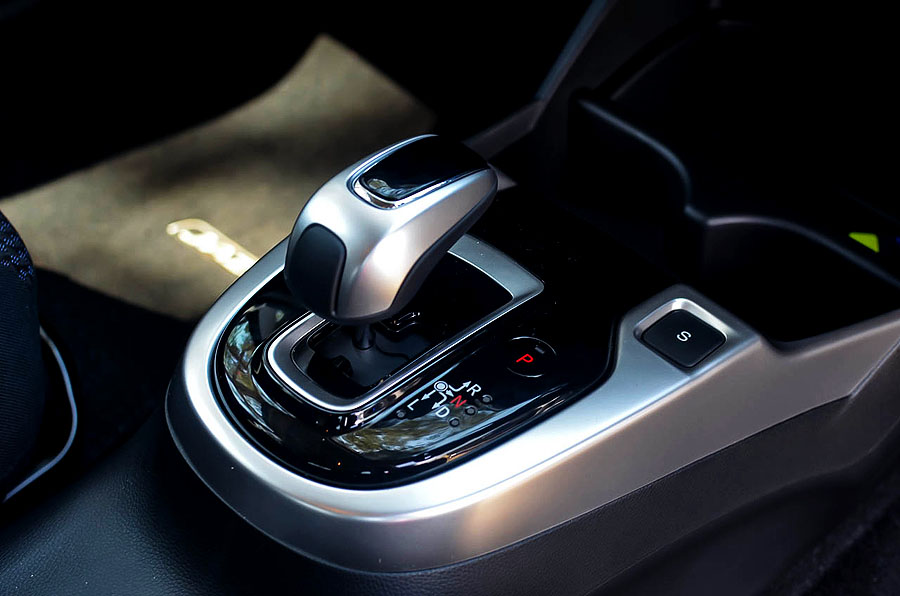 Seriously, how does this hybrid drive?
Needless to say, corner-carving through Ulu Yam isn’t this Jazz’ forte – there’s no hiding the additional 77kg this hybrid gained over its non-hybrid siblings. But the news isn’t all that bad beyond several predictable quirks.

One thing for sure is that you’ll be winning a different sort of race that really matters:  you’ll be visiting the pumps less frequently with this hybrid. Over the long run, this is great for the environment and your wallet.

You’ll also win said race in good comfort courtesy of a relatively pliant yet balanced ride setup. This is also one hatch that’s less tiring to pilot over long distances thanks to the light yet precise electric power steering and standard-equipped cruise control system.

You can still carve B-road corners with this eco-friendly hatch if you wanted to, but you’d feel silly in doing so – trust us on that. 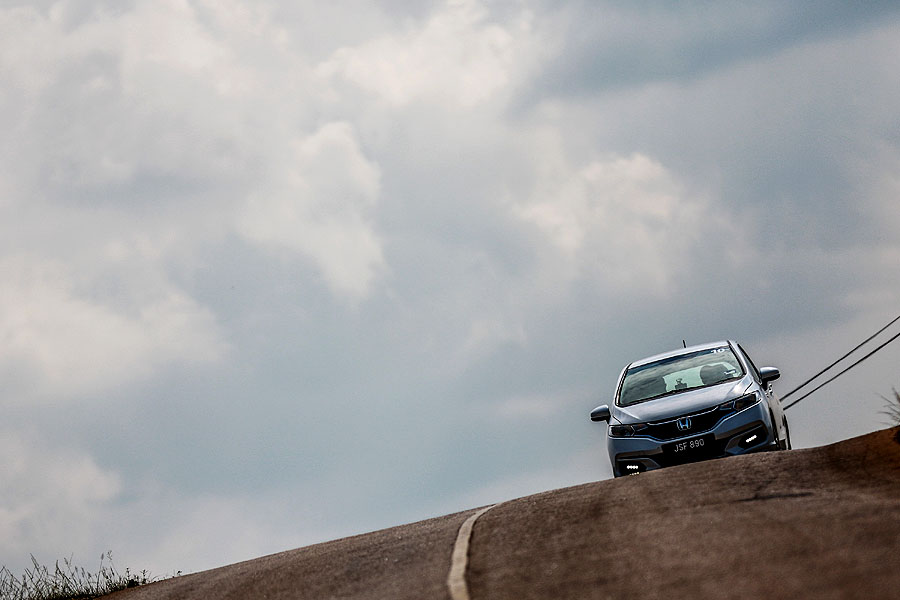 So, is this Hybrid the one to buy?
For those who’ll spend more than 90% of your drive time in the urban jungle without sacrificing too much on dynamic driving, then the Honda Jazz Sport Hybrid (as well as its City Hybrid sedan sibling) makes a lot of sense.

Lets also not forget that the next ‘cheap’ hybrid options available in our market are both in higher segments and costs over RM100,000. Needless to say, you’re getting plenty of electrifying tech here and more for less indeed. 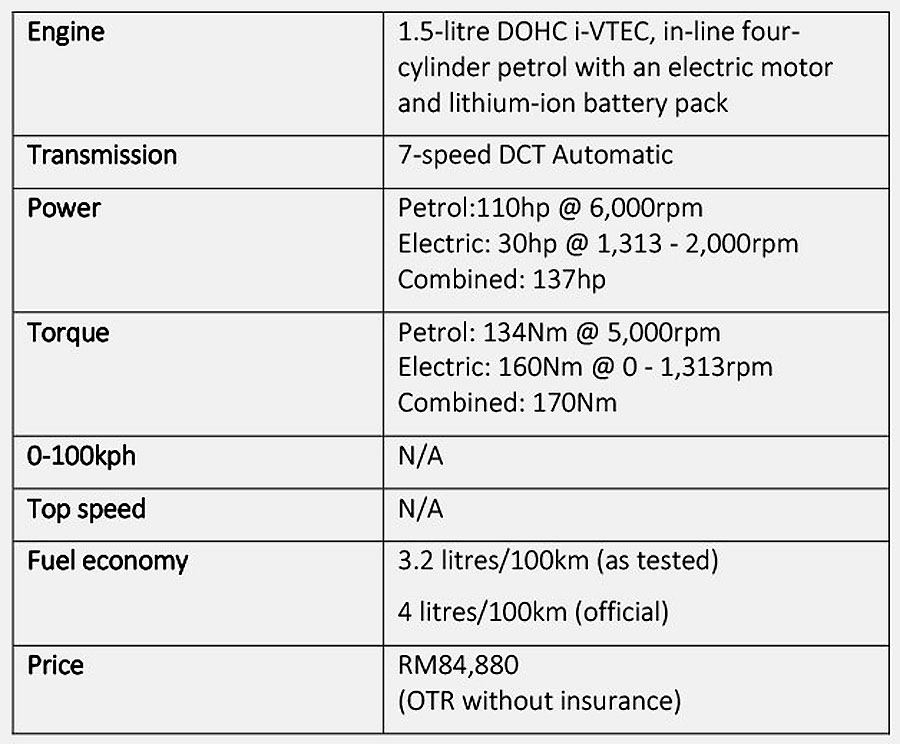 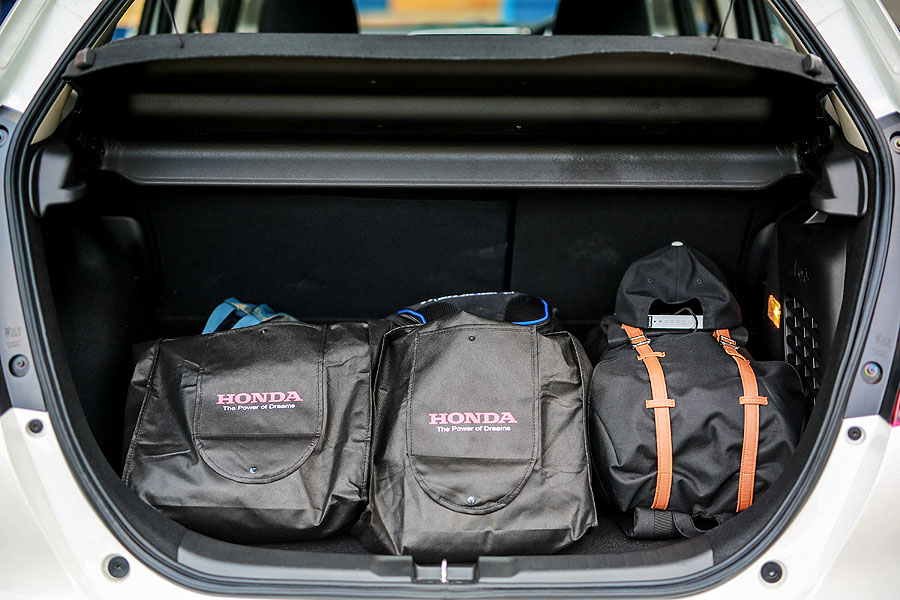