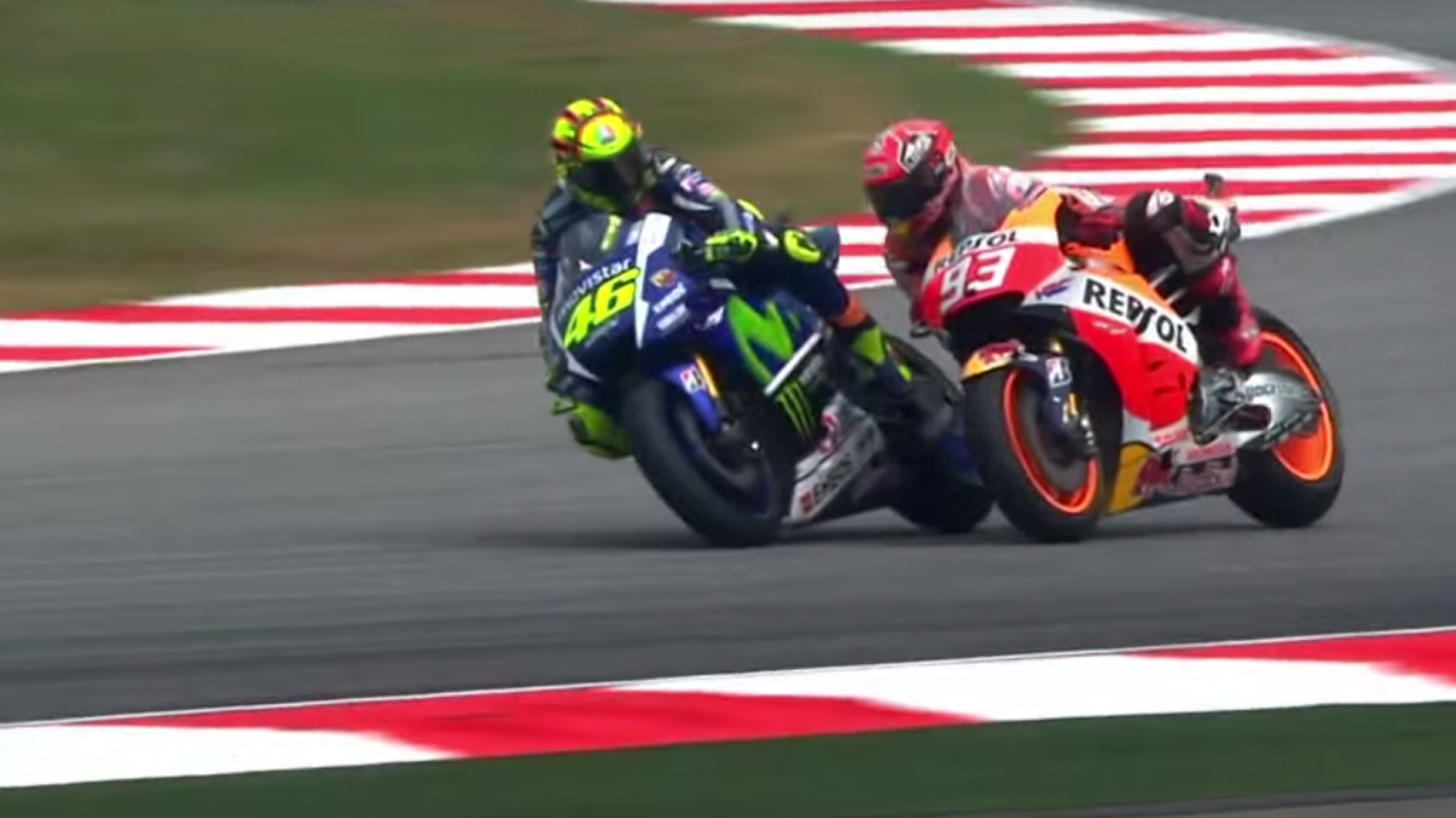 Valentino Rossi will start the final race of this year’s MotoGP season at the back of the grid. Not for changing his engine, or speeding in the pitlane, or any other such wishy-washy reason.

No, Rossi is starting from the back because, as you’ll see in the following video, he kicked Marc Marquez off his bike at last week’s Malaysian GP.

We cordially welcome you, then, to Road Rash 2015. The racers’ ‘coming together’ took place on lap 13 of 20 at the Sepang circuit, when championship leader Rossi pulled up alongside Marquez.

After a few glances were exchanged, Rossi’s foot swung out and Marquez went tumbling. Rossi sped off into the distance, but not before having one last check behind him. The Italian eventually finished third, behind his teammate Jorge Lorenzo and race winner Dani Pedrosa.

Rossi later explained the incident: “”He came to me and I think he crashed in that moment,” he said. “His handlebar touched my foot and my foot slipped off. A bike can’t crash only with a touch.” Does sound a little bit like the old ‘my fist slipped into his nose, officer’ excuse to us.

Have a watch of the video above. Did Rossi’s foot ‘slip off’, or was it a move worthy of classic Sega Mega Drive title Road Rash? In fact, hands up who’d watch a no-holds-barred MotoGP race?