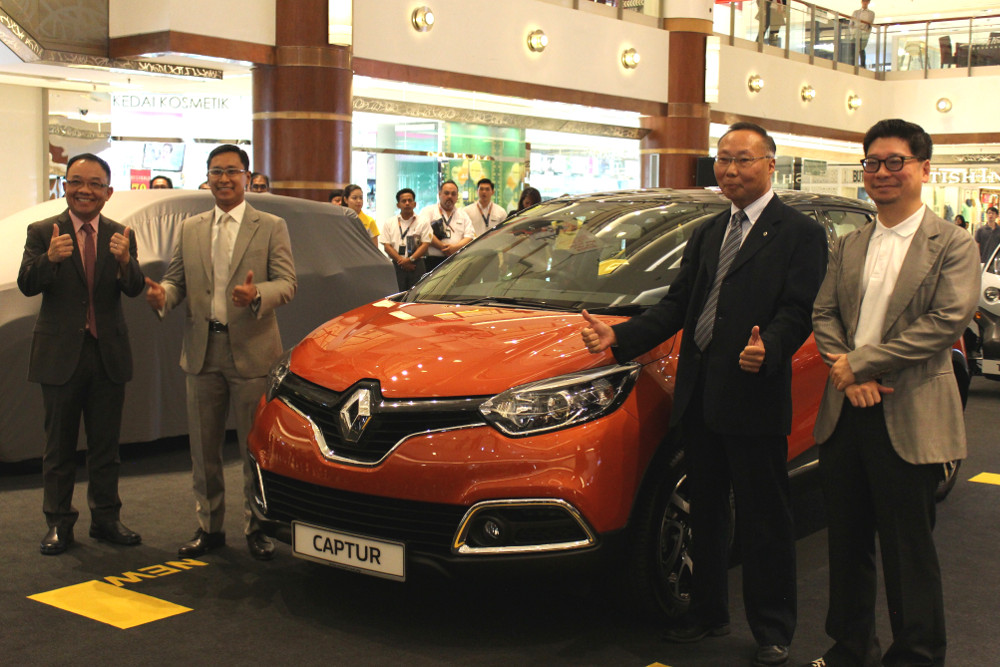 TC Euro Cars (the sole franchise holder for Renault cars in Malaysia) gave the public an early preview of its newest compact urban crossover - the Renault Captur. Measuring at 4.12m x 1.77m x 1.57m, Renault's compact 5-seater will be going up against the likes of the Honda HR-V, Mitsubishi ASX, and Suzuki S-Cross.

With Renault's 1.2-litre turbocharged Turbo Control Efficiency (TCe) 120 engine producing 120hp and 190Nm of torque, Renault is clearly following the downsizing route without sacrificing power and performance. Yet, it still manages to offer a fuel efficiency of up to 5.4L/100km thanks to the 6-speed Efficient Dual Clutch (EDC) transmission. Further fuel savings can be found with the Captur's intelligent ECO mode, which is able to restrict engine torque and select gear change at lower engine speeds, along with an energy saving climate control programme.

The Renault Captur will be sold at an estimated price ranging between RM118,000 to RM123,000, and comes with the five-year unlimited mileage manufacturer's warranty and 10,000km (or six months) service interval. The official launch is slated for the fourth quarter of 2015.

Preview of the Renault Captur will be available at the following dates and locations: 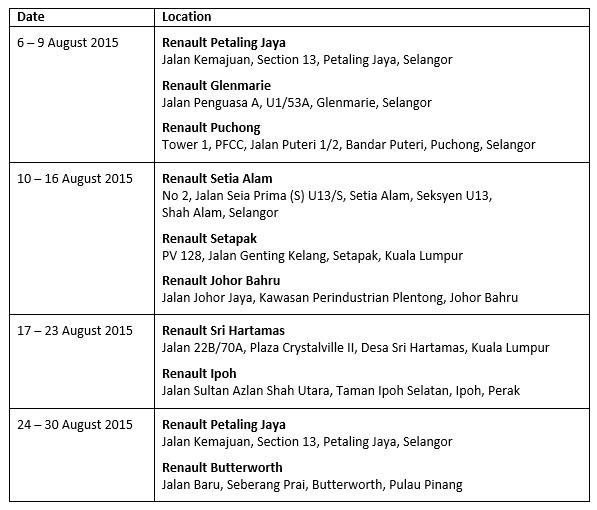