Looks like a Porsche Macan review, this…
You’re not wrong. What we’ve got here is the Porsche Macan Turbo with Performance Package – to give it its full and unnecessarily long name. The Macan, remember, is Porsche’s baby-SUV. One down from a Cayenne, it rivals the Jaguar F-Pace, Audi Q5 and similar. We like it a lot.

And what is this ‘Performance Package’ of which you speak?
You could think of the Macan PP (as it shall henceforth be known) as a kind-of Macan Turbo S. It’s that kind of upgrade, even though Porsche insists a) it really isn’t a Turbo S, so please stop asking and b) it isn’t calling it the PP so it can build a Turbo S later on.

The 3.6-litre V6 from the Macan Turbo remains but gets an extra 39bhp and 50Nm, for a total of 434bhp and 601Nm. This means 0-100kph in 4.4 seconds and 272kph, improvements of 0.4 seconds and 6kph, and makes it more or less as fast as the bigger, uglier, V8-engined Cayenne Turbo. Any more power, and it would start troubling the vastly more expensive still Cayenne Turbo S.

Safe to say, this is in a completely different league to even the most potent F-Pace. 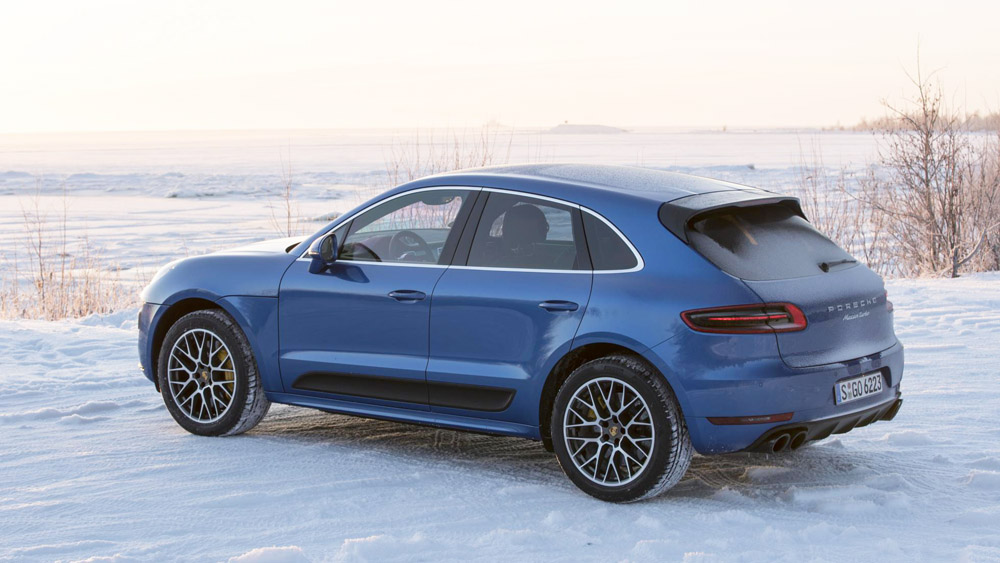 Where’s the power come from?
It’s a remap, simple as. Porsche hasn’t wound up the boost or anything like that, which means the only mechanical differences between the PP and the regular Macan Turbo are the 30mm bigger front discs (steels, but ceramics are optional), the 15mm lower-riding suspension with PASM adaptive damping (air is an option) and the switchable sports exhaust. Sports Chrono is standard here, and remains an option on the Turbo, as does PASM.

How does it drive?
Caveat: we drove the Macan PP in northern Finland, where at this time of year the roads are all covered in that fluffy white stuff we so rarely get in mainland Britain. So, it’ll have to wait a few weeks before we can properly assess the thing. But the changes Porsche’s made (or lack thereof) to the Macan PP aren’t likely to have done it any harm. The regular car is probably the best handling car in its class, and short of that extra grunt having unforeseen, unfortunate and unlikely effects on the chassis, the PP will be too.

What we can tell you is this: it sounds ace, the PDK ‘box is deft as ever, the ride is agreeable and the steering has a pretty nice heft to it even when you’re going slowly. The interior, too, is lovely as ever – made better still by Porsche’s latest PCM module, which has Apple CarPlay, Google Maps and many other things.

And grip allowing, it’s seriously fast. Obviously. Stick one of these on a serious set of winters and for seven months of the year, few cars could keep pace with it.

How much is the upgrade?
Well it’s not really an upgrade. Porsche’s sort-of treating it as a separate model, which somewhat weakens its argument for not calling it the Turbo S (that a Turbo S isn’t just a performance upgrade, but brings in a shedload of extra kit as standard, and looks a bit different to boot). The PP is around £5,500 dearer than a regular Macan Turbo, at £68,073. 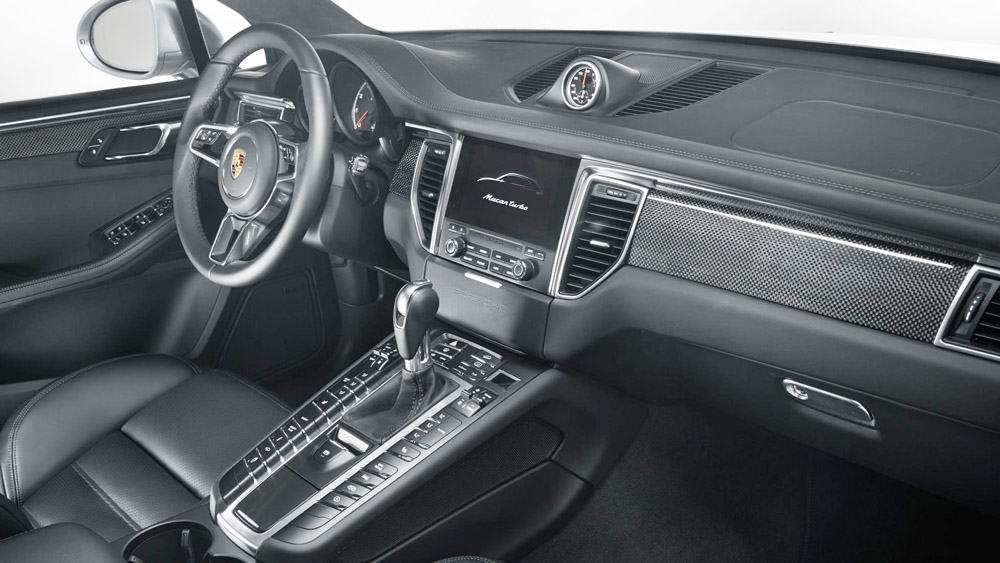 But how will everyone know I’ve bought the fast one?
They won’t. And this is part of the reason Porsche hasn’t called it the Turbo S. A Turbo S looks different to a regular Turbo, but the Macan PP looks identical to the regular Macan Turbo. There are a couple of special appearance packages exclusive to the PP that give you big wheels, door-entry guards and what have you. But broadly speaking, you’ll have to look very hard to tell the two apart.

Should I buy one?
Why not? The point of the Macan Turbo was that it was the fastest Macan. It isn’t anymore, so you really need one of these instead. What’s an extra £5,500? You were going to spend that on options anyway. And remember Macans hold their value notoriously well, so you may even get the extra back when you part-ex it for the 911 you always wanted.