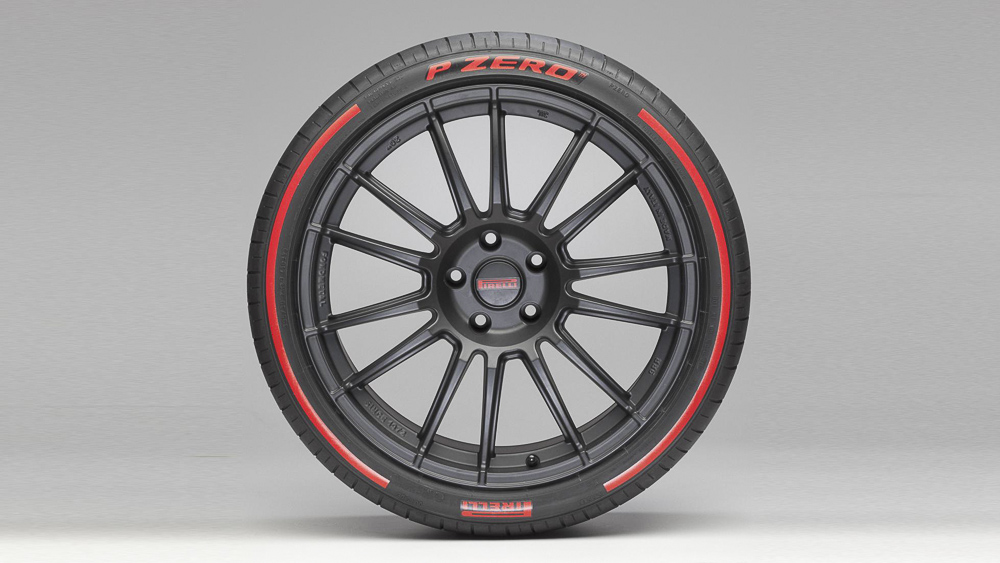 Ever stared at your tyres and wished there was an app that lets you know what was going on inside them? No, us neither, but Pirelli has revealed the new Connesso P Zero and Connesso Sottozero tyres regardless.

“Until now the tyre was the least connected part of the car, but the only part connected to the road,” Luigi Staccoli, boss of Pirelli digital explained. 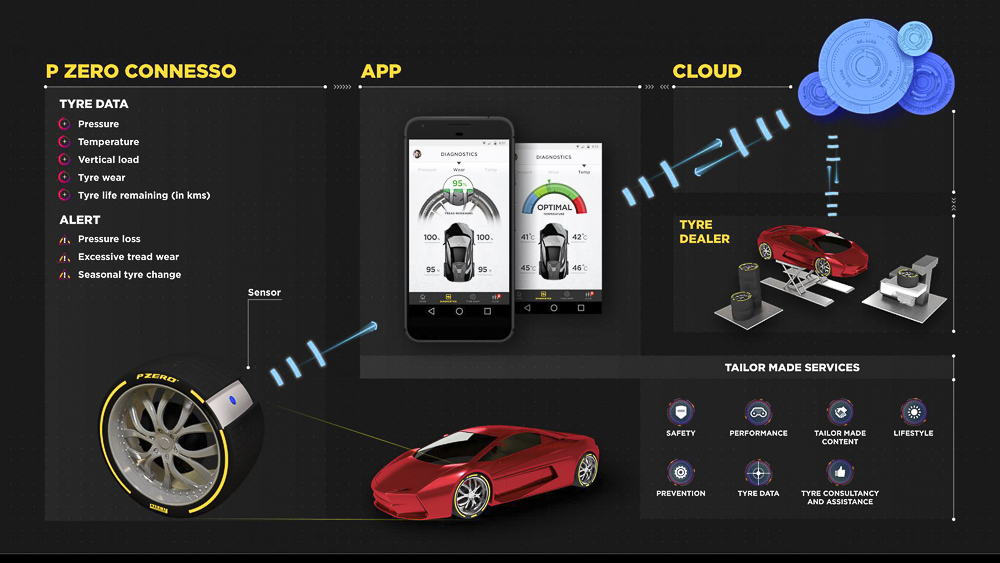 It works like this: a sensor 100mm in diameter and weighing 9g is stuck to the inner side wall of the tyre and, once connected, talks to an app. From there you can monitor the pressure, temperature and tread depth on your phone and, perhaps more usefully, send for help directly when you get a flat, order a new set if the tread is low or book in a service to swap from summer to winters. Handy.

Pirelli is starting by offering it in the P Zero family from this summer, but the long game is to have it fitted to every tyre they sell.

On a more frivolous note you can also now order your P Zeros with a coloured stripe in the side walls, just like your favourite fat-tyred F1 cars. Four main colours will be offered initially, but a palette of 3000 colours are available if your pockets are deep enough. 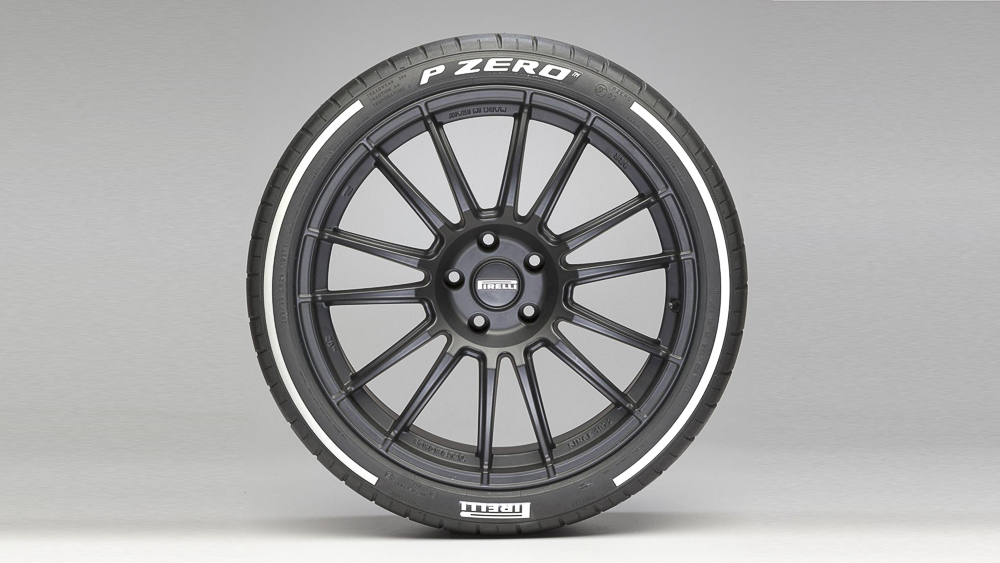 So networked, multi-coloured tyres are now a thing. And there we were thinking they were just to keep us from falling off the road. 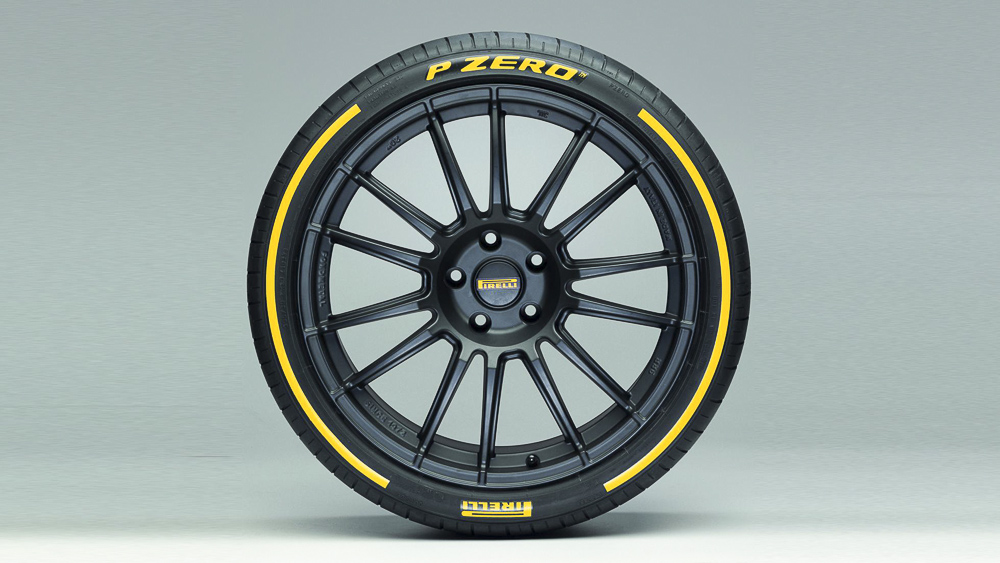