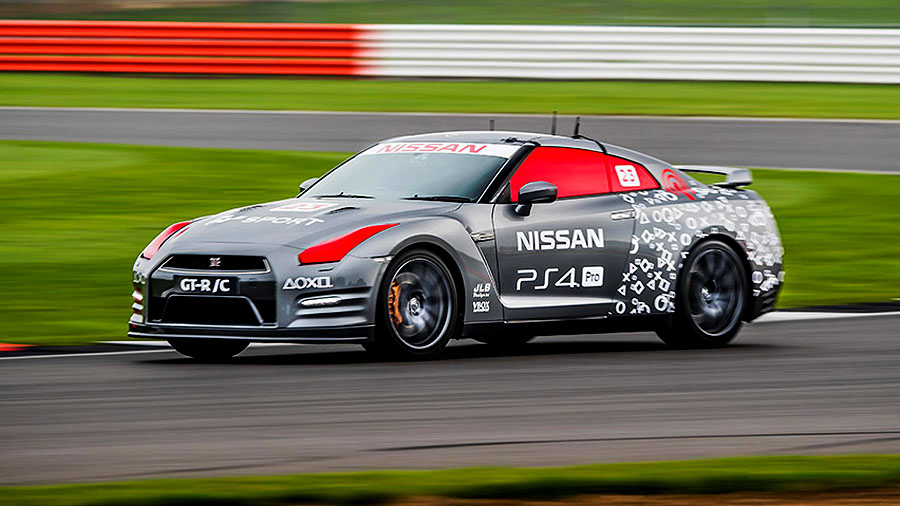 Welcome to the coolest thing you’ll see this week. To celebrate the launch of Gran Turismo Sport(stay tuned for our full review) for the PlayStation 4, Nissan called upon a company called JLB design to convert the gamers’ favourite – a (in this case standard, 2011MY) Nissan GT-R – into a life-size, 542bhp, 315kph remote-controlled car you drive not with a normal controller, but a PS4 joypad. 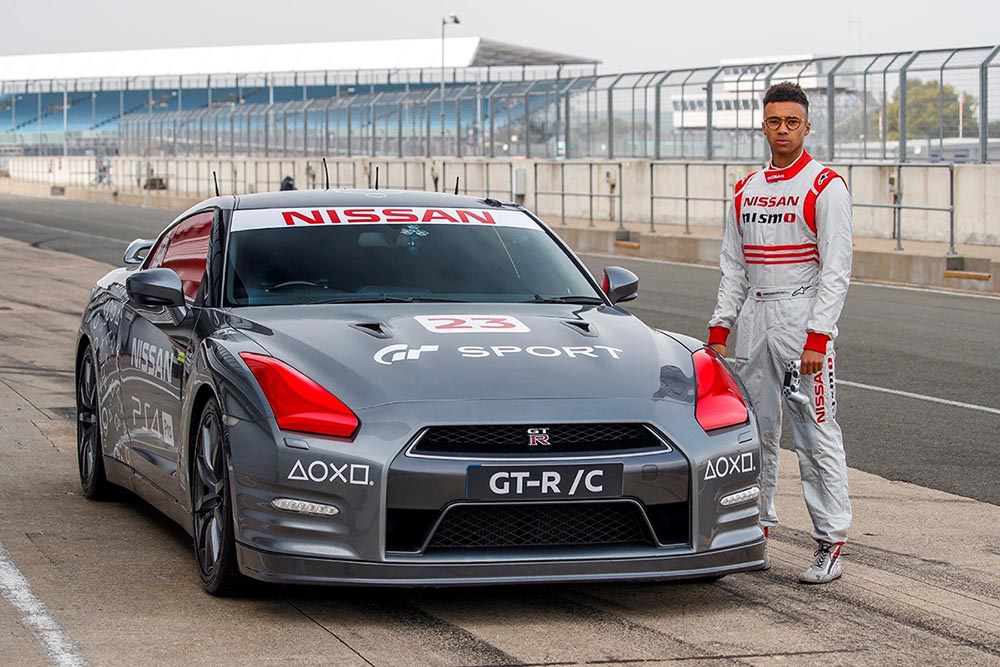 And to test its mettle Nissan needed a driver. I wasn’t available, so Nissan called its gamer-turned racer Jann Mardenborough, flew him from Japan to Silverstone and gave him a tiny little chopper (that had been given special dispensation to operate at a low altitude) from which he could control the car. Well, he couldn’t just stand at the side of the track now, could he?

From his constantly-moving chase-copter vantage point in the sky, Jann set a time of 1m 17.47s around Silverstone’s National Circuit, hitting 211kph and averaging 122kph. That’s about as quick as a fairly handy driver can do it in a very much non-remote-controlled 370Z. We’re told the chopper had trouble keeping up.

There was no bumper-cam, no video-feed for Jann to check, just a speedo to help him judge his entry speeds. He did it all by eye. But with a range of 1km he was never really in danger of being too far away, and there were two independent safety systems (operating on different frequencies) that could have brought the car to a halt if Jann had lost control for whatever reason. And a chase GT-R, for good measure.

Stay tuned for (much) more on the GT-R/C, as we interview its driver and its maker, and even have a go ourselves. Spoiler: it’s flipping excellent…