Welcome to the Hennessey VelociRaptor Ranger

Well good news Americans, for John Hennessey has your back. He’s taken the American version of Ford’s littlest truck and created this - the Hennessey VelociRaptor Ranger.

Hennessey’s ‘Stage 1’ suspension kit lifts the Ranger by four inches. 18-inch alloy wheels and BFG off-road tyres add a bit more height, so in all the VelociRaptor Ranger is six inches taller than standard. You also get a more aggressive front bumper with built-in LEDs and you can spec a winch. 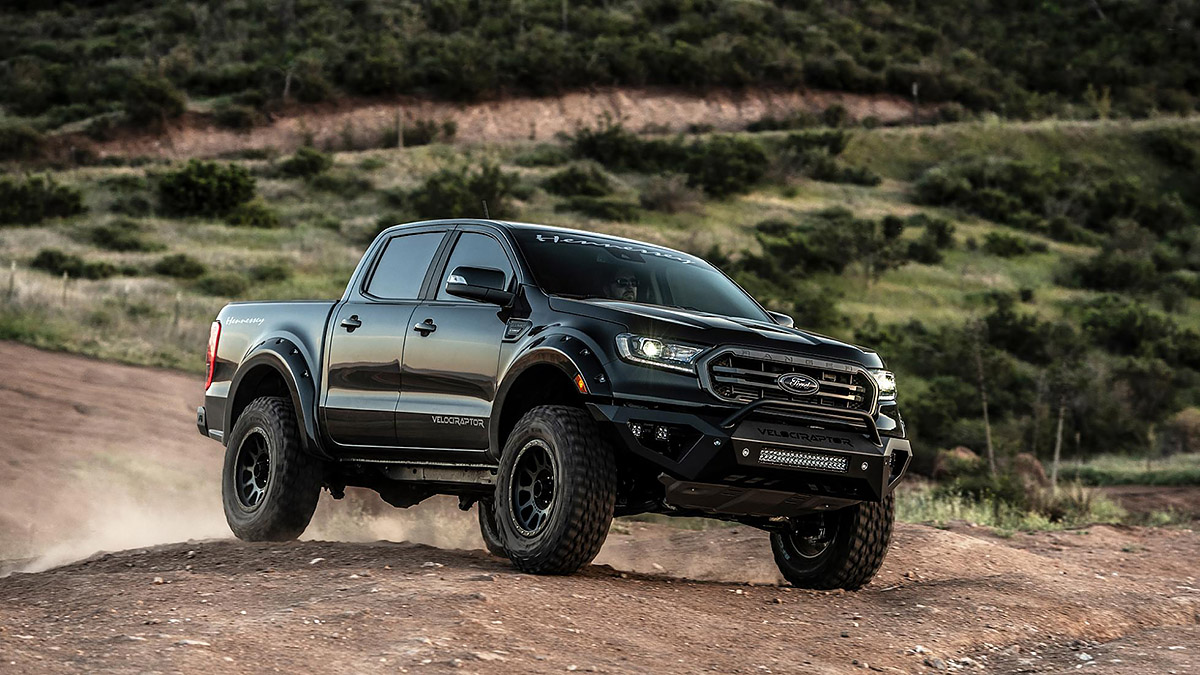 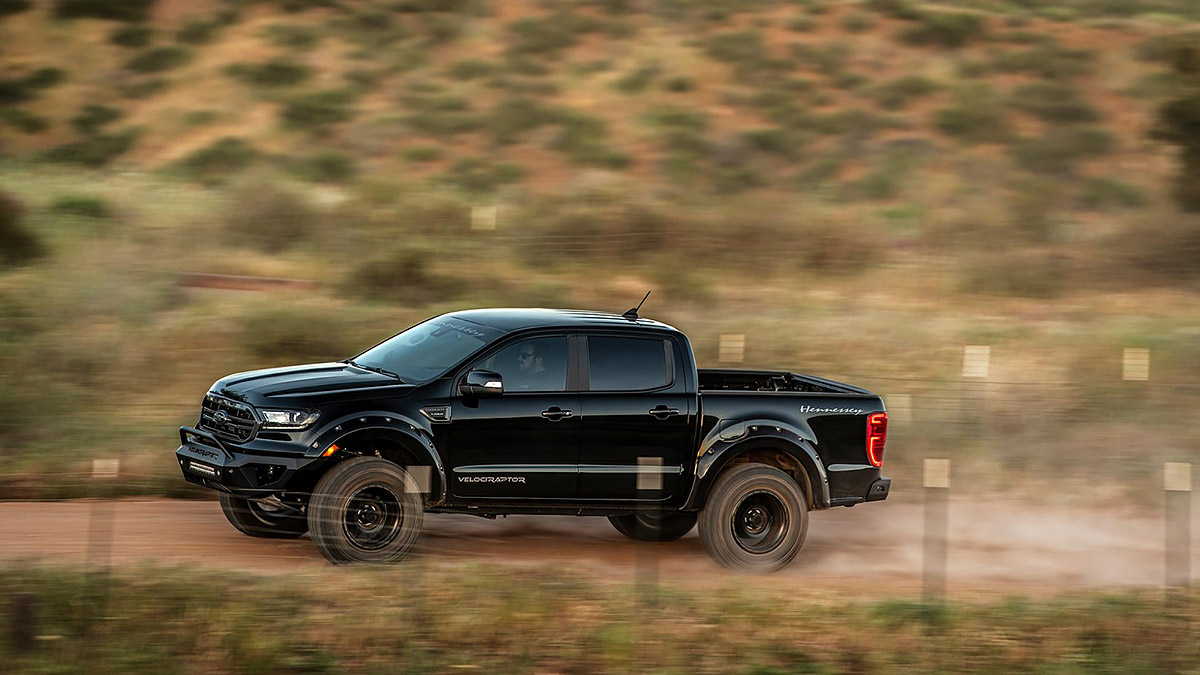 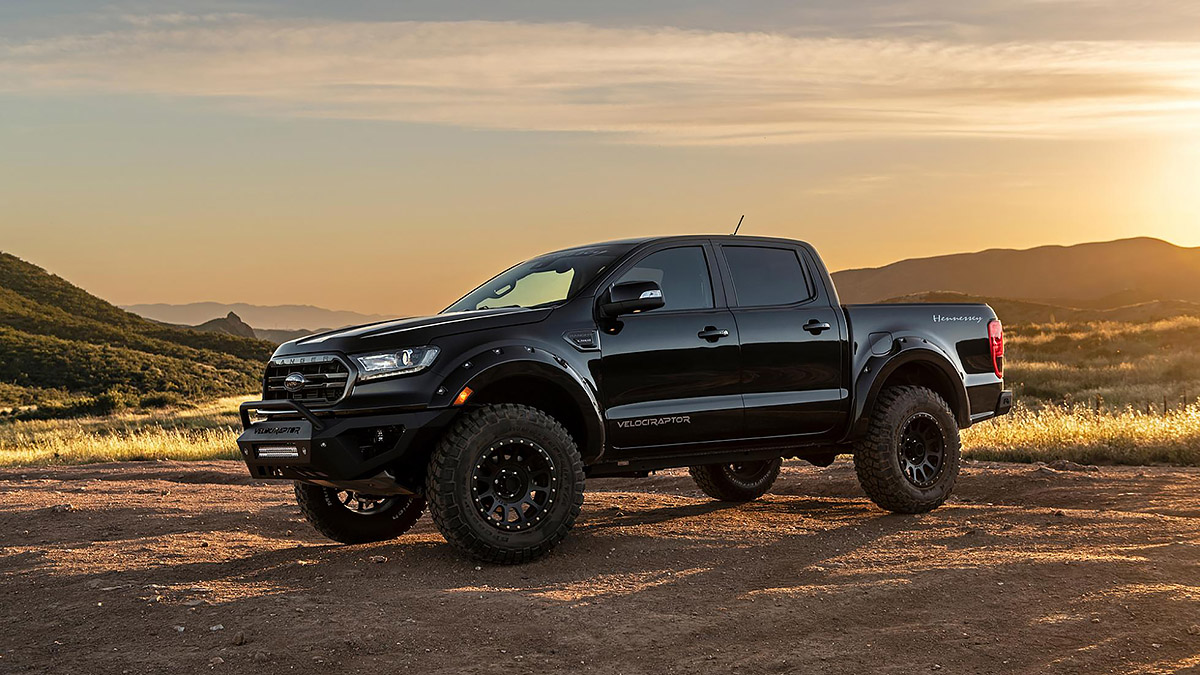 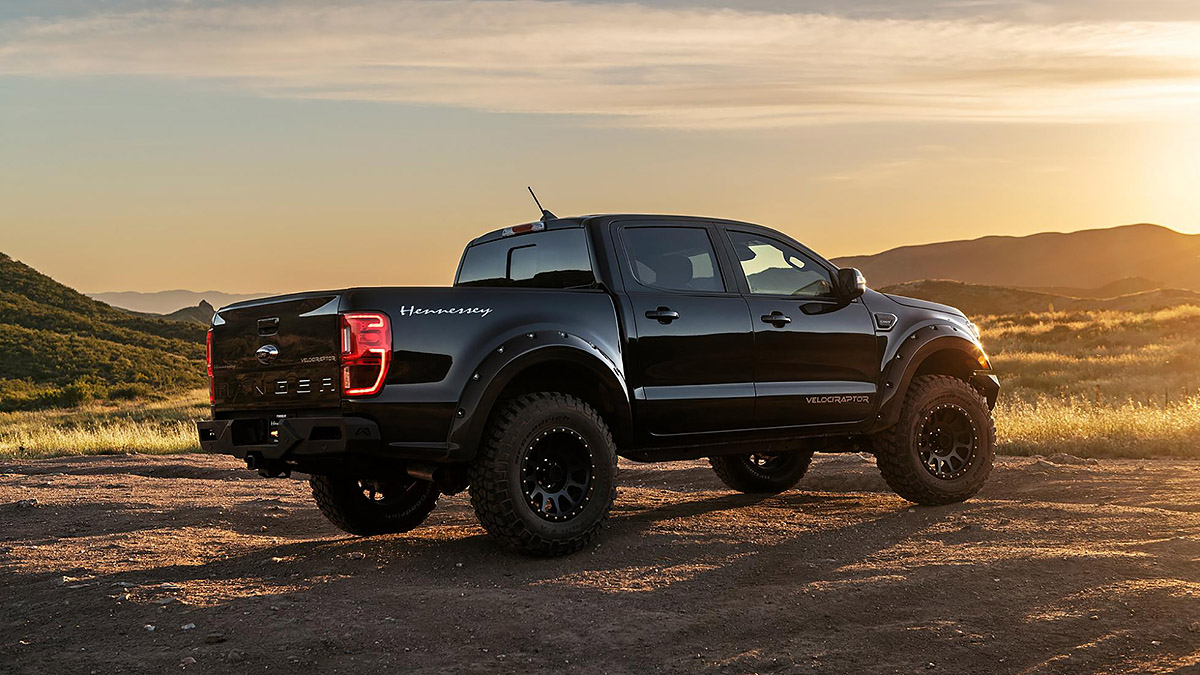