The latest round of Euro NCAP tests have taken place. And the headlines have gone not to one of the new cars, the majority of which scored the full five stars, but the retesting of an old one. The venerable Fiat Punto accrued no stars whatsoever, in the car-crash equivalent of a Eurovision nul points.

Euro NCAP has chosen to recognise that many carmakers extend the lives of their models with facelifts rather than frequent replacements. The Fiat Punto is a Grade A example of that philosophy – where most cars live for six or seven years between complete replacement, the current Punto is only a couple of light facelifts fresher than a 2005 model. 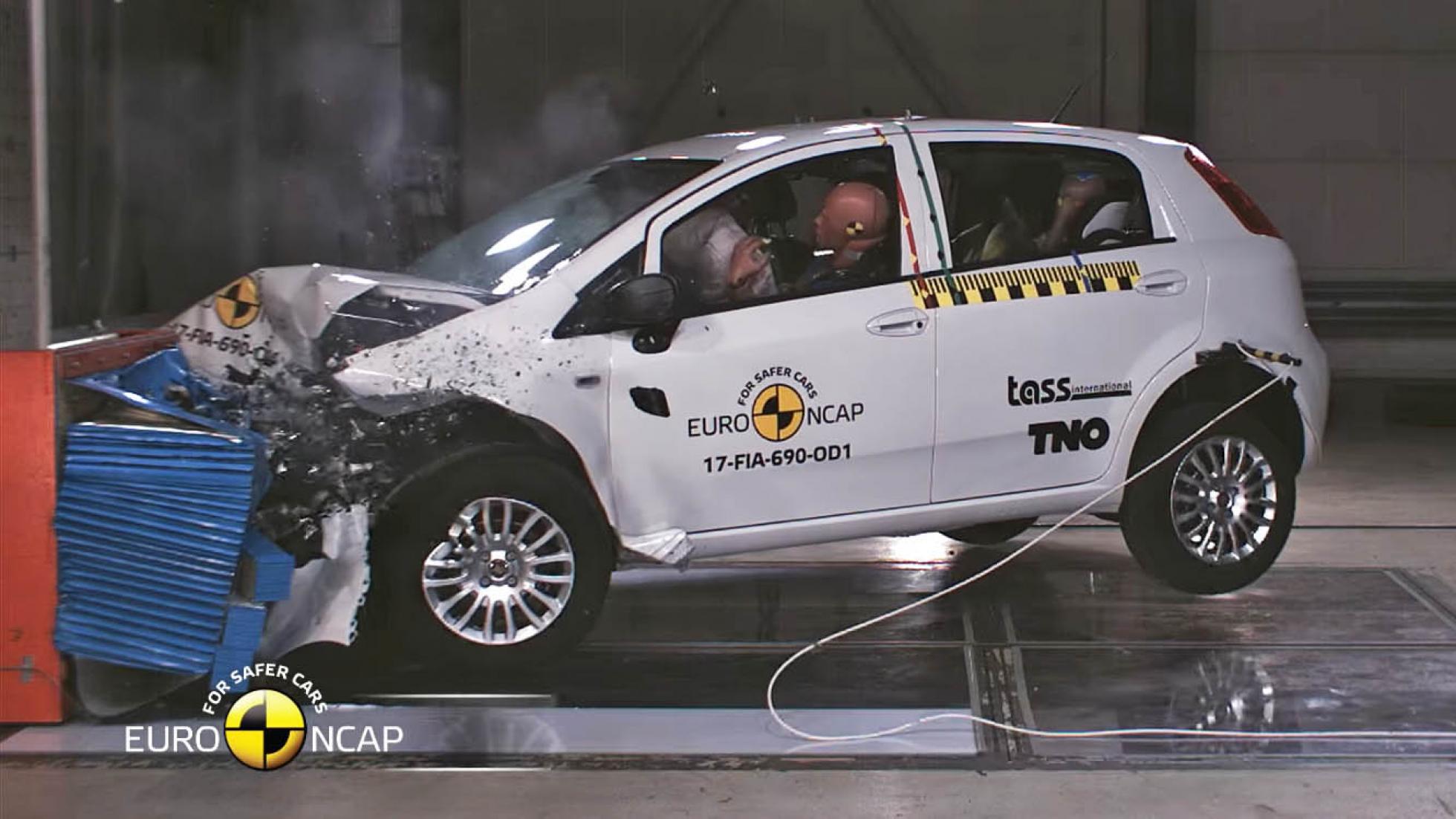 Back then, it was awarded the full five stars in the Euro NCAP tests. So what the video above proves isn’t that a Punto - if you have one - is unduly unsafe, but that these tests have really sped up the development of safety tech and that not every carmaker is keeping its brand new models up to date.

The Punto performs well enough to get two stars in how it protects drivers, passengers and pedestrians in an accident. It’s the lack of seatbelt warning bongs beyond the driver’s seat and no anti-crash braking tech that disqualify it from any stars in its overall rating. The organisation is particularly stringent on cars that don’t take cheap and simple safety tech seriously.

“The fact that older cars cannot compete illustrates the pace at which the vehicle industry is innovating safety, and the willingness and ability of competitive manufacturers to meet the highest standards. Those who do not keep their cars up to the latest standards get left behind, as these results clearly show.”

The Punto has been uncompetitive for a while now. Perhaps this will finally convince Fiat to replace it…