National carmakers Perodua and Proton both capped 2019 strongly on the back of consumer-centric new models like the Perodua Aruz and Proton X70. Here are their grand plans to take things to the next level in 2020.

Perodua closed 2019 with a record 240,341 cars sold in the calendar year, claiming 40 percent of the national market share for the first time. With 100,821 cars sold in the same period, Proton is some ways behind but its sales total – its first six-digit haul since 2015 – was enough to reclaim second spot in the overall sales chart from Japanese carmaker Honda.

For 2020, Perodua is intent on repeating its 240k sales feat and preserving its 40 percent market share, and the early signs are promising. The 2020 Bezza has already garnered 15,000 bookings since it was launched a fortnight ago, 2,000 of which have already been fulfilled at time of writing. Meanwhile, Proton is ambitiously eyeing a 30 percent growth in sales with a 2020 target of 132,000 units, which brings us straight to our next category…

Is the Daihatsu Rocky a future Perodua SUV?

New models
Proton’s 2020 success will depend on two key models, namely the Proton X50 and Proton X70. Company CEO Li Chunrong has confirmed that a brand new model, likely the smaller Geely-derived SUV, will break cover this year to join the locally-assembled version of the largely popular X70 in Proton showrooms nationwide. Production for the latter has already begun in Tanjung Malim and a market introduction for the X70 CKD is imminent.

Perodua has been a touch more coy with the timeline involving its future products, but president and CEO Datuk Zainal Abidin Ahmad has basically hinted that the Daihatsu New Global Architecture (DNGA), turbocharged engines and autonomous technology will all be essential to the brand’s newer models. It’s possible that a compact SUV based on the Daihatsu Rocky which debuted in the Tokyo Motor Show last year is part of the plan. And there’s also the possibility of the Myvi GT.

It will be a busy year for Proton, which wants to expand its network of 3S and 4S centres from 121 outlets to 153 outlets within the next 12 months. On the flipside, Perodua’s focus will not be towards widening its aftersales network – its 188 service centres which handled a record 2.35 million service intakes in 2019 seems sufficient already.

“We have the largest vehicle sales and service network in Malaysia. Our intention is not so much to expand further but to enhance the facilities we already have by working closely with our dealers for the benefit of our valued customers,” Datuk Zainal Abidin Ahmad, CEO & President of Perodua (below) 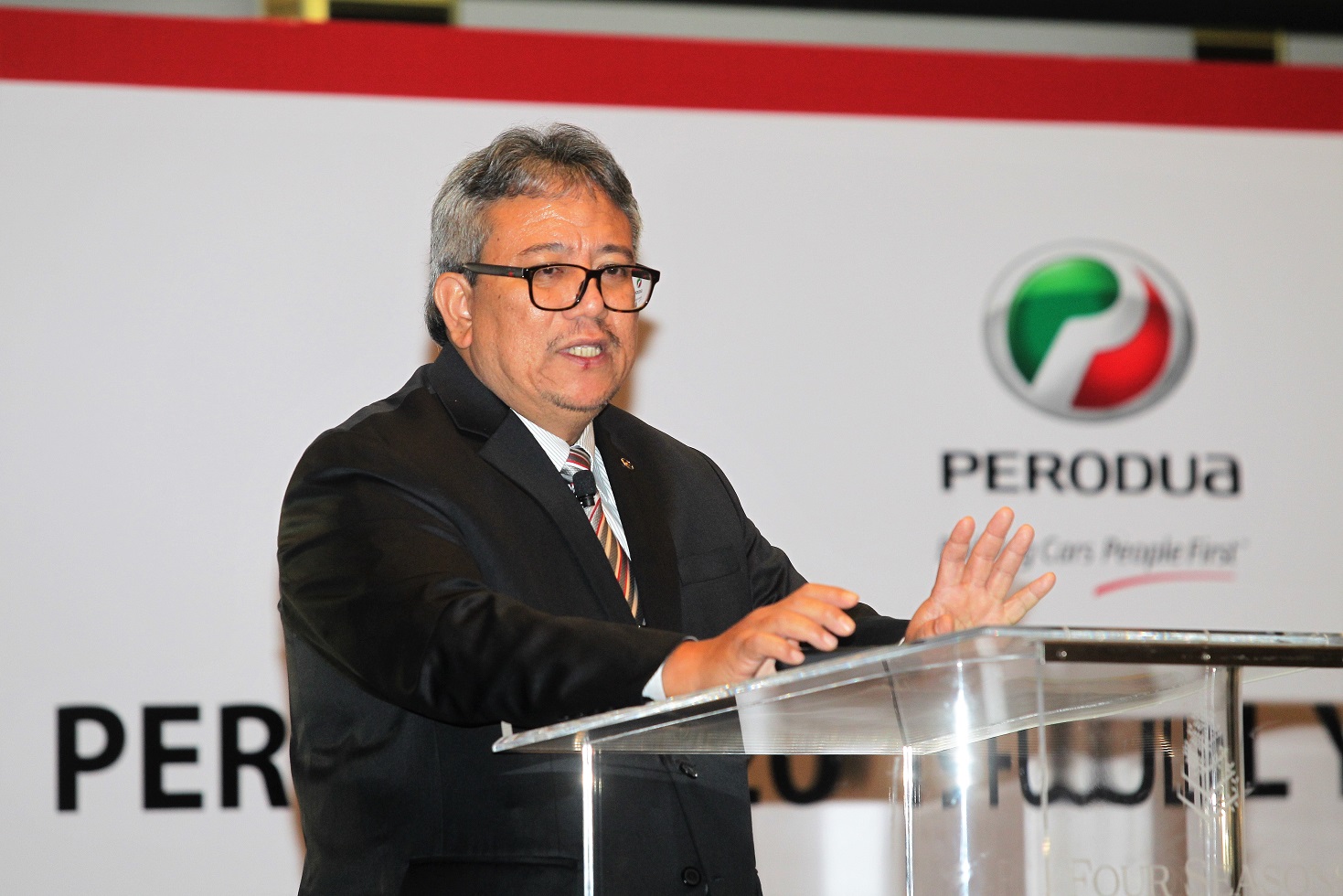 Back when the Geely merger was first penned, it was no secret that the Chinese carmaker intended to use Proton and its production facilities in Malaysia as its export hub for right-hand drive markets. Proton’s export business looks primed for growth in 2020, with Li setting a target of 4,000 units to be exported to over 10 countries this year. That’s roughly four times Proton’s export total of 2019, but Li remains adamant that Proton can do closer to 6,000 units this year with the right support from relevant authorities.

Perodua has had a more fruitful year on the export front with 2,825 units shipped out in 2019 – 1,800 of which were accounted for by Indonesia. No lofty targets were set for 2020, not publicly at least, but product launches in Mauritius and Sri Lanka last year should boost the carmaker’s business beyond Malaysian borders in 2020.

Either way, it looks like 2020 will be a very busy year for both our national carmakers. Who will you be rooting for?