Video: the Fiat Panda is now a zero-star NCAP car

Oops. One year after the Fiat Punto became the first car to score zero stars in the Euro NCAP crash tests, the Fiat Panda has followed in its footsteps.

The current-gen Panda was first tested upon launch in 2011, and its retest has shown that its safety systems haven’t progressed since. Indeed, the advancement of car industry safety standards in the seven years since mean the Panda has effectively gone backwards, its original four-star rating eviscerated.

There are numerous reasons why, chief among them its lack of modern safety tech like autonomous emergency braking or lane assist and its poor protection of children. The latter applies both in the rear seats and via the ambiguity of the system that turns off the front passenger airbag when a child seat’s in place.

“Overall, the Panda scored no points in the dynamic tests for its protection of children,” one especially chilling line of the Panda’s report reads. “The Panda has a seatbelt reminder system for the front and rear seats. However, the system did not meet Euro NCAP’s requirements for the rear and only the front-seat system scored. The Panda is not equipped with any other driver-assistance system which scores in Euro NCAP’s rating scheme.” 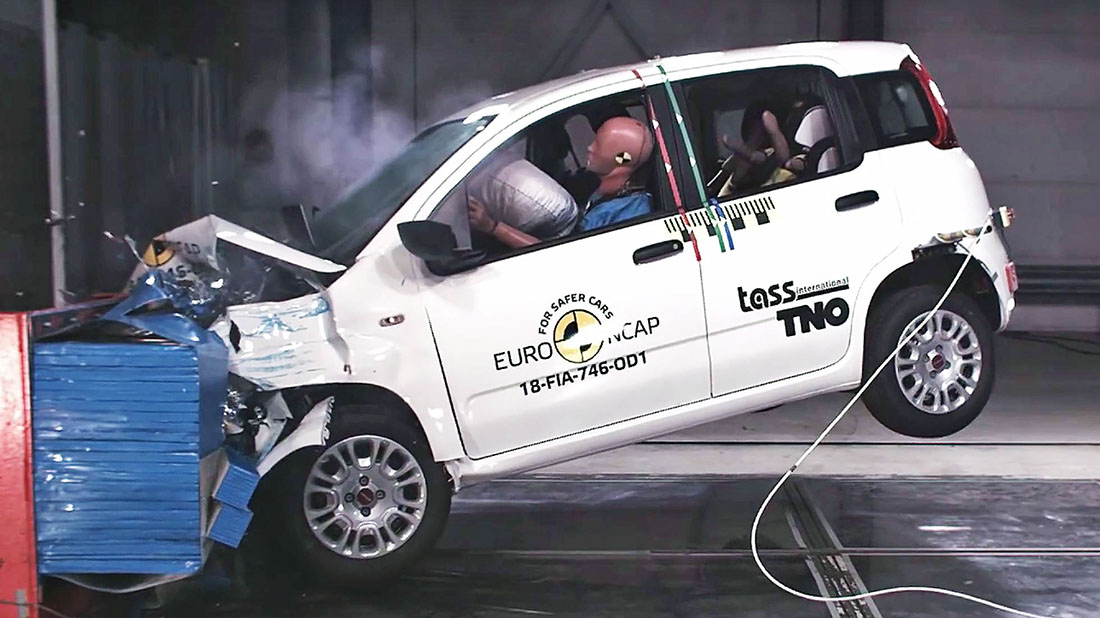 To add insult to (potentially quite literal) injury for Fiat Chrysler Automobile, the brand new Jeep Wrangler also scored just one star in the same round of tests. Sure, it’s a rough’n’tumble off-roader, and its buyers are knowingly eschewing a bit of sophistication by buying one. But it makes the three-star Suzuki Jimny suddenly appear a lot safer.

“It is truly disappointing to see a brand-new car being put on sale in 2018 with no autonomous braking system and no lane assistance,” says Euro NCAP’s Michiel van Ratingen. “It is high time we saw a product from the Fiat-Chrysler group offering safety to rival its competitors.”

Given the company is now responsible for the three worst scorers in NCAP history, it’s hard not to argue…