Vauxhall is working on an electric Astra hot hatch

Vauxhall is working on an electric Astra hot hatch 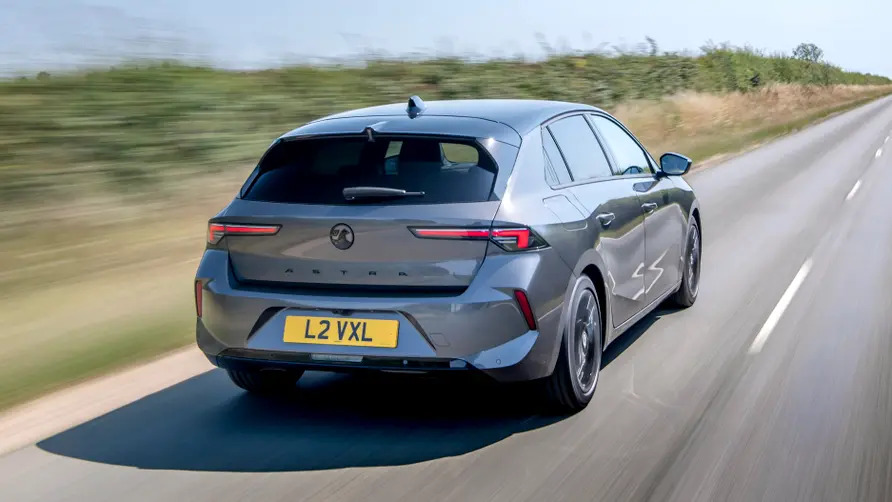 Vauxhall is working on a hot hatch version of its forthcoming electric Astra, design boss Mark Adams has suggested to TopGear.com.

A fully electric Astra will join the line-up in 2023, and along with a warmer, more powerful plug-in hybrid version of the Mk8 hatch, a performance version of the EV is also on the cards.

When asked about the prospect of an electric hot hatch, Adams hinted: “Yeah, we’re working on things that are not too far away, where we’re gonna be embarking in that direction.”

Intrigued? Us too. We haven’t had a hot version of the Astra in the UK since the VXR fizzled out of Vauxhall’s brochure. That chalked off 0-100kph in 5.9 seconds and mustered 280bhp: would you believe we called that ‘class-leading power output’ at the time? Different era.

Anyway, Adams wouldn’t be drawn on details, but did say the ‘bold and pure’ design philosophy that Vauxhall is applying to its new cars could include a sportier interpretation.

“There’s a fine line between being perceived as sporty and dynamic, which is a positive attribute, let’s say,” he explained. “But at the same time you don’t necessarily want a brand that’s harsh and aggressive. It’s finding that sweet spot, and we have to, as designers, definitely think about those softer factors.”

So perhaps the new Honda Civic Type R - with its less, er, yobbish styling - really is the beginning of something new?

Unlike the smaller Corsa-e supermini (and its sister car, the Peugeot e-208), the electric Astra will be based on parent company Stellantis’s refined, EMP2 V3 platform. It can adapt to internal combustion, plug-in hybrid and battery-electric powertrains, which means production can take place on a single line at the company’s Russelsheim plant.

But we all know what happens with EVs: bodywork gets made as slippery as possible to eke out the maximum amount of range. Is Adams worried about what that could do to his finely crafted handiwork?
“Does it put constraints on when you’re trying to be more aerodynamically efficient? Of course it does,” he admits. “But the challenge as always is how do you get what you want visually to work with the functionality?

“Not only have we got to have certain interior space, a certain luggage volume… but then it’s also got to be super-efficient and aerodynamic. You’ve got to get the balance of all of those things. And that doesn’t come easy. That just takes a lot of hard effort and experience.”

We’ve yet to see much in the way of electric hot hatches, with only really the Cupra Born occupying that segment at the moment. But we’ve driven the latest Astra on UK soil now and the chassis is clearly good enough to handle something more performance focused.

Do you reckon a leccy Astra can live up to that VXR heritage?