Valentino Rossi to take 'one more lap' at EICMA 2021 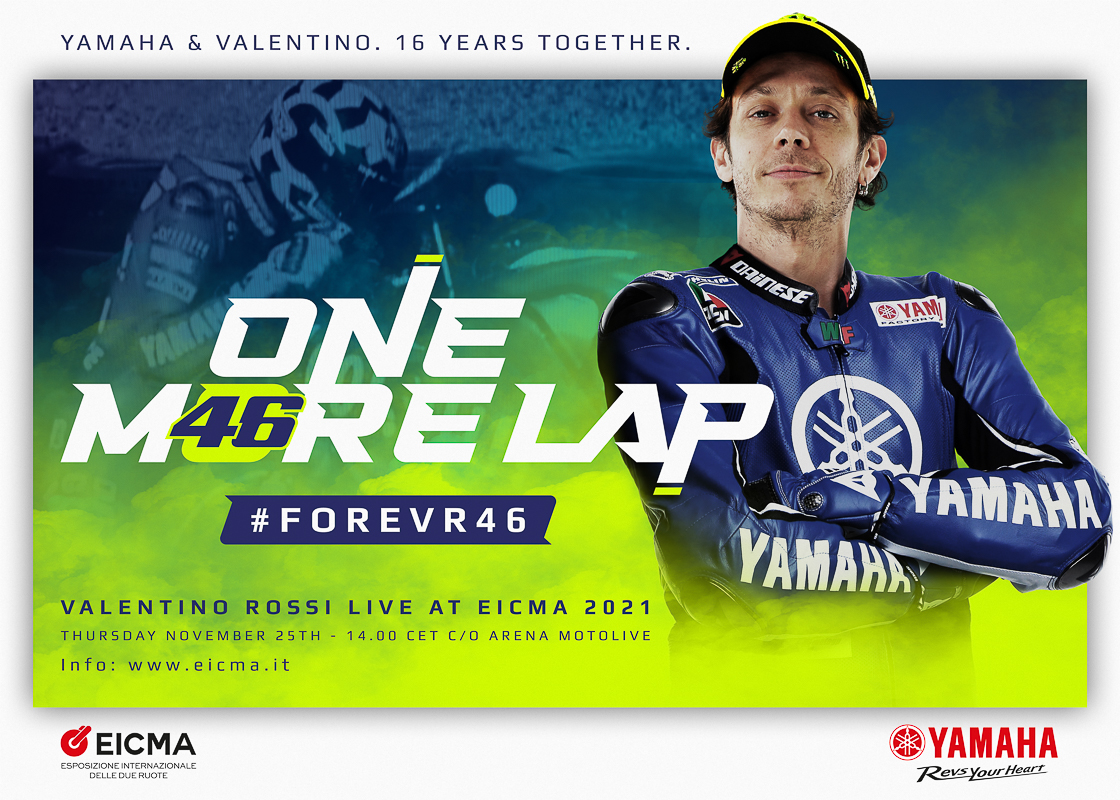 If you're able to go to Milan, Italy on 25 November 2021, you might want to head over to EICMA 2021 (International Motorcycle and Accessories Exhibition) where Yamaha will be organising a very special event to pay tribute to one of the greatest MotoGP riders of all time, Valentino Rossi. The event is called "One More Lap" where the MotoGP GOAT will take a lap of honour around the makeshift circuit at the MotoLive Arena.

Fans and enthusiasts of the nine-time world champion can also take part, but places are limited in order to keep in compliance with the set SOPs during the event. Rossi will be flying straight to Milan a few days after concluding his career as a MotoGP rider in Valencia, Spain at the end of the 2021 championship season (Fabio Quartararo was crowned the 2021 MotoGP world champion yesterday after Ducati's Pecco Bagnaia crashed out while leading the race).

As stated above, participation is possible if you wish to ride with the great Valentino Rossi on this lap of honour, but it is limited but free of charge. To know more, head over to www.eicma.it where the full details of the Yamaha x Valentino Rossi "One More Lap" event will be posted soon. This year's EICMA is set to be one heck of a legendary event.

Memories that will last long after his retirement! 💛@ValeYellow46 soaked up the applause from his loyal fans after his final home Grand Prix! 🤩#GrazieVale #EmiliaRomagnaGP 🏁 pic.twitter.com/ivJsPjj7GQ