Tuners have given the Rolls-Royce Cullinan an expedition mod

Tuners have given the Rolls-Royce Cullinan an expedition mod 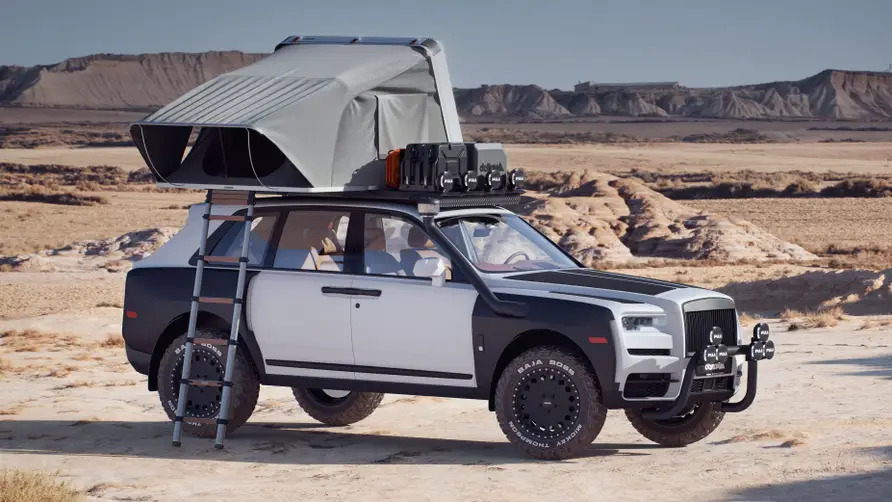 Rolls-Royce prides itself on the historic exploits of its archive in traversing any terrain, and rightly so. But those cars, engineered to withstand much trauma, wore such talents lightly. Visually, at least.

Enter the Germans. Bavarian tuning outfit delta4x4 has decided what the Cullinan needed was a more visual declaration of its abilities. And… more abilities. The new series of upgrades makes the Rolls-Royce of SUVs fit for quite the expedition.

Details supplied are brief, but they run: 80mm raised ground clearance via big wheels wearing special tyres, and “improved lift” (new suspension). From there, the undercarriage and exhaust get some protection (the latter a new unit that’s freer and more sonorous), while the fitment of a snorkel will allow the Cullinan to go swimming.

There’s a roof rack, there are rally-spec “Japanese PIAA headlights”, and you can option the entire lot for €150,000 (RM690k) to create the ‘OffRoad Tuner’ version. Or of course, just pick the bits you really want individually.

“Converting such a rolling icon at the price of an apartment is quite the challenge,” explains the company, “since it must stylistically and functionally sound and clearly display custom-made perfection, no less. Anything else would hardly do justice to the original.”